A feast of experiences that capture the soul of Crete 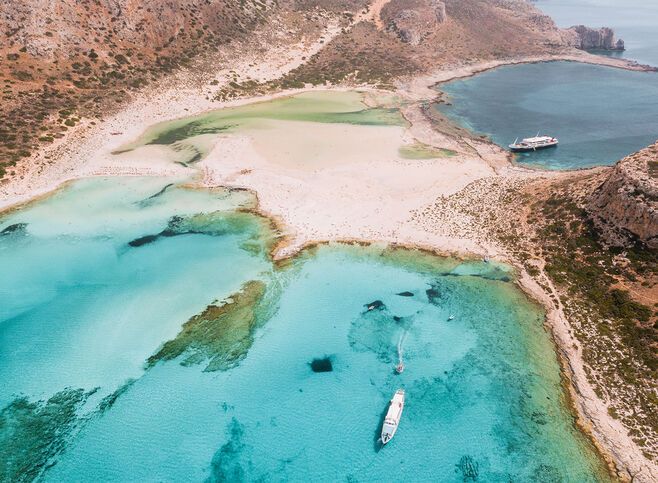 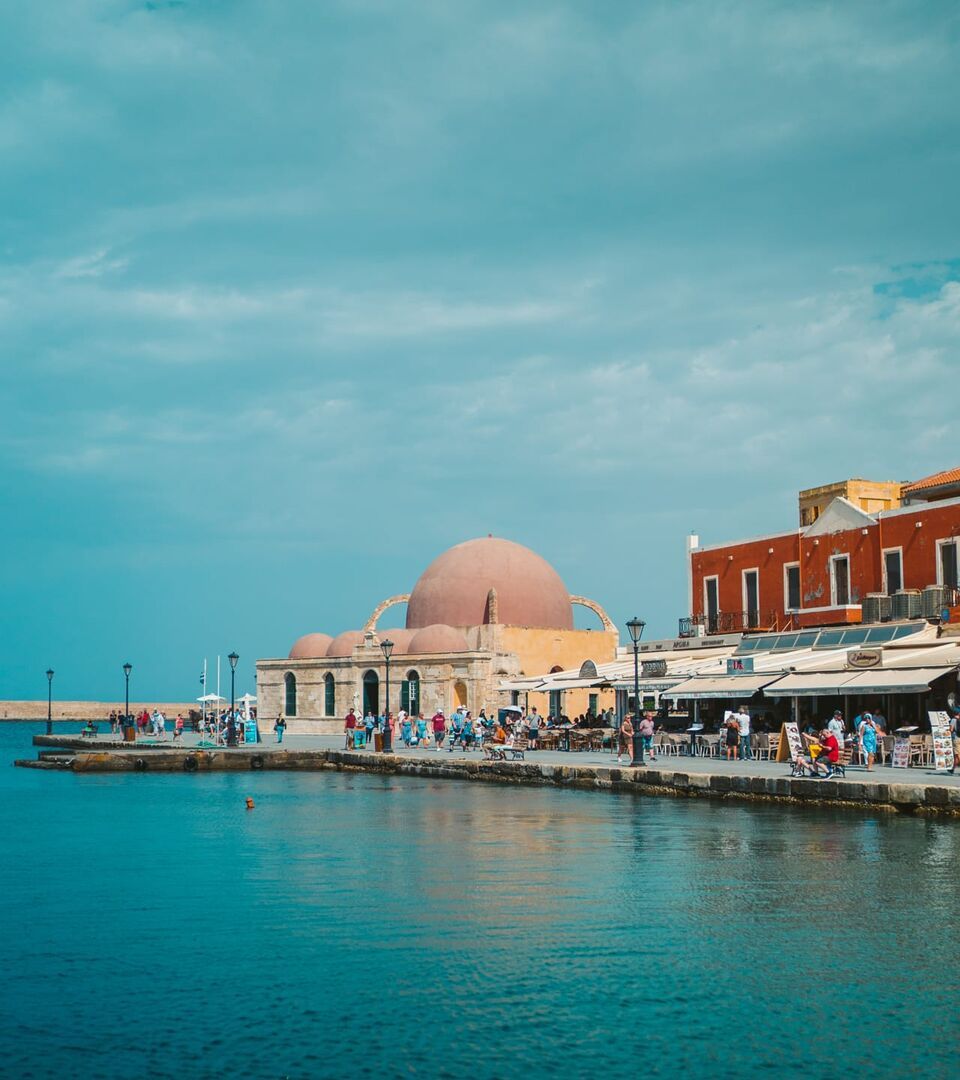 Today
15°
WED
14°
THU
14°
FRI
11°
SAT
12°
From its fascinating Old Town to exotic Balos beach and the famous Samaria Gorge, Chania will treat you to an array of unforgettable adventures (and a little home-brewed raki).

It seems that Chania was always one of the most popular destinations in Greece. Romans, Byzantines, Venetians, Ottomans… all came through Chania settled here at one time or another, creating the multicultural corner of Crete we can enjoy today.

Wandering around the port of Chania, you’ll encounter the Venetian lighthouse, the Grand Arsenal, Kum Kapi and Halepa. And beyond the town, you’ll find the famous beaches of Agia Marina, Stalos and Platanias. Go a little further still and you’ll reach exotic Balos and Falasarna, two of Greece’s pin-up beaches.

And in southern Chania, the world-famous Samaria Gorge invites you to explore it. So much to do, so little time in which to do it!

What to do in Chania, Crete

You’ll discover the secrets of Chania step by step: the picture-perfect lighthouse at the port, the Küçük Hasan mosque, the renovated Grand Arsenal, the Splanzia ruins and the Kum Kapi at Miaouli Beach.

Lose yourself in the aristocratic suburb of Halepa, with its neoclassical buildings that once hosted the consulates of the Great Powers. You’ll feel as if you’re in a different era: the school of “San Joseph”, the Russian church of Saint Mary Magdelene, the Palace of Prince George… and so much more.

Spend an afternoon on Kastelli Hill

Kastelli Hill was once ancient Kydonia and, later, a Byzantine castle. Eventually, a city was built around it, with new walls erected by the Venetians. You’ll see the Byzantine influences on Karaoli Dimitriou Street and the excavated Proto-Minoan settlement on Kanevaro Street. Make your way to the edge of the Kastelli citadel to watch the sunset, which gives the old town a technicolour evening charm.

East of Chania, Akrotiri and its old monasteries await. You can walk to the monasteries of Agia Triada Tsagarolon (17th century) and Gouverneto (16th century) and to the ruins of a Catholic monastery believed to be the oldest in Crete (11th century). And then there is Panagia Arkoudiotissa, whose altar is hidden in the dark of the so-called Arkoudospilias (Bear Cave), named after a bear-shaped stalactite. Its religious history dates back to ancient times when the goddess Artemis was worshipped here.

Taste the local cuisine of Crete

You’ll understand why Cretan cuisine has gained worldwide acclaim. In the fish tavernas, rakadika and historic cafes, the flavours of Crete will win you over. For a more innovative culinary experience, try Chania’s gourmet restaurants, where renowned chefs have elevated the island’s traditional cuisine.

Enjoy a culinary tour of Chania

And it’s worth visiting the Apokoronas villages, about 20 minutes outside Chania town: Armeni, Vamos, Xirosterni, Kefalos, Gavalohori and Agios Pavlos… some of the most beautiful villages in Crete. Here you’ll experience authentic Cretan cuisine, sampling local recipes such as tsigariasto, boureki, kalitsounia, pilafi, dakos, as well as all sorts of delicious grilled meat.

Village hop through Chania at its most authentic

The Samaria Gorge has rightly earned legendary status from hikers who have visited Chania. It’s worth devoting a day to exploring its 16km length, especially the narrow passage (only 3m wide and over 100m tall) towards the end of the gorge called Portes (also known as the Iron Gates). Your five-hour hike will end in Agia Roumeli, where you’ll be rewarded with a refreshing swim. And keep an eye out for the elusive and rare wild Cretan goat as you go.

58km from Chania town and you’re in paradise. White sand, emerald water and magical sunsets. Endless beauty at one of the most stunning beaches in the Mediterranean, 3km long, north of which is Ancient Falarsana.

52km from Chania (or you can take a caique from Kissamos) and you find yourself in one of the most photographed beaches in Crete, the heavenly saltwater lagoon of Balos. Relax in its shallow blue-green water and sink your feet into the luminescent sand made up of thousands of broken seashells. Across the way, two islets, Gramvousa and Agria Gramvousa, form a protective perimeter.

Prepare to be mesmerised by Balos Beach

You’ll arrive at Hora Sfakion travelling south from Chania through the beautiful Aradaina Gorge. Discover the history and the legend surrounding the impressive Frangokastello Castle, built by the Venetians in 1371. In May 1866 a bloody battle took place here, between Mustafa Pasha’s soldiers and 338 of Hatzimichalis Dalianis’ warriors. It is said that the morning shadows, or Drosoulites, that cross the plain every May and June are the restless spirits of these warriors come to re-enact the conflict.

Museums of all kinds and eras

The Centre of Mediterranean Architecture, housed in the Grand Arsenal, has exceptional exhibitions and events. The building was the last dry dock erected by the Venetians in 1600 and its rebuilding began in 1941. As for other museums, be sure to put as many as you can in your itinerary: the Archaeological Museum, Byzantine and Post-Byzantine Collection, Nautical Museum of Crete (the second oldest in Greece), Typography Museum in the Park of Local Industries, and Arts & Crafts Village in Souda with its ceramic, mosaic, silversmith and glass-blowing workshops.

This is where you’ll encounter local customs and folklore. Tabakaria is the centre for traditional leather production. At Skrydlof Street (also called Leather Lane), you will find the classic high Cretan boots called stivania. In Karaoli Dimitriou, you can buy authentic Cretan knives, but beware of imitations – the real thing doesn’t cost less than 200 euros.

Chania is both a prefecture and city in western Crete and can easily be reached by plane or boat. The airport receives international and domestic flights (around 45mins from Athens and 1hr30min from Thessaloniki). There are daily ferry connections from Piraeus and periodically from islands in the Cyclades and Dodecanese. High-speed ferries (seasonal) reach Chania in 5-7hrs from Piraeus and conventional ferries take 9-12hrs.

The city of Chania in Greece is 15km from the airport (25-30 minutes). You can reach it by hire car or taxi. Alternatively, a shuttle bus runs from the airport to the town. Tickets are bought on the bus.

Chania has some of the most famous beaches on Crete. Falassarna, Balos, Elafonisi, Agia Marina and Platanias are just a few of them. Some beaches are sandy, whilst some have pebbles. Many have all the facilities that will allow you to spend the whole day there.

Chania is famous for its exotic and family-friendly beaches, cultural landmarks (especially in the Old Town) and Cretan cuisine. The most famous natural landmarks are the White Mountains and the Samaria Gorge, as well as the coastal and mountain villages (eg the Apokoronas villages).

Chania (and Crete generally) benefits from very good weather for most of the year, with summer conditions starting earlier and ending later than elsewhere in Greece. It does get busy in the peak summer holiday months (July and August), so come in May-June or September if you can. The ideal months to enjoy the outdoor activities are April-May and September-November.

Experience the best of Chania 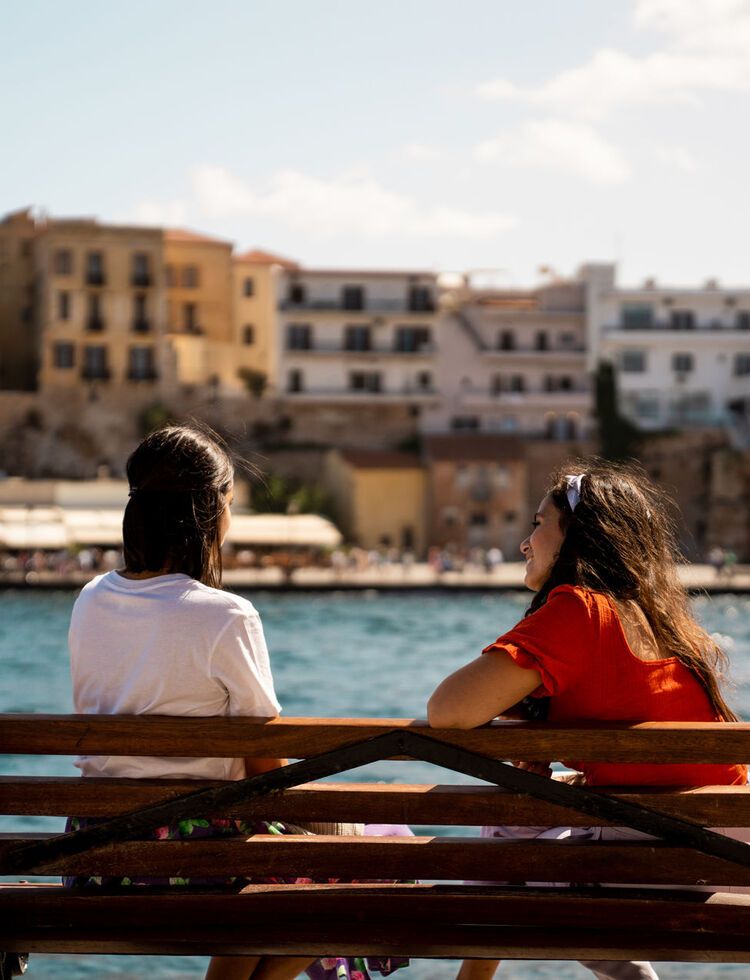 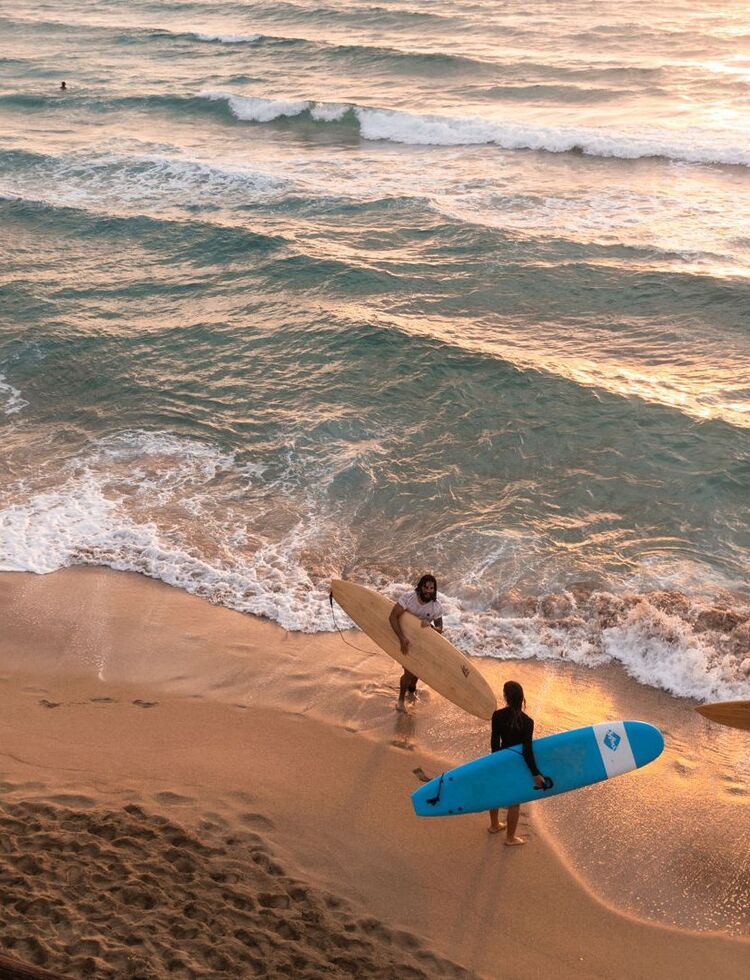 Where to enjoy water sports in Chania 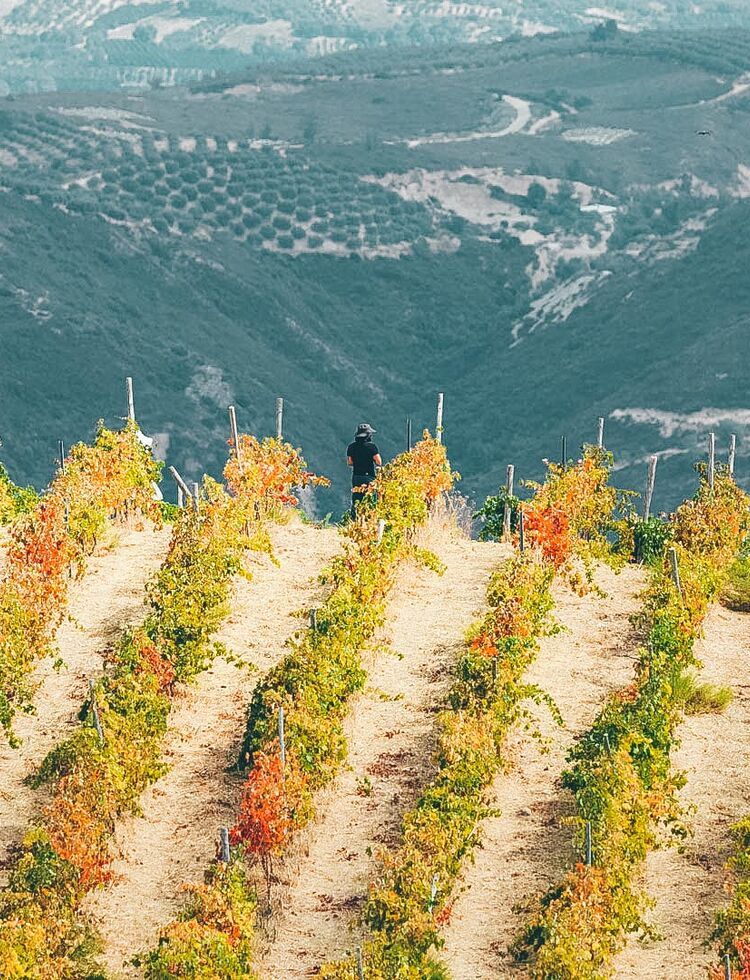 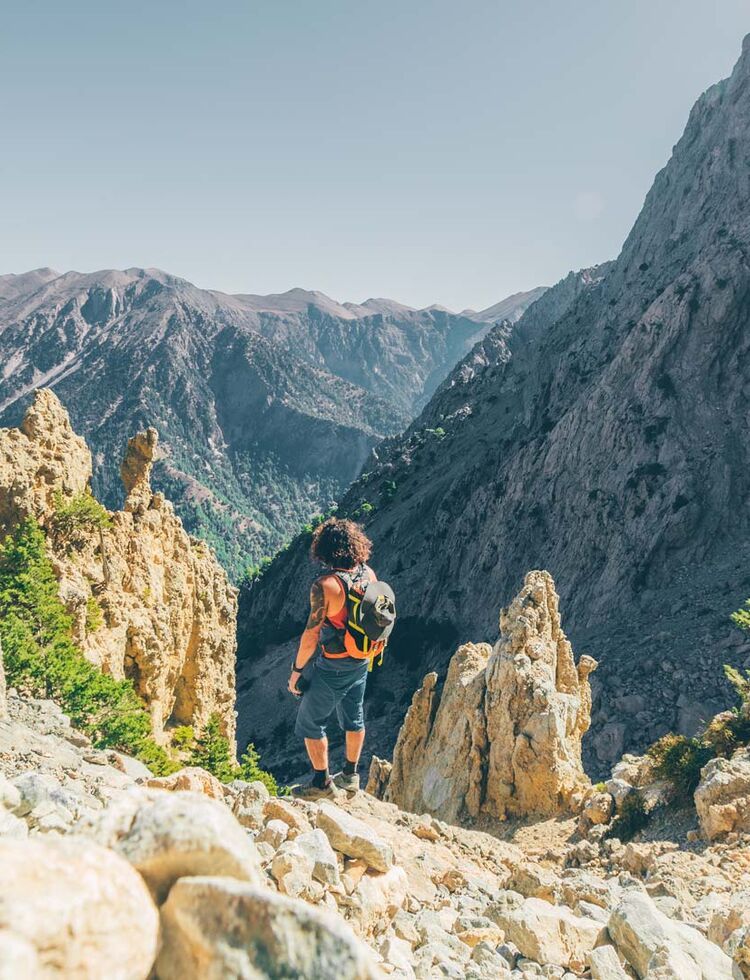 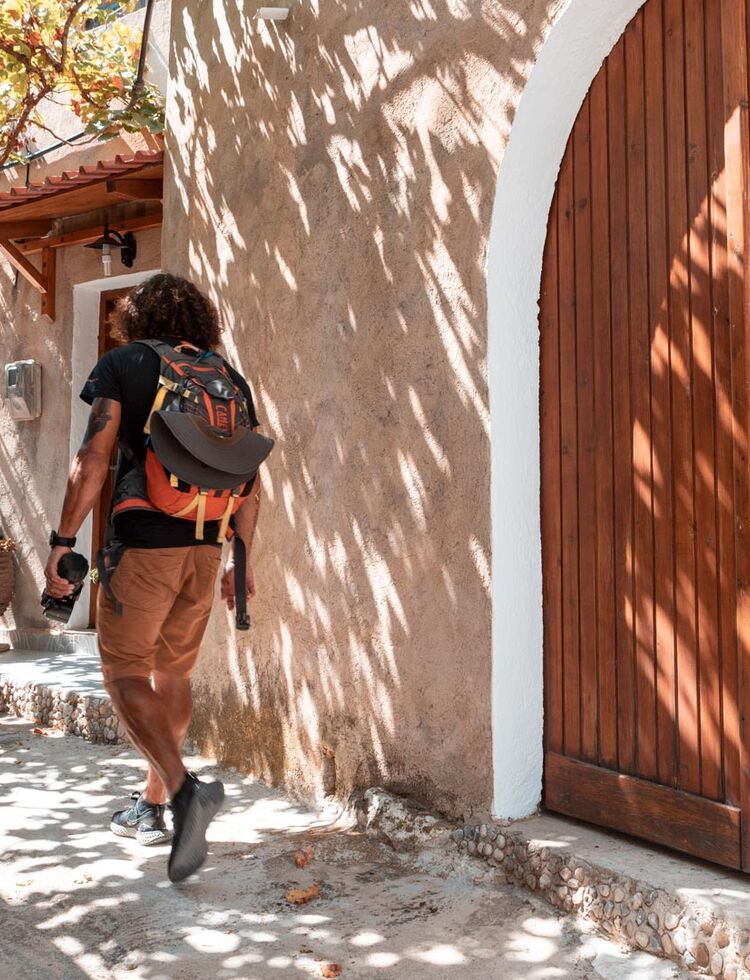 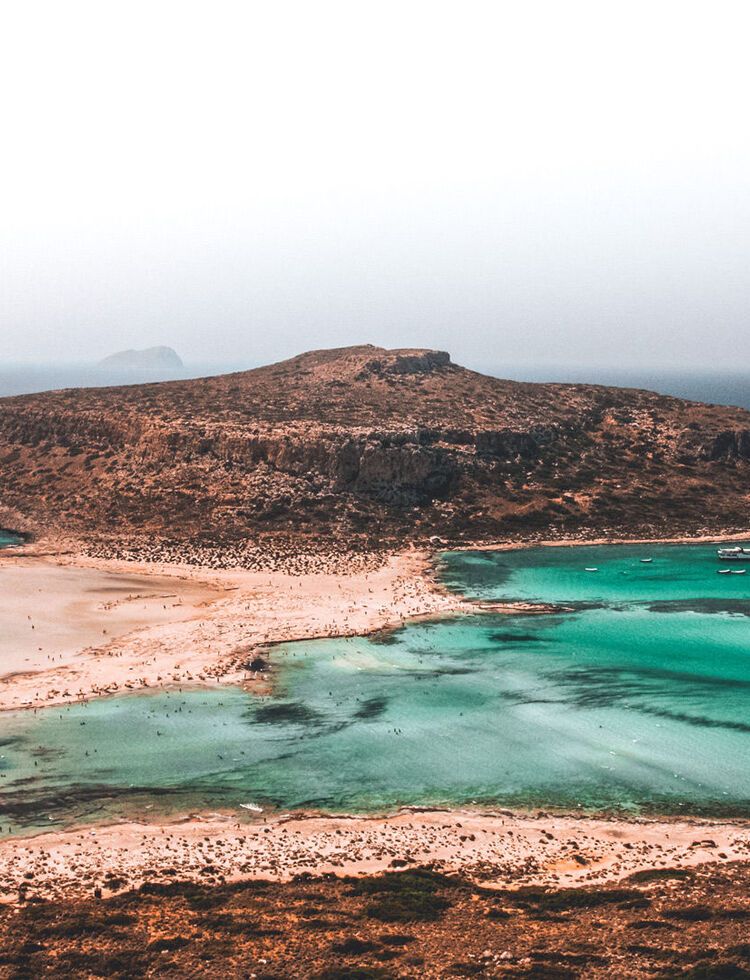 Prepare to be mesmerised at Crete's Balos beach

Group
Join this unique hiking tour and discover one of the most impressive ravines in the whole Europe! The enormous, rugged landscape of the Samaria Gorge!
Group
Combine a unique safari tour in the White Mountains of Crete and take in the most incredible panoramic views, visit traditional Cretan villages, learn the...
Group
Your stay in Crete is never complete without a visit to Knossos Palace. With this full day tour from Chania you will visit Knossos Palace...
EXPLORE ALL

Chania
from 63 €
BOOK NOW
VIEW ALL
Book your trip

#discovergreece
See the gallery
Walking tour of the Old Town
Strolling around Douliana village charming alleyways
5-day late-summer and autumn road trip in Chania
By Arthur Yeti
Elafonisi beach, Crete
Balos beach from above
Walking tour of the Old Town
Containing 450 species of plant and animal life, the Samaria Gorge is a UNESCO-protected Biosphere Reserve
Seitan Limani beach
By Alexandra Tran
Balos beach, Crete
Kalitsounia are small cheese pies, also with myzithra. Honey can be drizzled on before serving for an extra sweet touch
SUP experience at Falassarna beach during sunset
There are plenty of wineries to choose from, in the foothills of the White Mountains and around the Apokoronas villages
The Venetian port of Chania
Loutro, Chania
ITINERARY
8-day road trip to experience the best of Chania
From incredible countryside and culture to legendary food and village life, Chania captures the very soul of Crete. A road trip is the perfect way to discover it. And once you’ve experienced it, it never fails to become a part of you.
Discover It 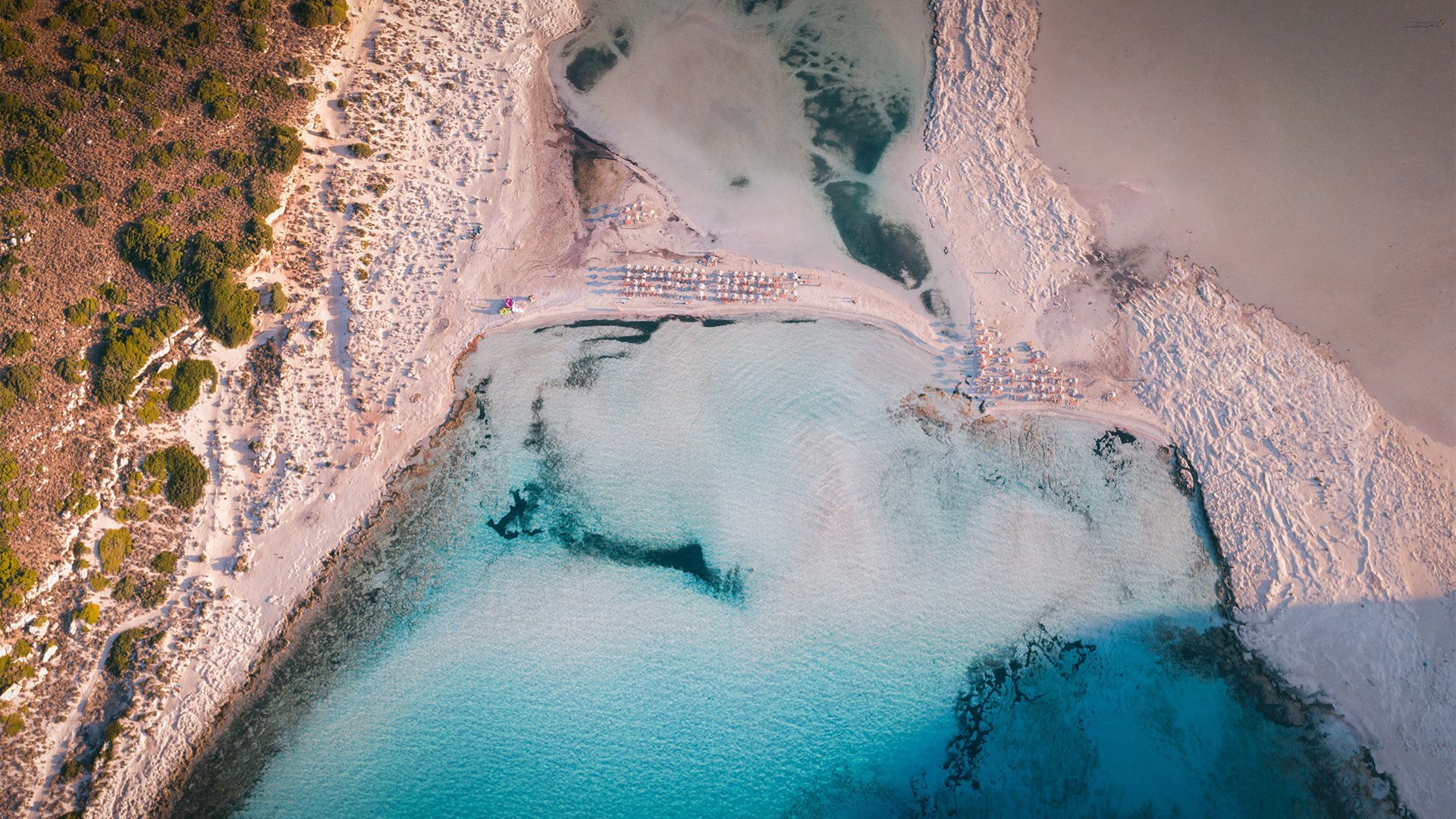 COVER STORY
Discover a world of adventure and activities in Chania
Arriving in Crete and seeing the incredible landscape of mountain and sea, it’s impossible not to want to enjoy all the incredible outdoor activities Chania of offer
Discover It 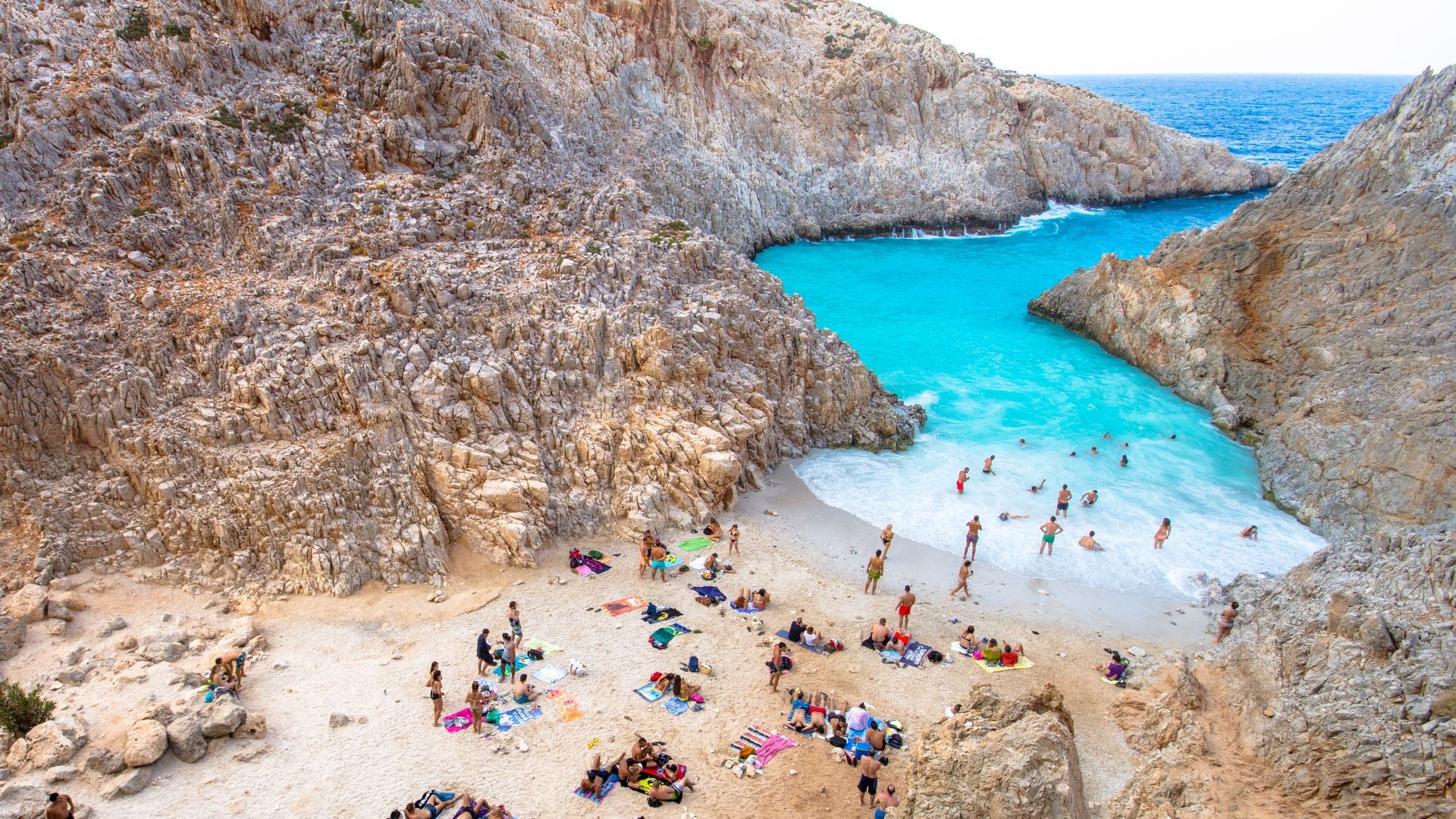 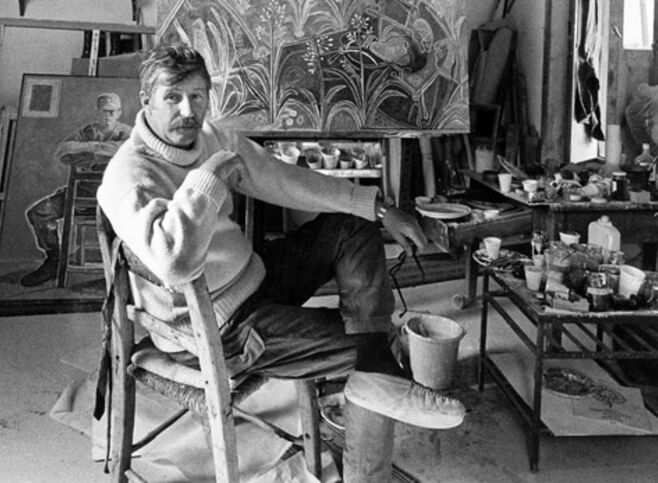 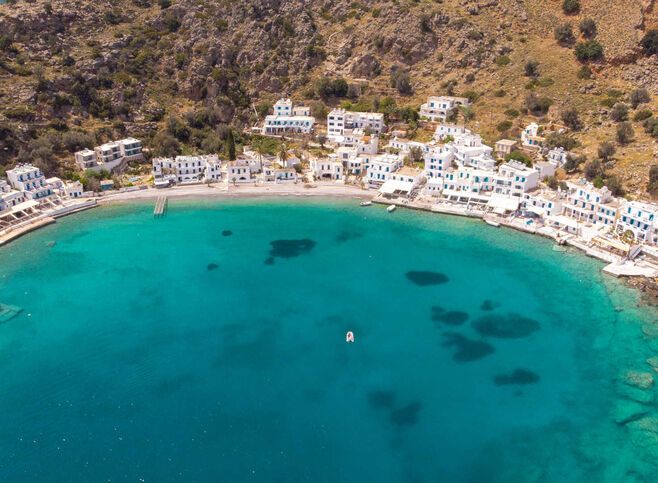 Get your bucket list of experiences in south Chania ready to make your holidays in Crete unforgettable. Amazing beaches, fishing villages, hiking through gorges and Frankish castles await 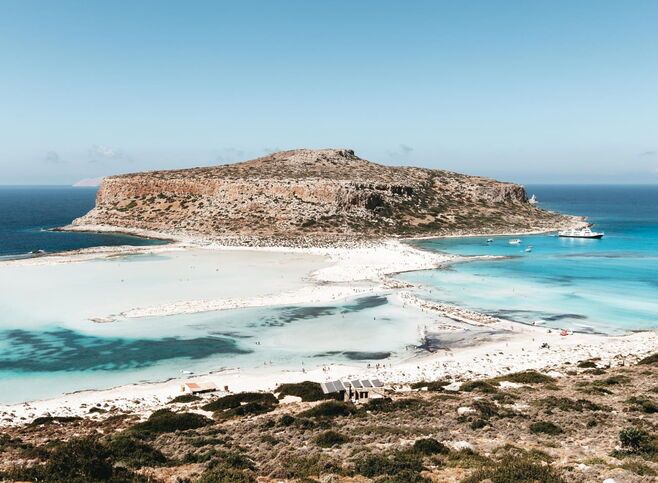 10 of the best beaches in Chania 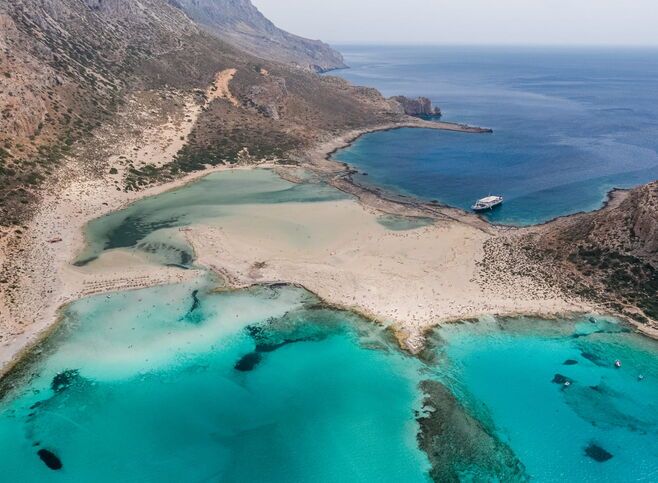 Discover 15 of the best beaches In Crete

Looking for inspiration on where to find the very best beaches in Crete? We’ve got all the highlights (and a few hidden gems) to get you planning your dream holiday in Crete
SEE ALL
DESTINATION