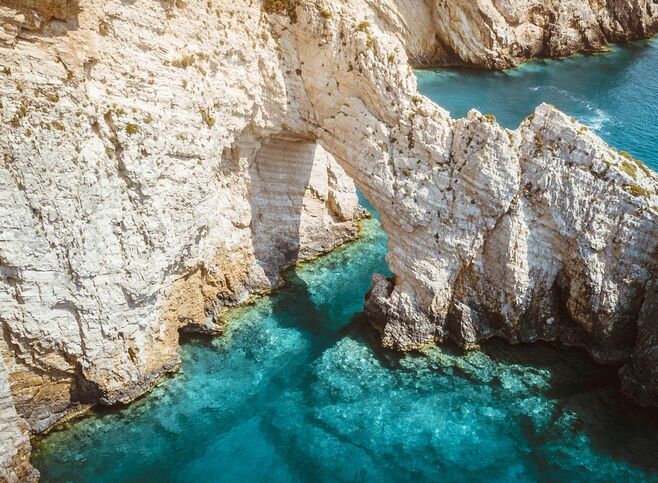 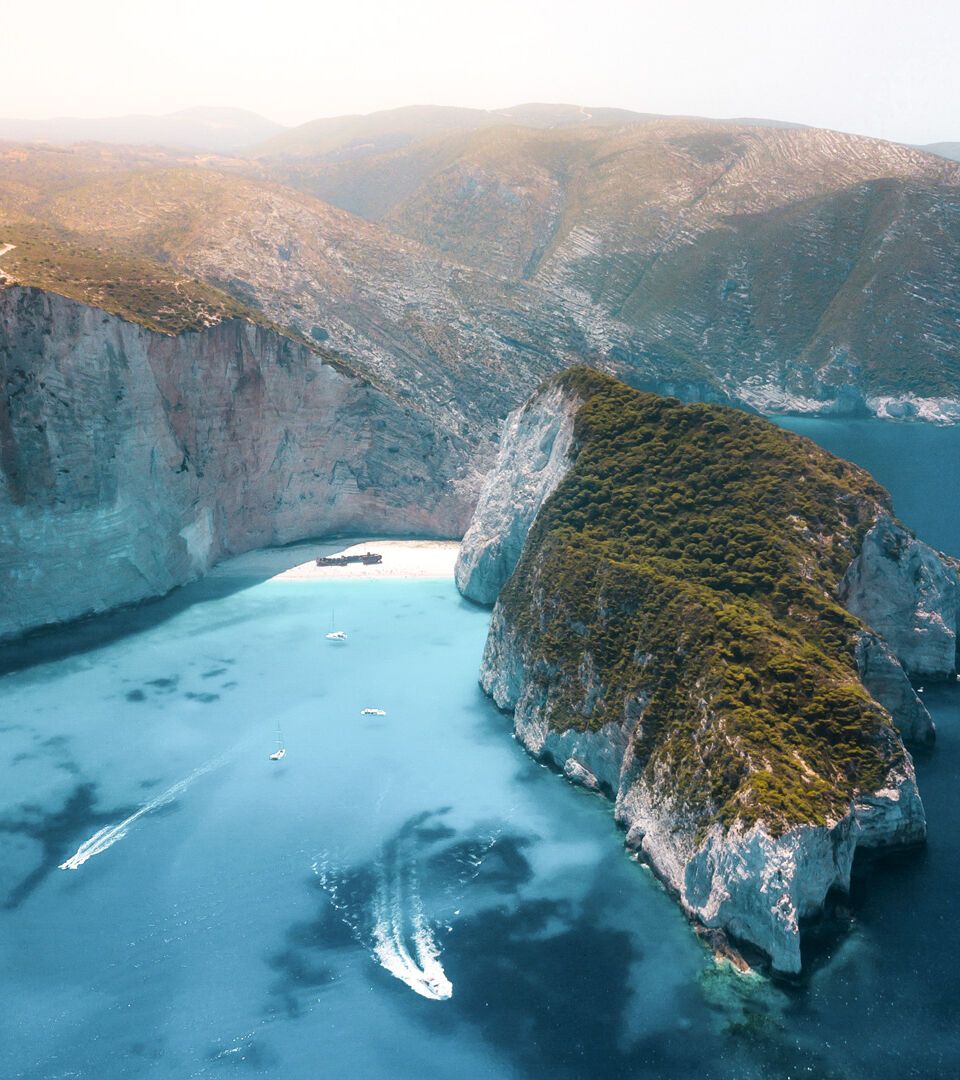 Today
12°
WED
14°
THU
13°
FRI
13°
SAT
11°
White beaches, sea turtles and a party atmosphere make Zante – or Zakynthos as the island is known in Greek – a favourite holiday destination in the magical Ionian Sea.

The Venetians called Zante Fiore di Levante, the Flower of the East, and its nobility and fertility made it the jewel of their empire. Today’s visitors to the southernmost Ionian Island (known as Zakynthos in Greek) would agree, though they come mostly for its iconic beaches – Lagana, Tsilivi, Argassi, Kalamaki, Alykes – where British, French and Italians know how to have a good time.

Looking for lifelong memories? You’ll find them when you swim at the famous Shipwreck Beach, watch the sunset from the cliffs of Keri and Kryoneri, listen to the islanders sing their cantatas and see the endangered caretta caretta sea turtles lay their eggs in the island’s white sands. Welcome to your holidays in Zante, the Ionian island that has it all.

What to do on Zante

A different beach every day of your holiday

From your seat on the caique, you’ll be treated to a procession of beaches around Zante, each seemingly more magical than the last: Laganas, Tsilivi Gerakas, Vasilikos, Marathonisi ... all ranking among the most splendid beaches in Greece. Not forgetting, of course, that Zakynthos landmark, Shipwreck Beach (Navagio), with its famous beached vessel that adds drama to the sandy setting, white cliffs and turquoise water. And then there’s the Blue Caves … not a beach, of course, but an unforgettable swimming spot. Come early in the morning or drop anchor the previous evening, so you can enjoy your first dive before the rest of the world arrives.

The sea around Zante was picked for Greece’s first marine park. This is where the rare caretta caretta sea turtles lay their eggs. In spring, these endangered creatures set off from the Libyan Sea and the southern Adriatic, not because they like the swim but because nature tells them to lay their eggs in the sands of Gerakas, Dafni, Kalamaki, Marathonisi and, especially, Sakania, east of Laganas, as they always have. If you’re lucky enough to witness this spectacle, please don’t disturb these beautiful creatures or their eggs.

Zante isn’t just about beaches. Take a stroll through lovely Bokhali, 2km from the centre of town, through alleyways lined with old houses and traditional cafes. You’ll find yourself stopping to admire the panoramic view of the harbour, Argassi, and the Bay of Laganas. And if you walk a bit higher, you’ll come to the castle, camouflaged by all manner of plant and shrub, where the Venetians had their island capital.

Pay a visit to the miraculous St Dionysios church

The church of St Dionysios draws visitors throughout the year as it houses the relics of the saint of the same name (also the island’s patron saint). The impressive church was built in 1926, with a three-aisled basilica and inner arch. Zante’s catastrophic earthquake of 1953 left it virtually undamaged. Miracle or just solid foundations?

The Strofades, more islands to explore

Only 37 nautical miles from Zante, these two islets are unknown to most tourists, Greek or foreign. A mystery surrounds the 15th-century fortified monastery here. It houses an icon of the Virgin that washed up here undamaged after being thrown into the sea by 13th-century Orthodox Christians in Constantinople to save it from the iconoclasts who were destroying all paintings with human figures.

Was Zante the original rolling stone?

Locals claim that Mick Jagger hails from the village of Kiliomeno (which translates as rolling) and that’s why he named his band The Rolling Stones. This is a big local tease but nobody’s kidding when it comes to singing the virtues of this delightful settlement. Take your time to admire the traditional architectural style of Zante and old homes which resemble fortresses.

A final cheers to Zante at the wineries

Set aside some time for a visit to a local winery, some of which go back centuries. Hundreds of hectares on Zante are devoted to vineyards and there are more than 60 different grape varieties.

The Ionian island goes by both names – Zakynthos, which is its Greek name, and Zante, its name in Italian. It was first mentioned as Zakynthos thousands of years ago in Homer’s epic poems, the Iliad and the Odyssey.

The most famous sight in Zante is Navagio beach, meaning shipwreck in Greek. The island is also a breeding place of the endangered caretta caretta sea turtles.

If you are seeking lively nightlife, then Laganas is the best place to stay. Its beach parties and seaside clubs are legendary. For more peaceful holidays on Zante, other places like Limni Keriou offer more low-key entertainment.

Experience the best of Zakynthos 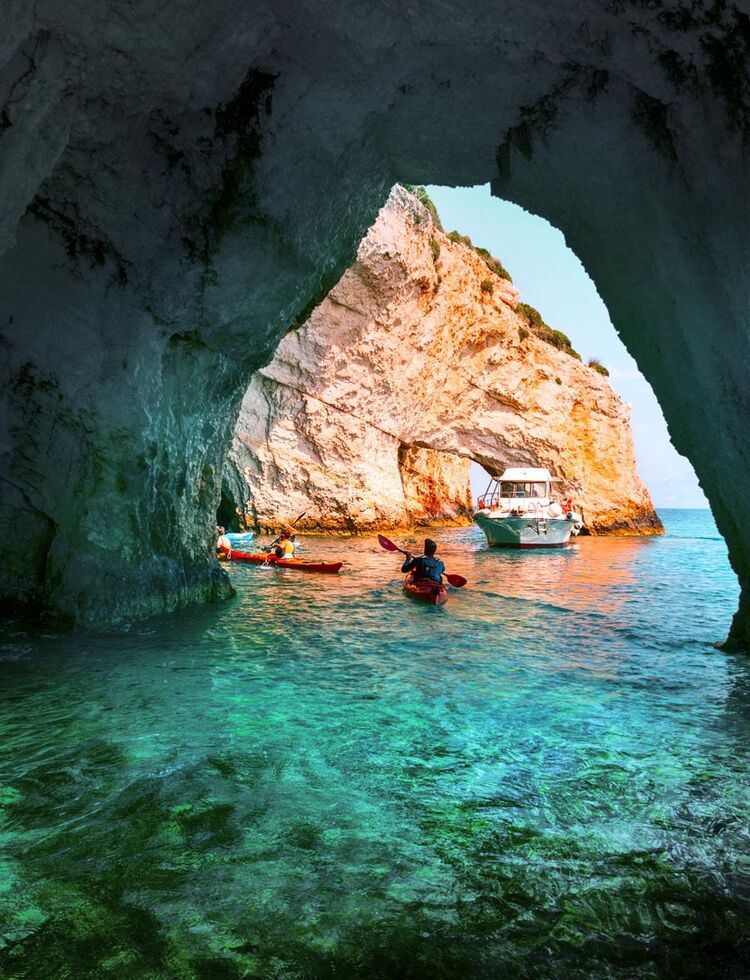 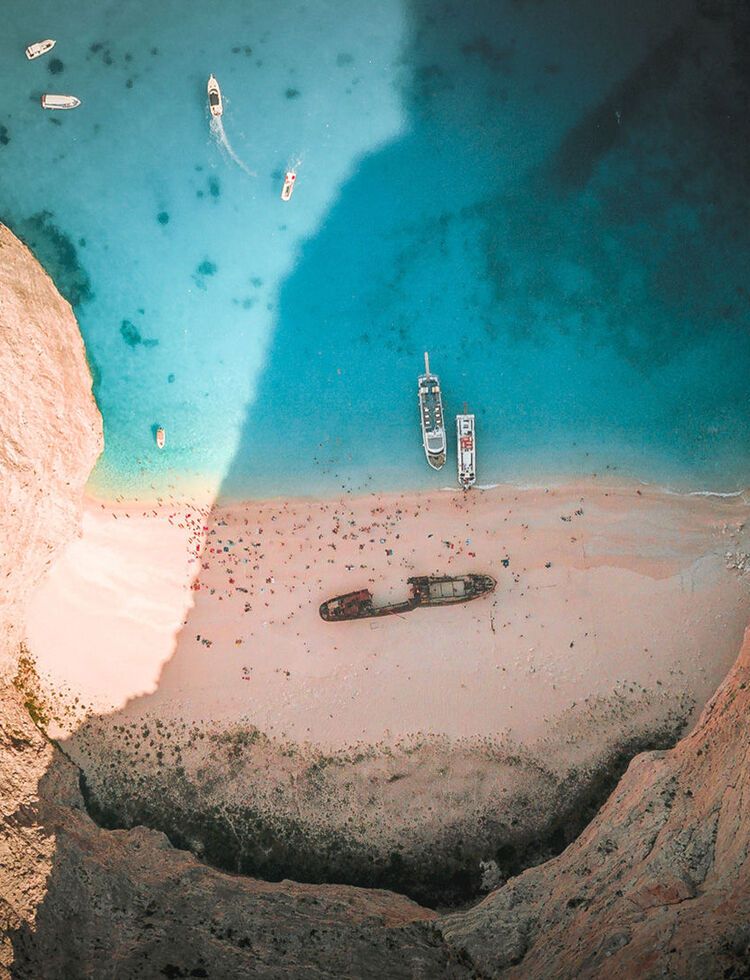 Group
Spend a memorable day steeped in history and culture discovering Zakynthos with an expert guide. Very proud of many local products and crafts from olives,...
Group
Sail through the crystal blue waters of the Ionian sea, enjoy the sunshine and feel the sea breezes on this amazing sightseeing cruise from Zakynthos.
EXPLORE ALL 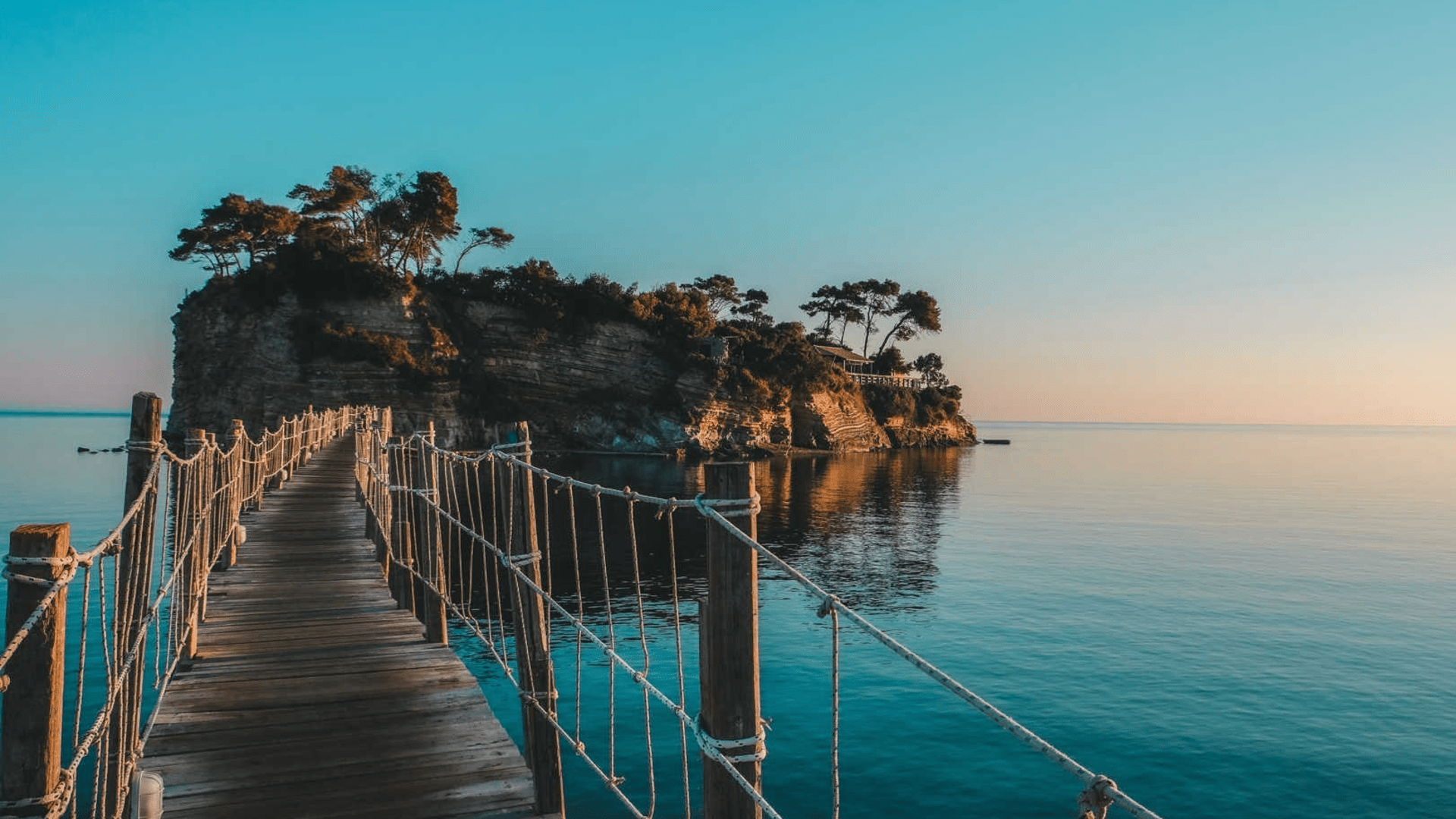 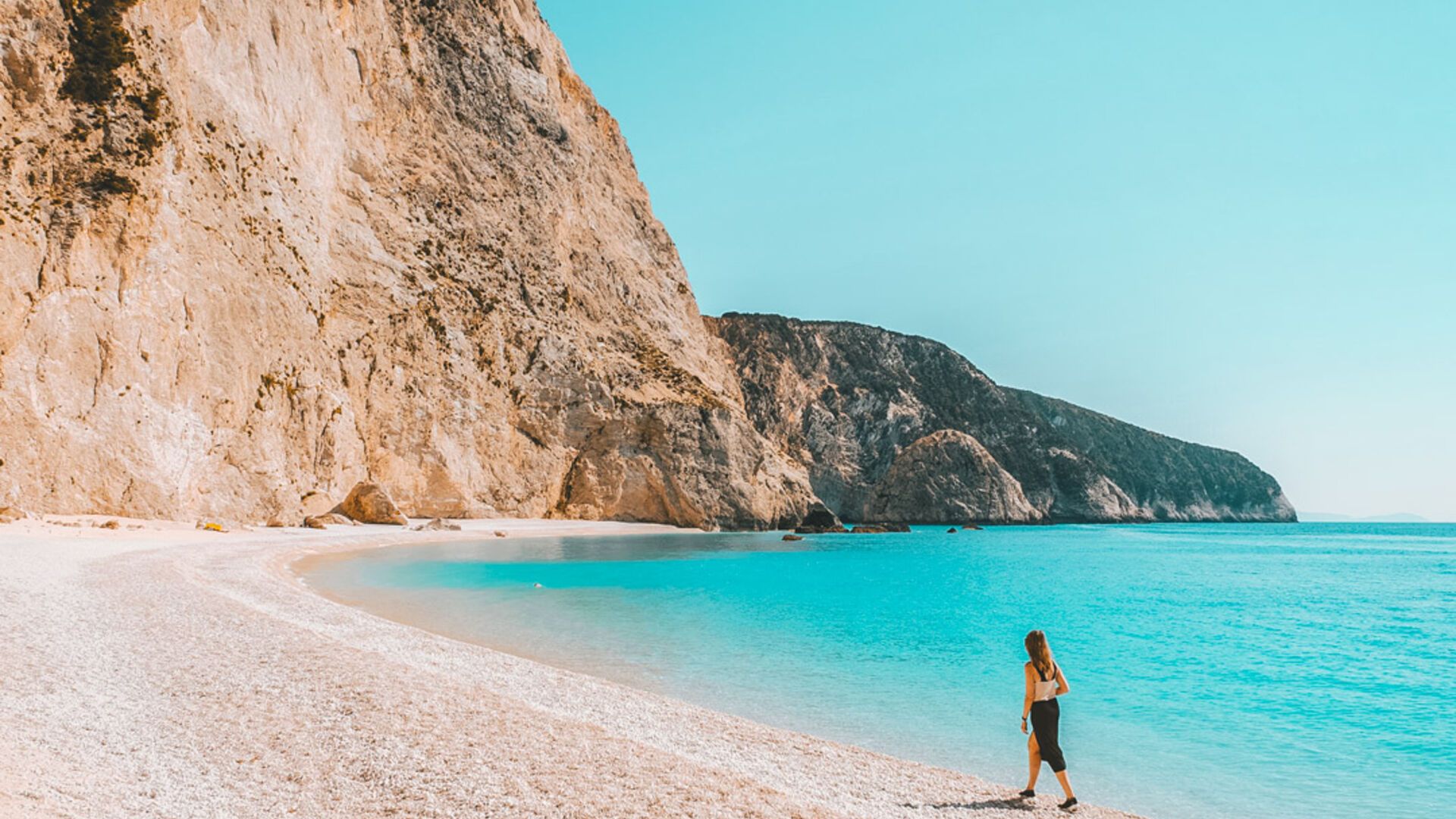 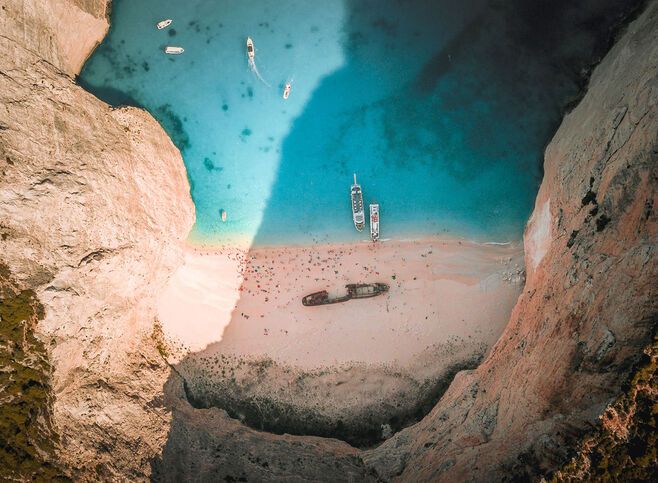 12 of the best beaches in Zante

Where do you begin when it comes to beaches in Zante? Right here because we’ve got you covered as you prepare for your dream holidays in Zakynthos