It doesn’t matter how well you think you know Greece, if you haven’t visited the Apokoronas villages of Chania, you haven’t experienced Crete at its traditional best 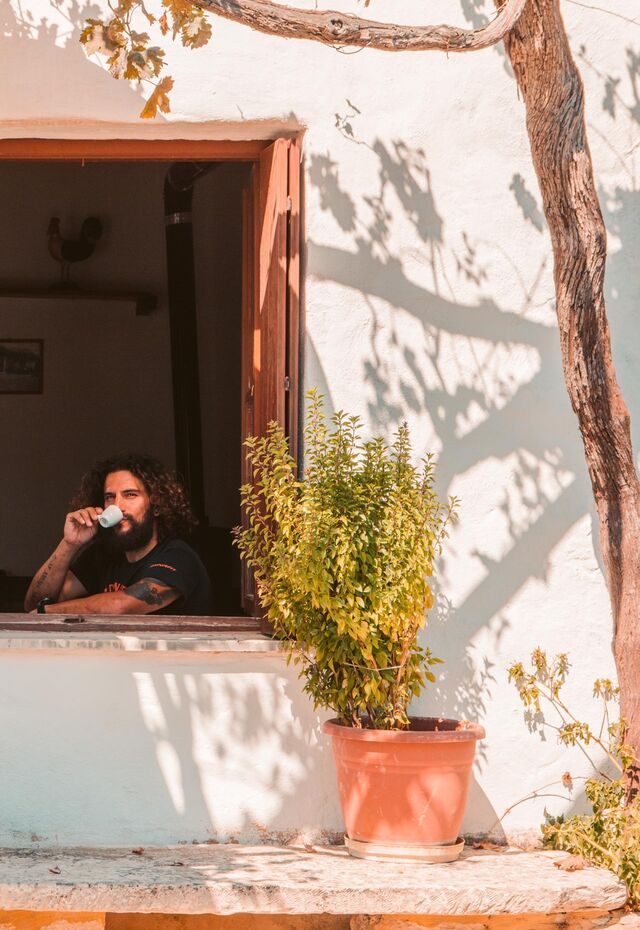 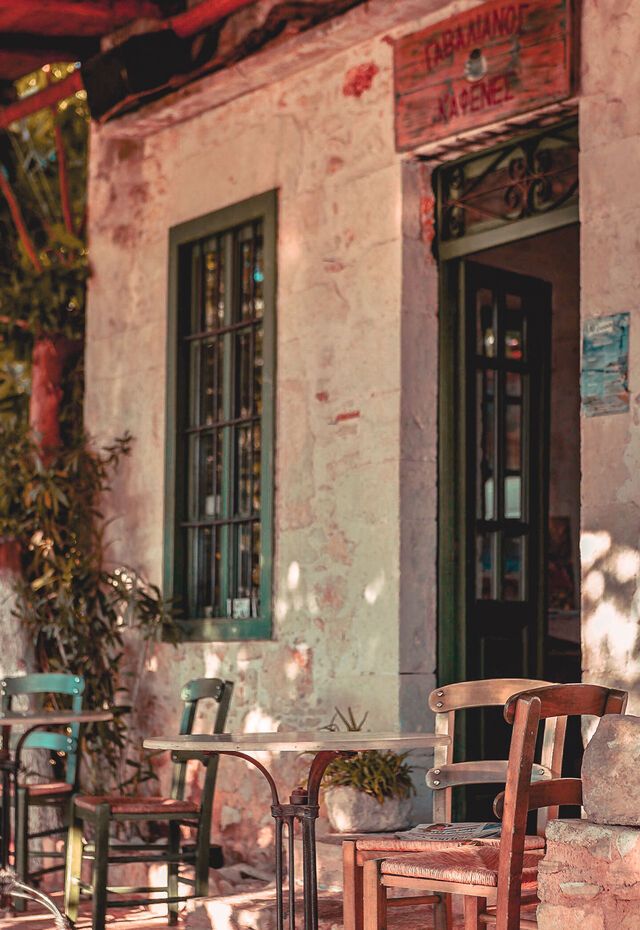 View on map
Duration
2 days
Season
All year round

You’ll immediately know you’ve looked into the soul of Crete when you visit the villages of Chania. And nowhere more so than in the Apokoronas villages, a collection of 34 settlements either by the coast or in the valleys of the legendary White Mountains.

So close to the city of Chania that you’ll be astonished how completely they’ve kept their traditional ways, the villages radiate all the authenticity of this proud region of Crete.

The changing scenery of each season still determines the flow of daily life in Crete’s villages, where smiling locals greet you as if they’ve known you forever.

If you come at the right time of year, you’ll witness olive groves and vineyards in bloom or full of the collective energy of harvest. You can even visit olive presses still powered by watermill.

And how about visiting a distillery that creates the local firewater (raki) that fuels the endless banter of the locals? It’s this love of life they so much want to share with you. 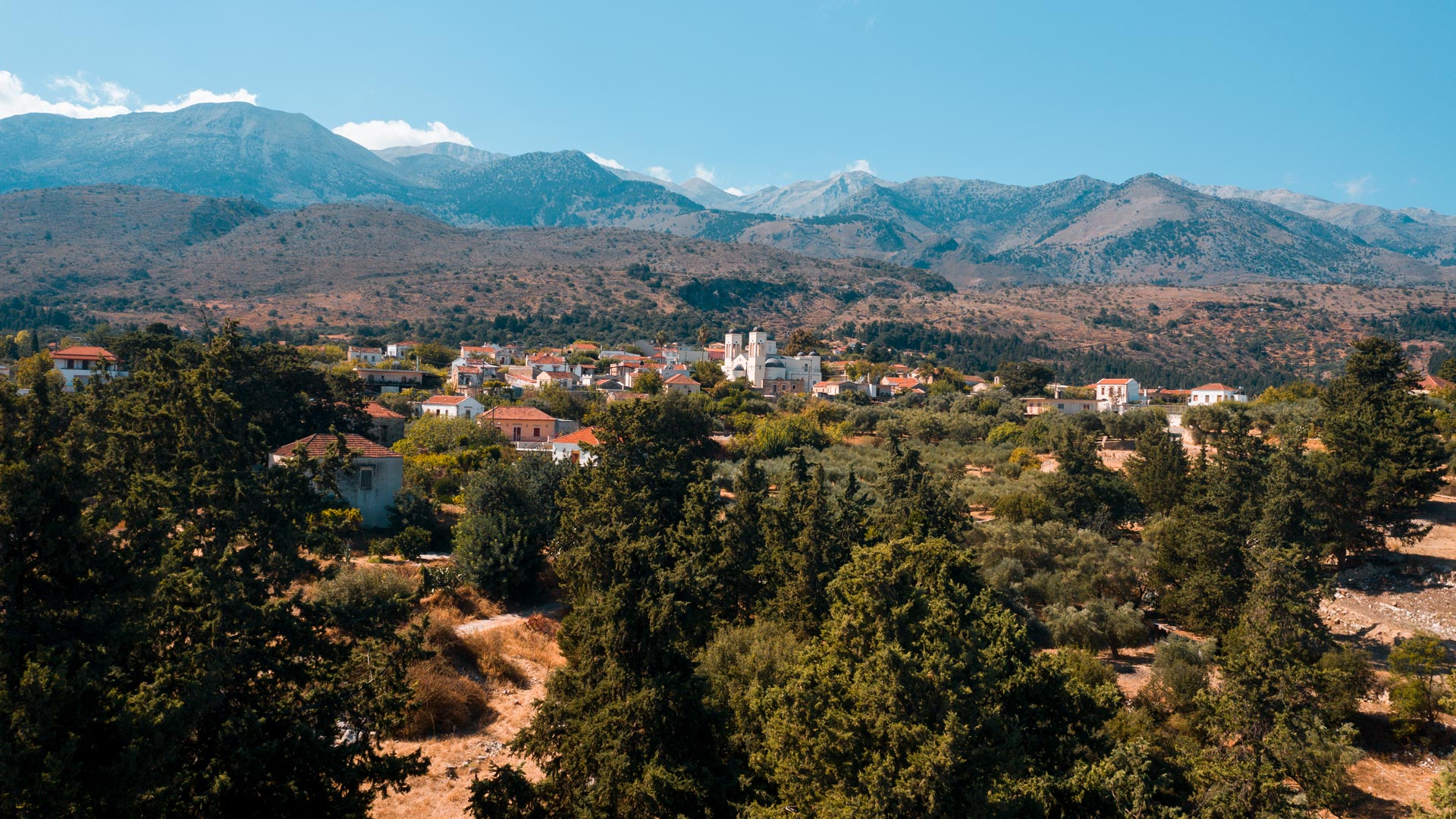 Built on the foothills of the White Mountains, at an altitude of 220m, Fres is surrounded by olives groves and vineyards 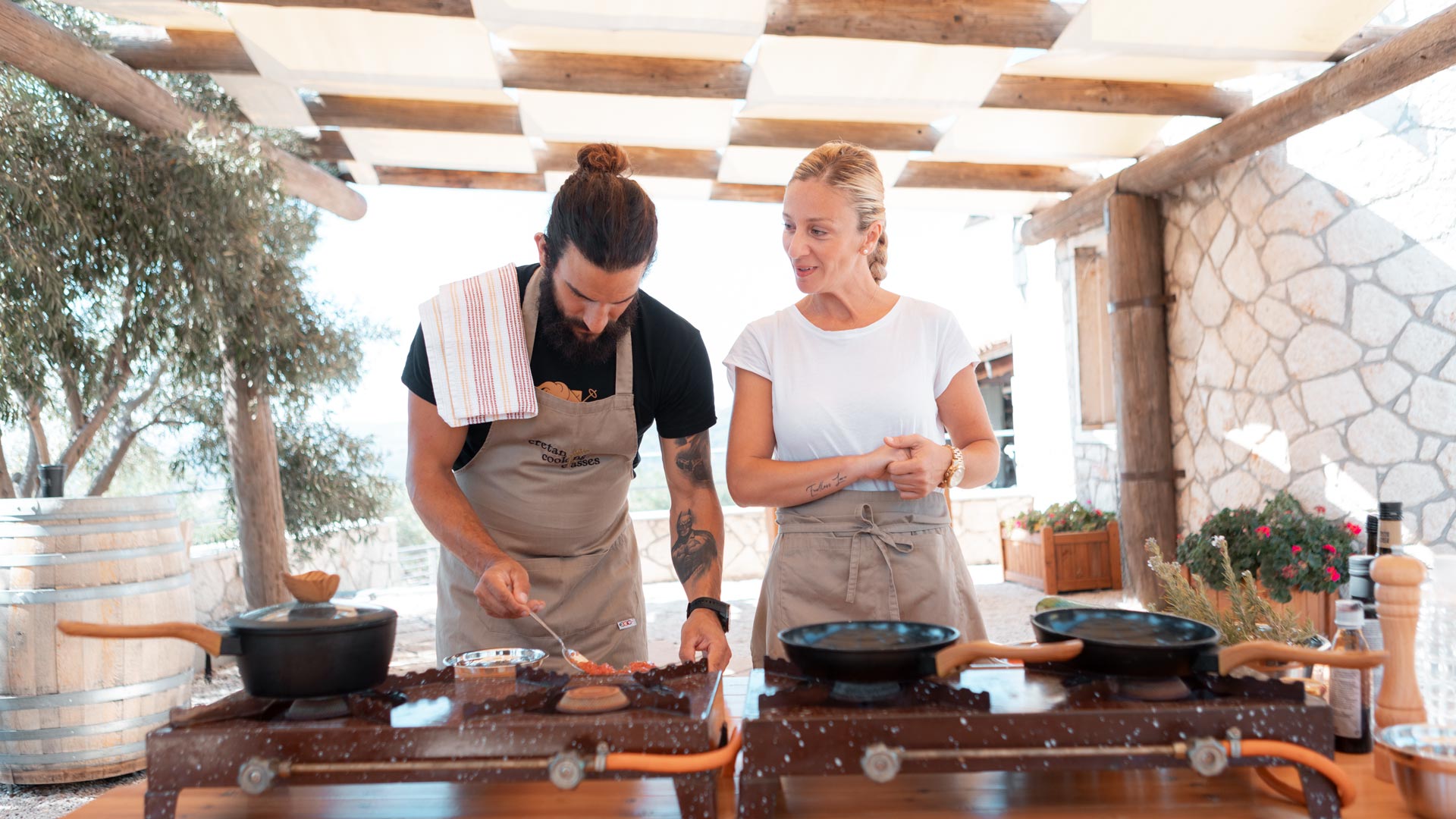 It is in the melt-in-the-mouth food and, above all, in the wide-eyed smile of locals who greet you as if they’ve known you forever 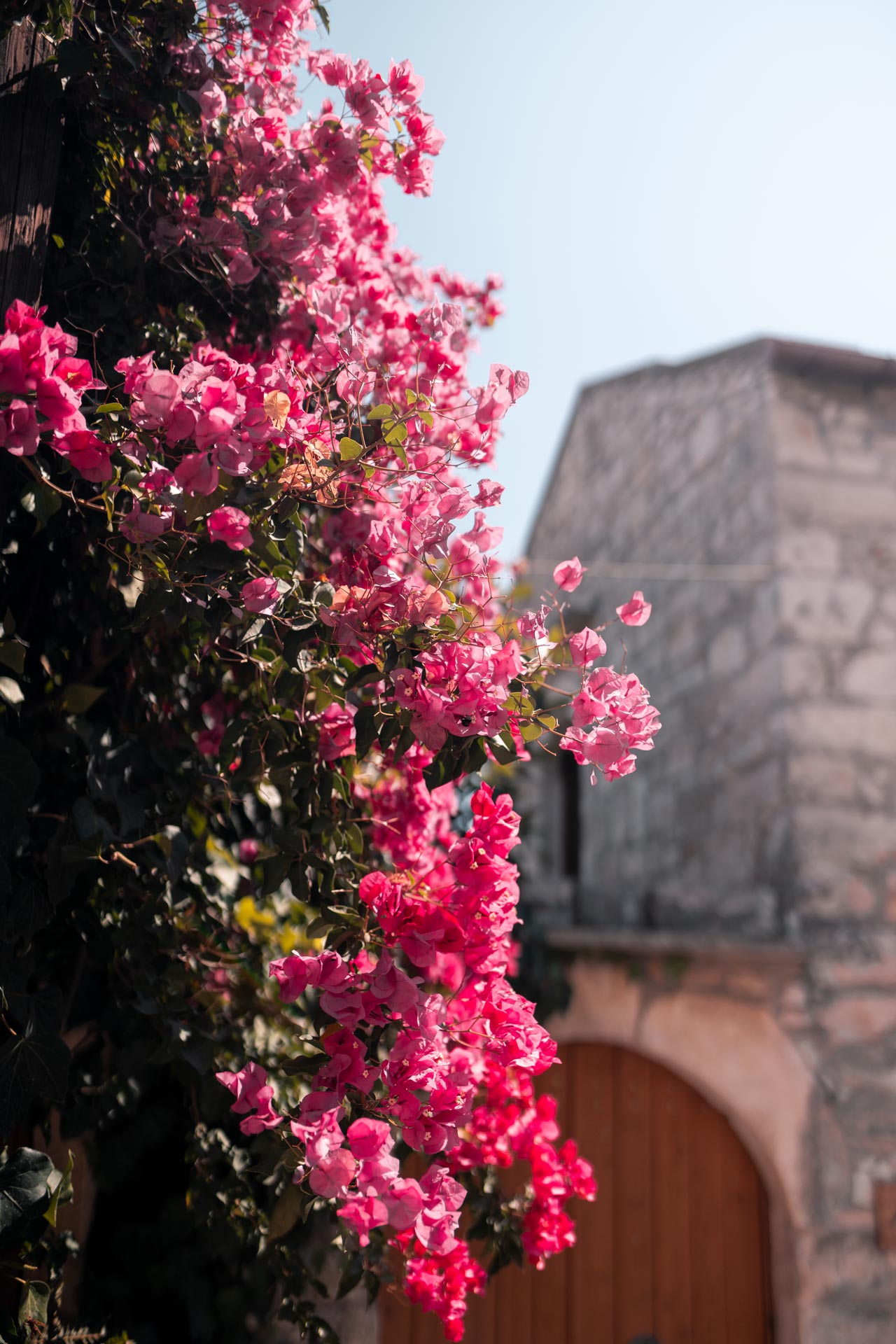 In Vamos village you will find beauty in the details, Cretan tradition and rich flora and fauna 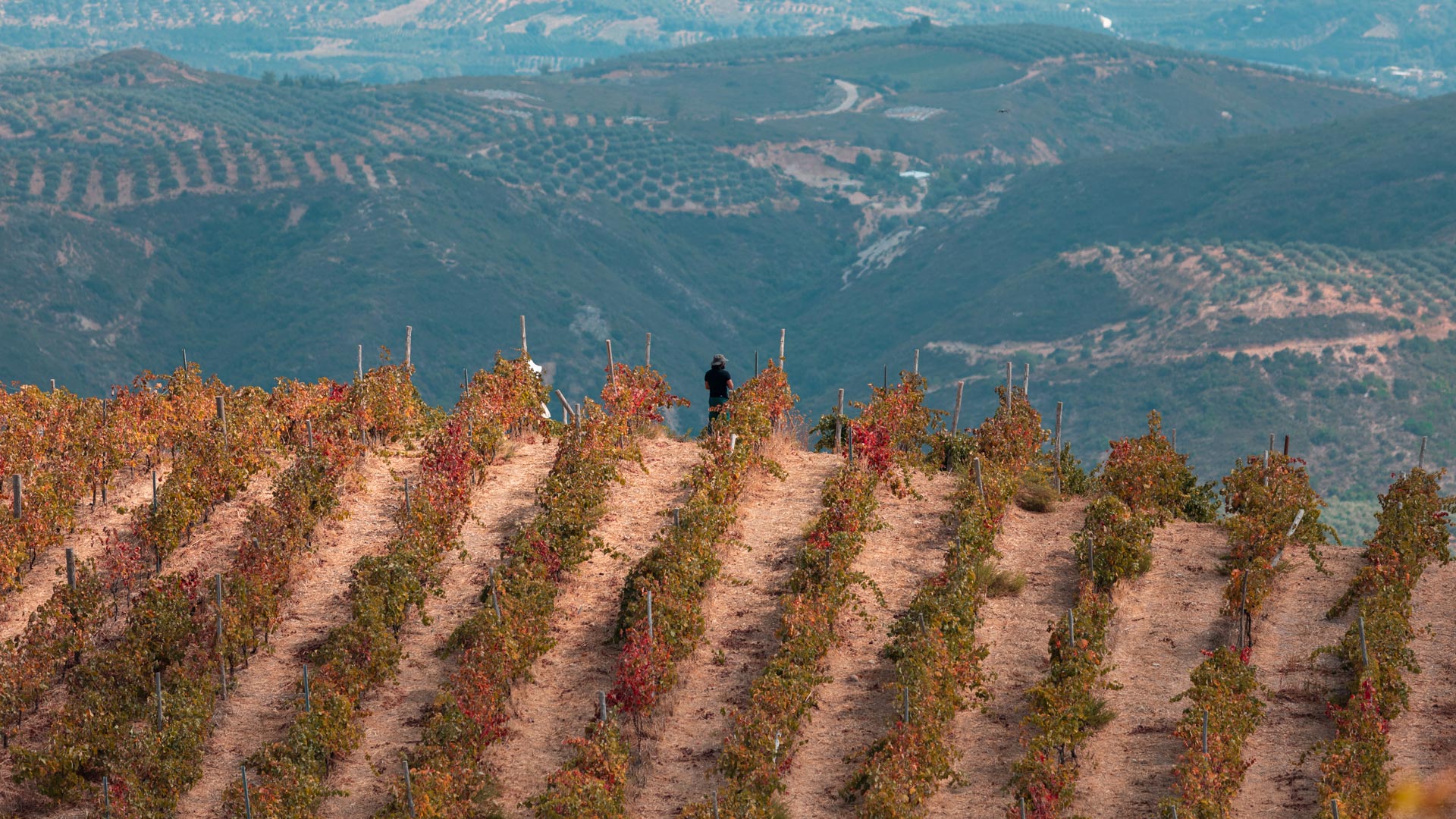 From the serenity of the springtime bloom to the collective energy of harvest time in the olive groves and vineyards, you will understand the flow of daily life in Apokoronas villages 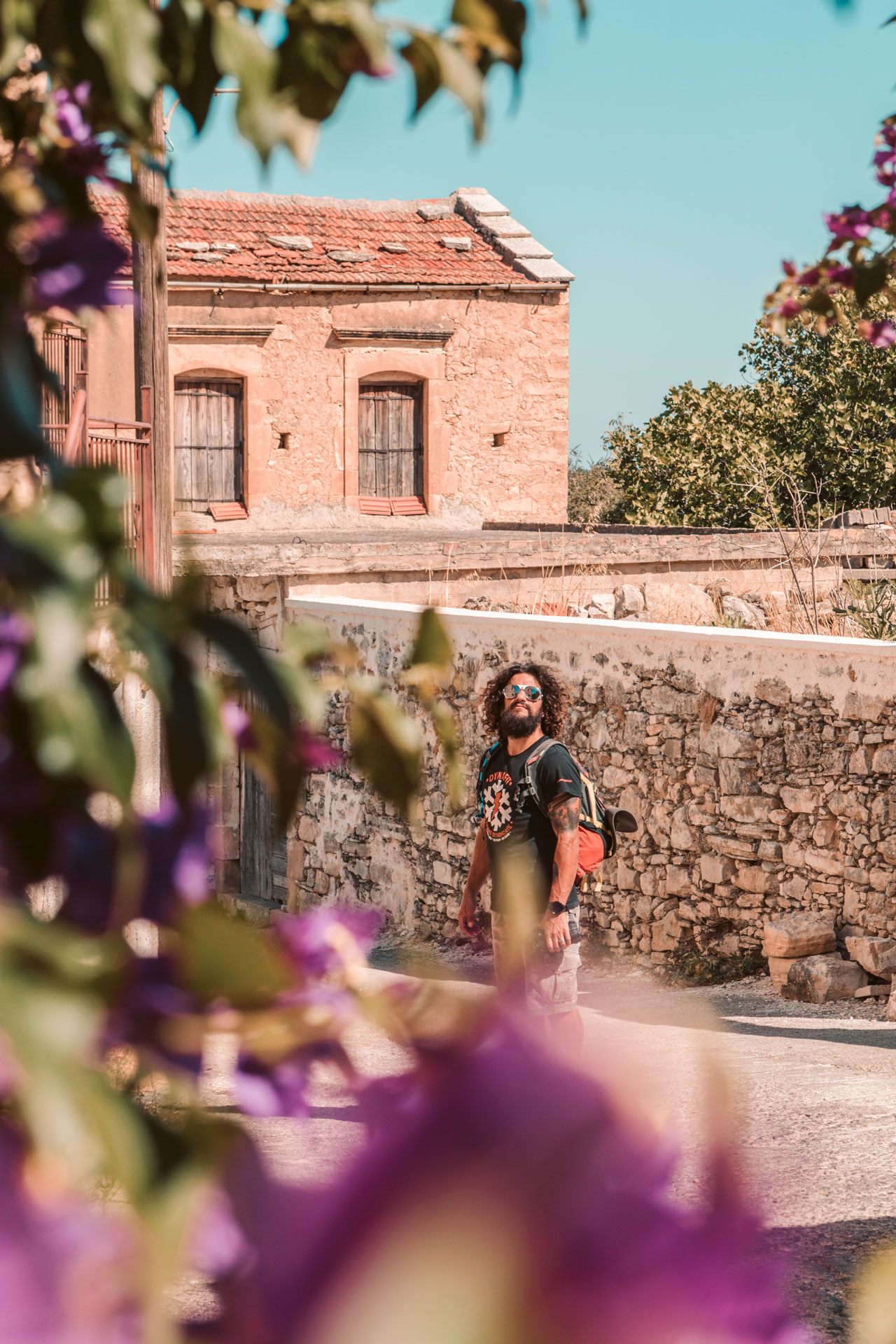 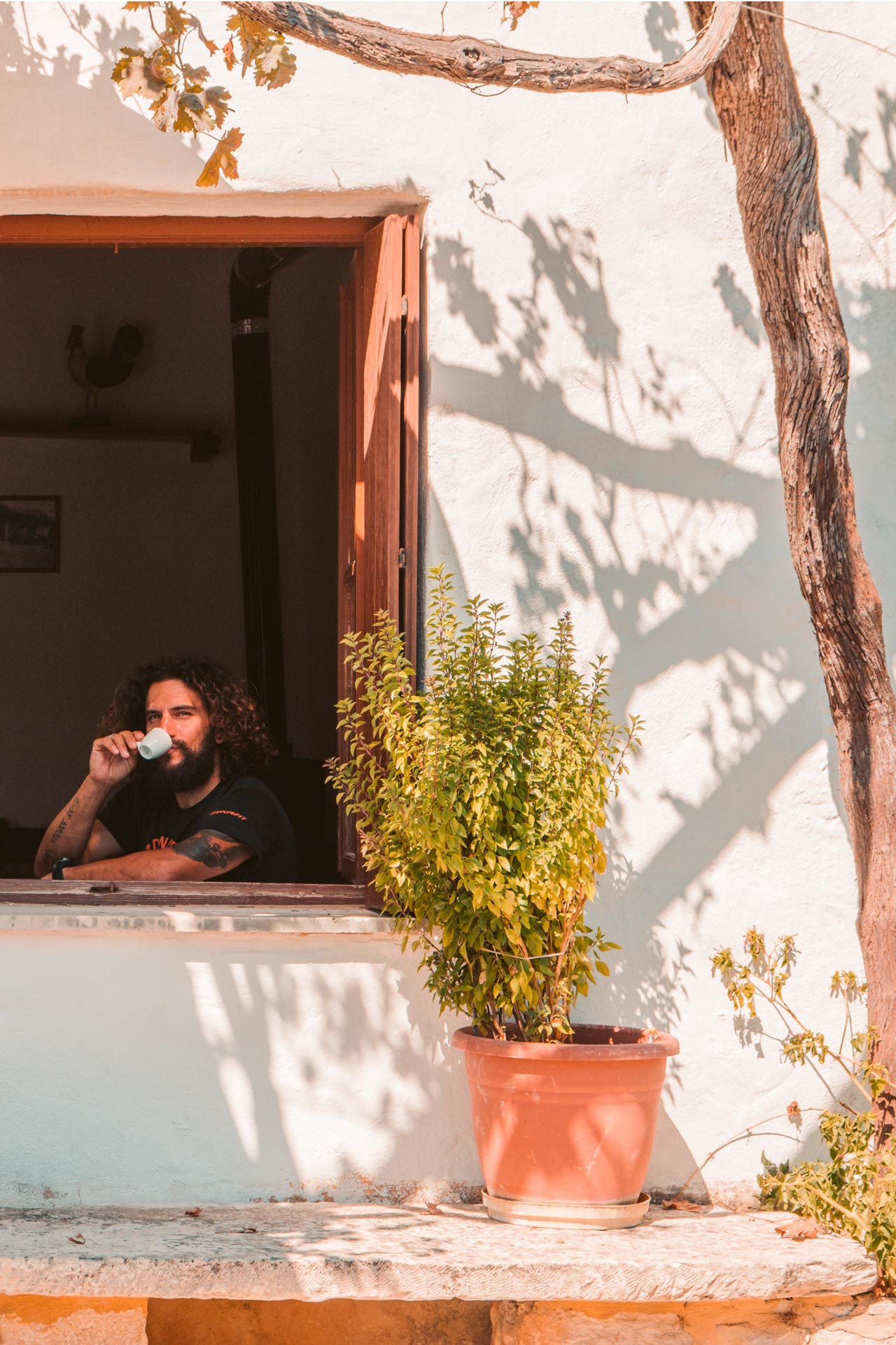 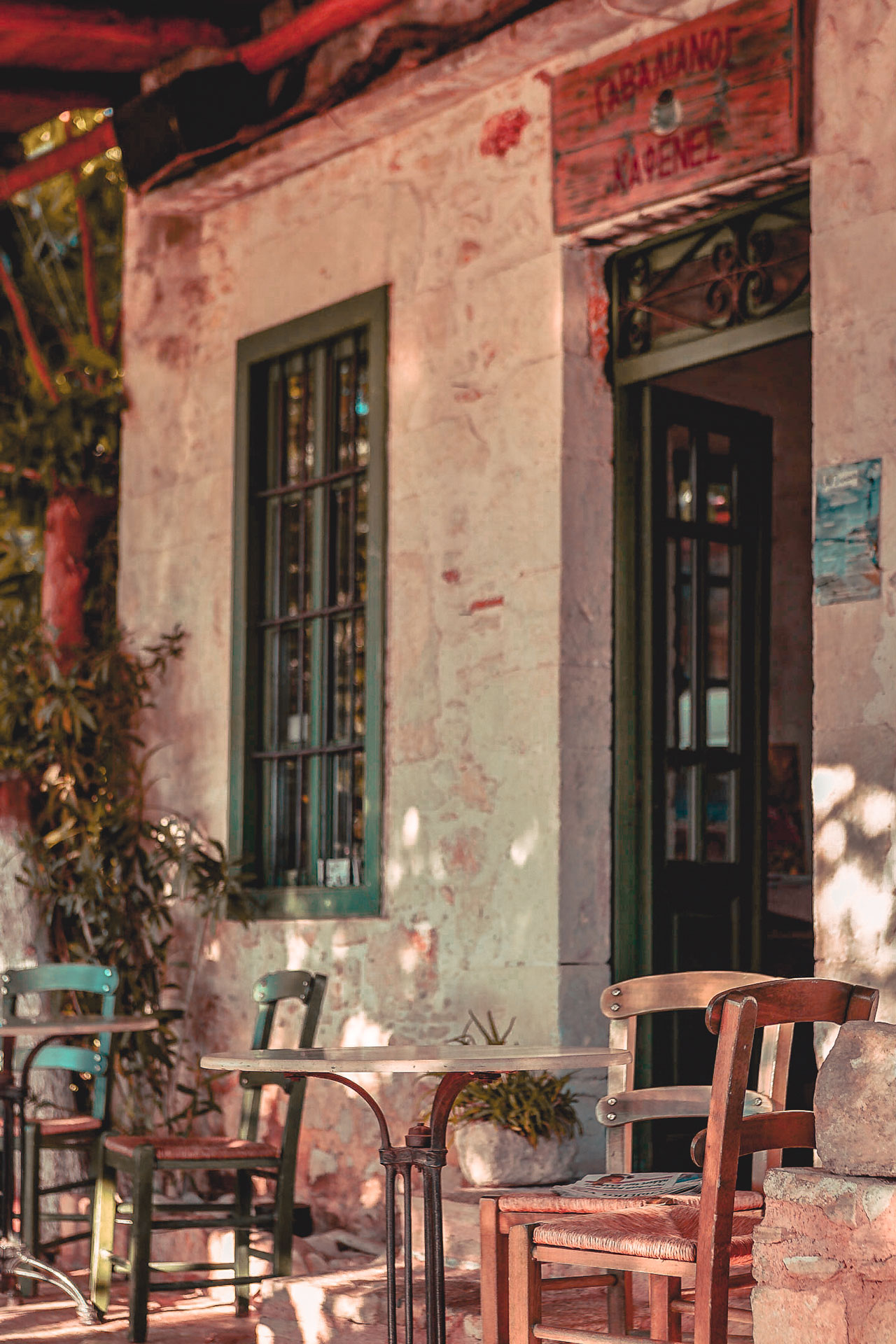 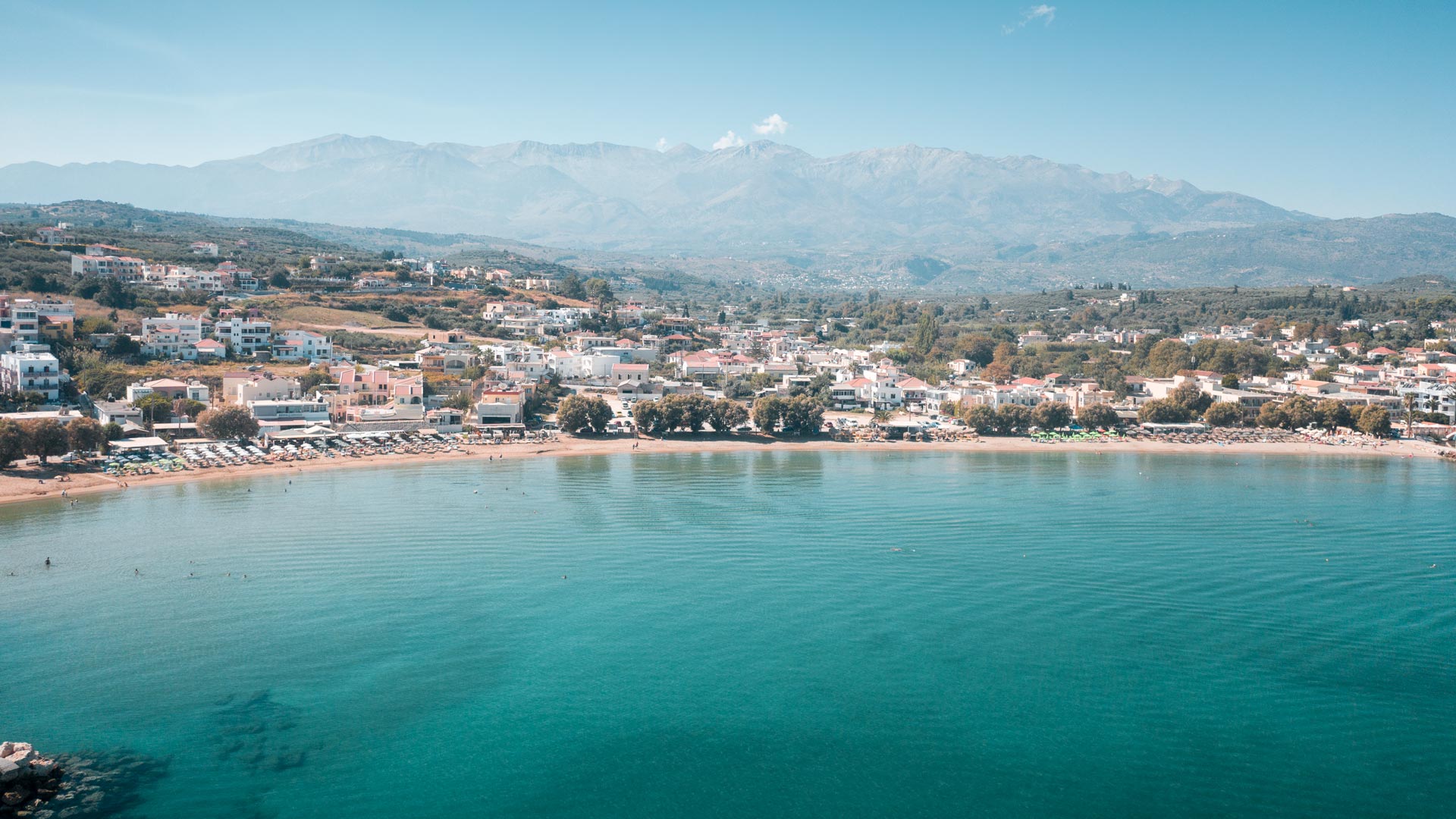 If you’re looking for a village by the sea, Kalyves is a great choice 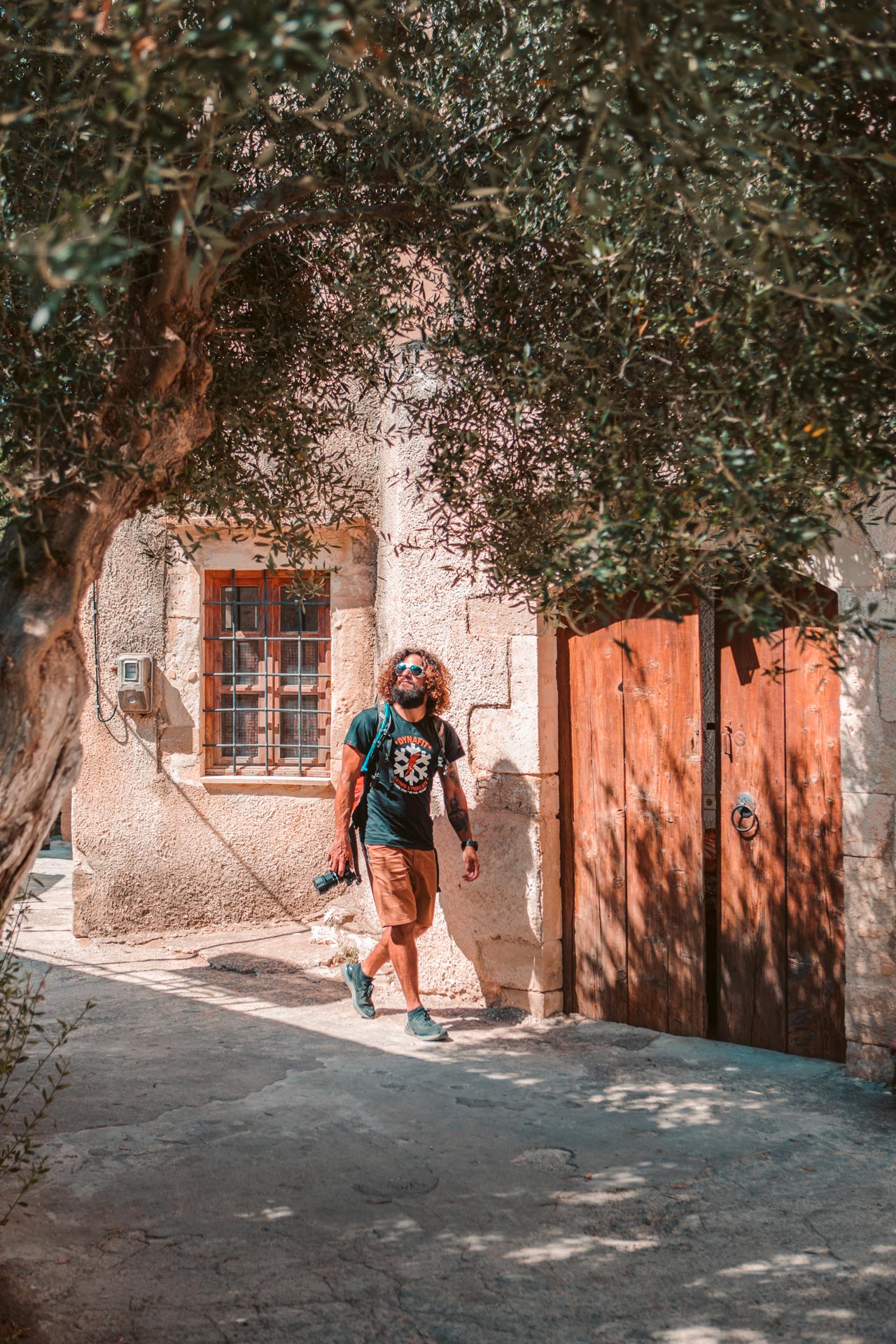 There’s a wonderfully cosy feel to Douliana village, which is 100m above sea level

Highlights of the villages of Chania

With 34 Apokoronas villages, you could spend an entire holiday village-hopping in Chania, but here are some highlights not to be missed:

Chania’s principal village is the liveliest and deserves most time. Beyond the shops and tavernas of the main square, you can visit a winery nearby and there’s also an excellent cheese factory. The 13th-century chapel of the Virgin Mary and the Karydi Monastery, with an arched olive oil press, are also well worth a visit. Every July, Vamos organises the largest Jazz Festival in Crete.

With 40 houses and a total population of 200, there’s a wonderfully cosy feel to Douliana, which is 100m above sea level. You could just soak up the atmosphere of the central square but you should also try one of the short walks from the village. There’s one that passes through a forest to Gavalohori.

You’ll enjoy the stone houses, paved streets and churches, and especially the super-traditional Cretan coffee shops of Gavalohori. There’s an interesting Folk Museum – with local costumes, old coins, weapons and traditional items of daily use – and a local Women’s Cooperative has a shop that keeps old crafts alive, such as kopaneli, a form of lace needling with Byzantine roots.

If you’re looking for a coastal village, Kalyves is a great choice. There’s an old and new section, but that hasn’t stopped it from retaining all its traditional feel. There are plenty of eating options, and accommodation too. And there’s a beach just before the entrance, so your village-hopping doesn’t interrupt your daily dose of beach-time.

Built on the foothills of the White Mountains, at an altitude of 220m, Fres is surrounded by olives groves and vineyards. Its large main square is the centre of village life and just outside the village is the intriguingly named church of Panagia of the Two Rocks (it was built on a rock that tumbled down the mountain and another boulder lies nearby).

With bridges and waterside tavernas and cafes, Vrises is a village dominated by nature and running water (its name means springs). Just outside the village (on the road to Rethymno), there’s a bridge dating to Greco-Roman times – the so-called Greek Kamara. And close by is Crete’s only natural lake, Lake Kourna. If you’re lucky enough to find antikristo (lamb cooked next to, not over, the flames) in a taverna that has traditional Cretan music, you’ll never want to leave.

Group
Discover the secrets of wine, olives and Cretan tastes in a premium semi private safari tour introducing you to the daily Cretan life style and...
Group
Premium Sunset Safari Tour in the Northwest side of the inland of Crete... Allow yourself to indulge in a romantic off-road route experience with the...
Group
Combine a unique safari tour in the White Mountains of Crete and take in the most incredible panoramic views, visit traditional Cretan villages, learn the...
EXPLORE ALL

How do you get to the villages of Chania?

It’s worth starting your village-hopping experience in Vamos, as the ‘lead village’ of the region. If you follow the proposed itinerary, the total distance by road (from Vamos to Vrises) is 36km.

When is the best time to visit Chania’s villages?

How long do you need to village-hop in Chania? 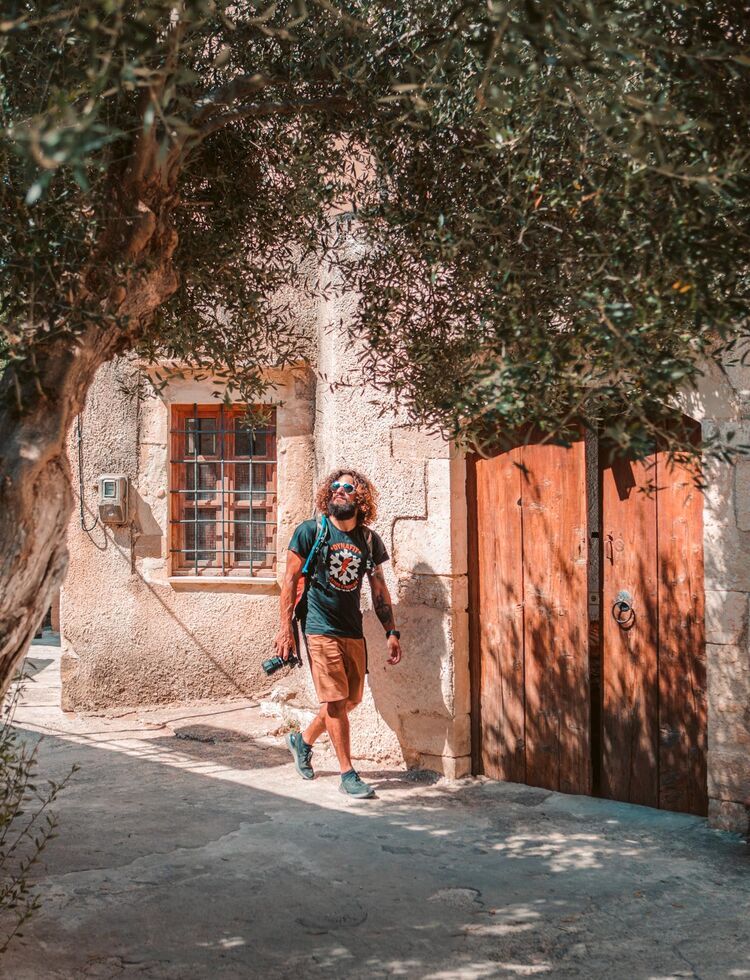 Keep the streets as clean as possible by using the bins provided or, if necessary, keeping your rubbish with you until you find one.
Respect the cultural monuments and relics and don’t use flash photography if there’s a sign forbidding it. It’s to protect the relics.
Do your best to support small, independent family-owned stores and local producers, taking home something handmade and local.
Respect the plants and animals.
Be inquisitive and definitely ask the locals for tips.
Respect your fellow visitors and the locals.
Use a refillable water bottle to try to minimise your use of plastic.
Read More Read Less
DESTINATION 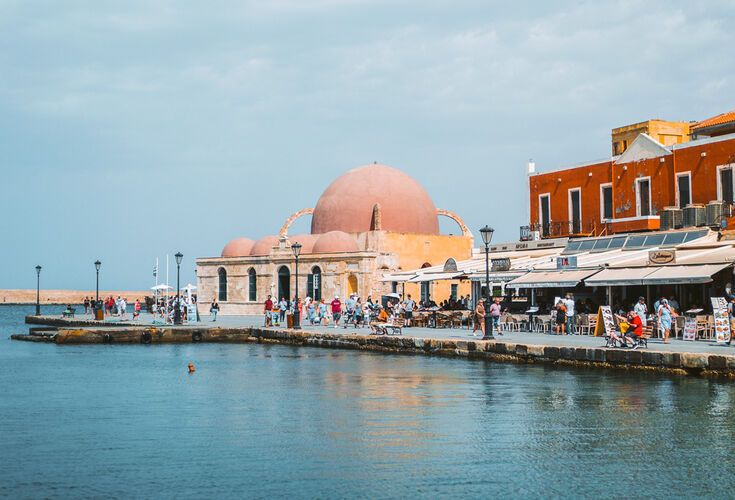 EXPERIENCE
Prepare to be mesmerised at Crete's Balos beach