An exotic dreamland on your doorstep 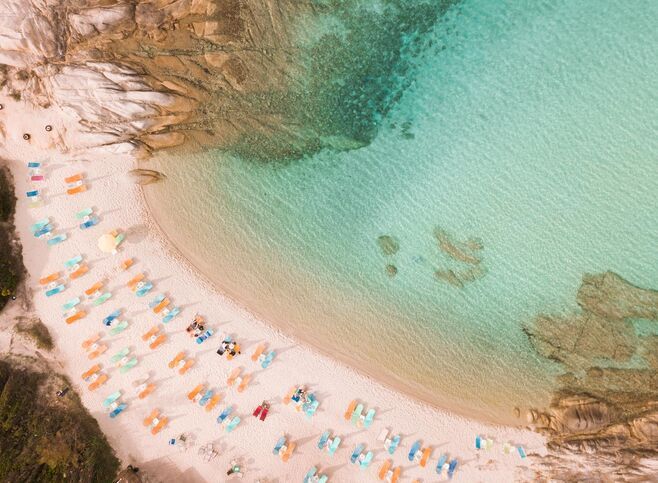 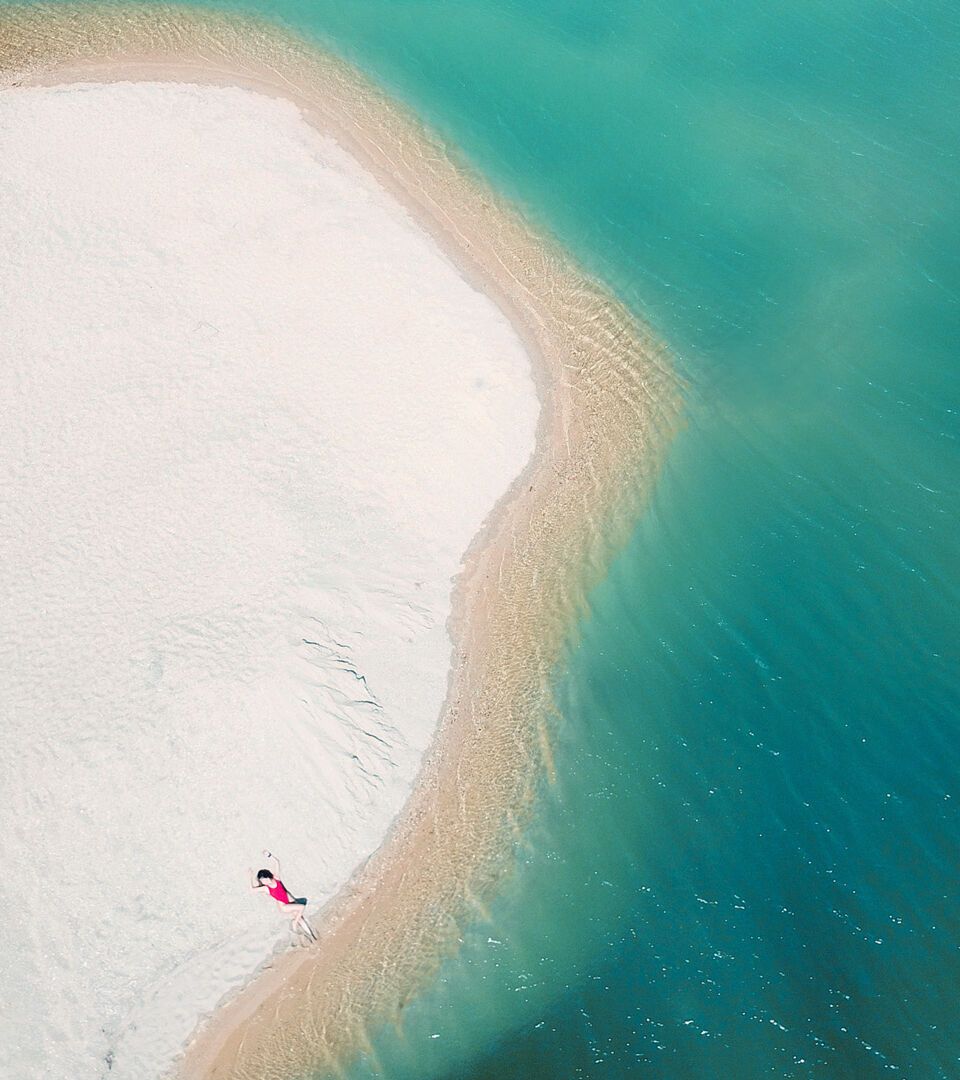 “There is nothing like Halkidiki ”, say the northern Greeks and they know what they’re talking about. Get ready to succumb to the charms of its three beautiful peninsulas – Kassandra, Sithonia and the third ‘leg’, comprising the seaside town of Ouranoupoli and the famous monastic state of Mount Athos.

Turquoise water, dense pine forests, dreamy hotels, small coves with fish tavernas and cafes, beach bars, archaeological sites, traditional villages, and the famous Petralona Cave in Kassandra: a microcosm of miracles. Made to be explored with all your senses.

Things to do in Halkidiki

Swim beneath the pine trees in turquoise waters

Pine trees that reach right up to the water’s edge, white sand, beautiful bays, crystal-clear water, hidden coves. Halkidiki’s beaches are so great in number that you can’t possibly count them all, but take out a map and have a go all the same: Kavourotripes, Mikro (small) and Megalo (large) Karidi, Kalogria, Kriopigi, Agios Mamas, Sani…You better not have given up. You’ve only just started.

Indulge in five-star luxury and a wealth of experiences

Halkidiki tempts you to live a life of luxury at any one of its many beach resorts. High-end service and a plethora of unique experiences await, from soothing spa treatments to fine dining and discovering fantastic new wines and wine routes.

Prepare to be awe-struck by this masterpiece, sculpted over eons by nature’s own hand. With stalactites that sparkle in the dark and ‘dwarf stalagmites’, it’s one of the most stunning caves in Europe. It also tells a very old story: Here, hidden among the stalagmites, the 700,000-year-old skull of an early human (Archanthrapus) was discovered. Aged 30-35 years, he was considered elderly for that time.

An object lesson in how to construct a city from scratch, here at this archaeological site you’ll see how the famous Hippodamian grid plan (considered the foundation for modern town planning) was organised. Houses, avenues and communal areas have all been excavated at the site, which also commands panoramic views of its surrounds.

Drop anchor in Porto Koufos and listen into ancient Greece

What lies behind the cliffs to the south of Sithonia? A secret harbour through an opening just 300m wide. This is the ancient port of Toronaios, mentioned by Thucydides as the largest and most secure port in Ancient Greece. Halkidiki’s ancient port was nicknamed the “deaf port” because you cannot hear the sea if you stand inside the bay.

Travel to Aristotle’s hometown and test his theories

Macedonia is the birthplace of one of the great Greek philosophers. So it’s only right that you walk in his footsteps. Near the village of Olympiada is Ancient Stagira, Aristotle’s birthplace. In the village, you’ll find the Alsos of Aristotle, a park with a compass, pendulum and prism – instruments vital to the work of the mind he conducted here.

The traditional villages of Arnaia and Afitos

Two very different villages, each with its own traditions. With cobblestones, traditional Macedonian architecture, restoration projects and museums, their charm will take you back to village life as it was many years ago.

The Potidaia Canal, dating back thousands of years

A narrow isthmus joins the peninsula of Kassandra to the mainland. The canal was begun by King Kassander of Macedonia, whose aim was not only to facilitate navigation but also to protect Thessaloniki.

A passion for fir trees in Taxiarchis village

There’s nothing quite like Christmas in Halkidiki, a place that quite literally cultivates an essential element of the festive season. In the village of Taxiarchis in central Halkidiki, entire families are engaged in the work of growing fir trees on the beautiful mountain of Holomonta.

Halkidiki is in the prefecture of Macedonia, in northern Greece. It is divided into three peninsulas named Kassandra, Sithonia and Mount Athos, also referred to as the “three legs.”  You can visit all three but women aren’t allowed on Mount Athos.

Kassandra is the most popular place to visit in Halkidiki due to the lively nightlife, amazing beaches and the variety of bars and restaurants. However, Sithonia (the 2nd leg) is also popular, mainly for its amazing water and pristine beaches.

The airport closest to Halkidiki is in Thessaloniki (International Airport of Thessaloniki). From there you can catch a bus line 79A, which connects with KTEL Halkidiki, the bus station.

Experience the best of Halkidiki 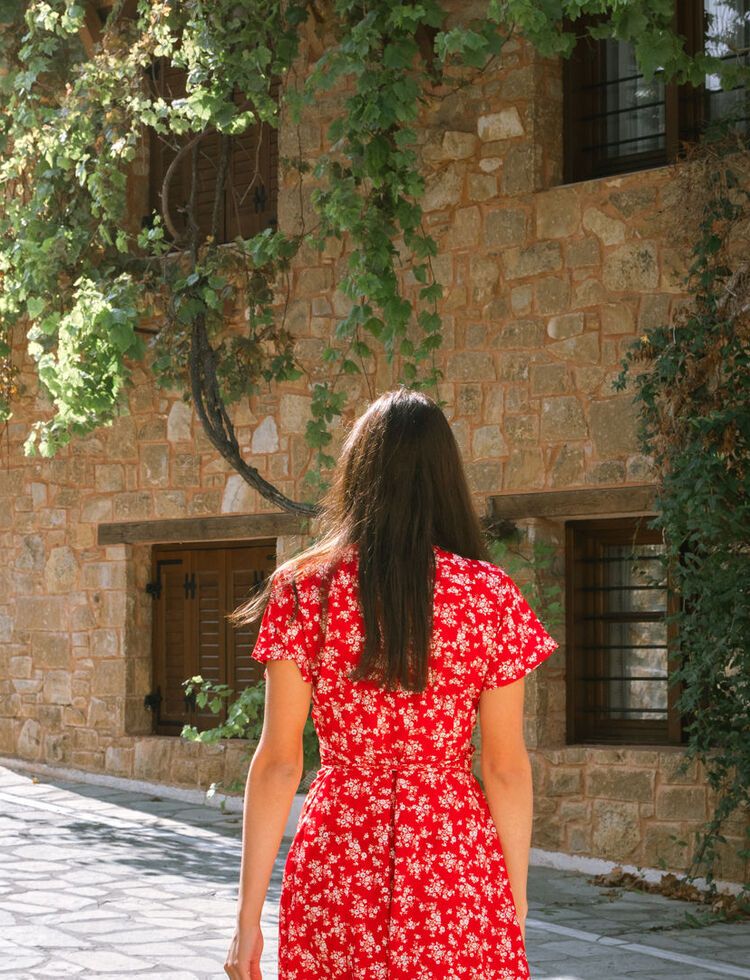 Explore the timeless villages of Halkidiki 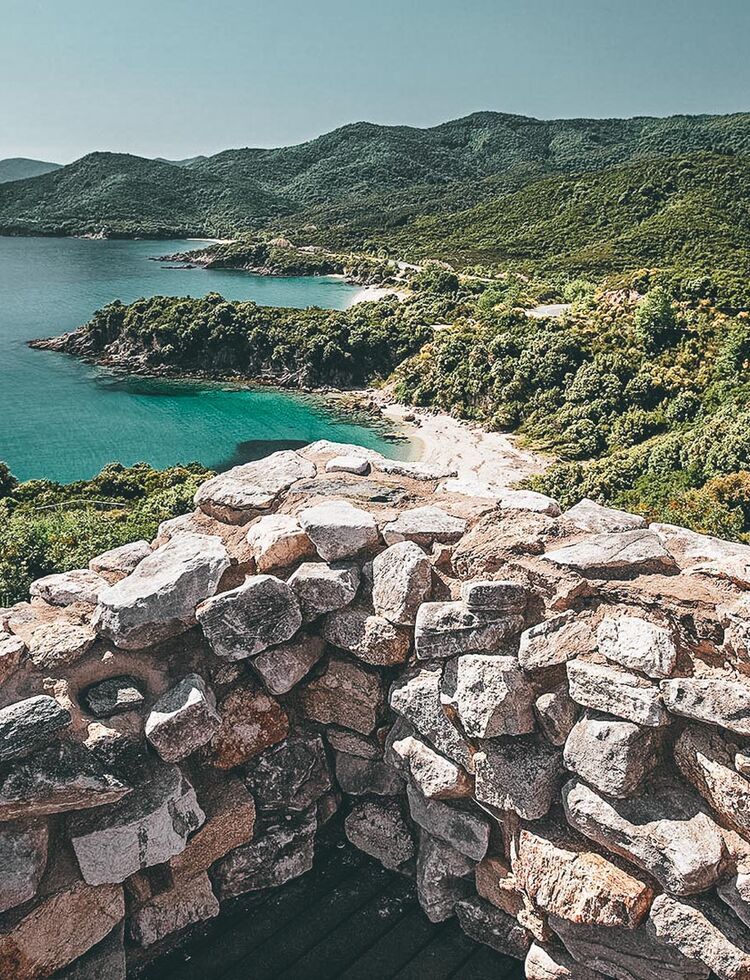 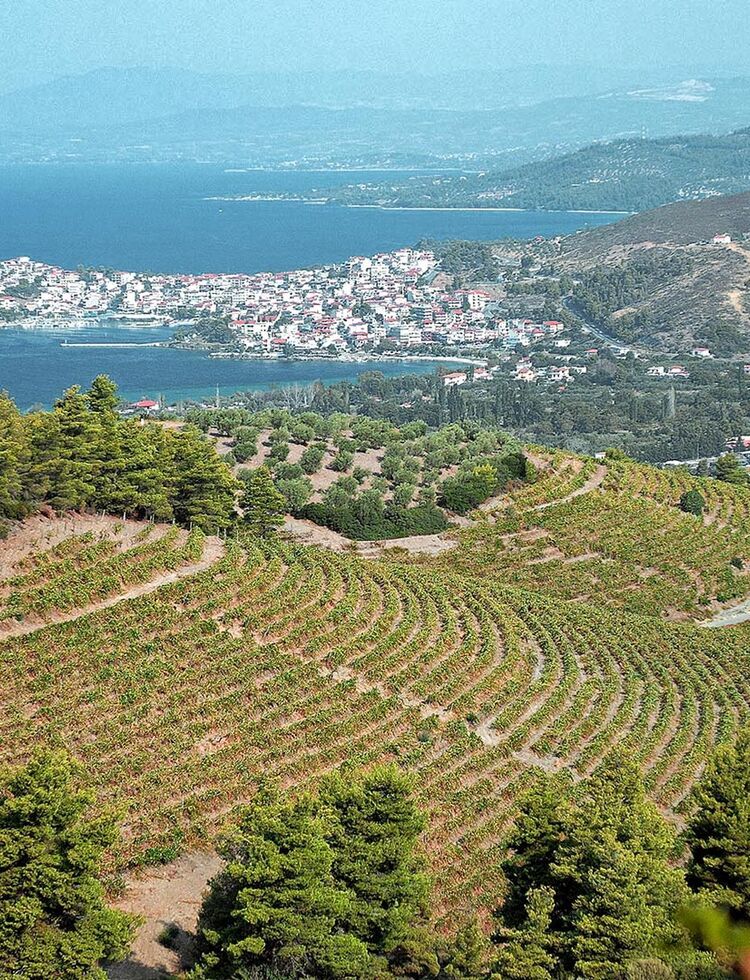 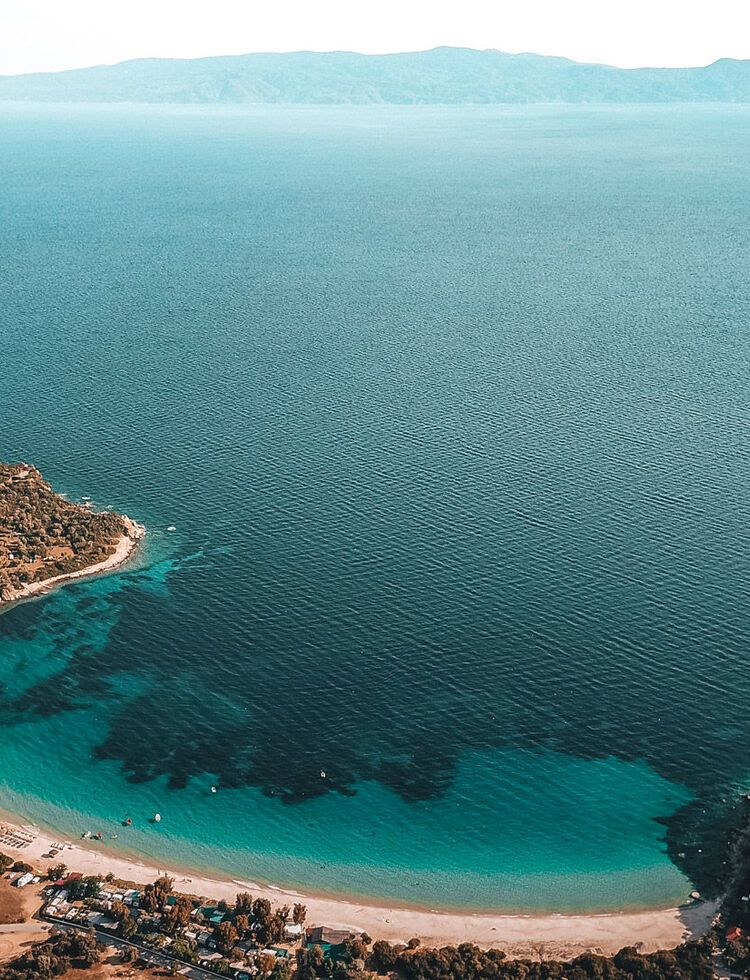 Group
2 Days Sea Kayak Diaporos Islands is a trip along the eastern side of the Sithonia peninsula is an unforgettable experience that offers almost everything
Group
Full-day exploration of Halkidiki’s inland is an exploration of the area of ​​Arnaia and Mt. Holomontas.
Group
Be part of the Kassandra full-day tour from Thessaloniki
EXPLORE ALL

#discovergreece
See the gallery
Kavourotripes beach in Halkidiki
Turquoise water in Diaporos in Halkidiki
Vineyards in Halkidiki
Alsos of Aristotle in Stagira village
Blue Lagoon in Halkidiki
Ancient Stagira in Halkidiki is Aristotle’s birthplace
Stargazing at Posidi, Halkidiki-Paul Gilmore
The Cape of Posidi in Halkidiki-Paul Gilmore
Halkidiki’s deep viticulture roots will amaze you
You will be introduced to local grape varieties you probably never knew existed
A glimpse of Claudia Papayianni Cellars
Known as the Gaidouronisia (Donkey Islands), these six little gems offer idyllic scenery
Paddle your own canoe to explore every islet and its beaches one by one
From the main town, you can hop back in a boat and head to the tiny cluster of Drenia isles
The exotic Karydi beach in Sithonia of Halkidiki
ITINERARY
An 8-day road trip to Thessaloniki & Halkidiki
A big splash of culture, deep traditions, great food and a week of intense blues and greens await as you discover the best of Thessaloniki and Halkidiki.
Discover It 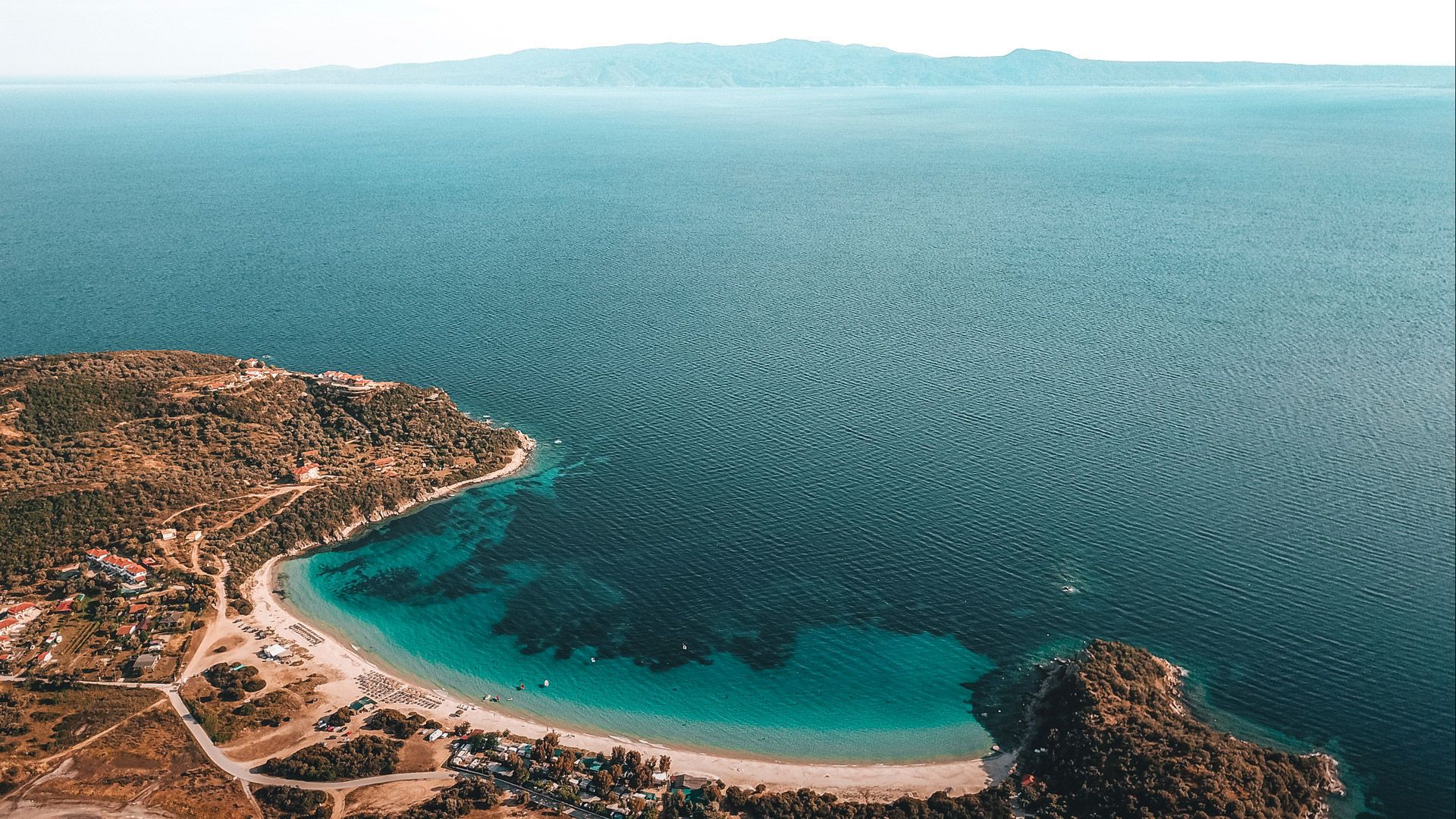 COVER STORY
Exotic never felt so close as in Halkidiki
A captivating blend of nature, wonderful food and inspiring culture guides the way in northern Greece
Discover It 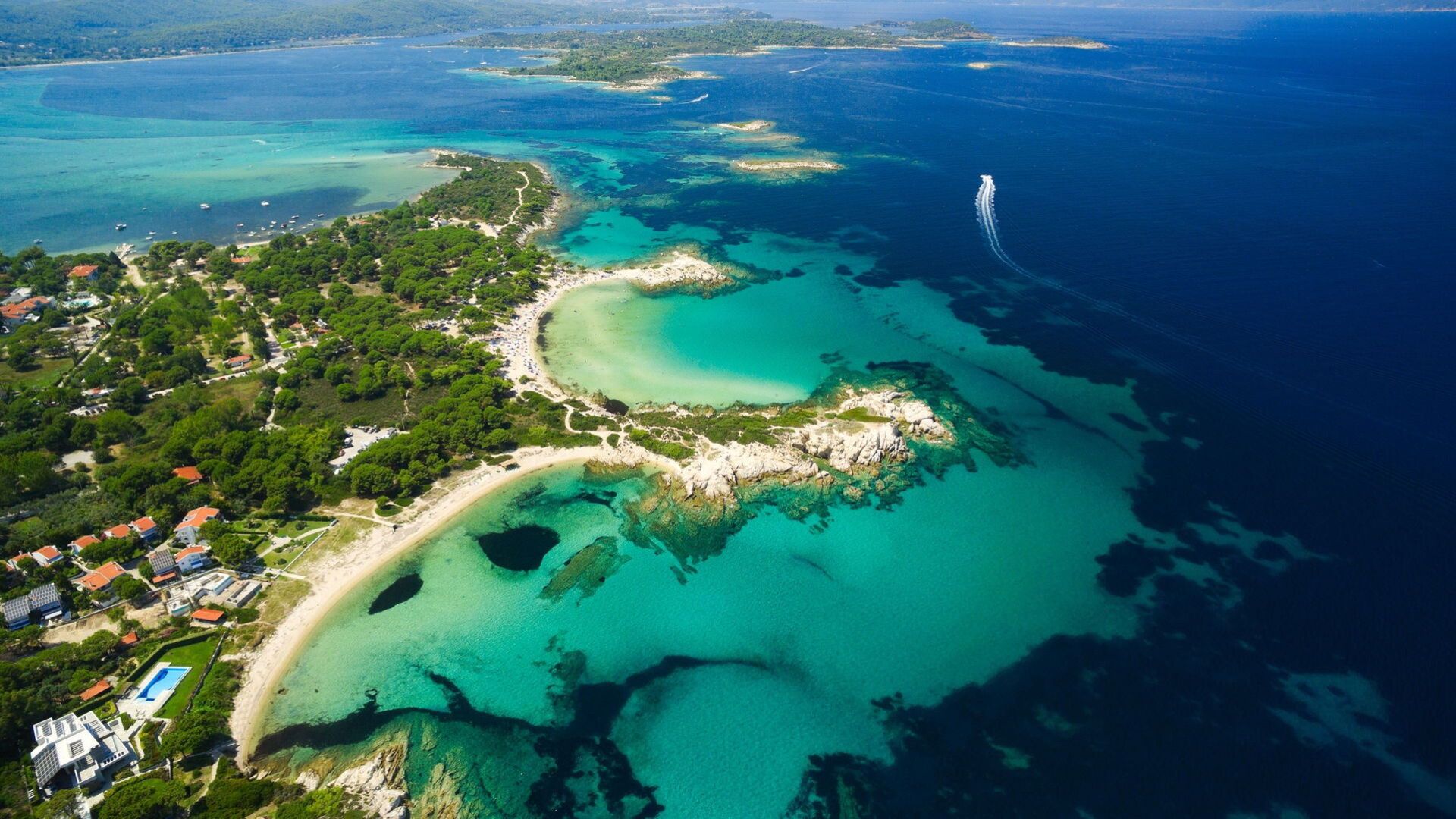 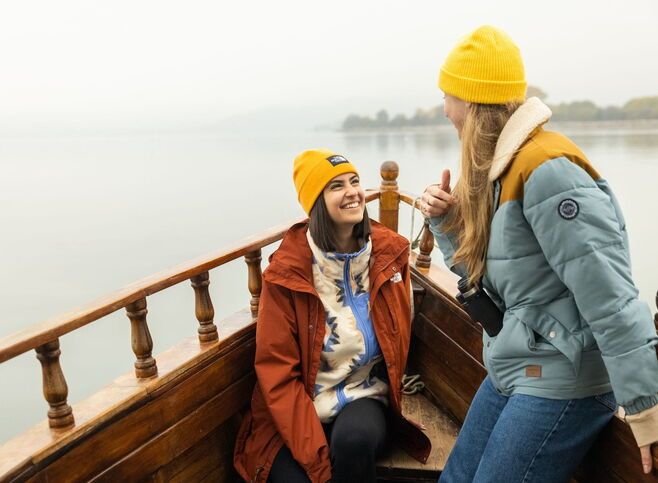 Exotic never felt so close as in Halkidiki

A captivating blend of nature, wonderful food and inspiring culture guides the way in northern Greece

The 10 most popular luxury destinations in Greece

Luxury is in the eye of the beholder, so we’ve picked 10 destinations in Greece where you can most easily match your holidays to your most luxurious desires and imagined your stay there.
SEE ALL
DESTINATION