Top things to do in the Ionian Islands

From action holidays on Zante and village-hopping on Corfu to the best food of Kefalonia and sailing to Paxos and Antipaxos, we’ve cherry-picked the top things to do in the Ionian Islands.

Getting active on Zante

You might have seen Zakynthos’  Blue Caves or the Shipwreck beach in Instagram feeds … but how about experiencing them first-hand by kayak! The months either side of summer are perfect for outdoor activities in Zante, whether that means exploring the coastline, going scuba diving (the caves of Lake Keri are a must for divers!), or hiring a mountain bike and heading for the hills. But possibly the most rewarding activity will be hiking to the summit of Vrachionas, 756m above sea level. You’ll love the sleepy village of Gyri two-thirds of the way up, but the real treat is the 360-degree view.

You hardly need an excuse to visit Corfu, but beyond the plethora of beaches and the fascinating Old Town, we’ve got another suggestion: village-hopping. Spread across the island are dozens of villages… some mountainous, some coastal, and all charming beyond words.

From the cluster of stone houses (and eight churches!) of Palia Perithia in the northeast, to Agios Matheos in the southwest (just a short stroll from the Pantokratoros Monastery), the opportunities are endless.

Lakones (in the northwest) offers mountain views of the beaches and bays of Palaiokastritsa, and Sinarades (in the centre) is the island’s principal wine producer. Nearby is Pelekas, from where you can hike to the Kaisar Observatory and enjoy panoramic views.

The villages of Corfu go on and on… Ano Garouna and Varypatades are remote (and therefore less visited), while Gastouri (on the east coast) is notable for the nearby Achilleion Palace, built at the end of the 19th century by Austrian Empress Elizabeth of Bavaria. 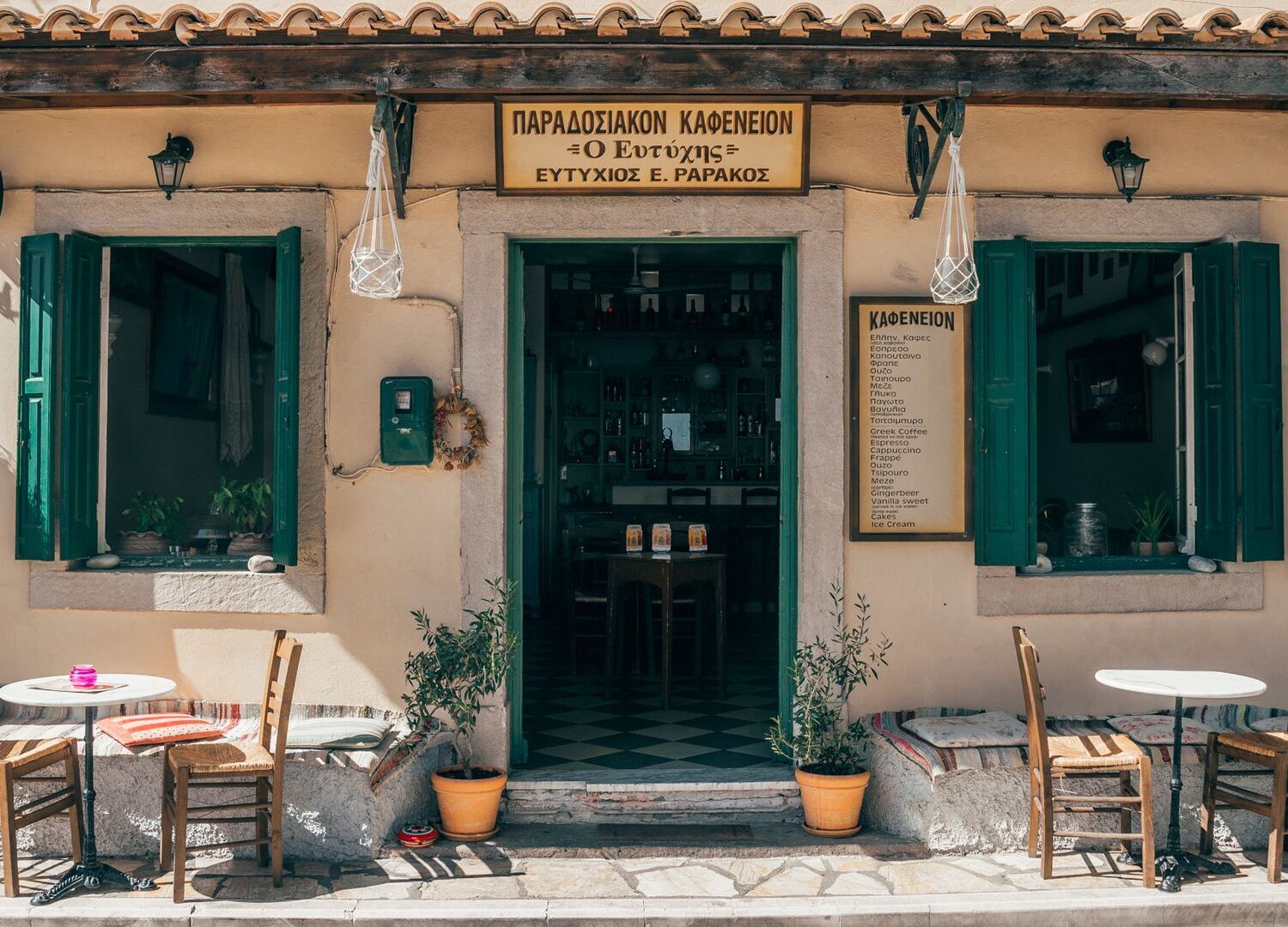 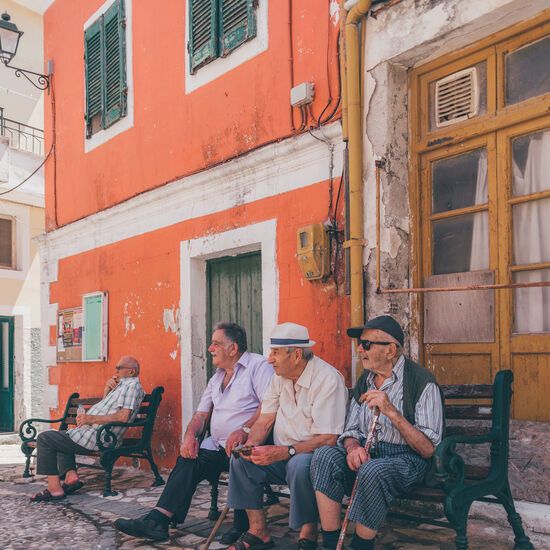 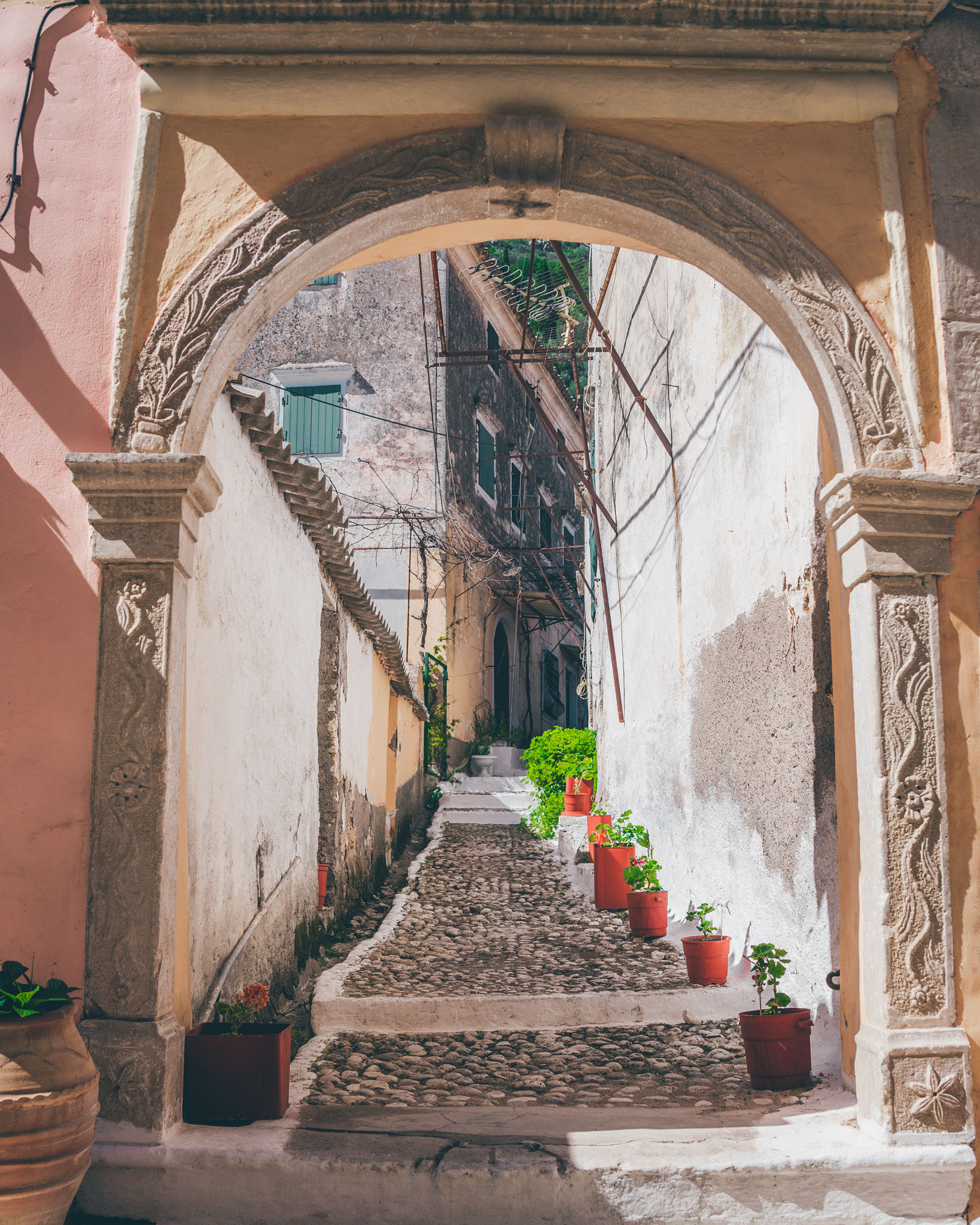 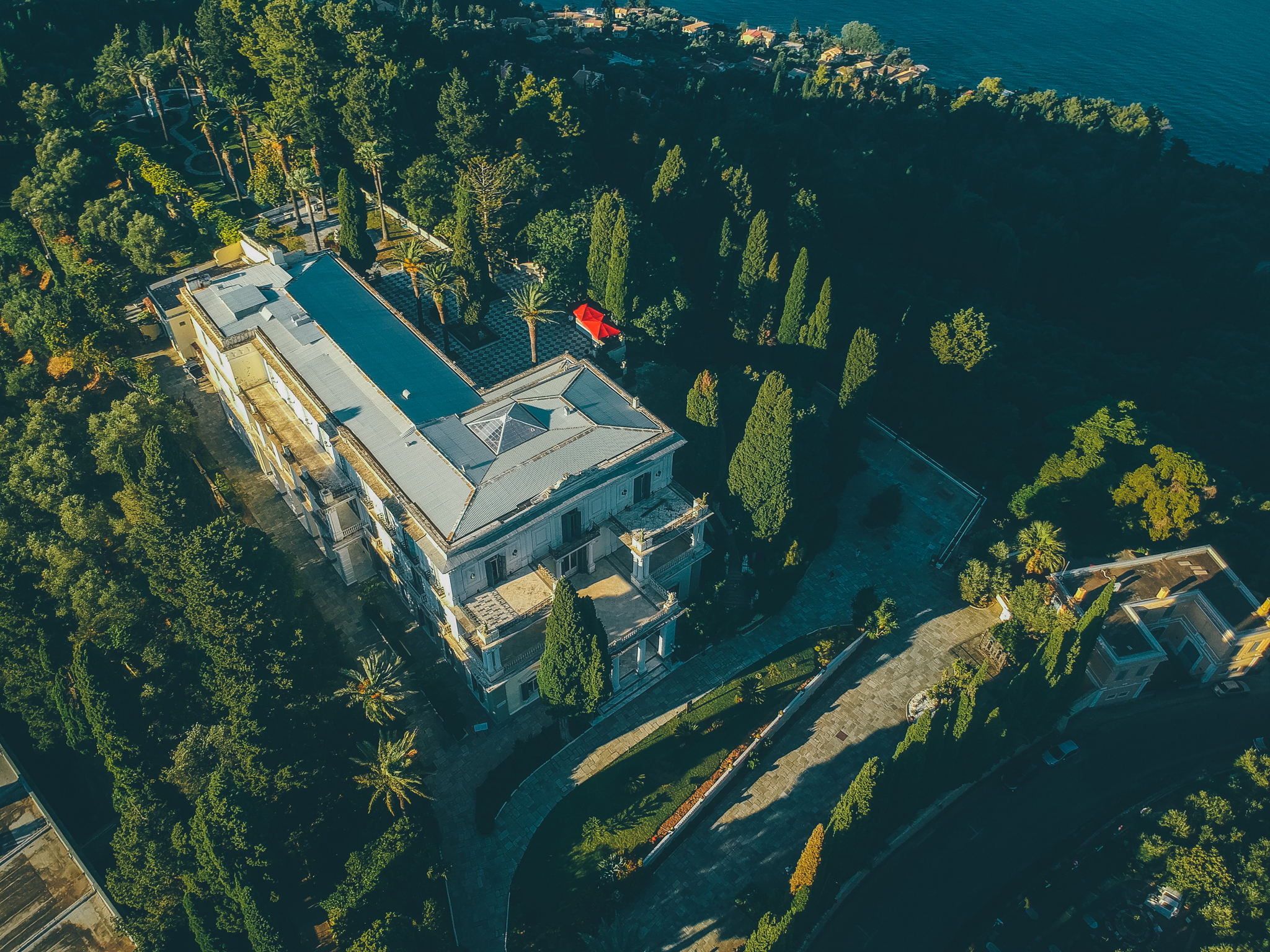 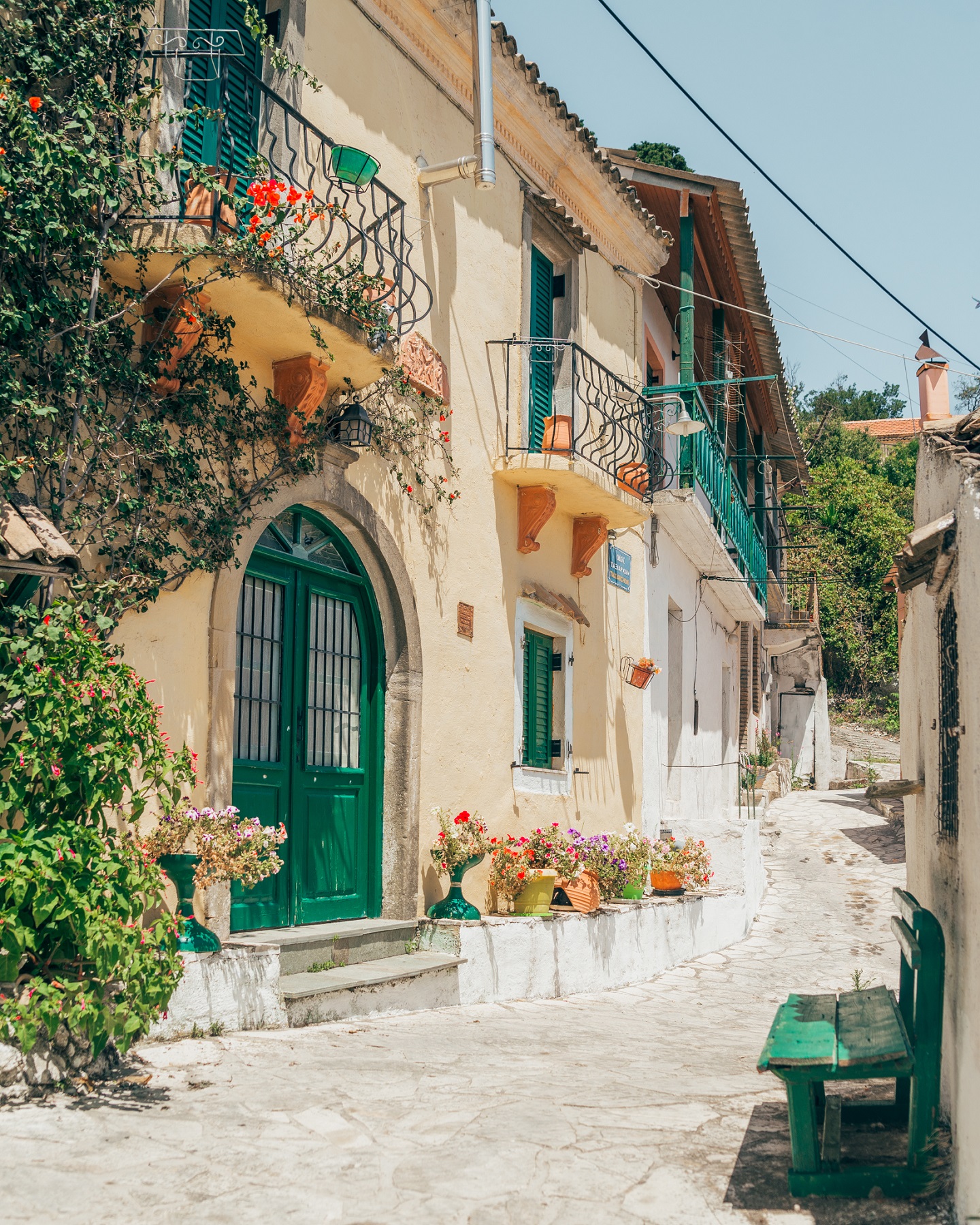 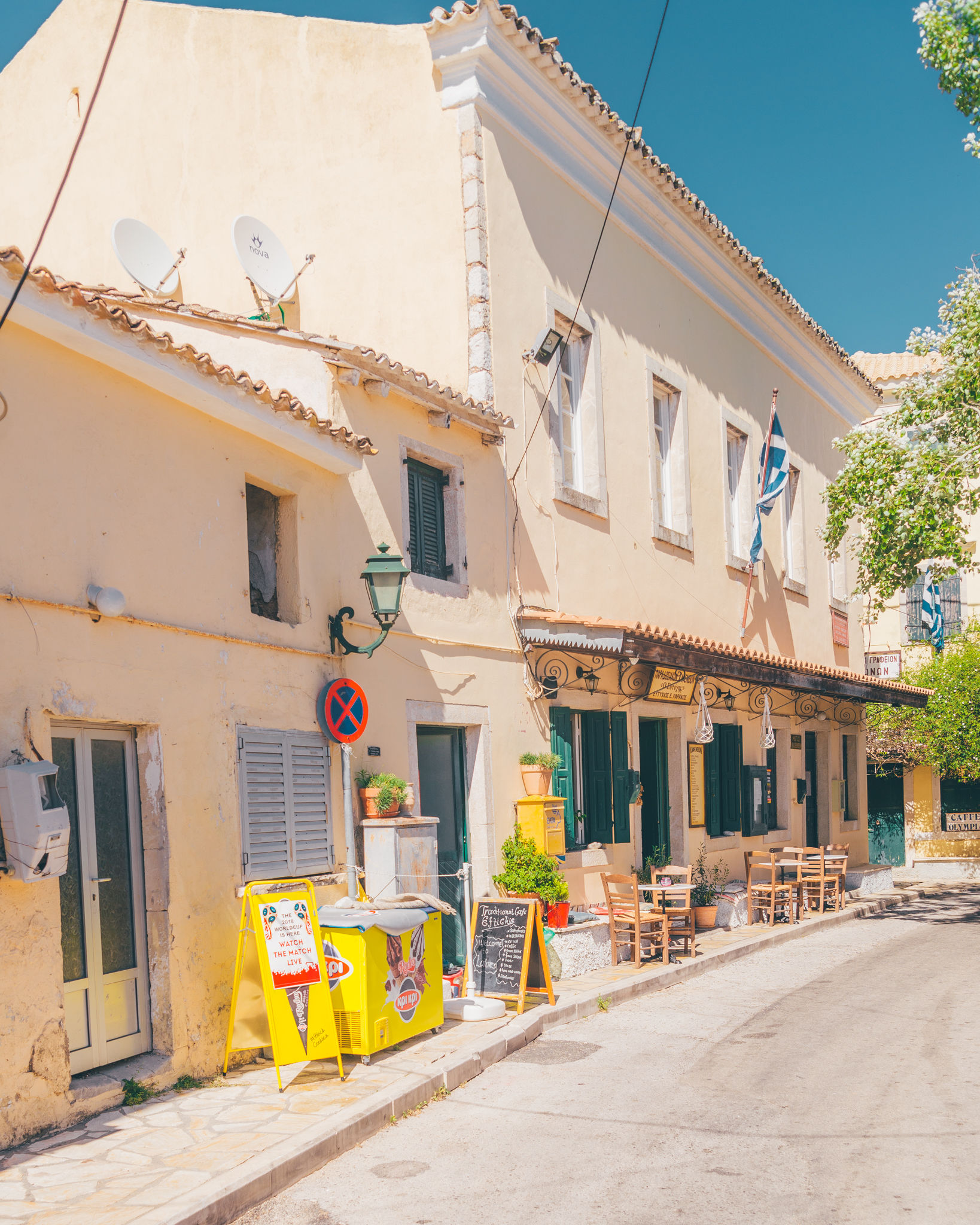 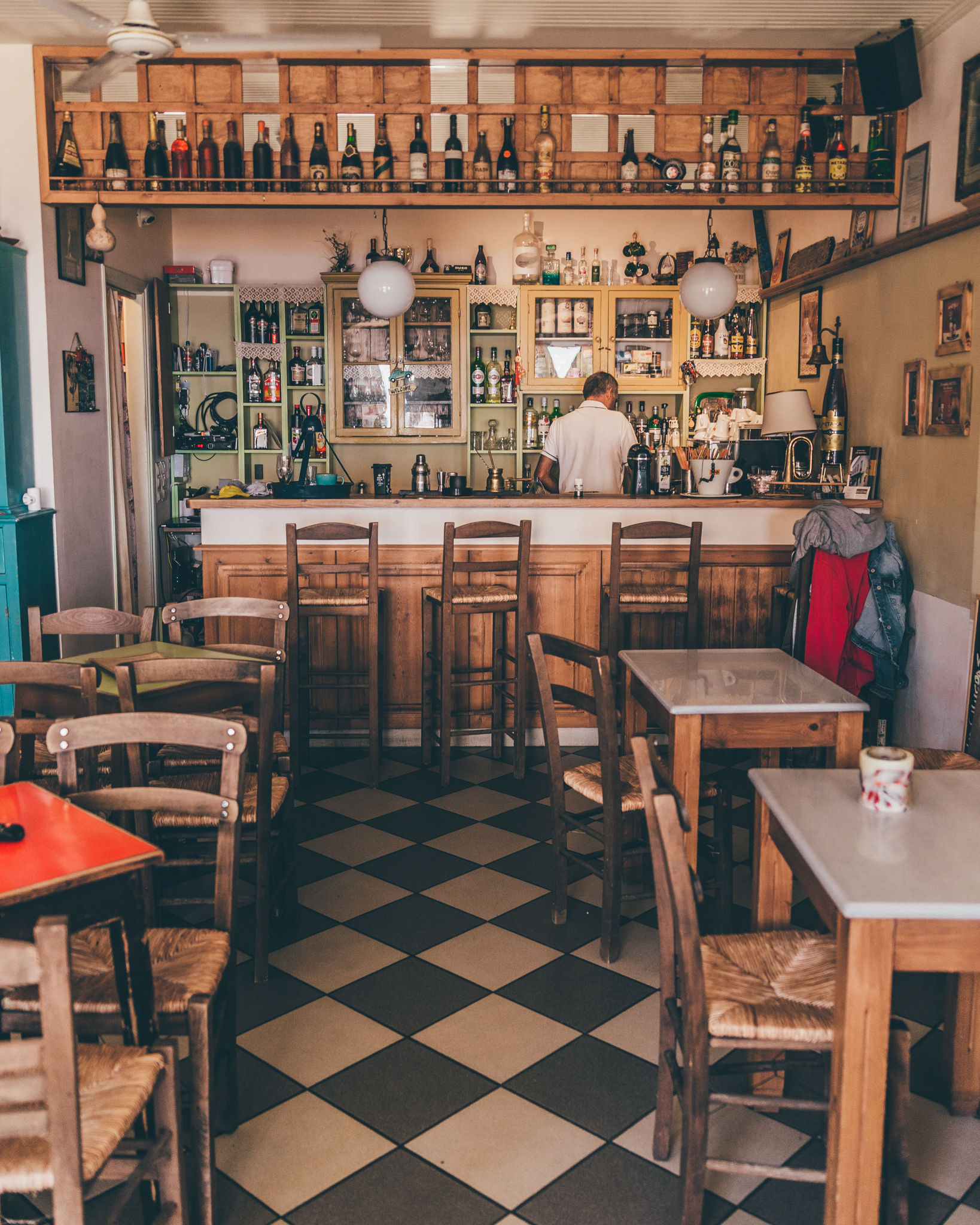 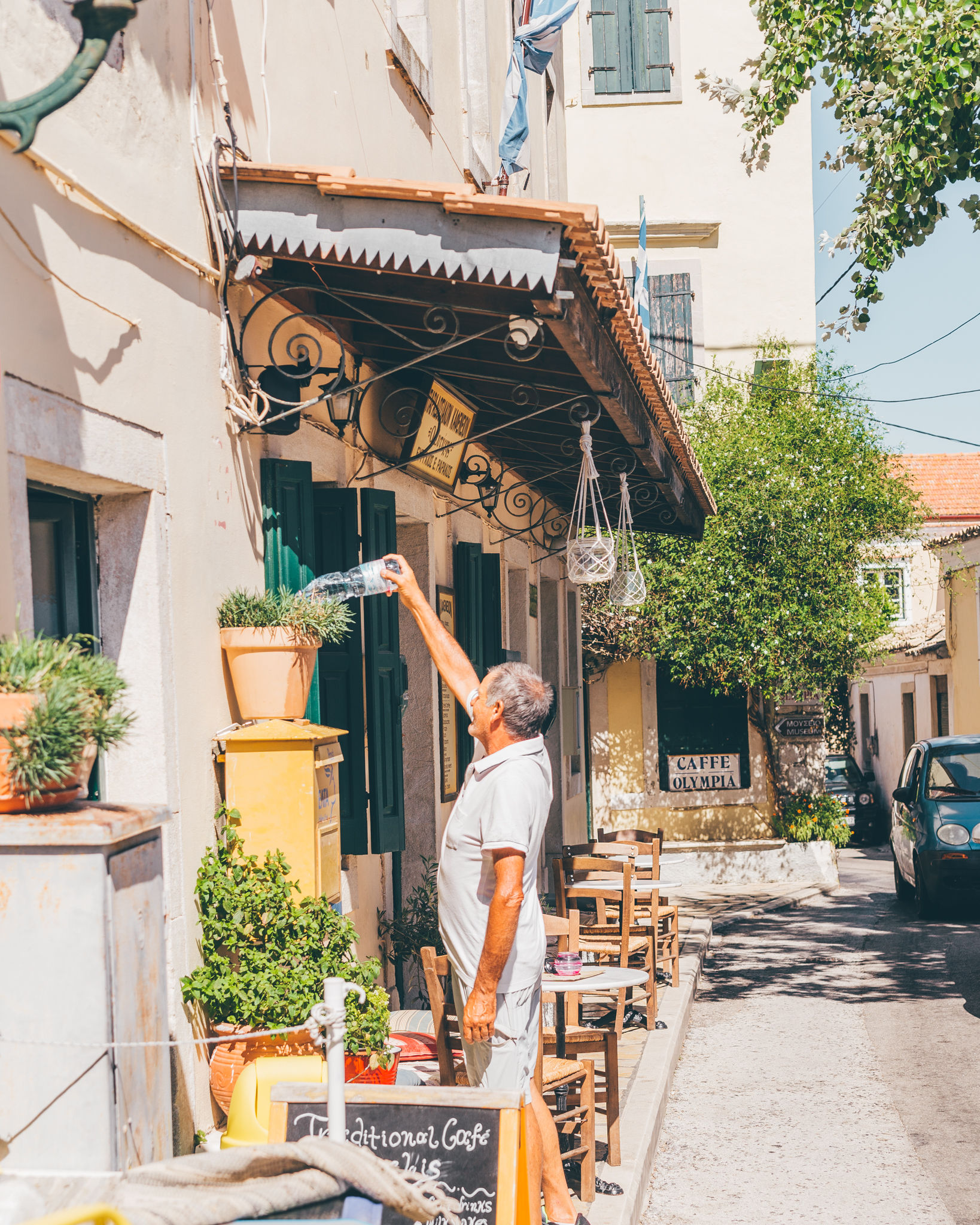 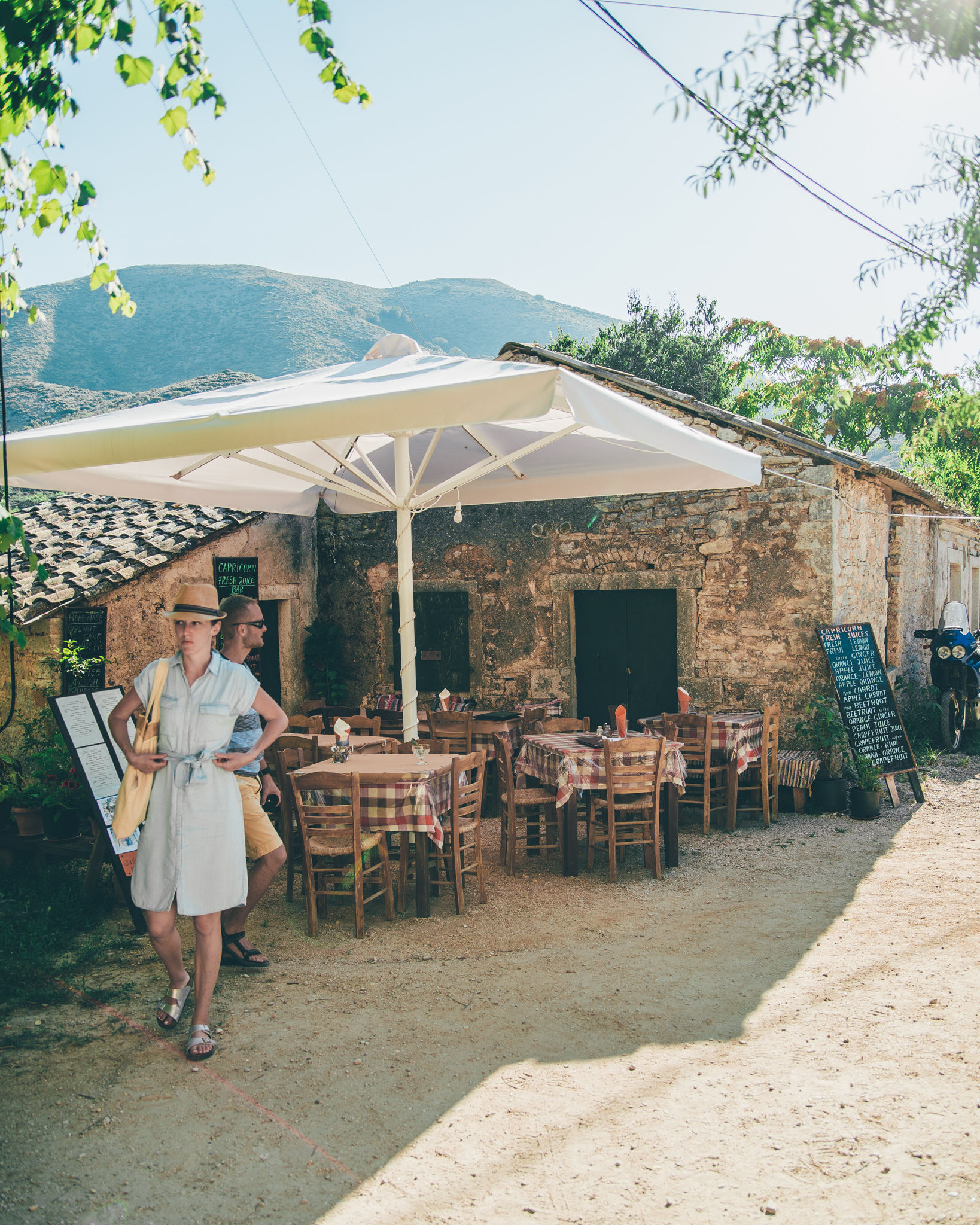 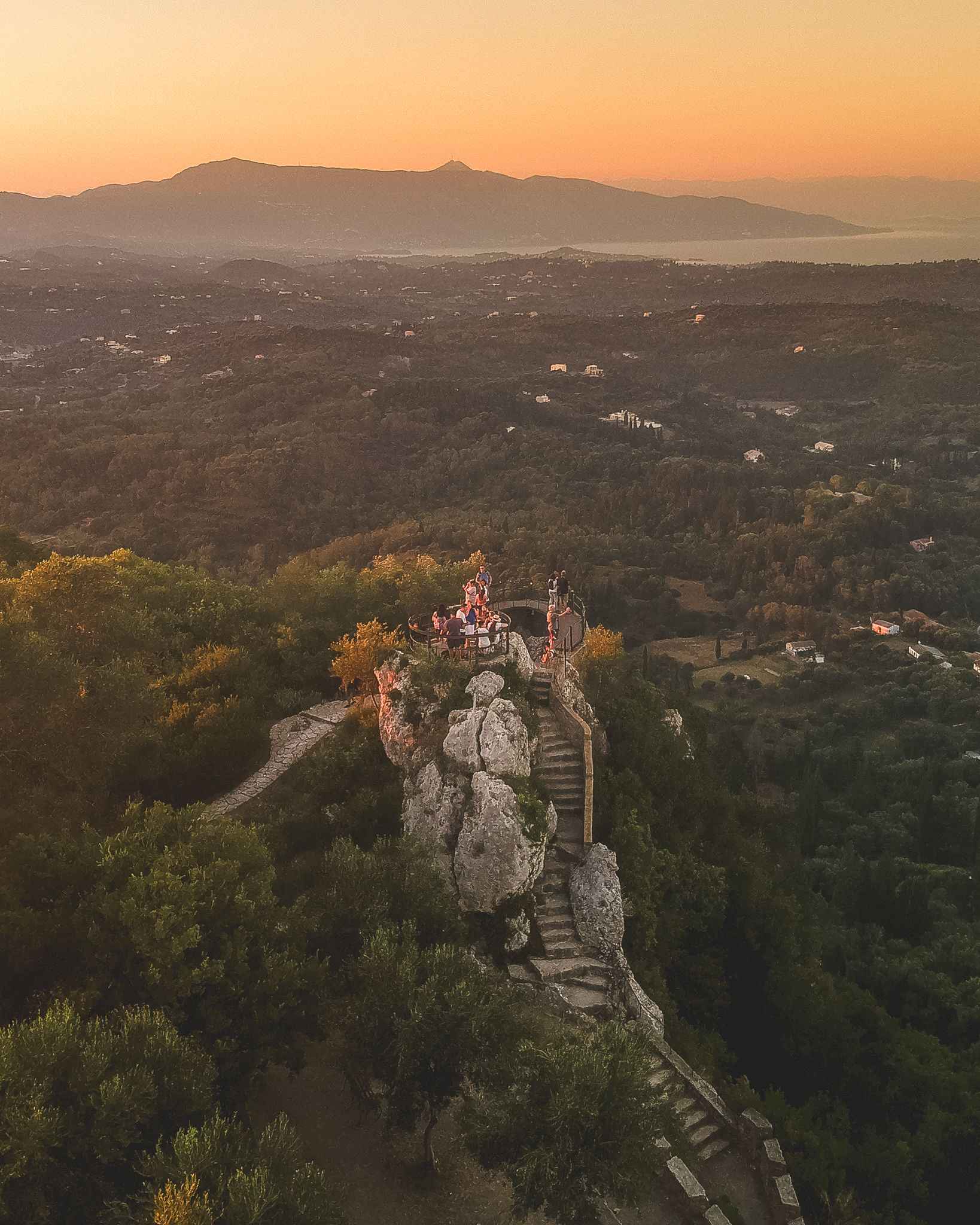 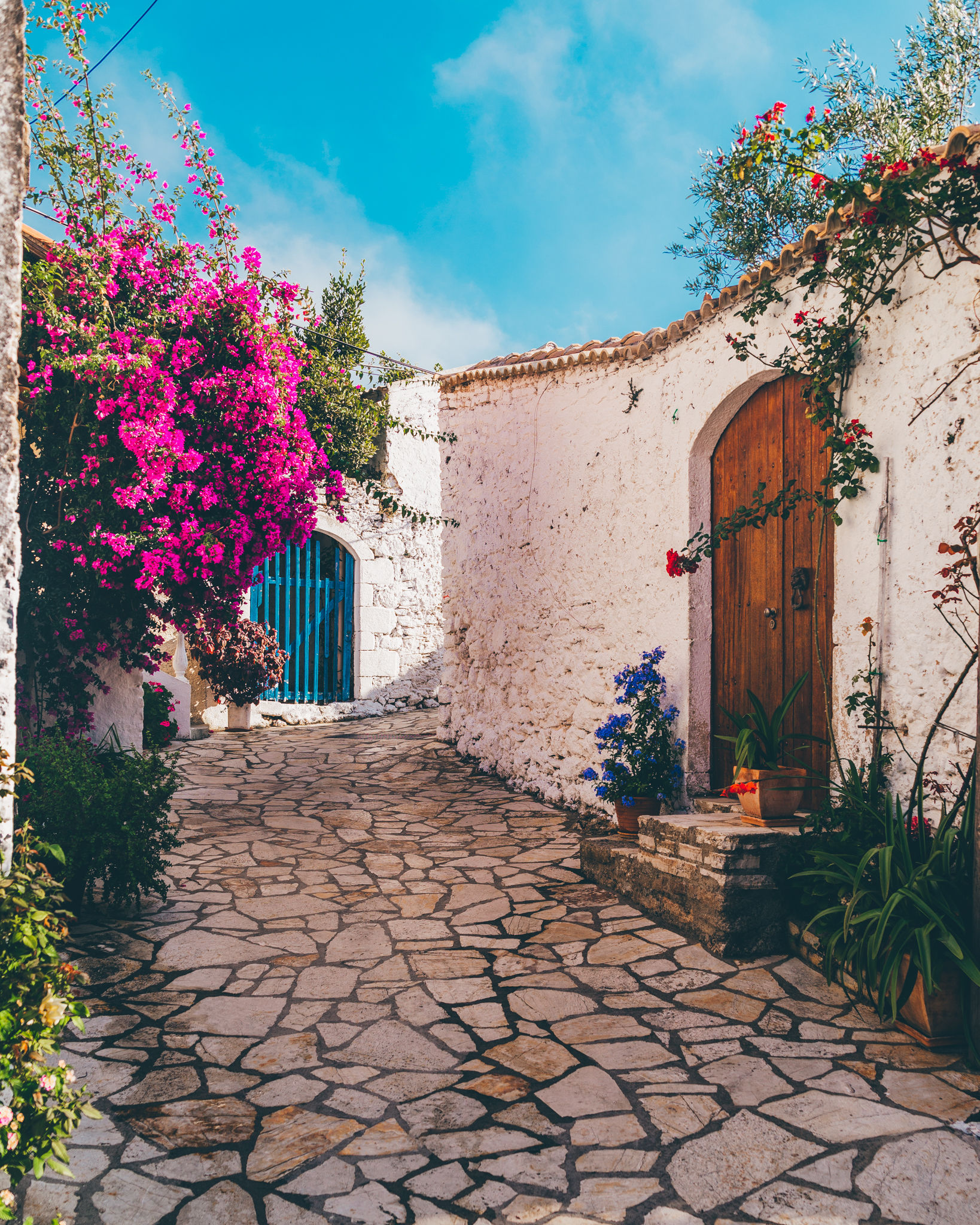 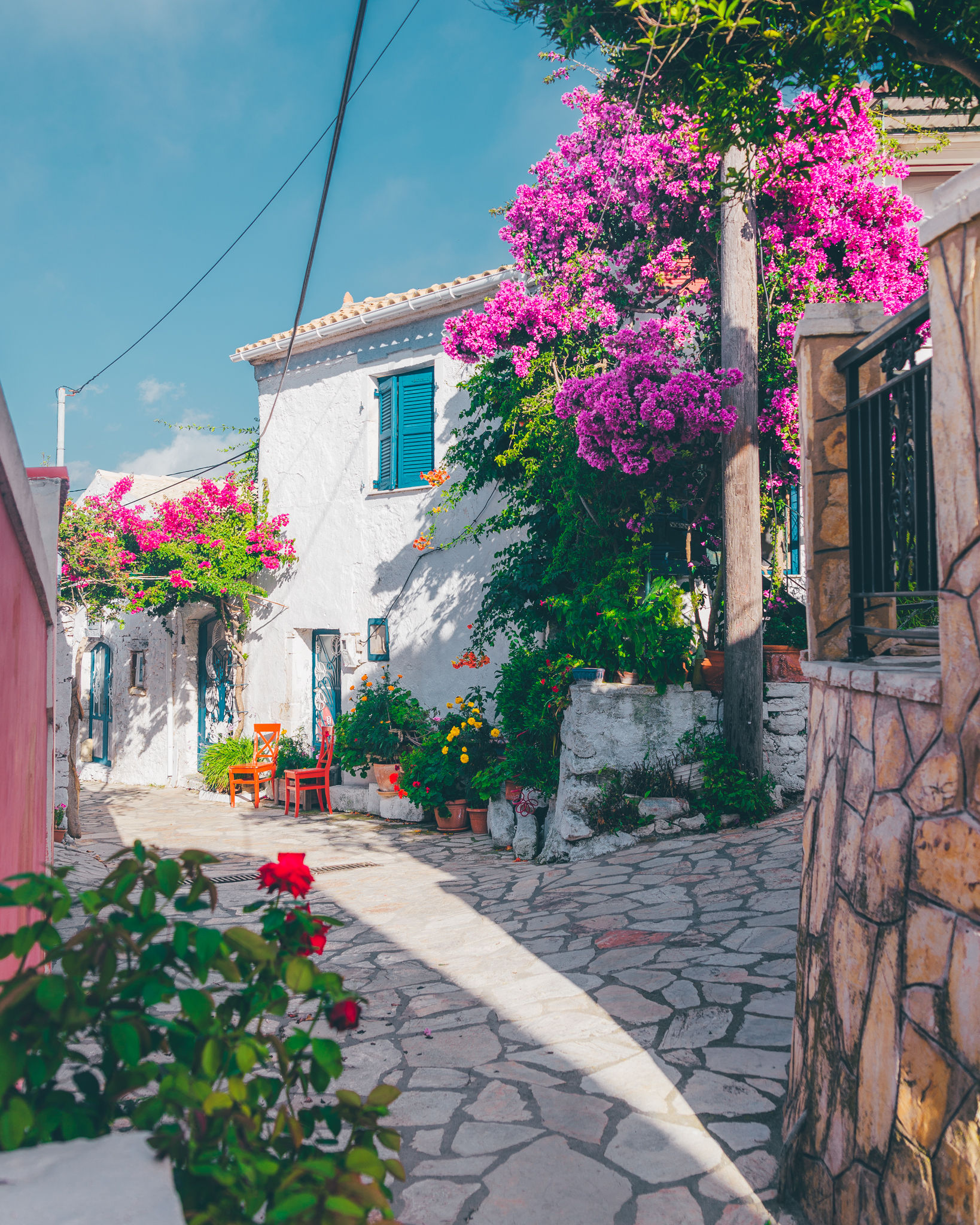 Prepare for a taste of Kefalonia

There are so many things to do on Kefalonia, but let’s concentrate on the eating and drinking. The island has a proud tradition of food and wine. Its cheeses (piquant feta, white-smooth manouri and yellow-hard kefalotiri) are rightly celebrated. And you’ll love the taste of the olive oil.

But you should definitely dedicate time to getting to know Kefalonia’s wines. Mavrodaphne is red, strong and sweet, Muscat is white and sweet… and the king of wines on Kefalonia is without doubt the dry, white Robola. Native to the island, it is perfectly adapted to the slopes where the vines grow. A visit to a Robola winery is a must.

A foodie guide to Kefalonia

Enjoy Lefkada… and then uncover the magic of Meganisi

No holiday is complete without a new discovery. So as well as enjoying Lefkada’s many treats, you should head to the islands east of its shores… Meganisi, Kalamos and Kastos. A 25-minute boat trip from Lefkada will bring you to Meganisi, an isle of only three villages and a population of little more than 1,000.

The beaches, mostly reached by foot or boat, compete with each other for other-worldly beauty - Agios Ioannis, Fanari, Spilia, Barbarezou and Limonari… And of its three villages, Katomeri is the biggest, without being in any way busy. Vathi is the perhaps most picturesque, and you’ll be bewitched by the olive and walnut groves around by Spartochori.

Have your own private odyssey on Ithaca

Ithaca is, of course, Homer territory… home of Odysseus and the second smallest of the seven main Ionian Islands. So while you’re here, take an Odyssey Tour. With its view of Polis beach, the ancient harbour at the time of king Odysseus, Stavros village houses a scale model of Odysseus’ palace (known as the School of Homer), designed by the famous Italian architect Bruno Mazali.

And surely we can tempt you with a visit to the Cave of the Nymphs (or Marmarospilia, according to its more prosaic name). Legend has it that this is where Odysseus hid the gifts he received from King Alkinoos of the Phaeacians. And to cap it all, head up to Piso Aetos and the ancient acropolis of the city of Alalkomenes. The boulders that make up the walls are so big they are known locally as Cyclopean. If all that doesn’t send your imagination into overdrive nothing will.

Sailing to Paxos and Antipaxos

Our final adventure is unashamedly about luxuriating in the irresistible colours of the Ionian Sea. We’re off sailing to the dreamy islands of Paxos and Antipaxos, collectively known as Paxi. Gaios, the principal harbour of Paxos, is an obvious first port of call, but you should definitely head for the picturesque little harbours of Lakka and Loggos to the north, and down the length of the western shoreline, which is inaccessible to cars. And then on to the isle of Antipaxos, just a mile off the southern coast, where exotic beaches do battle for your attention with sea caves.

Top things to do in the Ionian Islands

So what’s No1 on your list of things to do in the Ionian Isles? Was it the outdoor activities of Zante, village-hopping in Corfu, the food and wine of Kefalonia, following in the footsteps of Odysseus in Ithaca, exploring Lefkada (and beyond) or sailing to Paxos and Antipaxos? Send us a postcard with your answer.

FAQs about the Ionian Islands

Where are the Ionian Islands in Greece?

Which Ionian Islands have airports?

Three Ionian Islands (Corfu, Zakynthos and Kefalonia) have airports, receiving seasonal international flights as well as domestic flights from Athens throughout the year. Aktion airport, by Preveza, is just 20km from Lefkada, which is connected to the mainland by a bridge.

What is the best time of year to visit the Ionian Islands?

The Ionian Islands are favourite summer holiday destinations and are particularly popular in July and August. Some smaller islands, like Ithaca and Paxos/Antipaxos do not get too busy, but the larger islands (such as Corfu and Zakynthos) are at their best in the months either side of peak summer. Spring and early/late summer are perfect times to enjoy the greenery of the Ionian Islands, especially if you enjoy nature activities.

How do you get to the Ionian Islands by ferry? 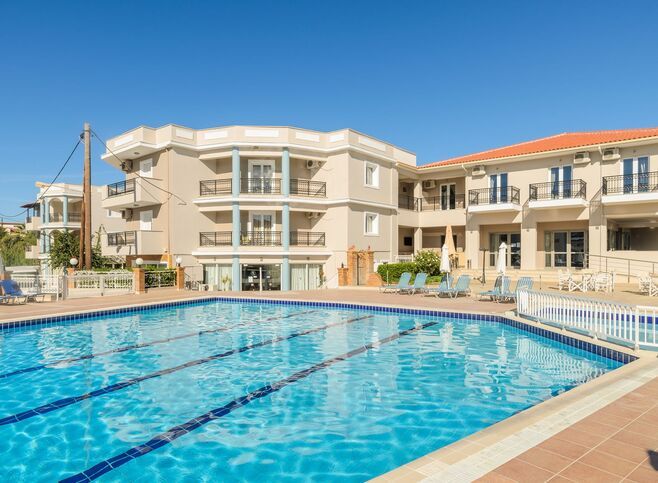 Hotel Karras is a 4* all-inclusive resort, which operates since 2000 and was fully renovated in the summer 2015. It is located i... 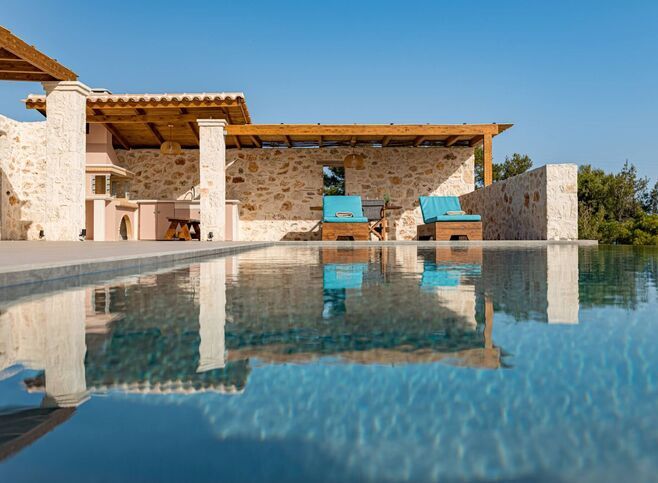 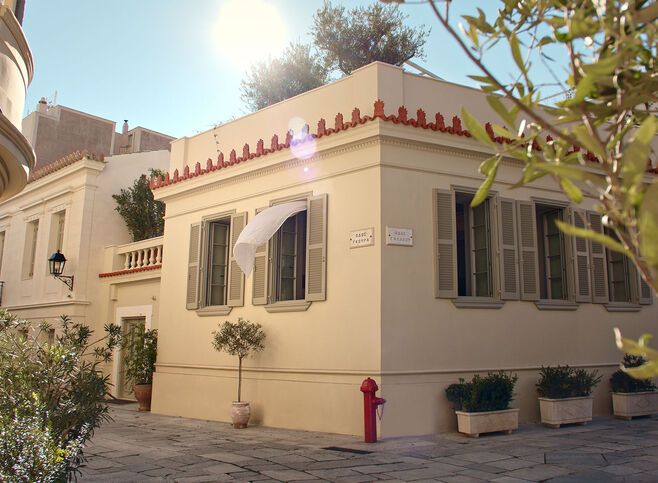 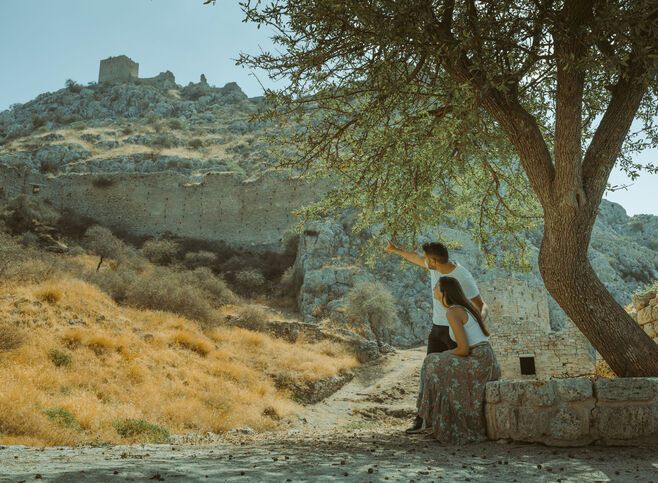 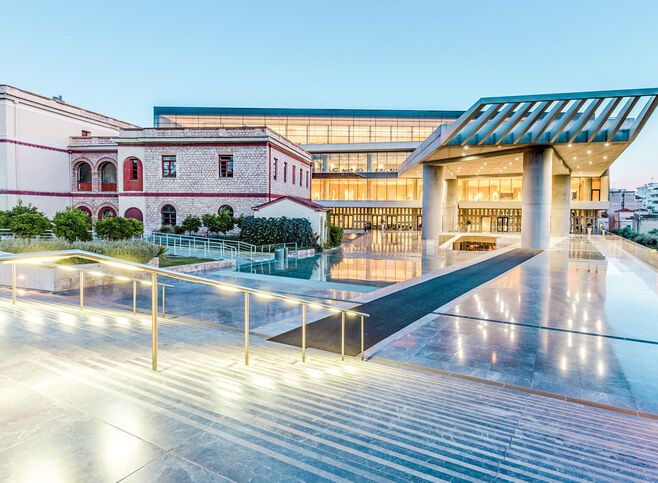 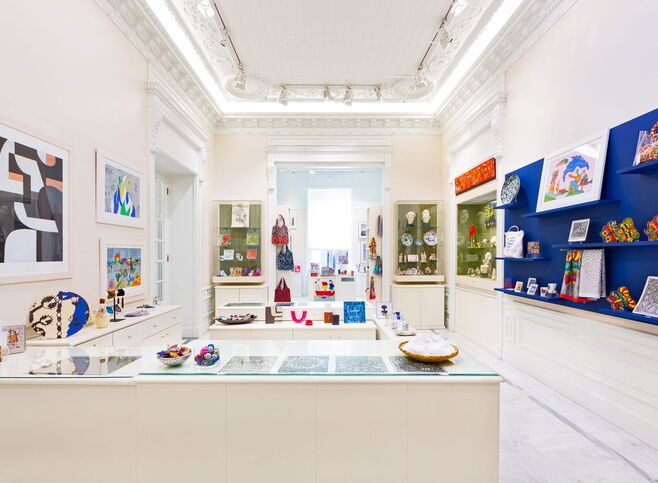 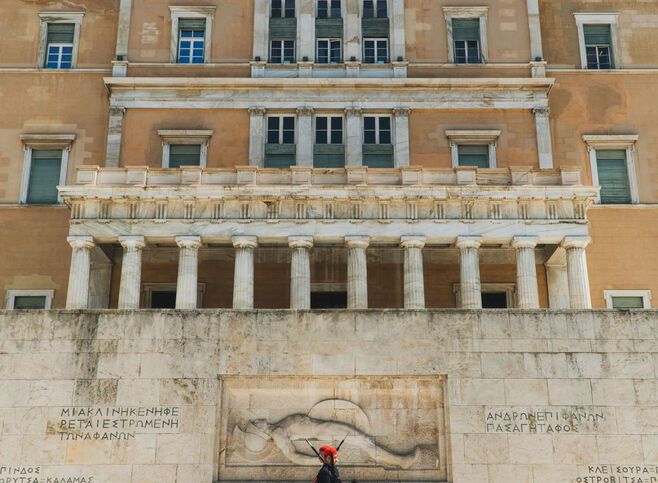