The rural and urban cooking of each region is a small but important piece of the puzzle called Greek cuisine. Until fairly recently, most tourists knew of only a small number of standard dishes – moussaka, tzatziki, Greek salad, stuffed vine leaves, baklava – without realising that each corner of this incredibly varied country has its own specialities.

The local larder and recipes are a product of the landscape, its fertility, crops, pastures, proximity to the sea, connections with other cultures – Italians, Anatolians, Slavs to name a few – and so much more.

But some threads connect them all: they obey the seasons and they are bursting with taste.

Greek cuisine is a mosaic of flavours that tells the story of the country’s rich cultural and culinary history. While herbs – thyme, oregano, basil, mint – are used extensively in Greek cooking, the presence of spices is part of the Byzantine heritage and a testimony to the great influx of Greeks from Asia Minor. To them, we owe such popular dishes as moussaka, imam baildi (stuffed eggplant), all the syprupy phyllo pastries in the baklava family, meats seasoned with cumin, and many many more.

In the local cuisine of the north, you may even come across emblematic dishes from the Pontus – brought by Greeks from the Caucasus – such as piroshki, a warming soup (sorbas) of bulgur and yogurt, and little pies called pisia filled with anything you can imagine. Pontic cooking is a celebration of a lost homeland, and so is the food of the refugees from Smyrna (now Izmir), who fled in a hurry in 1922 with only the clothes on their backs and their music and their recipes in their hearts.

With their arrival in Greece, followed later by many Greeks from Constantinople, the country inherited a vast repertoire of recipes from a culture that was more sophisticated than the mainland’s, with new seasonings, spices and preparations. Carefully kneaded meatballs (keftedes), cumin-scented soutzoukakia (meatballs with tomato sauce), atzem pilaf (lamb with rice and a multitude of other rice dishes) and dolmadakia (stuffed vine leaves and a whole range of stuffed leaves and vegetables) are a mere sample. 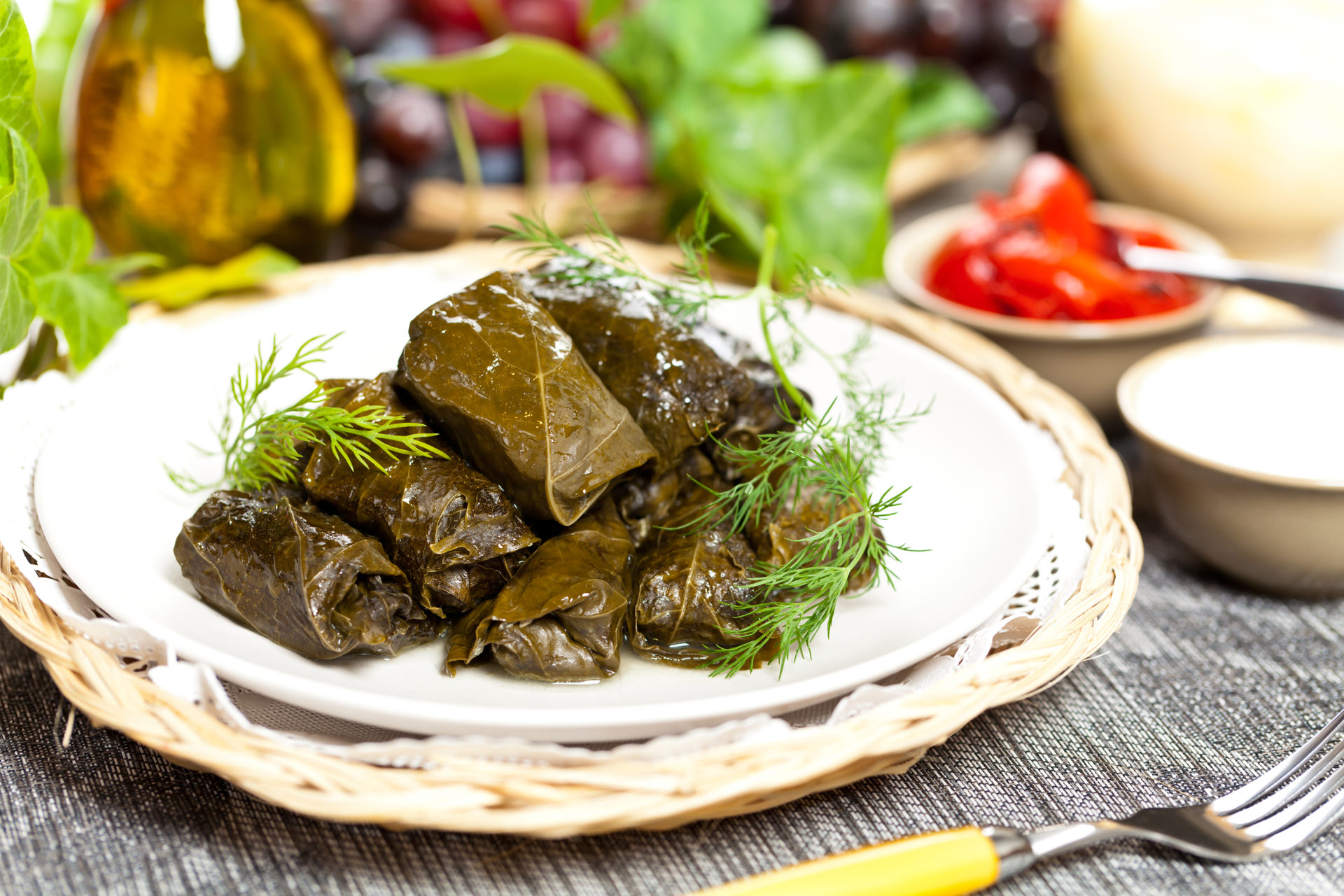 By now, these treats have been absorbed into the mainstream cuisine, but you’ll find them especially in tavernas in places where the refugees first moved, in the Athenian neighbourhoods of Palio Faliro, Nea Smyrni, Nea Ionia and, of course, in Thessaloniki, that great melting pot of cultures. There, in addition to foods from Asia Minor, you’ll find Sephardic Jewish dishes, specialities from the Balkans and plenty of marvellous seafood, such as pilaf with ultra-fresh mussels, shrimps in tomato sauce and scores of little dishes which all go down a treat with a little ouzo and friendly company.

The whole region of Macedonia is a bountiful garden. Vast orchards with trees weighed down with Edessa cherries, peaches, apricots and apples; fields purple with Kozani’s saffron crocus; vine-covered hillsides around Naoussa and Drama, producing divine red and white wines. Then there’s Grevena’s magic mushrooms, Florina’s flaming red, sweet peppers, and the delicious beans and pulses of Kastoria and Prespes, where the bean fields extend alongside the magnificent lakes.

In the north, you’ll find game raised on special farms, excellent sausages and preserved meats like pastourma, hearty soups and stews that are perfectly complemented by the local red wine – xinomavro – which rates among the best in the world. In summer, on the rugged shores of Halkidiki, where the pine woods reach the water’s edge, you’ll succumb to the irresistible riches of the sea, freshly-caught fish and shellfish prepared to perfection whether at your luxury hotel or at the humble taverna on the beach. 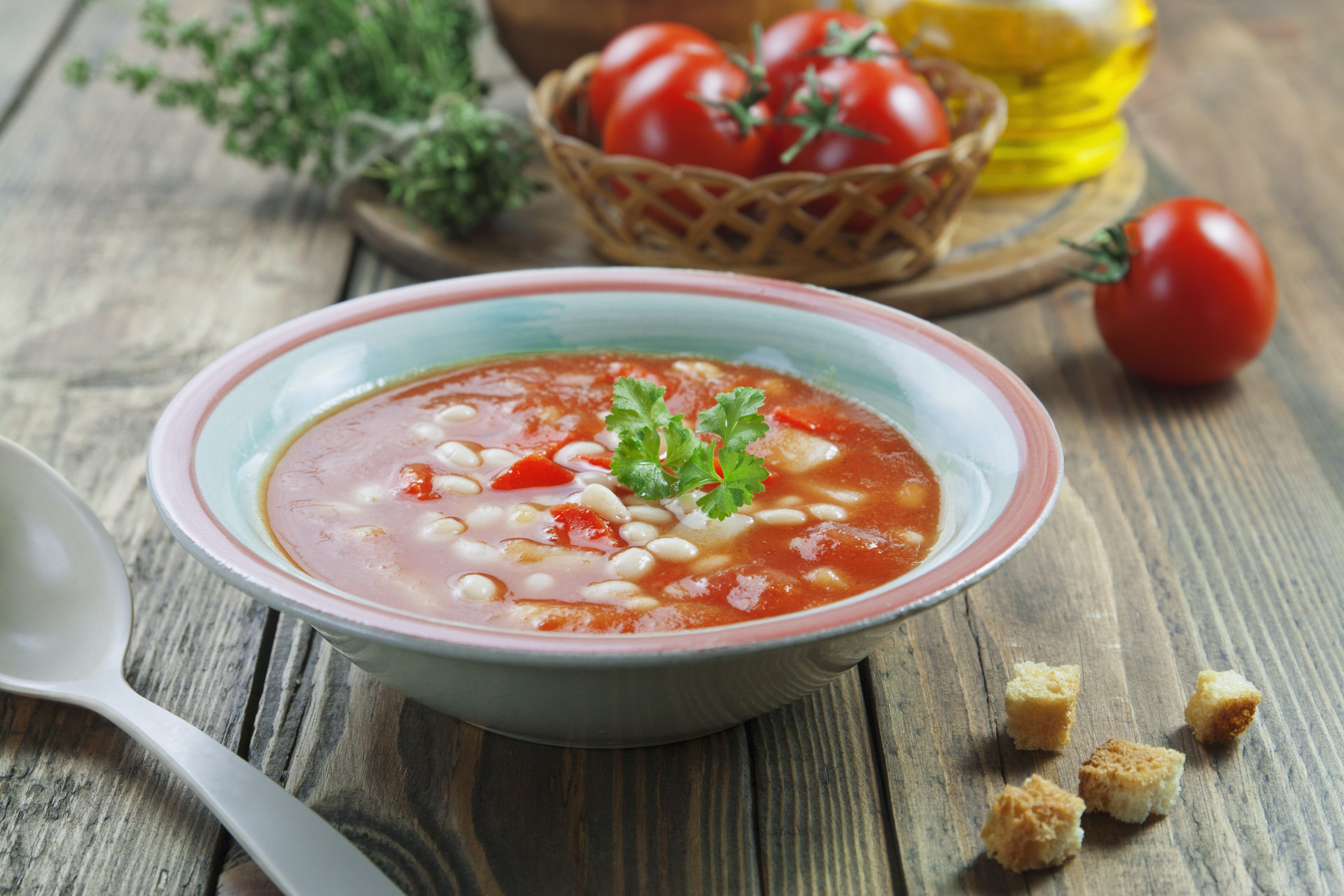 In the Ionian, you’ll find many culinary influences from the 400 years of Venetian occupation. Corfu is famous for dishes like pastitsada, beef or cockerel stewed with pasta, tomatoes and a touch of spice – hot paprika – not found in the rest of the islands. But thick tomato sauces, redolent of the sun and enriched by garlic and herbs, are common to all of them.

Peppery ladotyri cheese and nougat from Zakynthos, lentils and salami from Lefkas make good souvenirs that will fuel memories of your Ionian holiday. While there, keep your glass filled with Kefalonia’s dry white Robola and smooth Verdea on Zakynthos.

The amazing delicacies that come out of the Cyclades belie their dry appearance. Many of them support small cheese producers, whose gravieras and fresh cheeses rarely travel beyond their shores. They are also famed for their wonderful sausages and preserved meats, sundried tomatoes, capers and almond-paste confectionery, not to mention that the octopuses hung out to soften in the sun make a spectacularly idiosyncratic island scene.

Try some charcoal-grilled, with a bowl of pungent kopanisti cheese, some fava (mashed yellow chickpeas), tomato or courgette fritters and mild summer greens and you won’t want anything more; especially if you have a bottle of Santorini’s white assyrtiko or red mavrotragano to hand.

And most of all Crete, the island that gave the world one of its healthiest – and most delicious – ways of eating. Wild greens in abundance, the best olive oil, fresh fish and heavenly cheeses. As soon as you land, you’ll smell the herbs growing on its hillsides – oregano, thyme, rosemary and dittany – blended with the salty air from both the Libyan and Aegean sea. Just the appetiser for what you are about to discover on your culinary odyssey. 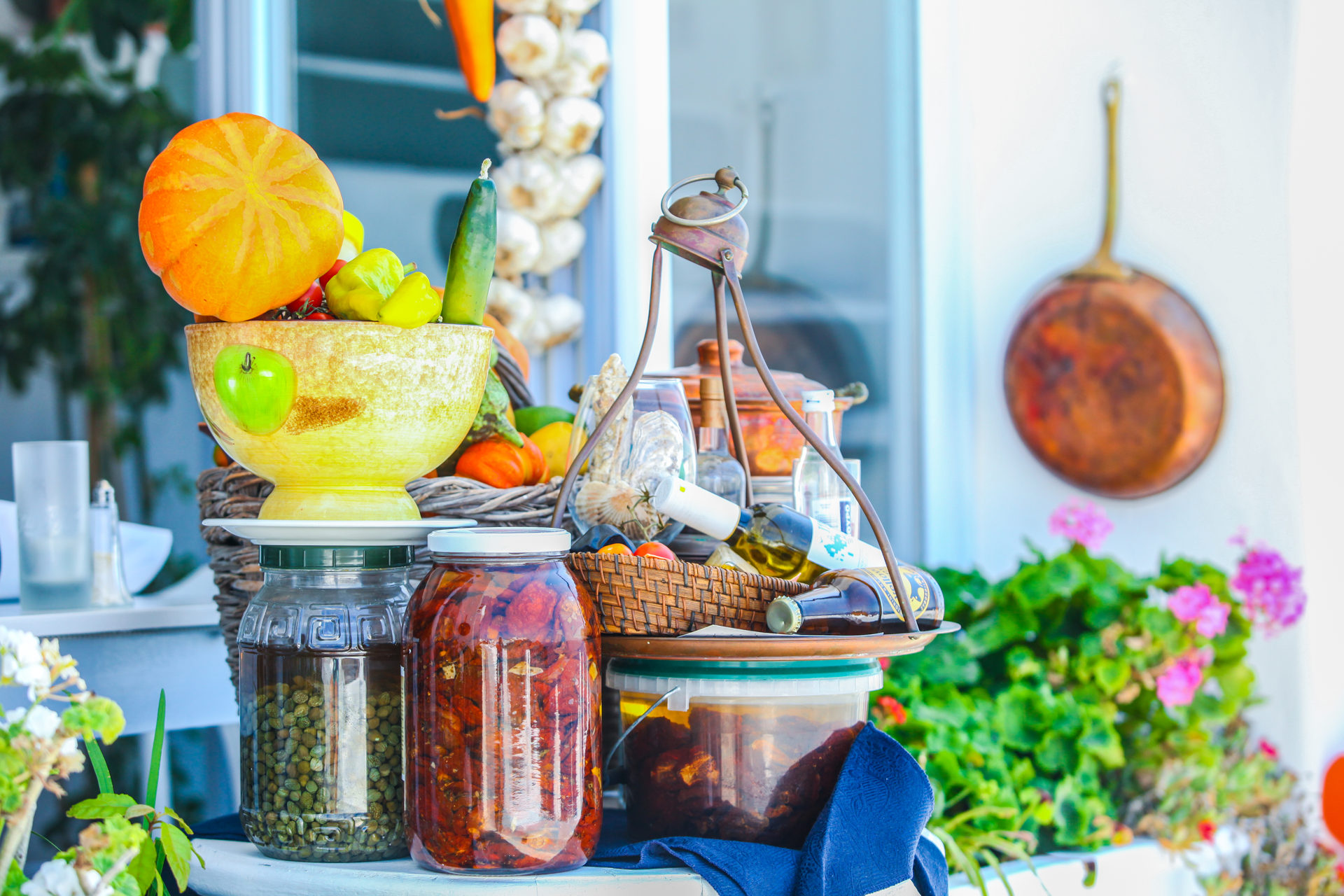 Heading north to Thessaly, you’ll discover the secrets of its local cuisine, those of the plain, the breadbasket of Greece, and those of the herdsmen, who put their flocks out to pasture on the mountains that encircle it – producing exceptional meats and cheeses. Organic vegetables are in abundance, the charcuterie from small farms is always of the highest quality and, for those with a sweet tooth, there is sticky halva from Farsala.

This is the home of potent tsipouro, drunk by the thimbleful on every and any occasion. To the west, mountainous Epirus boasts no industries but has a rich gastronomic tradition pared down to the essentials. Take its pies, for example. Perfected by nomadic shepherds or farmers, these pies exemplify rural cuisine at its finest. The ingredients are rudimentary: wheat and/or cornflour mixed with a drop of oil bartered from the lowlanders or butter from their own flocks, combined with a handful of wild greens plucked from their doorstep and a smidgen of cheese.

But try one piping hot from the wood-burning oven and you’ll remember it forever. A pie like this is a meal in itself, a single concentrated portion of Mediterranean mountain goodness.

Hop down to the Peloponnese, the land of the olive and the citrus. The endless orange groves of Laconia, the Argolid near Epidaurus and Mycenae and proud Mani, where they add oranges to their sausages and lemons to their tomato stews. The Argolid also produces the best artichokes, while Leonidion hosts an aubergine festival each summer. 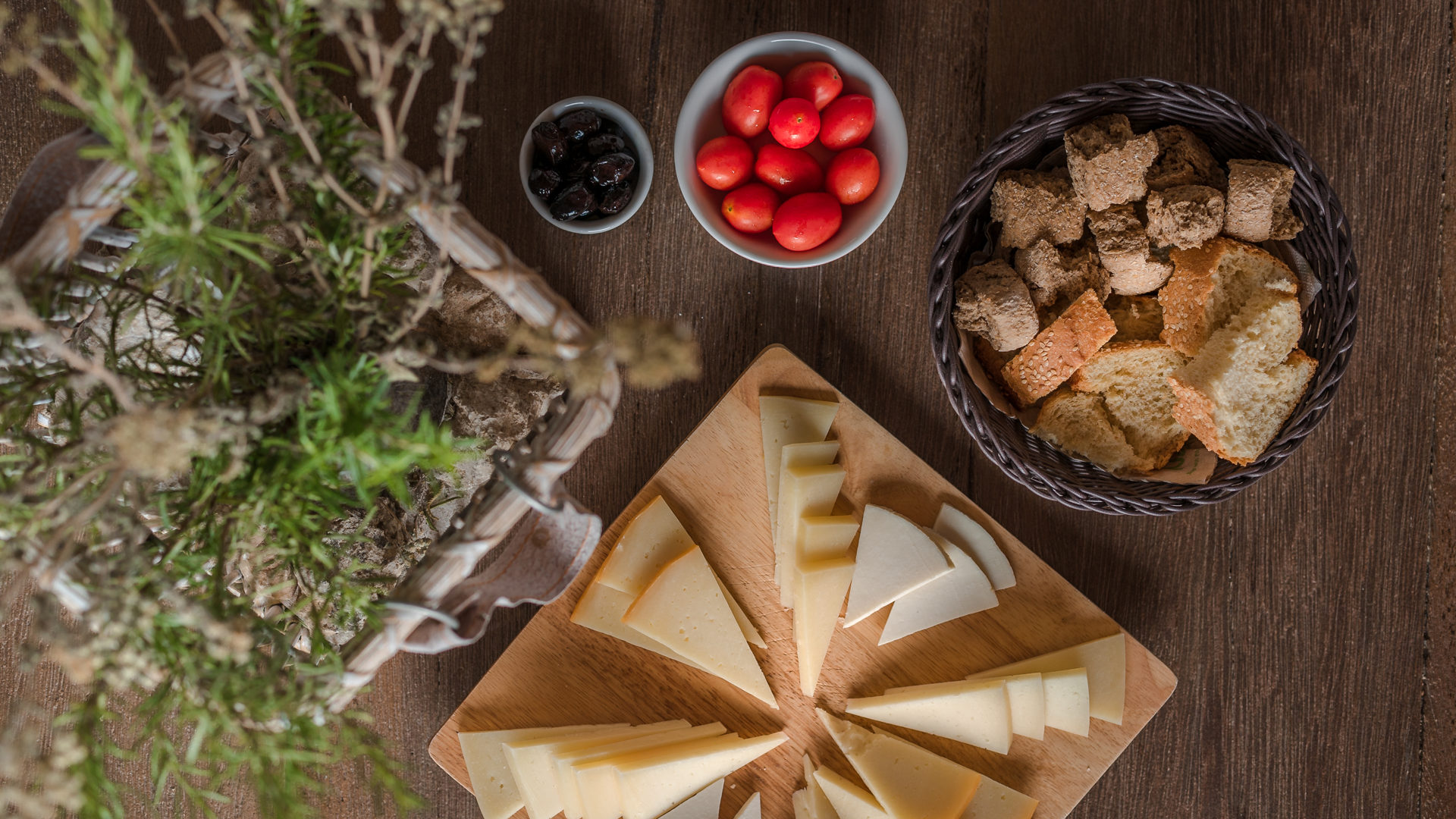 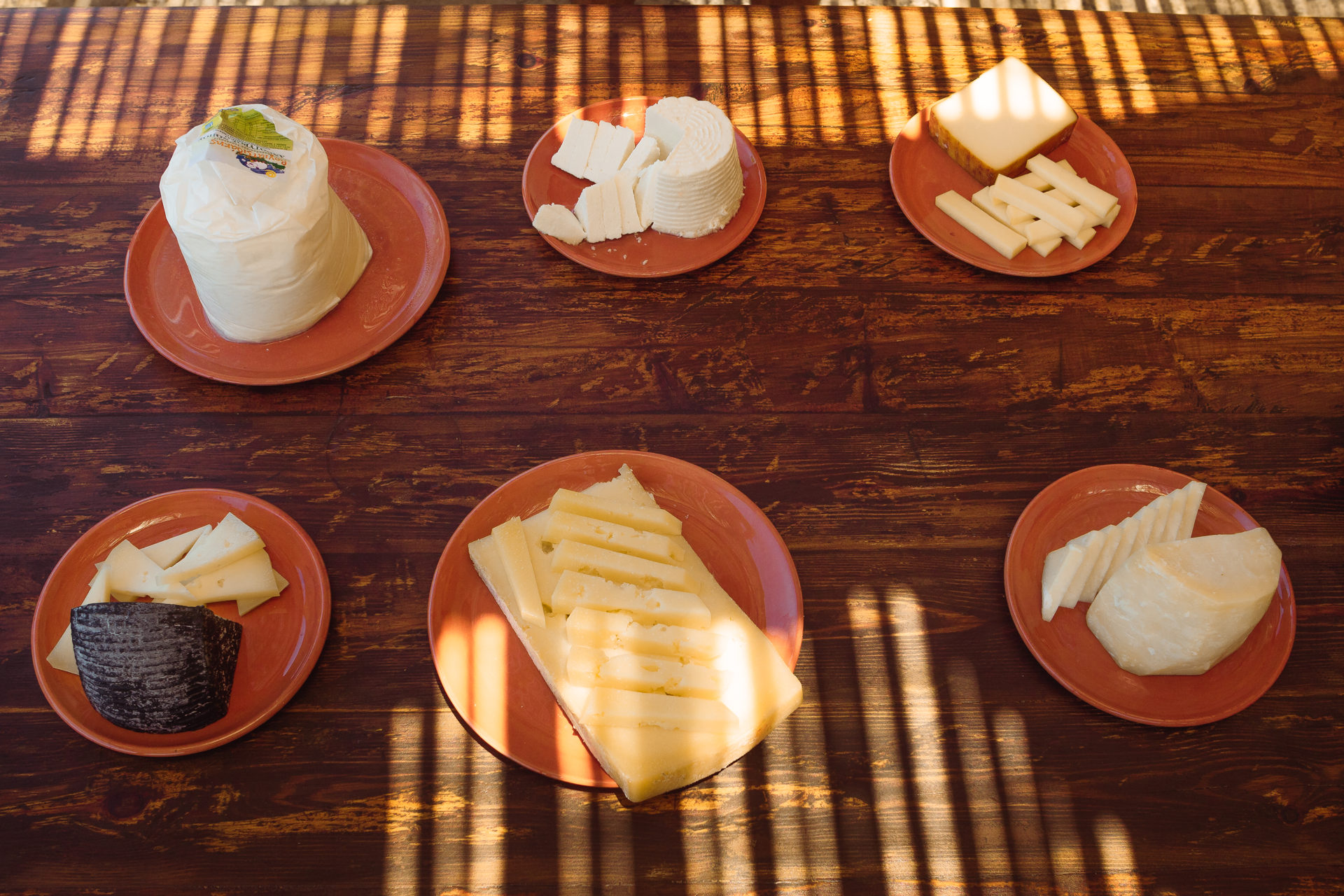 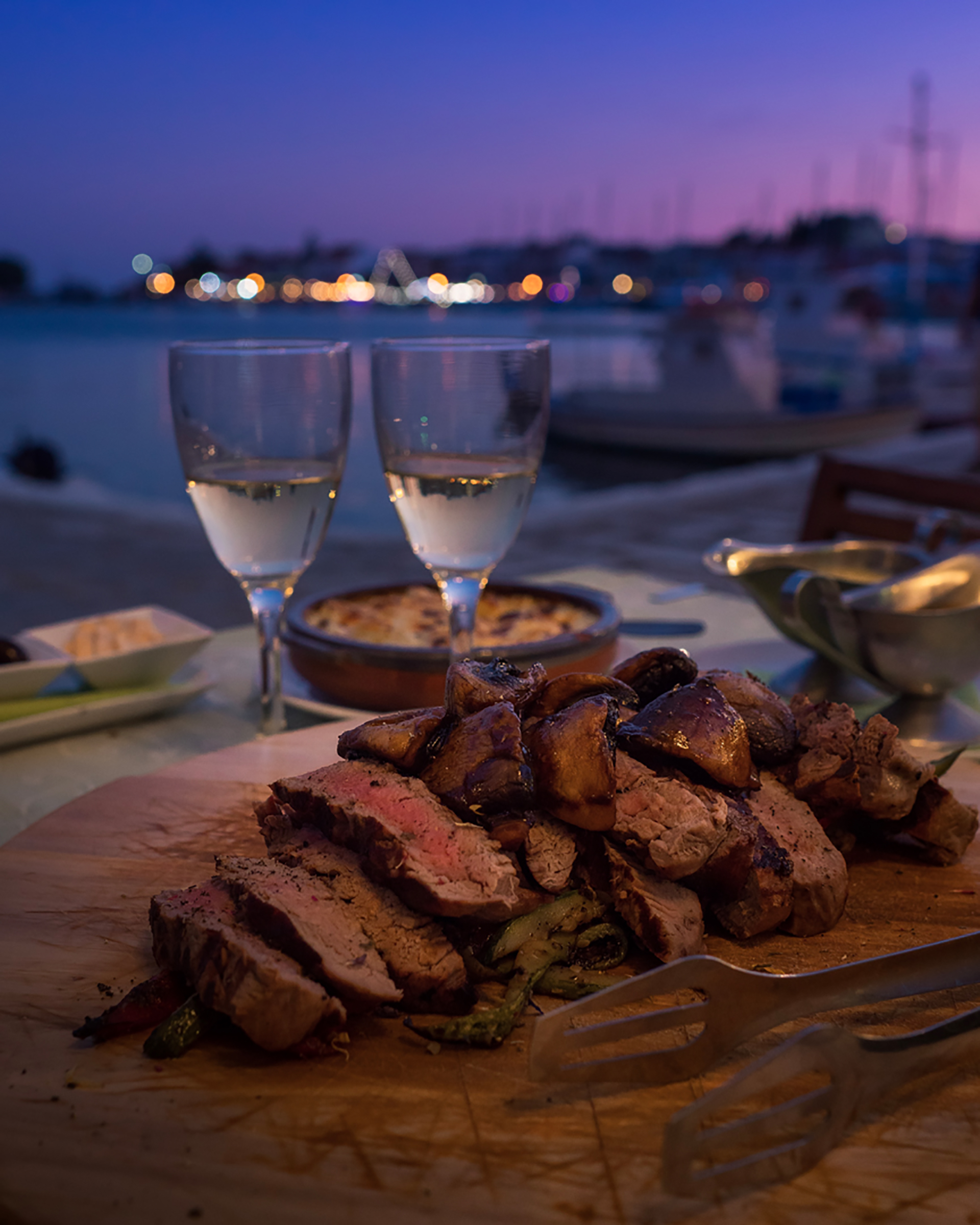 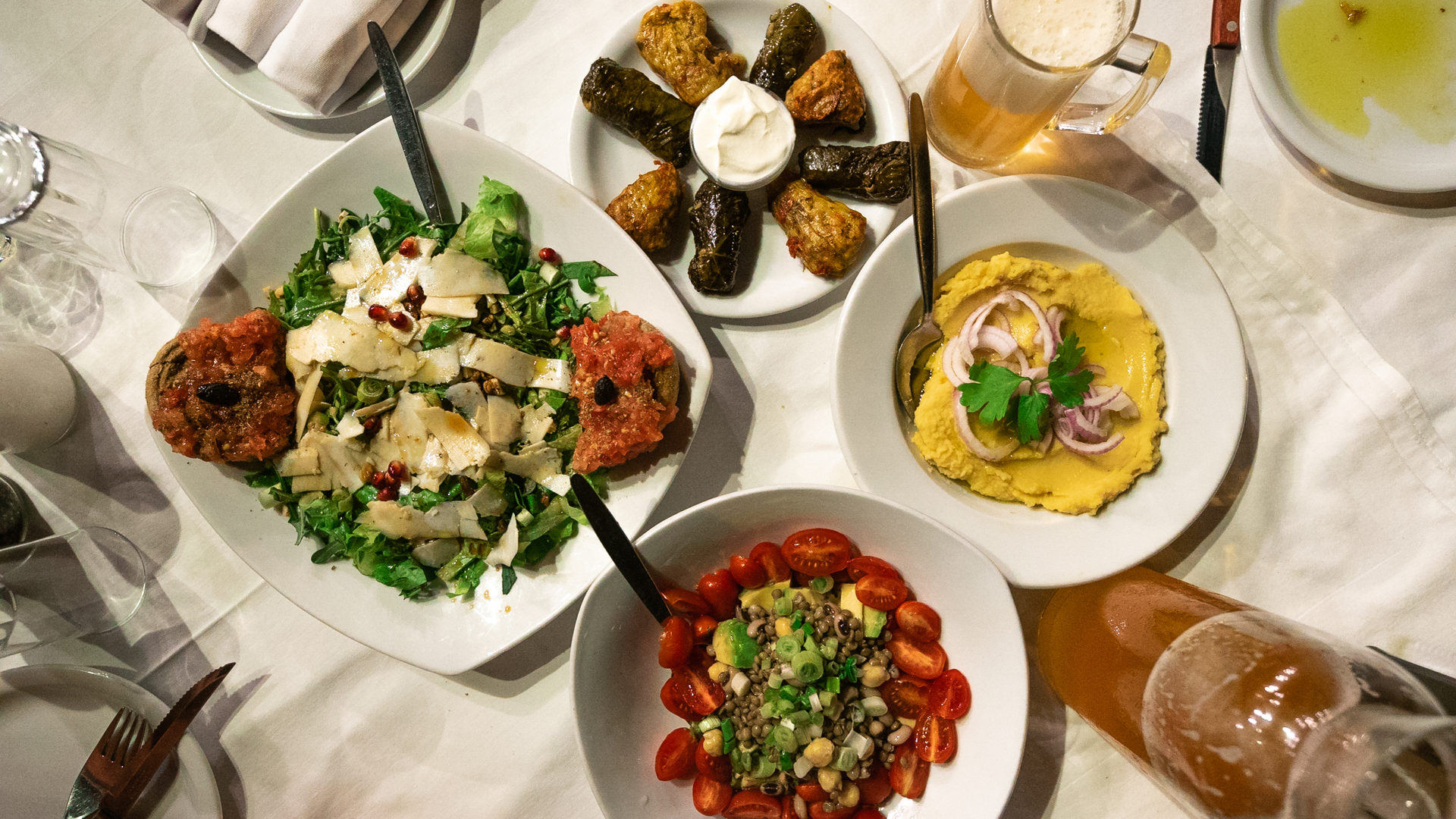 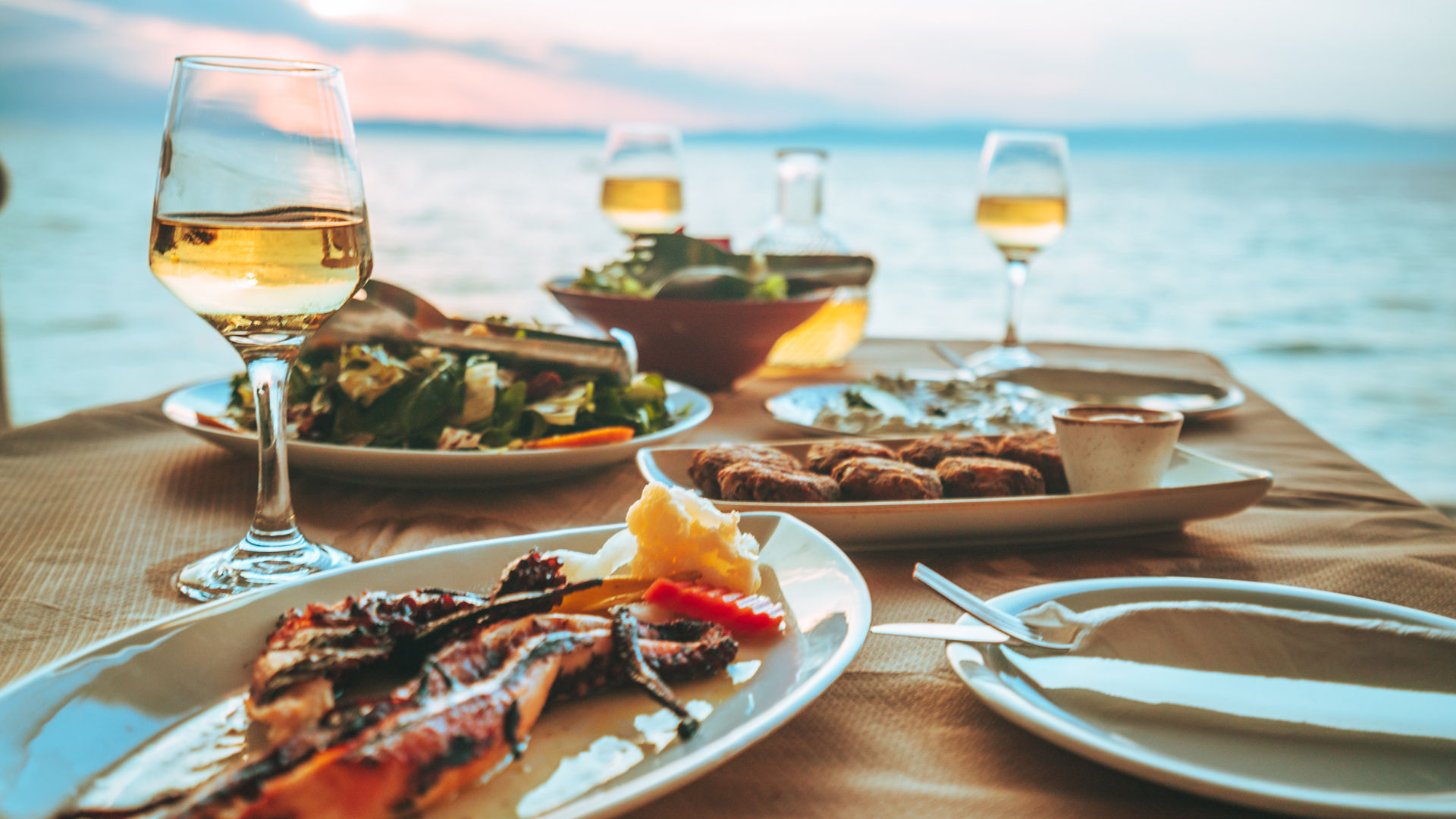 Group
Combine a unique safari tour in the White Mountains of Crete and take in the most incredible panoramic views, visit traditional Cretan villages, learn the...
Group
Athens is Mediterranean – it saves most of its energy and excitement for after the sunset. That’s when it shifts up a gear and puts...
Private
Eat your way through Athens! Discover Greek flavors and their history, with a walk through some of the city’s most interesting neighborhoods, rarely visited by...
EXPLORE ALL