Sampling the wine routes of Santorini

Bottling all the authenticity of an island renowned for its cosmopolitan charm, the wineries and vineyards of Santorini allow you to enjoy thousands of years of wine-making tradition. 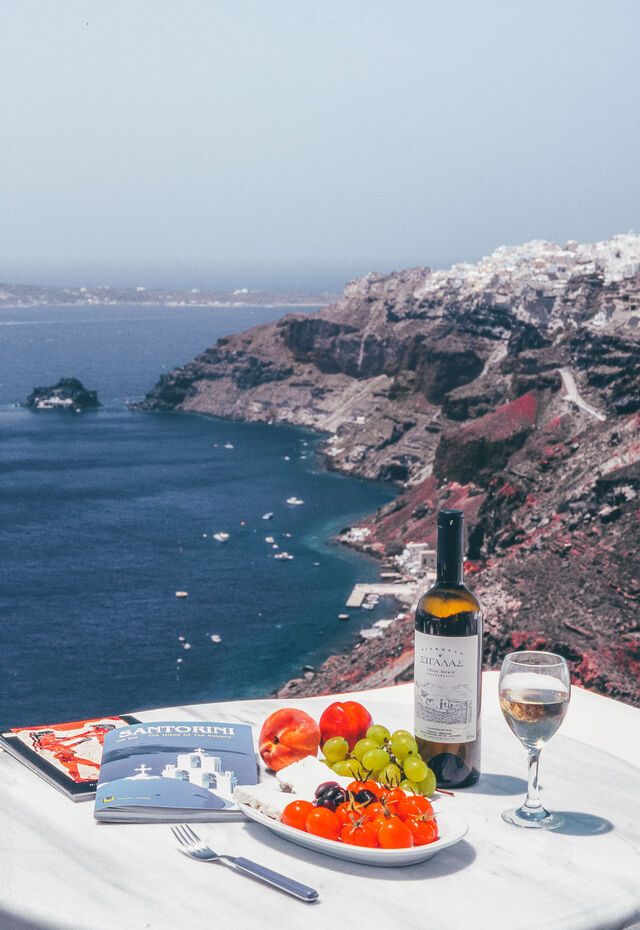 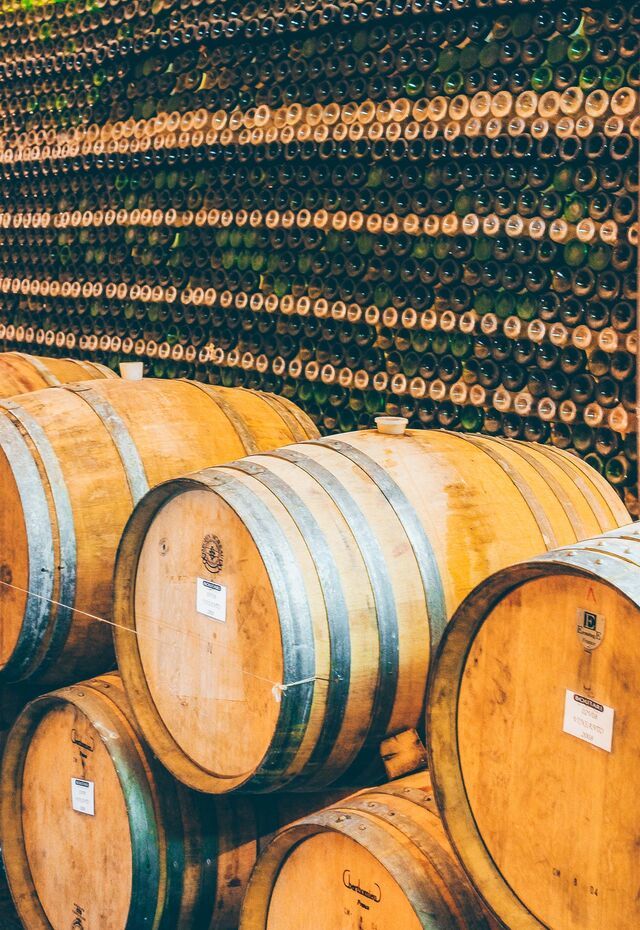 When it comes to Old World wines, Santorini makes a special case for attention. Wine-making can be traced here to before the eruption of its legendary volcano, more than 3,000 years ago. So when you set out to explore the island’s wineries and vineyards, you do so in the knowledge that its viticulture roots run very deep.

Deeper even than the time of the phylloxera insect that decimated European vine roots in the late 19th century, but didn’t affect these vines because they were protected by the volcanic soil.

More than 50 grape varieties grow here – chief among them the Santorini’s famous, crisp white award-winner Assyrtiko and the PDO-protected sweet Vinsanto, made with sun-dried grapes and served as a liqueur.

But beyond grape varieties and history (amphorae and wine-making utensils have been found at the Prehistoric settlement of Akrotiri), the story of Santorini’s wineries is about the characters who run them and the traditions they follow.

The ancient pruning system that curls vines into kouloures (baskets), protecting them from winds and intense sunlight and allowing them to absorb more water, can be found throughout the island. And the subterranean arched cellars, known as kanaves, are still part of the architecture of many vineyards.

From touring the wineries and cellars, to wine-tasting accompanied by local cheese and cold cuts, this is where Santorini has chosen to bottle much of its authenticity. So much so that when you’re home and you pop a cork of one of the bottles you’ve taken back with you, you’ll be taken right back to the vines and the people who produced them.

There are around a dozen wineries around Santorini that can visited, either individually or as part of a tour. Here are some suggestions:

Switch the whitewashed elegance of cosmopolitan Oia with the greenery and authenticity of a vineyard in just a few kilometres. Amongst them is Domaine Sigalas, a short walk away.

What more incredible backdrop could there be to a winery than the Caldera? The vineyards here are grown in terraces around Megalochori and Pyrgos Kallistis. There are a number of options, amongst them Santo Wines (a cooperative with more than 1,200 members) as well as Venetsanos, Boutaris and Gavalas wineries.

If it’s an authentic village setting you’re after, then head to the settlements of Episkopi Gonias or Vothanas. You’ll find wineries such as Argyros Estate and the Koutsoyannopoulos Winery & Wine Museum, built in a cave 8m below ground and with a labyrinth of tunnels reaching 300m that showcase wine-growing scenes from the 17th century.

Over on the eastern side are vineyards, with a very different sea view. Amongst the wineries here is Gaia Wines, midway between Kamari and Monolithos and situated right by the beach.

The harvest period is August-September. 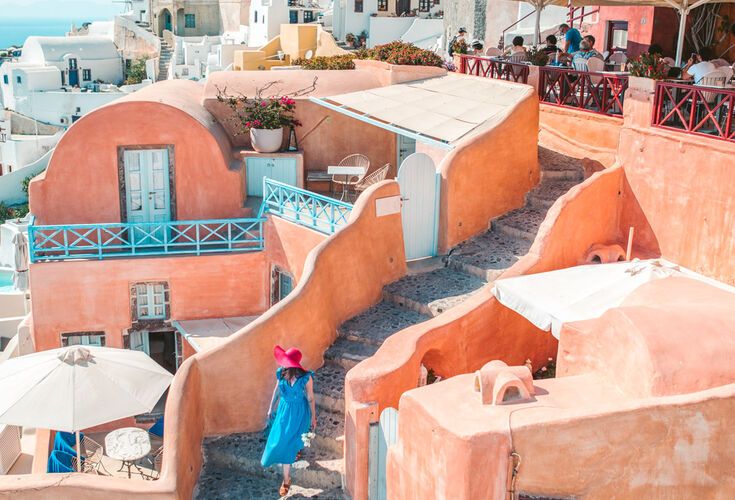 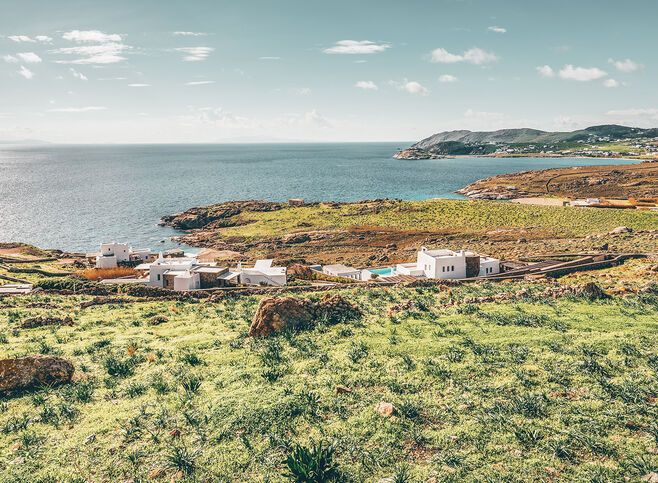 EXPERIENCE
Uncover the roots of Mykonos on an agro-tourism tour 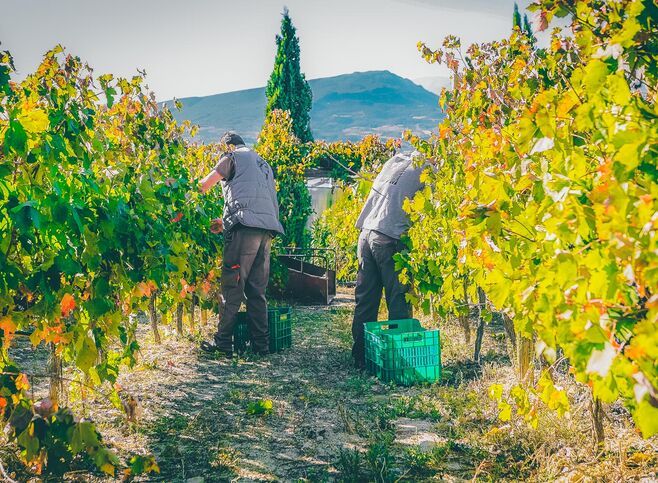 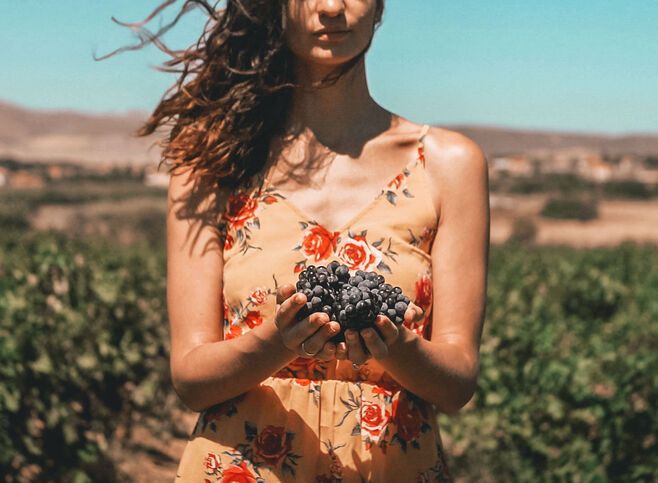 EXPERIENCE
Tap into the deep-rooted wine culture of Limnos 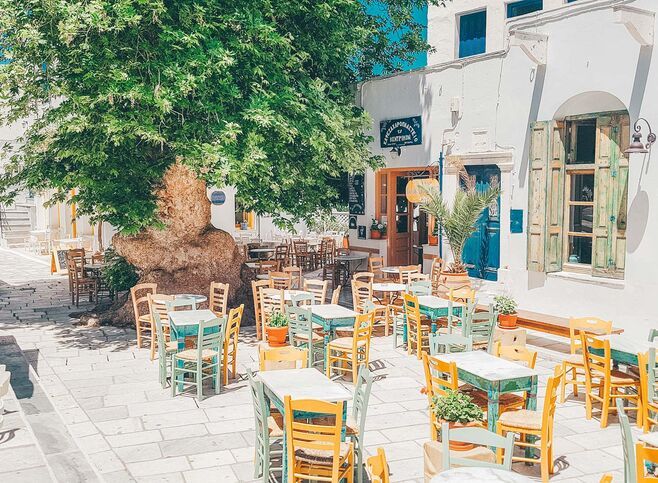 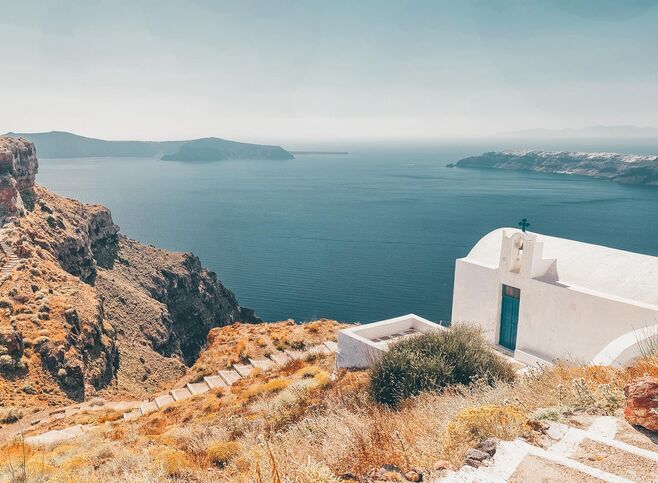