The secret escape in the Cyclades 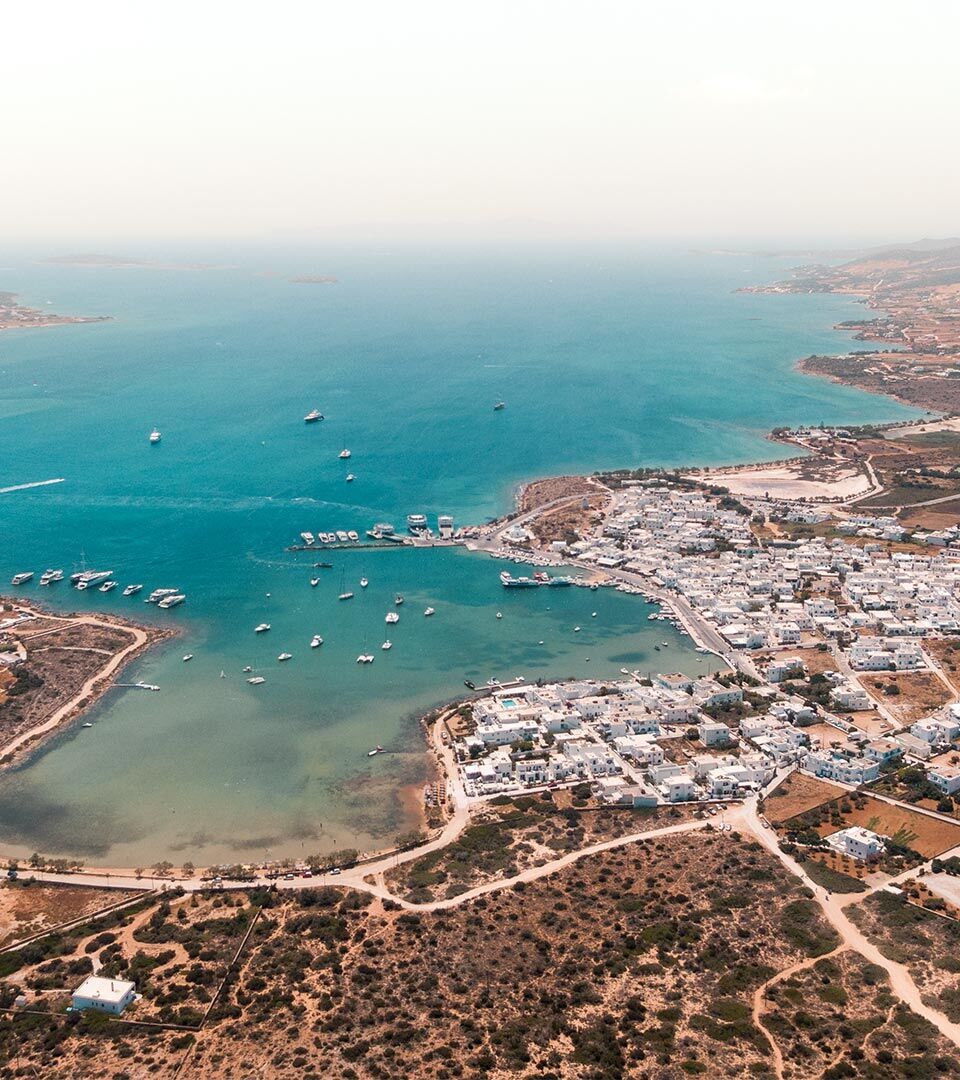 Today
14°
TUE
14°
WED
17°
THU
17°
FRI
16°
Sparkling with natural beauty and distinctive Cycladic colour, quiet and unassuming Antiparos justifies its fame as the secret holiday island of the Aegean and offers a perfect contrast to its lively big brother, Paros

Antiparos is an island in the Cyclades that combines beauty with history and archaeological interest, nightlife with moments of relaxation and peace, and intrepid hikes on nature trails of exceptional beauty with water sports. It is a mere stone’s throw from Paros, with which it is connected by ferry.

When you disembark at Antiparos’ picturesque harbour, an enchanting aura will seduce you. Whitewashed houses with blue brushstrokes, paved alleys with bougainvillea and eucalyptus and an overwhelming atmosphere of optimism and positive vibes will welcome you.

With a coastline boasting a wealth of beaches, caves and picturesque coves, and a landscape dotted with chapels and a Venetian castle, Antiparos invites you to get to know it. Although it’s also comfortable keeping secrets. Numbered among its many fans is the Hollywood star Tom Hanks, who has chosen it as his idyllic Greek summer getaway.

Things to do on Antiparos island

Explore the artistry of the Cave of Antiparos

The imposing Antiparos Cave has been known since the Stone Age, judging by archaeological findings and the carvings found inside. Perched high above the sea on Ai Yiannis Hill, this huge cavern commands a brilliant view of its surroundings and plenty of international fame as well. Having descended the 411 steps to its entrance, you’ll be awestruck by the sheer artistry of nature within. Many of the shapes let your imagination run wild, with columns of stalactites cascading like waterfalls.

Just off the southeast coast of Antiparos lies a small uninhabited island, Despotiko. Its rocky moonscape, with unspoilt beaches of all sizes, will offer you the chance to while away the hours in serenity. In places, the depth of the sea gives the water a most vivid blue, casting a spell on every visitor. Meanwhile, nearby archaeological excavations of the Temple of Apollo and Artemis gradually reveal more and more, bringing long-forgotten mysteries to light.

Enjoy a bouquet of beaches around Antiparos

Typical of the Cyclades, Antiparos has an array of beaches to suit all tastes. Sandy or rocky, shallow or deep, sheltered or with high waves, the beaches offer both moments of relaxation or sea fun. Popular Psaralykes, Sifneiko, Agios Spyridonas, Kalargyrou and Theologos (the camping beach) are all near town.

A few kilometres away, you will find Glyfa, Apantima, Soros, Sostis, Monastiria, Kampos and Livadia, wonderful beaches with clear blue waters. To the south, the beach of Agios Georgios, sheltered, with translucent waters, lends itself to seabed exploration. From there, you can cross over to Despotiko for a dive in the waters of Livadi, a beach of rare seductive beauty.

Discover the enchanting neighbourhoods of Kastro

The main settlement on Antiparos is an architectural marvel, as the two-storey houses effectively form the walls of a fortress. This is a typical example of Venetian-style fortification, behind which are enchanting neighbourhoods and their local churches.

Either by boat, pleasure caique or sea kayak, weaving between Antiparos and its neighbouring islets means getting right back to nature. The ever-changing Cycladic scenery flips between jagged promontories and sandy beaches, coves and bays. Some sights are so exotic they will leave you breathless. Epitafios is unmissable, with its rocks sculpted by wind and sea, turquoise waters and sea caves. Most notable amongst them are the Fokospilies and the second cave after the headland, the white-coloured Cavos Skylos.

A bike ride around the island

Hire a bike from Hora and experience the extraordinary feeling of freedom cycling from Hora to Livadia through Kampos.

Experience the best of Antiparos 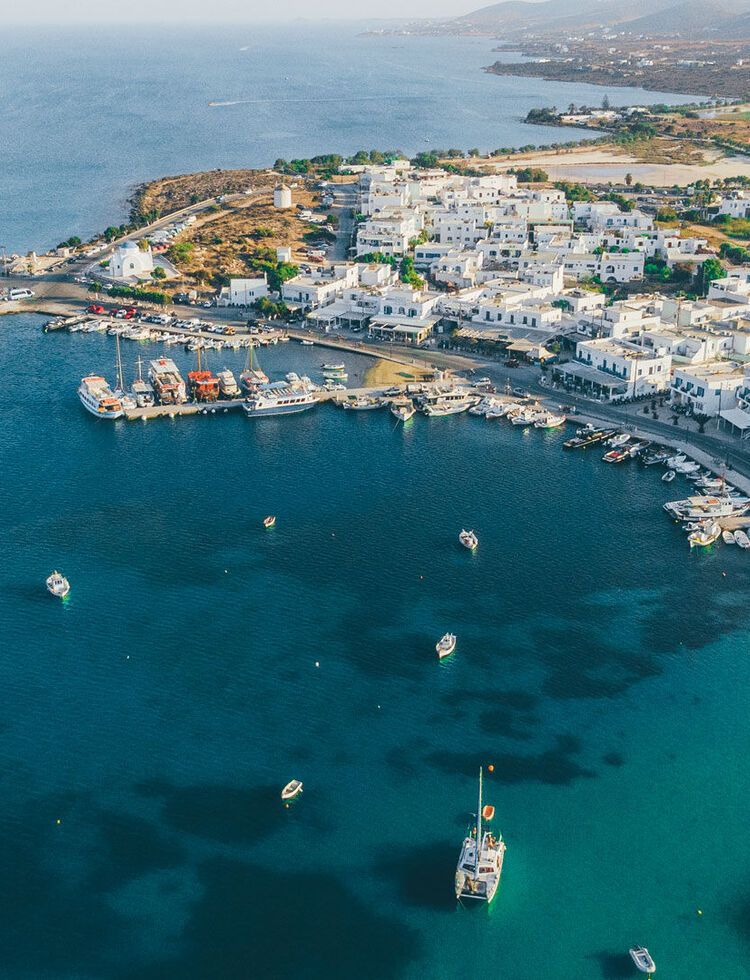 A walking tour of Antiparos’ quiet and quaint Hora 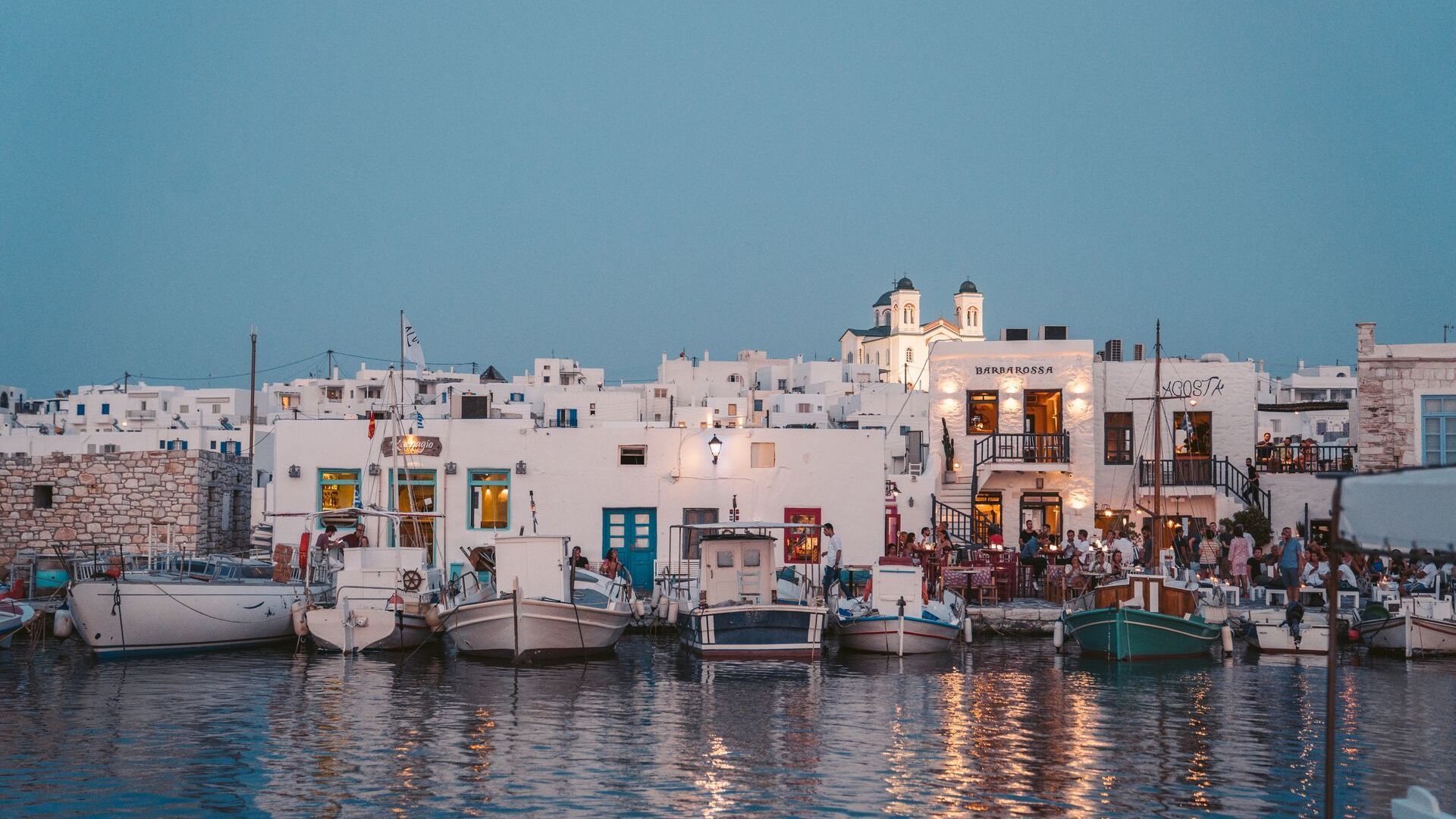 BEST OF
12 Popular sailing destinations in the Aegean
What better way to see the Aegean than by boat? All you have to do is decide which islands to hop to and which unexplored bays to anchor in.
Discover It 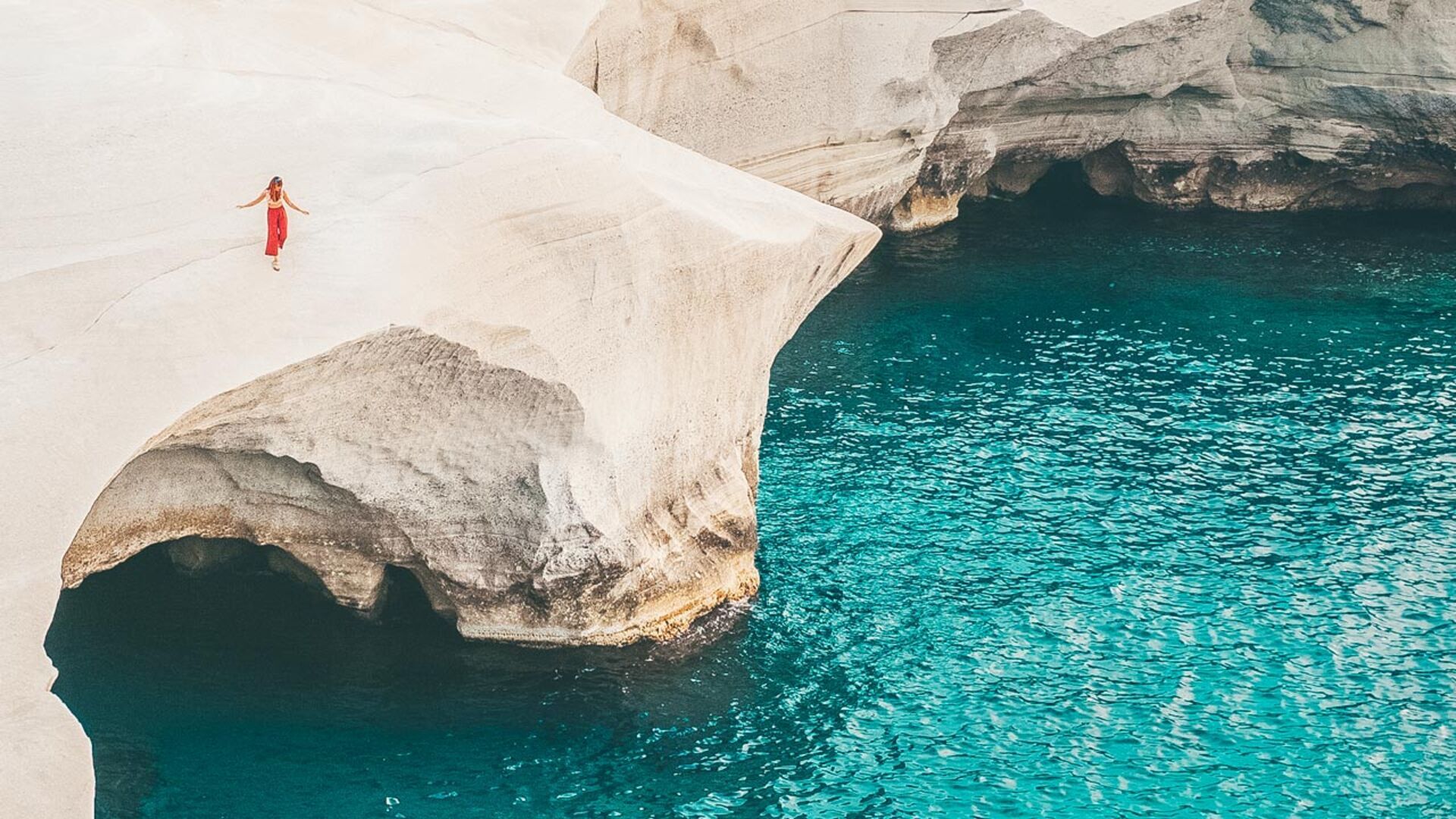 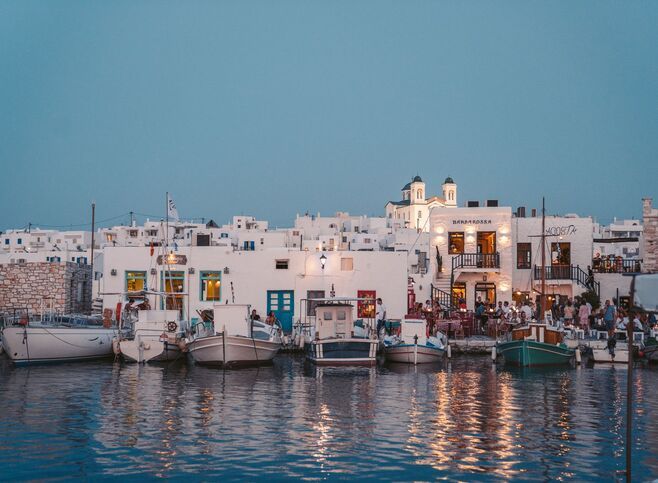 8 top things to do in Paros

Get ready for your dream holidays in Paros. With great beaches, legendary water sports and a gorgeous main town, start planning your bucket list of things to do in Paros
SEE ALL
DESTINATION