A walking tour of Antiparos’ quiet and quaint Hora

A wonderful antithesis to its popular and lively big brother, Antiparos – so close to Paros that you can be there in as little as 10mins – offers Cycladic beauty at its tranquil best. 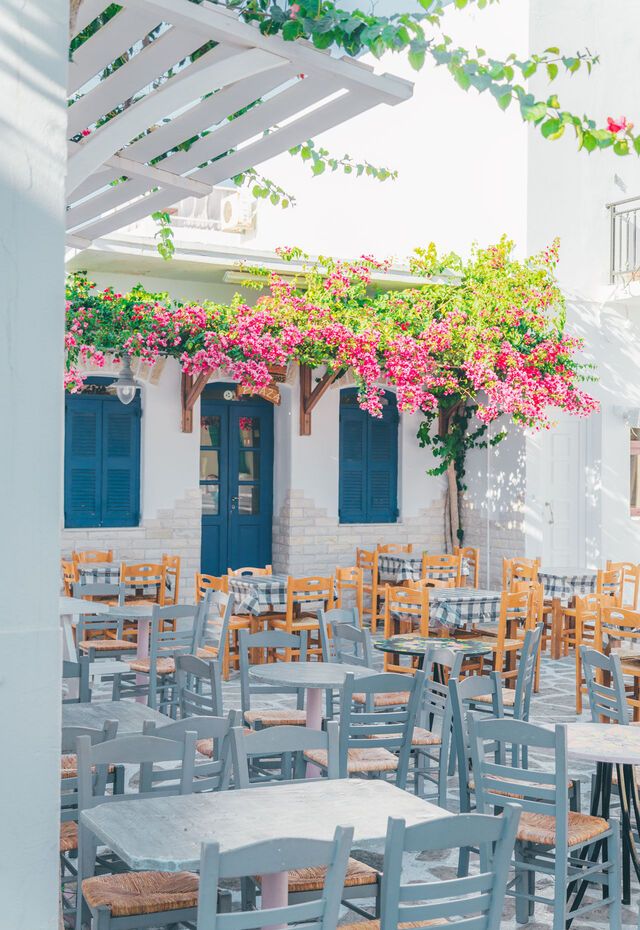 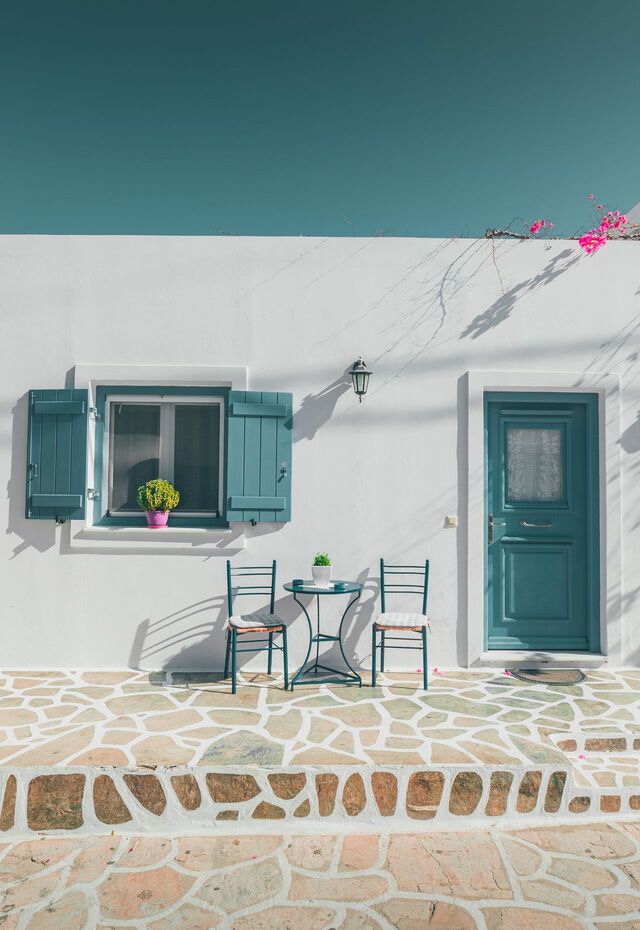 If you’re looking for classic Cycladic beauty – sugar-cubed houses with blue doors and overhanging bougainvillea, fishing boats bobbing in the harbour and little churches seemingly around every corner – but also the feeling that you’ve found an island untouched by the holiday crowds, then say a warm welcome to Antiparos.

There are so many layers to the personality of Paros’ little brother, from the warmth of locals to the meticulously decorated storefronts of the main town (which is also the port). And you’ll especially love the fact that it is unusually flat for a Cycladic island, making it easy to discover on foot.

As you stroll past little shops selling handcrafted local products and colourful mosaic-tiled coffee tables in tiny alleyways, and are tempted by the smell of chargrilled fish in the waterfront tavernas, you’ll wonder why Paros and other Cyclades islands got all the attention for so long. Until, that is, you learn that Tom Hanks owns a holiday home here and you realise that those in the knοw about Antiparos’ charms would rather keep the secret to themselves. 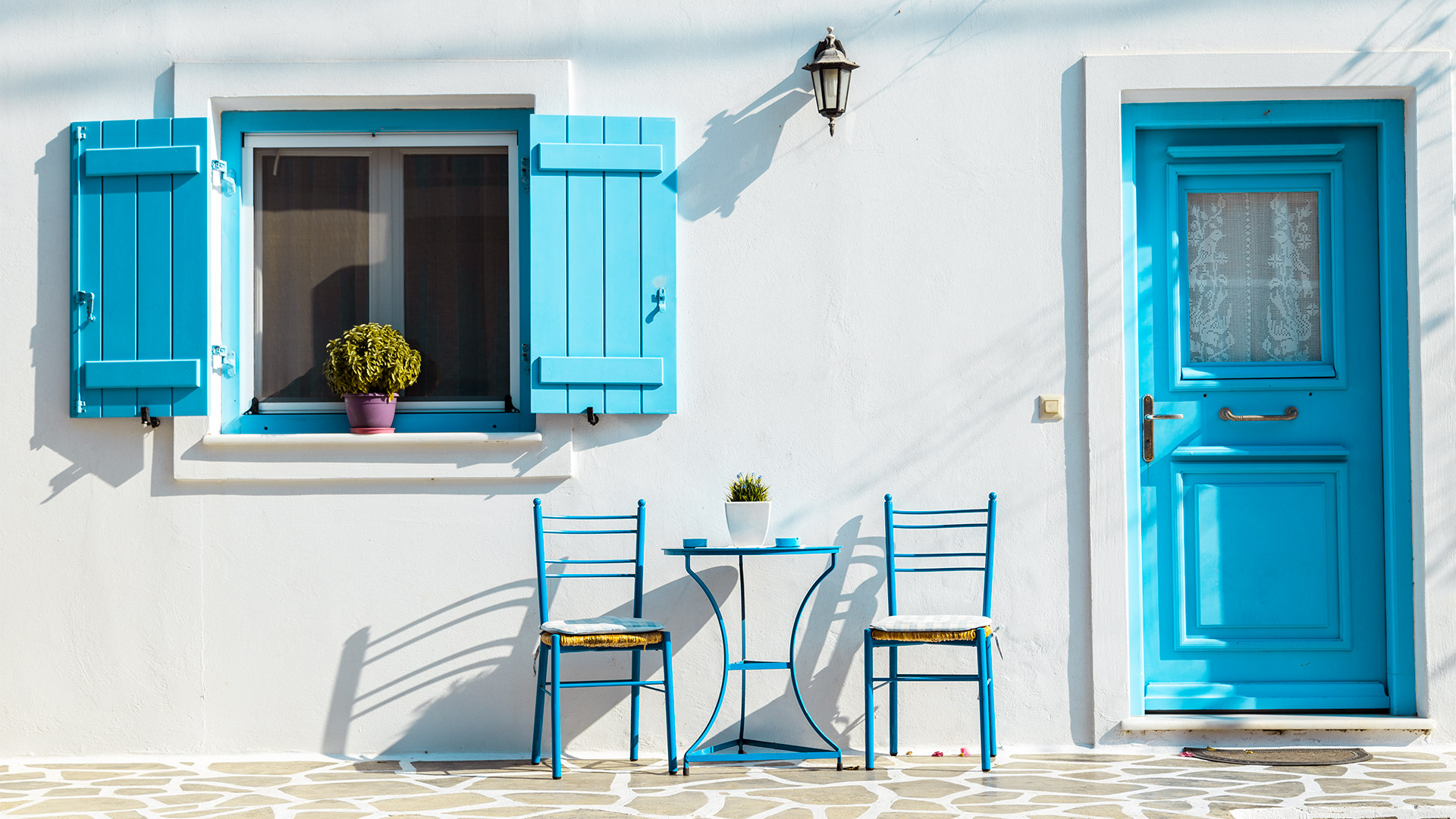 If you’re looking for classic Cycladic beauty – sugar-cubed houses with blue doors and overhanging bougainvillea, then say a warm welcome to Antiparos 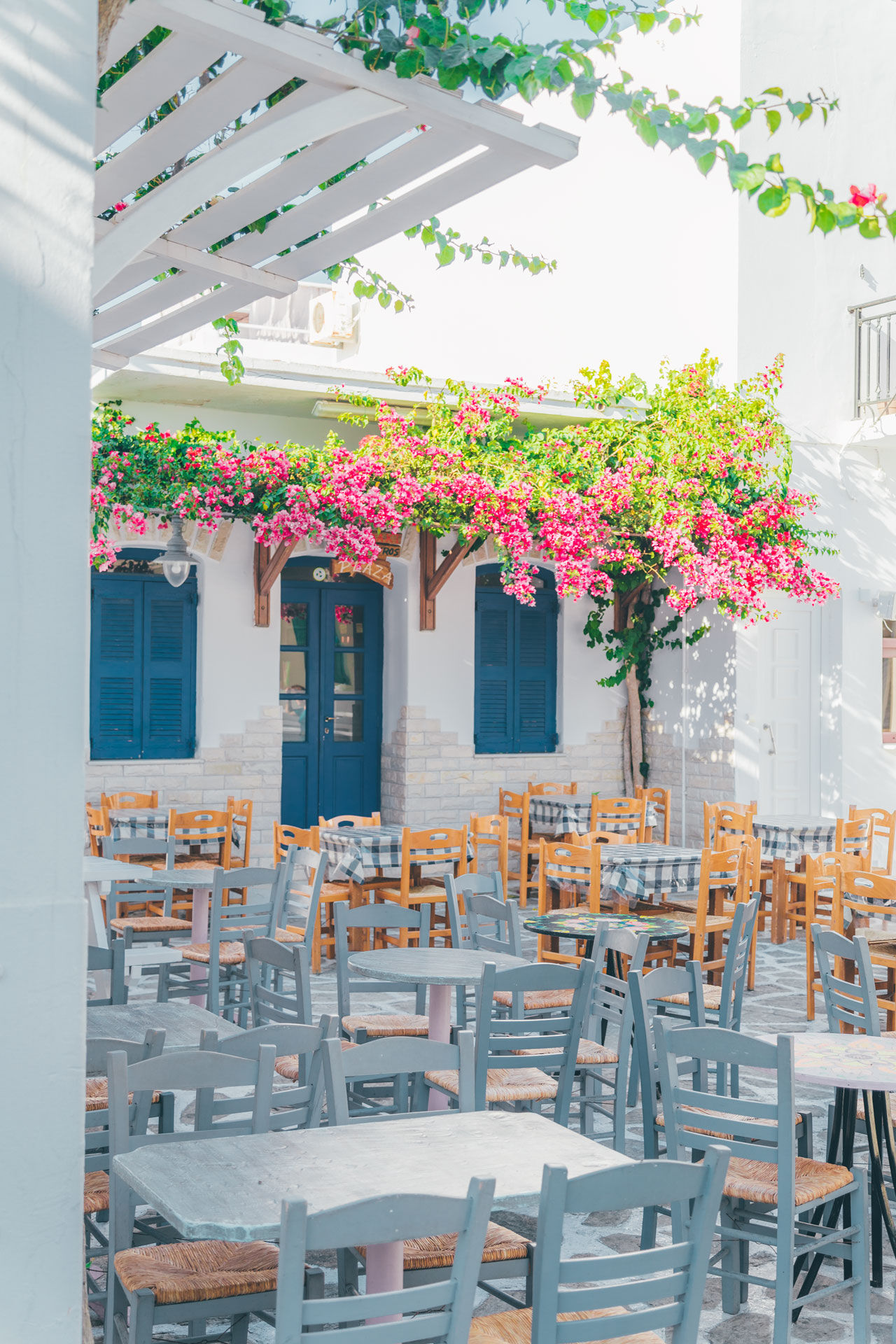 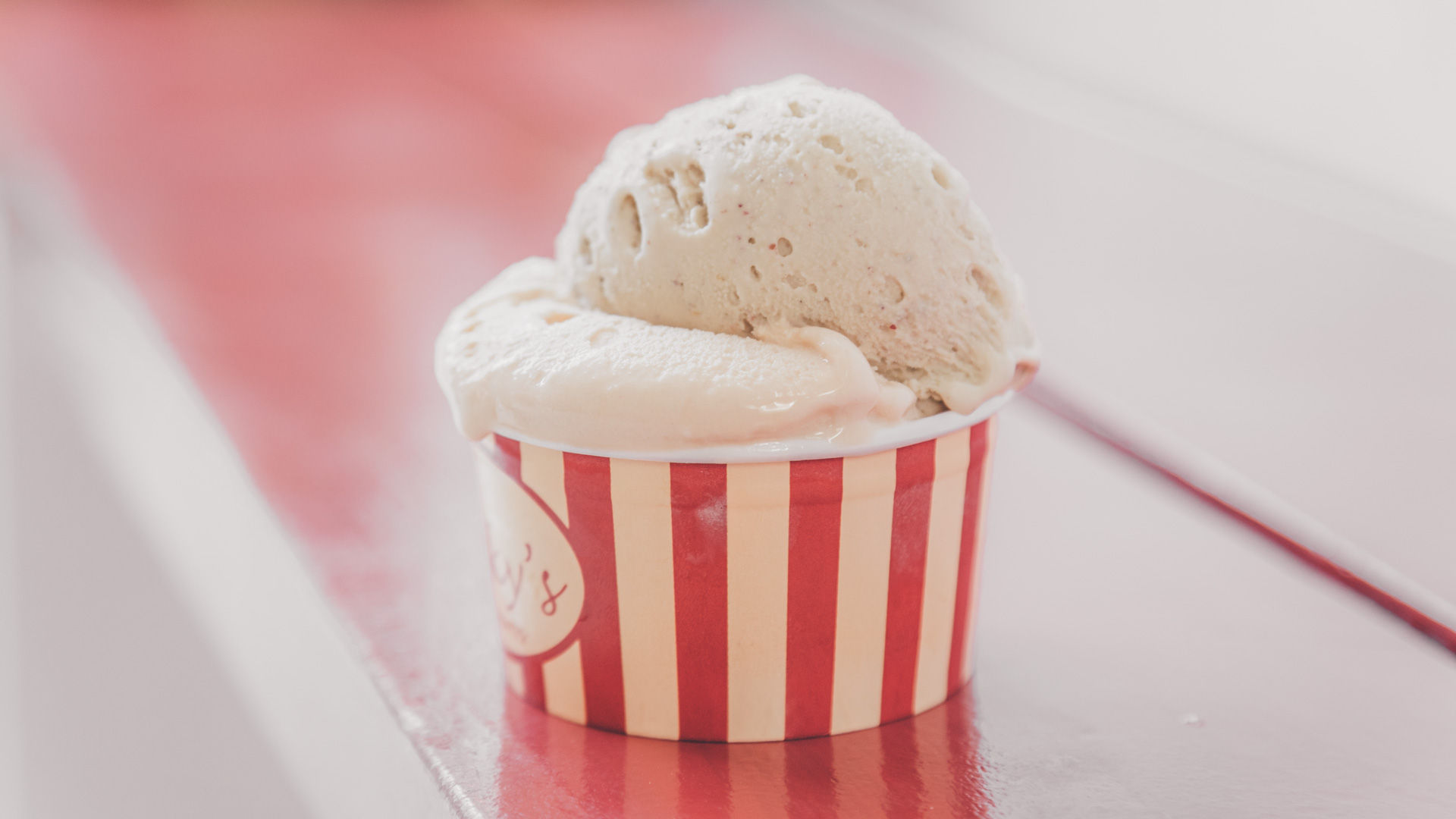 Handcrafted ice cream in Antiparos Hora is a must! 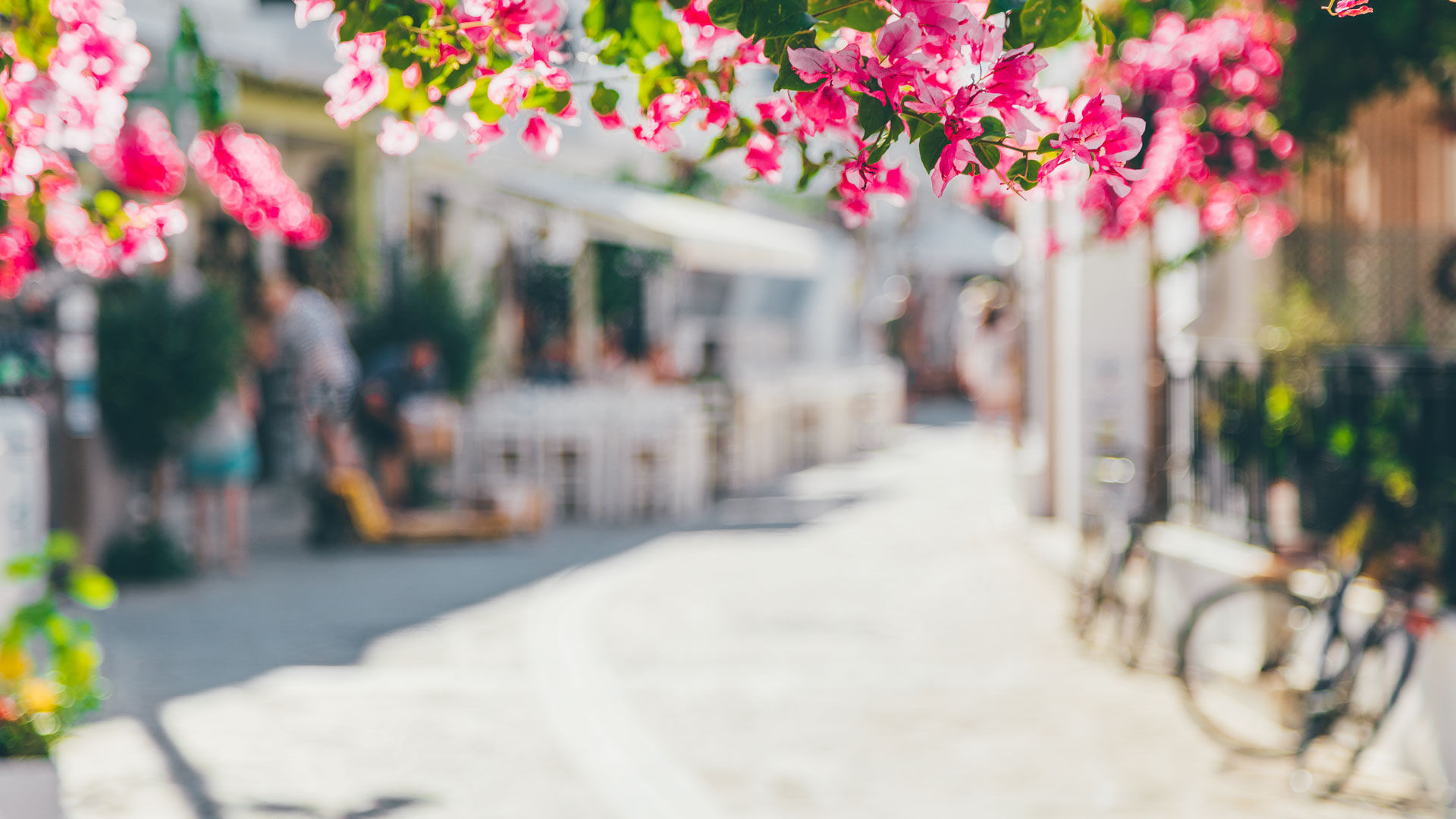 You can simply stroll around Hora (main town) or take advantage of Antiparos’ flatness and hire a bike to also explore the wider area – either way, you’re in for a treat.

Your first encounter with Antiparos starts in the port, where you’re greeted by the church of Agia Marina, with its characteristic blue-domed roof, and the windmill immediately behind it. If your visit coincides with it, there’s a two-day St Marina nameday celebration (including local food and drink and sailing races) here on 16-17 July. Boats leave for Despotiko, an island southwest of Antiparos that is popular for its exotic beaches.

As you stroll down the waterfront, turn left into the pedestrianised main street (Agios Nikolaos), lined with stylish boutiques, tavernas and bars. At the end of the street you reach a distinctive large plane tree that marks your arrival at Agios Nikolaou Square. This is the town’s main meeting point, with more shops and restaurants and a lively atmosphere – cafes for daytime and cocktail bars for night.

Ahead of you is Antiparos’ main church, built in 1783 (the date is inscribed above one of the doors). This marks the start of the castle area, in which there are a further three churches (Agios Antonios, Christos, and Agios Ioannis).

Heading through an archway, you’ll enter the Venetian Castle, which dates from the 15th century. It was built to protect the residents from pirate raids and such was its dominance that the entire town is sometimes called Kastro. Strolling around, you’ll see how the houses (some built to three storeys, each with a separate front door and staircase) acted as outer walls to the fortification.

The Folk Museum has gathered an interesting exhibition of traditional artefacts and exhibits – photographs, maps, manuscripts and objects of daily Antiparian life from days gone by.

The sunset from Sifneikos beach

To finish your walk, continue the road away from town towards the west coast. It’s a simple stroll (500m) and you’ll be rewarded with a wonderful sandy beach and the tranquility you’ve been dreaming of. The sunset from here his sublime, dipping into the Aegean.

Not in the main town, but an absolute must see when visiting, is the Antiparos Cave about 15mins away by car (9km). Around 400 steps lead you to the heart of the cave, at a depth of 85m, where you arrive at a chamber of astonishing stalagmites and stalactites. The oldest stalagmite, by the entrance, is estimated at 45 million years old. The cave has been used as a refuge, from the Stone Age (according to archaeological findings and carvings) to the 4th century when Macedonian generals hid here after a failed conspiracy against Alexander the Great.

As it’s more of an exploration than a walking tour, you can dedicate one day to the experience and ideally stay overnight. 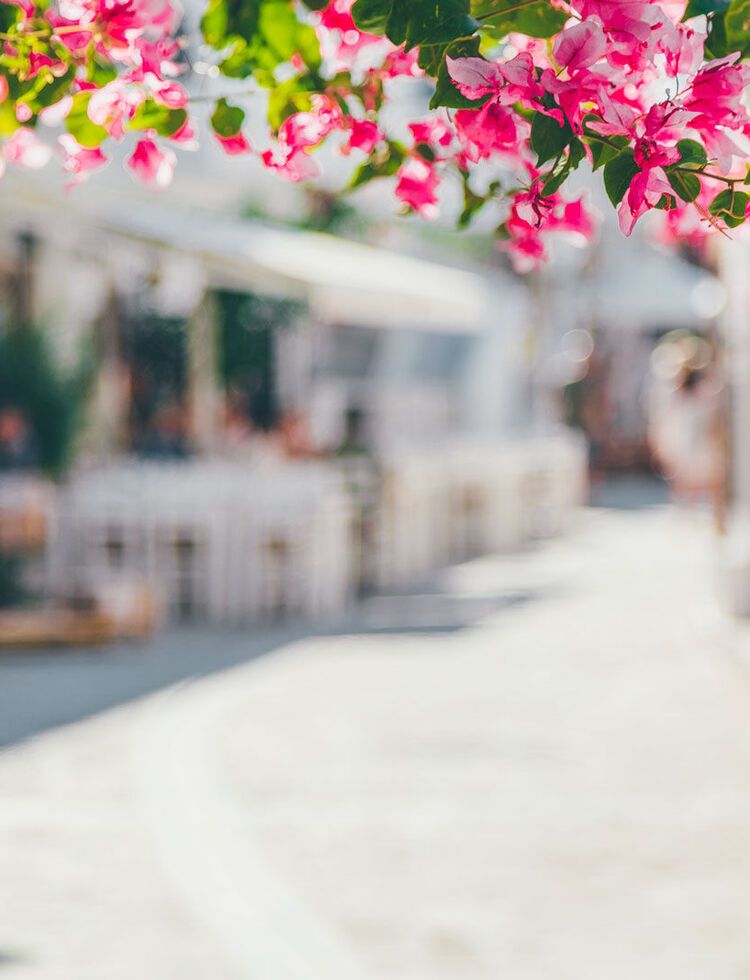 The secret escape in the Cyclades
Discover It 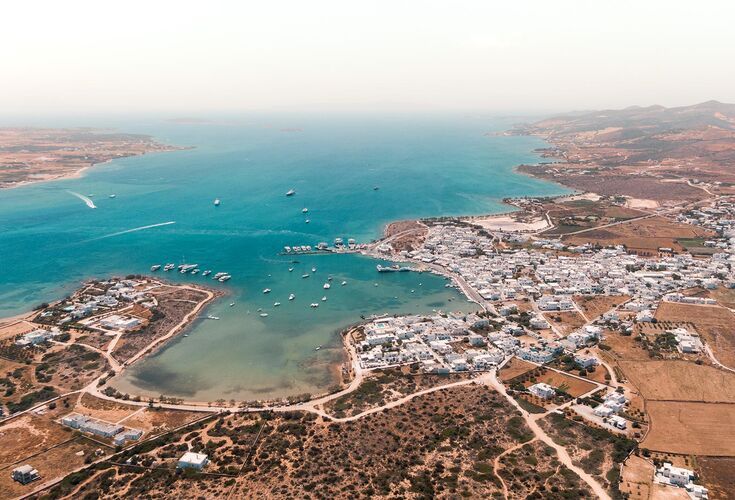