Holidays in the Ionian’s largest and most diverse island 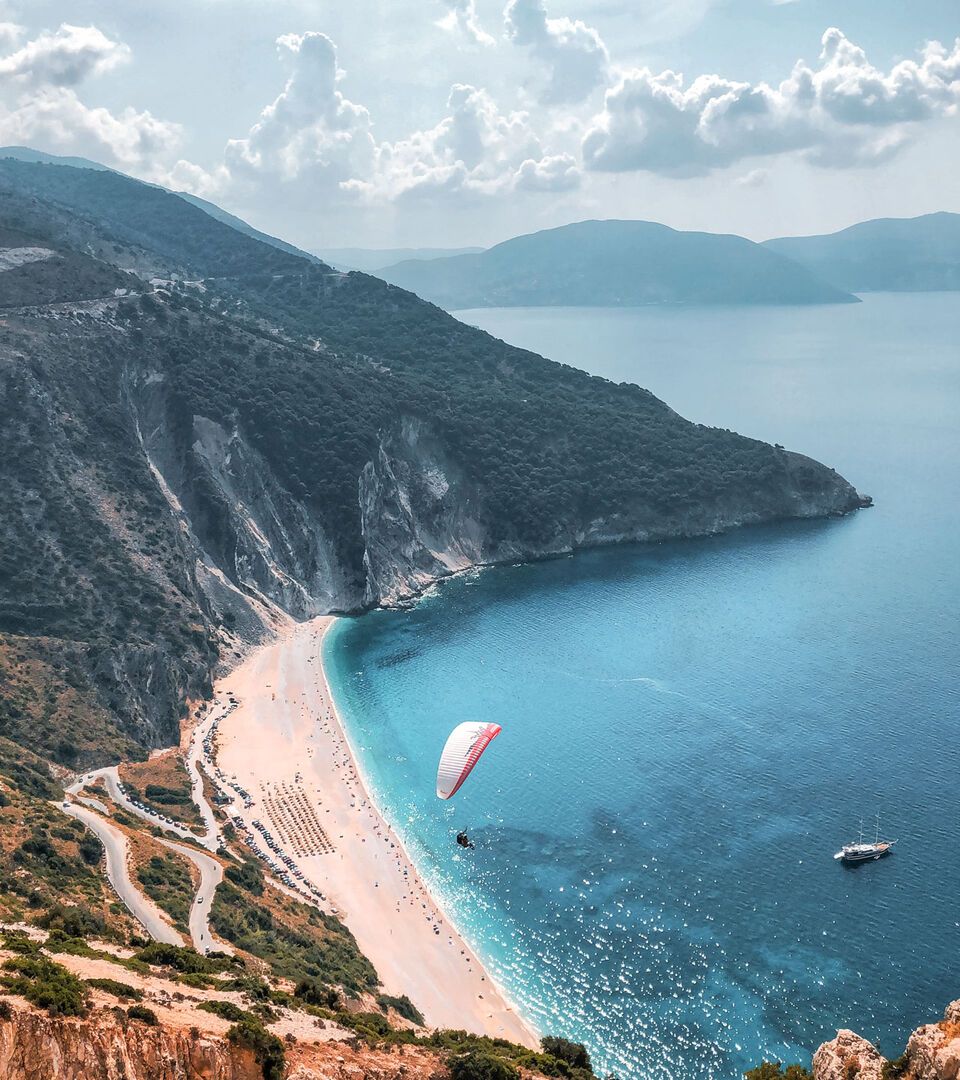 Victor Malyushev
Today
25°
SUN
21°
MON
21°
TUE
21°
WED
22°
The island of Kefalonia, in the Ionian Sea, is famous for its beautiful beaches, national park and welcoming locals that are always game for a laugh

Between the other islands of the Ionian Sea stands grand Kefalonia. Much-photographed, much-talked about, much-loved by Greeks and foreigners alike. Not just because of Captain Corelli’s Mandolin, the 2001 film set on Kefalonia island that attracted so much attention, but also because of its sheer beauty, stately towns and many other impressive attractions.

Argostoli, Lixouri, Fiskardo, Assos, Lake Melissani ... the names alone are something to marvel at! Kefalonia, the largest of the Ionian Islands, renowned for its emerald-green mountains and the sparkling azure waters and dazzling beaches of the Ionian Sea, has been a popular holiday spot in Greece for decades.

The inhabitants of Kefalonia have a reputation for being the wittiest Greeks – always ready with a joke, a smile and a helping hand. Their laid-back attitude toward life is infectious and within hours of your arrival, you’ll feel as carefree as they do.

Things to do on Kefalonia island

Stroll around the fun-loving capital of Kefalonia

Set alongside a deep bay, Argostoli has a funky charm that grows on you as you sit in the lively main square with the locals, the majority of whom are night owls and have done more than anything to contribute towards Kefalonia’s reputation for fun. Have a good hunt through the market, stroll down the handsome flagstone streets and sip Kefalonia’s famous Robola wine in the welcoming cafes and bars.

As you explore, you’ll find monuments left over from the 19th century British Protectorate period on Kefalonia. And for an in-depth introduction to island culture from the 15th to 20th century, pay a visit to the outstanding Corgialenios Historical and Cultural Museum, one of the finest in Greece, and to the extensive Corgialenios Library. The principal settlement of Kefalonia will add a cultural flair to your holidays.

The highest peak in the Ionian, Mt Enos takes its name from the black pine (Abies cephalonica) that once covered it completely and grows nowhere else. It has been a national park since 1962, known for its wealth of wildflowers. It’s also home to a special breed of pony, Equus cabalus.

Pick your favourite of Kefalonia’s many beaches

You’ve probably seen the beaches of Kefalonia before on posters and postcards or in films because they are among the most gorgeous in the Mediterranean. Their waters cover the entire range of blue and green, lapping against pure white sand or smooth round pebbles.

Myrtos, perhaps the most spectacular, lies at the bottom of a towering limestone cliff. But don’t miss Petani and Skala. Or Poros, where the forest is reflected in the Ionian Sea, intensifying the colour. Makri Gialos, whose turquoise waters rock to the music of beach bars, gives a cosmopolitan touch. And Xi, where pale green waves meet fine red sand, offers an unforgettable change of pace.

Many people think this tiny port is the prettiest settlement on Kefalonia. As you approach, you’ll catch your first glimpse of it from above. Built on a narrow strip of land, its few houses hug the shore, keeping their traditional Venetian-era character amidst a host of tall plane, poplar, palm and olive trees. The 16th-century Venetian castle presiding over the whole scene also invites you to climb up to take a closer look.

Enjoy the fish tavernas and boutiques of Fiskardo

The picturesque port of Fiskardo is hardly a secret to sailors who visit Kefalonia. But landlubbers also love it for its charming 18th-century buildings, which give it a feeling of timelessness that transcends the cheerful hubbub in its popular fish restaurants and boutiques.

The hidden depths of Melissani Cave

The 50 shades of turquoise in underground Lake Melissani are mesmerising. As you explore it by boat, you’ll think you’re floating in space. With sunlight filtering in from above, the cavern reminds you of a cathedral. And when your boatman bursts into song, the first lilting notes of an Italianate cantata echoing around the walls, you’ll realise that this is a truly heavenly experience. Kefalonia at its most lyrical!

The mysterious Sea Mills at Fanari

Once upon a time, the seawater disappeared into ‘swallow holes’ (rocky crevasses) at such a rate that it was used to power two flour mills. No one knew where it went until scientists put a dye in the water that ended up in Lake Melissani on the other side of the island. Kefalonia is full of such strange geological phenomena.

A paradise for sea activities

Kefalonia is the perfect island to explore by boat, with endless private beaches and bays of exceptional beauty, such as Myrto and Makri Gialos. For lovers of action and activities, Kefalonia offers all sorts of water sports at the large organised beaches, as well as sea kayaking and scuba diving in impressive locations full of surprises, such as little caves teeming with underwater life.

Take a boat trip from Kefalonia to Ithaca

Experience the best of Kefalonia 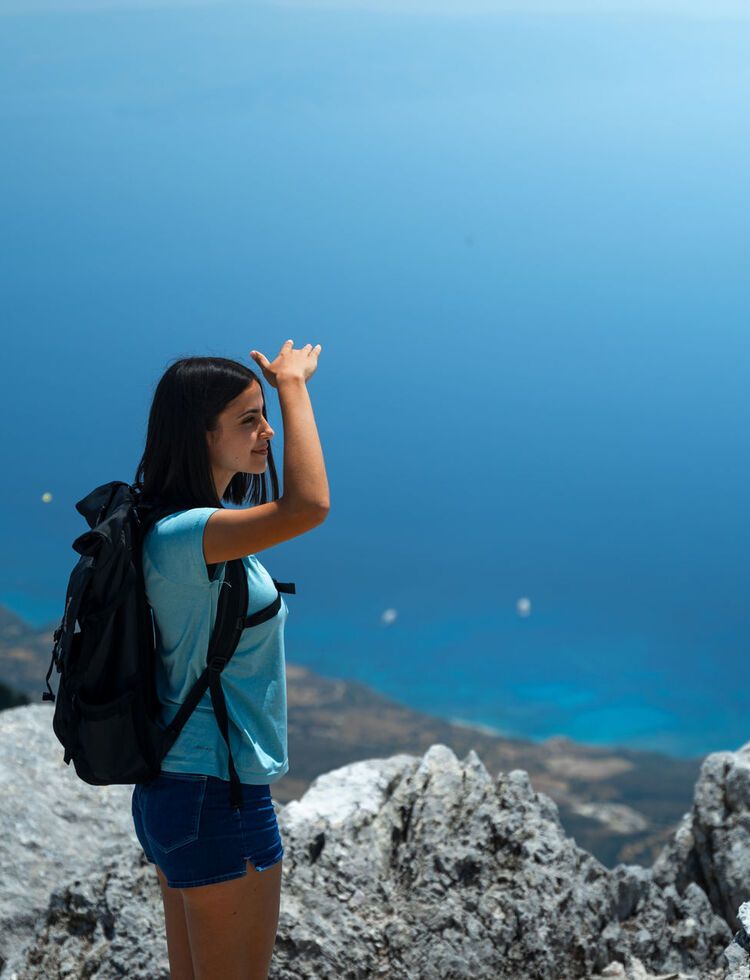 A boat trip from Kefalonia to Ithaca 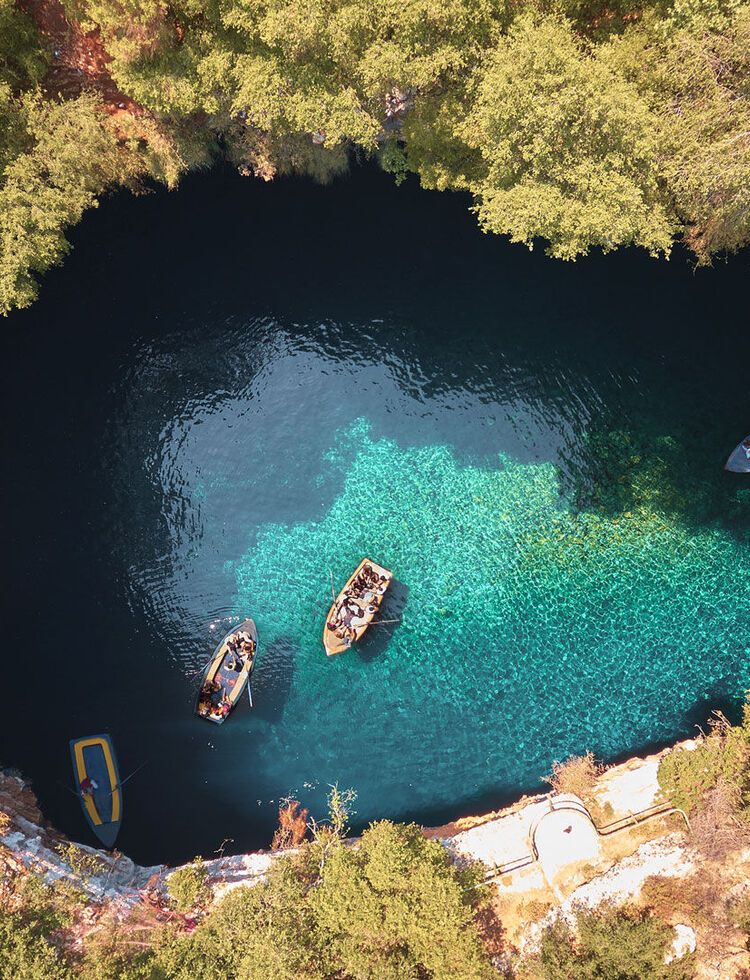 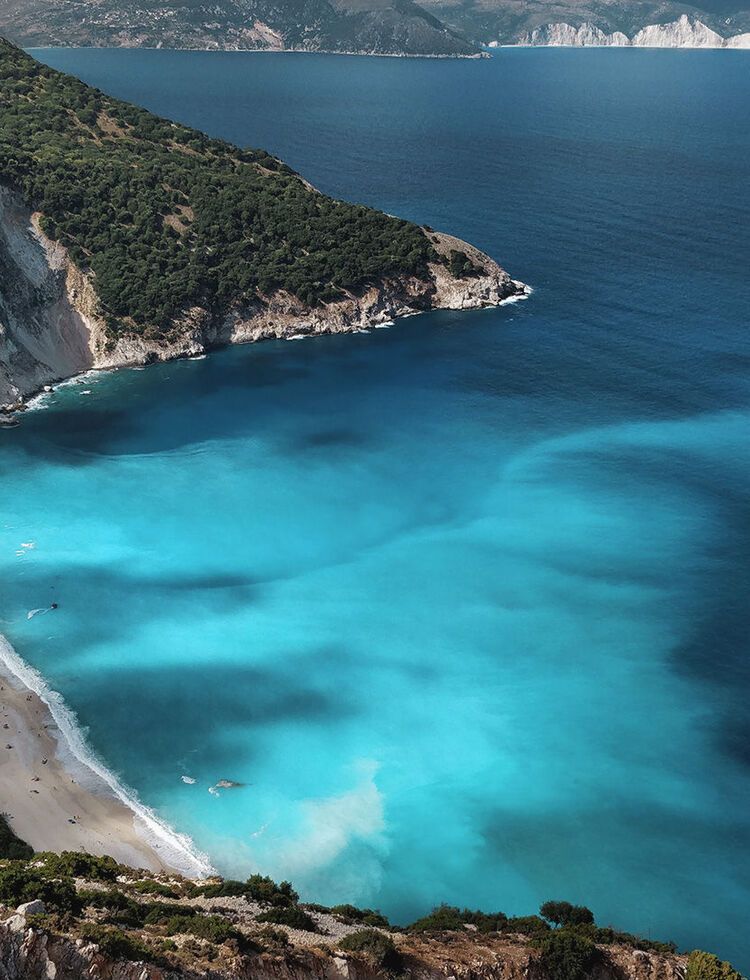 #discovergreece
See the gallery
The 50 shades of turquoise in the underground Lake Melissani are mesmerising
Assos, perfection in miniature
Alex Blajan
Iconic white rock cliffs and volcanic formations near the famous beach of Platys and Makrys Gialos
Assos village, offers romantic atmosphere as well as traditional character
Lighthouse of Argostoli, the capital of Kefalonia will add a cultural flair to your holidays
Myrtos, perhaps the most spectacular beach in Kefalonia, lies at the bottom of towering limestone cliffs
Many people think Assos tiny port is the prettiest settlement on the island
Another enchanting miniature, the picturesque port of Fiskardo is hardly a secret to sailors and celebrity yacht owners
Through a 36m tall opening, the shafts of daylight that come streaming in from above bounce off the water and light up the chamber with ethereal blues
Boating in Kefalonia’s Melissani Cave
Facing west, Myrtos rewards you with magical sunsets
BEST OF
13 of the best beaches in Kefalonia
Dreaming of your next beach holidays? Join us as we count down 13 of the best beaches in Kefalonia, including some of the most famous in Greece
Discover It 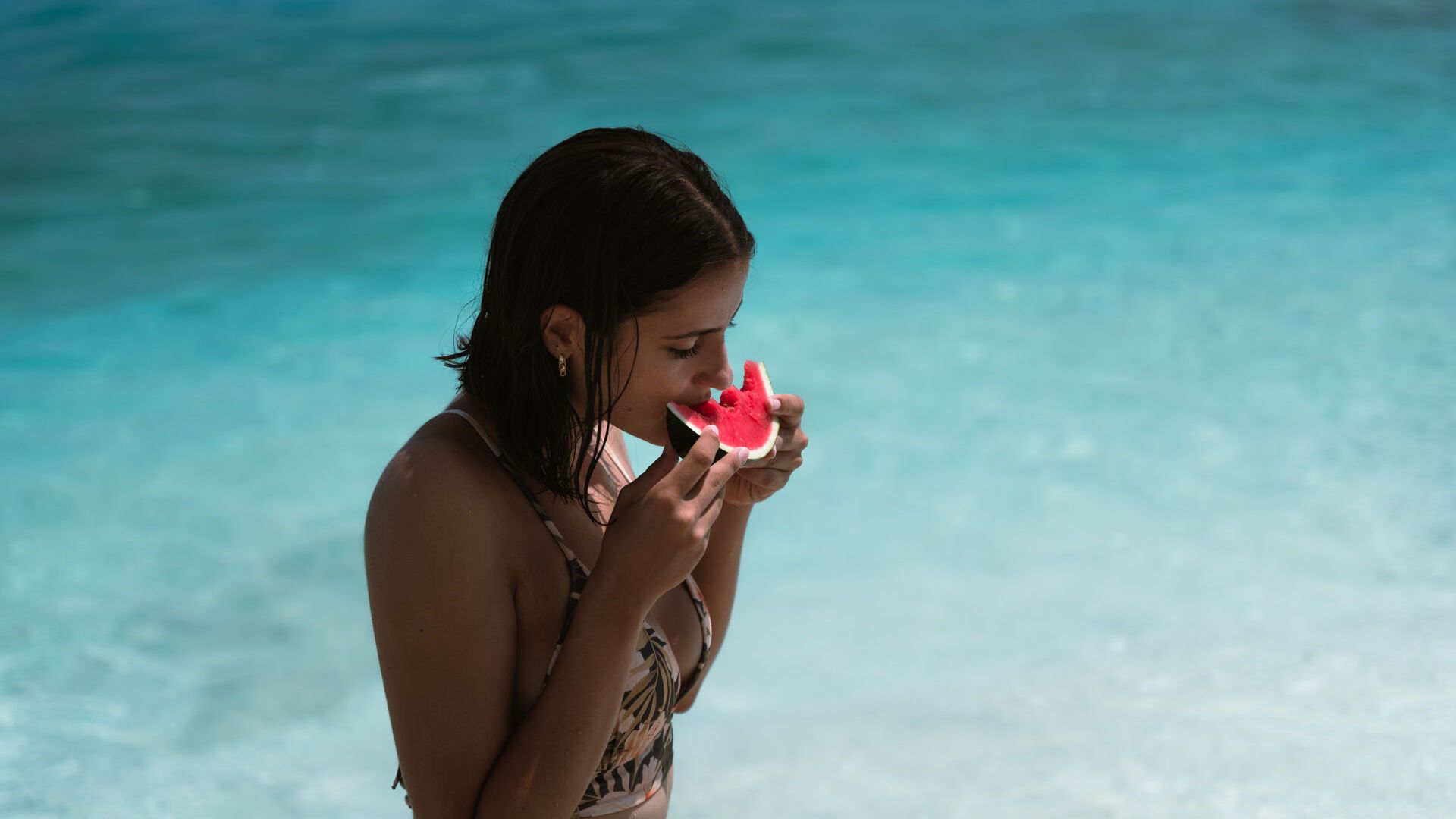 BEST OF
10 vivid memories you’ll be taking home from Kefalonia
You only need to close your eyes and the colours come flashing back… The azure blue of the Ionian sea, the emerald green of the pine trees and the golden sand of the beaches.
Discover It 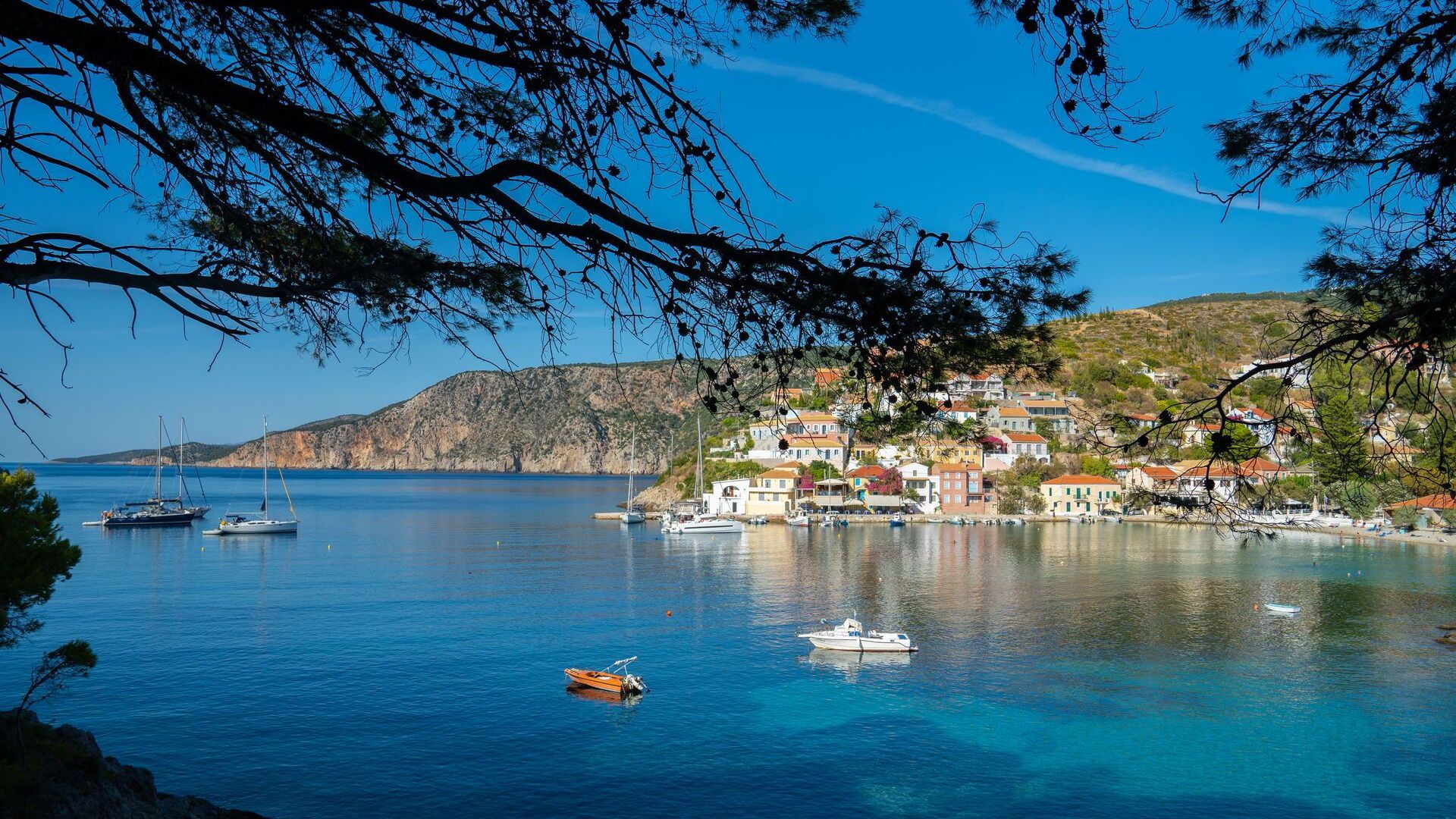 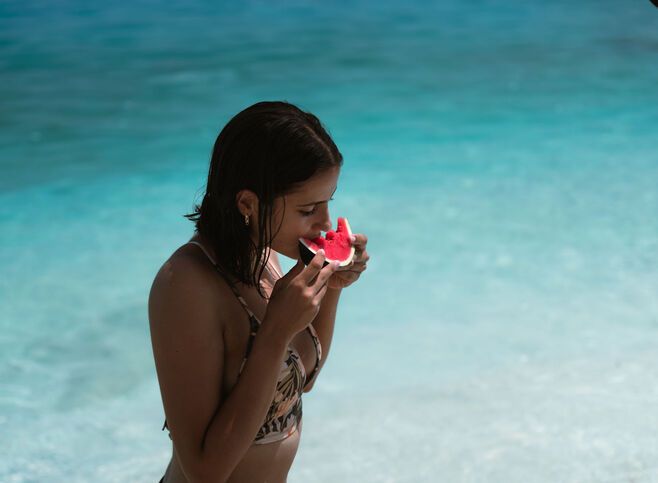 13 of the best beaches in Kefalonia

Dreaming of your next beach holidays? Join us as we count down 13 of the best beaches in Kefalonia, including some of the most famous in Greece

A foodie guide to Kefalonia