Escaping to the villages of Paros

sponsored by Region of South Aegean
Like settling down to a great book after watching a blockbuster, hopping between villages is the perfect follow-up to enjoying the lively atmosphere of the towns and beautiful beaches of Paros. 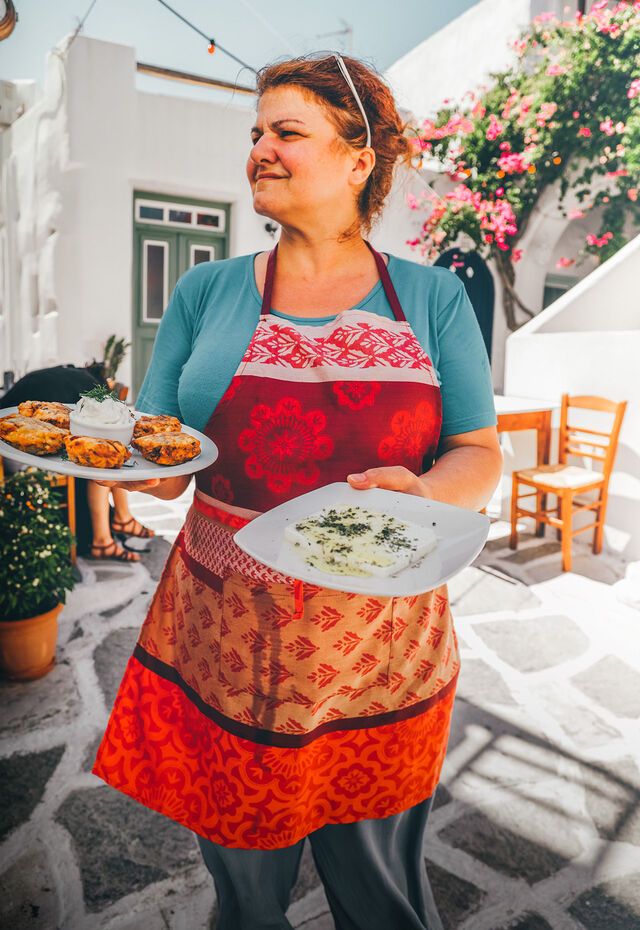 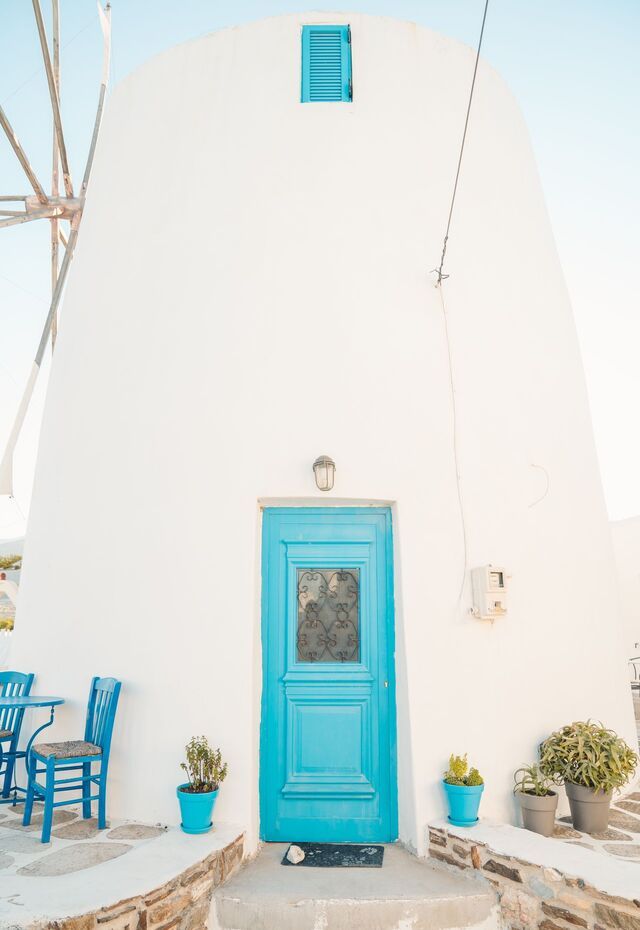 Ever-popular as a summer holiday island, Paros hides a quiet and authentic side known only to the lucky few. Away from its famed beaches and the towns of Parikia and Naoussa are villages with alleyways so narrow that cars are unable to pass and traditional crafts still being handed down through the generations, as well as beautifully tended shops, homes and churches with geranium-filled courtyards.

It is the Cyclades at its most alluring, especially when you find yourself accompanied by just the sound of the wind rustling through pine trees and the full spectrum of aromas and colours of Greece. Every warm welcome of a local and home-cooked meal in a traditional taverna will become a cherished memory. 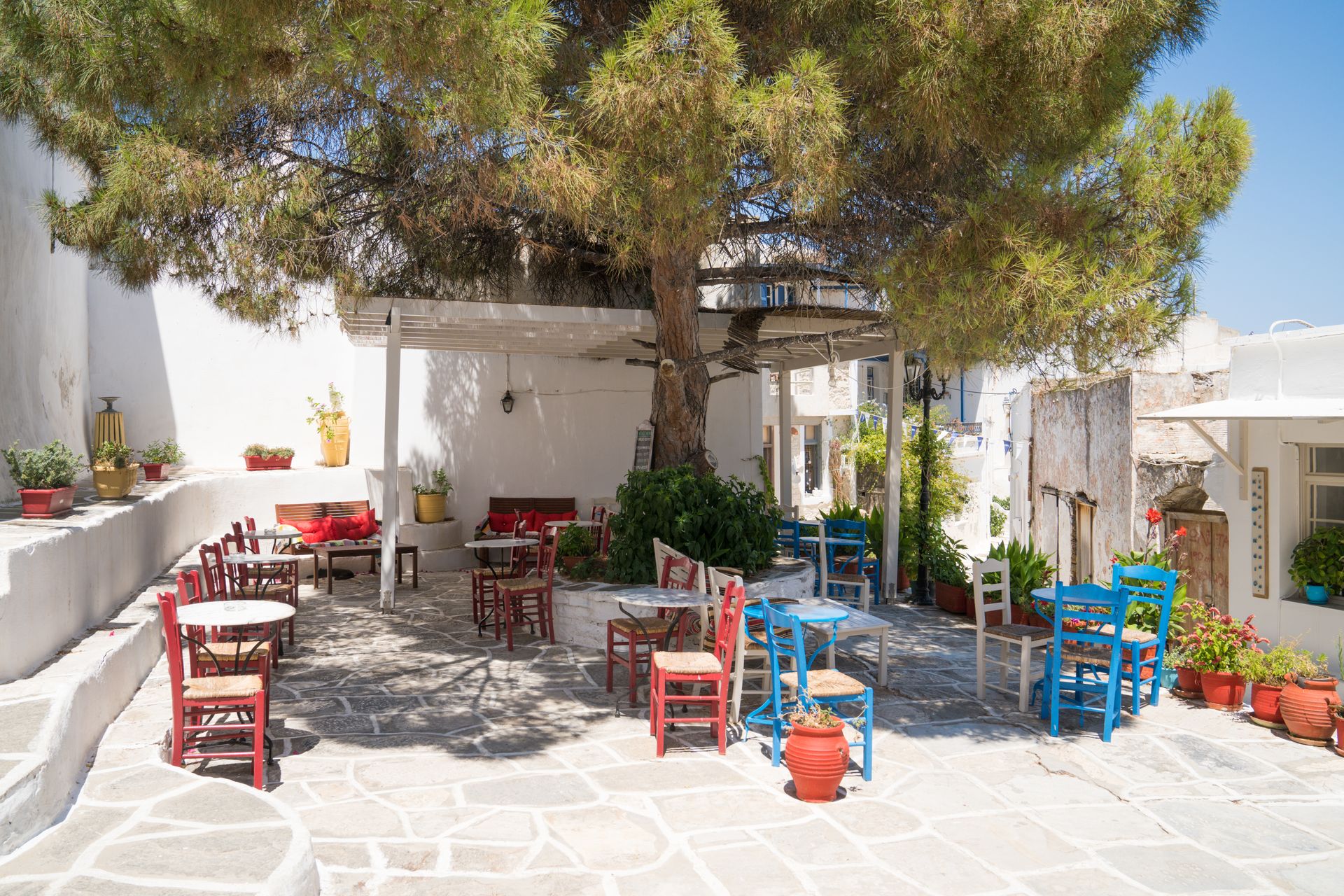 Lefkes, one of the prettiest and best-known villages of Paros 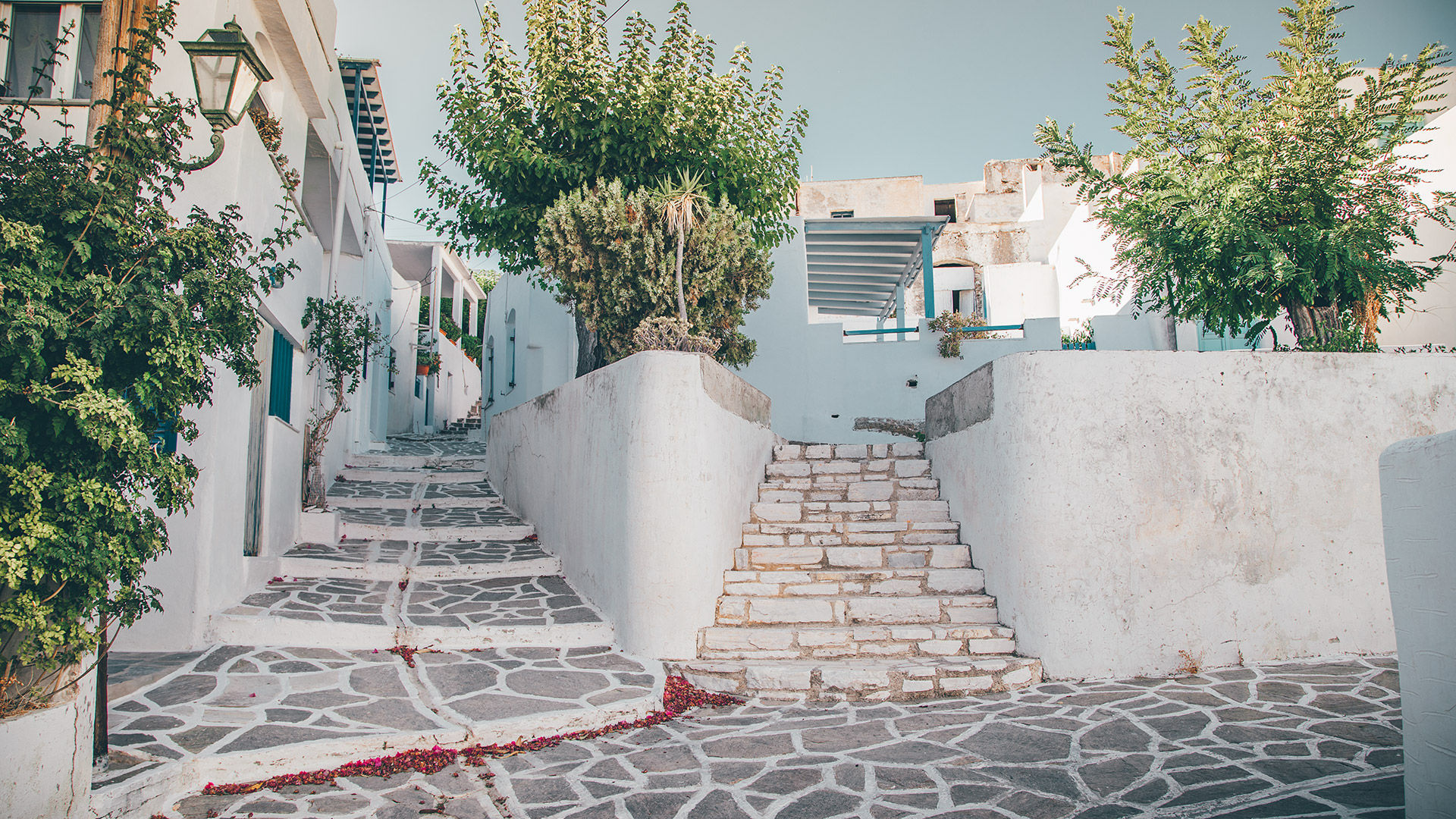 Alleyways in Marpissa village in Paros 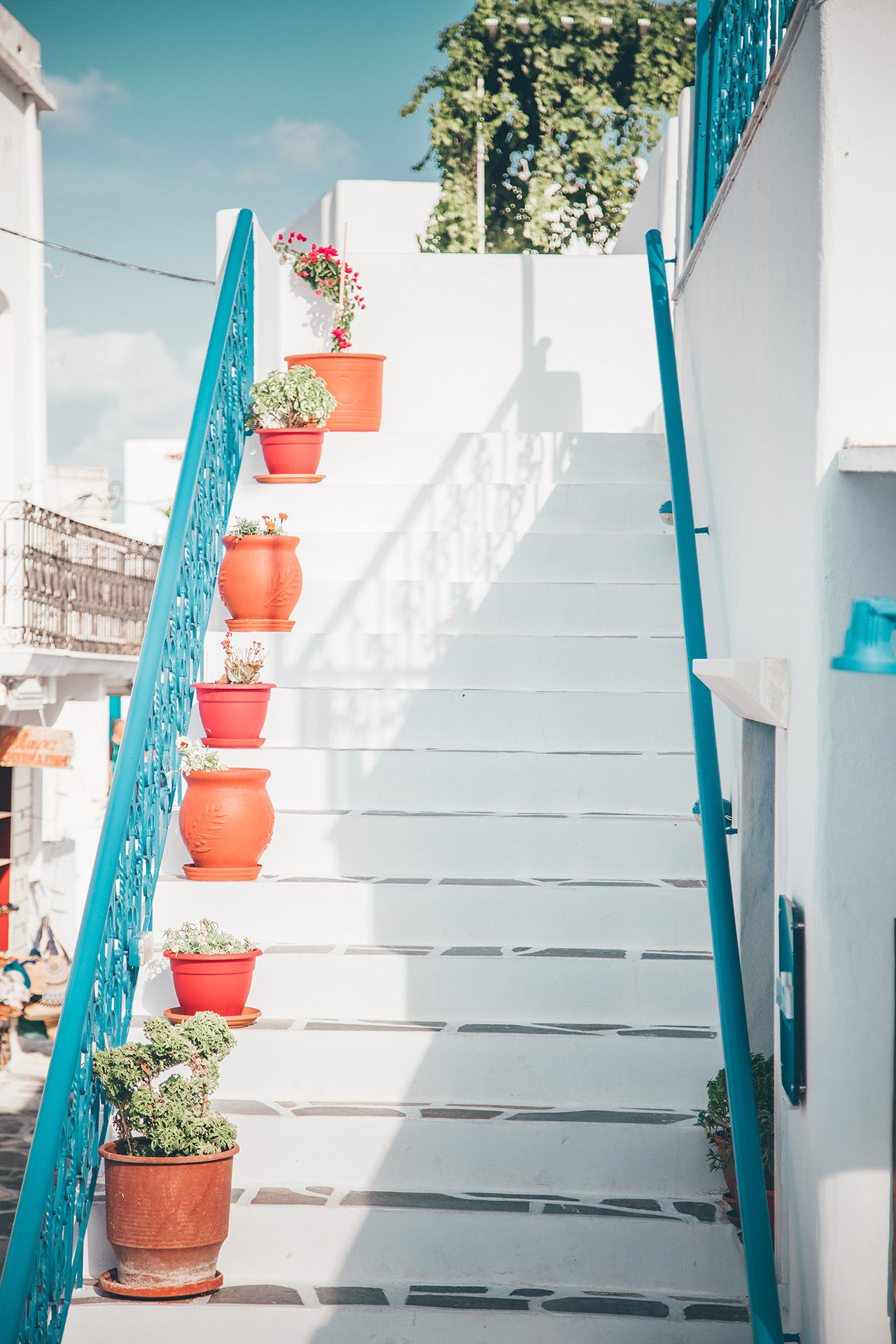 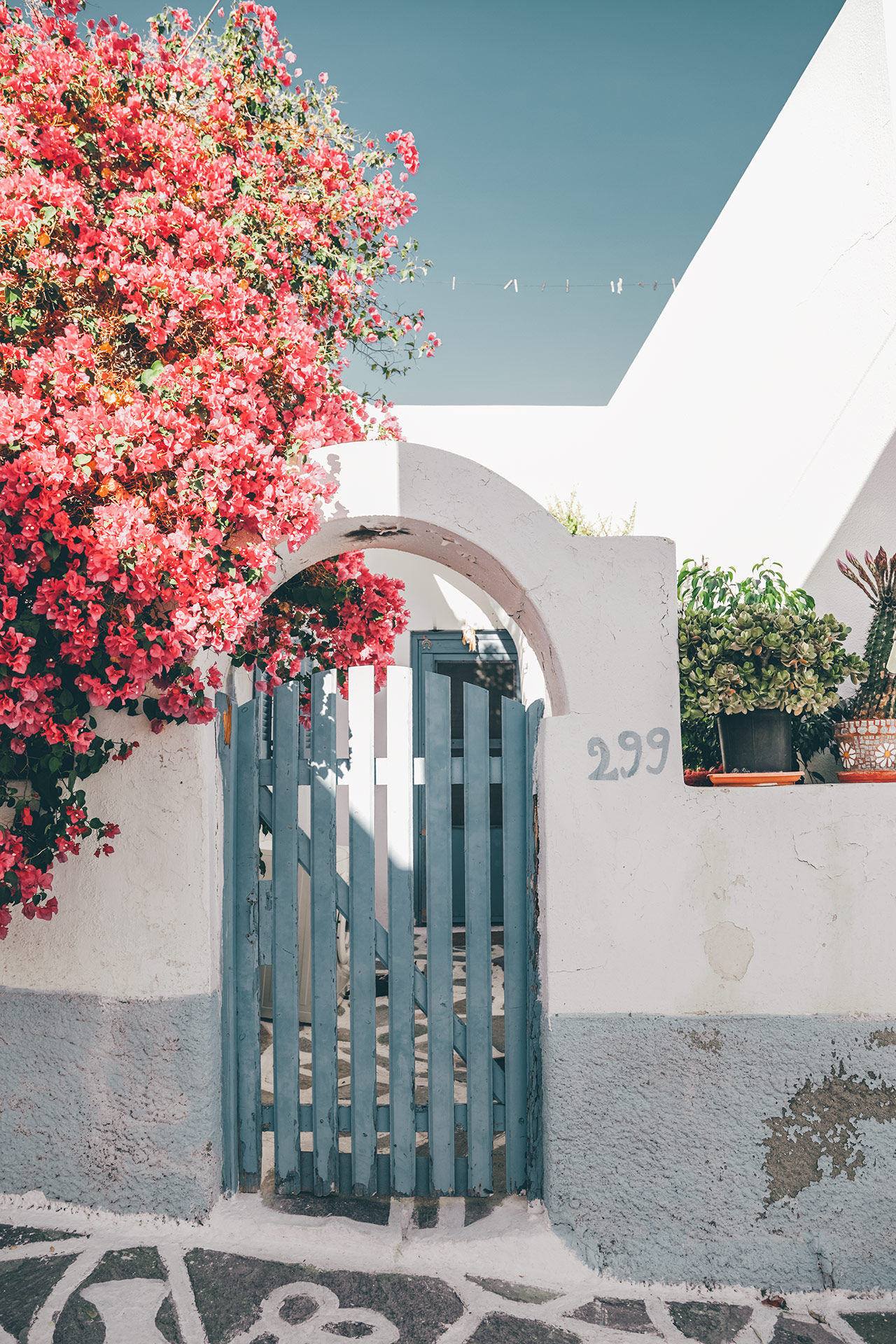 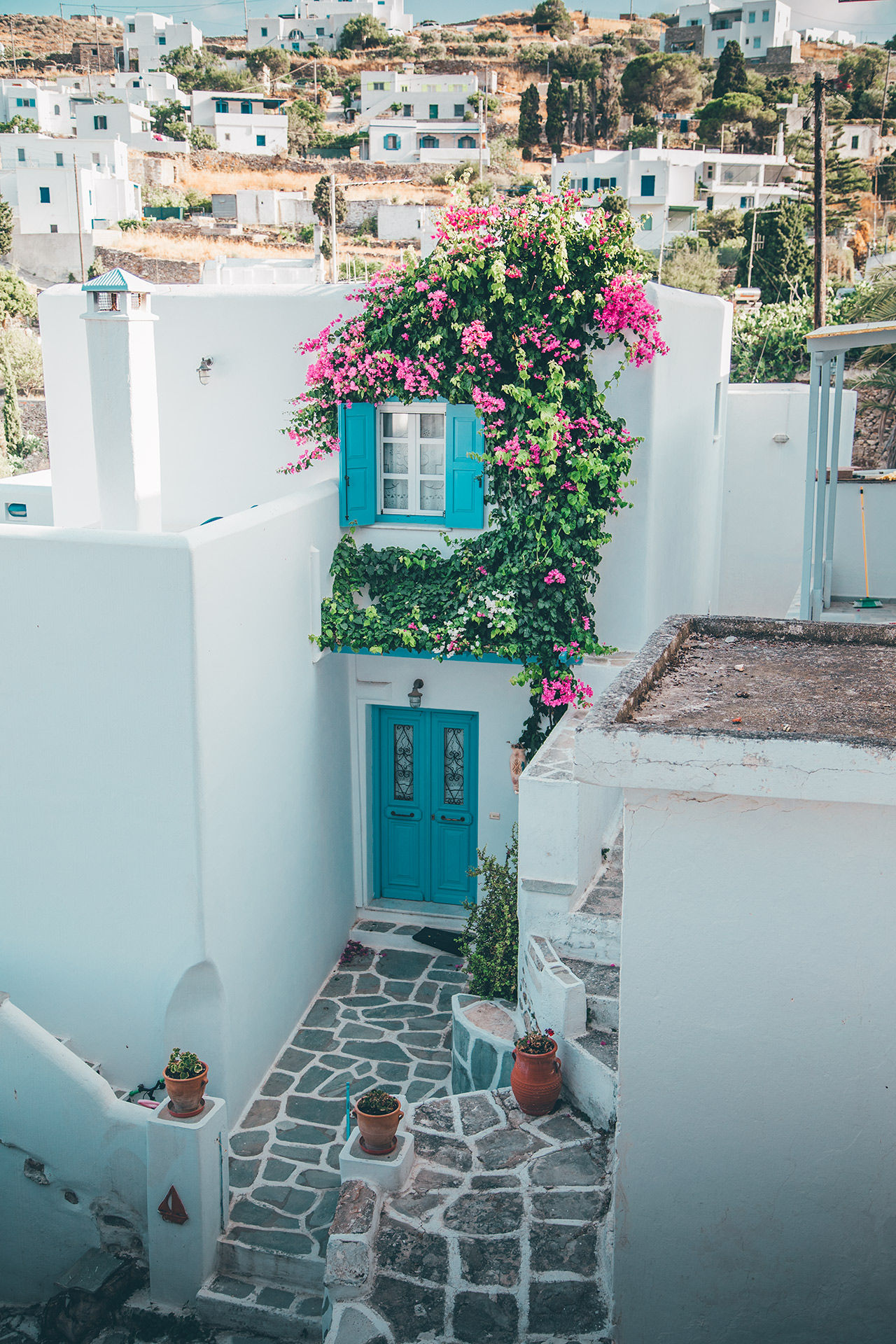 In Lefkes vilage you will find whitewashed houses, blue doors, bougainvillea and windmills 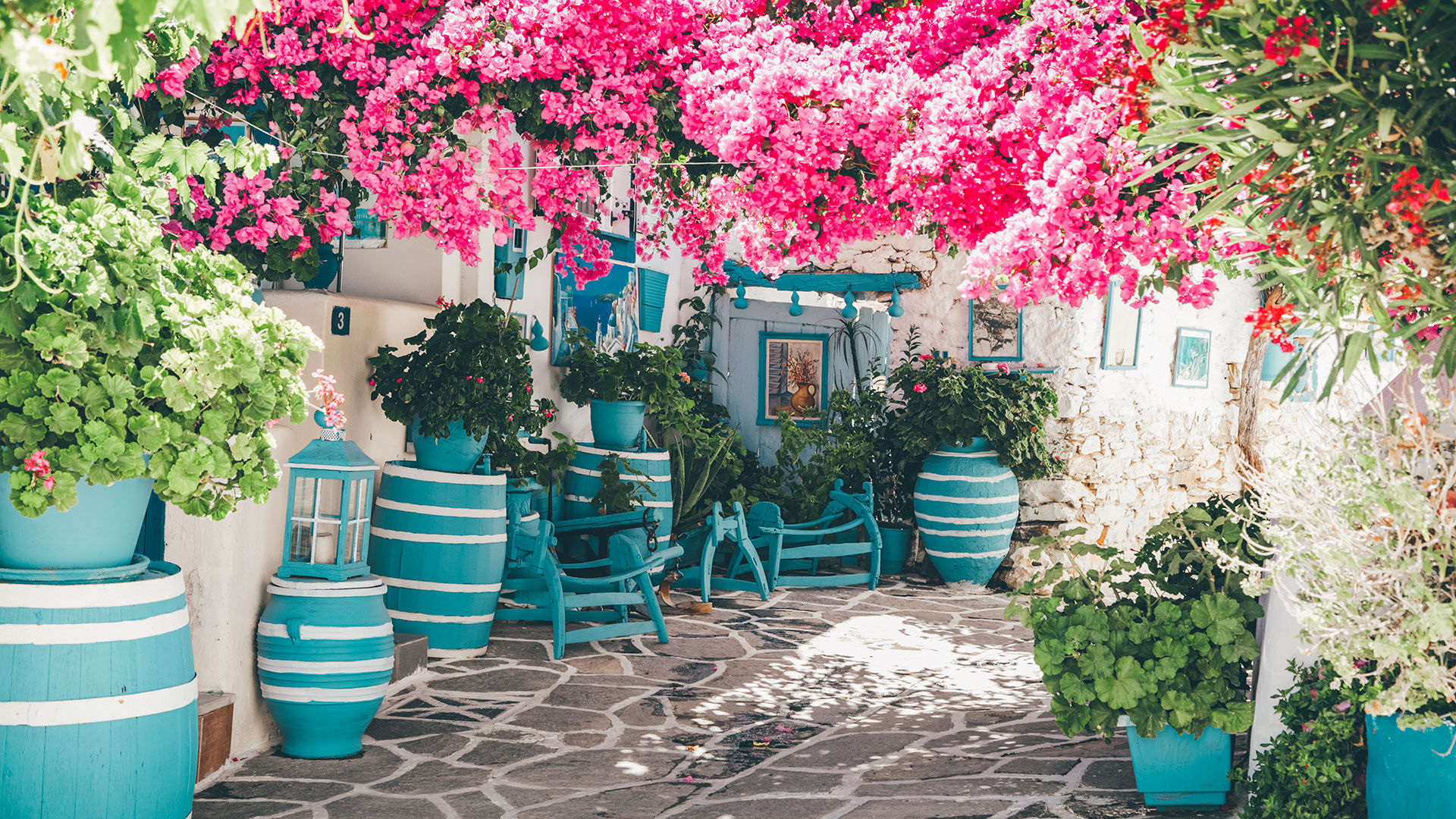 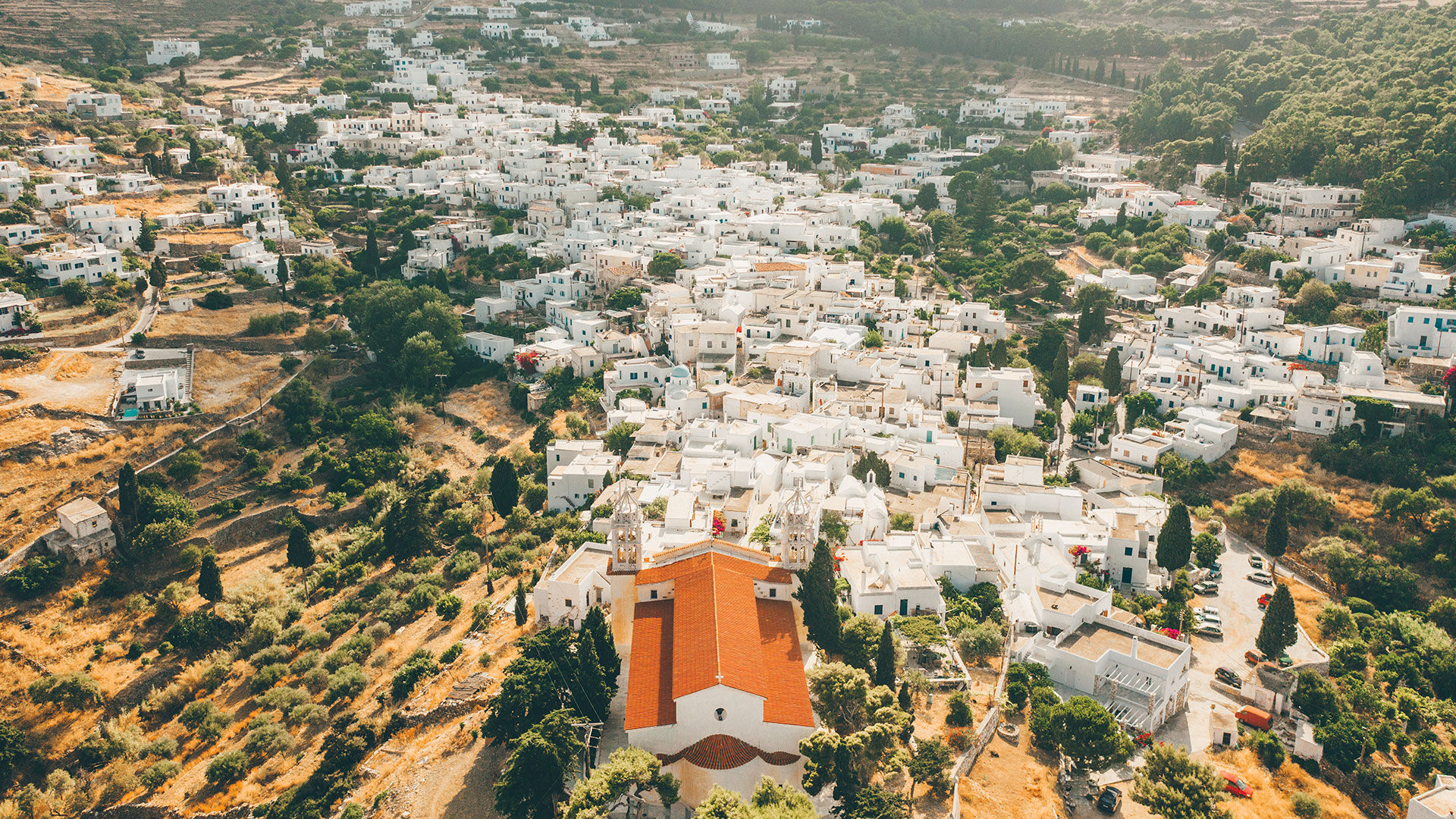 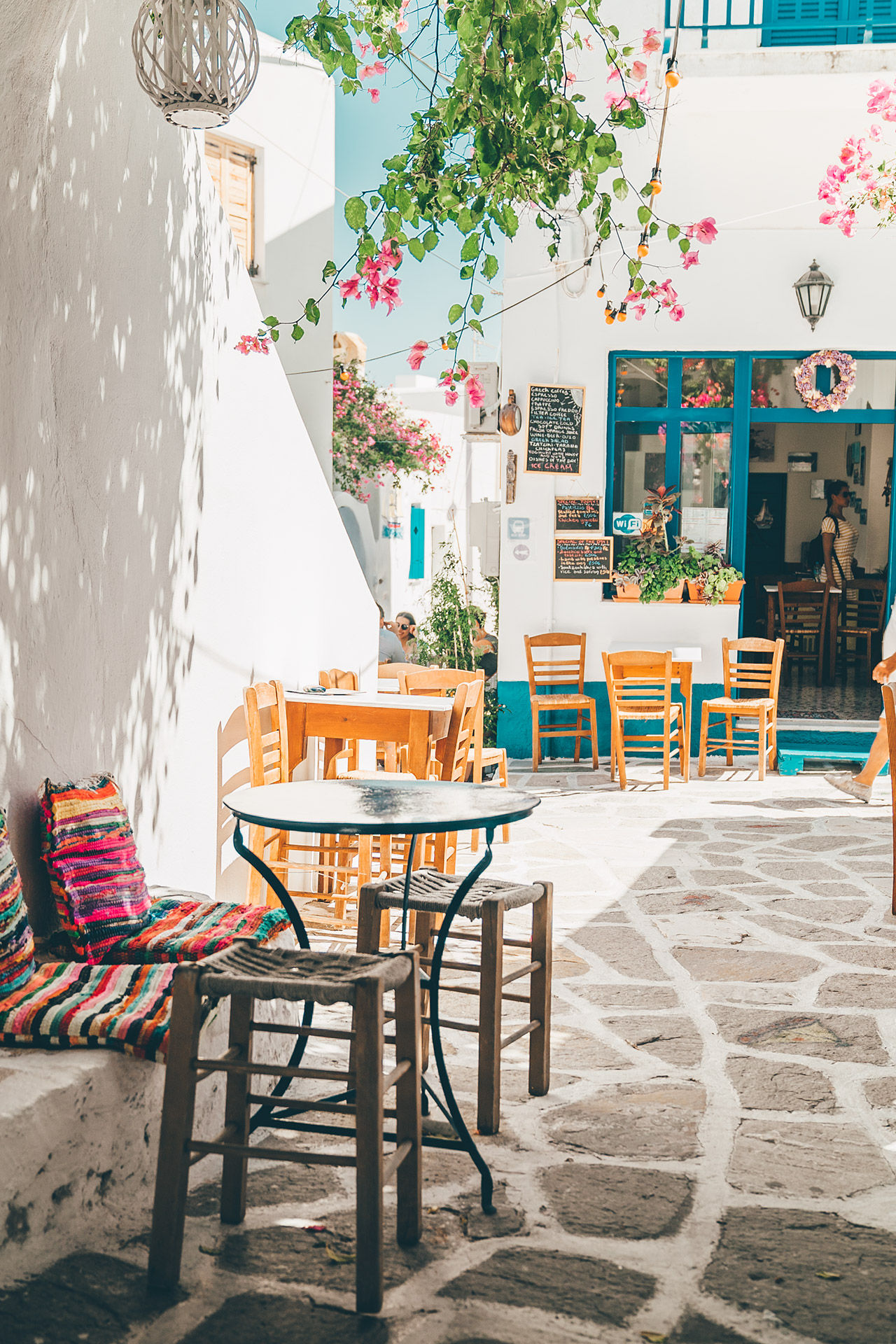 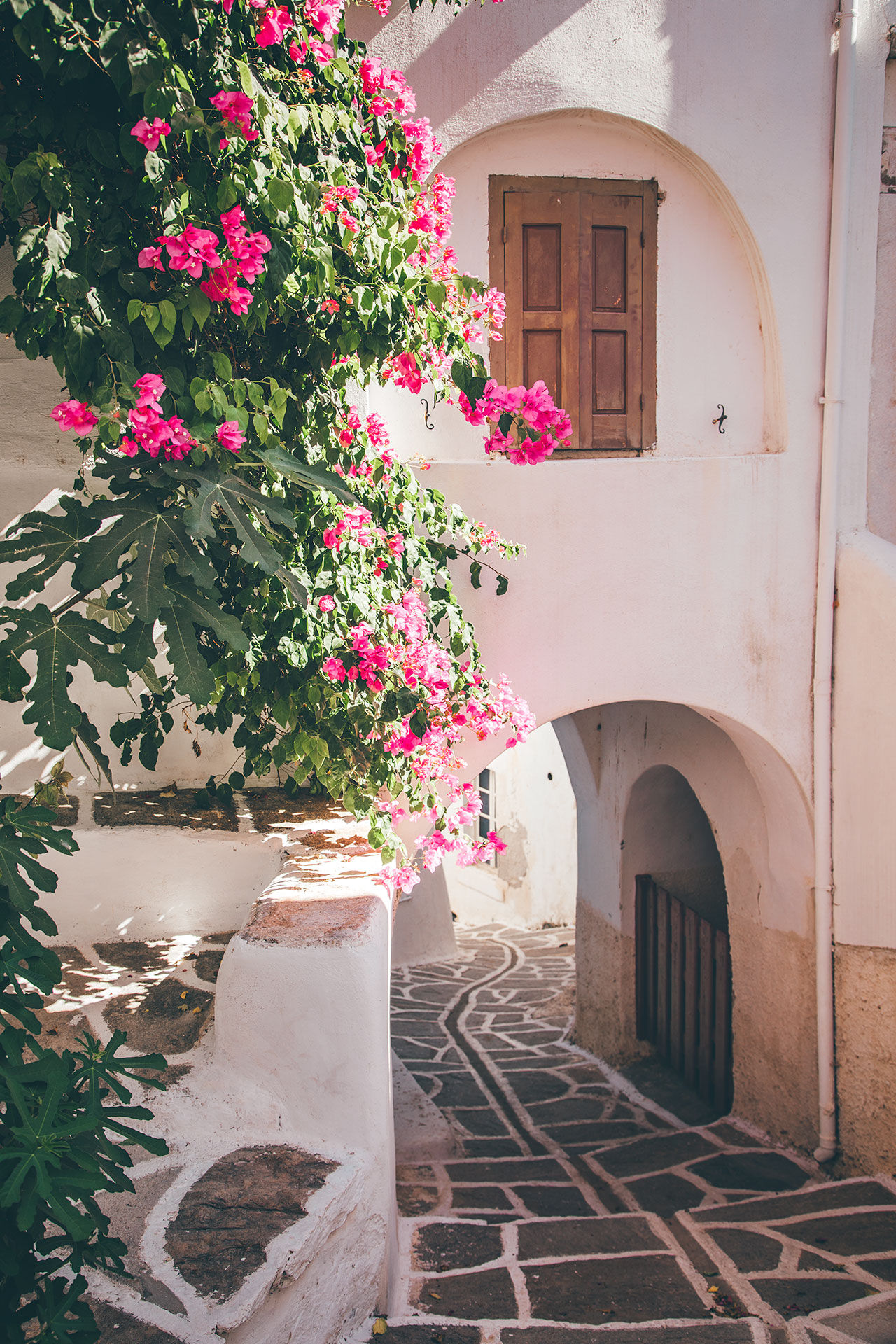 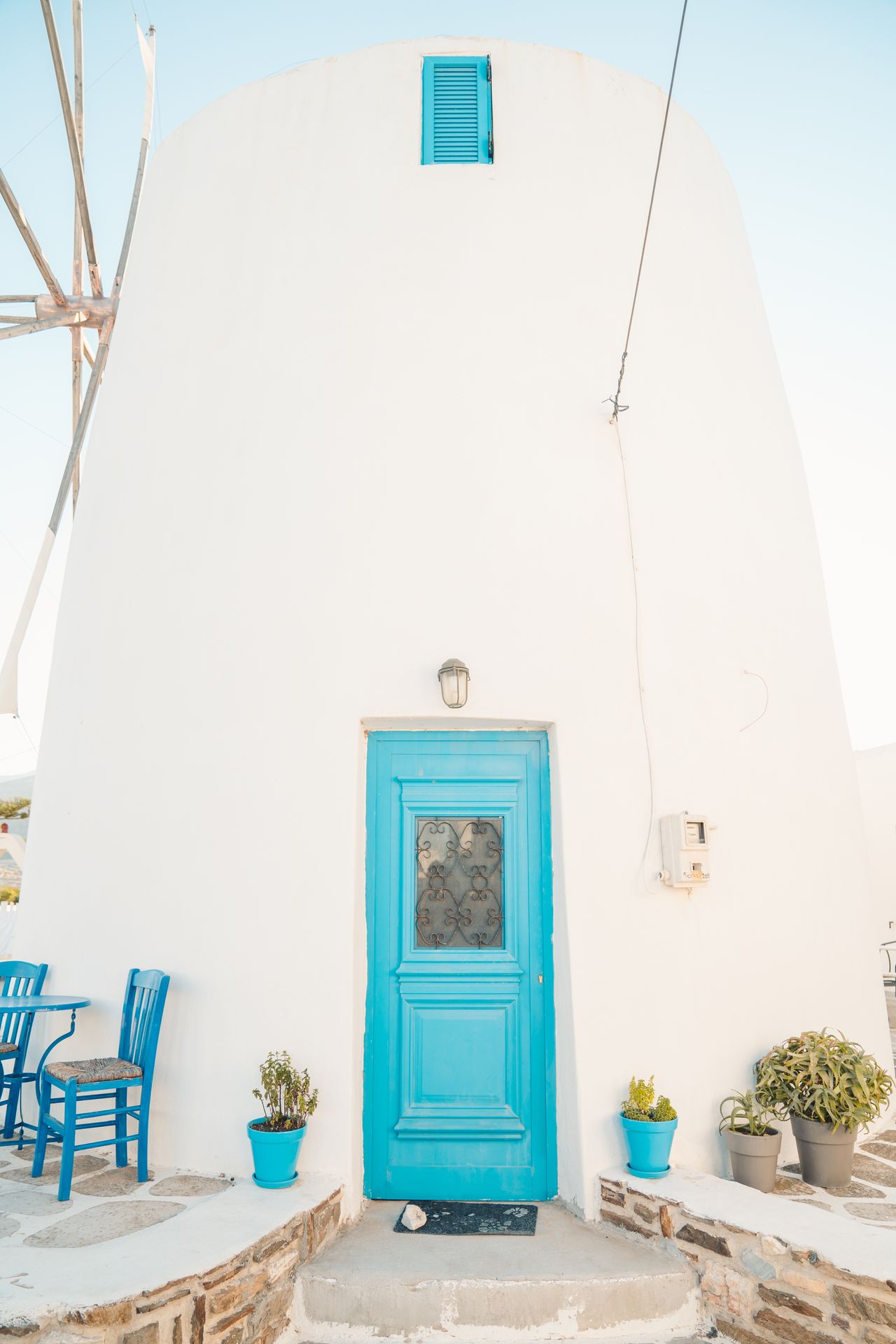 There are more blues and whites to enjoy in Marmara & a windmill that greets you as you enter the village. 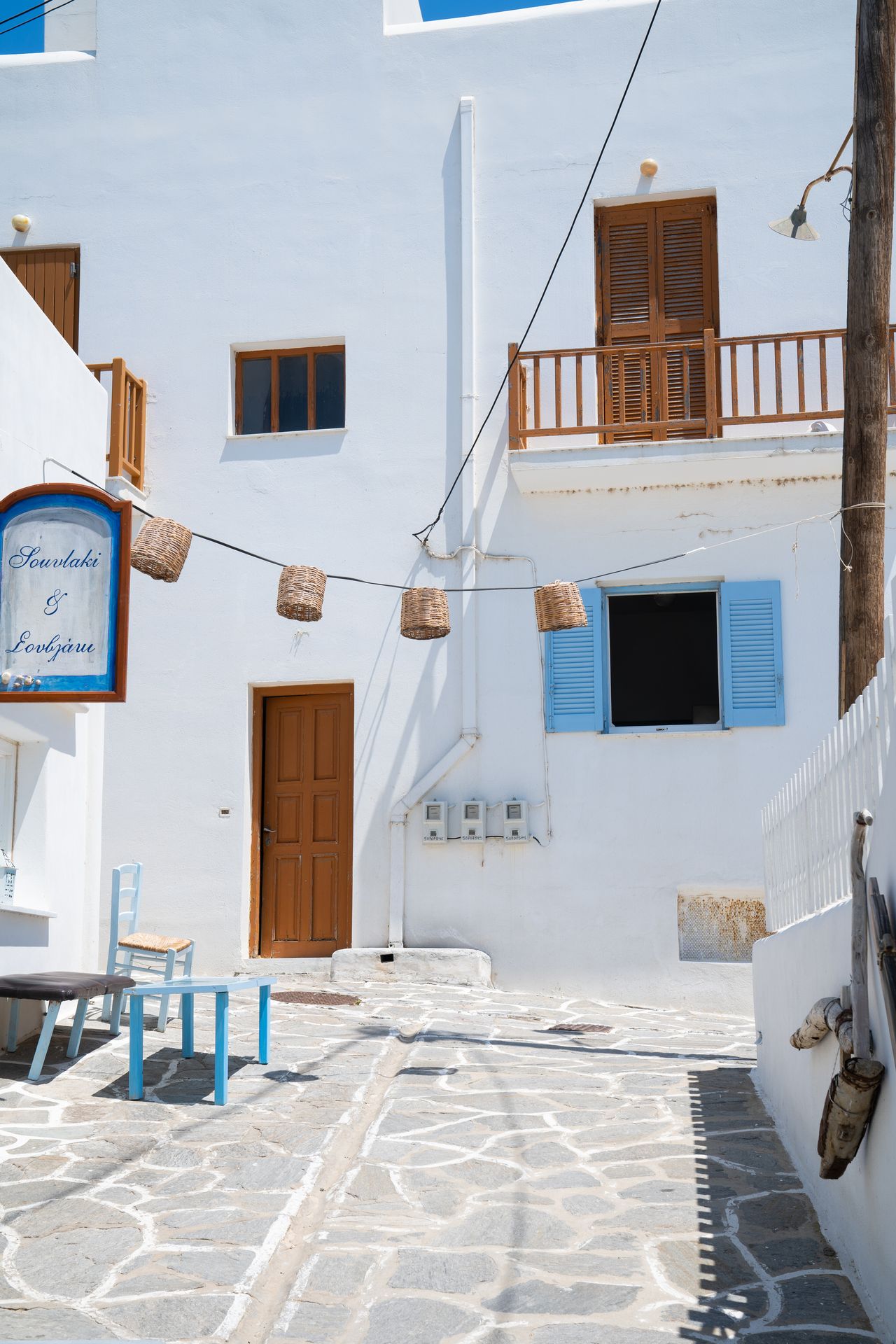 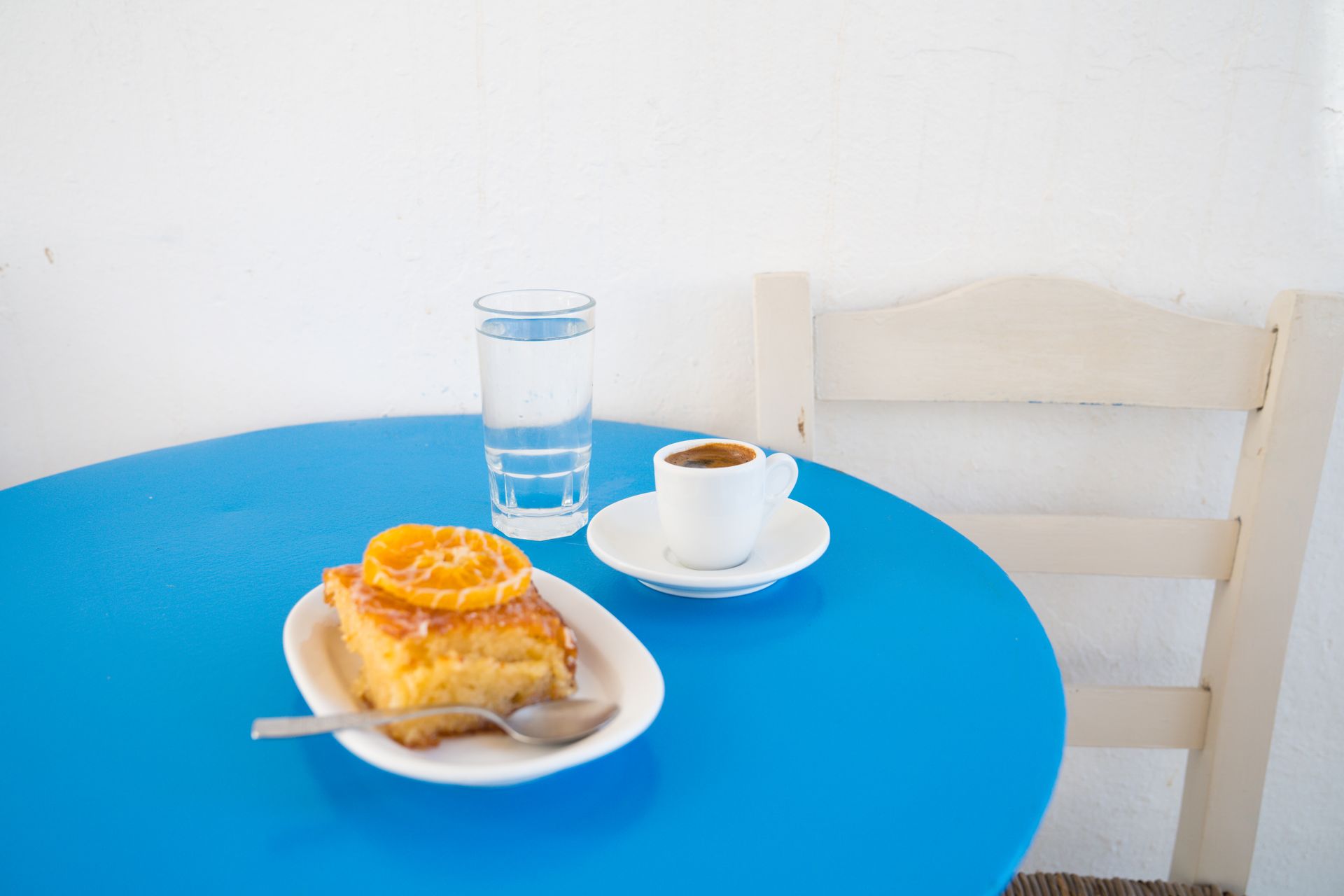 The Cycladic theme of sugar-cube houses, flowers and tiny churches continues in the villages of Paros 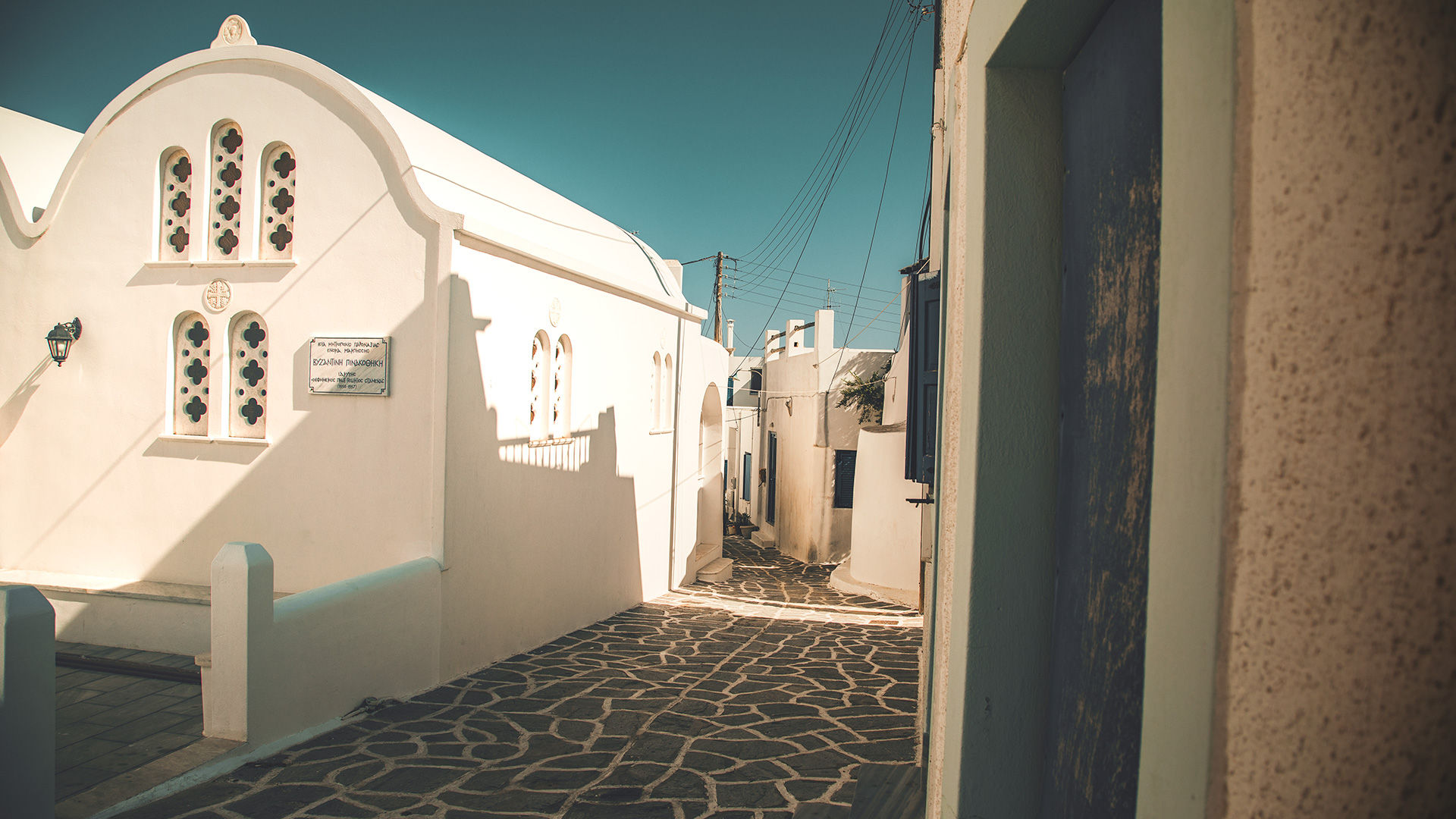 View of alley and Byzantine Museum in Marpissa village 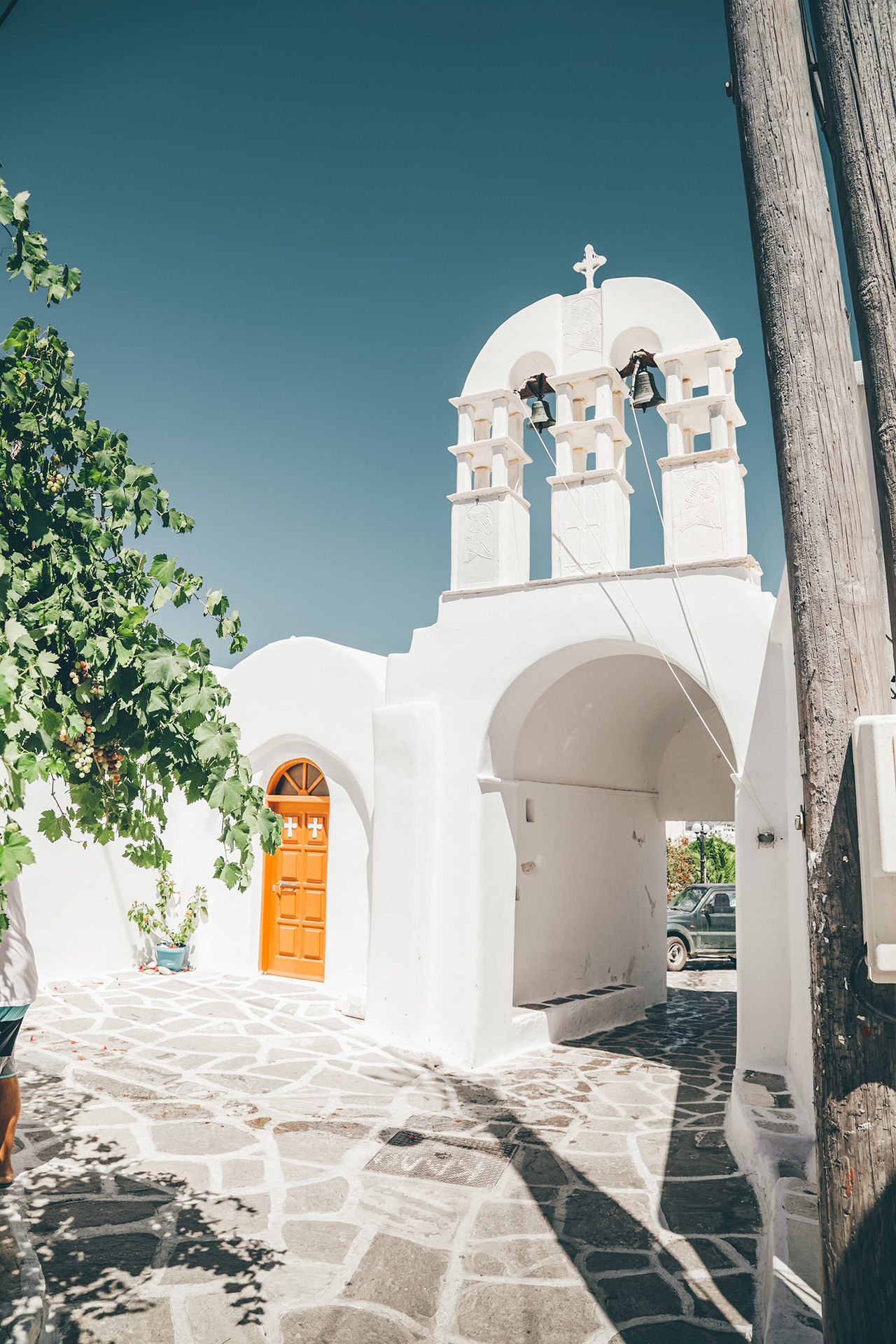 View of church and cycladic alleyway in Prodromos village 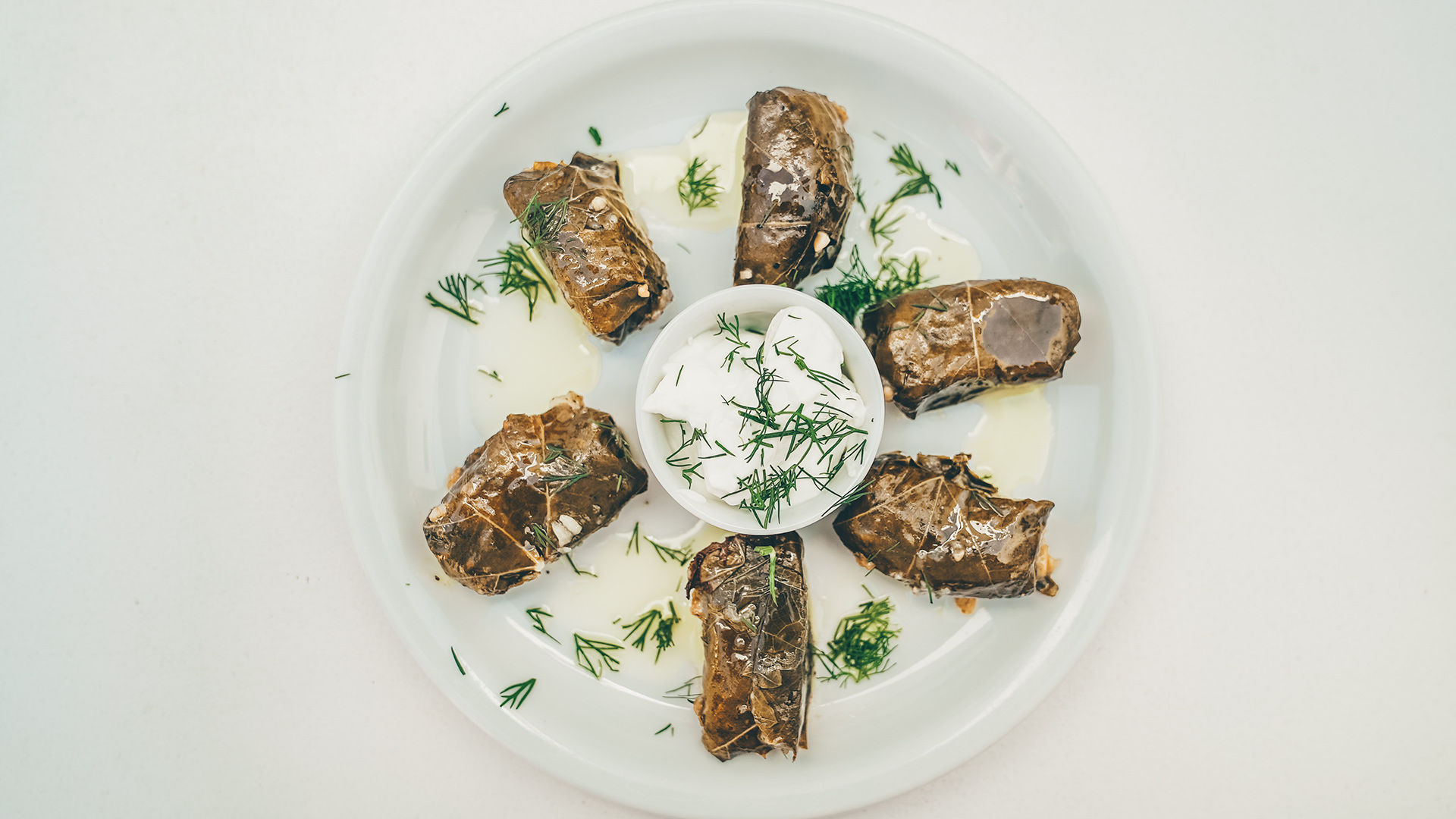 Enjoy a home-cooked meal in a traditional taverna 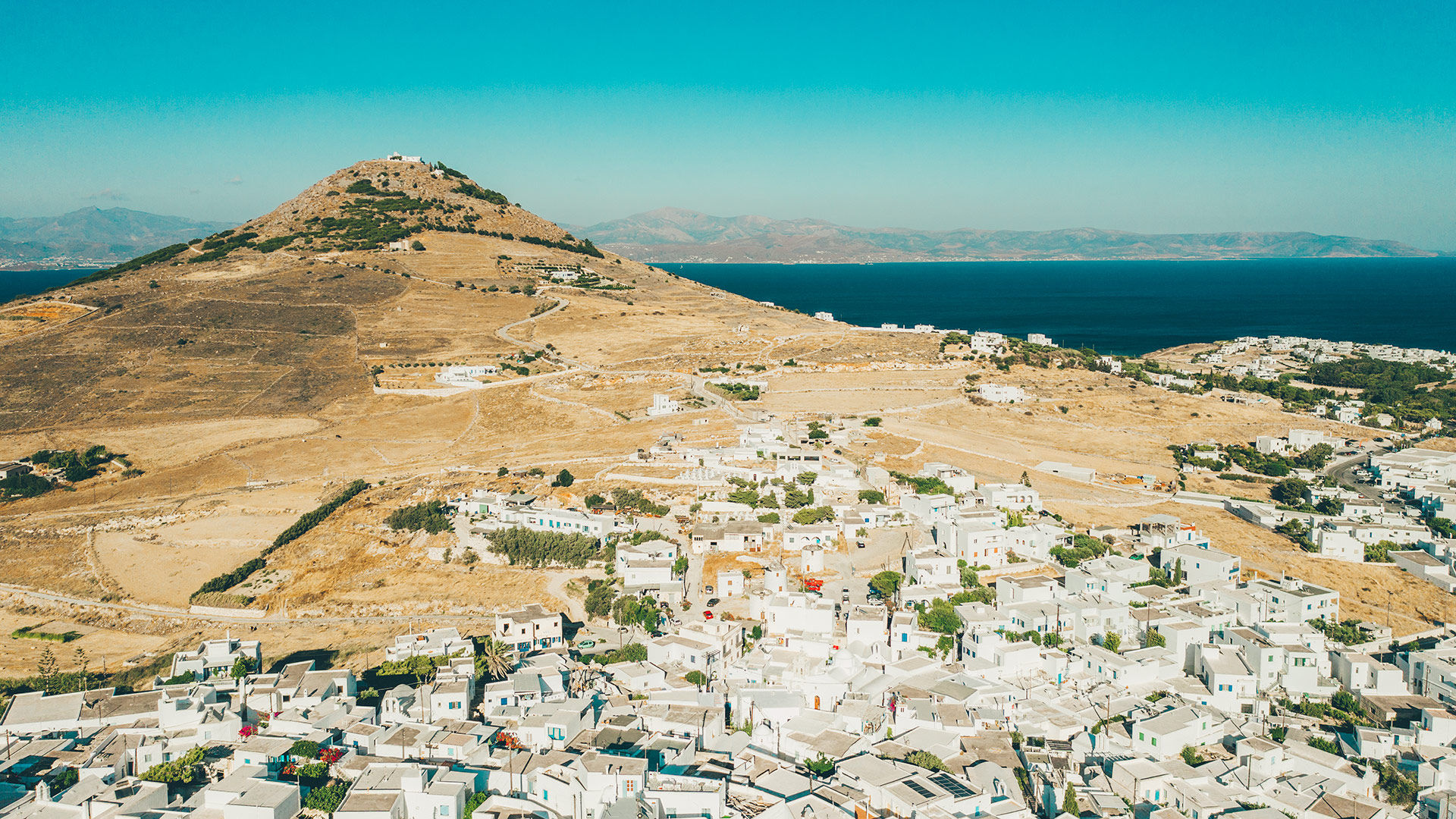 Built amphitheatrically on a low hill, cute little Marpissa and its surroundings will get your hiking juices flowing 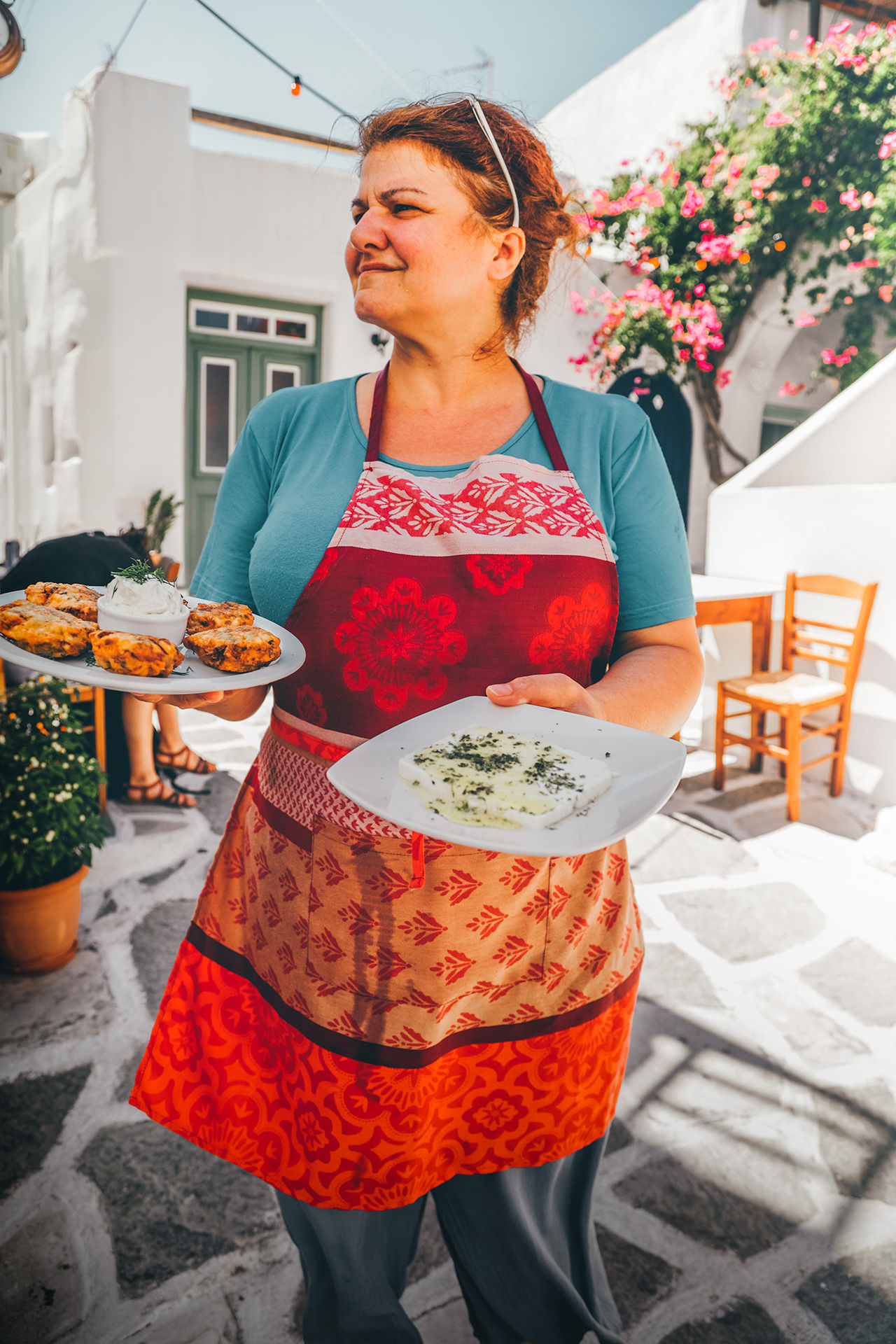 Prepare yourself for local delicates and the welcoming smile of locals 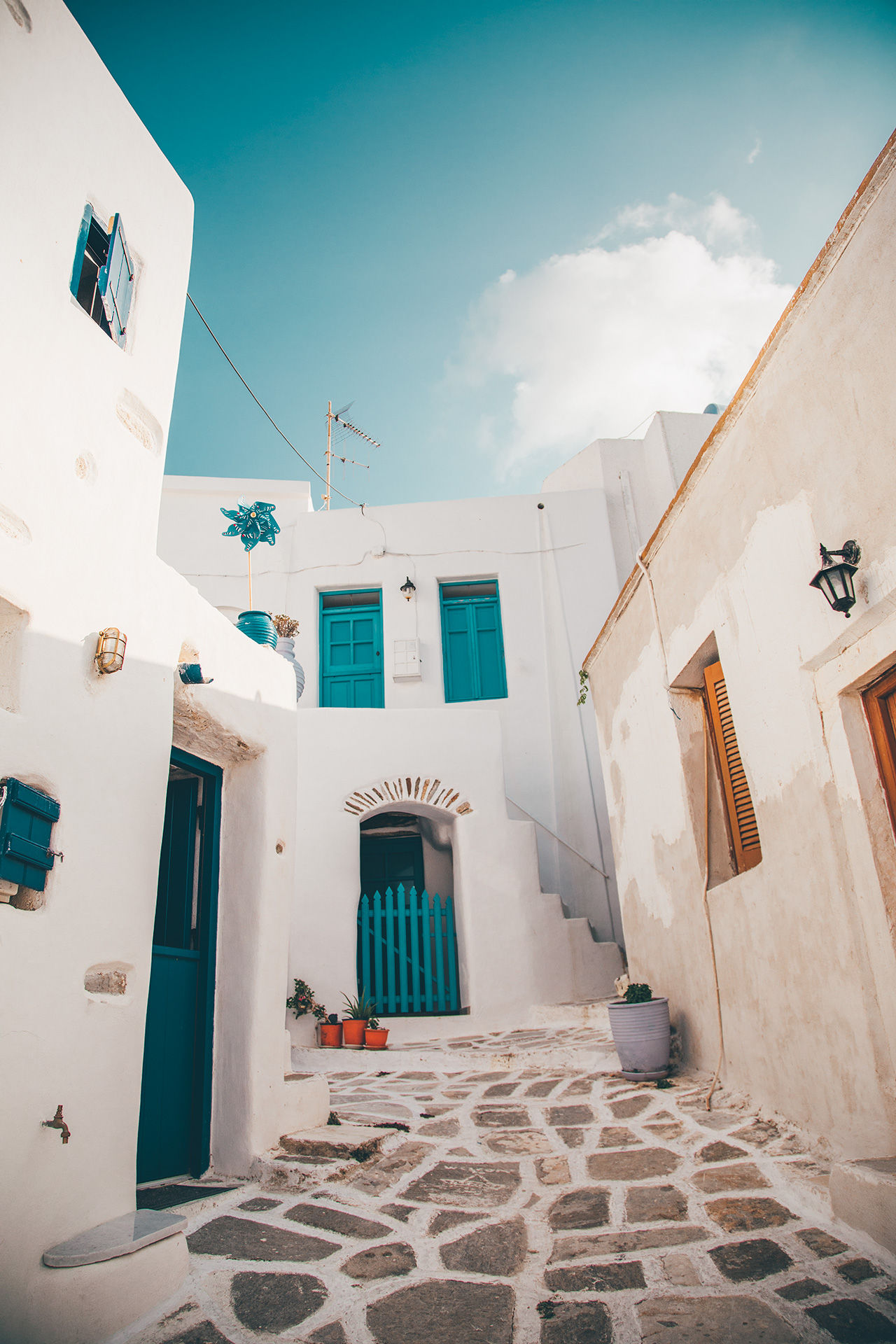 Lefkes is one of the prettiest and best-known villages of Paros, built on a verdant hill in the heart of the island 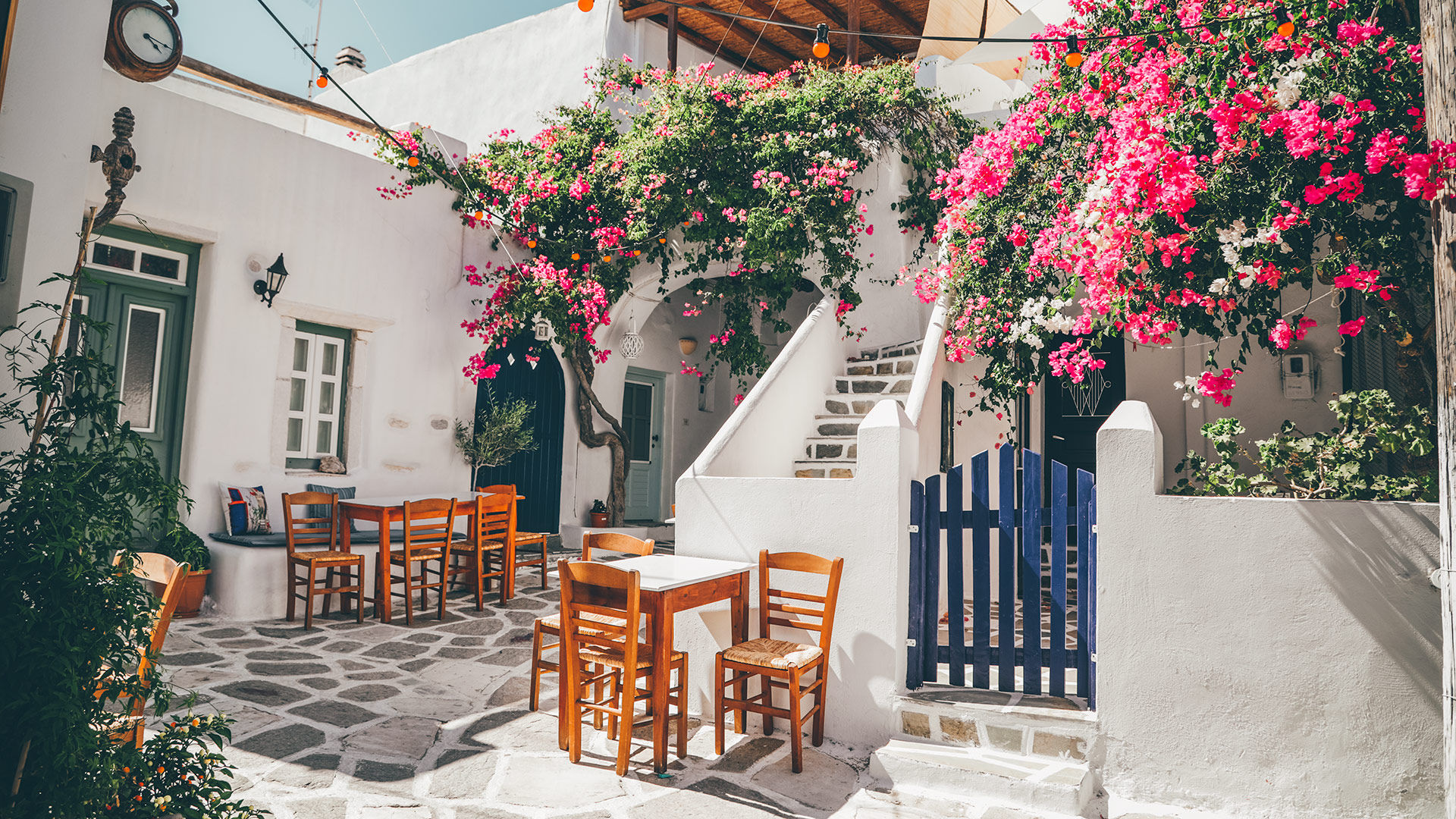 To sample the full authenticity of Paros, start by heading inland to centrally located Lefkes. From here, you move on to a cluster of villages near or by the sea (Prodromos, Marpissa, Marmara and Piso Livadi), meaning you can always sneak in some beach-time. Finally, head back into the hills, ending in the mountain village of Kostos.

One of the prettiest and best-known villages of Paros, built on a verdant hill in the heart of the island, surrounded by pine and olive trees and the smell of oregano and thyme. It was the capital of Paros in the Middle Ages and the Byzantine feel has been preserved in the Church of Agia Triada (with its rare icons) and other chapels dating to the 15th century. But so too is it unmistakably Cycladic (whitewashed houses, blue doors, bougainvillea and windmills). You’ll find plenty of little shops selling local goods (pottery, honey, figs etc) on the main street, called Ramnos, and a couple of folk museums. The view from 300m up is one of the best on Paros and the island you can see just opposite is Naxos.

The Cycladic theme of sugar-cube houses, flowers and tiny churches continues in the neighbouring village of Prodromos (which can be reached from Lefkes by following a paved footpath dating to Byzantine times). You’ll find traditional cafes (where better to enjoy a local delicacy?) set amongst the houses. And just outside the settlement are windmills that have been renovated into houses (prepare for some serious home envy). Together with the village of Marmara, the residents are known as the Arhilohos community, named after an ancient Parian poet. The village itself is named after the icon-filled 17th-century church of Agios Ioannis Prodromos.

Built amphitheatrically on a low hill, cute little Marpissa and its surroundings will get your hiking juices flowing. Its older houses date to the 16-17th century and there are four windmills in the main square. Amongst its attractions, the Church of Metamorfosis tou Sotiros (Transfiguration of the Saviour) stands out, as does the Museum of Sculptures of Perantinos. A bonus is to walk up to the Monastery of Agios Antonios, built by a small medieval city and a Venetian castle. Only the ruins of the castle remain, but a 30min hike is all the more worth it for the impressive view.

Named after the marble integrated into the houses and churches and the nearby ancient deposits, Marmara is a semi-mountains farming village, with around 500 residents and plenty of water, surrounded by orchards. There are more blues and whites to enjoy and a windmill that greets you as you enter the village. The main building of the village is the 17th-century church of Taxiarchis. Don’t forget to visit the cheese factory and try the local products in the cafes in the village square.

There’s nothing to stop you nipping to the beach after visiting other villages, but coastal Piso Livadi has the advantage of being close to some of Paros’ best-known swimming spots (Golden Beach, Pounda Logaras). But before you do that… Piso Livadi’s many fishing boats supply locals with the freshest seafood. So take a seat in one of the seafront tavernas. You’re in for a treat. You can also catch a day trip to other Cycladic islands from here (Naxos, Ιos, Santorini and Amorgos).

Back into the hilly interior for your last stop and to a village that locals refer to the ‘balcony’ of Paros. The view from here of the bay of Molos and Naxos is, indeed, something else. More churches (notably Agios Panteleimon, protector of the village), alleyways and whitewashed houses await. Find yourself a spot in a traditional cafe in the square, order yourself some meze and bottle of souma (a spirit, similar to tsipouro) and let the locals do the rest.

Whether you’re setting out from Parikia (Hora) or Naoussa, it’s an easy journey to all of Paros’ villages. Below, are the distances to Lefkes:

Visiting all the villages in the proposed order is a journey of around 24km.
For details of the bus services between villages, click here.

If you visit all the villages highlighted, you’ll need at least 1 day. The ideal experience is to stay in one of the larger villages and also arrange an organised hiking expedition to enjoy the Parian countryside. 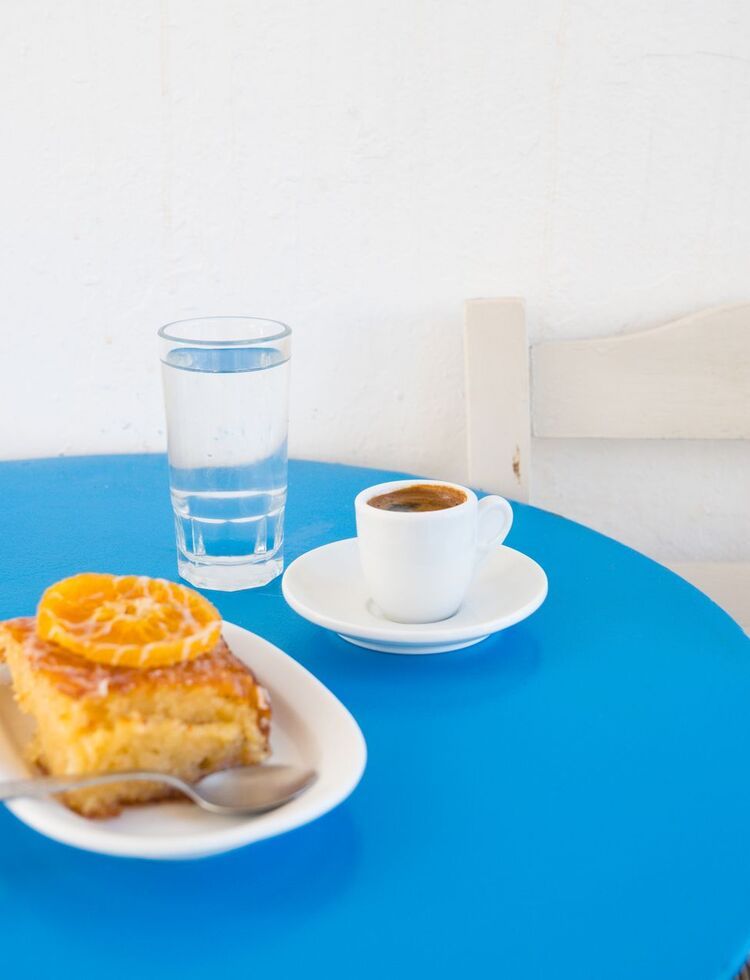 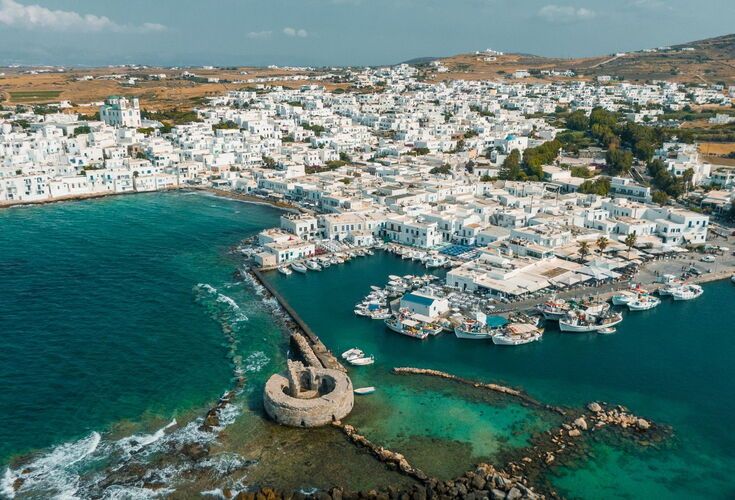 EXPERIENCE
A walking tour of Antiparos’ quiet and quaint Hora