A symphony of culture, food and natural beauty 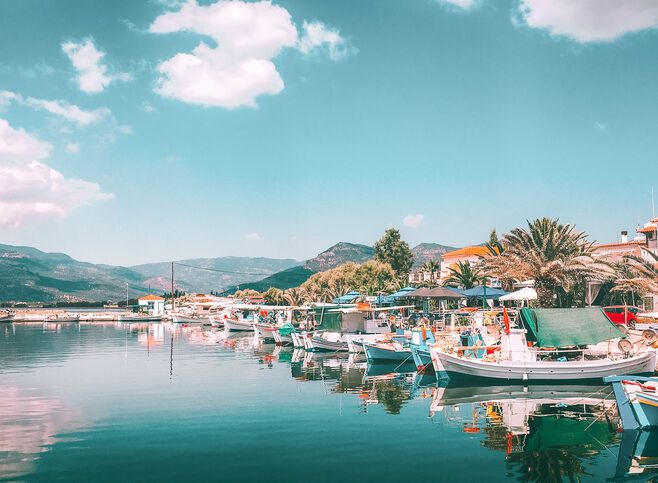 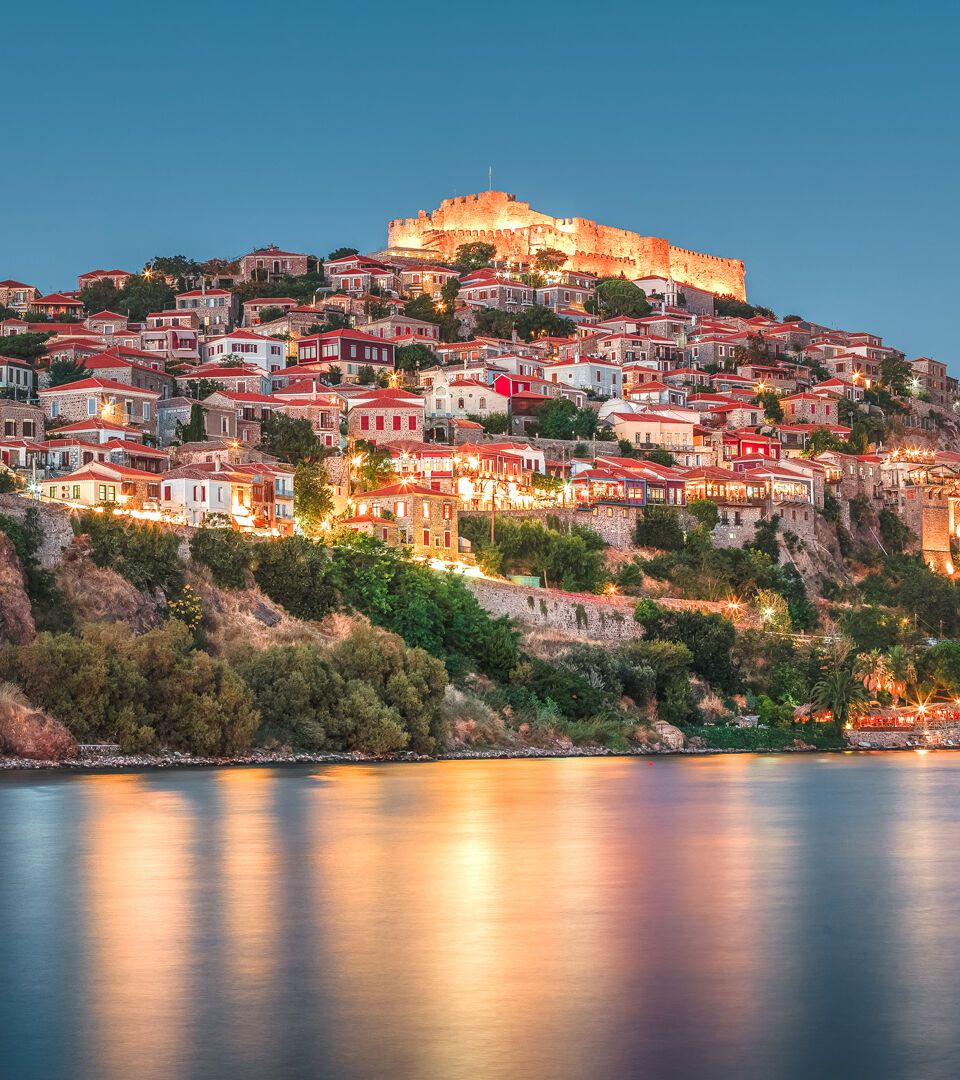 Today
16°
WED
14°
THU
14°
FRI
14°
SAT
15°
With castles, noble mansions, olive groves and countless beaches, Lesvos – the North Aegean island famous as the home of ouzo and a world-famous petrified forest – is one of the most welcoming holiday spots in Greece.

Situated in the North Aegean, Lesvos was the birthplace of the poets Sappho and Alcaeus, the naïf painter Theophilos and the novelist Myrivilis. Greece’s third-largest island possesses a rare natural beauty, architectural marvels, a petrified forest, medieval fortress towns and a Mediterranean climate. Olive trees carpet much of its landmass, which is indented by two deep, almost closed, fish-filled bays.

Other attractions on Lesvos include lively traditional villages, beaches that stretch for miles, ouzo distilleries to visit and exquisite delicacies to accompany your drink. These are just some of the treats awaiting you on fascinating Lesvos, the island that Nobel laureate Odysseas Elytis compared to a “plane-tree leaf that someone threw into the sea”.

What to do on Lesvos island

Circumnavigate the island for a first taste of Lesvos

Start your visit at Mytilini, the main port and biggest town of Lesvos, and from there cross to the northeast coast to check out Molyvos and Petra. Then head west to Eressos and Sigri, to see the petrified forest, before moving south to Plomari, where the ouzo factories are, and swinging inland to the mountain village of Agiassos. That’s Lesvos in a nutshell but we’ve left out the beaches, the spas, birdwatching in the wetlands, the long leisurely feasts of local seafood and some of the most breathtaking views in the Aegean.

Sample the ouzo tradition of Plomari

Discover the cultural and commercial hub of Lesvos

The true capital of Lesvos and a magnet for visitors in the North Aegean, Mytilini displays its handsome old buildings along the waterfront with the impressive church of Agios Therapon as the centrepiece. All of this is crowned by the Franko-Byzantine castle rising out of pinewood on the hill behind.

As the hub of Lesvos’ cultural and business life, Mytilini offers a myriad ways to spend your time. Admire sights like the ancient theatre, the Ottoman baths or the mosque. Explore streets lined with wonderful neoclassical buildings with an Anatolian flavour. And track down rare treasures in the Archaeological Museum, the Teriade collection of modern masters and the Theophilos museum, as well as libraries, galleries and folklore exhibitions.

Marvel at the castle town of Molyvos

Molyvos can rival the most beautiful medieval fortress towns in Europe, while its only peer in Greece is Monemvasia, in the Peloponnese. And like it, its houses grasp onto the sides of a steep rock while turning their gaze to the Mediterranean. The structure and layout of the town and its 13th-century Genoese castle have remained unchanged over the course of centuries. As you stroll up and down its alleyways, note the stone houses and the Anatolian-style mansions with their brightly coloured doors and windows and enclosed wooden balconies, as well as the elegant Turkish fountains scattered throughout.

Learn about the fascinating Petrified Forest

One of the undoubted highlights of Lesvos and one of the very few places in the world where you can see trees lying where they fell millions of years ago. Take the time to visit the ‘park’, which was declared a Protected Natural Monument in 1985, and the adjacent museum, where you’ll learn about the island’s intriguing geology.

Be introduced to the muse of the arts and letters

Birdwatching at the Kalloni wetlands

More than 252 species of birds find refuge in Lesvos’ Kalloni wetlands. Not surprisingly, it ranks among Europe’s ten most important habitats for avian diversity and rarity.

Relaxing at the thermal springs of Eftalous

Between the brushwood-covered rocks – geological sculptures emerging from the sea – can be found the thermal waters of Eftalous. The water from the spring emerges from underwater springs at a temperature of 43.6-46.5 degrees Celsius and is renowned for its therapeutic properties.

Witnessing the sacrifice of the bull

A pagan throwback to ancient times, this island ritual is still enacted every July in the village of Agia Paraskevi. A healthy bull is decorated with wreaths of flowers and finery before being sacrificed and then cooked and eaten, amid parades on horseback, dancing and feasting for three days.

Experience the best of Lesvos 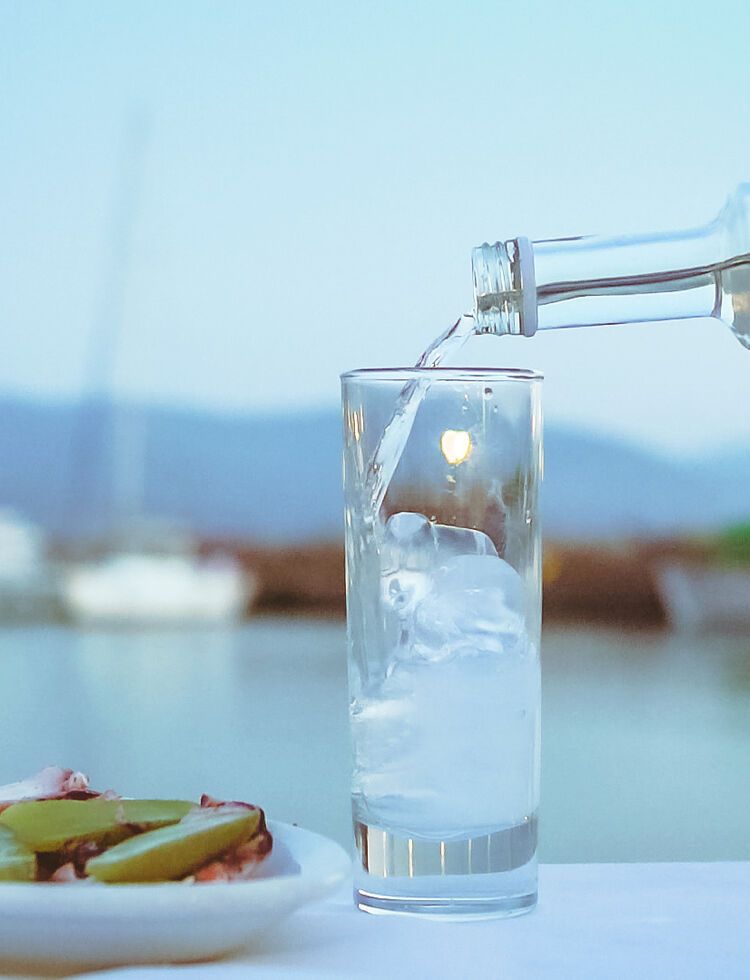 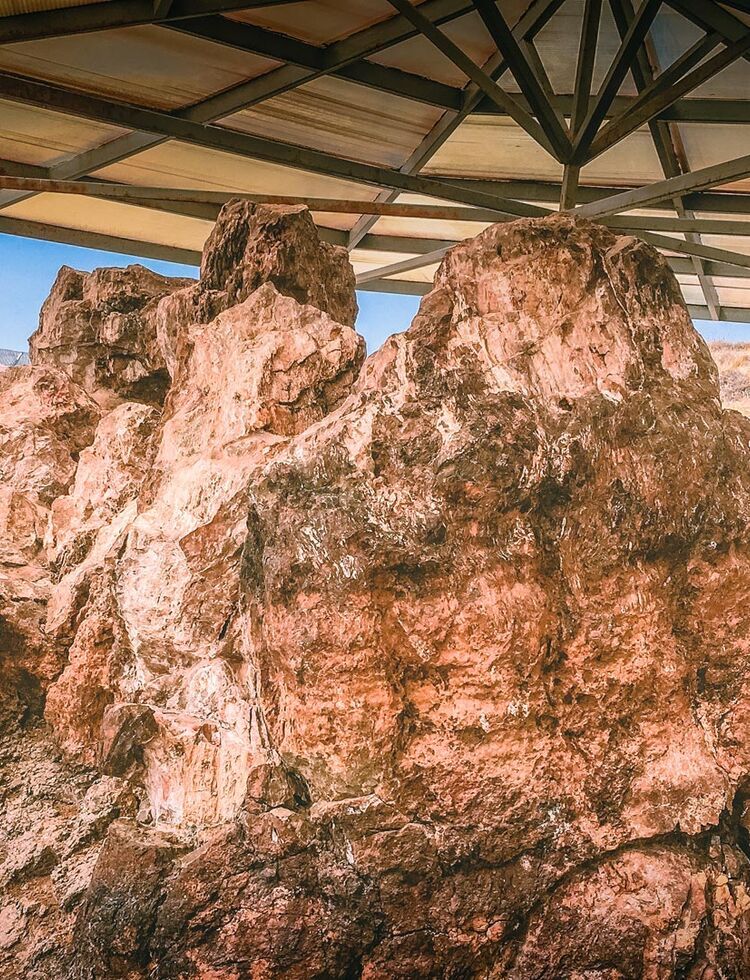 Make time stand still at the petrified forest of Lesvos 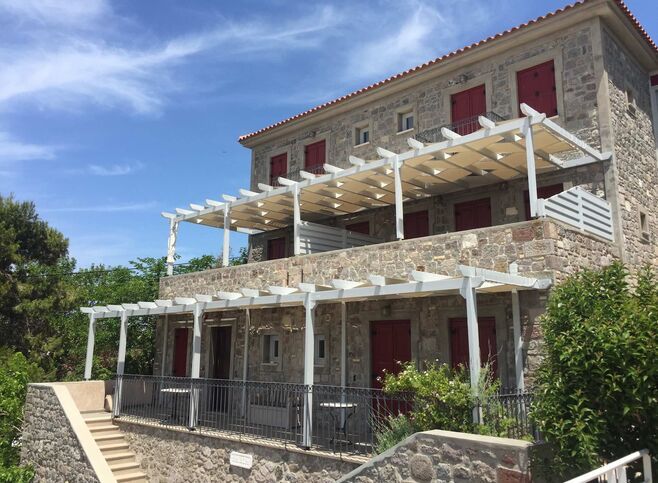 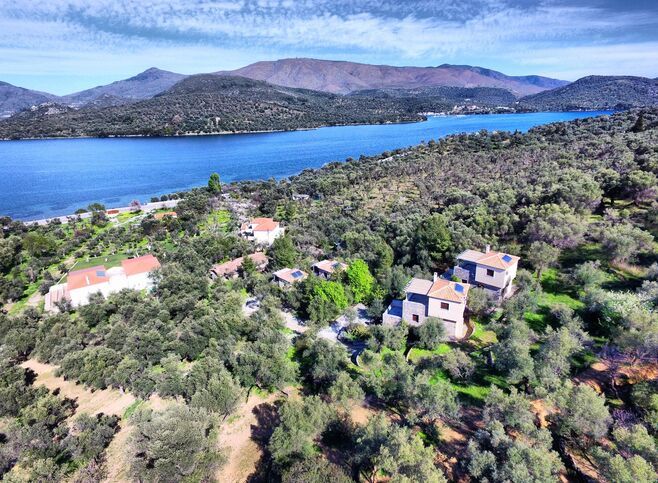 Amidst acres of extended olive-tree landscape and almost next to the sea, lies a complex of&nbsp; four high quality self-caterin...

#discovergreece
See the gallery
Molyvos, a preserved village with Anatolian-style mansions with brigtly coloured doors
The Town of Mytilene, capital and harbour of Lesvos island
Agios Isidoros, the main beach of Plomari
Typical colorful Mediterranean style mansion, built in classical style in Mytilene town, Lesvos island
Agiassos, a picturesque village with true traditional character
Molyvos, castle town by the sea
Lesvos island
Tranquil Sunrise over Limonos hills
Molyvos by sunset
Visiting the Plomari ouzo distilleries can be done at any time of year
How to say a proper Yia Mas in Lesvos!
Nothing captures the essence of Greece quite like ouzo
A crystal clear liquid is poured into a glass and in drops an ice cube, instantly emitting magical swirls of white
Natural History Museum of the Petrified Forest
The Roman aqueduct at Moria, Lesvos

The 10 best experiences in Lesvos

The fragrances, flavours and ever-changing scenery of Lesvos provide the backdrop to unforgettable holidays in the North Aegean.
SEE ALL
DESTINATION 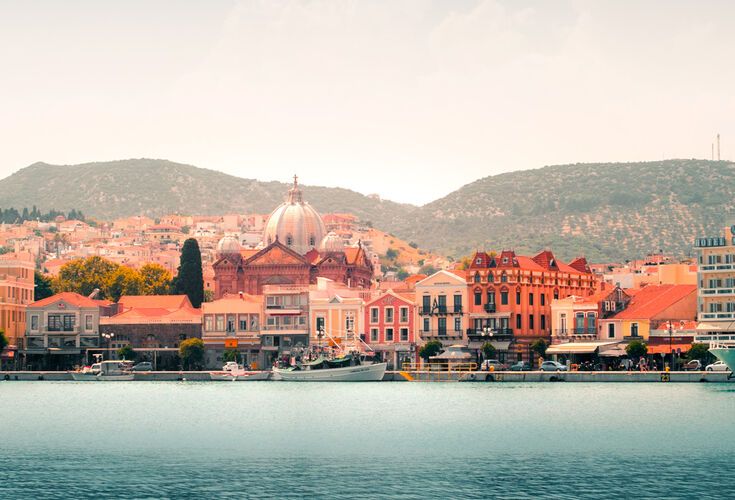