A tour of the National Museum of Contemporary Art in Athens 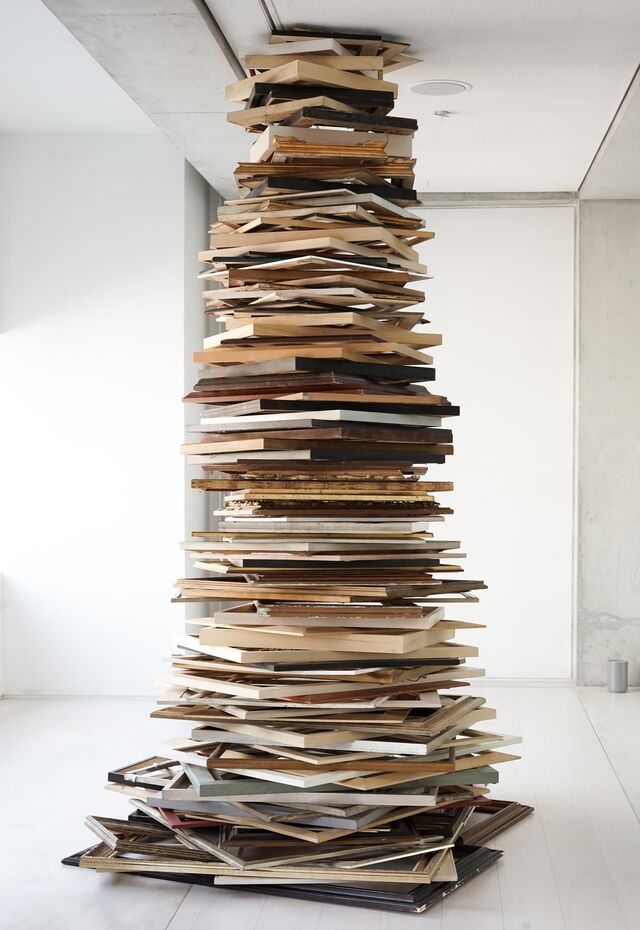 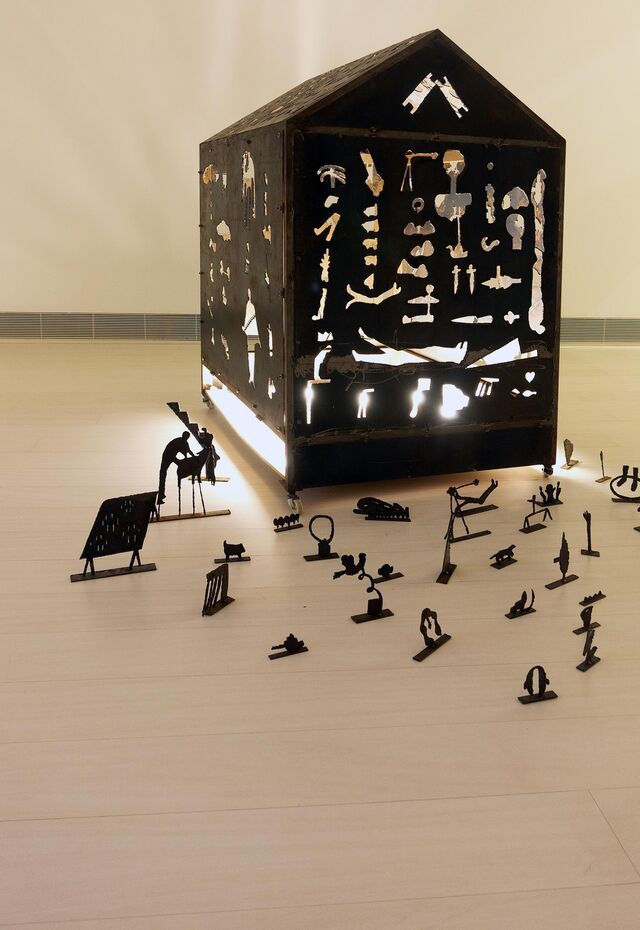 View on map
Duration
1-2 hours
Season
All year round

The National Museum of Contemporary Art in Athens

A wonderful addition to the cultural highlights of Athens, the National Museum of Contemporary Art (EMST) more than lives up to its goal of promoting innovative and experimental artistic movements through painting and 3D artworks, photography and new media, and architecture and industrial design.

In doing so, it explores timeless themes such as democracy, identity and exclusion as well as some of the most pressing issues of our time, from the refugee crisis in the Mediterranean to racial discrimination and violence.

It was established in 2000 and originally housed in various locations around the Greek capital (including the Athens Concert Hall and Athens School of Fine Arts). Eventually, it found a home in the former FIX brewery – a landmark building in Athens – near the lively neighbourhood of Koukaki, a short walk from the Acropolis, which you can enjoy from the museum’s terrace. The industrial design of the 18,142m2 building and minimalism of the expansive, naturally lit exhibition spaces add to the effect, making it one of the best museums in Athens.

There are regular temporary exhibitions but the permanent collection of 172 works of 78 international and modern Greek artists is the centrepiece attraction, covering themes of:

Looking in part at the sociopolitical impact of the 1967-74 dictatorship on the Greek diaspora and those remaining in Greece.

Dealing with concepts such as myth, time, personal and collective memory. 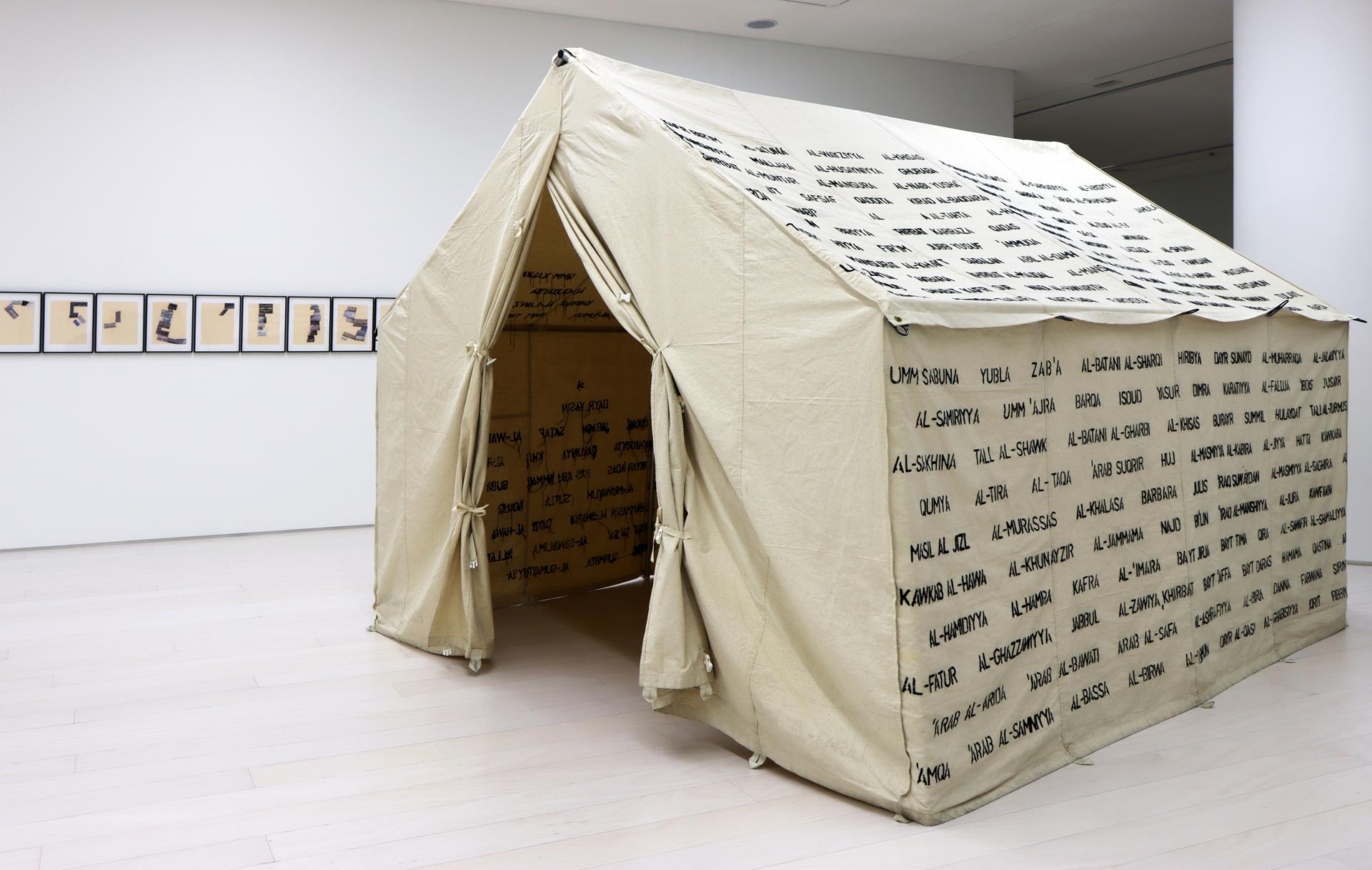 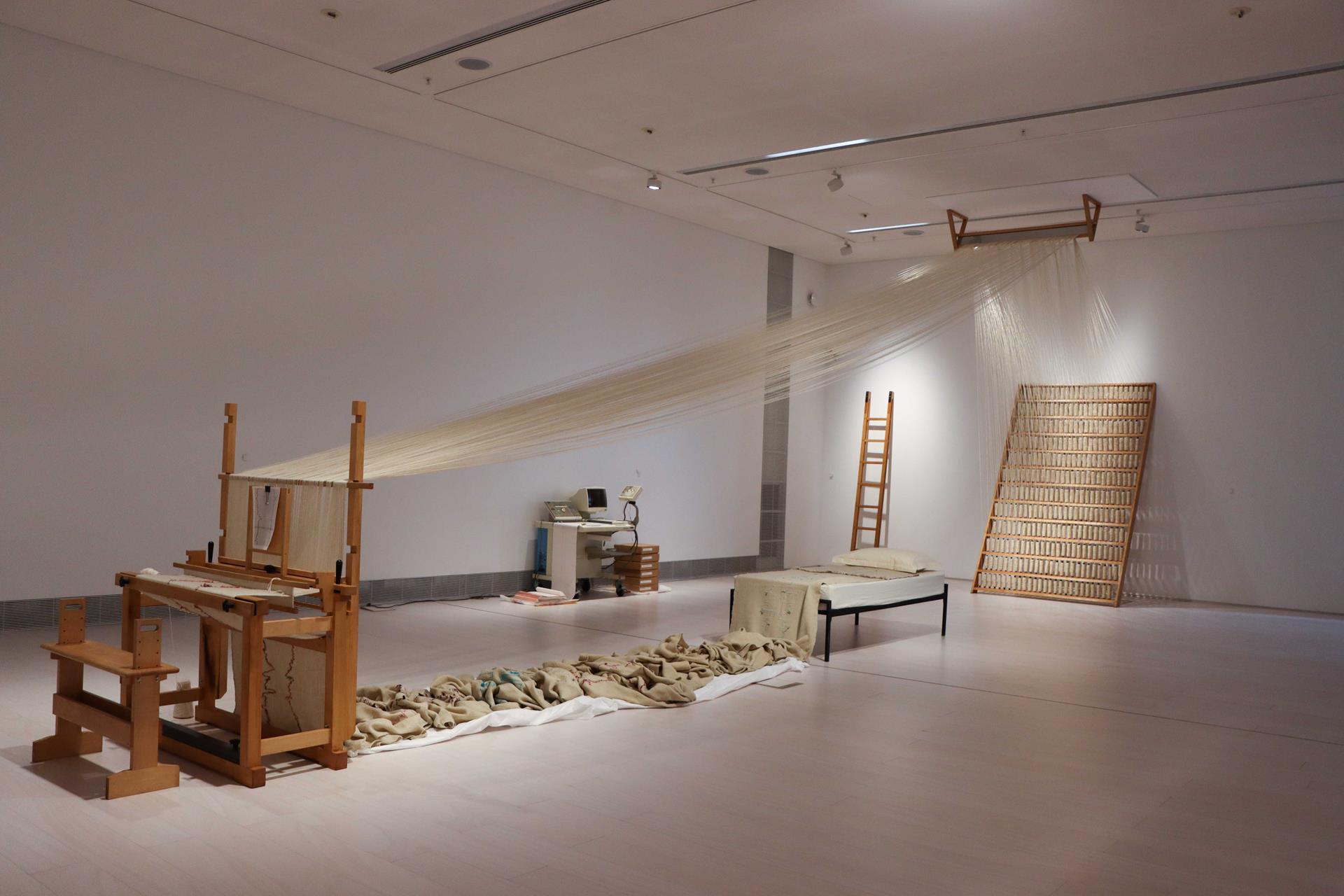 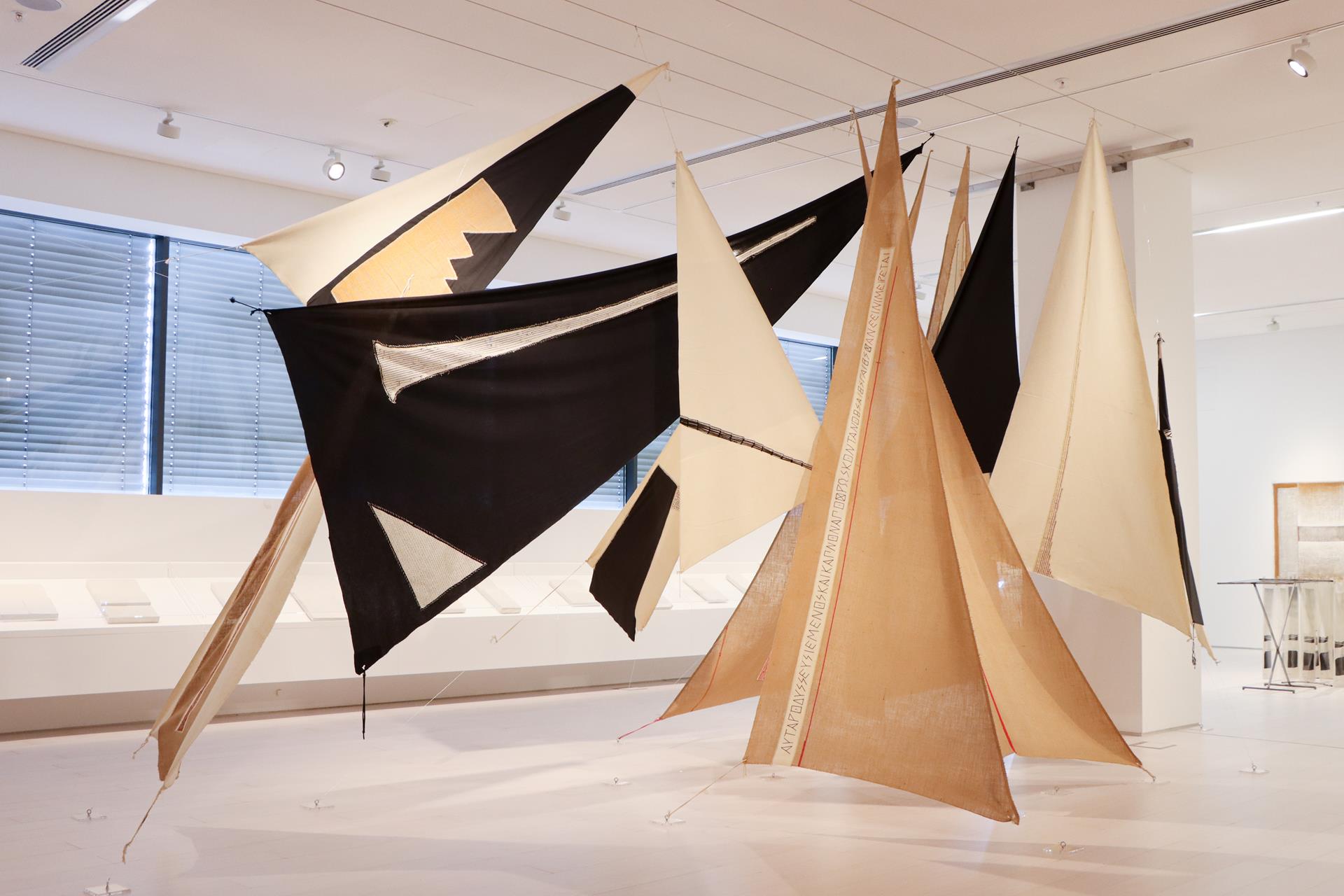 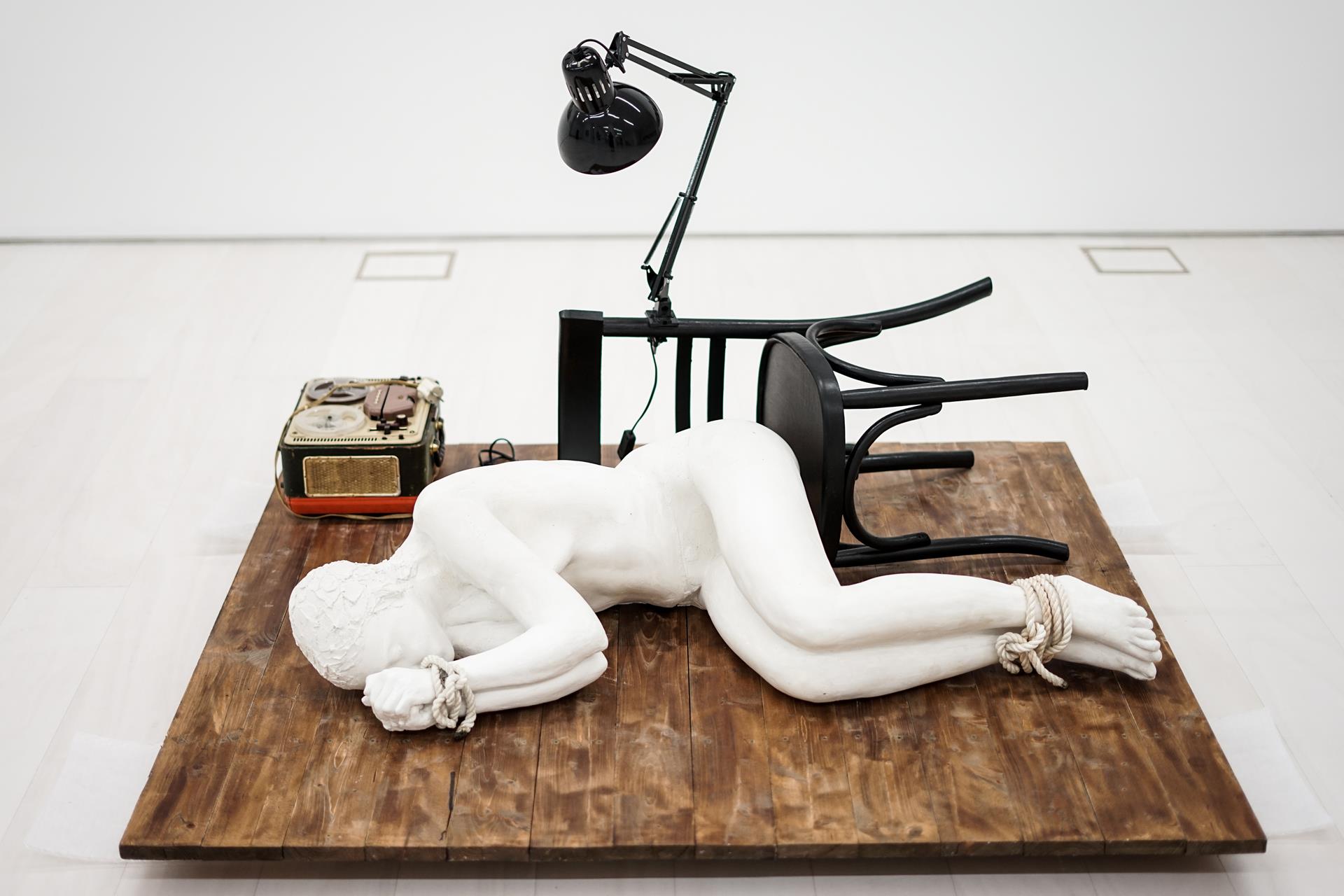 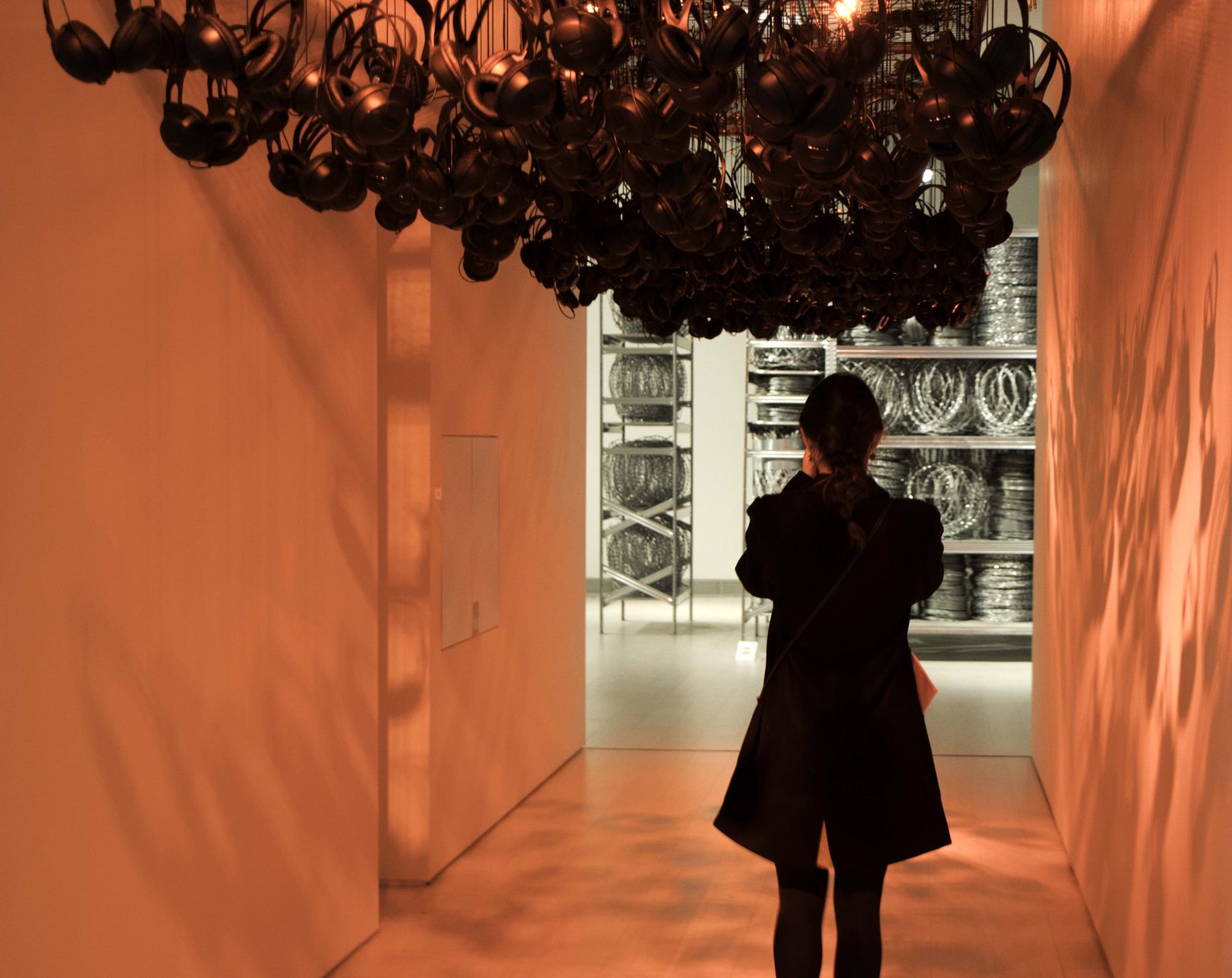 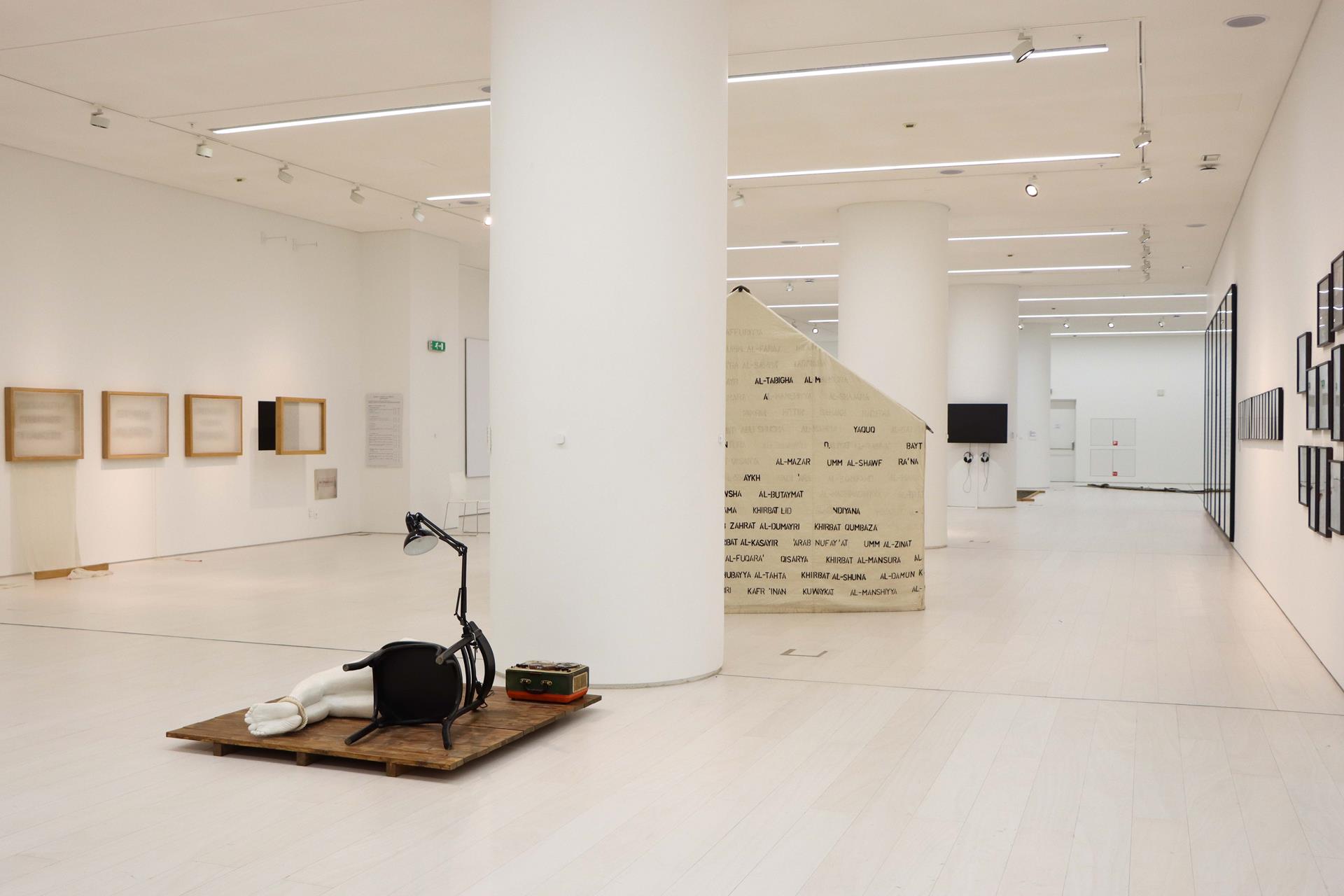 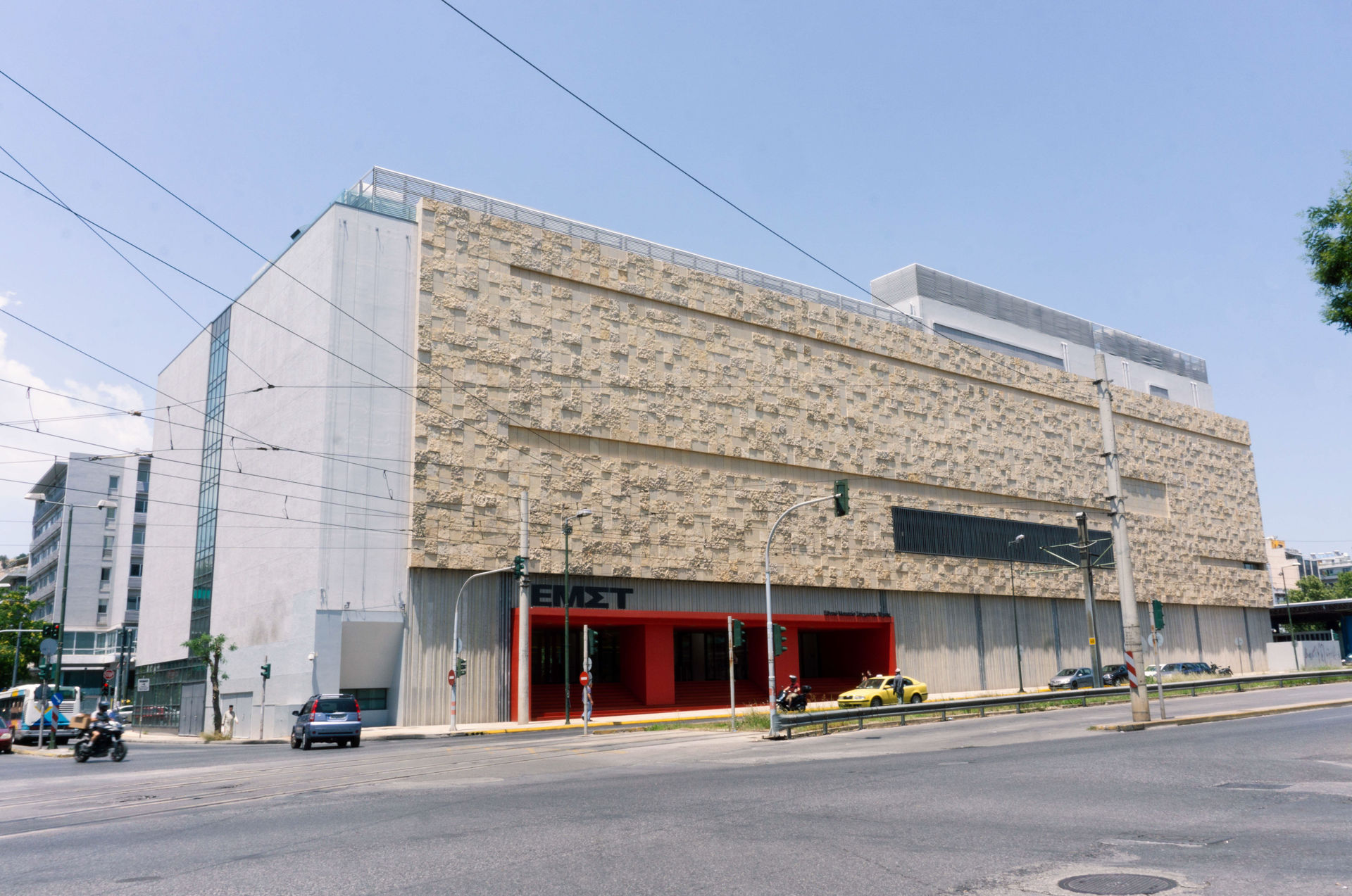 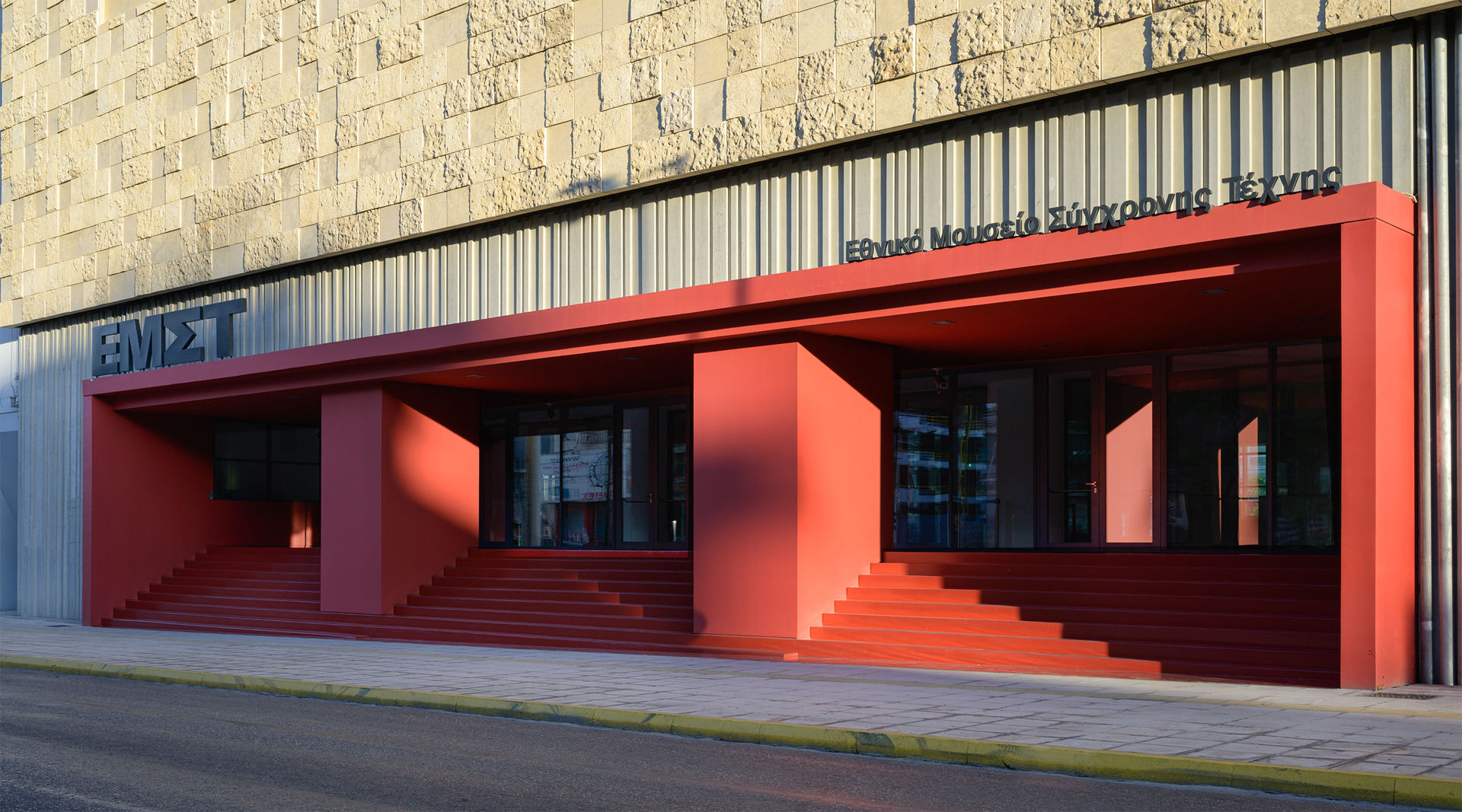 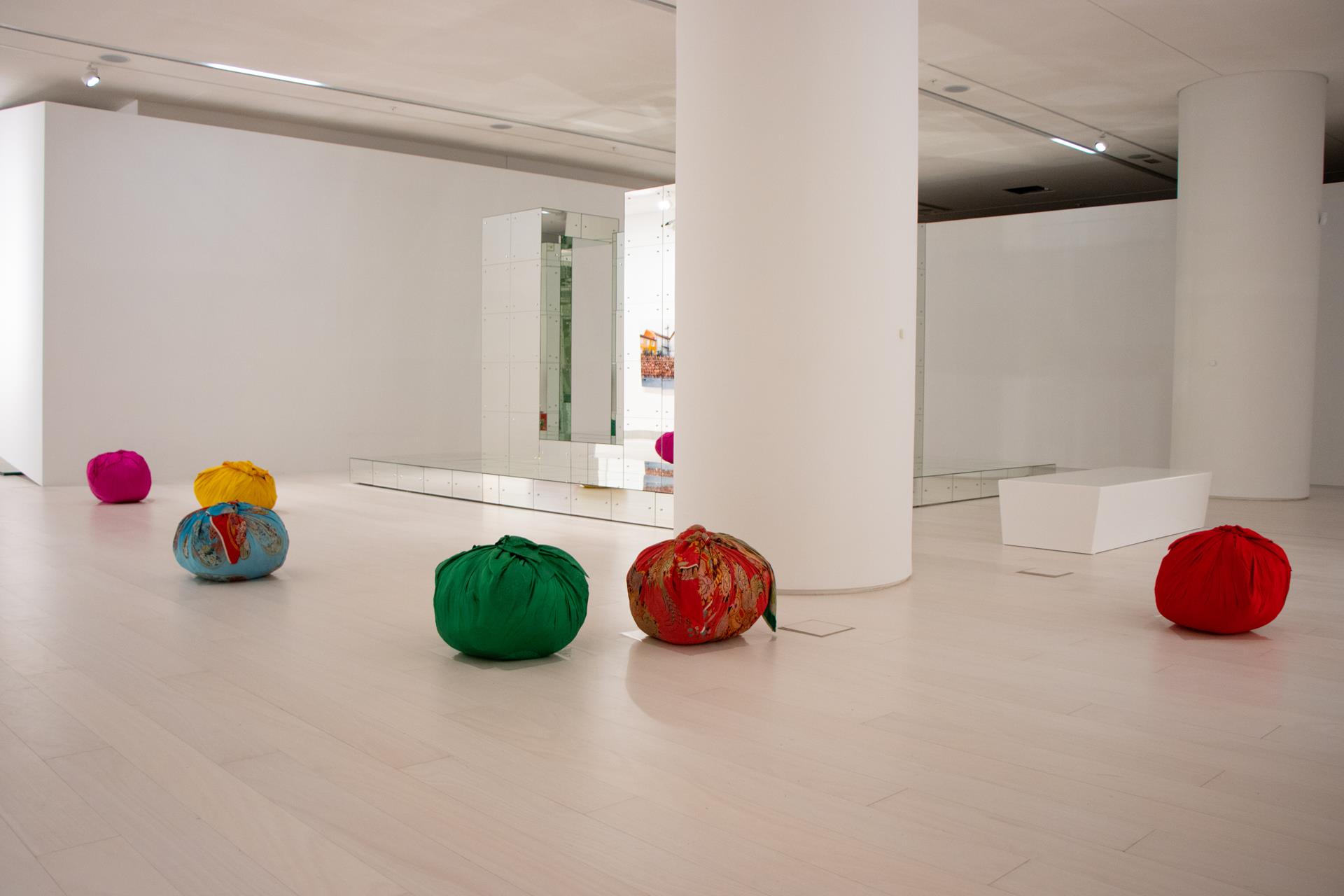 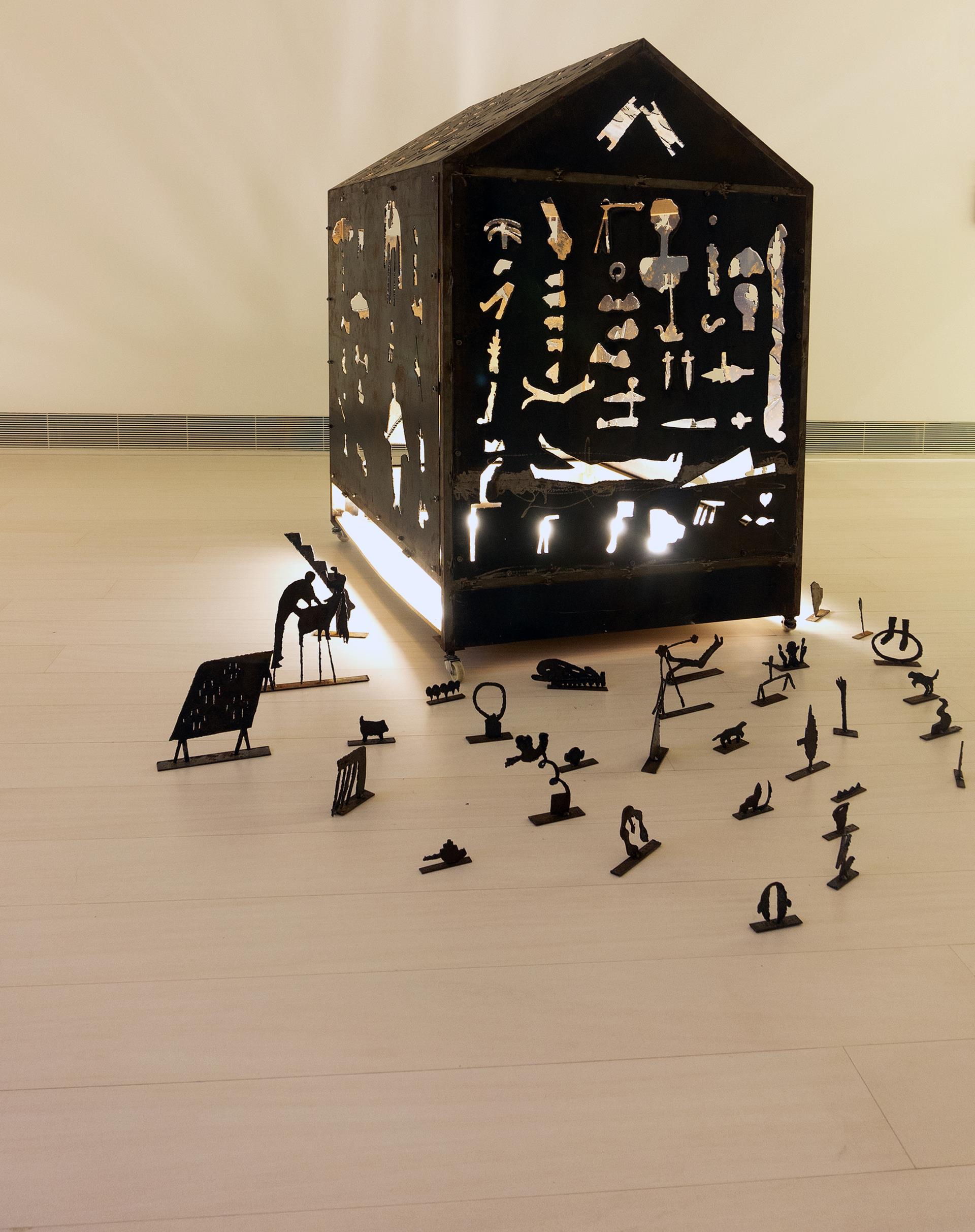 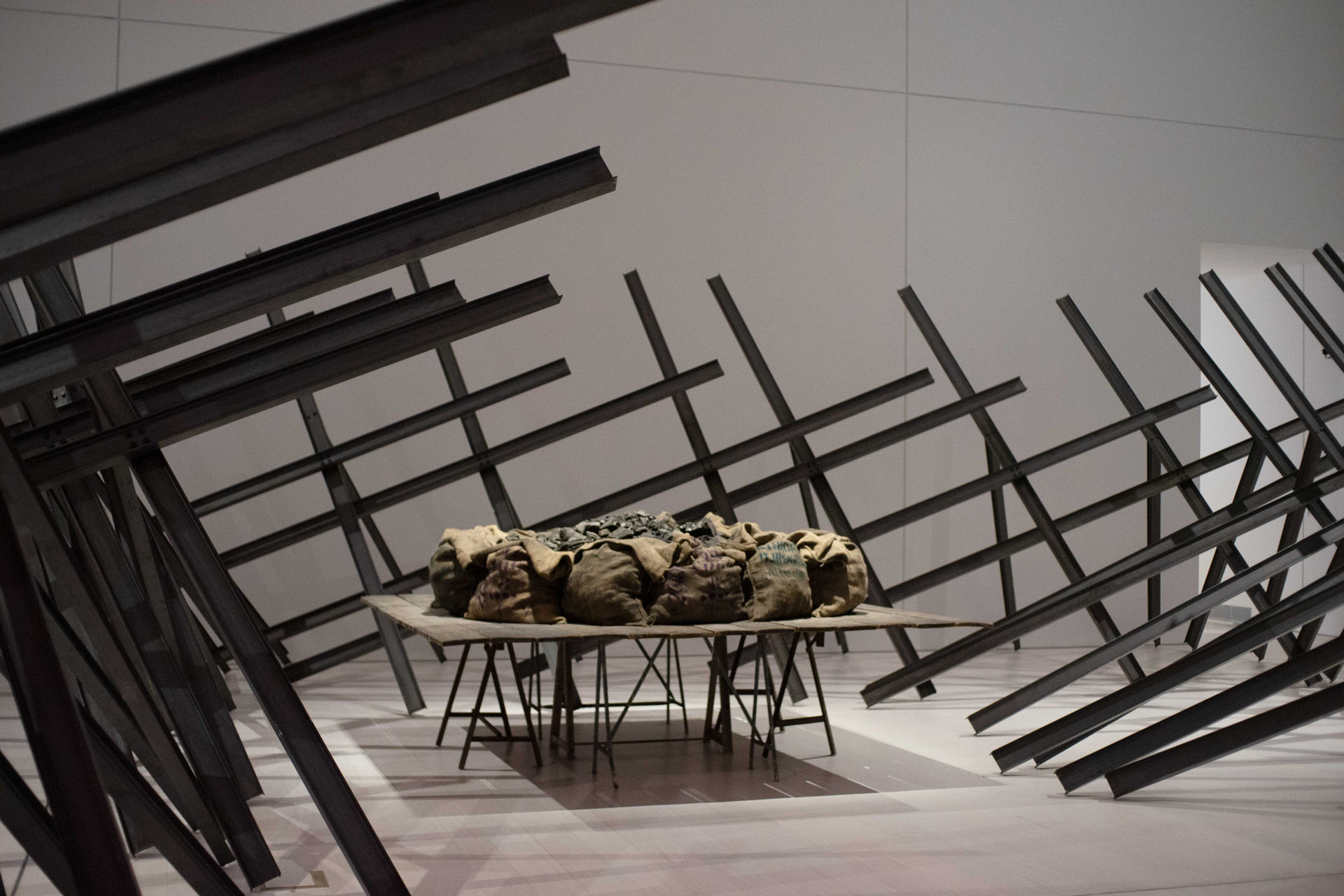 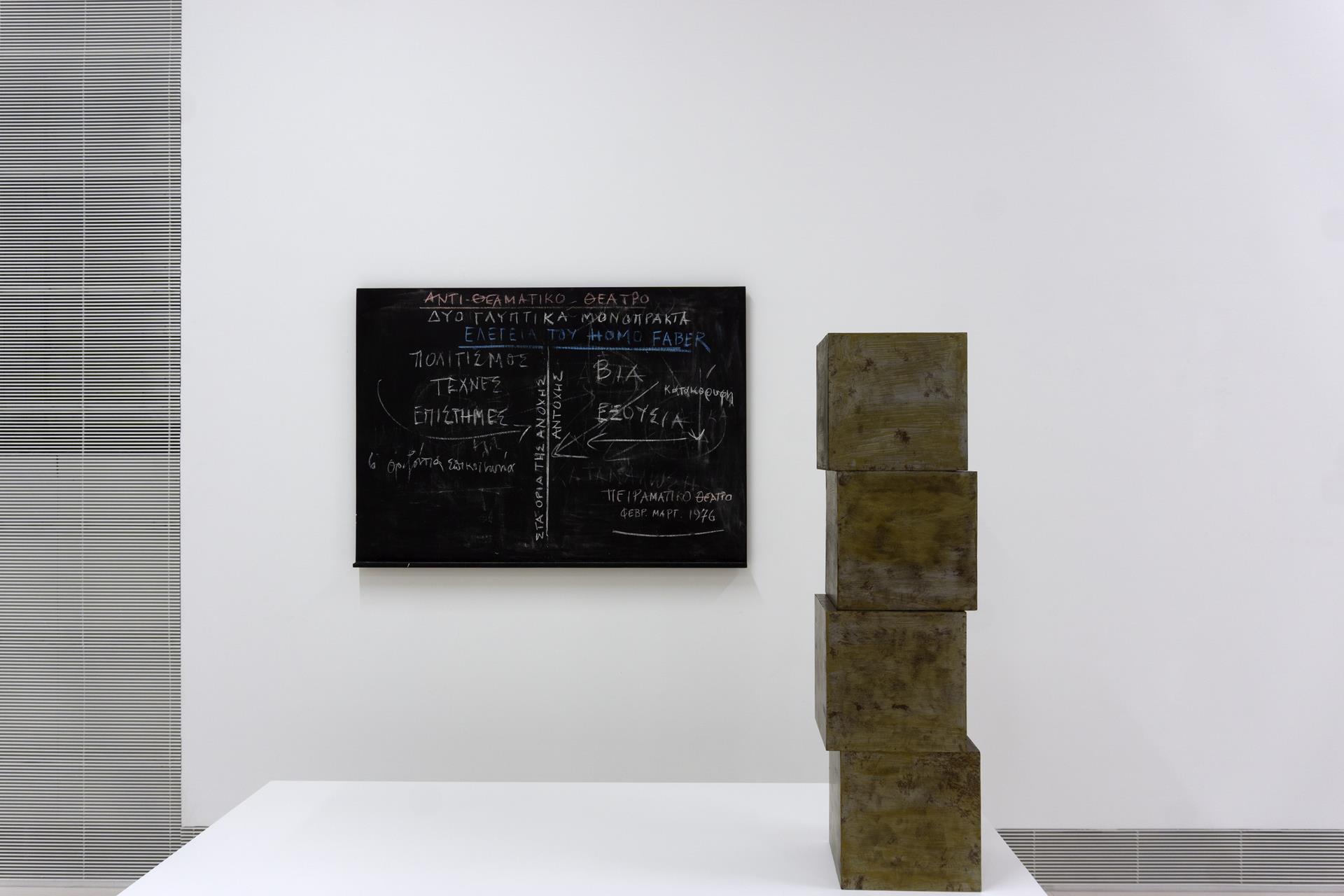 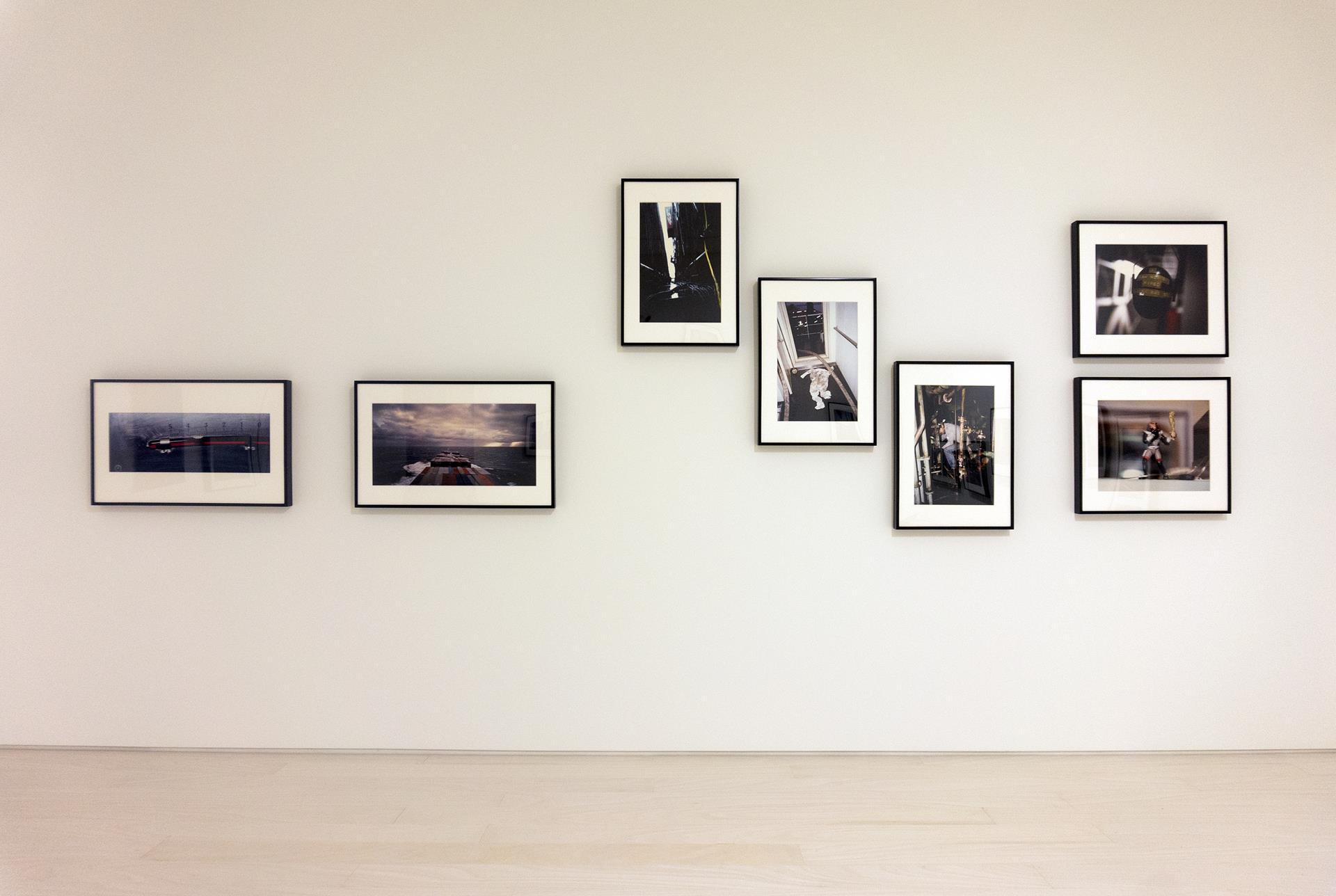 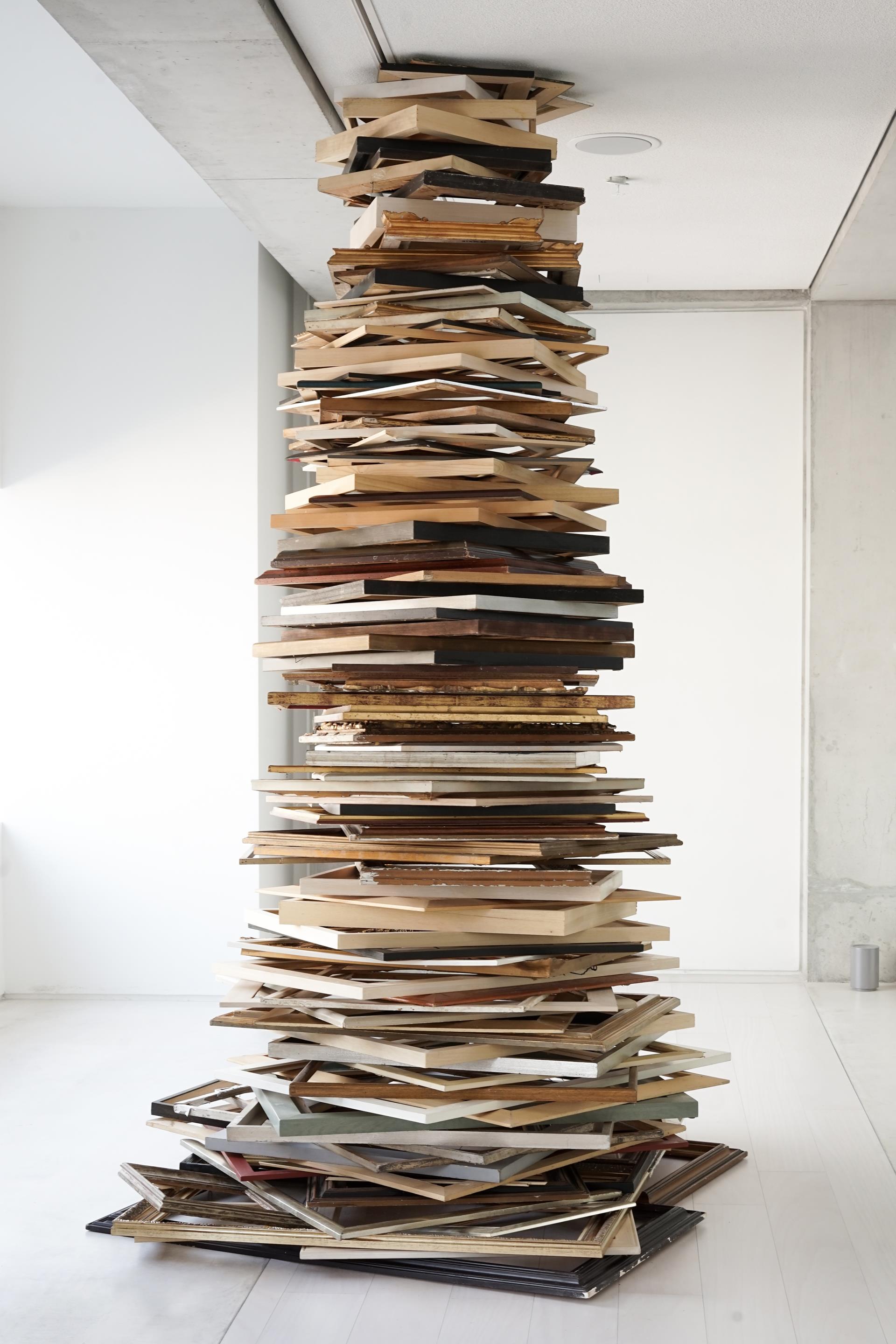 The Boat of my Life

An installation by Russian-American conceptual artist Ilya Kabakov consisting of a wooden fence and boat with stairways at either end. Visitors can climb the stairs and walk across the boat, which is filled with 25 boxes containing photographs, texts and other memorabilia that depict the journey of the artist’s life (he was born to Jewish parents in Ukraine when it was part of the USSR, evacuated during the Nazi occupation and worked in Moscow before moving to America in the 1980s). The last box is empty, representing a person’s final voyage as nothing but a soul entering the next world.

This installation was created by Bethlehem-born Emily Jacir as a memorial to the 418 Palestinian villages destroyed, depopulated and occupied by Israel in 1948. Jacir conceived and created the work during a residency in New York in 2001. It fits into her investigation of historical narratives dealing with sociopolitical issues such as the movement and displacement of populations, borders and boundaries, and in particular with themes of loss and resistance. The names of 418 villages are embroidered onto the tent.

This mixed media installation by Beirut-born Mona Hatoum consists of items found on the premises of the Fix brewery (such as rusty fixtures and furnishings, shelf units, lockers and cables). It is part of the artist’s exploration of space and matter (as well as systems of social control, confinement, displacement, subversion and disorientation) through the preservation of the memory of an industrial urban landscape in decline. Within the 6mx10m installation, light bulbs flicker behind a wire mesh, producing buzzing or screeching sounds and generating an impression of dysfunction and a sense of anxiety. The effect is designed to trigger contradictory emotions and readings.

A monumental installation by Greek-Italian Jannis Kounellis created for the museum as part of the artist’s theme of exploring the “alienation of contemporary society by juxtaposing industrial materials and urban mass culture with symbols and values of a pre-industrial world”. It consists of multiple cross-shaped diagonal black metal rails leaning towards the ground, with the crosses arranged in a circular pattern in the middle of which stands a table loaded with bags of charcoal. The table is designed to resemble a sacrificial altar.

A work by South African artist Kendell Geers, also commissioned by the museum. The artist was born into a white South African family but was involved in the anti-apartheid movement, and his work explores issues of racial segregation, suppression, exploitation, racism and violence. This large-scale installation is inspired by the Parthenon, with rolls of barbed wire on steel shelves depicting the columns of the temple. The space is designed to resemble a military equipment warehouse.

Group
Athens' street art scene is one of Europe’s hottest, home to local and international street artists alike. Join us in this alternative art tour with...
Group
From the Acropolis to Omonia Square, with the half-day city and Acropolis museum tour you'll see all the impressive sites of ancient and modern Athens....
EXPLORE ALL

Athens
from 83.6 €
BOOK NOW
VIEW ALL
Book your trip

How do you get to the National Museum of Contemporary Art in Athens?

What are the opening times and how much are tickets?

What is the best time to visit Athens?

How much time do you need to visit the museum?

Please help us preserve the magic of the artwork on display for future generations by following all the basic rules of visiting museums. 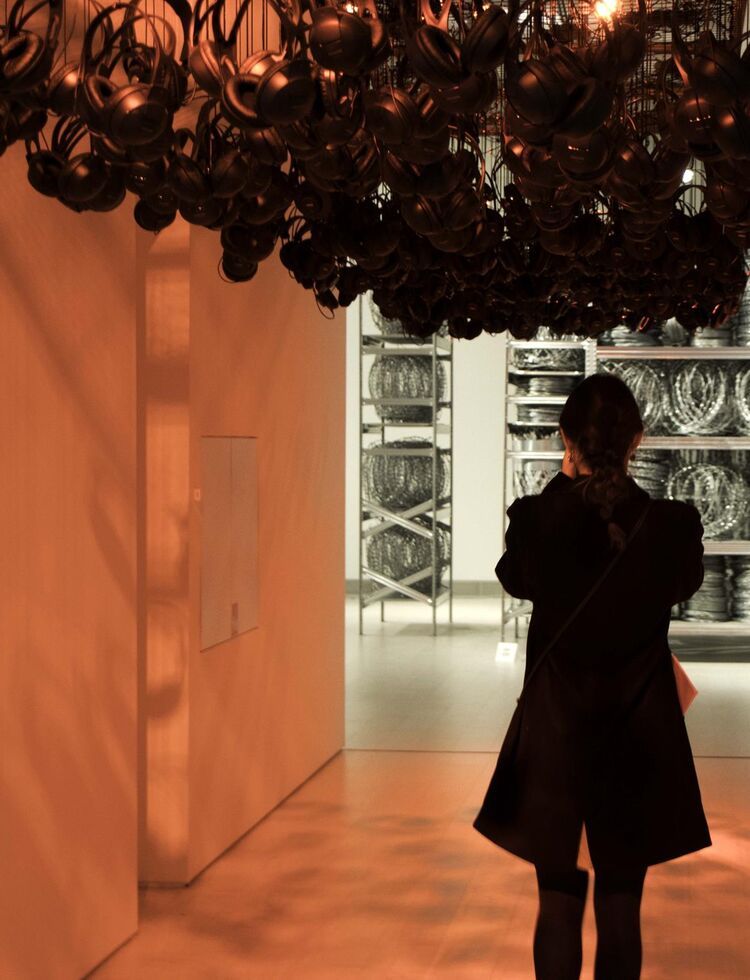 Refrain from touching any of the artwork. The fingers’ natural oils can be extremely damaging.
Use the bins provided or, if need be, take your rubbish with you.
If there’s a ‘No flash photography’ sign, please respect it. It’s to protect the exhibits.
Use a refillable water bottle to try to minimise your use of plastic.
No pets (other than guide dogs) are allowed in cultural sites and museums.
Read More Read Less
DESTINATION

EXPERIENCE
A tour of the Archaeological Museum of Chania