Where to celebrate Easter in Athens

Although Greeks typically head to their home village for Easter, many also celebrate the most solemn holy day in the Orthodox calendar in the city

Athenian churches lose nothing in comparison with those of the Greek countryside, the majority boasting a rich heritage and great architectural beauty, of which the city is justly proud.

Just a short away from Evangelismos metro station lies the picturesque chapel of Agios Georgios, at the top of Lycabettus Hill. The ascent on the paved street is all part of the ritual, as for a few moments the anonymity of the metropolis disappears and every single person in the procession, candle in hand, becomes united in one sacred purpose: to pass on the message of the resurrection. Whitewashed, as if from an Aegean island, Agios Georgios offers a spectacular experience with dozens of fireworks painting the sky red and a view of the whole of Athens.

In the centre of the square of Agios Georgios, bustling with life for over 60 years, lies best processions of the Holy Bier in the city. The Bier is escorted by a Greek naval contingent, while Themistoklis Polykratis’ vocal quartet will introduce you in its own inimitable and very moving style to the hymns (as it has done for more than 120 years) of the Week of Passions.

The church of Agia Irini (which has lent its name to the Athens’ famous lively square with bars, cafes and restaurants) was the former diocesan church of Athens. It is a regular favourite among the Athenian faithful, as it is here that one can listen to the world-renowned Greek Byzantine choir.

Kapnikarea is a landmark of Ermou Street and a meeting point for Athenians. The low wall around the churchyard makes an ideal place to rest for weary shoppers traipsing up and down the longest commercial street of the city. Though small, it is one of the prime choices for celebrating the Resurrection in Athens. It dates to the 11th century and, if you do visit it during the holidays, don’t forget to look at the impressive murals painted by Fotis Kondoglou, which enhance the feeling of reverence that these solemn days bring.

Also known as the Russian church of Athens, Agia Triada in Filellinon Street is a meeting point for the people who moved to the city after the fall of the Soviet Union. On Holy Saturday the service is held in Russian and the faithful arrive with baskets filled with Easter delicacies so the priest can bless them, while at the same time blessed eggs from the basket kept in the sanctum are offered to the congregation. The icons in the temple are draped with decorative cloth throughout the Holy Week. 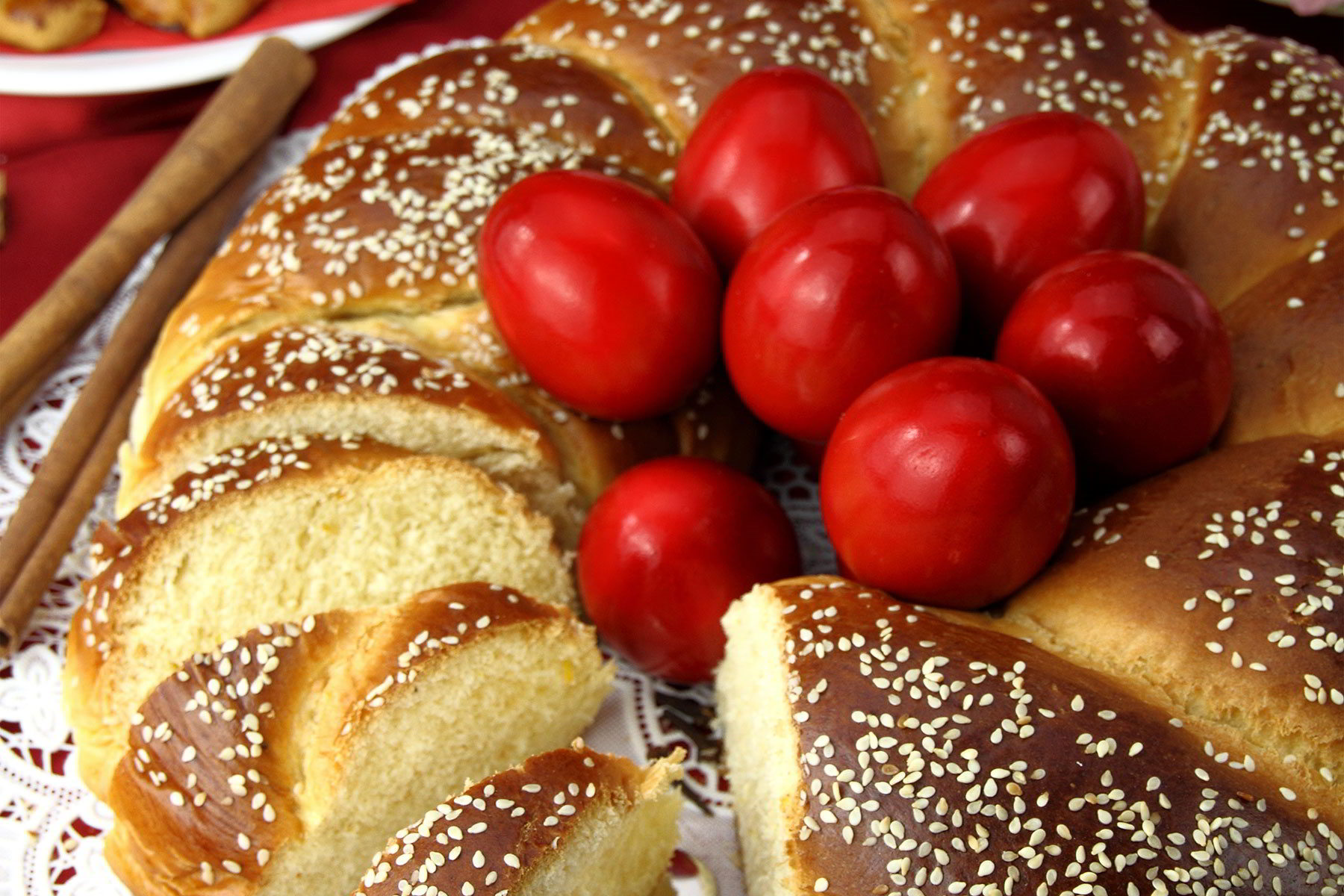 The Ethiopian Church, at Polygono

This church, the only one of its kind in the city, is in Bohali Street and offers an original spectacle on Easter Sunday. To enter the Ethiopian Coptic Temple, you must take off your shoes. Also according to custom, Copts are dressed in white, so do not hesitate to wear something in keeping with the occasion. After the Easter bells ring, there is a celebration accompanied by the sound of drums and various other percussion instruments, while the choir recall moments from the life of Christ with a great sense of drama and reverence.

The Armenian Church at number 10 Kriezi Street is another alternative for Easter Sunday. However, the ideal day to visit is Good Friday since the service is accompanied by the solemn melodies of the church organ.  You have to be lucky (as it doesn’t happen every year),  but there is an opportunity to attend the common prayer – both in Greek and Armenian – together with three more parish church congregations which meet during the Holy Bier procession.

Situated in one of the most beautiful and picturesque districts of the centre, a visit can combine church-going and worship with a stroll to take in the sights. The church itself is in Erehtheos Street and the Holy Light arrives there first before it makes its way to the Diocesan Church. If you are not a fan of fireworks, perhaps this is the best place for you as the Easter celebration here is a little less pyrotechnic.

This church is a bit further away, in the Anafiotika district (under the Acropolis), between Pritaniou and Epimarhou Streets. Its historic bell, displayed in the temple’s vestibule, was the first to ring in 1833 after the country became independent from the Ottoman Empire and many Orthodox psalm lovers gather there on Holy Tuesday to listen to the melodic Hymn of Kassiani.

Finally, the cosmopolitan Kolonaki church, with its marvellous courtyard, throngs with people during the holy days of Easter. It is one of the churches of Athens with a more modernised approach to the faith as information and timetables concerning services and devotions are available to the public on its official website.