The island that hides its secrets in plain sight 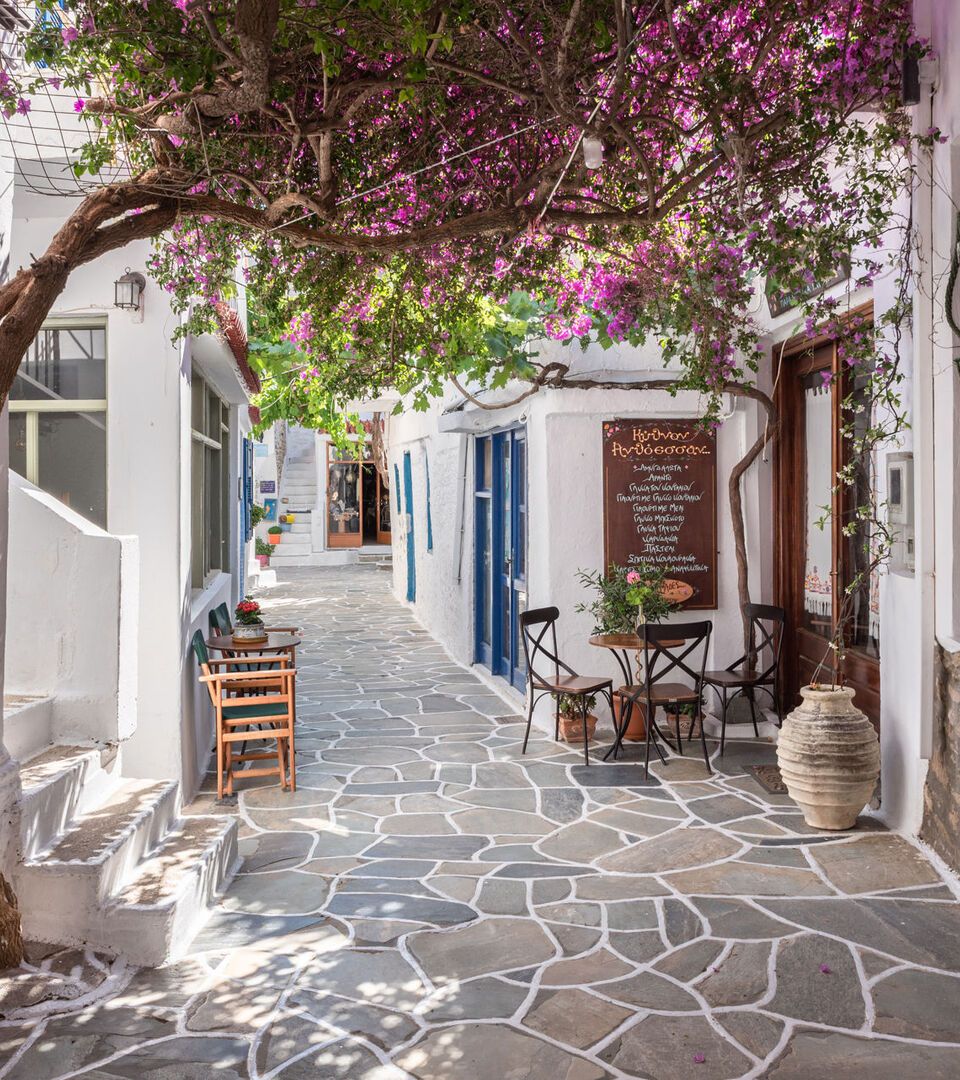 By Stef Greece
Today
13°
TUE
14°
WED
15°
THU
16°
FRI
15°
Kythnos is an island in the Cyclades with a landscape that will seduce you, with colours and scents of the Aegean and stories that sweetly mix legend and myth with history

Once you get to know Kythnos, you will realise why its name is derived from the ancient Greek verb “keftho”, which means “hide”. There is so much hidden beauty and authentic Aegean character on Kythnos, even though it’s just a short hop by ferry from Athens.

Kythnos is an island on which picturesque Cycladic villages boast narrow streets of cobbled stone and gardens full of flowers. Chapels emerge from rocky headlands and forest glades and a sprawling coastline reveals a hundred bays and coves, all suitable for swimming. Meanwhile, caves make the ideal hideouts for fairies and elves and castles stand in sturdy defiance of enemy onslaught!

And then there are the aromas of oregano and thyme, windmills put to task by the Aegean winds and lonely lighthouses whose light imparts a sense of safety and hope. This is Kythnos, a living fairy tale inviting you to experience it together with its hospitable residents, an island ready to fall in love with.

Feel the calming pace of everyday life in Hora

Hora, otherwise known as Messaria, is the capital of Kythnos, built on a hilly ridge along which houses unfold. Walk along the maze-like footpaths, under ornate arches and flanked by whitewashed houses, all huddled together. Around every corner, you will see paintings by local residents depicting many aspects of island life. Feel the calm pace of everyday life on Kythnos among churches, windmills, fountains and small squares.

Head to the therapeutic waters of Loutra’s thermal springs

The area on the northeast side of Kythnos is well known for its thermal springs, frequented by King Otto and Queen Amalia back in the 19th century. Today, there is a hydrotherapy centre with organised facilities. The therapeutic waters, rich in salts, sulphur and iron, offer a warm bathing experience.

Quiet, far from the sea and its winds, this little hamlet on Kythnos lends itself to leisurely strolls. You will be impressed by the originality of the houses, all of which have tiled roofs, probably remnants of the village’s tradition in ceramics. The Piazza, the town’s only square, is where you will enjoy a coffee. And you’ll love walking up to the neighbourhoods of Galatas and Pera Rouga.

Enjoy a double doses of heaven on Kolona beach

When nature is in the right mood, the results are places like Kolona beach. A narrow strip of heavenly sand is surrounded by the sea, creating two independent beaches. The deep blue, limpid waters and the uniqueness of the landscape justify its description as Kythnos best beach and one of the most beautiful in the Aegean.

Join the celebrations in the Monastery of Panagia Kanala

In the only area on Kythnos with pine trees, perched on a rock, lies the Monastery of Panagia Kanala, named after the patron saint of the island and one of the most important pilgrimage sites in the Cyclades. The miraculous icon of the Holy Virgin, allegedly a creation of Saint Luke, is kept here. Legend has it that the icon was found by fishermen on a starry night in the straits between Kythnos and Serifos. On August 15 each year, there is a big celebration with a procession and re-enactment of the discovery of the Blessed Virgin’s icon.

Visit the legendary Monastery of Panagia of Nikous

Only 800m away from the Hora of Kythnos lies a monastery whose main church still stands resplendent in its island style, with curved and whitewashed walls. Legend tells that it was to here that the icon of Panagia Nikopios was transported from Constantinople, later stolen by the Venetians and today situated in Saint Mark’s Basilica in Venice. On August 15th every year, there is a big celebration followed by a great feast.

The castle of Oria

On the Katakefalos elevation, where the capital of Kythnos used to be, there are remnants of houses and two churches of the citadel that prospered during the Venetian occupation. It is thought to be the legendary Castle of Oria, which withstood the Turkish siege for 12 years and fell because of a traitor who seduced beautiful Oria into opening the gates for him. The view of the Aegean from here is sublime.

The Folk Museum in Driopida is well worth a visit for the local costumes and objects of everyday use from days gone by that are exhibited here.

Visit the church of Agios Minas in Driopida with the carved wood altarpiece, the traditional hand-crafted bishop’s throne and ornate Holy Bier. In Hora, you should also visit the Church of Agios Savvas, dating from 1613, and the Church of Metamorfosis tou Sotira, with its special icon screen, the work of some of the greatest Cretan iconographers.

Experience the best of Kythnos 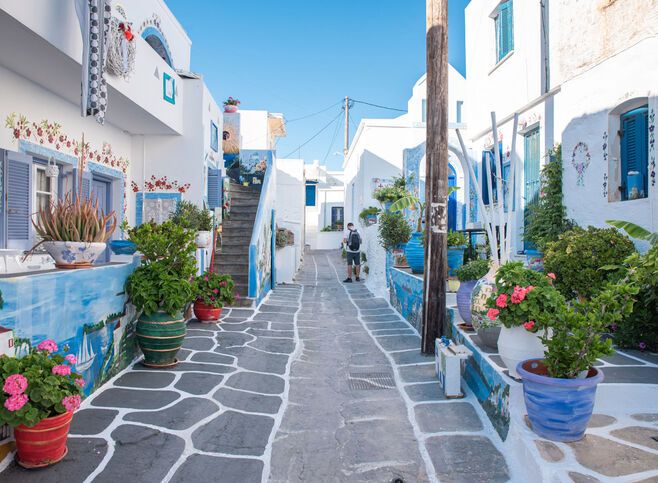 10 best things to do on Kythnos island

Kythnos, the island of simplicity and hospitality, is one of the lesser-known and least explored of the Cyclades isles.