A journey to the heart of history 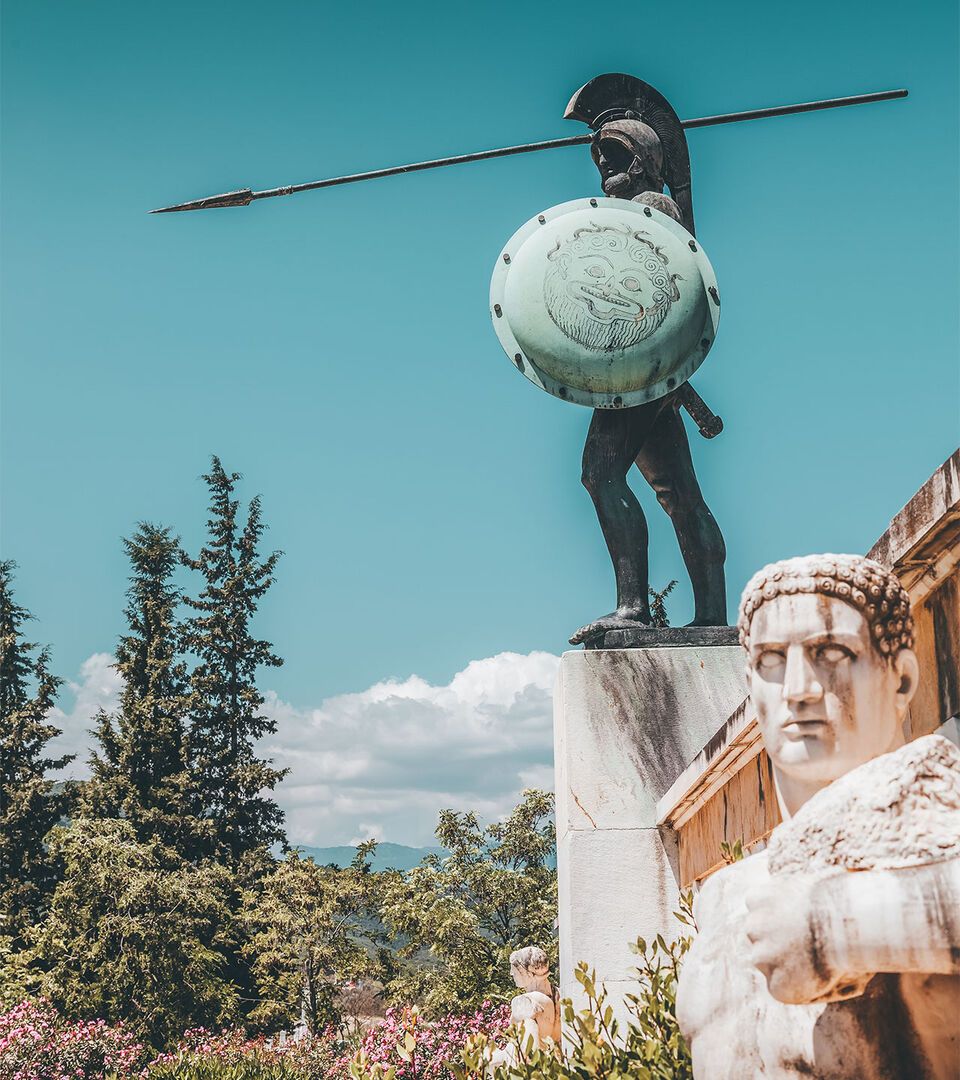 You gaze out over the now serene valley spreading towards the sea in Central Greece. The Spercheios River and the centuries have tamed the landscape and widened it so that the pass is no longer narrow. But in your mind’s eye, you see Leonidas in full armour, ready to attack. Images flash through your mind as you begin hurtling through the history of Ancient Greece. You see the site as it was, a truly narrow pass, with hordes of Persians on the one side and a handful of Greeks on the other. You can almost hear the clash of steel and the screams of the wounded. The real meaning of heroism and the glory of dying for the idea of freedom stand revealed. The power and force of the site’s symbolism move you more than you expect.

What to do in Thermopylae

In the words of the poet

Honour be to those who choose
to devote their lives to guarding Thermopylae; steadfast in their duty;
just and measured in word and deed,
but also merciful and kind;
generous in times of wealth, and in times of hardship,
come what may, giving of their best;
always truthful themselves,
yet without rancour for the deceitful.
And even greater honour be to those
who foresee (and many do)
that Ephialtes will inevitably emerge
and the Barbarians will in the end break through.

The famous Greek poet Constantine Cavafy wrote these words in honour of the heroes of Thermopylae (translation Rania Vasileiadou, July 2017).

The Battle of Thermopylae: A universal history lesson

In antiquity, the pass at Thermopylae, between Mt Kallidromos and the Maliakos Gulf, was the only practical route for large armies to reach southern Greece and thus the site of many a skirmish. The most famous battle occurred in 480 BC, when 300 Spartans under King Leonidas, along with 700 Thespians, delayed the vast army of Xerxes in a legendary last stand, following the betrayal by Ephialtes, who showed the Persians how to outflank the Greek forces.

A monument to the leader of heroes

A monument depicting Leonidas in full armour is found opposite the historic hill of Kolonos, at the central gate of the ancient pass where the final stage of the battle was fought. Mounds of 5th-century bronze and iron spearheads were found at the foot of the hill. In the past, the Athens-Lamia national road ran by here but the new national road requires that you use the exit at Themopyles or Kamena Vourla in order to visit the monument.

The hot springs of Thermopylae

According to mythology, the area’s hot springs were created by Hephestus at Athena’s request, as a gift for Hercules. The modern spa was built in 1935 and the village of Thermopyles (the name means Hot Gates) has developed into an important spa resort in Central Greece.

For those making long journeys up or down the National Highway, Kamena Vourla is a good place to stop for a coffee under the shade of trees next to the sea. For vacationers, it’s a holiday resort offering hot springs, hotels, restaurants and shops. The spa, built at the foot of Mt Knimi, is surrounded by beaches.

Agios Konstandinos: Gateway to the Sporades

This coastal town near Kamena Vourla is the point of departure for ferries to Skiathos, Alonissos, Skopelos and other islands in the northern Aegean. You can have a dip at a nearby beach if you have time.

The Monastery of Metamorfosi Sotiros

Around 4km above the spa town of Kamena Vourla, you’ll find the Monastery of Metamorfosi Sotiros (Transfiguration of the Saviour). Feel the aura of this holy place from the monastery’s balcony and take in the amazing sea view. 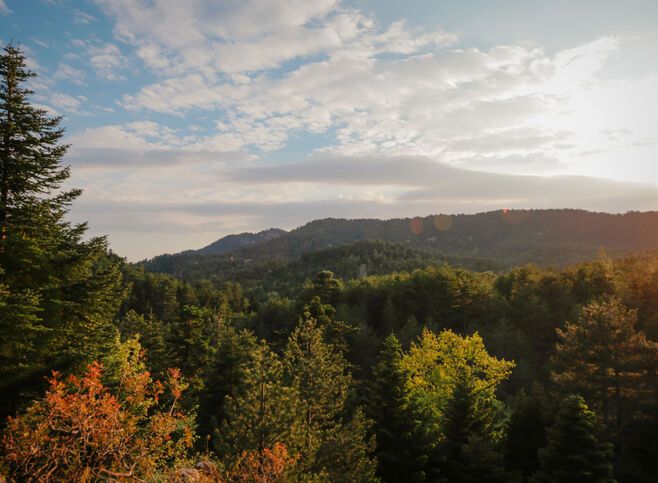 Tap into the life essence of Central Greece

For those seeking a holiday that revitalises in every way, get to the heart of the matter in Central Greece
SEE ALL
REGION