A tour of Spinalonga, Greece’s former leper colony, off Crete

A boat trip to Spinalonga island, in Elounda’s Mirabello Bay, lets you explore not just a 16th-century Venetian fortress but the remains of Greece’s one-time leper colony in yet another example of Crete’s astonishingly diverse history 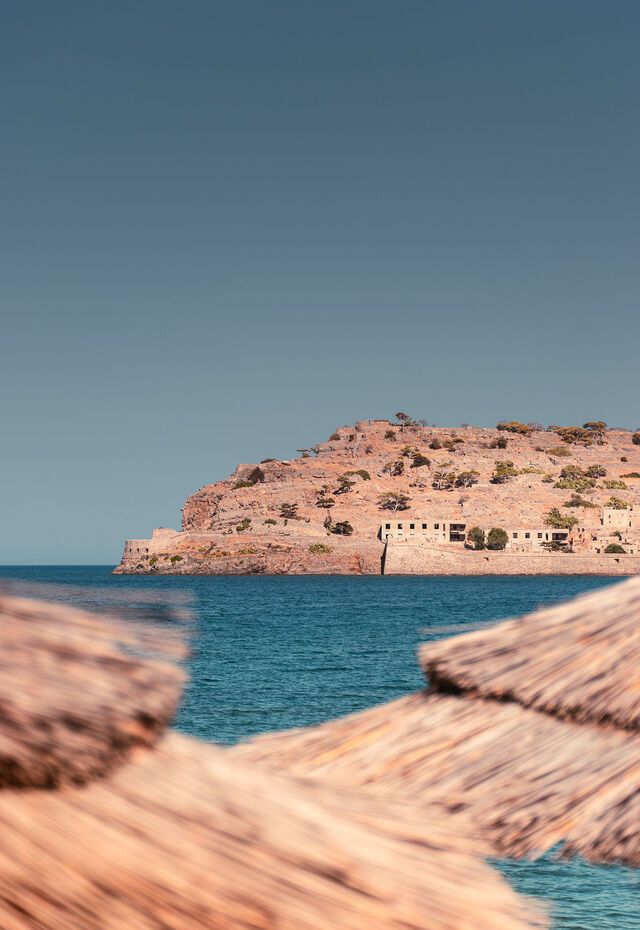 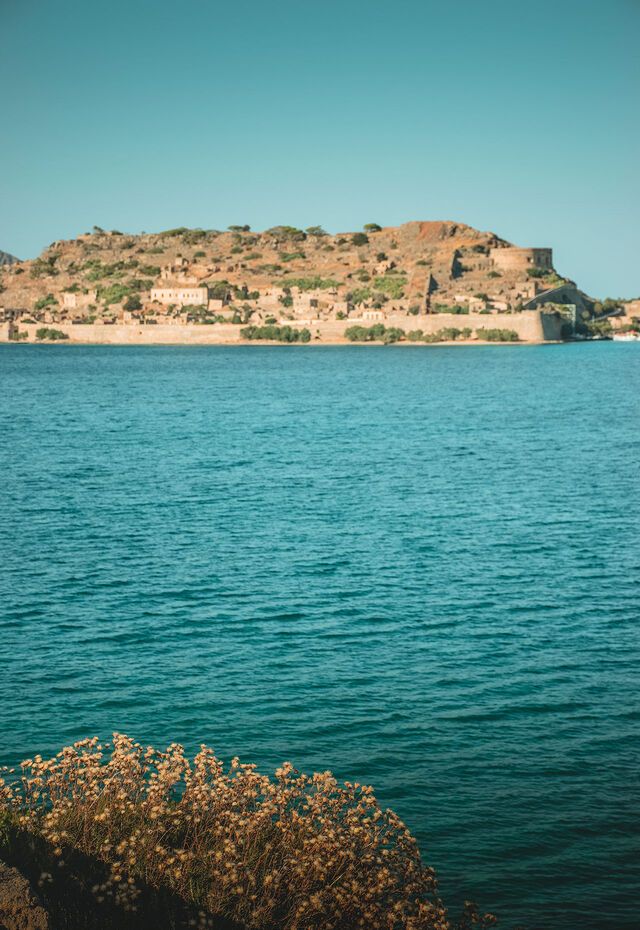 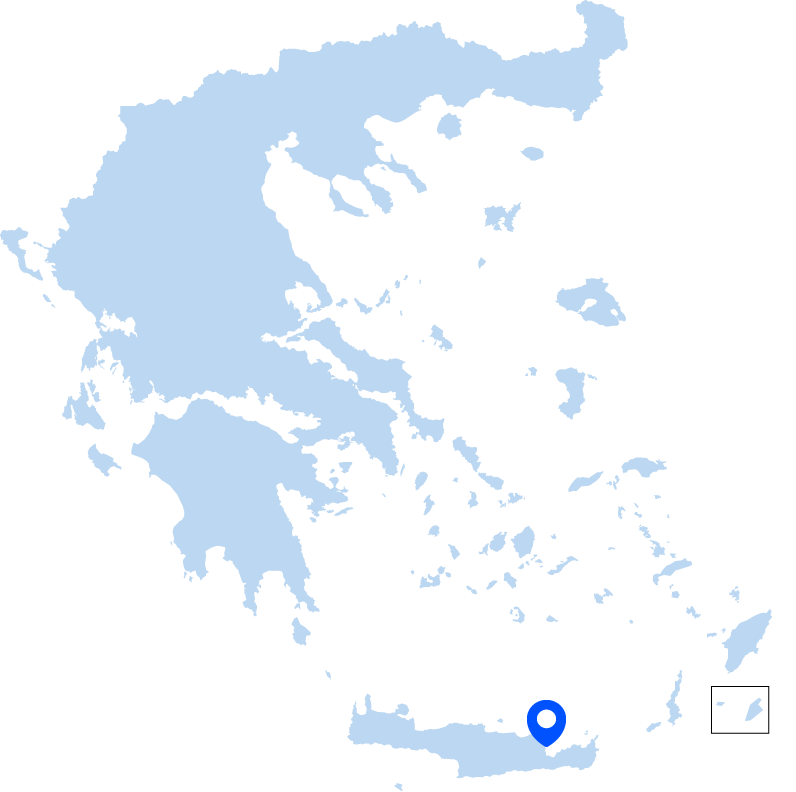 A tour of Spinalonga island in Crete

The tiny, teardrop-shaped island of Spinalonga, just off the southern coast of Crete’s Lassithi region, wasn’t always on the tourist map. Today, taking a boat trip there is a must for any visitor to Elounda.

What you see from the coast are the remains of a 16th-century Venetian fortress, but what makes Spinalonga unique are the ruined houses and buildings of the settlement that was from 1903-1957 Greece’s official leper colony.

Tourists began to discover Spinalonga when boats started making the short crossing there in the 1980s and it went on to gain international recognition as the setting for Victoria Hislop’s best-selling novel, The Island, in 2005, which went on to become a popular local TV dramatisation.

As you arrive in Spinalonga, you’ll immediately be taken aback by the size of the medieval fortification, built to protect the strategically important Bay of Mirabella. The walls appear as impenetrable now as they once were to countless invaders.

You follow a 1.5km path around the island’s perimeter – once, that is, you’ve passed through Dante's Gate, the tunnel that was the entrance to the notorious leper colony. 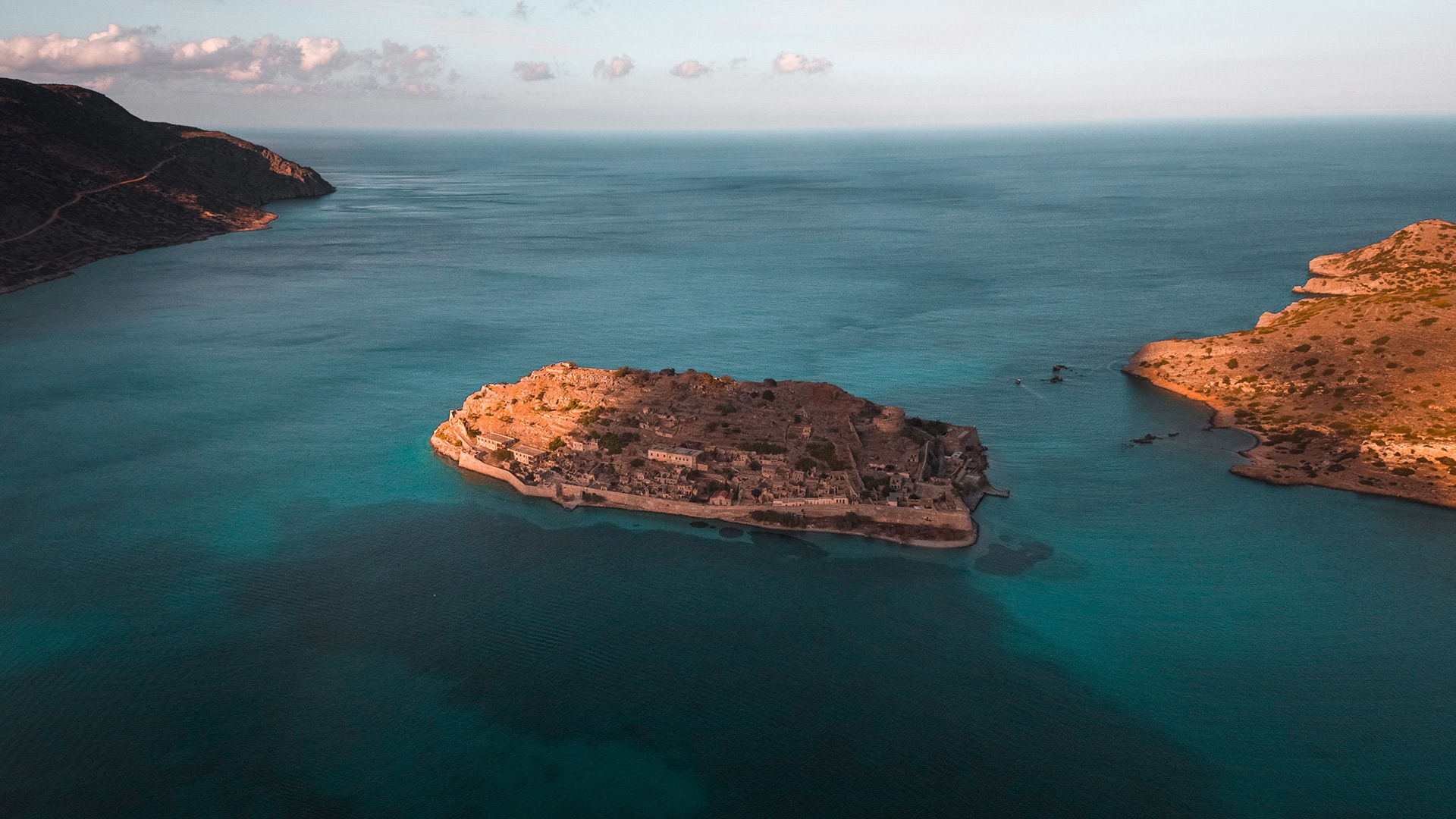 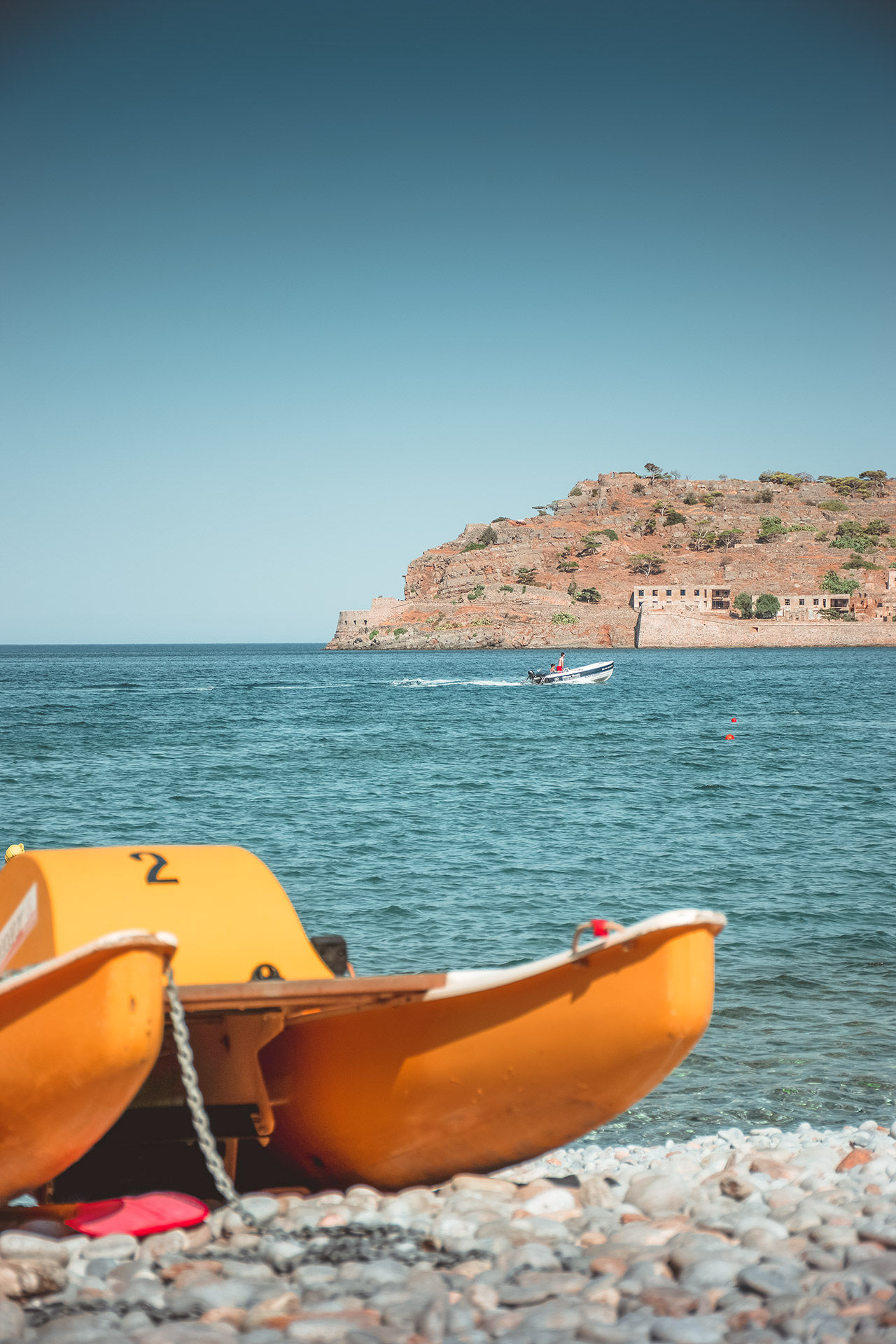 Crossing to Spinalonga takes only 7 minutes from Plaka 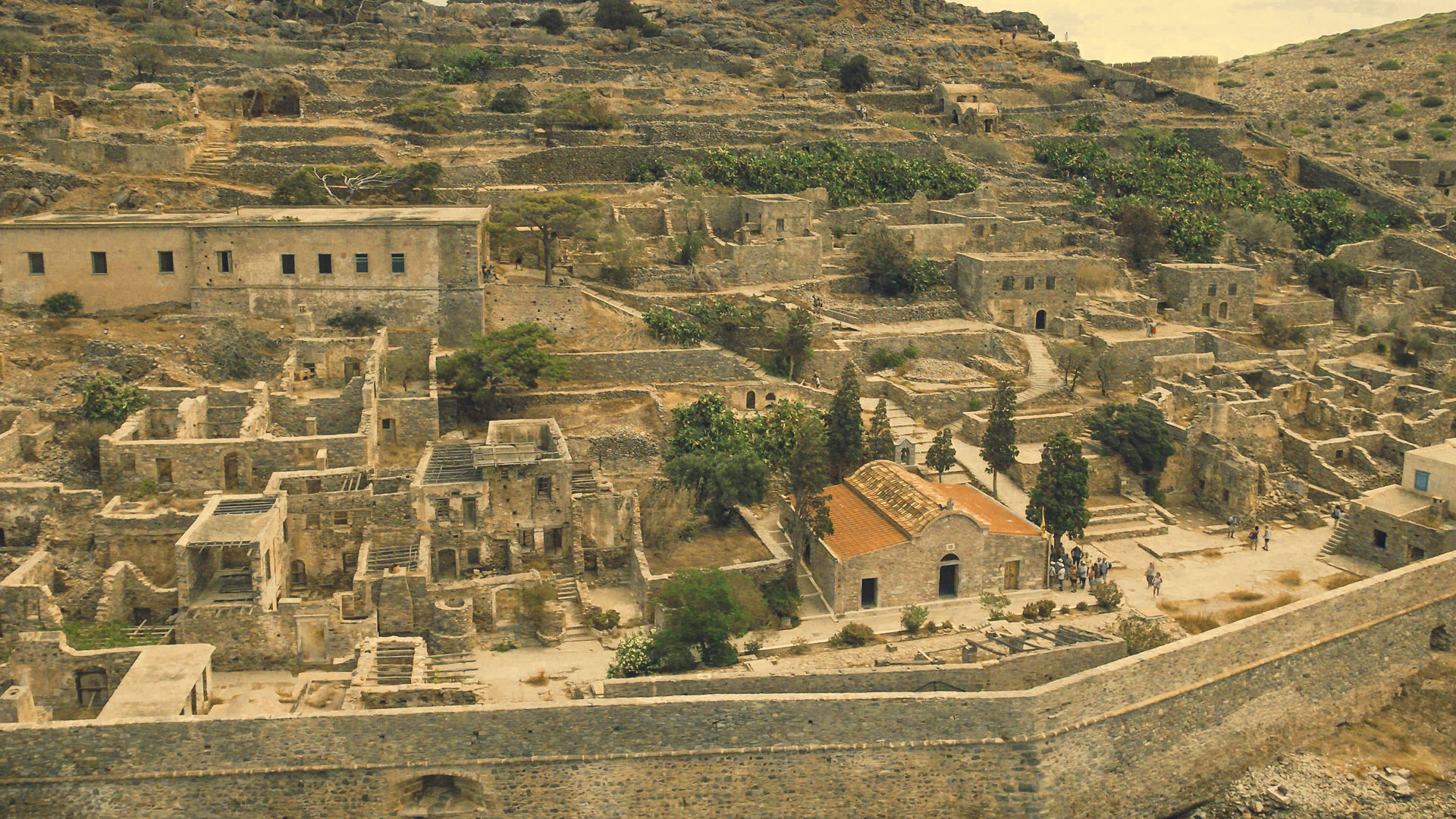 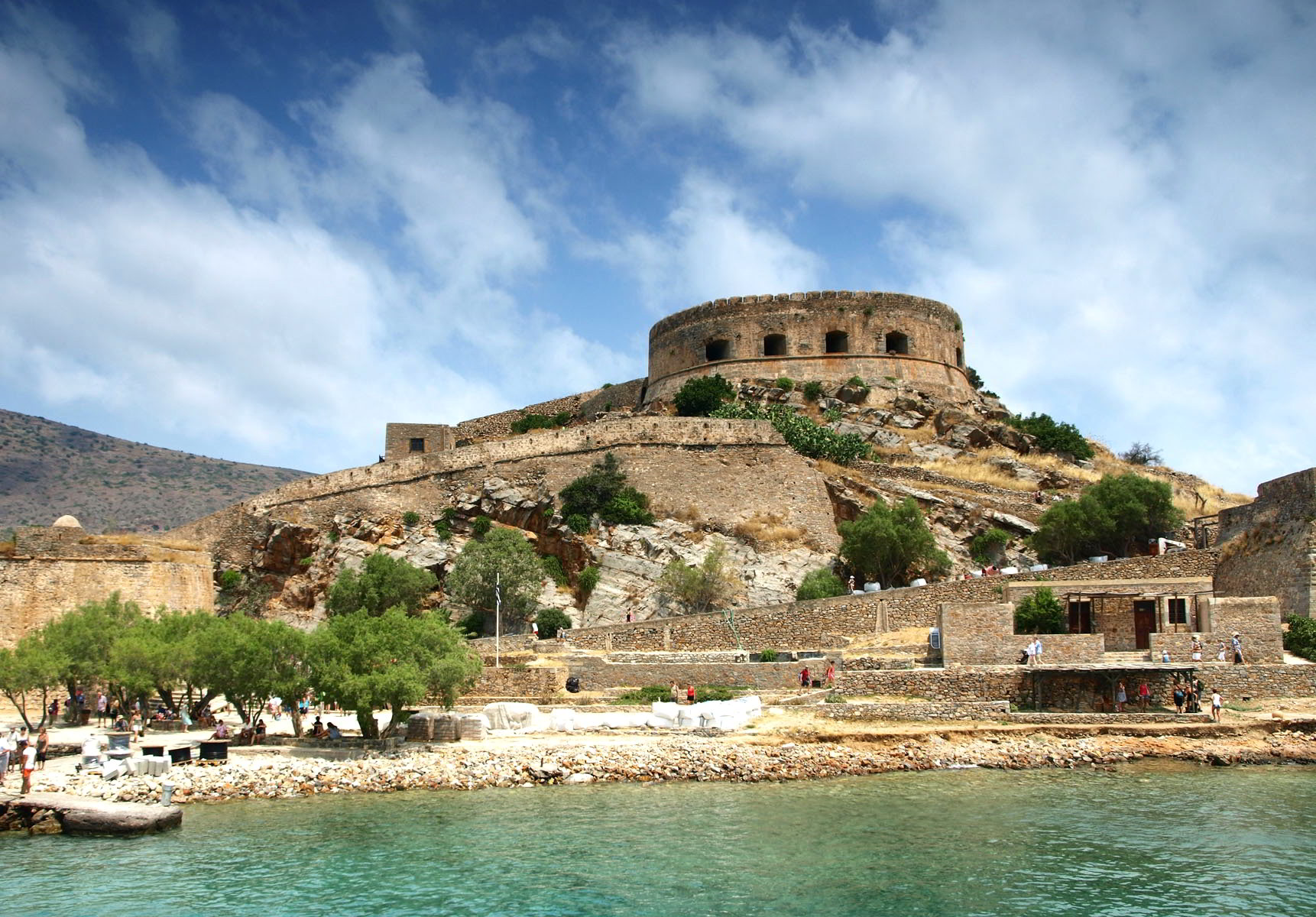 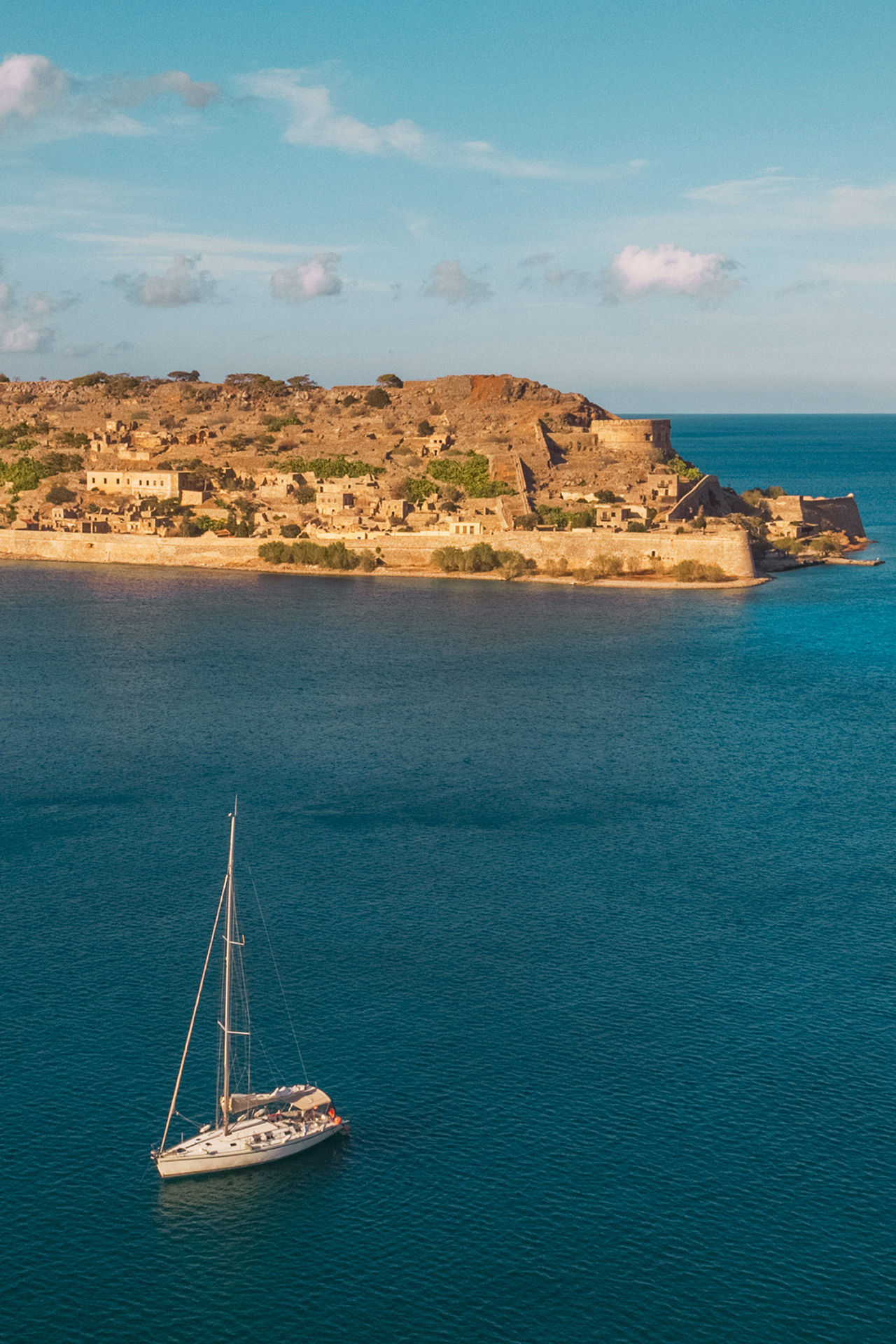 Spinalonga view from above 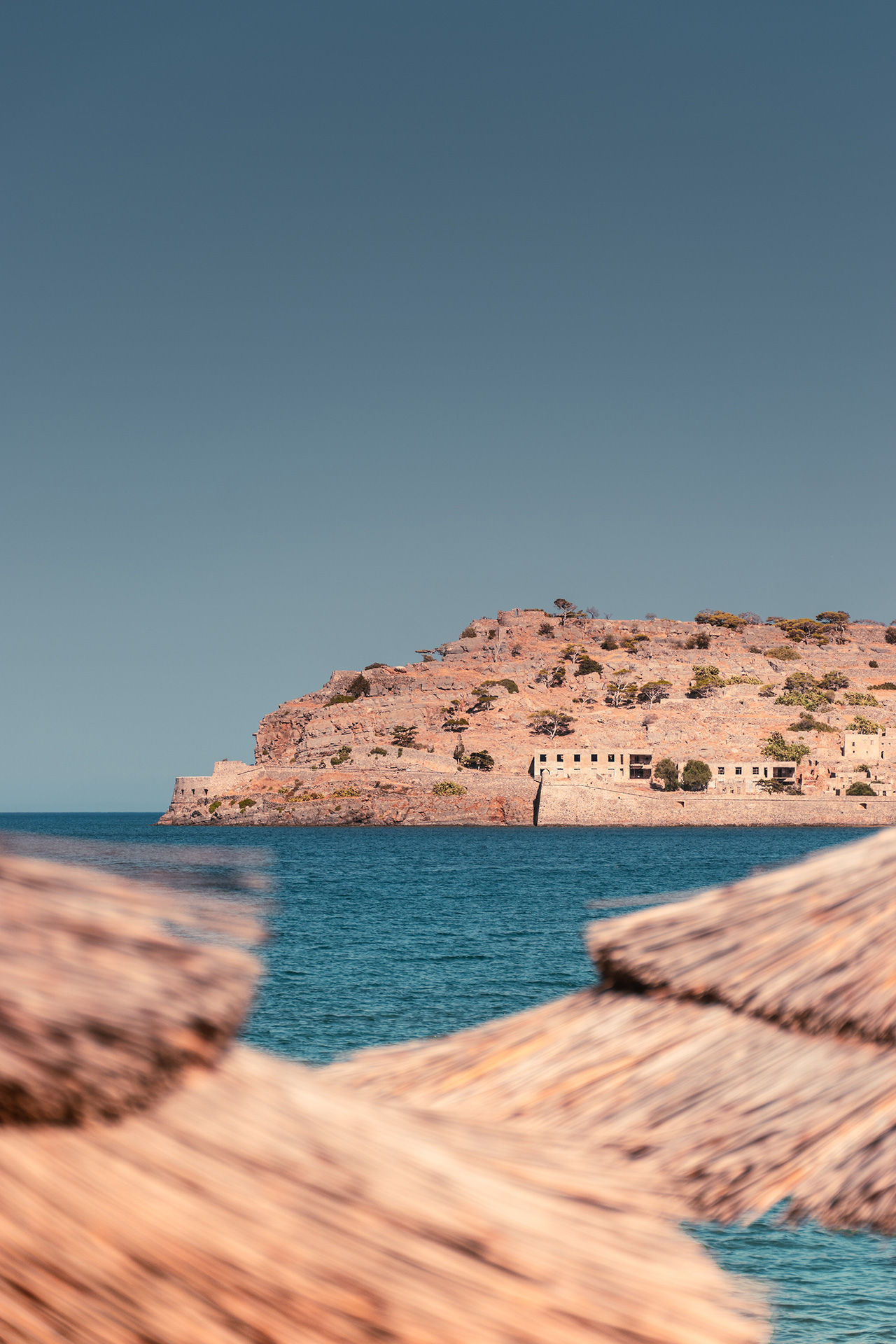 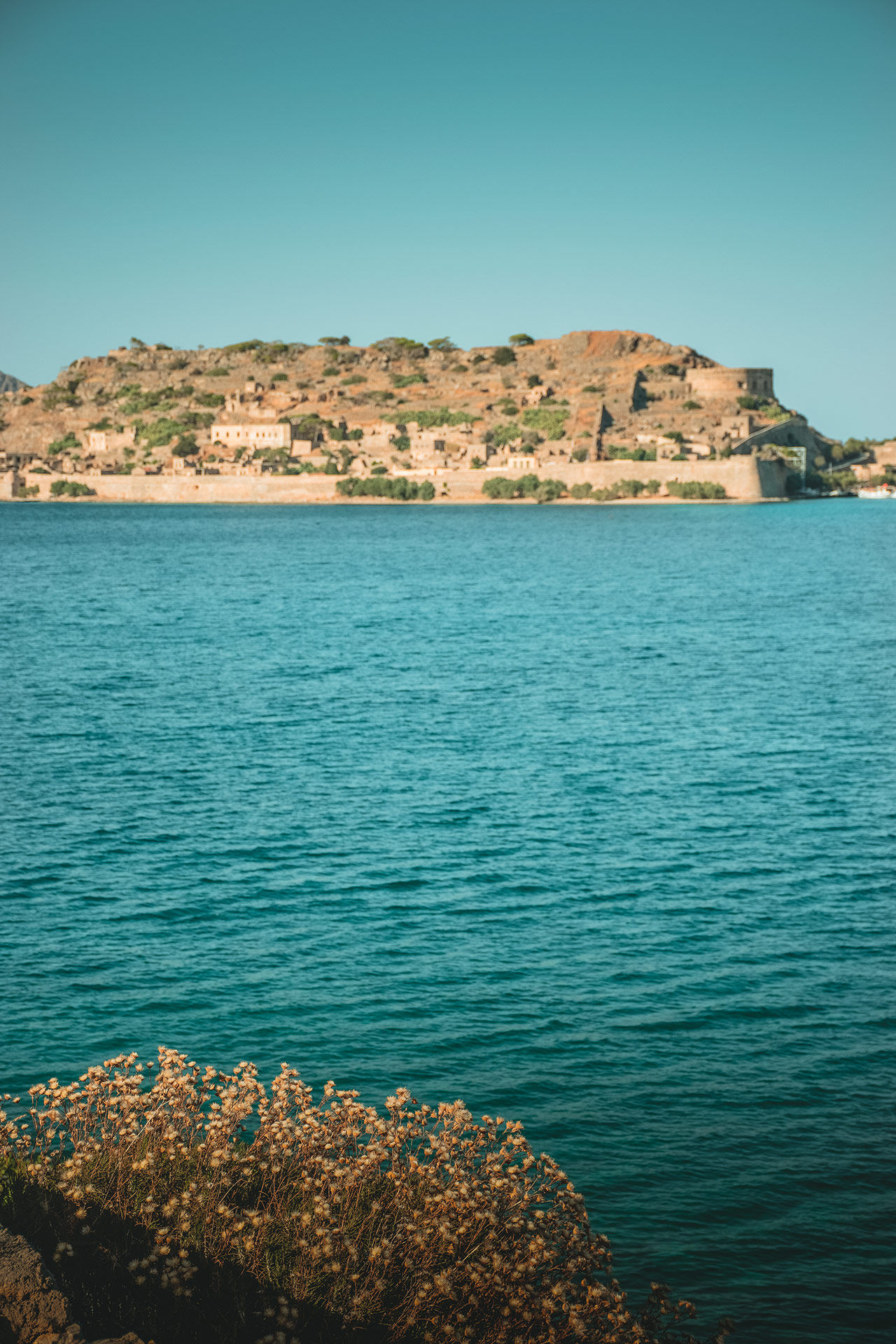 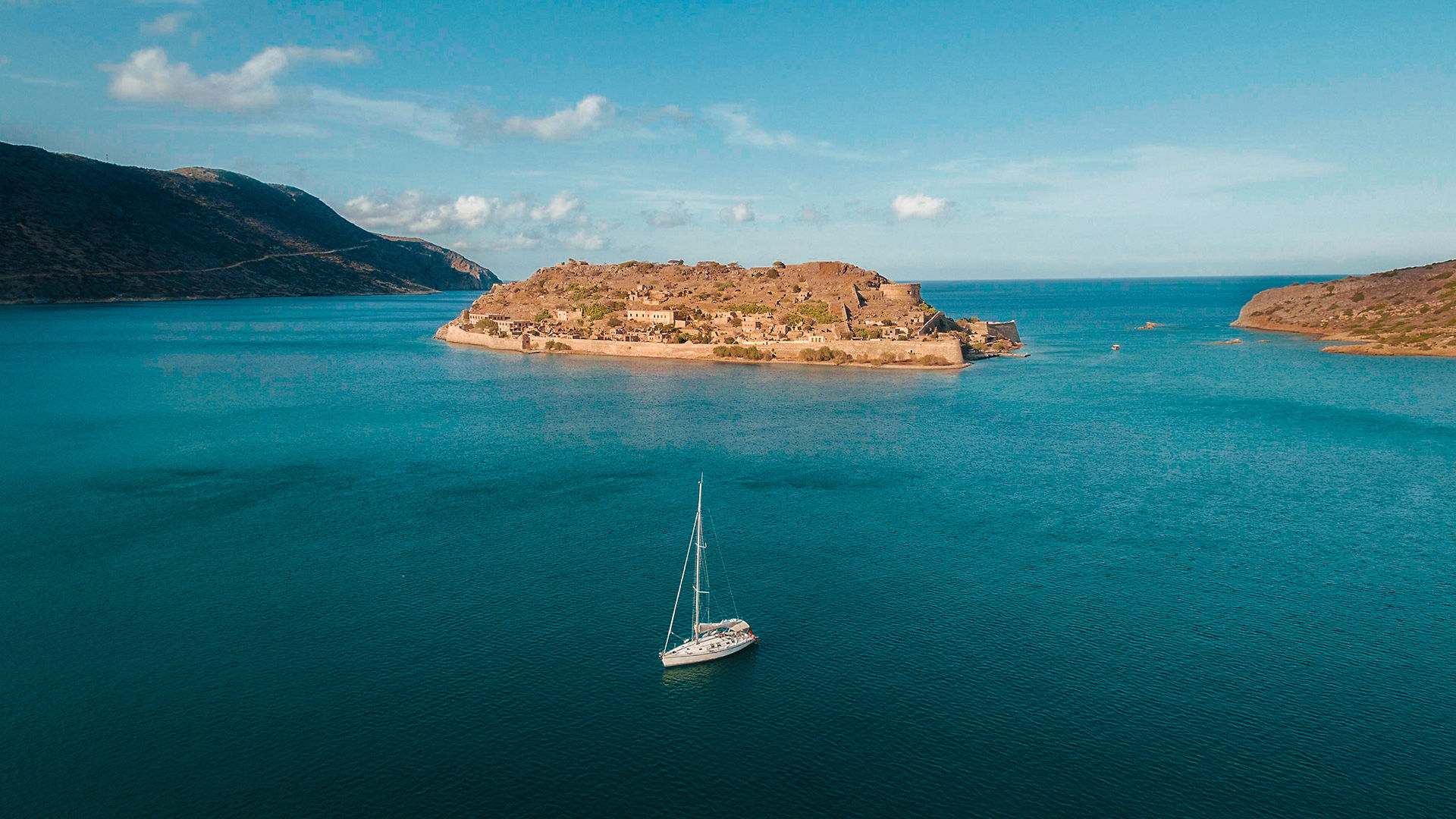 Aerial view of Spinalonga in Crete 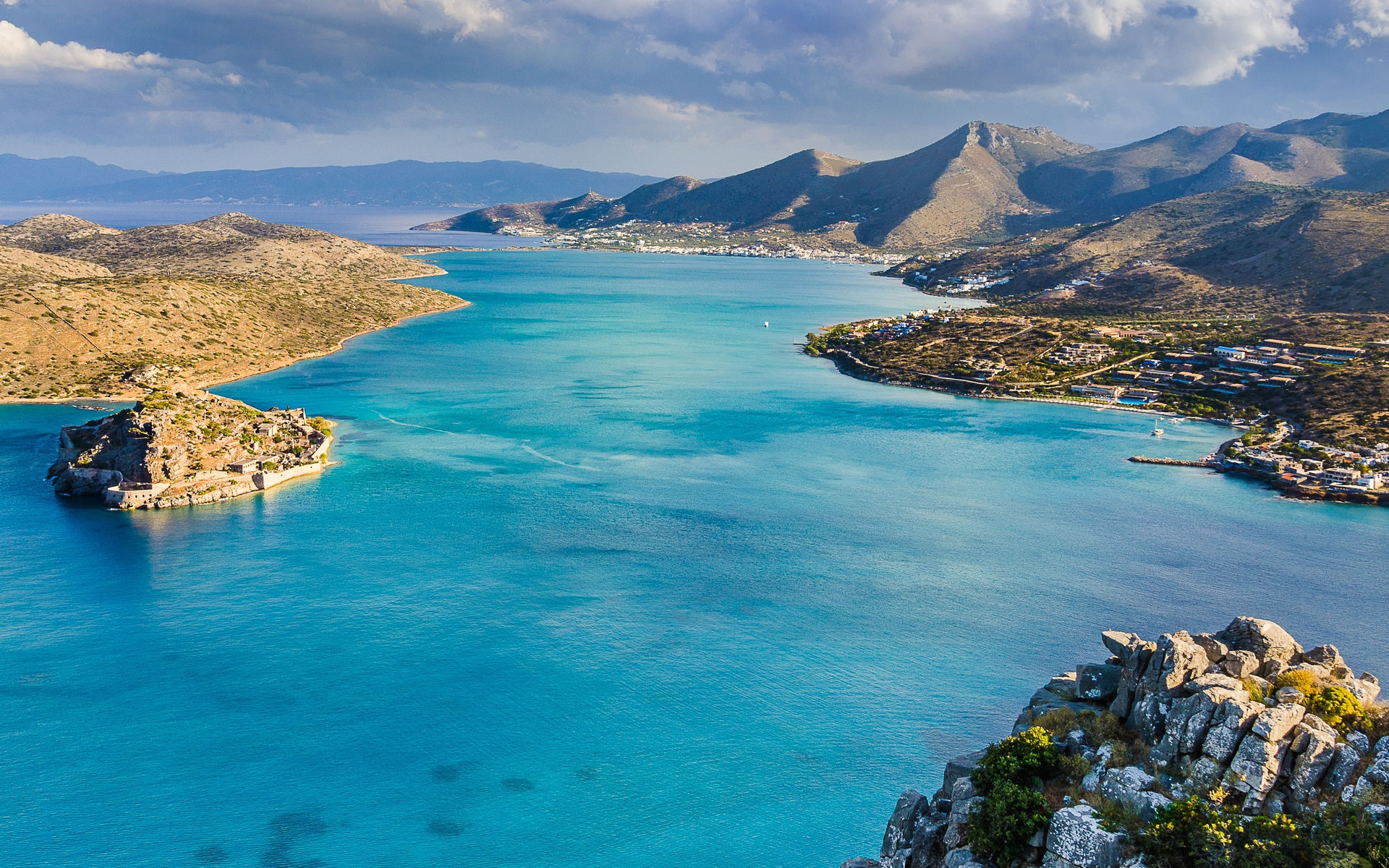 Panoramic view of Spinalonga and the gulf of Elounda 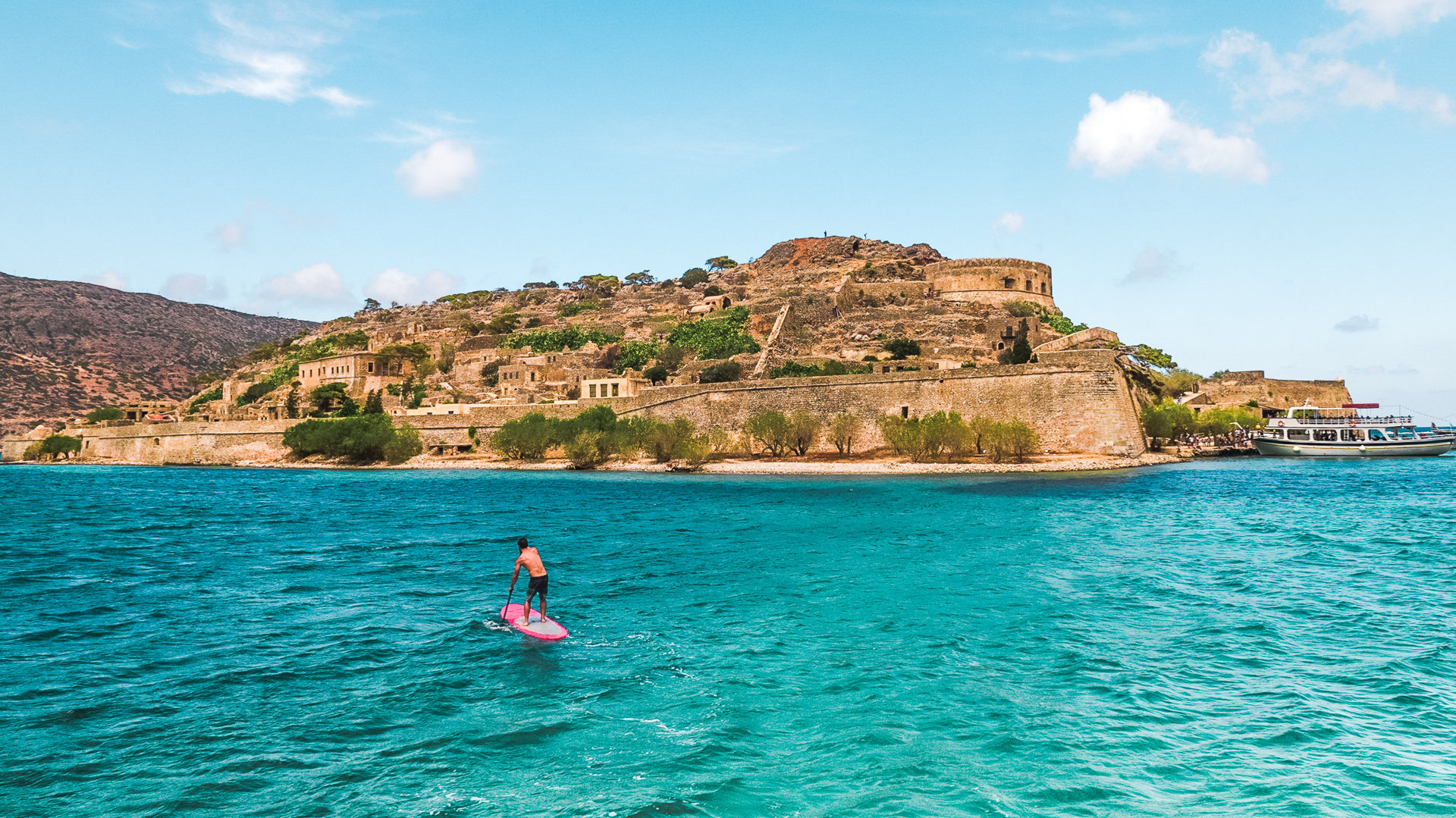 A tour of Spinalonga in Crete

Walking clockwise, you reach the main settlement of the leper colony. A few of the otherwise ruined houses have been renovated and turned into a museum with photographs, historical information and everyday objects. From the cramped living conditions, you can imagine the hardship of the time – although a community of around 400 people did create a school, shops and tavernas, which you can still see.

A little further on, you reach the hospital, a basic building that didn’t offer anything in the way of treatment for leprosy. One doctor visited from Crete, as long as he was treating something else. But patients were allowed visitors, who had to go to a disinfection room where they were washed down with an acid before leaving the island.

The organisation of the community stretched to the creation of a theatre on the northern part of Spinalonga. They say life imitates art. Well, these actors had quite a story to tell.

Church of St George and cemetery

Completing your walk, you reach the small, Venetian-built church of St George and the cemetery, with a plaque commemorating those buried here. The last resident of Spinalonga was a priest who left in 1962.

How do you get to Spinalonga island?

When is the best time to visit Spinalonga?

How long do you need to visit Spinalonga?

How much do Spinalonga visits cost? 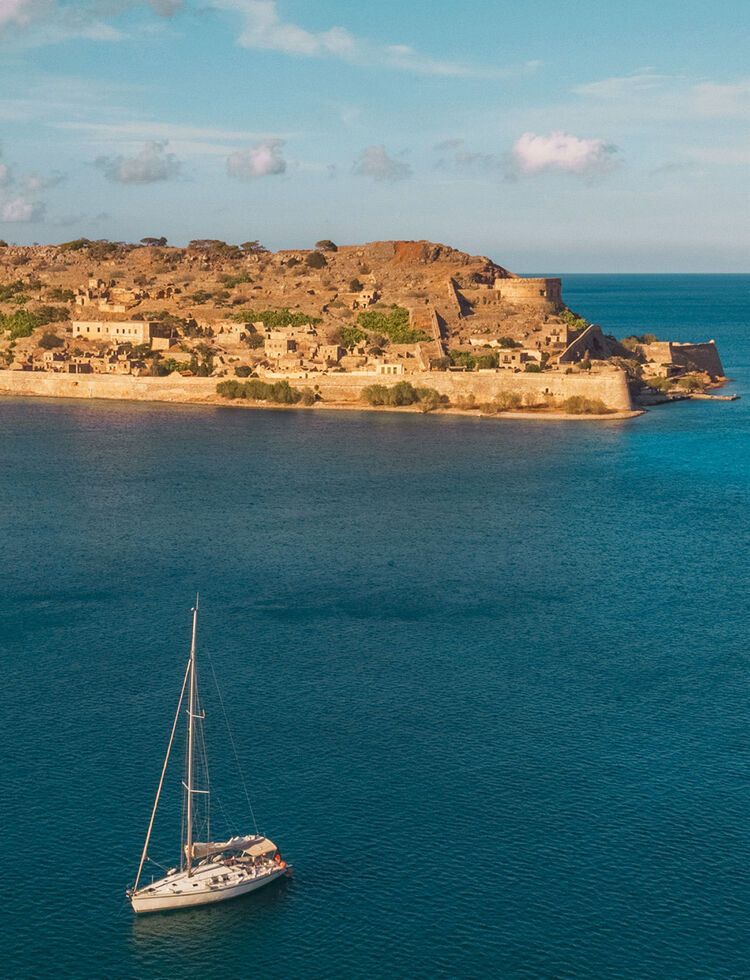 Refrain from touching any remains or monuments. The fingers’ natural oils can be extremely damaging to artefacts.
Stay on the marked paths and respect your fellow visitors.
Use the bins provided or, if need be, take your rubbish with you.
If there’s a “No flash photography” sign, please respect it. It’s to protect the monuments.
Use a refillable water bottle to try to minimise your use of plastic.
No pets (other than guide dogs) are allowed in cultural sites.
Read More Read Less
DESTINATION

Glamour, grace and a generous splash of luxury
Discover It 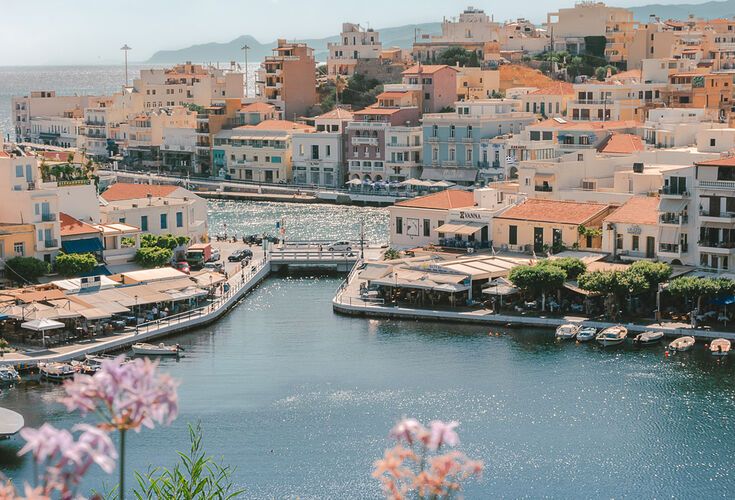