Glamour, grace and a generous splash of luxury 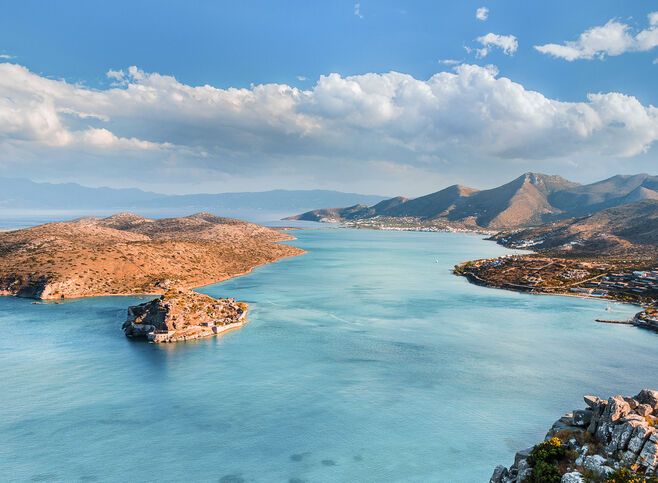 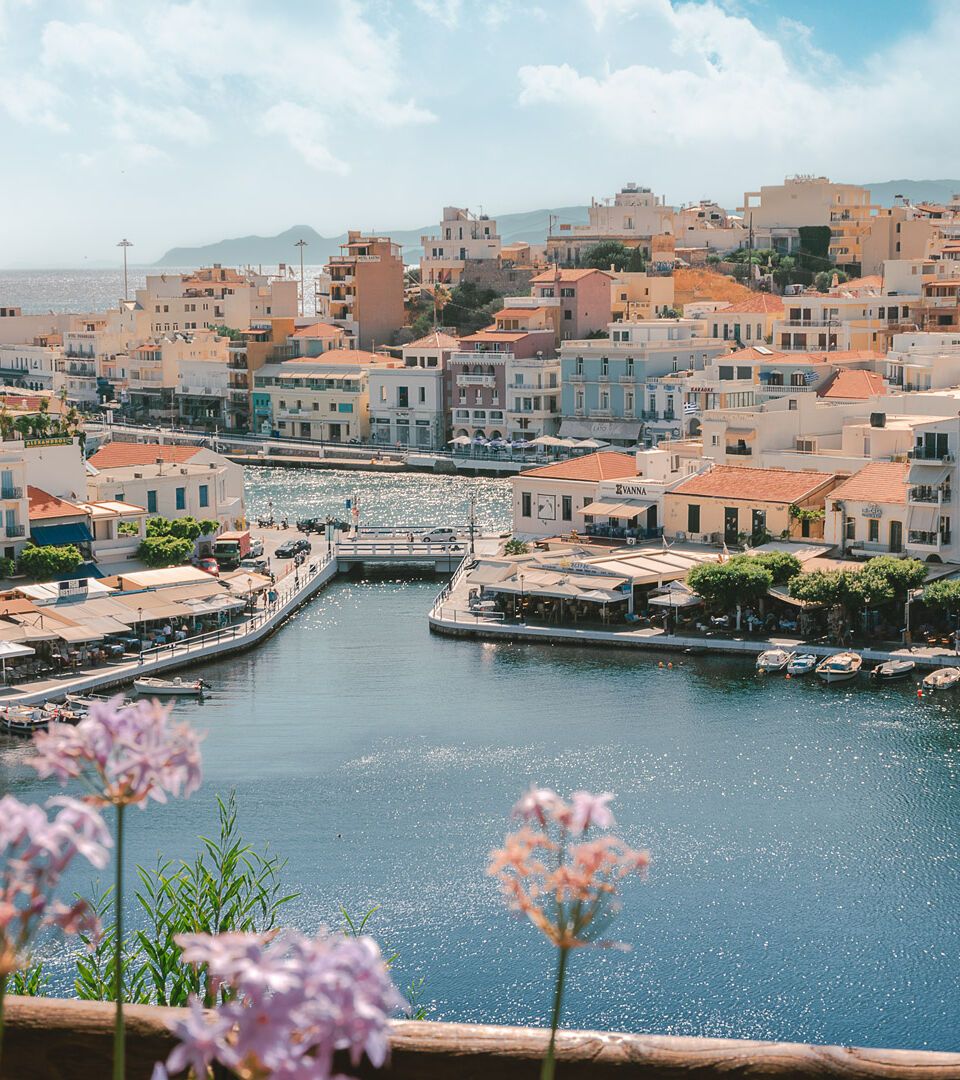 Today
16°
WED
14°
THU
15°
FRI
14°
SAT
13°
Gifted with extraordinary natural beauty, a bottomless lake and a historic island that inspired a best-seller, Elounda and its charming main town, Agios Nikolaos, offer visitors a generous slice of Crete at its most alluring.

If you’re looking for a touch of paradise, with glamour and five-star service in Crete, Elounda and its picturesque main town Agios Nikolaos offer a microcosm of luxury in Greece.

Beautiful Elounda has beaches and hotels to match, along with the attraction of Agios Nikolaos’ mythical lake. And in the distance lies tiny Spinalonga, an islet-fortress rich in history. You’ll find everything you need to make your holiday in Crete feel special.

What to do in Agios Nikolaos & Elounda, Crete

Explore the charms and legends of Agios Nikolaos

The main town of the Lasithi region, Agios Nikolaos embraces a picturesque lake that is lined with neoclassical homes, restaurants, bars and shops. The setting is reminiscent of a typical Greek island and you’ll never tire of just wandering around, stopping to enjoy a drink near the marina.

As for the lake, you’ll understand immediately why, according to mythology, this is where the goddesses Athena and Artemis bathed. It has a movie-set appeal, encapsulating everything glamourous about Elounda. But there are other secrets hidden in the lake. Locals recall how the Germans sunk their weapons here during their retreat in the Second World War. Another local legend claims that the lake is bottomless. Whatever you believe, you’ll lose yourself in the mystical beauty of Agios Nikolaos.

Visit Spinalonga, the inspiration behind a bestseller

Entering the Bay of Elounda, you’ll see a fortress that for centuries many tried to conquer until, from 1905 to 1957, it was Greece’s designated leper colony. The story of Spinalonga inspired the award-winning novel by Victoria Hislop, The Island, which in turn was developed into a popular Greek television drama. Today, you can take a boat or swim across to Spinalonga and you’ll still feel its mystical energy and weighty history.

Take a tour around Spinalonga

"Look, beautiful!" the Venetians exclaimed when they first encountered Mirabello – and the name stuck. You’ll say the same thing when you witness the sandy coves and clear water, north and northwest of Agios Nikolaos, one of the most beautiful spots in Crete.

Prepare for the ultimate in luxury in Greece

Holidays in Elounda allow you to choose from the highest concentration of five-star resorts in Greece. Private villas, bungalows, luxury suites… whatever you fancy, you’ll find it in this gorgeous corner of Crete.

Beauty in simplicity in the nearby villages

Across from Spinalonga, you’ll find the picturesque fishing village of Plaka, where you can wander through cobblestone streets and dine in waterfront fish tavernas. Then travel past the abandoned village of Havgas, with a panoramic view of the gulf, and on to the untouched villages of Kastelli and Fourni. Don’t miss the restored Aretiou Monastery with its well-tended garden – it’s one of the most significant attractions in the area.

The splendour of Ancient Minoan Olous

Just 10km from Agios Nikolaos you can visit the site of one of the 100 most important cities of ancient Crete, whose population numbered more than 30,000. Here they worshipped Zeus Tallaeus, the goddess Artemis Britomartys and Apollo.

A boat trip to Koufonisi, home to a desert and 36 beaches

With so many beaches and its very own desert to explore, Koufonisi, off the southern coast of Lasithi, offers a sand-filled escape for day-trippers who want to venture beyond Elounda. It is uninhabited now but Koufonisi held a special value for ancient Greeks and its waters – rich in sea sponges and shells – attracted civilisations as varied as the Minoans and the Byzantines.

Elounda is the most famous and popular summer holiday destination in Crete’s eastern Lassithi prefecture, known for its family-friendly, sandy beaches (with excellent facilities and water sports options) and luxurious accommodation. It is around 11km (20mins) by car from Agios Nikolaos.

Agios Nikolaos is the main town of the Lassithi prefecture in eastern Crete. It is the smallest of Crete’s four cities (including Heraklion, Chania and Rethymno), with a permanent population of 15,600.

Lassithi is famous for its many beaches (family-friendly and remote) and its mountainous interior containing authentic Cretan villages. Mt Dikti and the Lassithi plateau are among the most beautiful areas of Crete, as is the palm tree-lined beach of Vai. Spinalonga island is one of the cultural highlights of Lassithi, with a Venetian-era fortress that also served as a leper colony for the first half of the 20th century. You can take boat trips during the summer months to the islands of Chryssi and Koufonisi, from the south coast.

Elounda and Agios Nikolaos (and Crete generally) benefit from very good weather for most of the year, with summer conditions starting earlier and ending later than elsewhere in Greece. It does get busy in the peak summer holiday months (July and August), so come in May-June or September-October if you can. Spring and autumn are ideal for enjoying activities in nature. 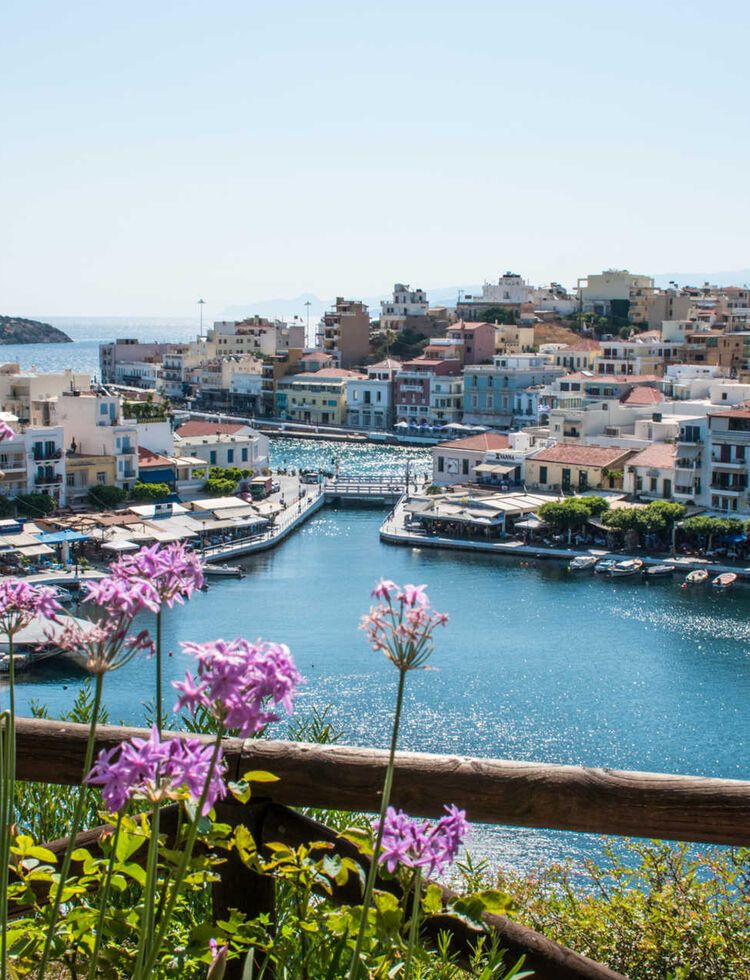 A walking tour of Agios Nikolaos in Crete 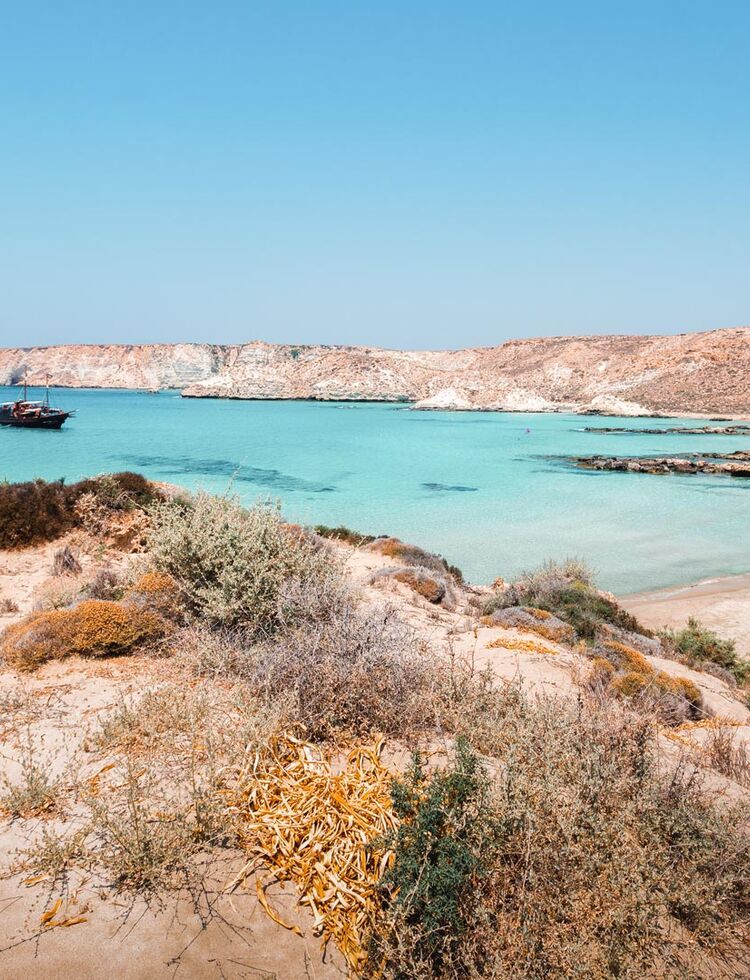 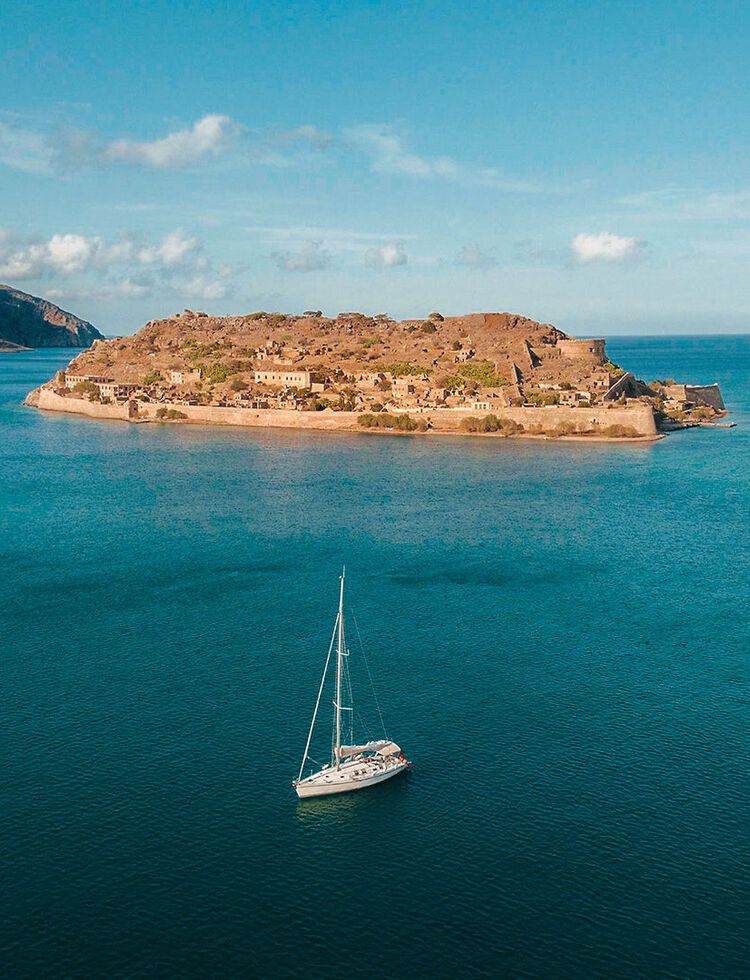 A tour of Spinalonga, Greece’s former leper colony, off Crete 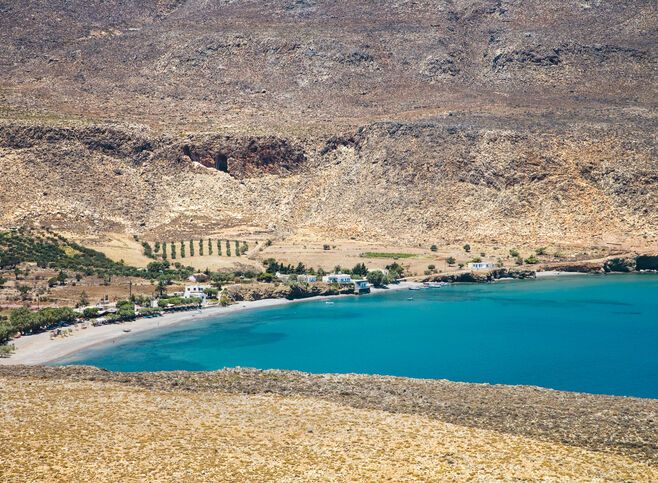 12 of the best beaches around Agios Nikolaos

Are you planning a beach holiday in eastern Crete? Here are the best beaches around Agios Nikolaos, including cosmopolitan Elounda and some of the most remote and beautiful beaches in Crete

The 10 most popular luxury destinations in Greece

Luxury is in the eye of the beholder, so we’ve picked 10 destinations in Greece where you can most easily match your holidays to your most luxurious desires and imagined your stay there. 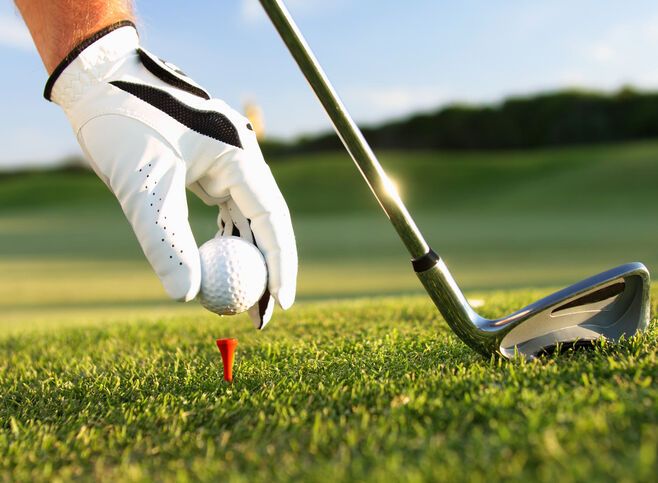 Where to play golf in Greece

There are numerous new and renovated golf courses in Greece, notable not just for the standard of their fairways and greens but also for the beauty of their location
SEE ALL
DESTINATION