A tour of the archaeological site of Philippi

The archaeological site of Philippi, near Kavala, has one of the richest histories of all ancient Greek ruins, playing a pivotal role in Macedonian, Roman and Early Christian history 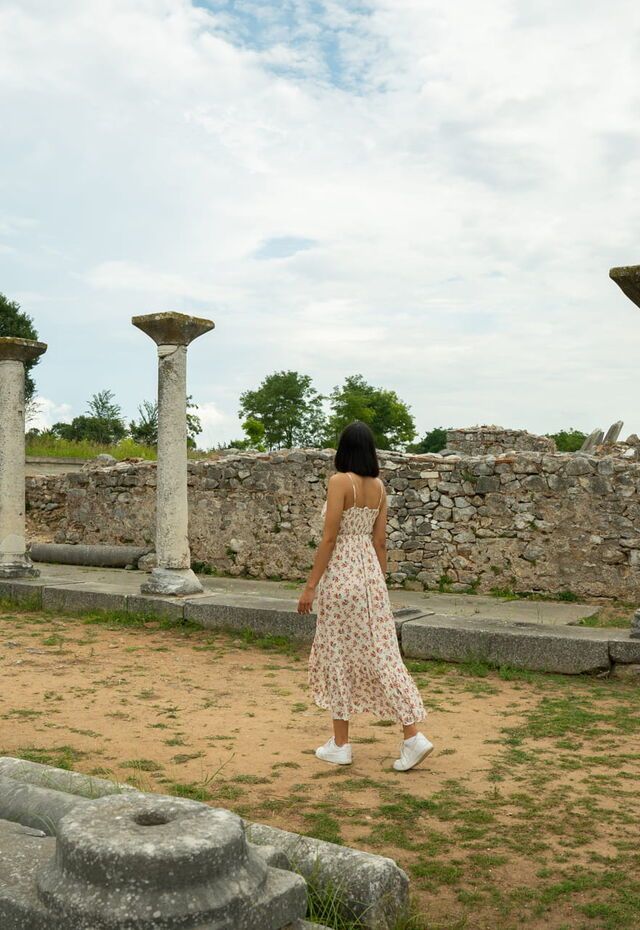 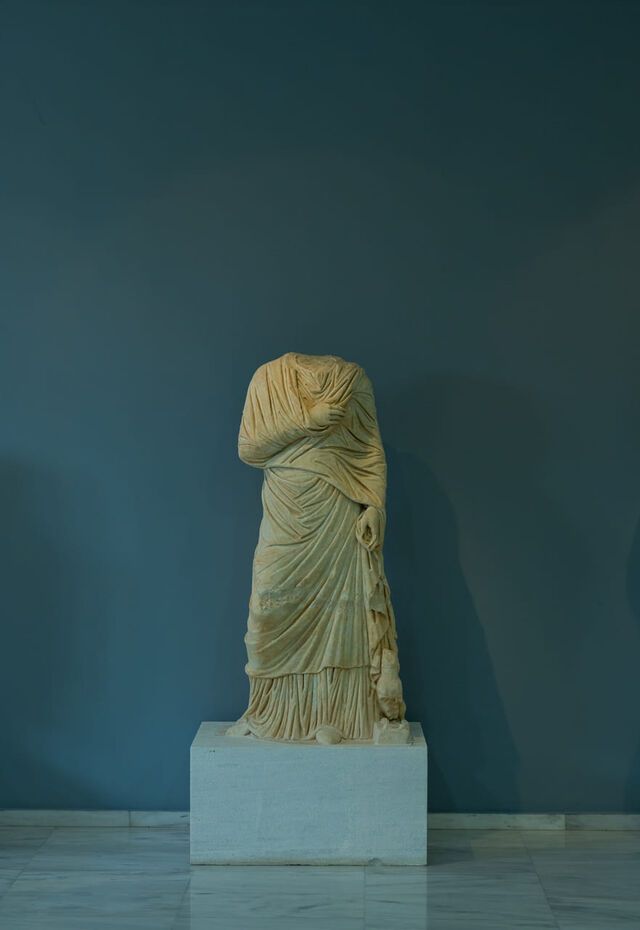 View on map
Duration
2 - 3 hrs
Season
All year around

The depth of history at the archaeological site of Philippi is astounding. Between the 4th century BC and the start of the 1st millennium it was occupied by Philip II of Macedon (father of Alexander the Great), witnessed the battle that established the Roman Empire and was visited by the Apostle Paul, paving the way for the first community of early Christians in Europe. In 2016, it took its place amongst Greece’s UNESCO World Heritage Sites.

Originally named Krenides, Philippi was founded in 360 BC as a colony of Thassos, the island just south of Kavala (the nearest city in northeastern Greece). It was conquered in 356 BC by Philip II, who recognised its importance in natural resources (including timber, gold and silver) and introduced many of the structures we can still marvel at, including the theatre and public and private buildings. Over the next few centuries, it flourished as an important stop on the Via Egnatia, the ancient trading route linking Europe and Asia.

However, the city’s greatest claim to historical fame came with the Battle of Philippi in 42 BC, when the armies of Mark Antony and Octavian defeated those of Julius Caesar’s assassins, Brutus and Cassius. The battle marked the end of the Roman Republic and placed Philippi as an eastern cornerstone of the newly-established Roman Empire. Emperor Augustus (as Octavian became) changed Philippi’s name to Colonia Iulia Philippensis.

As you explore the archaeological site, you will appreciate the city’s transition from Hellenistic settlement to Roman colony, with the expansion of the theatre, the creation of the Forum (the Roman agora) and the proliferation of buildings central to everyday ancient life (including baths, cisterns and latrines that had running water).

You’ll also appreciate the riches brought from trading on the Via Egnatia in what became one of the most important cities in Roman Greece.

The third chapter in Philippi’s story came in 49 or 50 AD when the Apostle Paul preached the words of the world’s newest religion within its walls. He was briefly thrown into jail as a result but that didn’t stop Philippi from becoming a metropolitan of Early Christianity. Several churches were erected over the next few centuries and the remains of some can still be seen, including two basilicas and the so-called Octagonal Church, dedicated to St Paul. As you walk around, you will literally be retracing some of the first steps of Christianity in Europe.

Philippi continued to hold an important position in Byzantine Christianity but, damaged by earthquakes and raids over the coming centuries, its significance dwindled until it was abandoned during Ottoman times – a fate that helped preserve some of the most significant (if little-known) ancient monuments in Greece

Read More Read Less
See the gallery
As you explore the archaeological site, you will appreciate the city’s transition from Hellenistic settlement to Roman colony 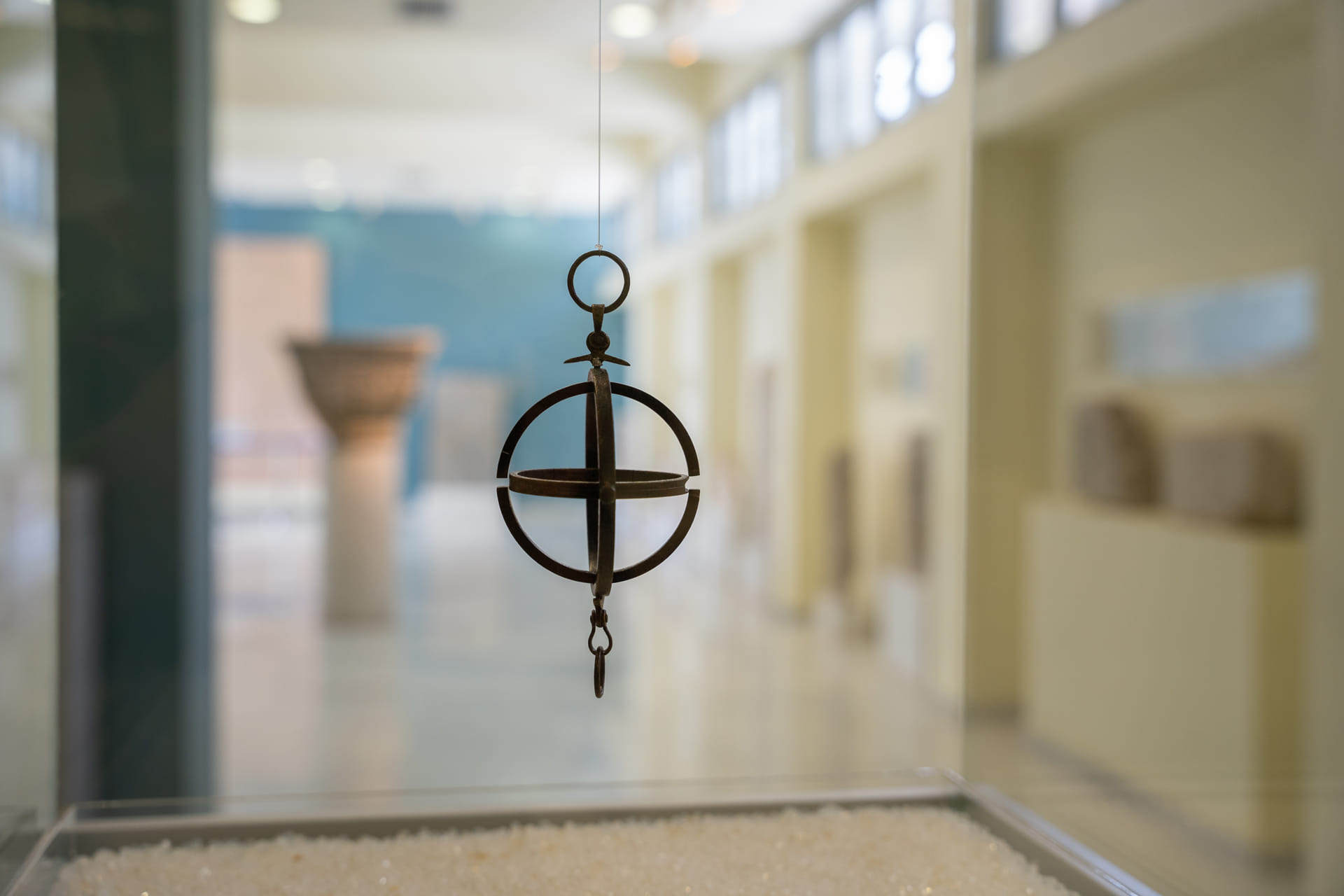 Explore the Archaeological Museum of Philippi 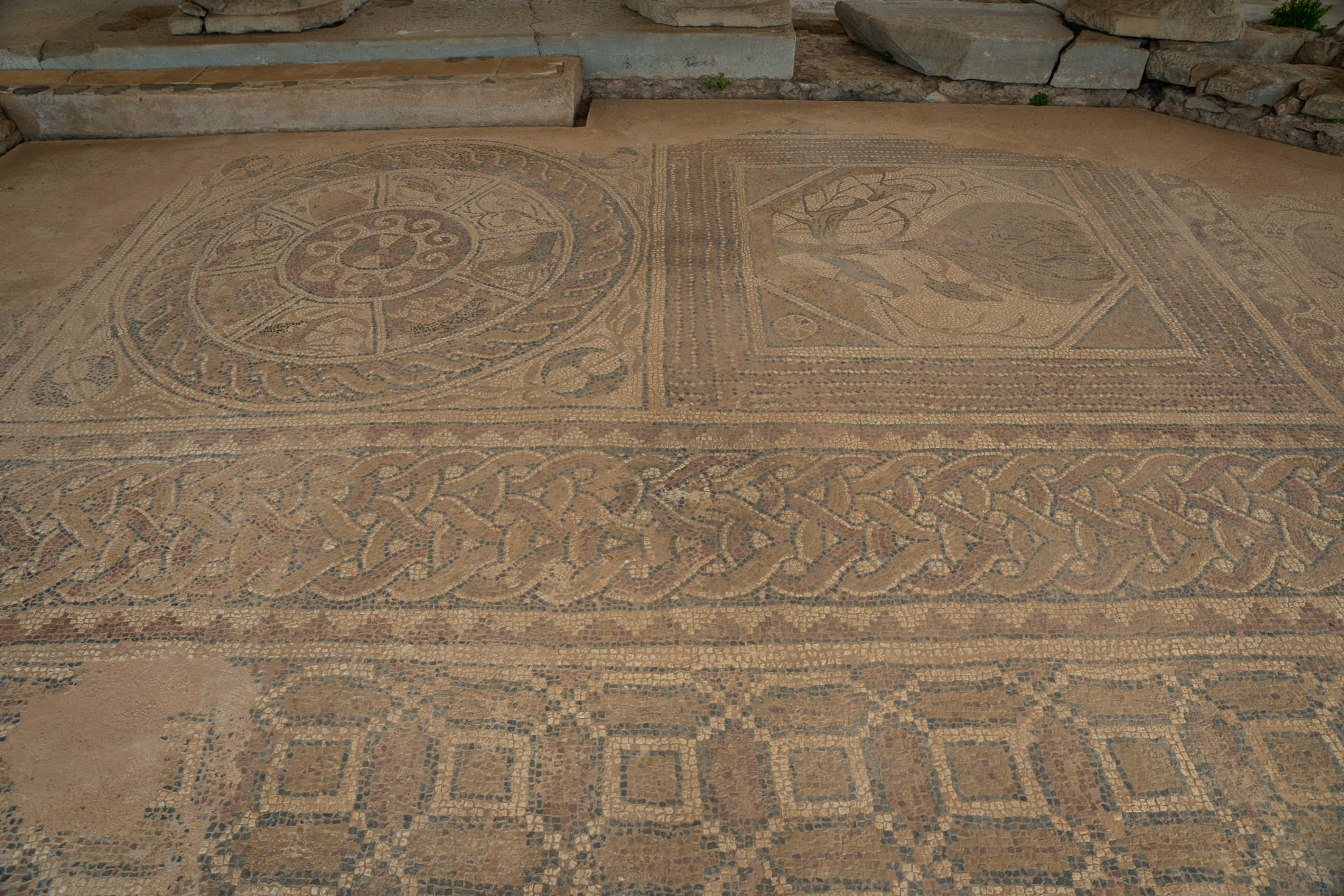 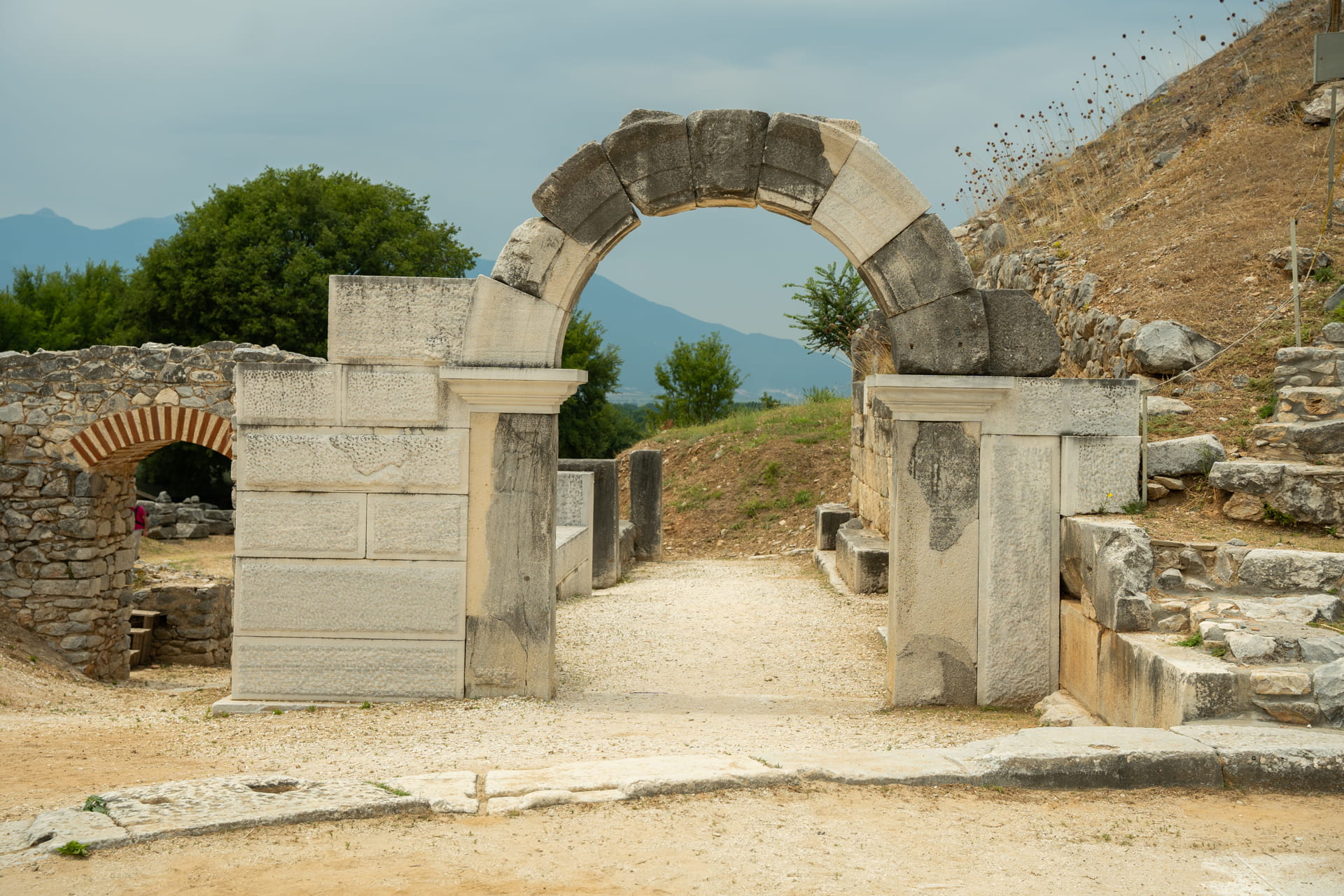 Originally named Krenides, Philippi was founded in 360 BC as a colony of Thassos 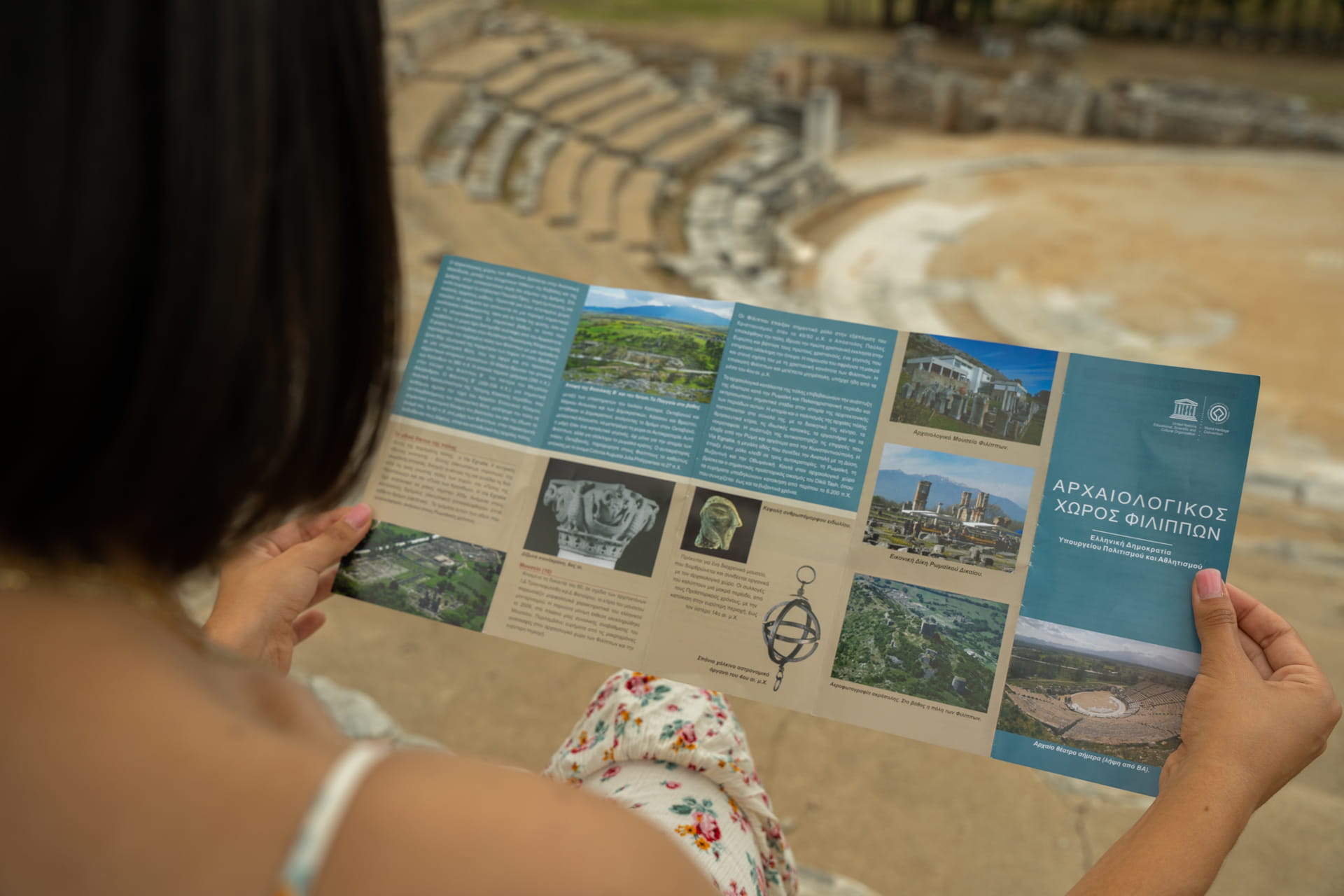 Explore the monuments at the archaeological site of Philippi 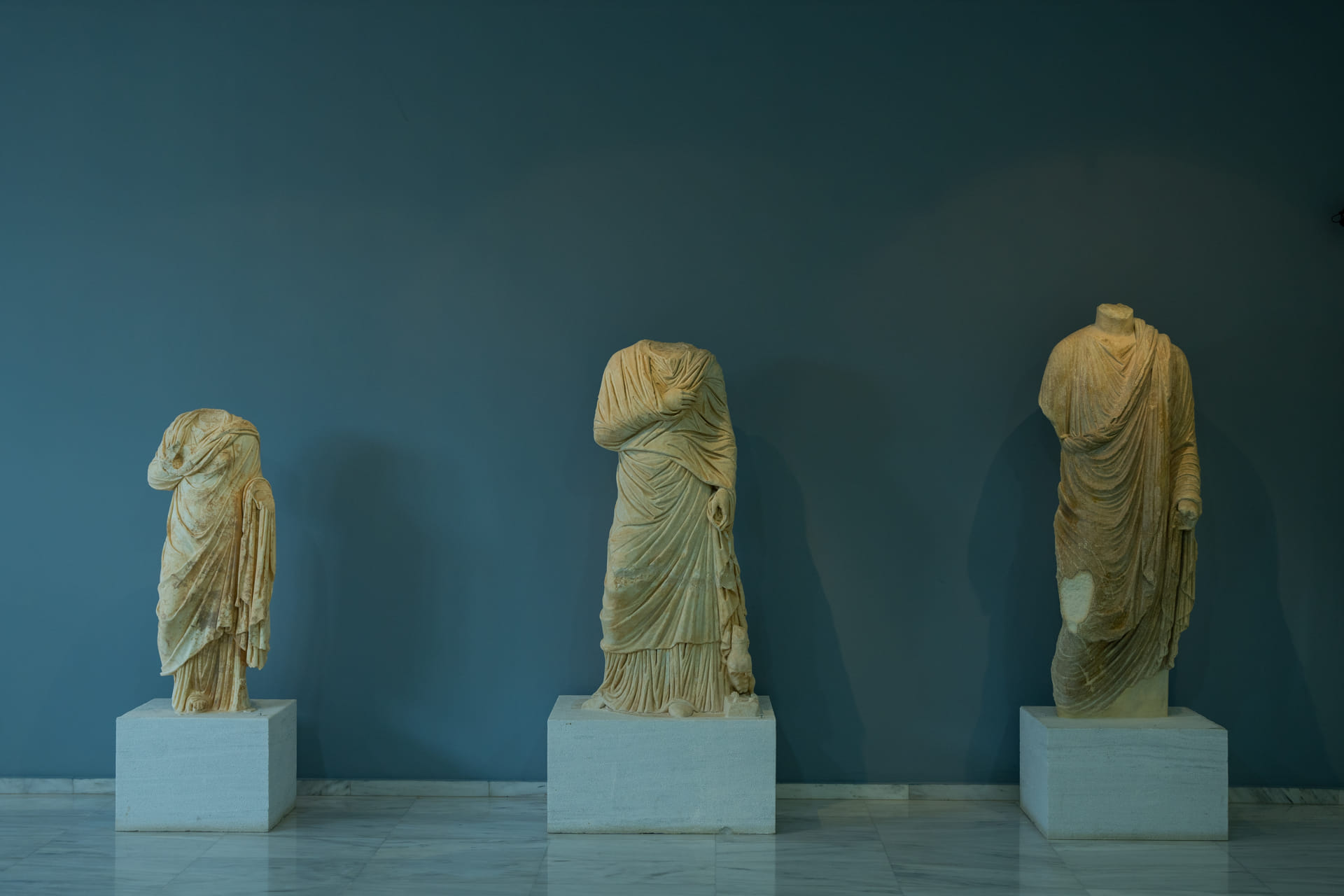 The on-site Archaeological Museum of Philippi 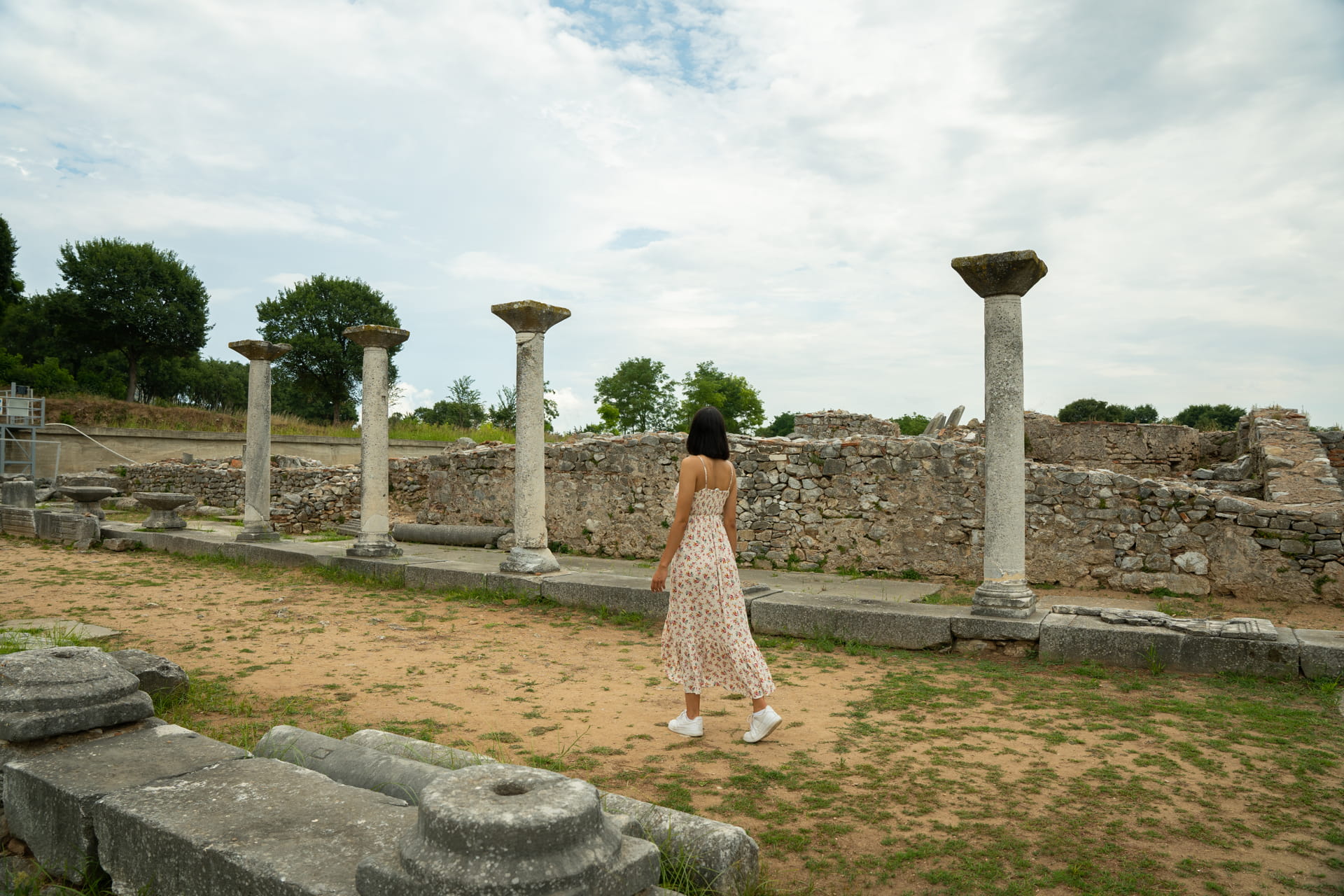 As you explore the archaeological site, you will appreciate the city’s transition from Hellenistic settlement to Roman colony

The archaeological site of Philippi

The theatre was central to Philippi’s history. It was commissioned by Philip of Macedon in the middle of the 4th century BC and expanded over the next few centuries under Roman rule, when the seating area was increased and retaining walls were added to accommodate a three-storey stage building. In the 2nd and 3rd centuries AD, the stage was turned into an arena for Roman Games that included wild animals. A wall was constructed to protect the spectators from the animals, which were kept in an underground chamber by the orchestra. The theatre is still used for performances in the summer Philippi Festival.

Only the shell or debris of two basilicas (A and B) remain, but you can imagine their glory when they were built in the style of the Byzantine churches of Constantinople. Sadly, neither basilica lasted long. The first was destroyed in an earthquake soon after construction in the 5th century AD and the latter collapsed before its dedication in the following century. For all that, the parts that are still standing (including an enormous arched doorway) offer a fascinating insight into the architecture of Early Christian churches (with three-aisled basilicas, vaulted ceilings and pillars) along with design elements such as atriums and frescoes.

The centrepiece of Philippi’s Christian heritage is the Octagon Complex, containing a 5th-century AD church that appears square from the outside but is octagonal within. It was built on the site of a smaller, 4th-century church which (from motifs and other remains) we know was dedicated to St Paul. It also contains a Funerary Heroon, indicating that it was a sacred site in Hellenistic times.

The prison of St Paul

You could easily overlook this small, half-ruined, brick-walled chamber were it not for the sign saying ‘Prison of St Paul’. It is believed to have been a Roman water cistern but (as evidenced by the remains of frescoes on the wall) was converted into a small church following St Paul’s imprisonment here.

As with all ancient Greek cities, Philippi had a marketplace. In fact, it had two as the Roman’s Forum was built beside the original Greek agora. From the remains of the buildings around an open square, you get an insight into this once-bustling administrative and trading centre. The paved remains of what is believed to be a section of the original Via Egnatia make it even more evocative. There are plenty of Latin inscriptions that add life to the ruins.

The on-site Archaeological Museum of Philippi is split over two levels. The first floor concentrates on prehistoric to Roman times (including sculptures, vases, coins and jewellery), while the second floor is dedicated to the city’s Christian legacy (with vases, coins and other artefacts) from the Early Christian period to the decline of Philippi in the 7th century and its eventual abandonment at the start of the Ottoman occupation.

Baptistery of St Lydia of Thyatira

Very close to the archaeological site is the church dedicated to St Lydia who, inspired by the sermon of Apostle Paul in AD49/50, chose to be baptised in the River Zygaktis – becoming the first-ever woman to be baptised. This handsome octagonal baptistery was built in 1974 next to the river, in which an open-air baptistery has been created. An adult baptism ceremony is held at the site on 20 May each year, to which visitors are welcome.

How do you get to the archaeological Site of Philippi?

When is the best time to visit the archaeological site of Philippi?

How long do you need to visit the archaeological Site of Philippi?

How much do Philippi tickets cost? 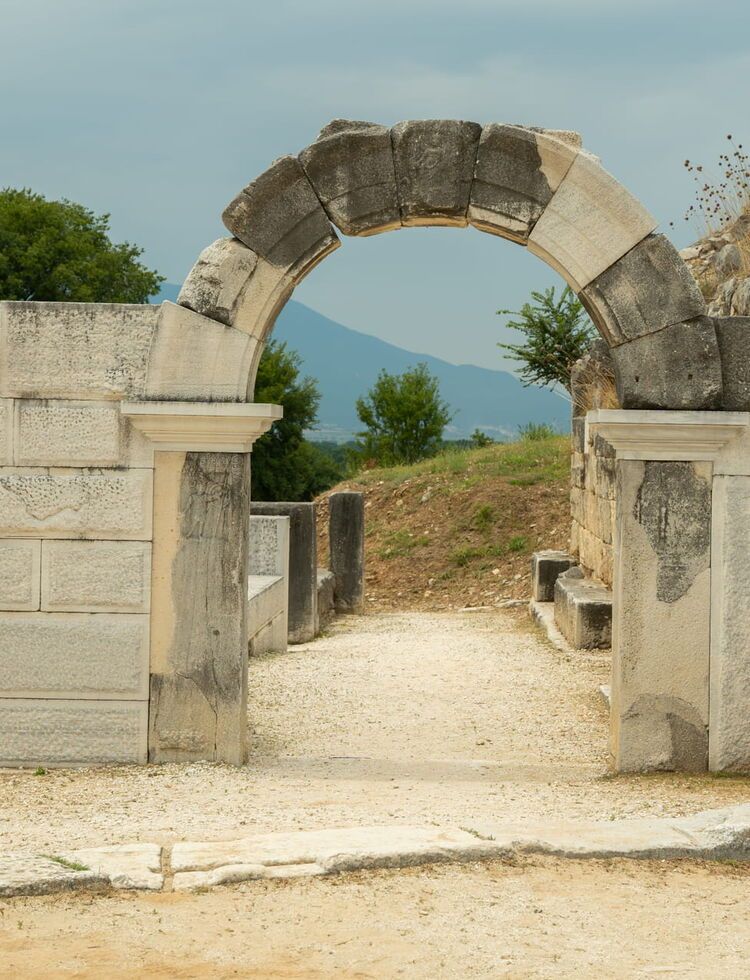 Refrain from touching any remains or monuments. The fingers’ natural oils can be extremely damaging to artefacts.
Stay on the marked paths and respect your fellow visitors.
Use the bins provided or, if need be, take your rubbish with you.
If there’s a “No flash photography” sign, please respect it. It’s to protect the monuments.
Use a refillable water bottle to try to minimise your use of plastic.
Smoking is prohibited.
Read More Read Less
DESTINATION 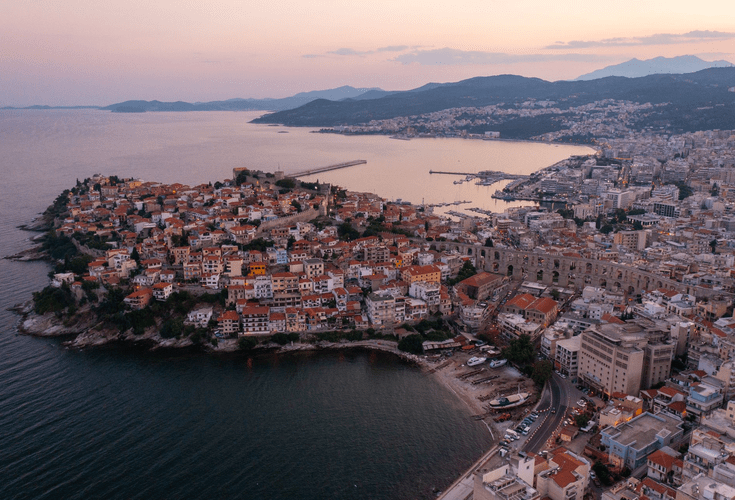