A stroll around the cultural landmarks of Kos town

You just have to put on a comfortable pair of shoes and the historical landmarks in Kos’ old town begin to narrate their story. From temples and other treasures of Ancient Greece to the monuments of the Romans, Venetians, Ottomans and more, Kos is about to let you in on its secrets. 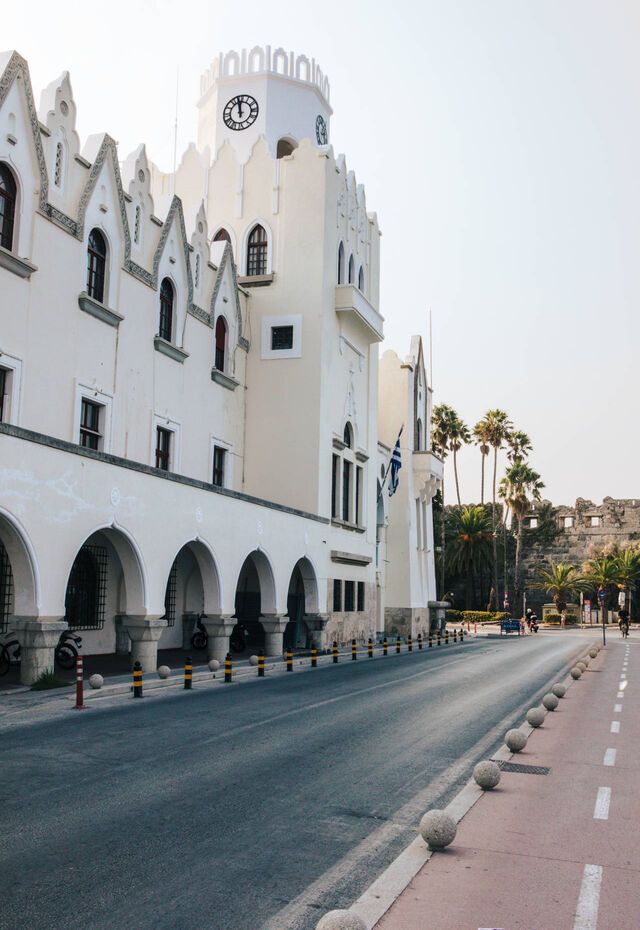 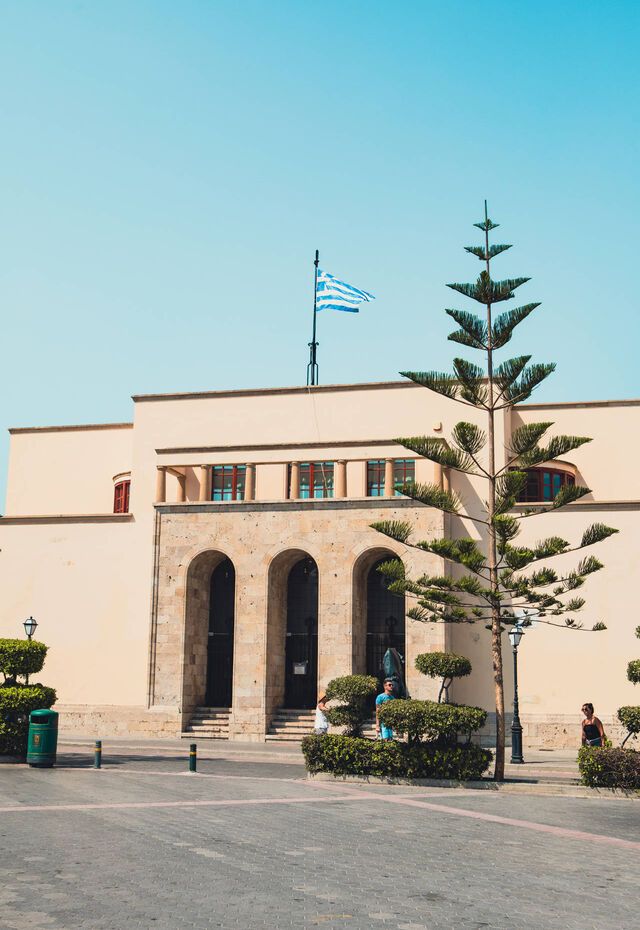 When it comes to appreciating the cultural legacy of Kos, it can be hard to look beyond Hippocrates. The father of modern medicine was born here in the 5th century BC and inspired the island’s healing centre, known simply as the Asclepion (in honour of the god of healing). But as you’re about to find out, that’s just the start of the story when exploring the fascinating landmarks of Kos town.

The historical significance of Kos goes back to the Minoans (Europe’s most ancient civilisation) and incorporates some of the most memorable achievements of Ancient Greece and Hellenistic times, as well as the Roman occupation of the island after 82 BC when it was an eastern colony of the Roman Empire.

The story picks up again during the Venetian occupation of Kos in 1204 AD and continues during Ottoman times (from 1522) and the Italian occupation of Kos, Rhodes and other Dodecanese islands during the Second World War. After a brief period of stewardship by the British after the war, Kos was reintegrated into the Greek state in 1948.

All of the above come alive during a stroll around the landmarks of Kos town, with ancient temples and artefacts, Roman-era mansions and monuments, the medieval castle of Neratzia, as well as Ottoman-era mosques and Italian architecture. Your lasting memory will be of how it all blends in so effortlessly with the everyday bustle of the bars and restaurants and the bicycle lanes of modern-day Kos. 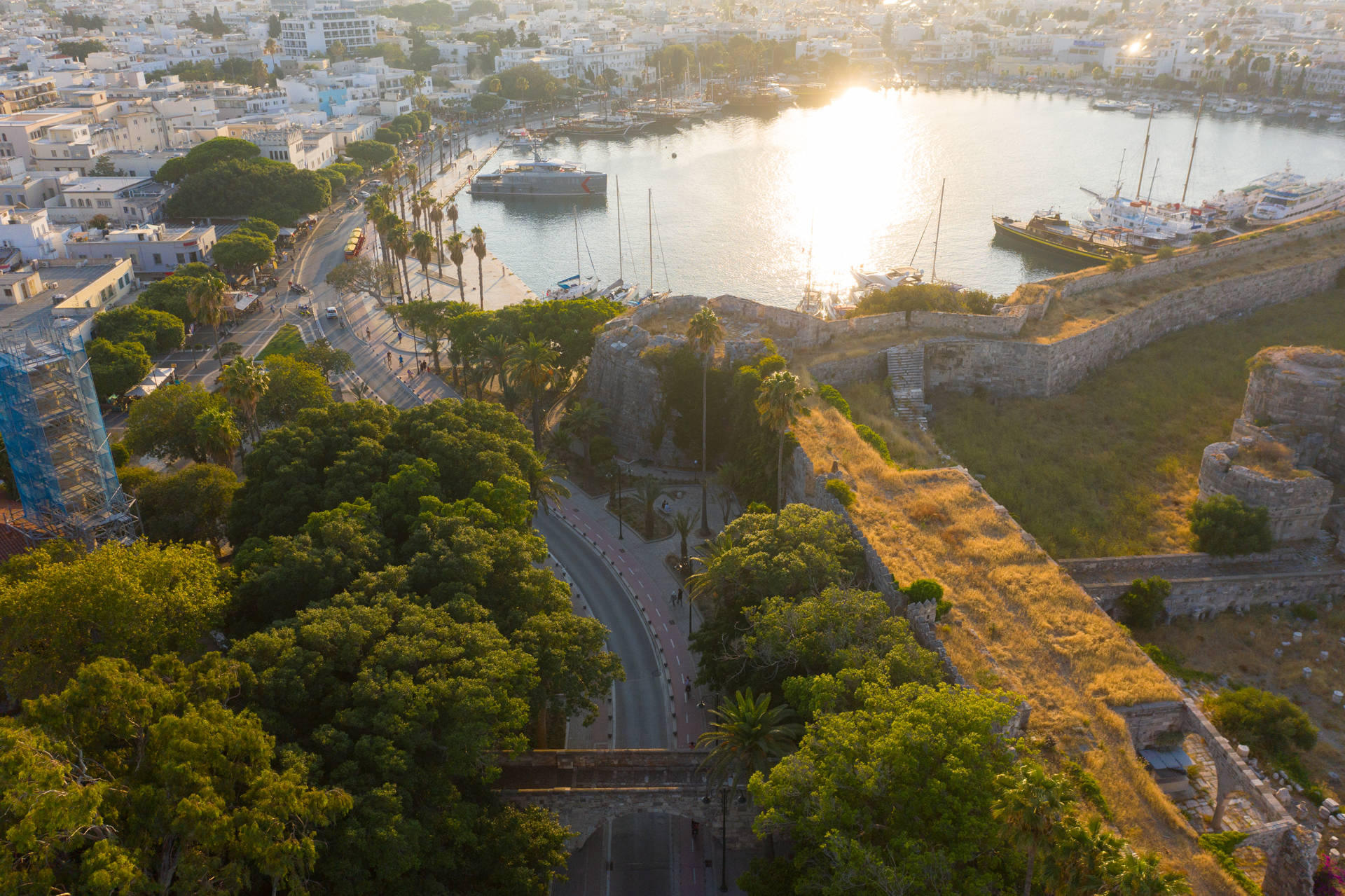 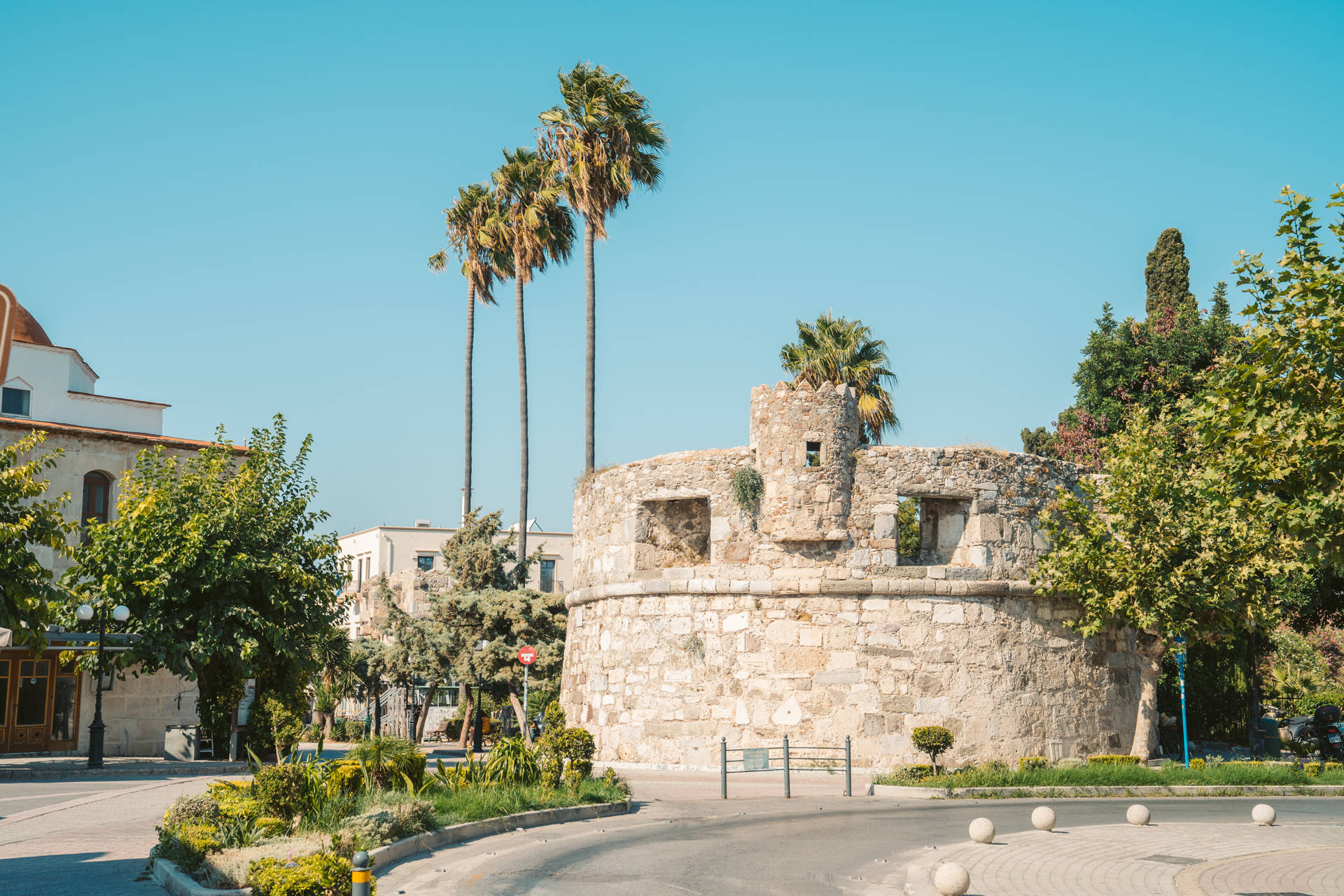 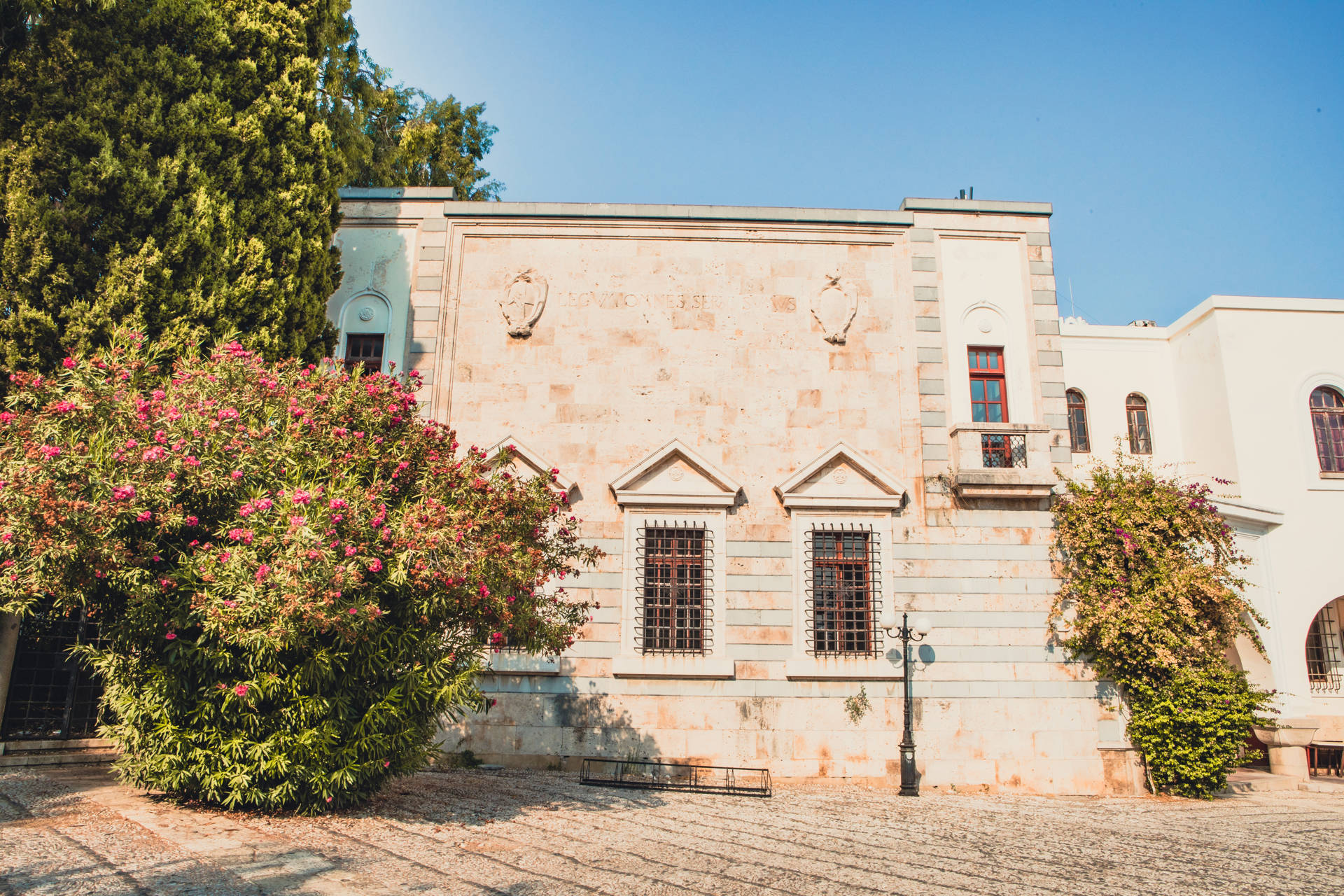 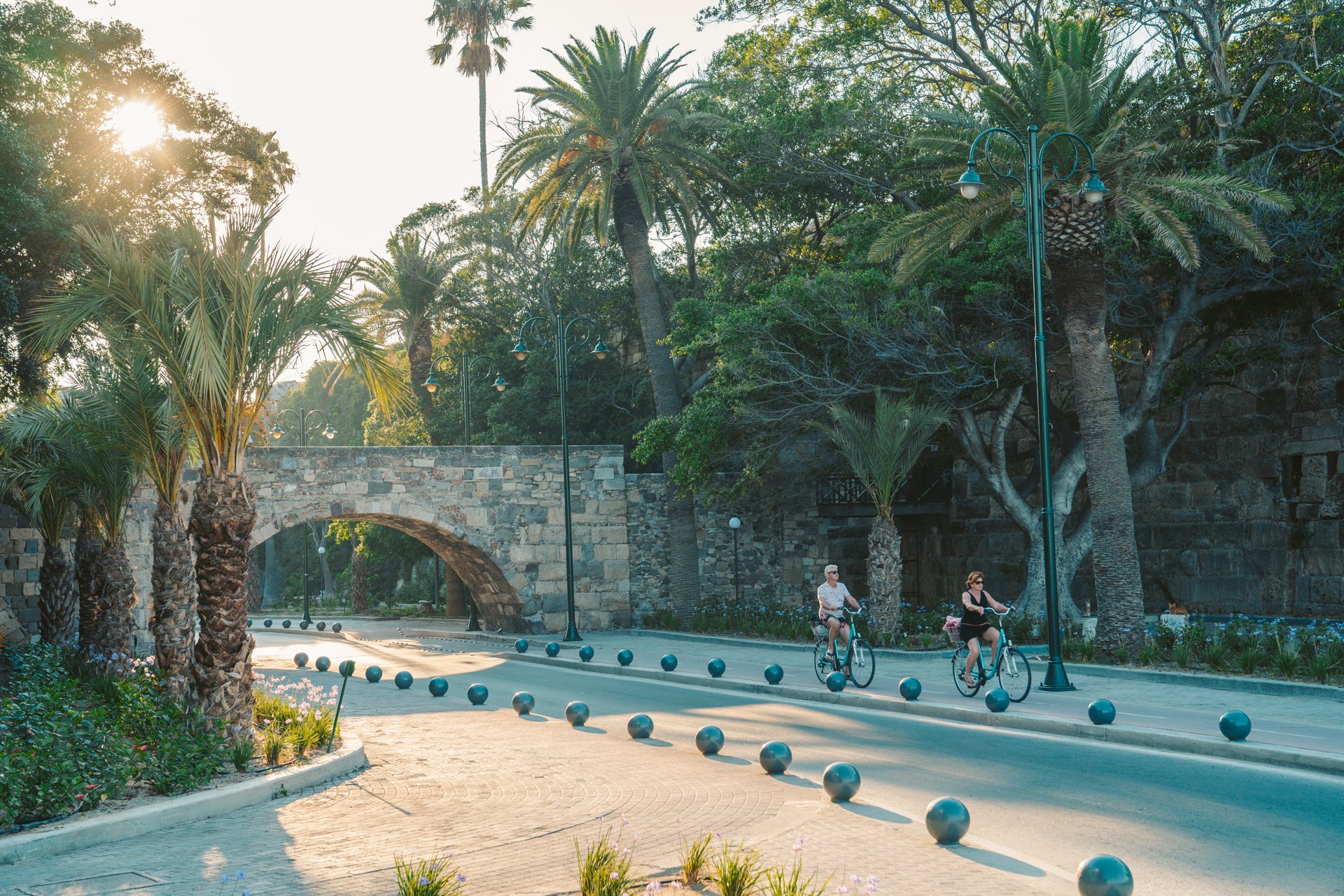 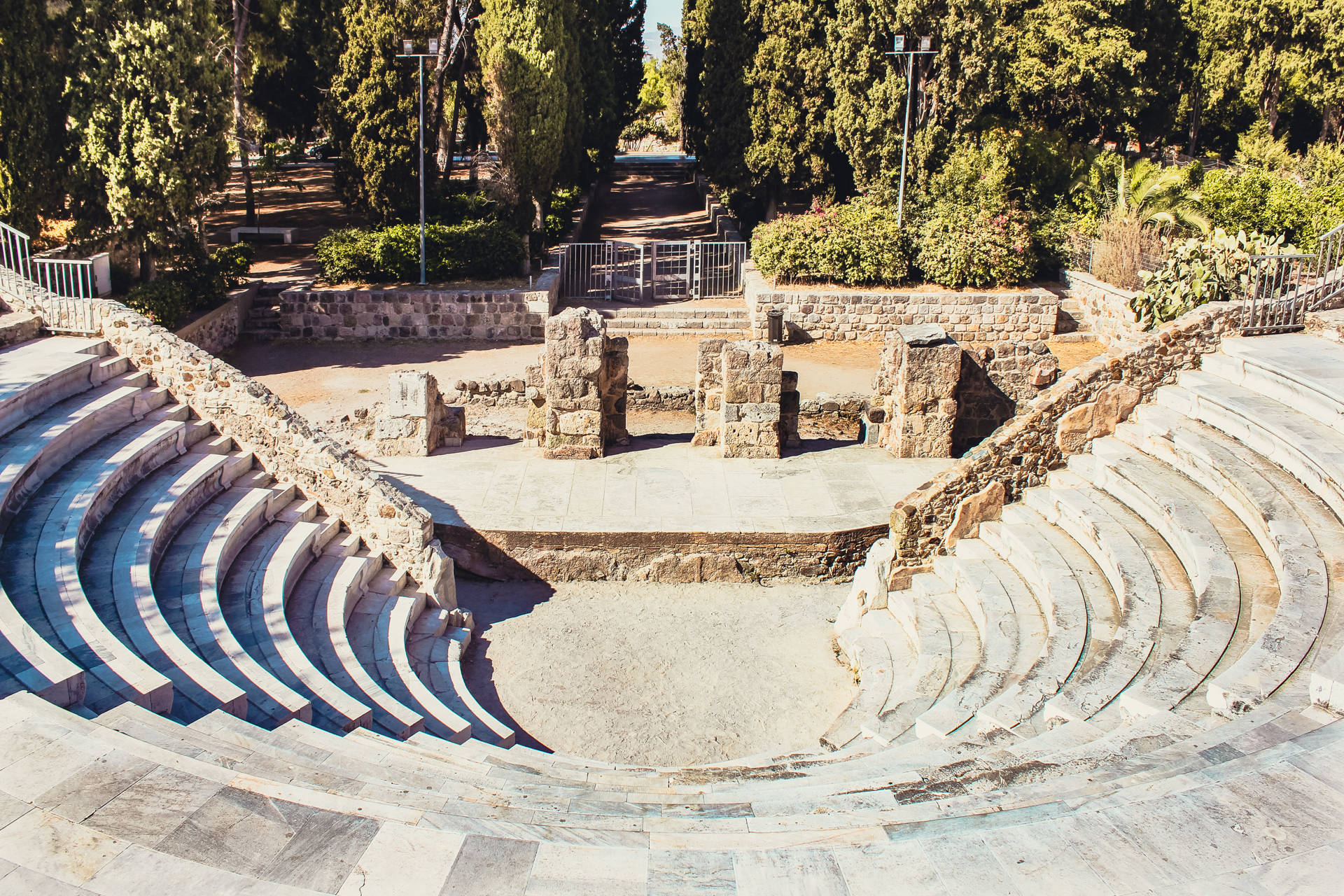 By Region of South Aegean 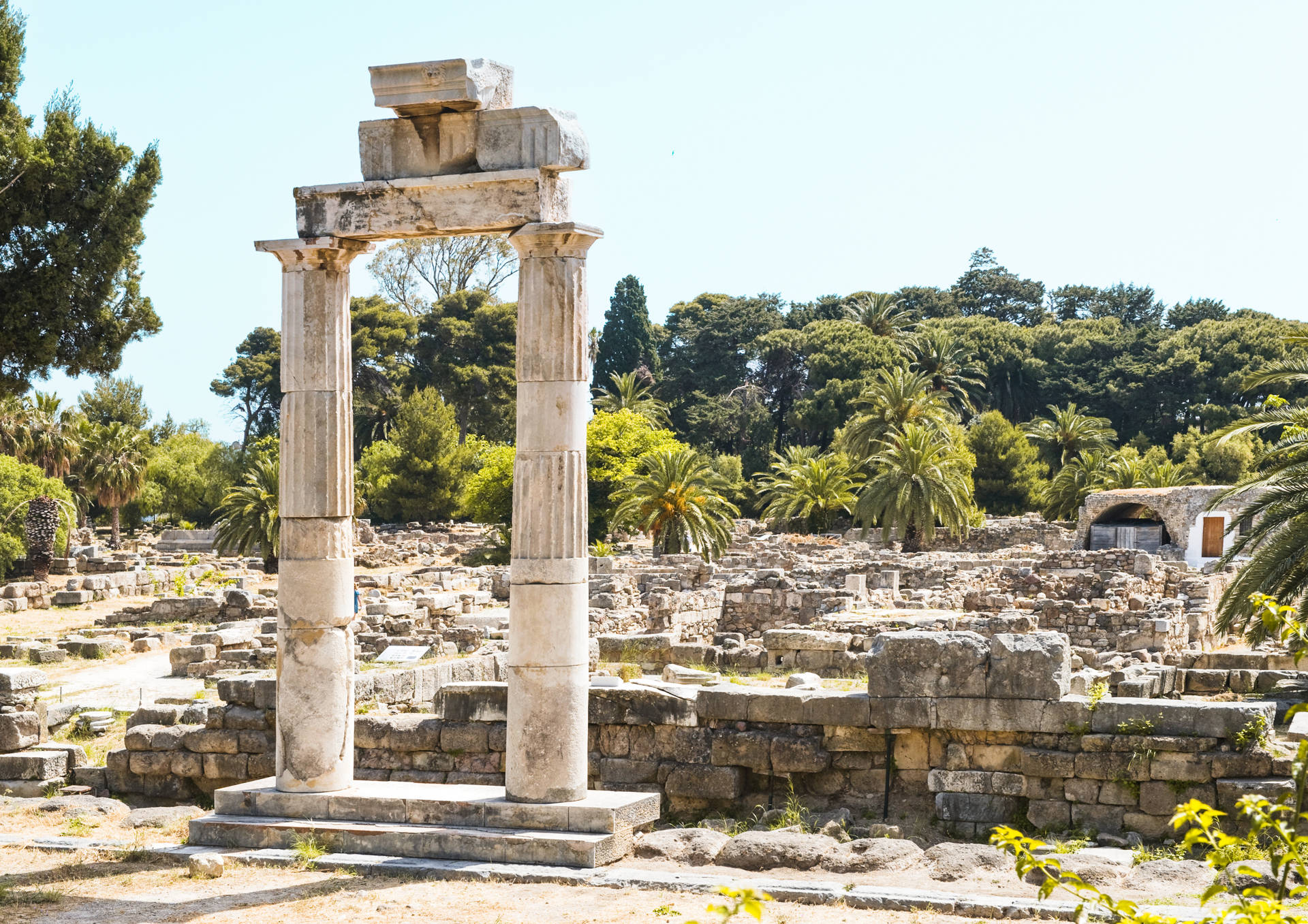 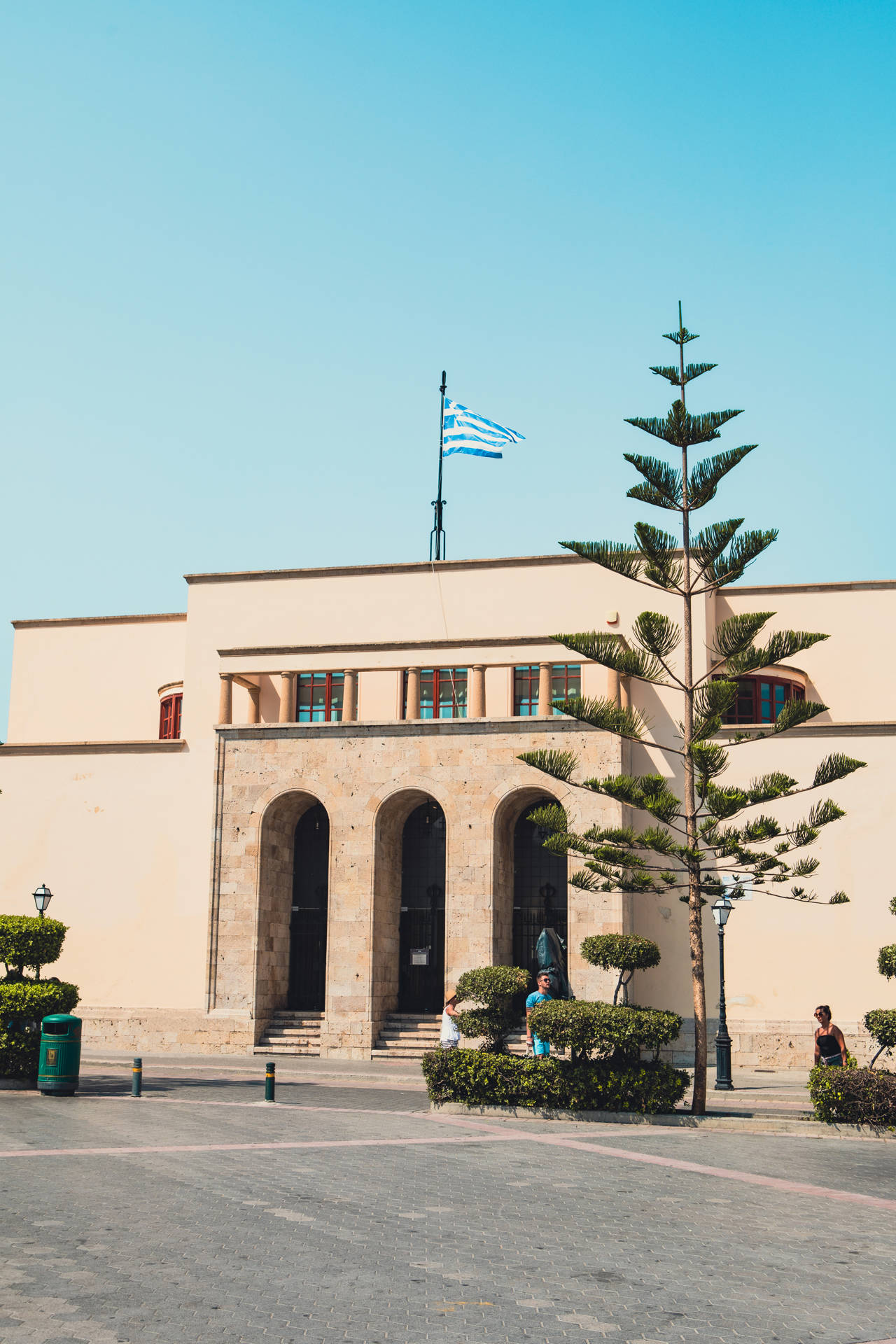 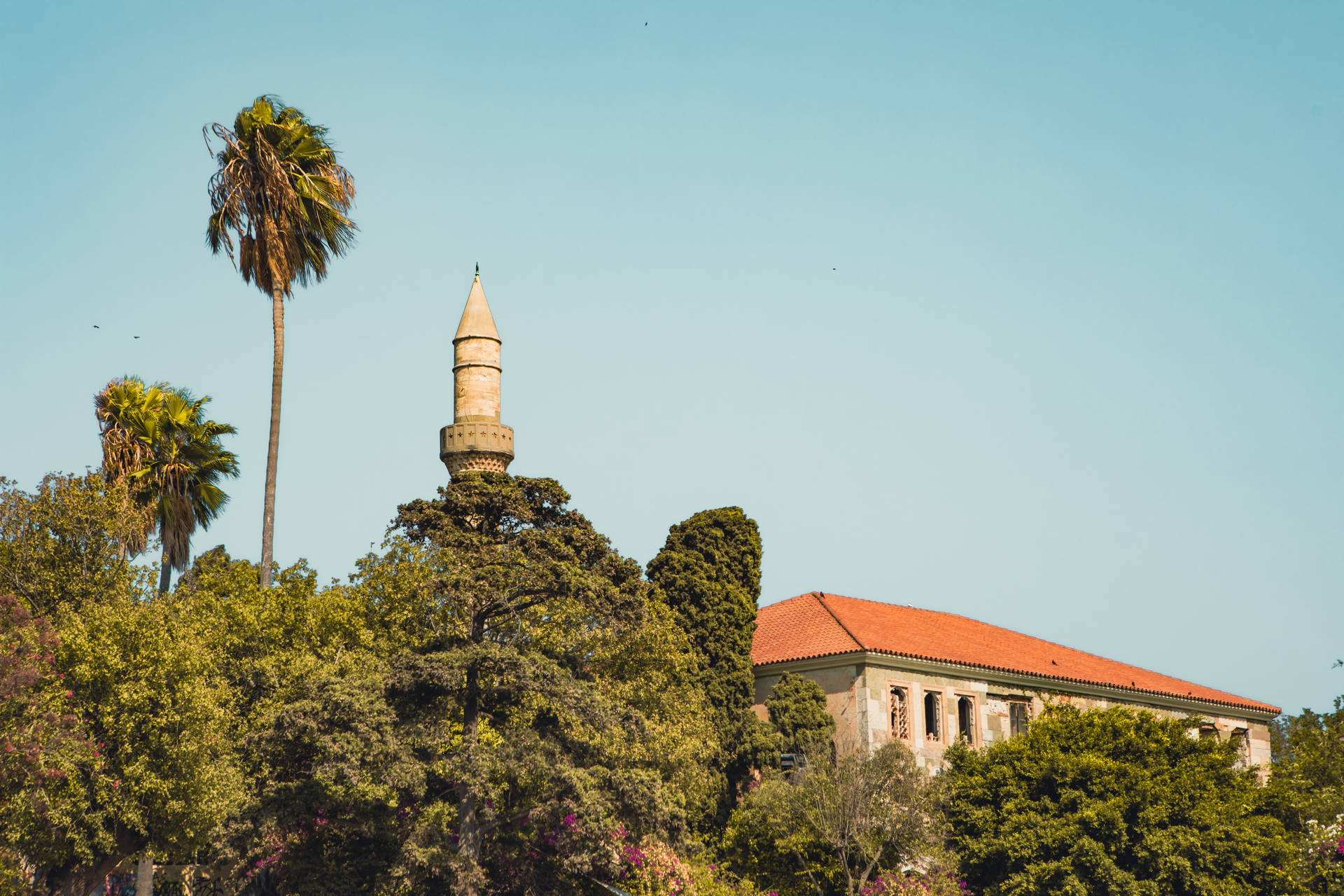 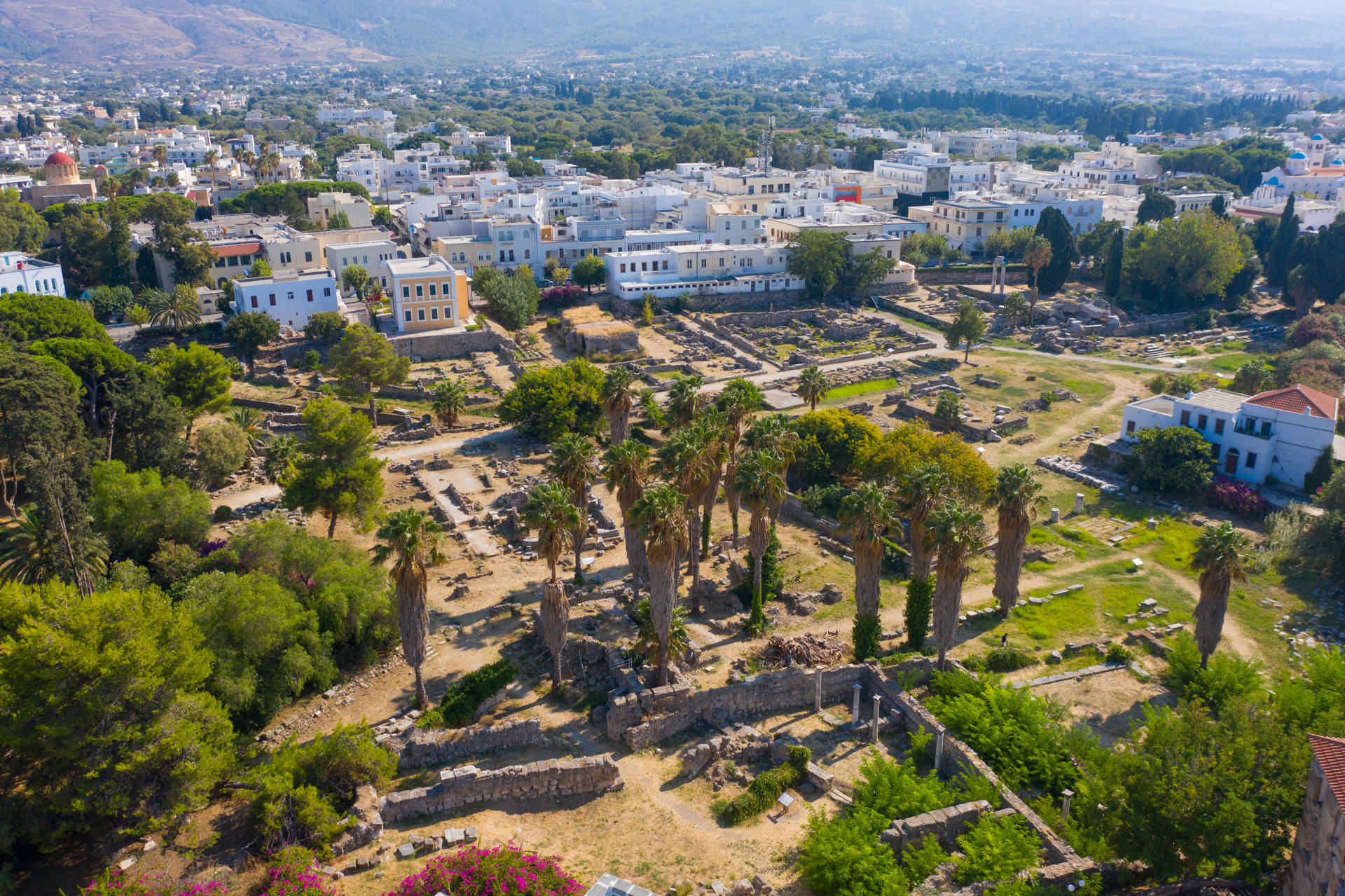 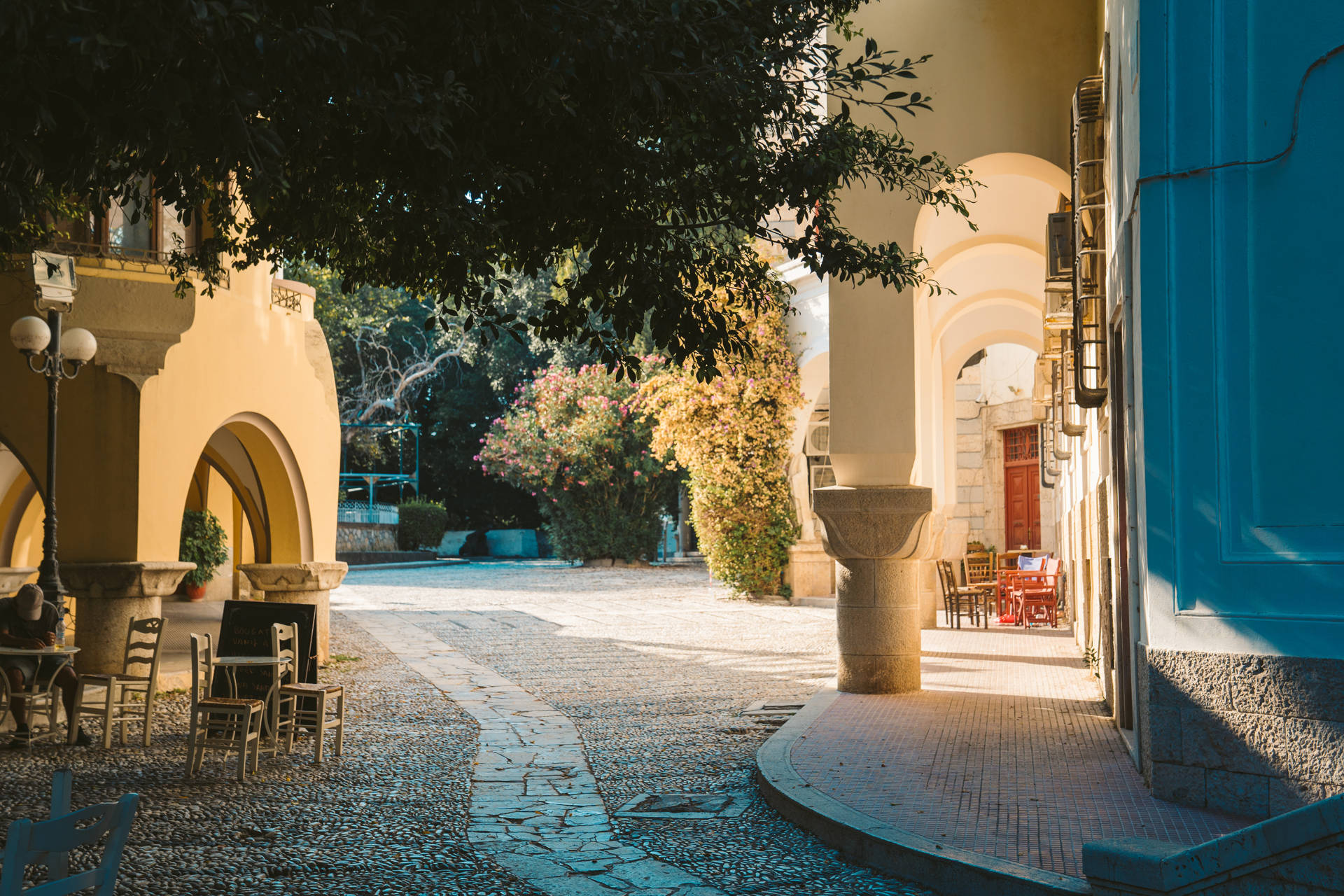 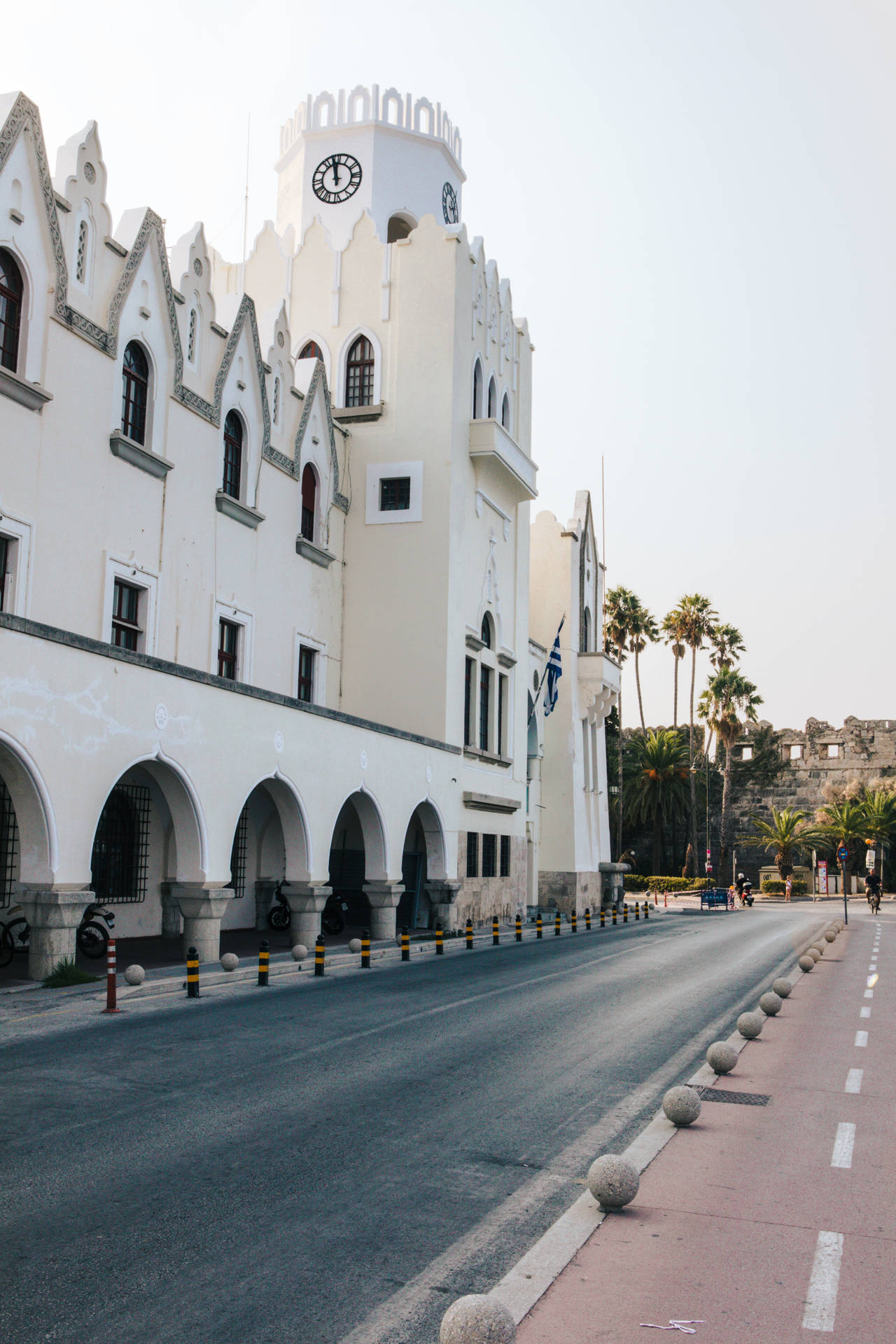 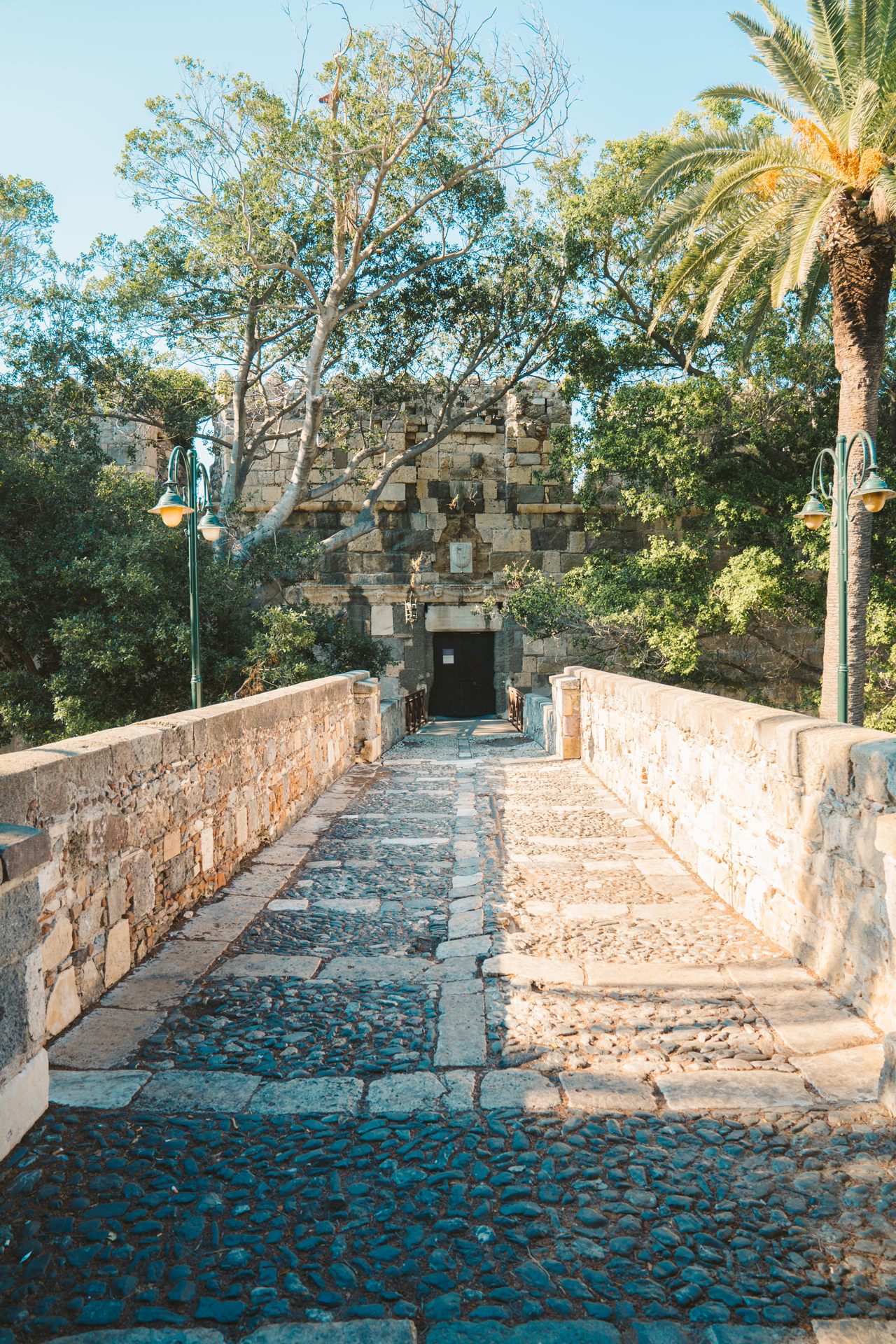 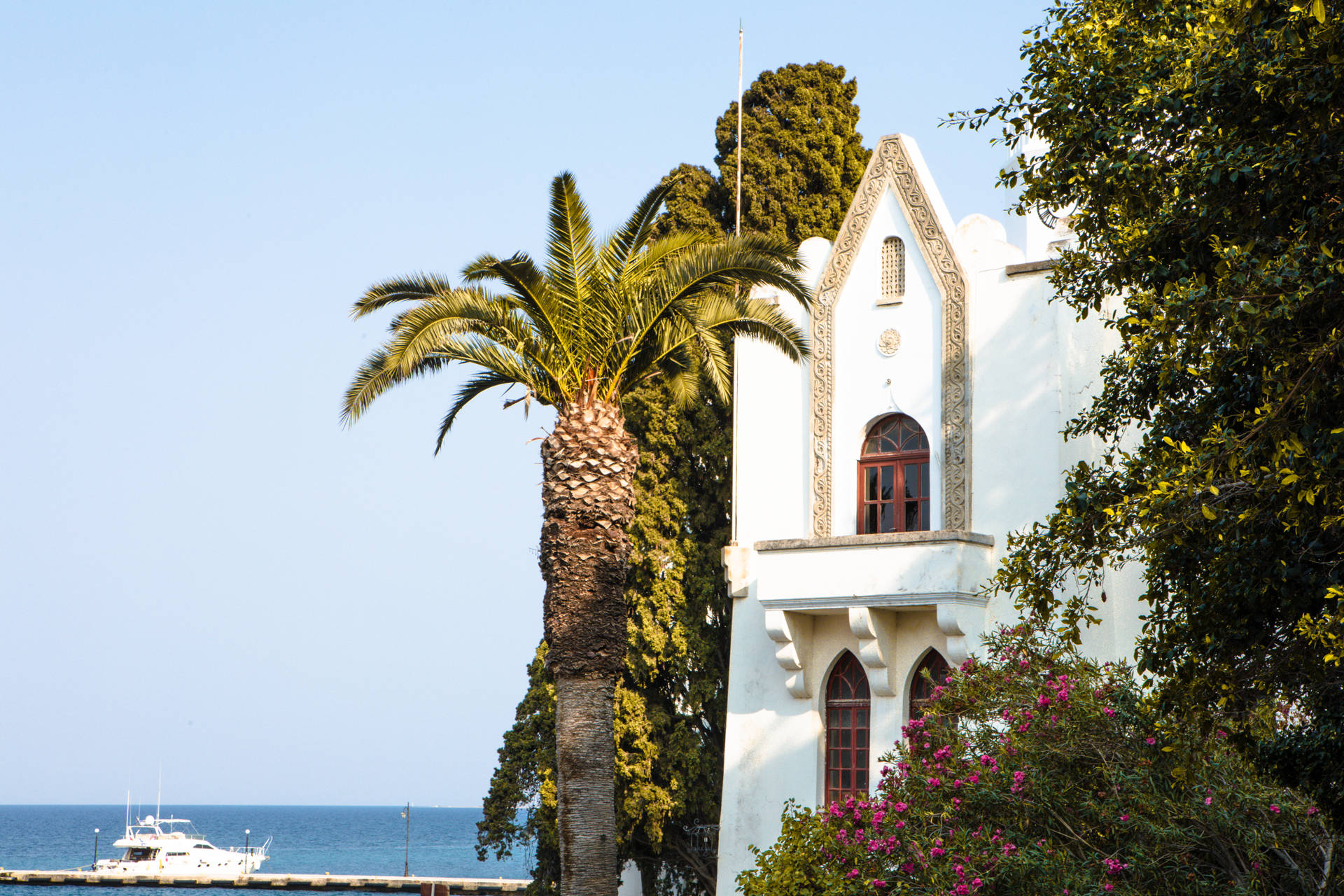 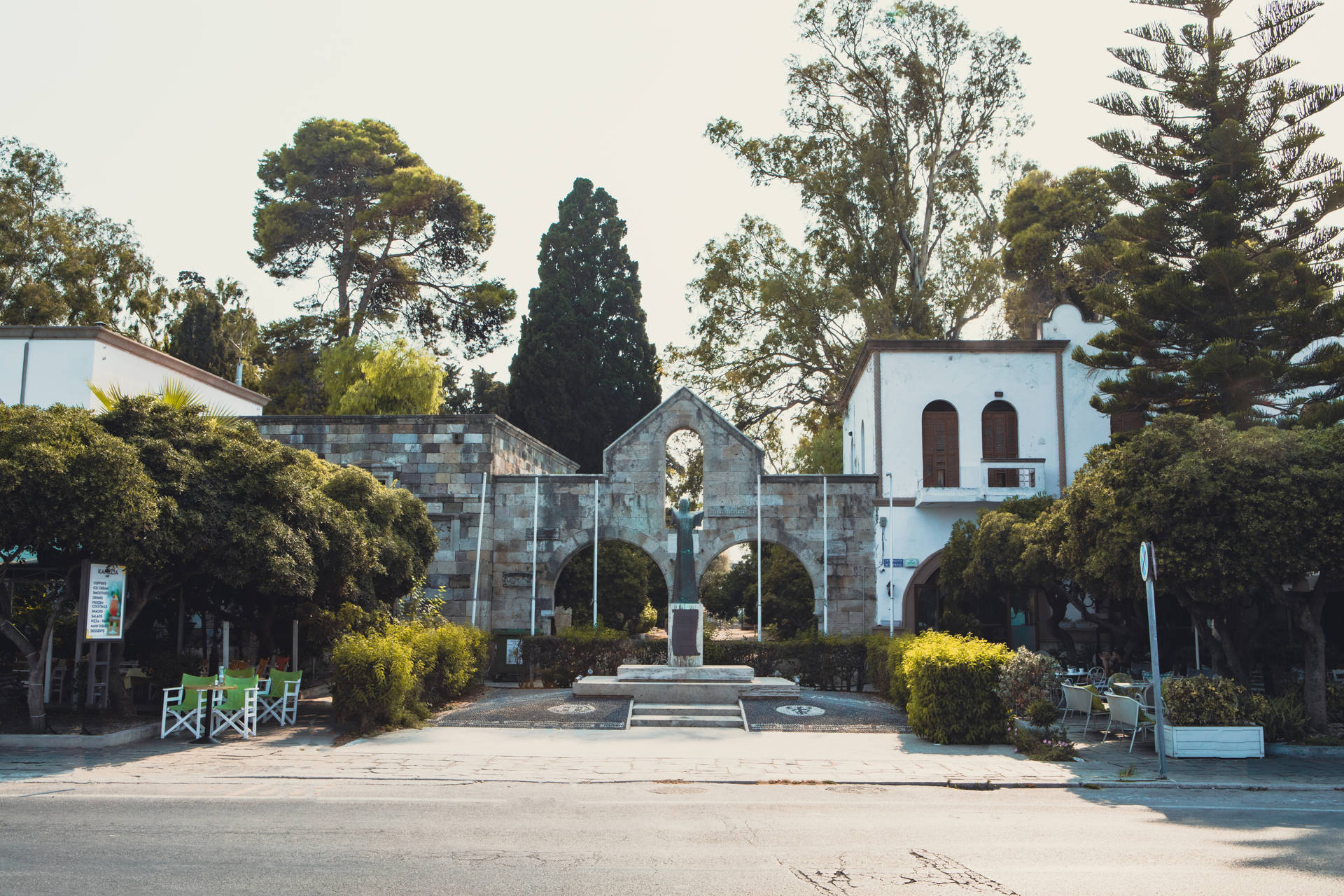 The Archaeological Museum, in Eleftherias Square, is the obvious place to start your cultural tour of the landmarks of Kos town. It will help put everything into context. But before entering, first admire the building, completed in 1935 during Kos’ Italian occupation. Once inside, you can enjoy some of the most important artefacts found at the sites you’re about to visit. Highlights from the Ancient Greek period include a bust of Hera in the hallway and imposing sculptures of Hippocrates and Hermes.

Your first outdoors landmark of Kos town is just 200m away, in the Limenas district just by the port. The Ancient Agora was the administrative and commercial centre in antiquity and, unsurprisingly, has contributed many of the island’s most important archaeological finds. Dating to the 5th century BC, the Agora was much more than a marketplace, with excavations unearthing mosaics, temples and statues as well as the galleries and other commercial buildings servicing the neighbouring ancient port. Amongst the most important remains are temples dedicated to Aphrodite and Hercules and a 5th-century AD Christian basilica.

A short walk from the Ancient Agora is an altar to the ancient god of wine and pleasure (much loved here, according to statues and engravings found elsewhere on Kos) dating from the 2nd century BC, a time of great prosperity for the island. The altar’s frieze (now kept in the hall of the Neratzia Castle) depicts a battle of the Amazons as well as Dionysus’ entourage of satires and maenads. Only a stone wall of the upper part of the foundations and the entrance of the altar remains but you’ll find parts of a Hellenistic period Doric temple (also seemingly dedicated to Dionysus) next door.

It’s time to fully explore Kos’ Roman era now, starting with the Casa Romana (or Roman House), a 36-room mansion with three atriums, each with its marble fountain. The frescoes and floor mosaics give you an insight into the luxurious decor of an aristocratic residence in Roman times, with many of the details we enjoy today the result of a restoration project in the 1940s. You’ll admire floor mosaics with artwork depicting animals (such as a leopard, tiger and dolphins and other sea life) as well as statues of nymphs, the god Asclepius and the goddess Athena. The architectural style has been likened to that of Pompeii.

Just west of the Casa Romana is one of the most important ancient landmarks of Kos, the now restored Roman Odeon. It was more than a venue for musical and other cultural events as the Senate of Kos gathered here, with 14 rows of seating (9 have been restored) creating a 750-seat capacity. As you admire the amphitheatre, imagine that it was originally roofed and richly decorated with statues and other artwork (including the statue of Hippocrates in the Archaeological Museum) and was linked to workshops and other buildings. It is still used to host cultural events today.

Your next taste of ancient Kos is actually an entire neighbourhood of archaeological treasures, collectively known as the Western Archaeological Zone. Amongst the ancient columns, walls and arches, you’ll find the Gymnasium, dating from the 2nd century BC, where athletes would prepare and oil themselves up before competing in the neighbouring Stadium (approximately 180m long and 30m wide). There are also three sets of Roman Baths (the Harbour, Northern and Western Baths) that would have included intricate heating mechanisms, as well as Christian basilicas and other gems depicting everyday life in antiquity.

You leap fully into medieval times now and enter the world of knights on horseback as you head back to Kos harbour (the only longish walk, around 1.2km) and visit Neratzia Castle (or the Castle of the Knights of St John). Built in the 14th and 15th centuries, the castle originally occupied an islet connected to the mainland by a drawbridge (the land was later united with the mainland but the drawbridge remains). You arrive along the aptly named Finikon (Palm tree) Avenue – the main bicycle route of Kos town – and as you enter the castle, you are greeted by two fortifications (internal and external) as well as a circular tower at each of the four corners. Look for the inscriptions of the knights and others in the stonework.

The Plane Tree of Hippocrates

Just next to the castle is another landmark forever associated with Kos’ most famous son. The Plane Tree of Hippocrates is supposedly where the good doctor sat in the shade and taught his students. The tree you see today is around 500 years old, meaning it isn’t anywhere near old enough, but many believe it replaced Hippocrates’ original tree which, according to 16th and 17th century anecdotal evidence, dwarfed the one we see today. Either way, the 12m circumference of the tree we enjoy today is a monument of history. If only its branches could talk.

You step into Ottoman times next with two mosques from the Turkish occupation, either side of the Ancient Agora. The two-floored Defterdar (or Nefterdar) Mosque in Eleftherias Square has a dome supported by 12 arches, while the Hanji Hassan (or Loggia) Mosque is in Lotzias Square, behind Hippocrates’ Plane Tree. Both are from the late 18th century and, while no longer functioning mosques or open to the public, are examples of Islamic architecture, with their minarets still intact.

Your final Kos landmark is right next to the Hanji Hassan Mosque. Designed by the architect Florestano Di Fausto in the 1920s, the Government House of Kos was the administrative headquarters during the Italian occupation and today houses the island’s courthouse. It is constructed as a polygon around a central internal courtyard.

What is the best way to get to Kos in Greece?

Kos airport receives direct international flights during the holiday season and domestic flights from Athens throughout the year. There are also daily ferries from to Kos from Piraeus port during the summer (around 10.5hrs) as well as seasonal ferry connections with nearby islands and Crete.

What is the best way to get around Kos town?

The distances between the cultural landmarks of Kos town are small, with the highlighted stroll only 3.2km in total and most landmarks just 50-350m apart.
Another great way to get around Kos town is by bike. It has the best network of bicycle lanes of any Greek island.

When is the best time of year to visit Kos? 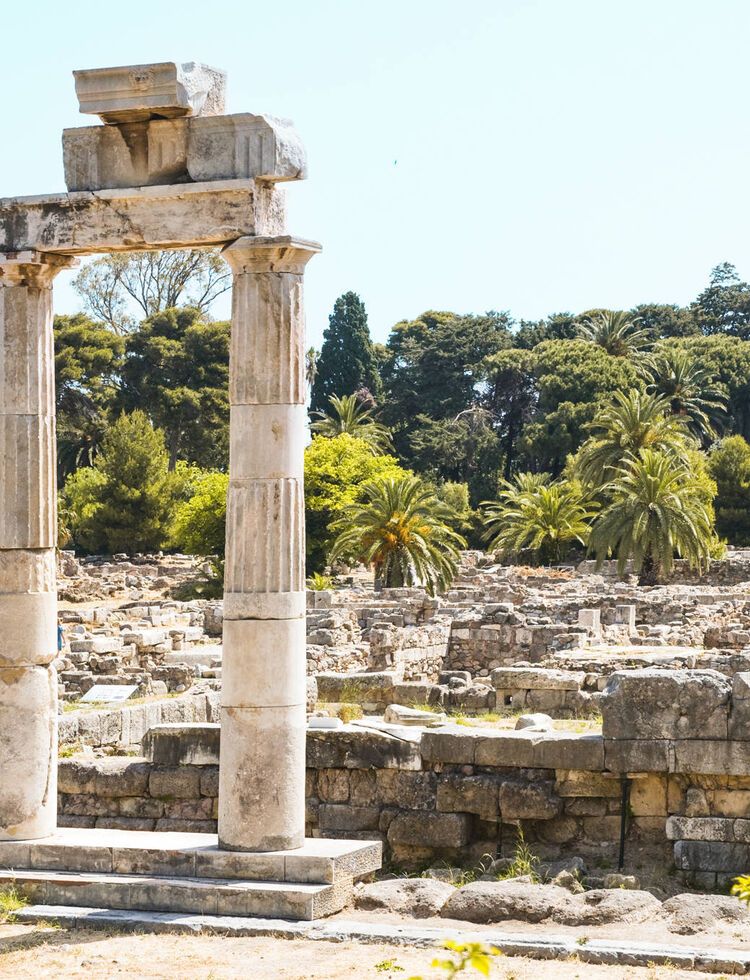 Keep the streets as clean as possible by using the bins provided or, if necessary, keeping your rubbish with you until you find one.
Use a refillable water bottle to try to minimise your use of plastic.
Respect the cultural monuments and relics.
No pets (other than guide dogs) are allowed in cultural sites.
Smoking is prohibited
Read More Read Less