There’s a Byzantine mysticism and Italian finesse to Patmos’ main town that reveal themselves with every step you take. 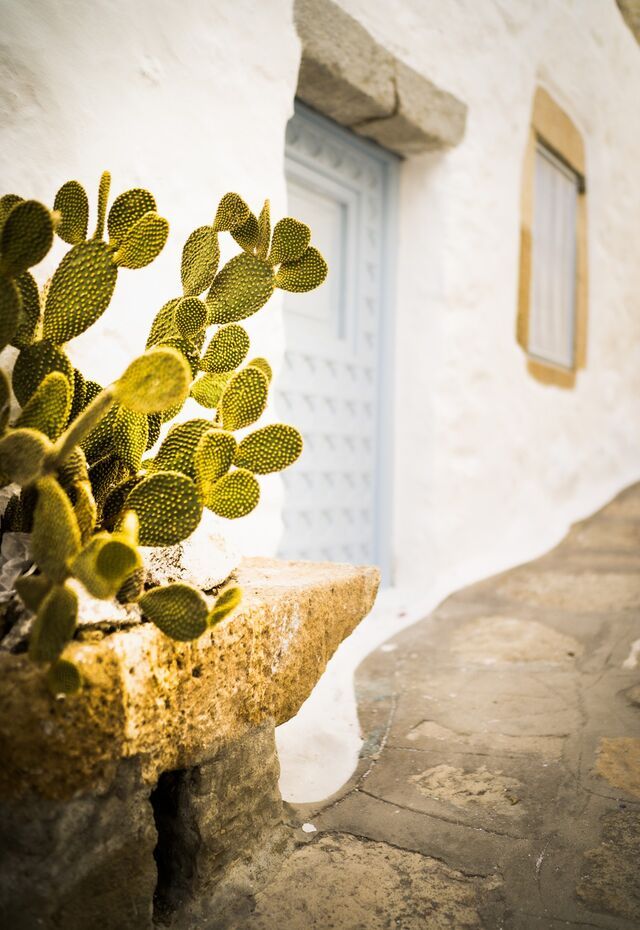 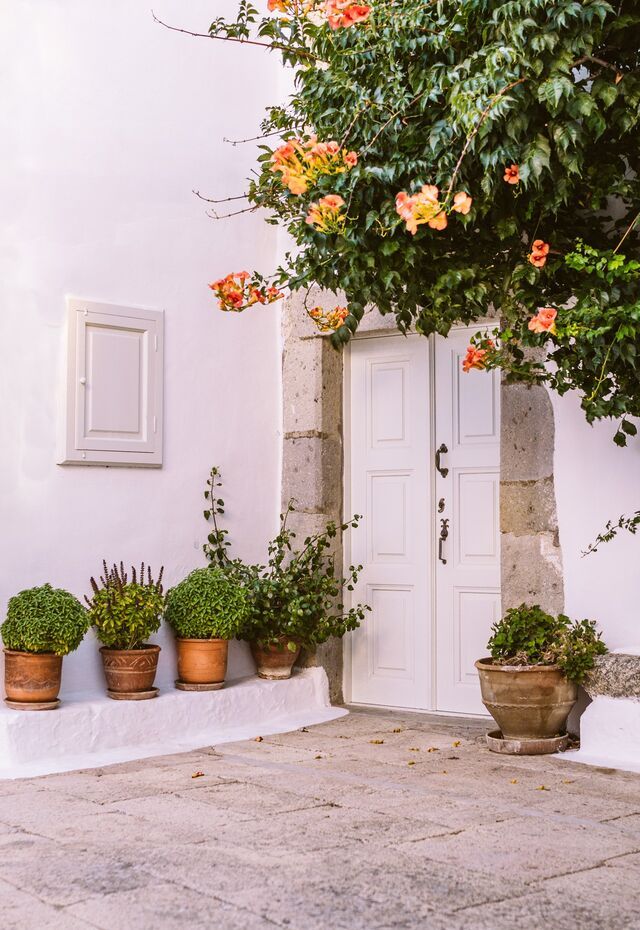 It’s not for nothing that the historic centre of Patmos, along with the Monastery of St John the Theologian and the Cave of the Apocalypse sitting above it, has been declared a UNESCO World Heritage Site. Just strolling along the maze of alleyways, through vaulted archways and past dazzlingly white and mostly immaculately maintained houses, makes you feel like you could be in the 16th or 17th century – which is when many of them were built.

Towards the bottom of the town, the walls of houses are thicker, giving the town a feeling of a Byzantine fortress – exactly what Hora (as the main town is known) was during the days of pirate raids.

Perched right at the top of town, where it’s been since the 11th century, is the castle emitting a special aura over an island that also hasn’t lost any of the finer touches brought by the Italians, who were here from 1912 to 1943. Even if it’s just in a gelato, you’ll appreciate it.

Patmos (2½hrs by boat from Kos) is where restaurants with trendy cuisine and rooftop bars serving cocktails sit effortlessly alongside traditional tavernas and coffee houses. But where Hora (known to Greeks as the queen of Horas) really leaves an impression is during those magical times when everything around you goes still and a rare and mystical silence presides.

Read More Read Less
See the gallery
High on the hill above Hora, The Monastery of St John the Theologian 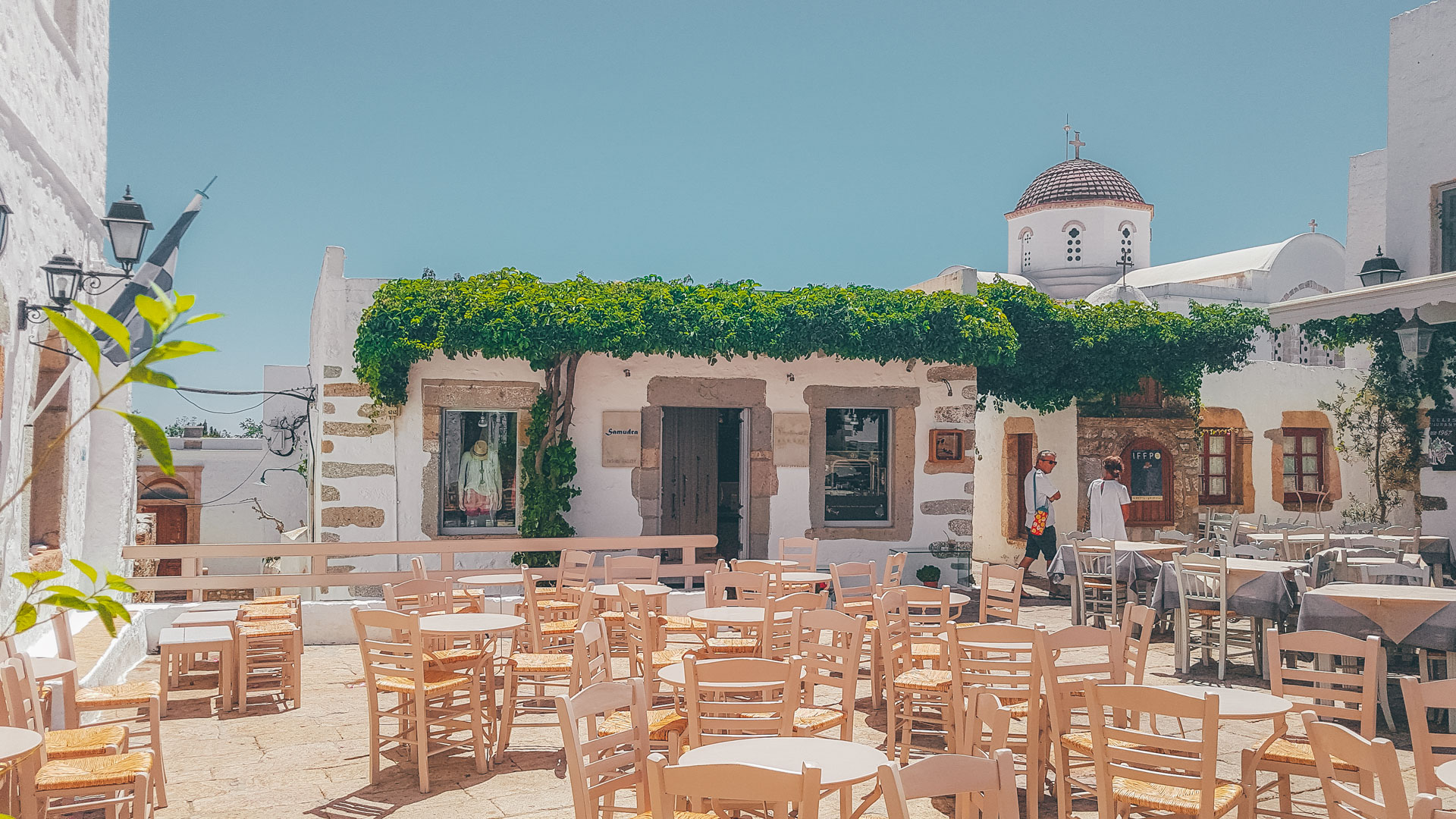 Xanthos Square, housing the Town Hall from around 1870
Maria Kofou 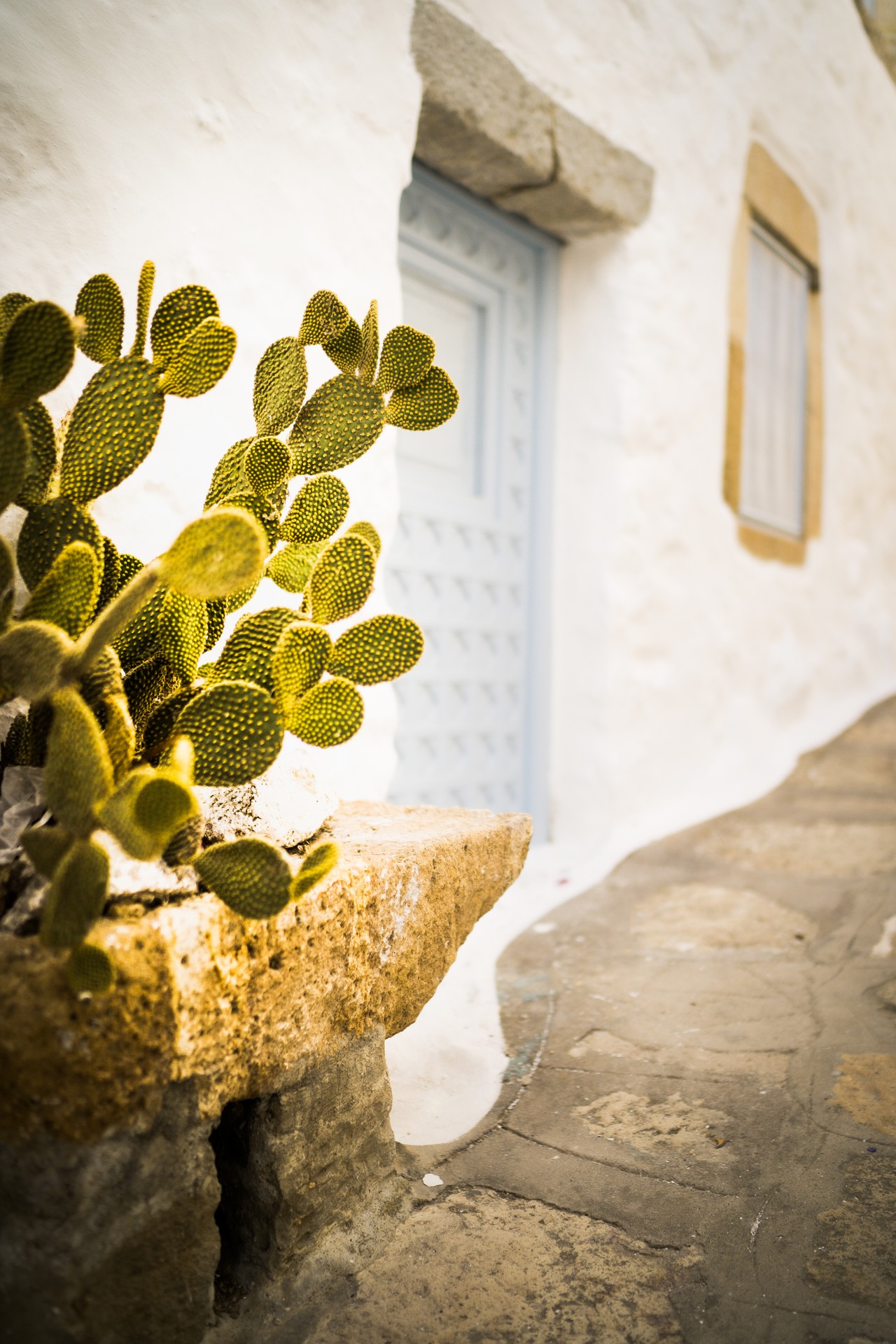 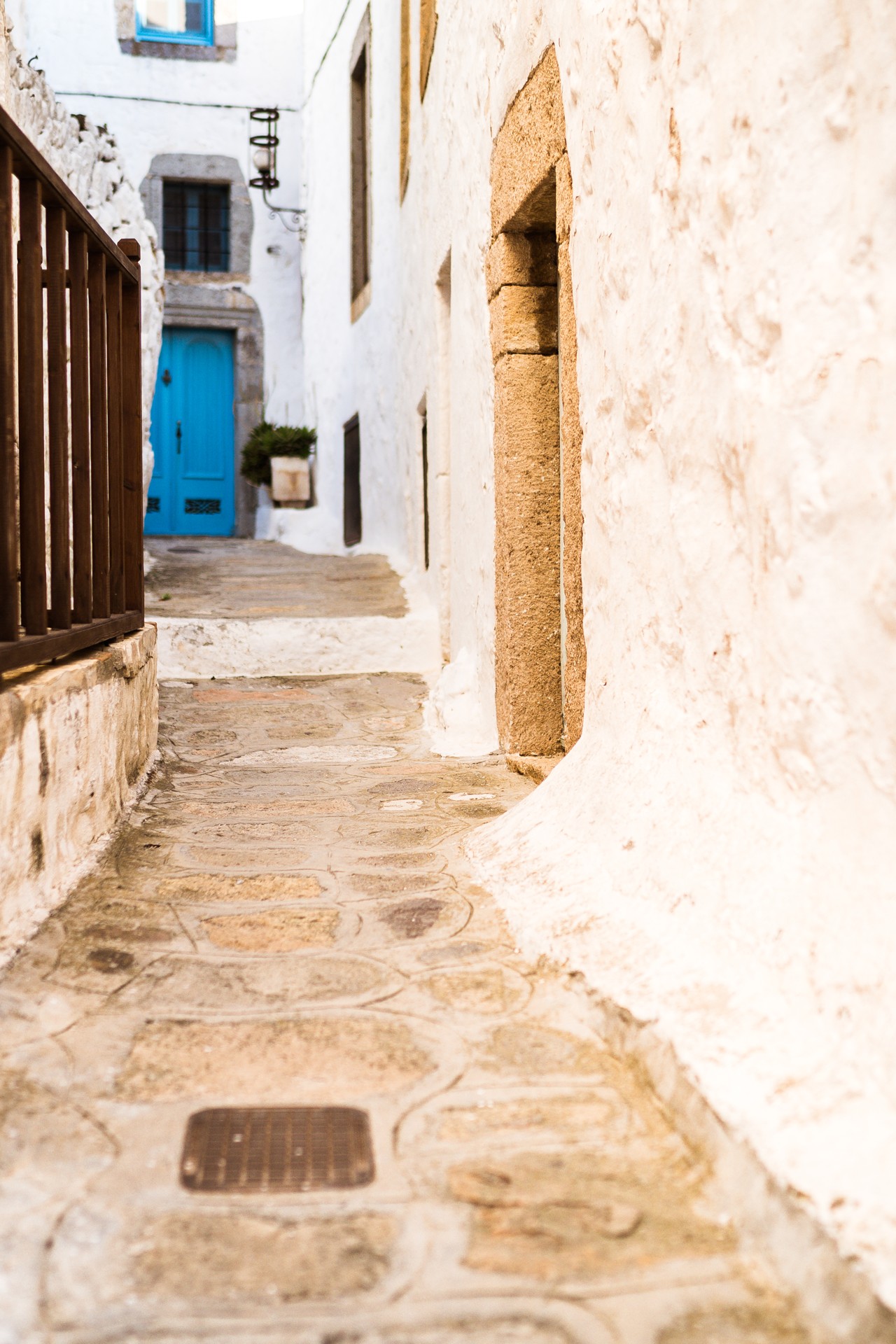 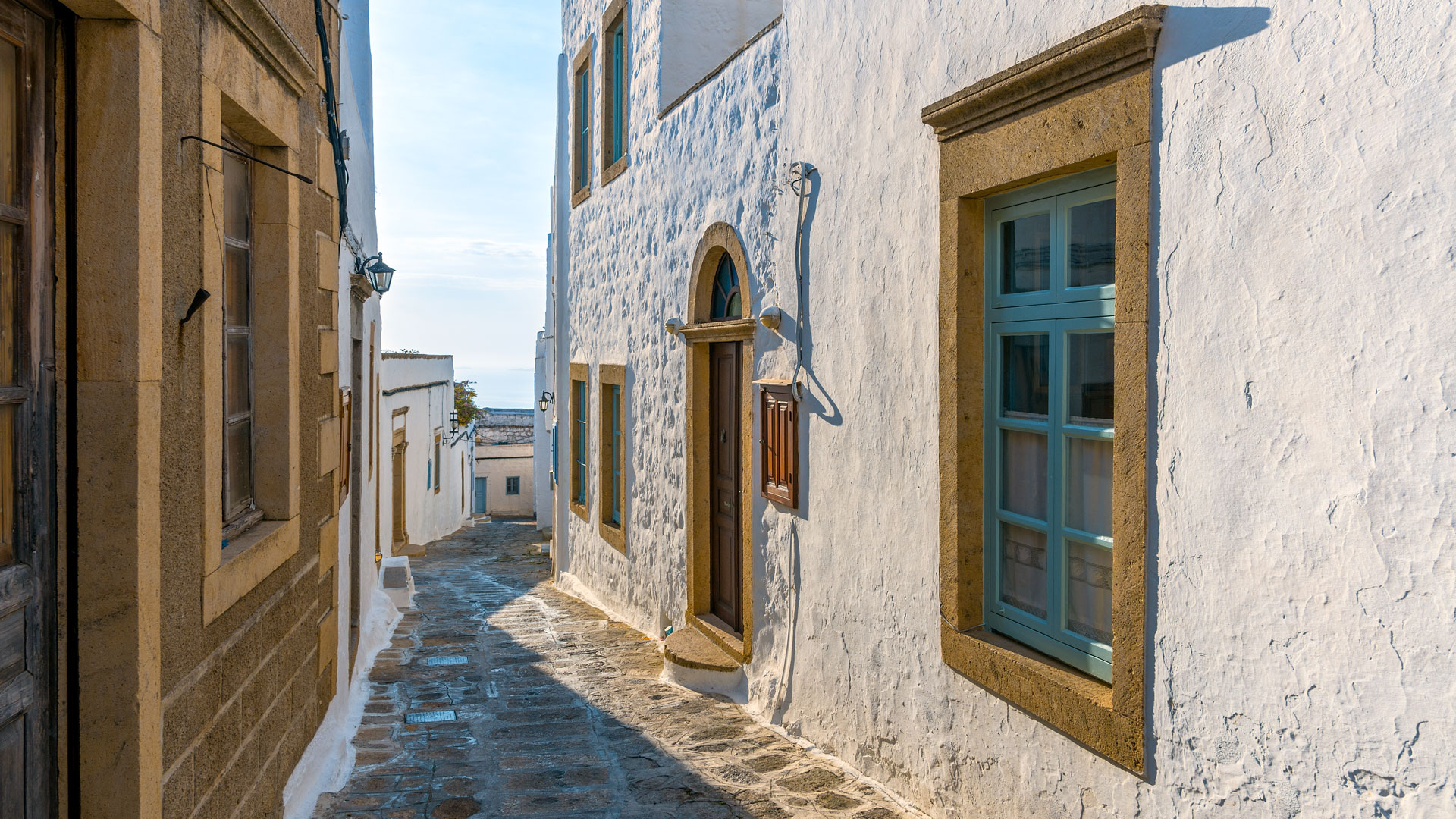 Stroll along the maze of alleyways, through vaulted archways and past dazzlingly white and mostly immaculately maintained houses 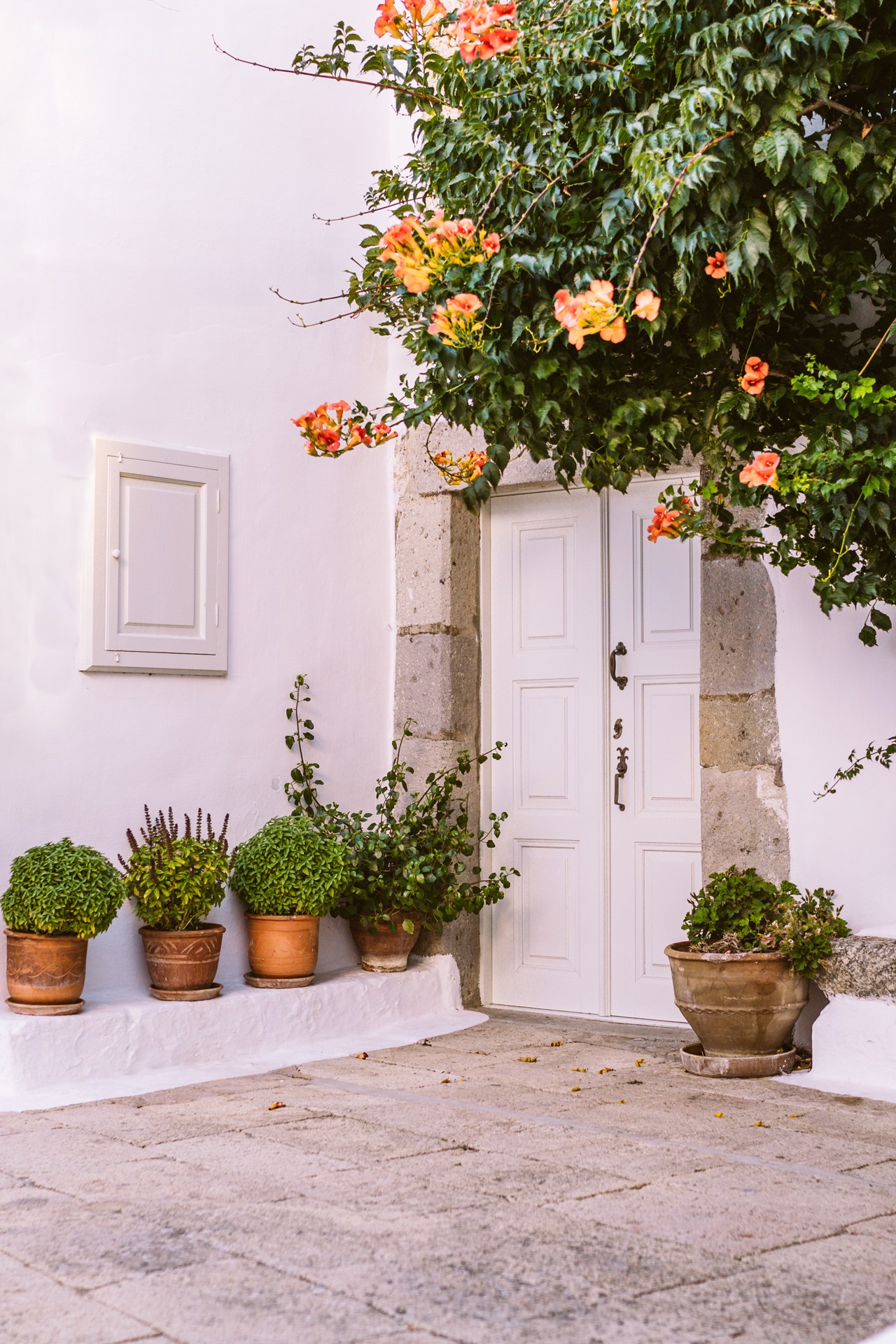 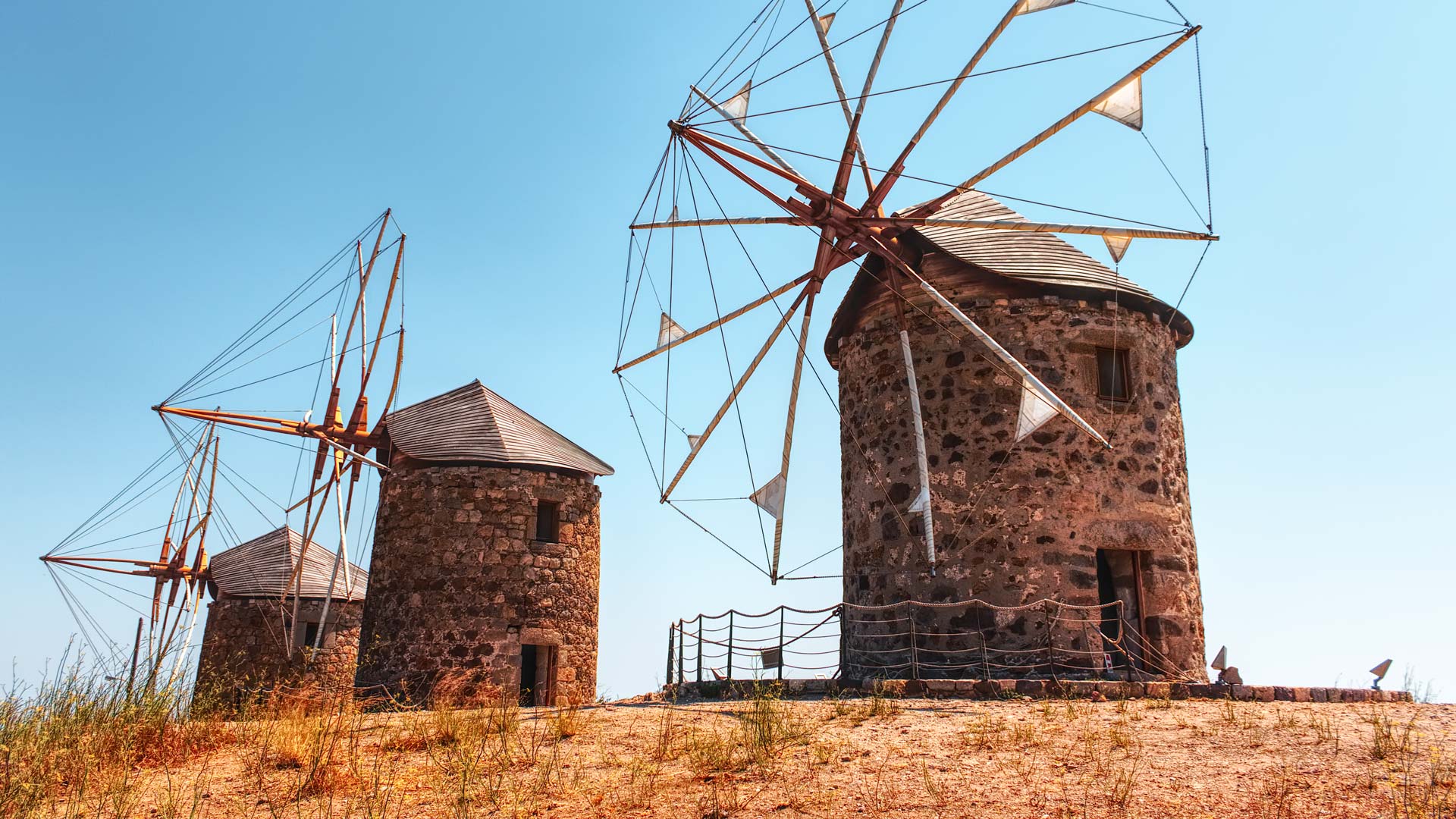 The windmills of Hora
Lorenzo Spoleti 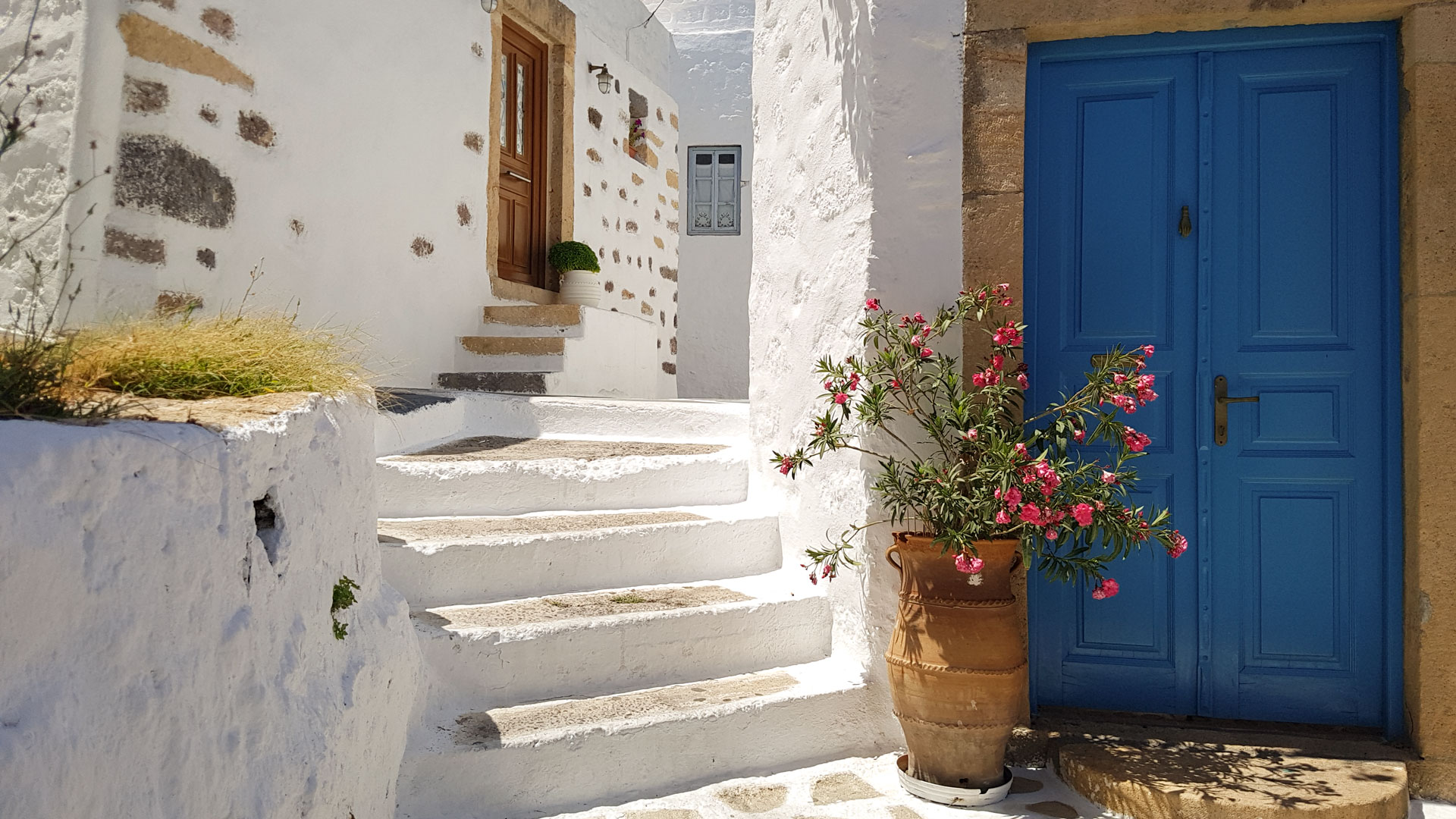 Stroll along the maze of alleyways, past dazzlingly white and mostly immaculately maintained houses
Maria Kofou 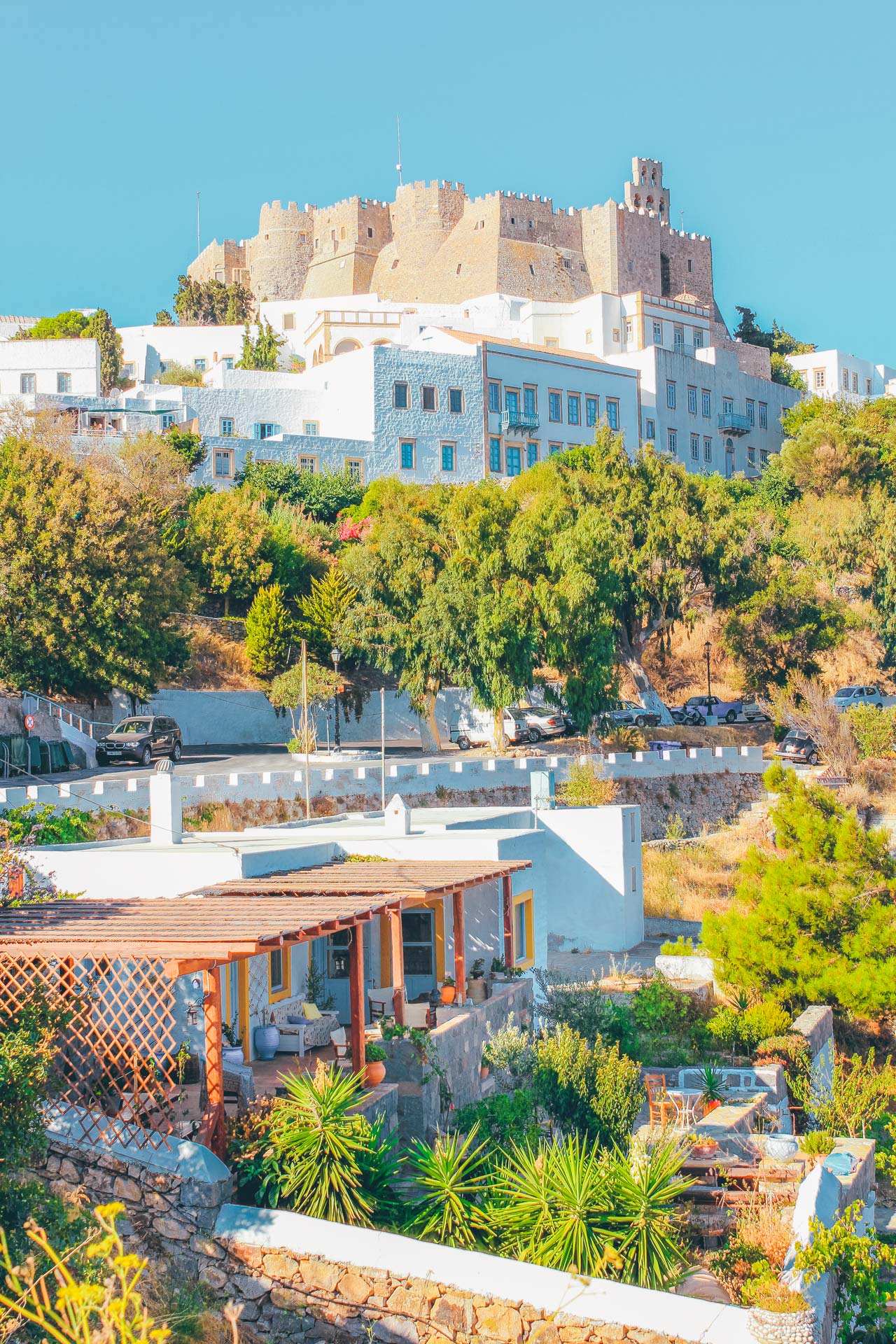 Towards the bottom of the town the walls of houses are thicker, giving the town a feeling of a Byzantine fortress 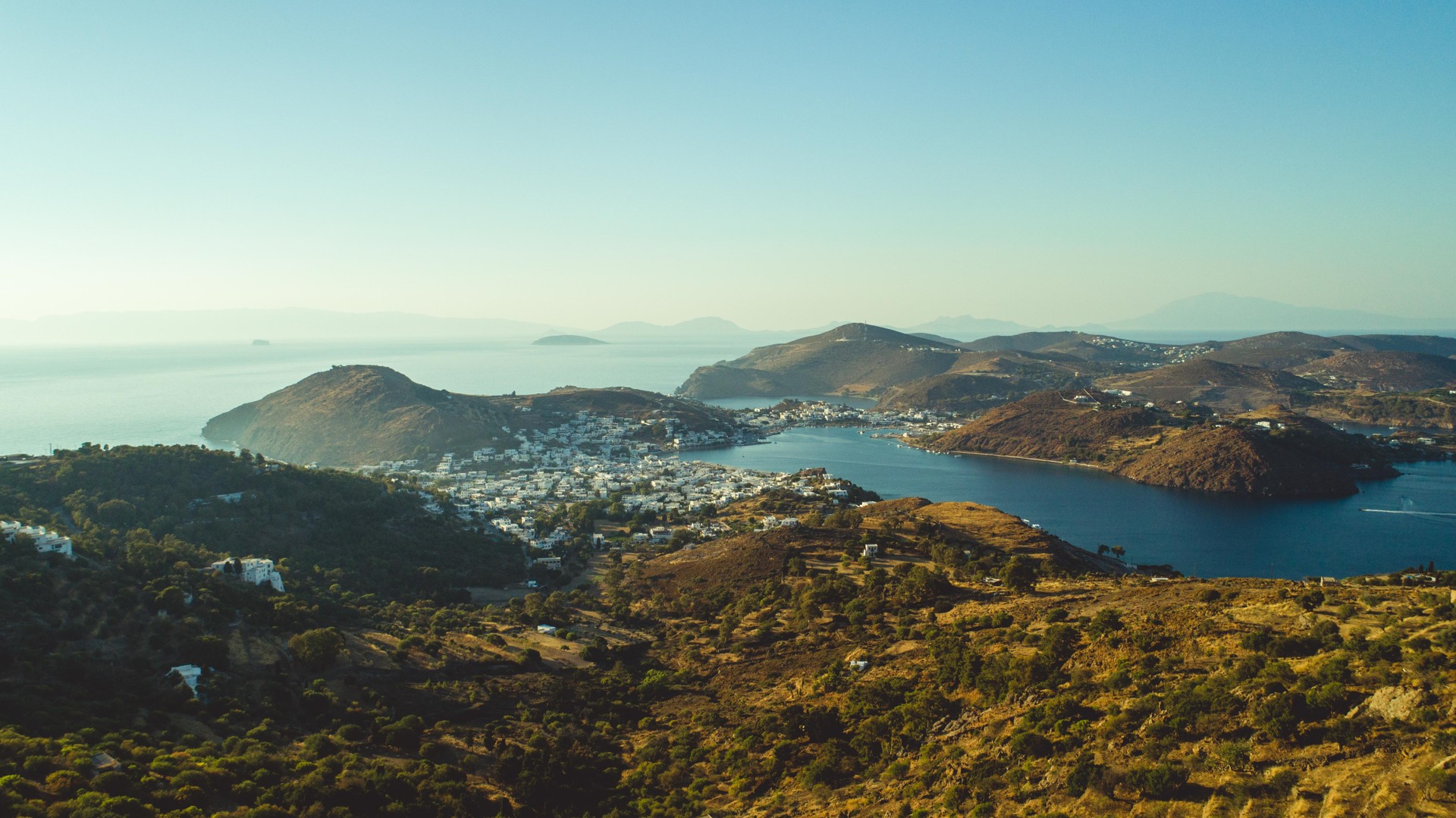 View of Skala from Patmos' Hora 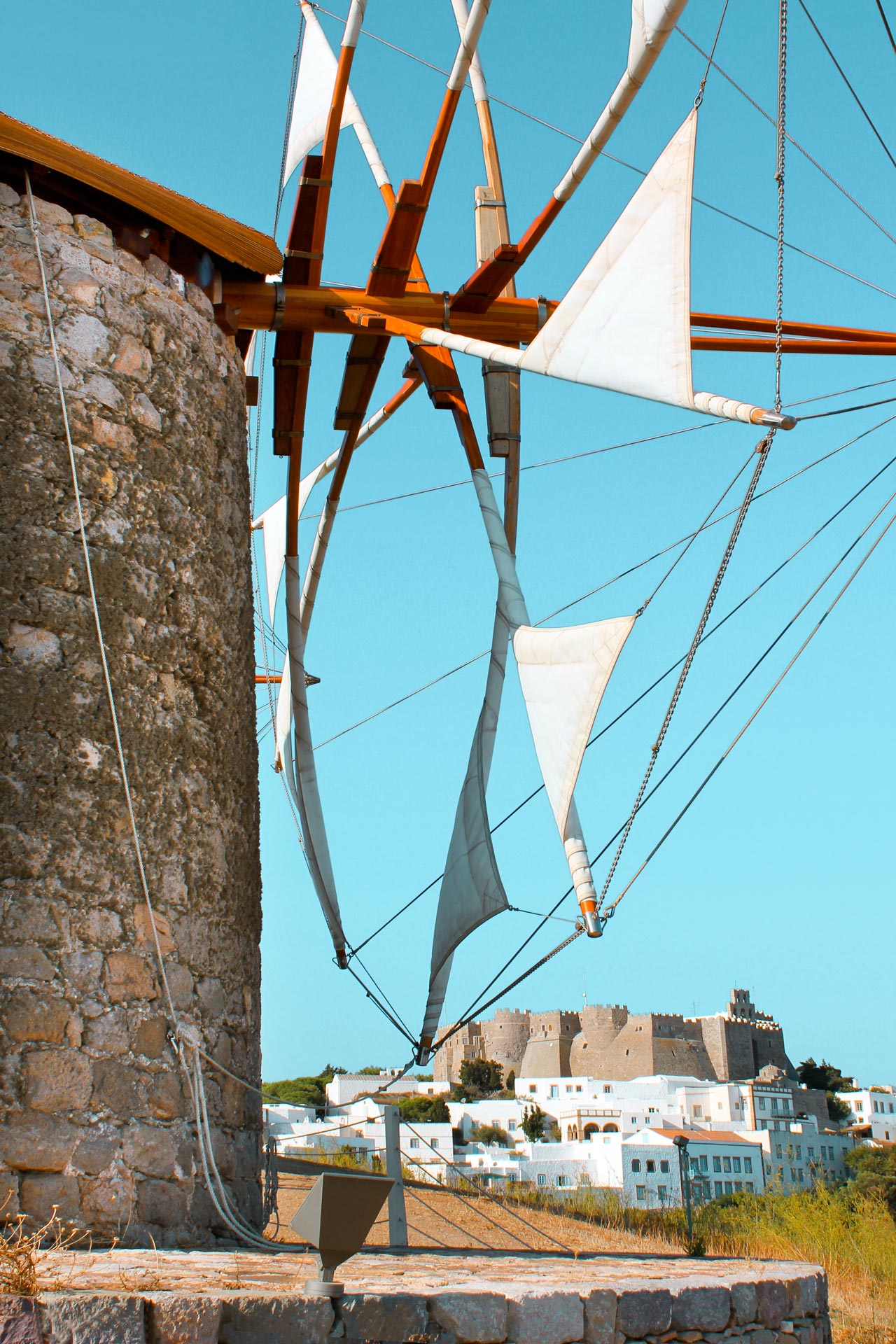 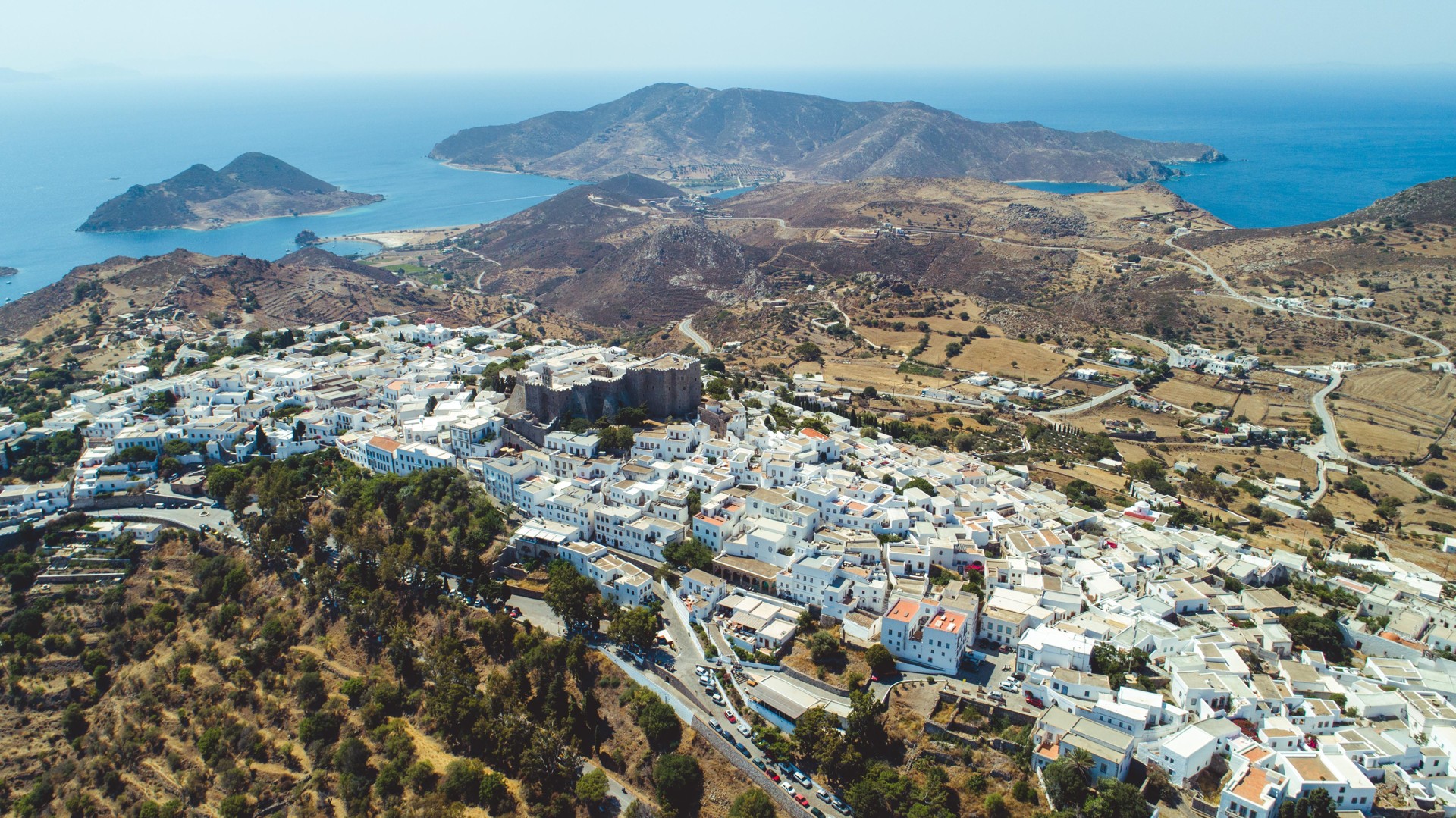 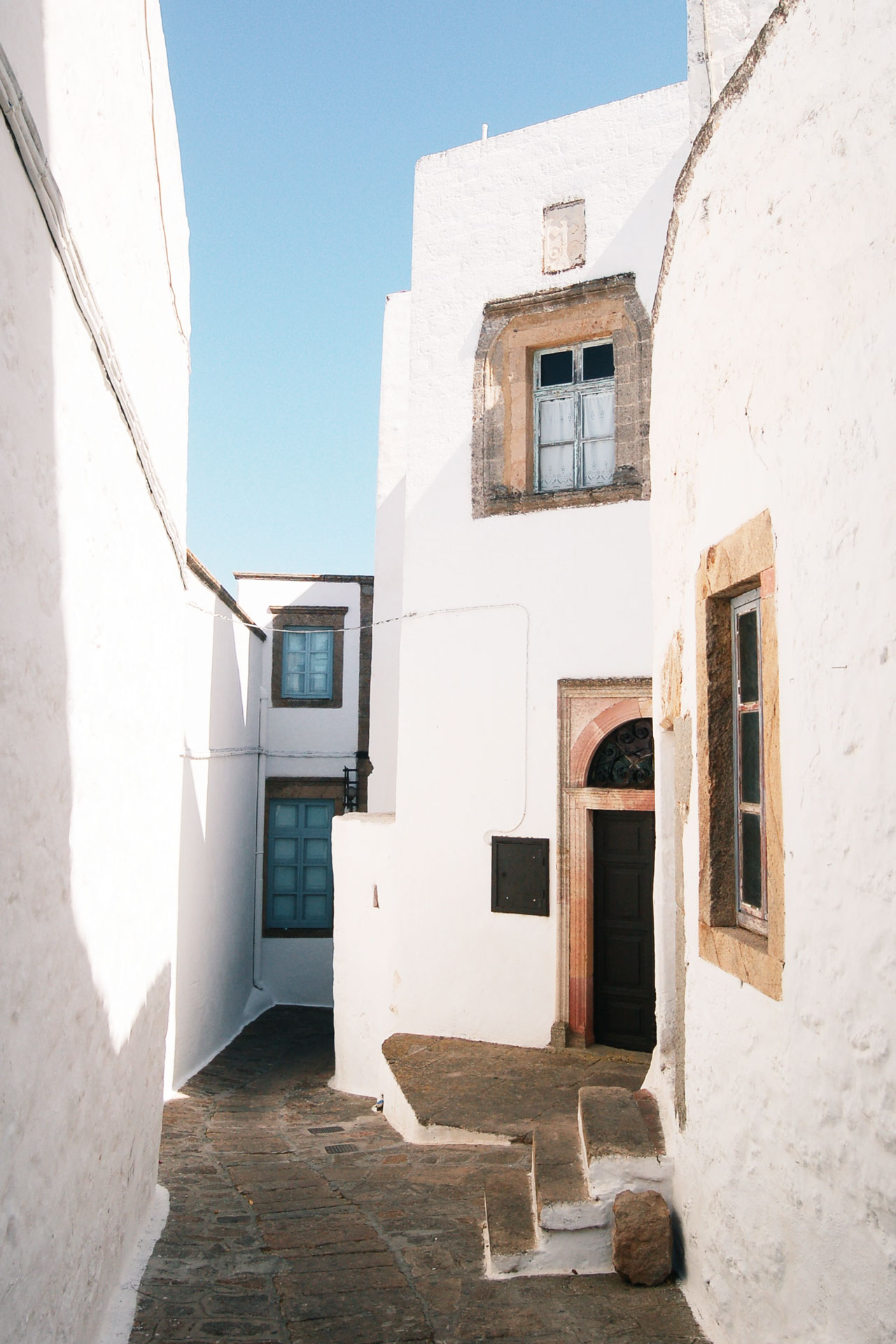 The Castle and Monastery of St John

Upon entering the castle, which encompasses the monastery, you’re immediately transported to Byzantine times. The views from here are truly panoramic (it’s visible from every part of the island). Within the monastery, there’s a wonderful library, along with ten chapels of different ages and almost 100 cells.

The Cave of the Apocalypse

Continuing up the mountain is the cave (more like a church now) in which St John the Evangelist wrote the Book of Revelation (also known as the Book of the Apocalypse). Banished by Roman emperor Domitian in 95 AD, John of Patmos took up residence in the cave, where he experienced his divine revelations.

Located near the cave, the Patmian School was founded in 1713. It became one of the most important seminaries in Greece during the Turkish occupation, with a long list of alumni who became prominent figures in Greek history.

The windmills of Hora

Before you leave, visit the three iconic windmills near the monastery. They’ve been beautifully preserved, complete with wooden sail frames and mill mechanisms. Utterly Instagrammable.

The Convent of Zoodochos Pigi

The convent in Hora was founded by an abbot of the monastery in the early 17th century. Its beauty lies in the fact that it’s not nearly as visited as the monastery, and so is wonderfully peaceful – until the five bells of its unusual bell tower chime.

Here’s a tip: Ask the locals to point out some of the landmark mansion houses in town: Vardikou, Palaiologou, Valvi, Founti (of Leonton). The Nikolaidi Mansion has been converted to a very good museum, in which a typical Patmian house has been recreated.

Notable for the impressive neoclassical building housing the Town Hall (Demarcheion) from around 1870. There’s a statue honouring Immanuel Xanthos, a local hero and one of the earliest Greek independence fighters.

This is a great spot for excellent food and cosy little shops selling local handcraft. Or you could just pull up a chair and grab an afternoon coffee or evening cocktail and feel time slow right down.

From Skala (the main port) to Hora:

The sights described here can be spread throughout your stay. But take your time and stop for coffee or a meal, or to shop for local artefacts.

There’s so much to see that it’s worth dedicating one day to the experience. 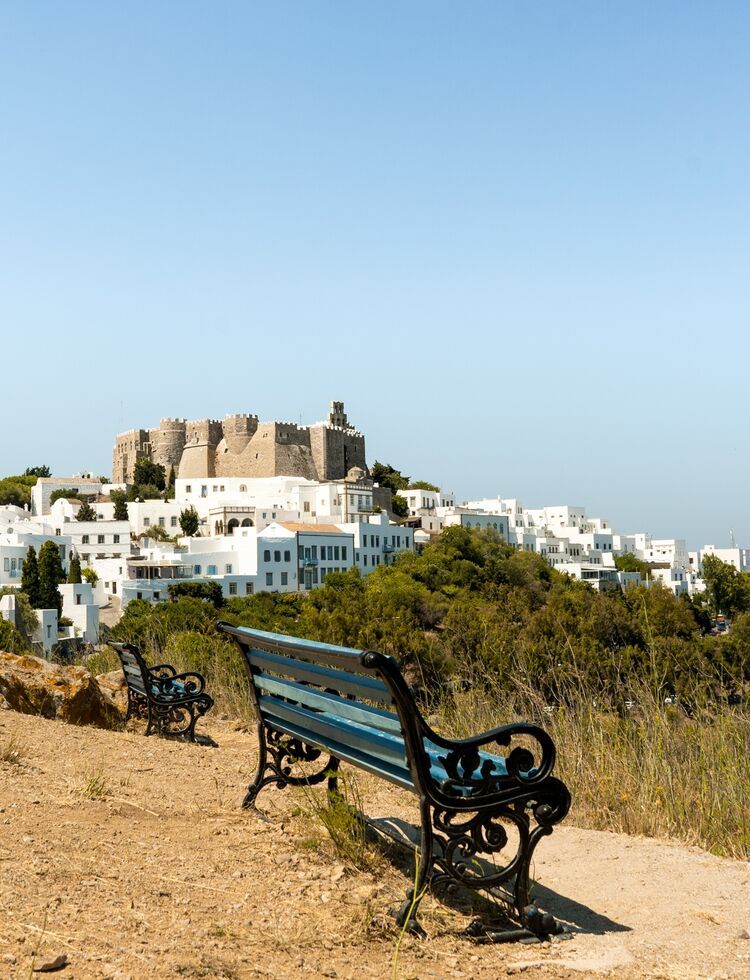 Keep the streets as clean as possible by using the bins provided or, if necessary, keeping your rubbish with you until you find one.
Use a refillable water bottle to try to minimise your use of plastic.
Respect the cultural monuments and relics and don’t use flash photography if there’s a sign forbidding it. It’s to protect the relics.
Do your best to support small, independent family-owned stores and local producers, taking home something handmade and local.
Please wear appropriate clothing in monasteries and religious sites (eg no shorts or skirts above the knee).
The nightlife in Hora wraps up by 2:00, out of respect for St John, the patron saint of Patmos. The fun continues in neighbouring Skala.
Be inquisitive and definitely ask the locals for tips.
Respect your fellow visitors and the locals. Respect the plants and animals.
Read More Read Less
DESTINATION

An island revelation with a touch of the divine
Discover It 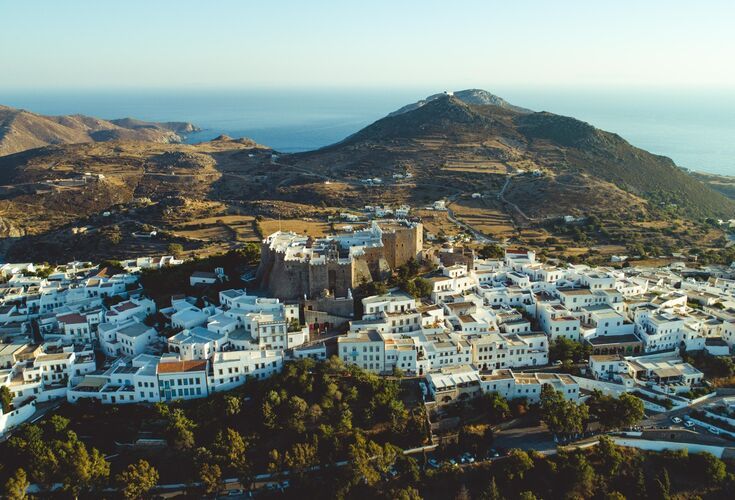 EXPERIENCE
A boat trip to charming Symi from Rhodes