5.09.2017
You close your eyes and Greece’s ancient history starts a bacchanalian dance around you
READING TIME
As long as it takes to drink a glass of ouzo
AUTHOR
The Discover Greece Team

You close your eyes and Greece’s ancient history starts a bacchanalian dance around you… The historic past of the land unfolds with every step you take. Leaves rustling, waves brushing a silky shore, the sounds of a forest and the soothing caress of a sea breeze; everything embraces the remnants of the past respectfully as if to shield them against the passing of time. Your every visit is a pyrotechnic array of sights, sounds, feelings and the ineffable energy of the country, driving you ever onwards to more exploration.

Here ancient history is surrounded by imposing nature, together transporting you to a past full of awe-inspiring deeds and feats of bravery. 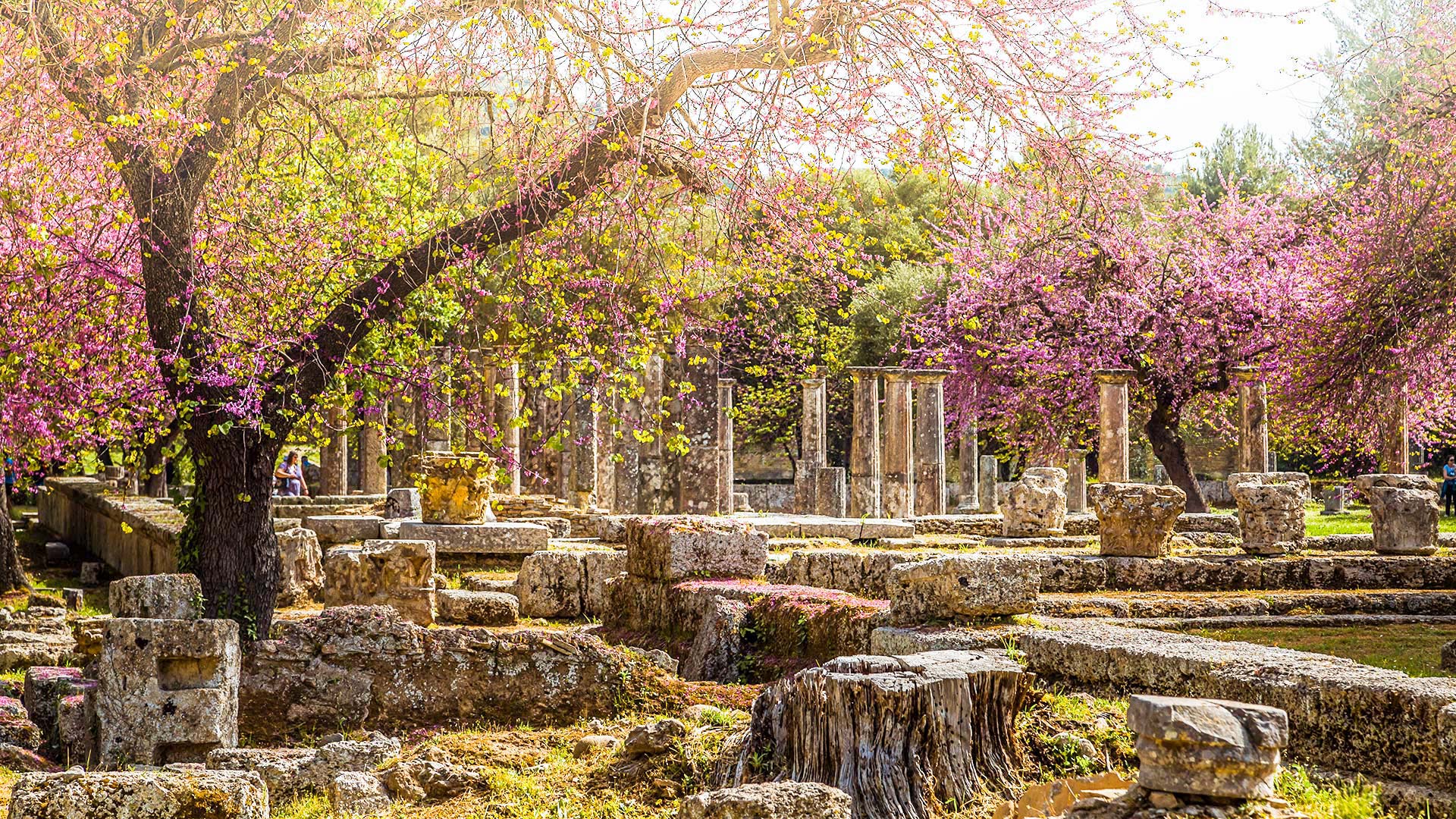 The glory and wisdom of the culture of Ancient Olympia that enchanted the whole world will put you on your marks, set for a trip back to the majesty of ancient Greece. The centenarian olive trees lining the birthplace of the Olympic Games are waiting to yield their wreaths, while the aroma pf pine permeates the atmosphere with a sense of  peace; a message to the whole world.

#2. Delphi, the navel of the Earth 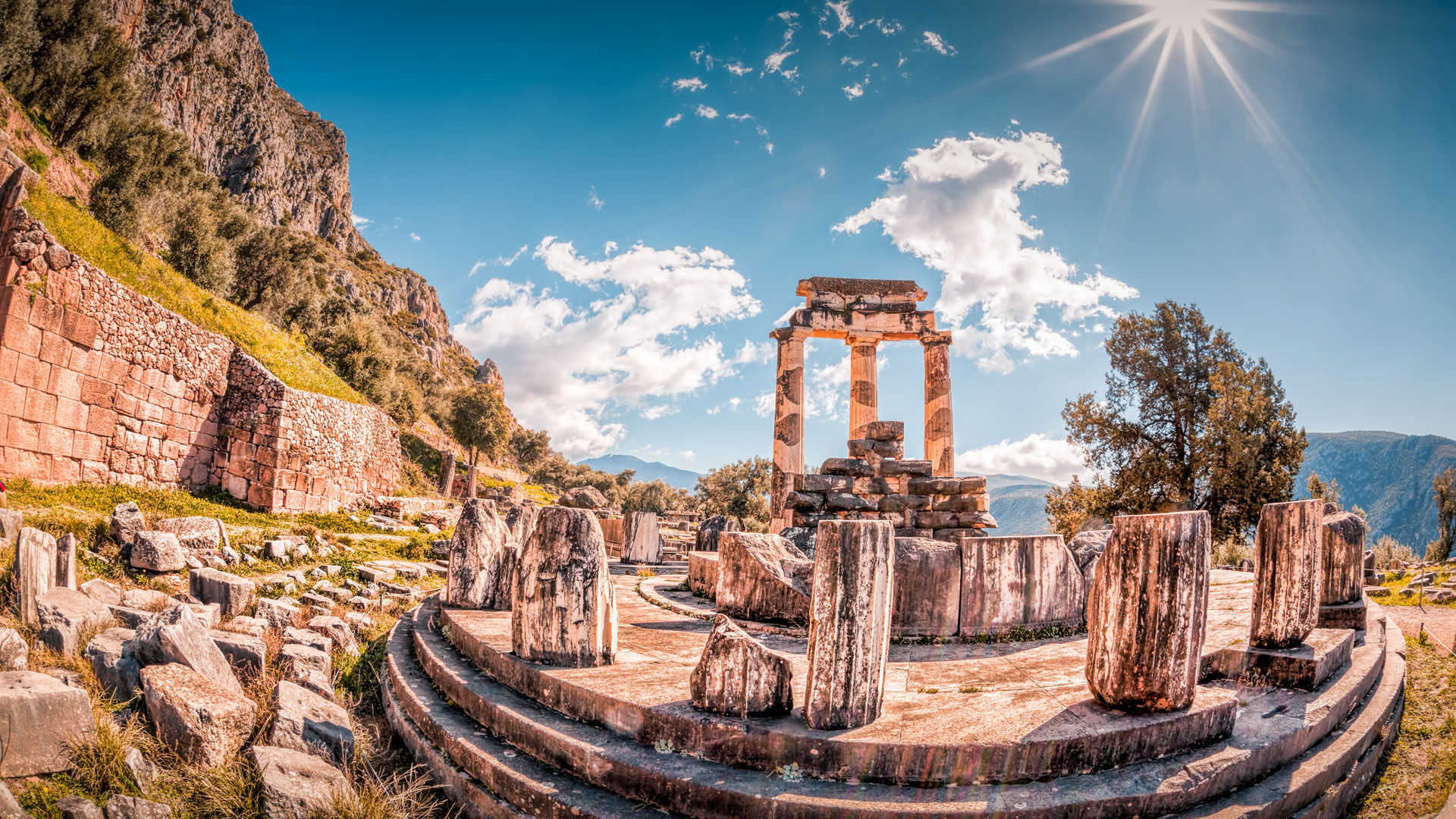 According to poet Angelos Sikelianos, Delphi is “… the nexus of the temples, the serendipity of nature…”, an axis where all “the mighty elements of the earth unite”. Built at the foot of Parnassos, with the sun washing into its every corner, with an unobstructed view of the Krissaio plain and the Corinthian gulf, the oracle of Delphi still exudes an intoxicating energy. Here the aura of ancient Greece is still palpably real. It’s not hard to imagine why Zeus’ eagles met here at “the navel of the Earth”. 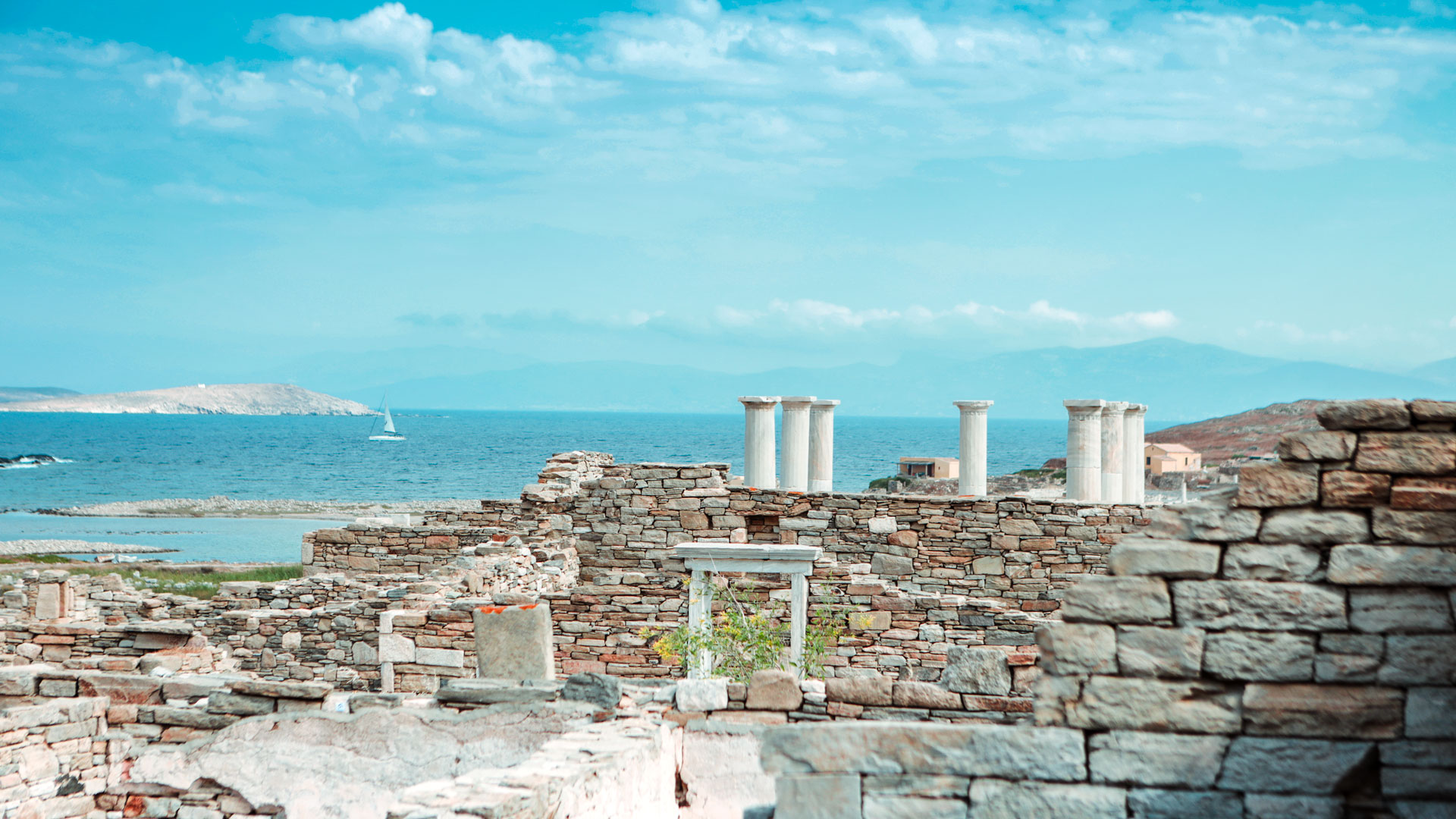 Now the location is the Aegean Sea and the dazzling light of Apollo himself. Delos is his island, a place to illuminate the imagination. Light streams skywards from the marble and granite, piercing the clouds and spreading its incandescence to the magic circle of islands around Delos, otherwise known as the Cyclades. 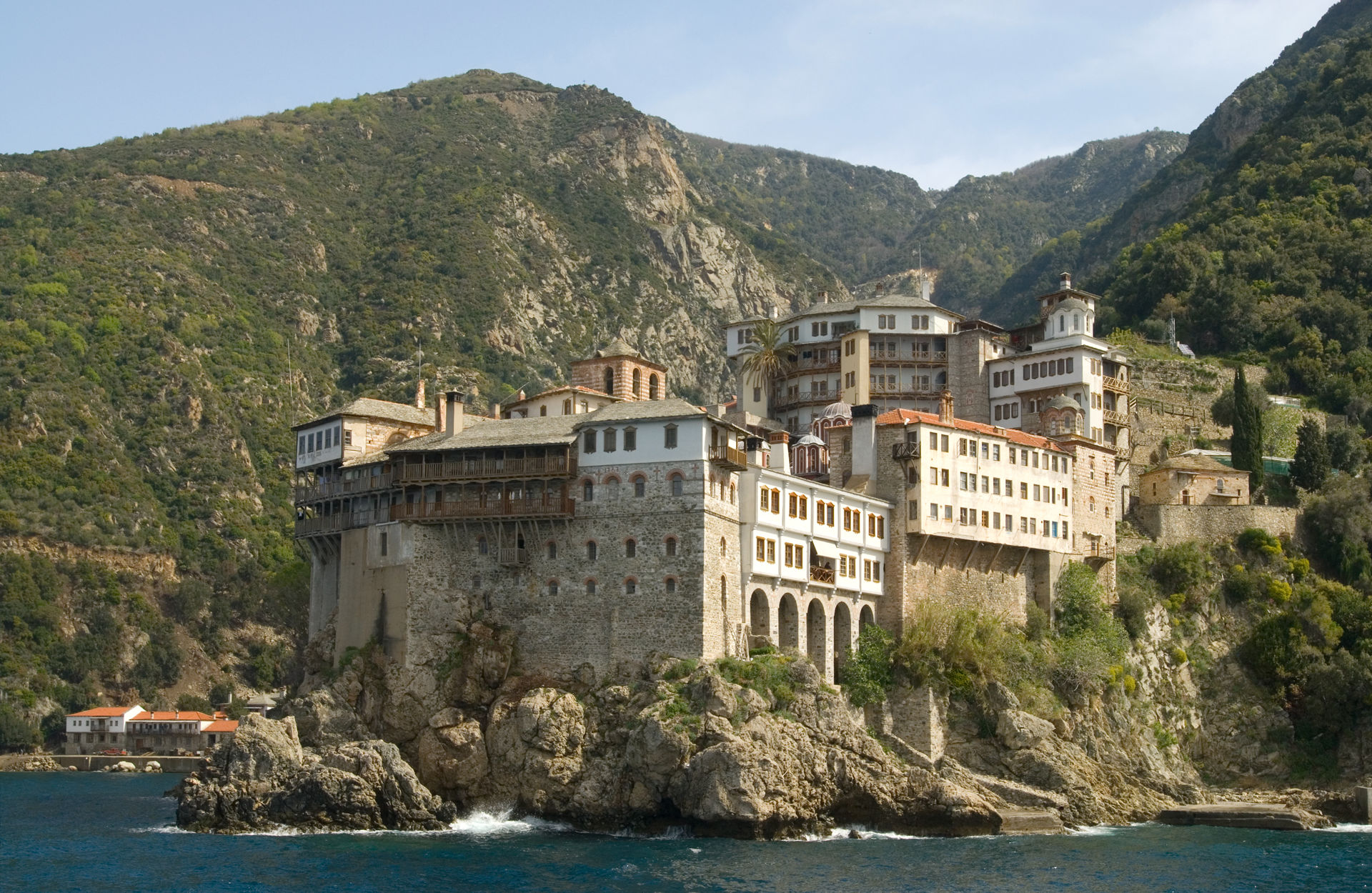 Ancient Greeks believed the world to be made up of the four elements of nature: Air, Fire, Earth and Water a Aristotle, Plato’s student and teacher to Alexander the Great, was the first to add Ether to the mix. The fifth element represents the secret of the world’s existence, the intangible, incorruptible and undimmed energy that bonds the rest of the elements with each other; the catalyst which connects and balances everything out, creating harmony and equilibrium. Here in Halkidiki, the home of Aristotle, you’ll certainly find all the elements in fine working order! And perhaps somewhere in the forests or on the exotic beaches you may even imagine catching a glimpse of the ancient philosopher indulging in his favourite habit of walking and teaching. Why not join him…

See the gallery
Located above the Temple of Apollo, the Ancient Theatre looks over the entire sanctuary and a valley of olive trees
Ancient Olympia was one of the most sacred and glorious sanctuaries of the ancient world
The Athenian treasury is one of the most impressive buildings on the site
Agora represents the daily life on Delos
The Theatre Quarter Delos
Ancient Stagira, the birthplace of Aristotle
The Discover Greece Team

An island monument at the centre of the Cyclades
Discover It 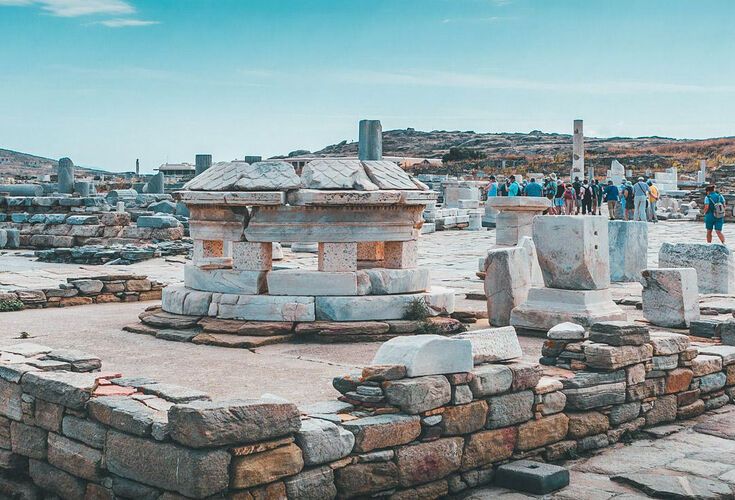