From a trusty koulouri bread ring to melt-in-your-mouth bougatsa or cheese pie and sweet-as-you-like tsoureki, grabbing breakfast in Athens is a quick but long-lasting experience

Athens may be a city that never sleeps, but that hasn’t stopped Athenians finding their very own version of breakfast – even if it’s often breakfast on the go.

You won’t have to walk far Athens, before coming across a koulourgis – somebody who sells koulouria, bread rings covered in sesame seeds, a cheap but surprisingly nutritious start to the day.

That’s if you’re not in the mood for a little treat because Greeks love puff and filo pastry pies, especially when they come in the form of a tyropita (cheese pie) or a bougatsa (puff pastry filled with cream) – the next most filling breakfast choice to set them up for a busy day. All washed down with a Greek coffee or an ice-filled freddo- cappuccino, of course.

So having a decent bakery close to your home or workplace is a must for most Athenians and, fortunately, there are lots of them about. 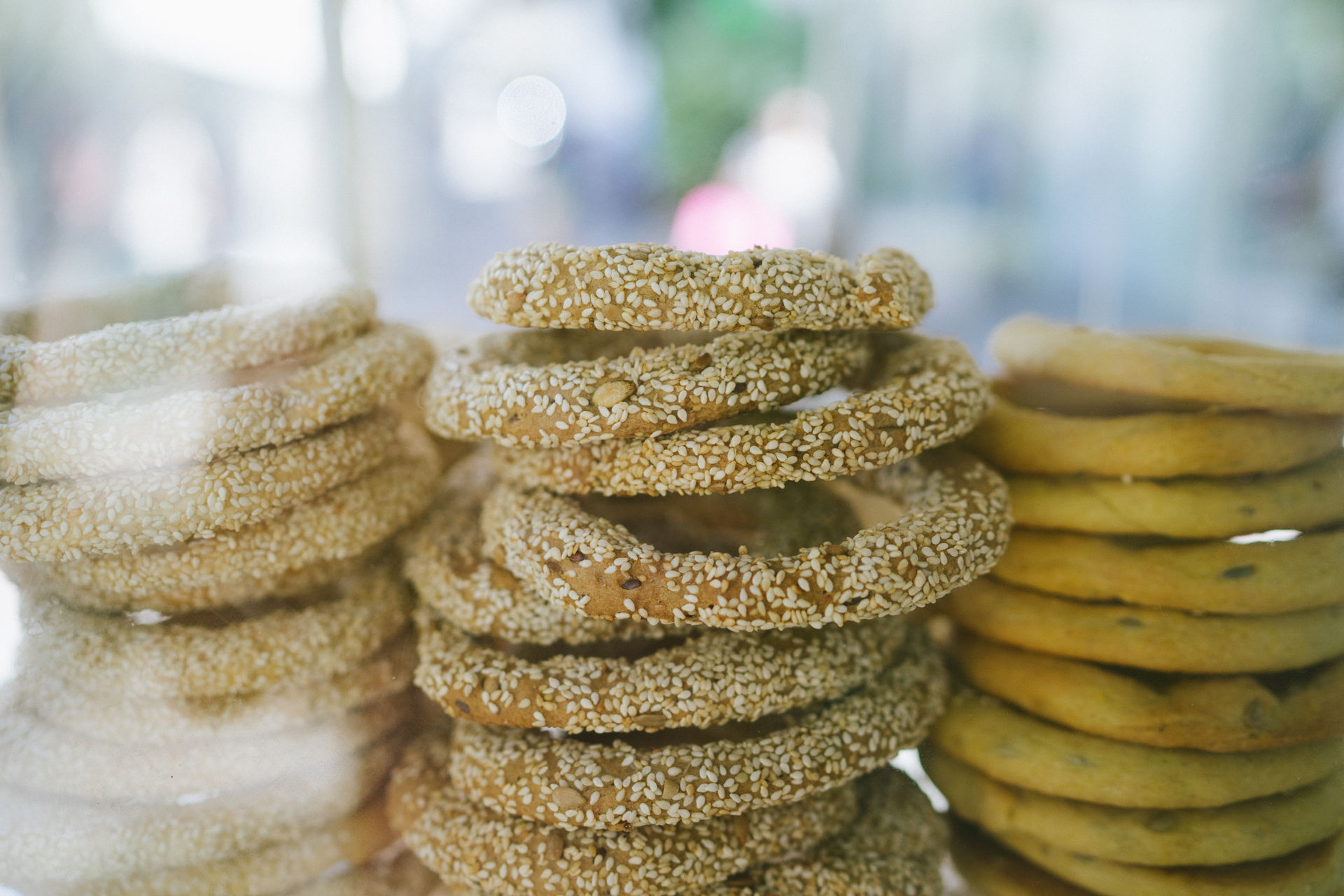 The best in town

Koulouri Thessalonikis, as this type of bread ring is known, can be crusty or very soft and you can choose according to your taste. In koulouri stands, you can also find current buns and tsoureki (a kind of sweet loaf) which are two more classic Athenian favourites. But you’ll find the best koulouri by far at Vassilis’, whose stand is on the corner of Evaggelistrias and Kalamiotou streets.

For pies with cheese and other traditional fillings, nothing beats Ariston, at number 10 Voulis Street, with shortcrust cheese pie its piece de resistance. The historic bakery opened in 1906 and is still going strong. It has supplied three generations of customers, amongst them some major Greek intellectuals, as well as a multitude of politicians, given the shop’s location. Every bite is a nostalgic journey to old Athens. The red-gold colour of the crust and delicious feta cheese stuffing combine to bring an incomparable taste experience.

Now, if you are headed towards Panepistimiou Street, it will be difficult to resist another essential breakfast stop, Mam, on the corner of Panepistimiou and Ippokratous streets. It’s another one of the city’s cheese pie shops with a long history. Its shortcrust pie had Athenians in a whirl about 60 years ago, as did its legendary kaseropita, a pie made with a low-fat yellow cheese. The owner of the shop came from Istanbul, giving the pies an eastern sweetness.

The shop, which bakes about 2,000 cheese pies a day, insists on traditional ingredients and has managed to maintain the same high standards over the years. There is also a second shop on the corner of Pesmazoglou & Stadiou streets. Purchasing your cheese pie from Mam 2 will give you the perfect excuse to explore the city’s fascinating and famous arcades.

On the border of the Exarhia and Kolonaki neighbourhoods, on the corner of Solonos and Ippokratous streets to be more specific, lies Makedonikon, a veritable time capsule of a pie shop, with a light blue facade and the 60’s mosaic floor, which, for years, has been feeding law students and politicians one of the city’s best traditional cheese pies. It is cut into generous square pieces and the baker certainly doesn’t skimp on the feta cheese.

Also close to the heart of the city is Mavili Square, an oasis that is right on Vasilissis Sophias Avenue and a few steps away from the architectural gem of the avenue, the Athens Concert Hall, boasting one of the best cheese pies in Athens. Mike’s pastry shop, on the corner of Soutsou and Dorileou Street, has provided unrivalled cheese pie since 1956. The handmade pastry, fresh butter and feta cheese are what make it stand out. It’s hard to say no to a second.

In the neighbourhood of Pagrati, in the shadow of the Panatheneic Stadium, you will find Pnika, which makes one of the best handmade cheese pies in the city, using puff pastry and high-quality feta cheese. In fact, the owner of Pnika was summoned by Harvard University to demonstrate the way in which he makes his bread dough and was honoured with a special award. If you go, don’t miss out on buying their famed brown loaf.

If you’re staying in the northern suburbs of Athens, there’s no end of places at which to begin your day. You simply must call in at Varsos, a 122-year-old pastry shop in Kifissia. Though famous for its cakes, Varsos has a surprise in store for its morning visitors: cheese pie on a baking sheet, made with feta cheese and their own fresh butter.

Albeit a delicacy from Thessaloniki, bougatsa has seen people from all over Greece yield to its temptation and the number of bougatsa specialists is on the rise. But there is one that has made an impression on the whole city, Thessaloniki in Iroon Square in Psiri.

It is open 24 hours a day for those who can’t wait until sunrise. The bougatsas here are served hot and you can order one half sprinkled with caster sugar and the other half with hot Nutella – the best of both worlds!

Since the eastern element is deeply rooted in Greek cuisine, tsoureki is a favoured morning snack. There are many tsoureki sellers that help define the different neighbourhoods in which they are located.

Aristokratikon, on Voulis Street, has been making one of the sweetest smelling and tastiest tsoureki in the city. Production is on a small scale, so you’d better get there fairly early.

Any list of the best tsoureki outlets would not be complete without Güllüoglu pastry shop in Syntagma Square, which produces its cakes in Istanbul and sends them to Athens by plane every day. Their tsoureki looks like a cake and is unsweetened, according to Turkish traditions.

Finally, Asimakopoulos has been whipping up sweet little wonders with craftsmanship and artistry for more than half a century. Its tsoureki combines robust doughy fibres, soft texture, orange zest and mahlab which simply melt in your mouth.

See the gallery
Sweet pancakes in the center of Athens 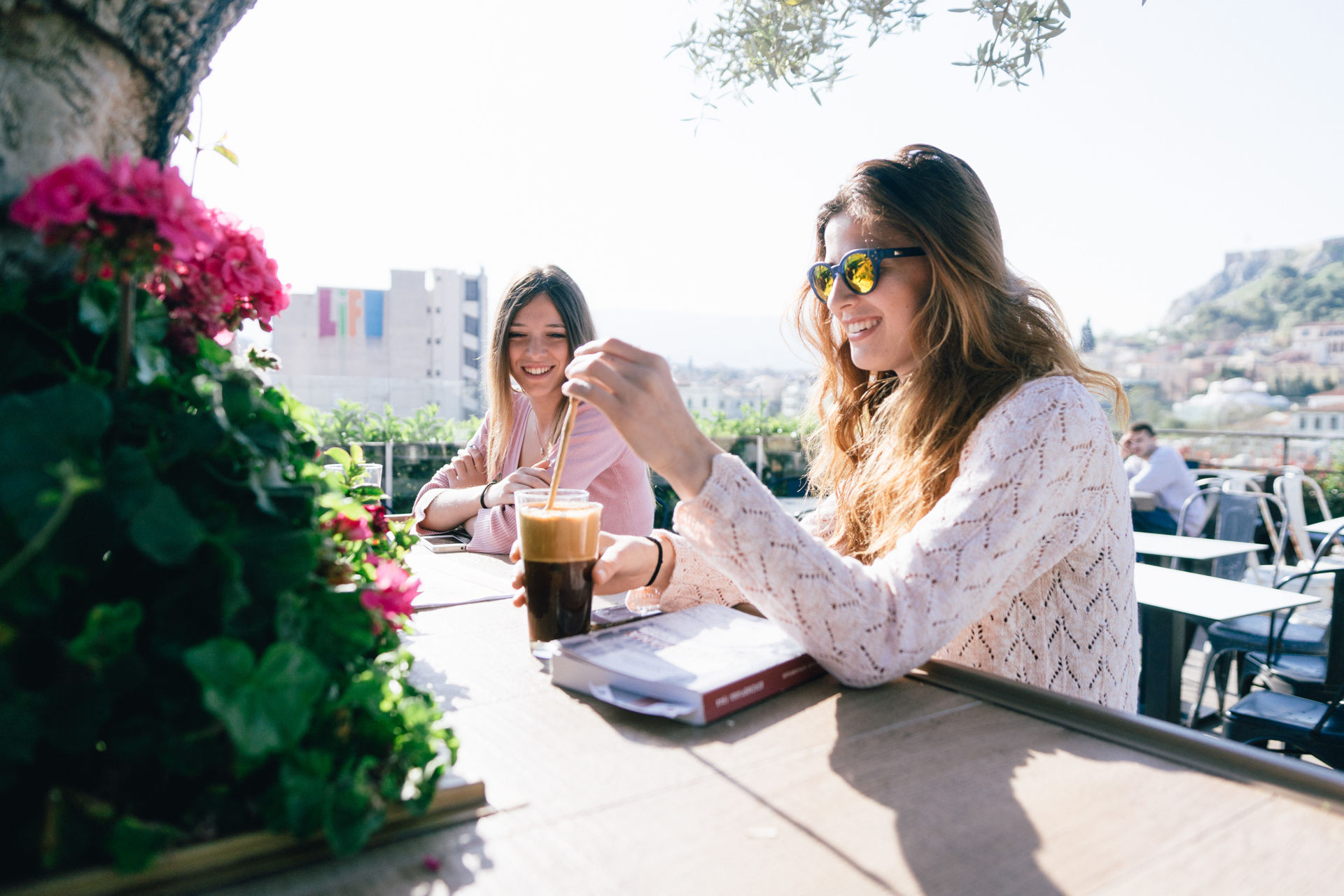 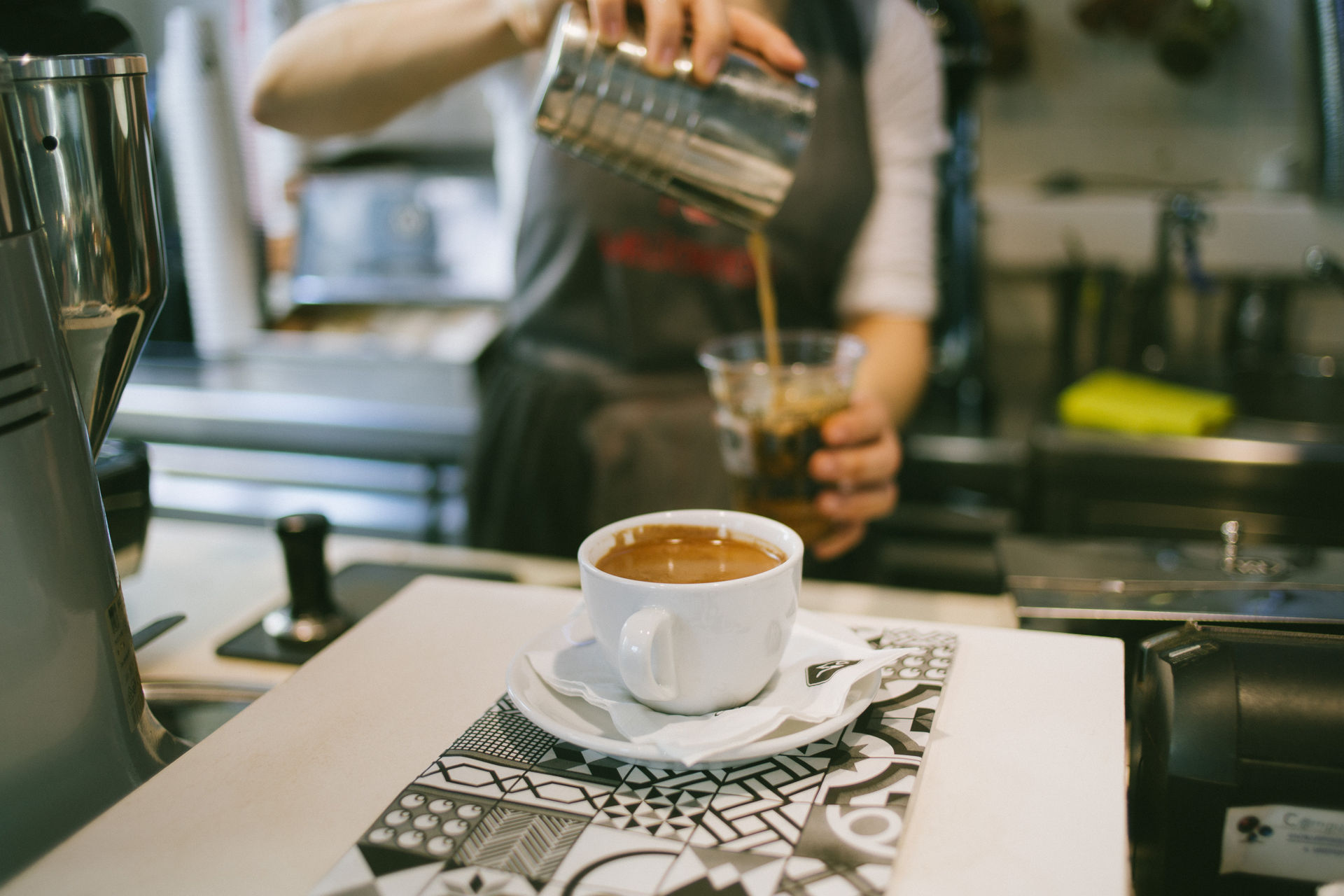 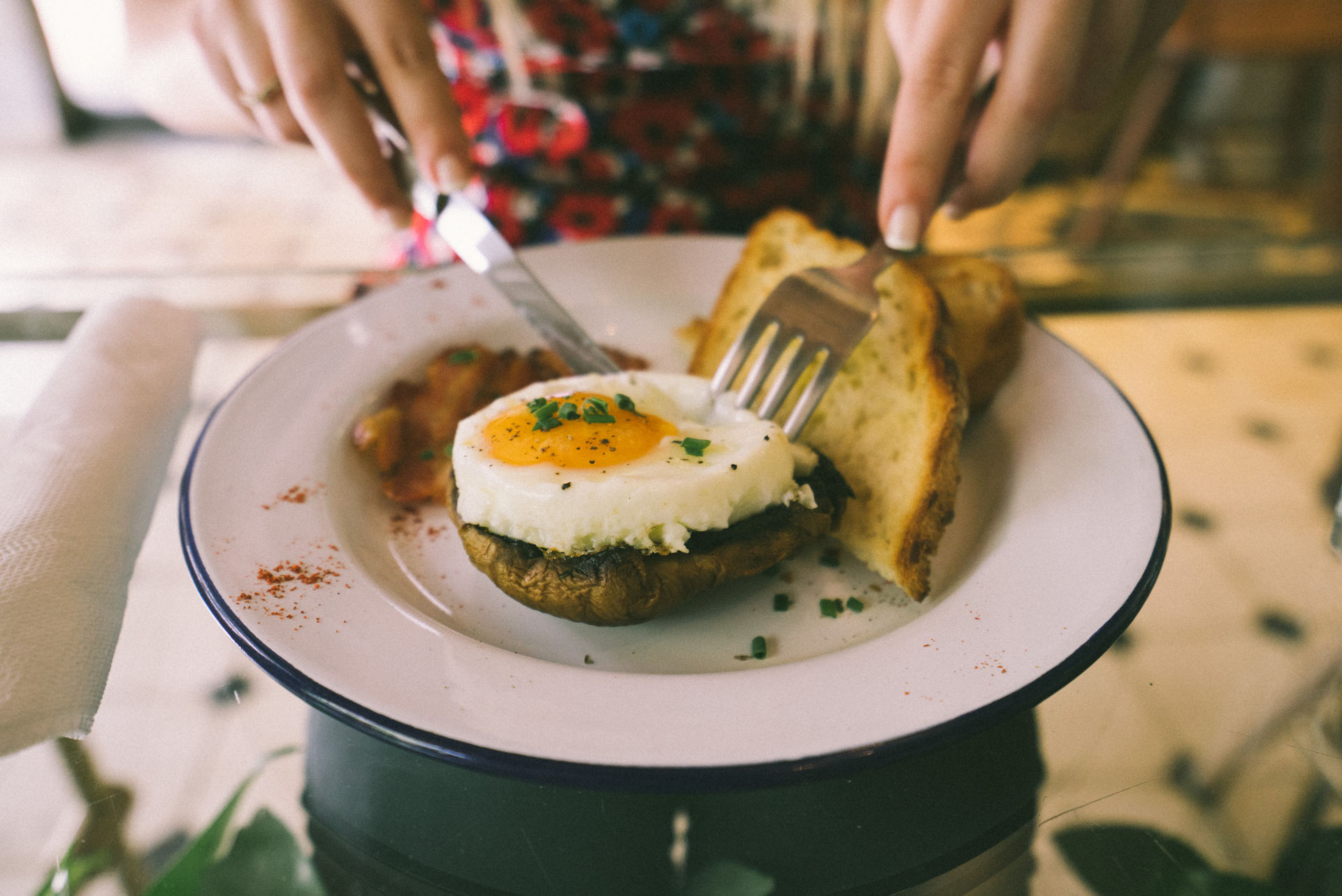 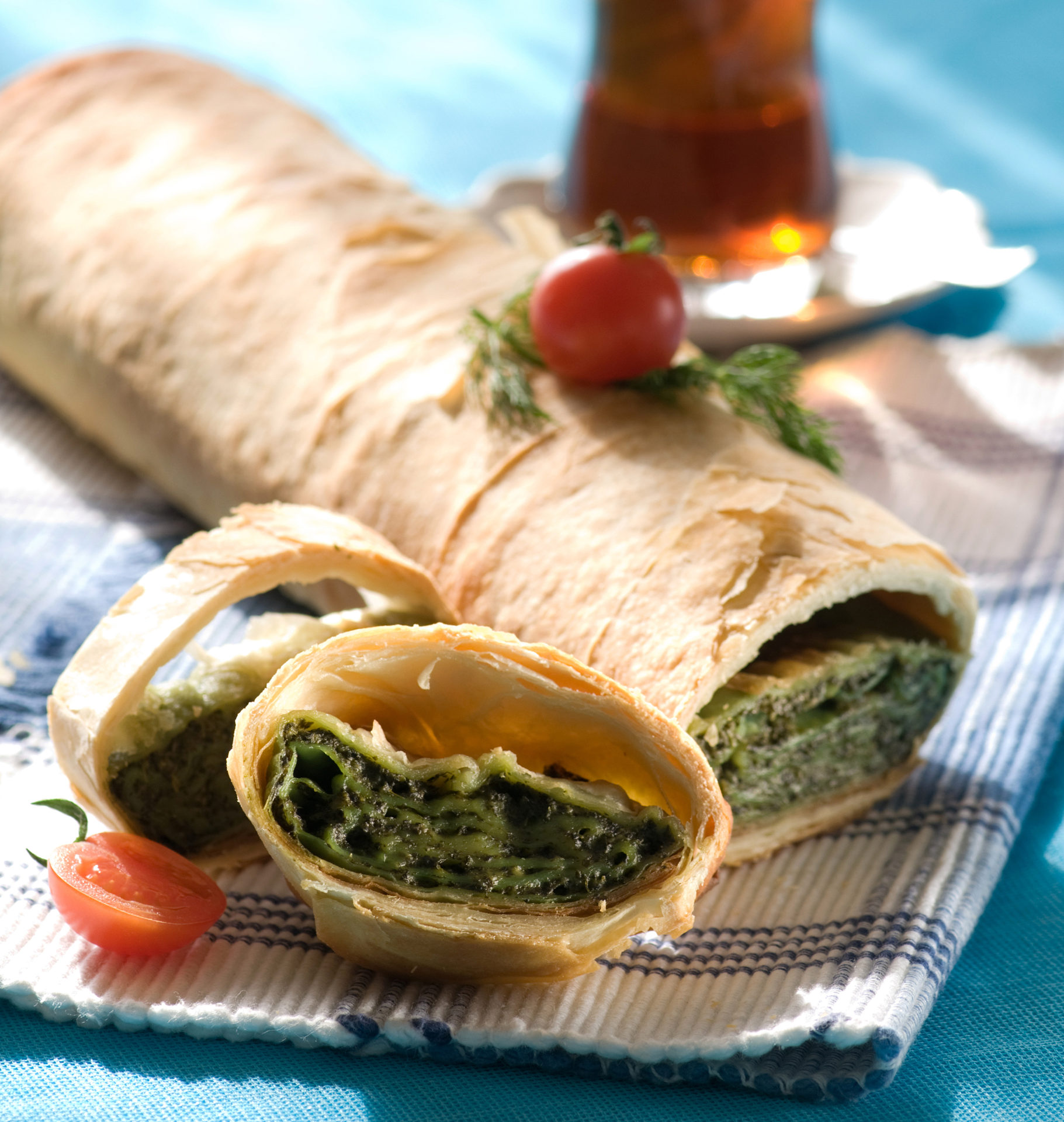 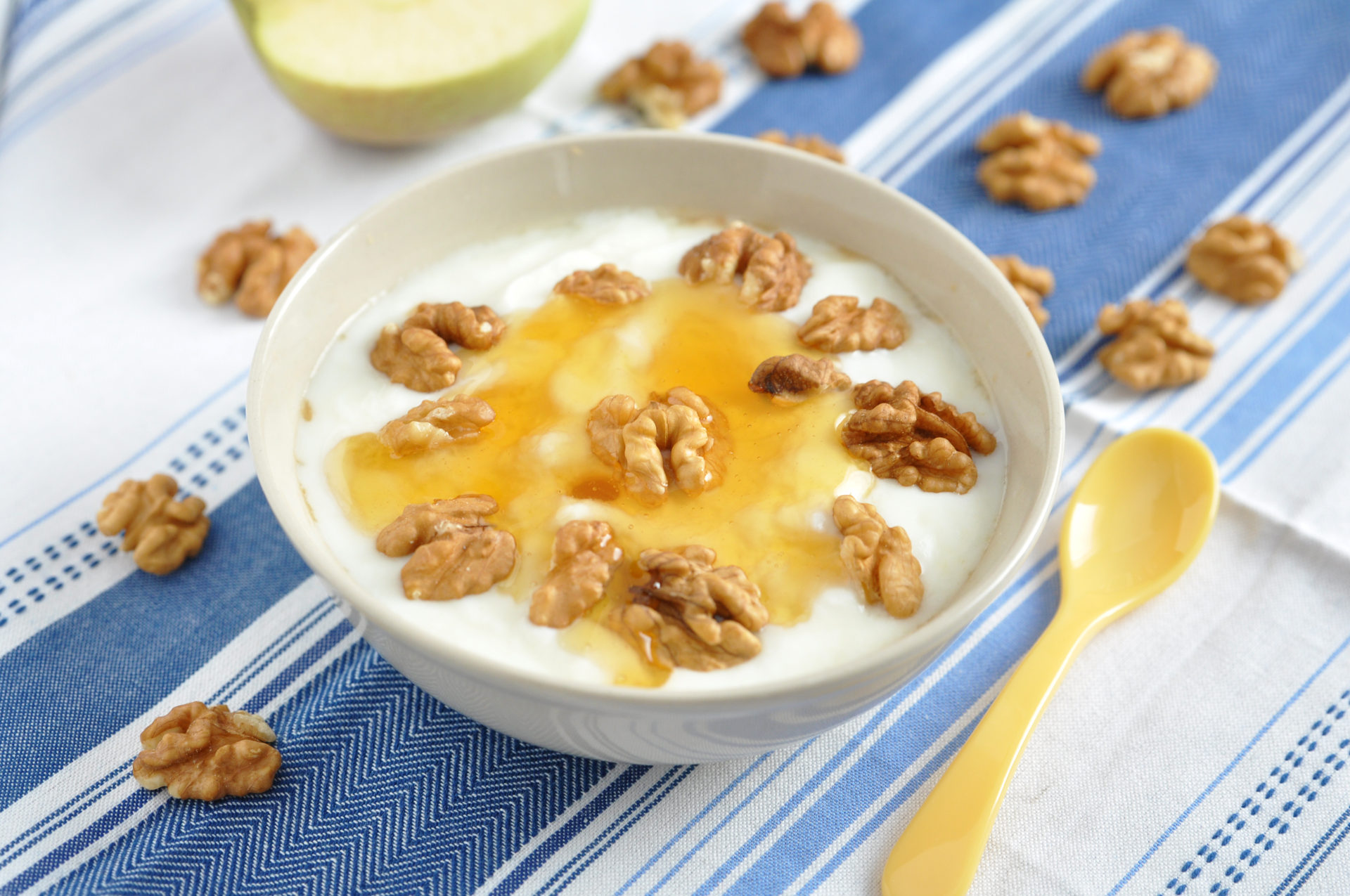 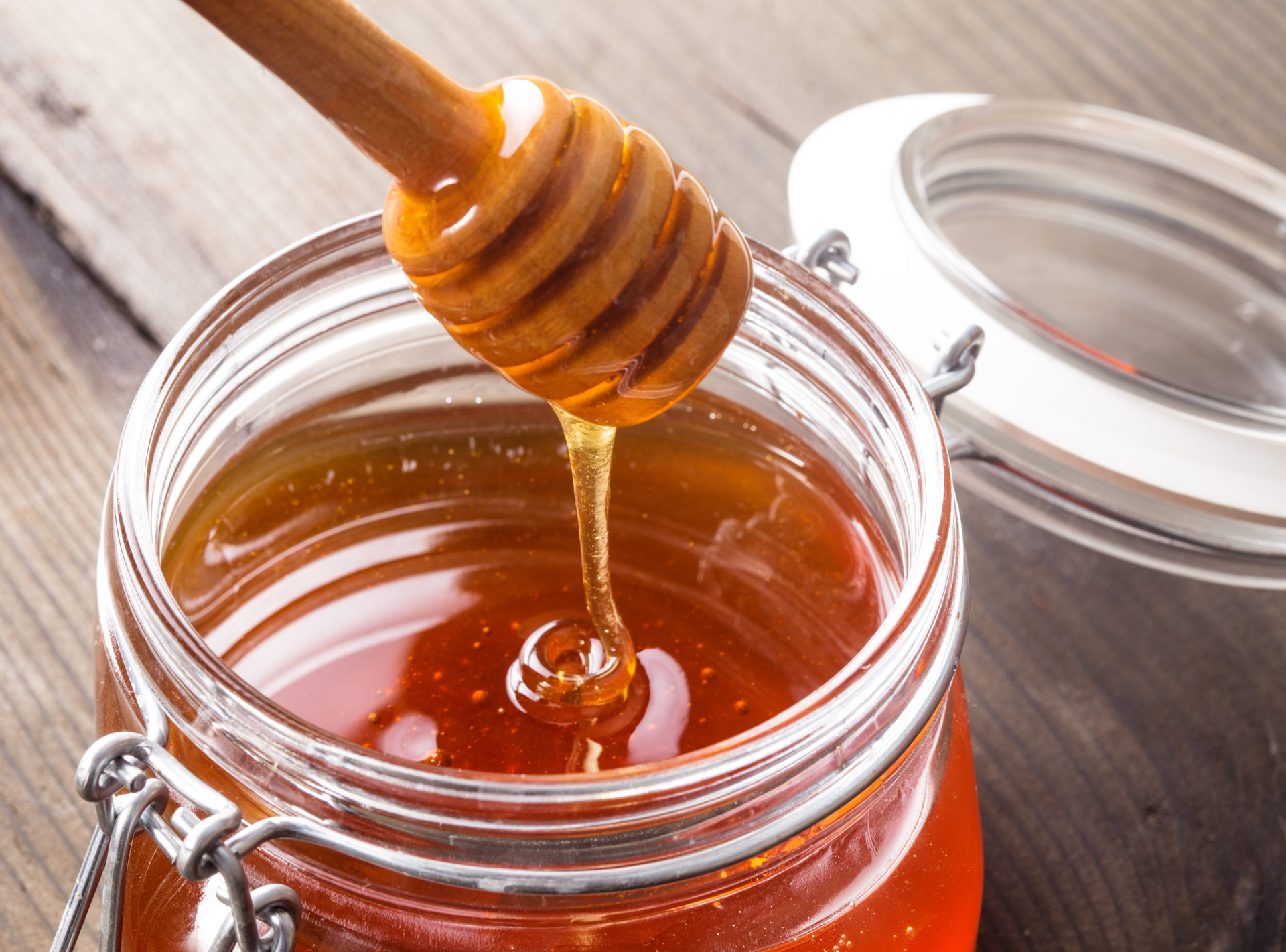 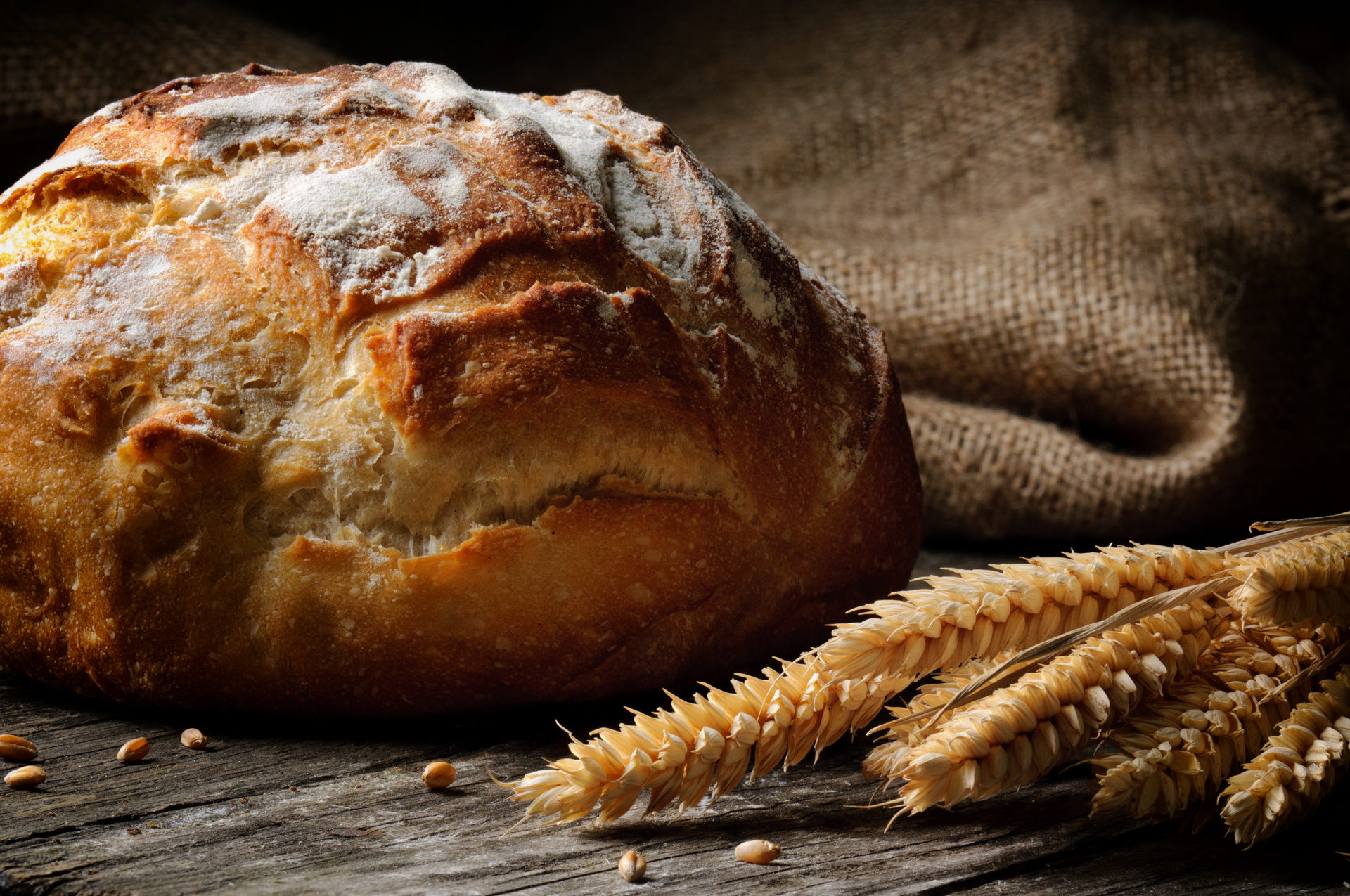 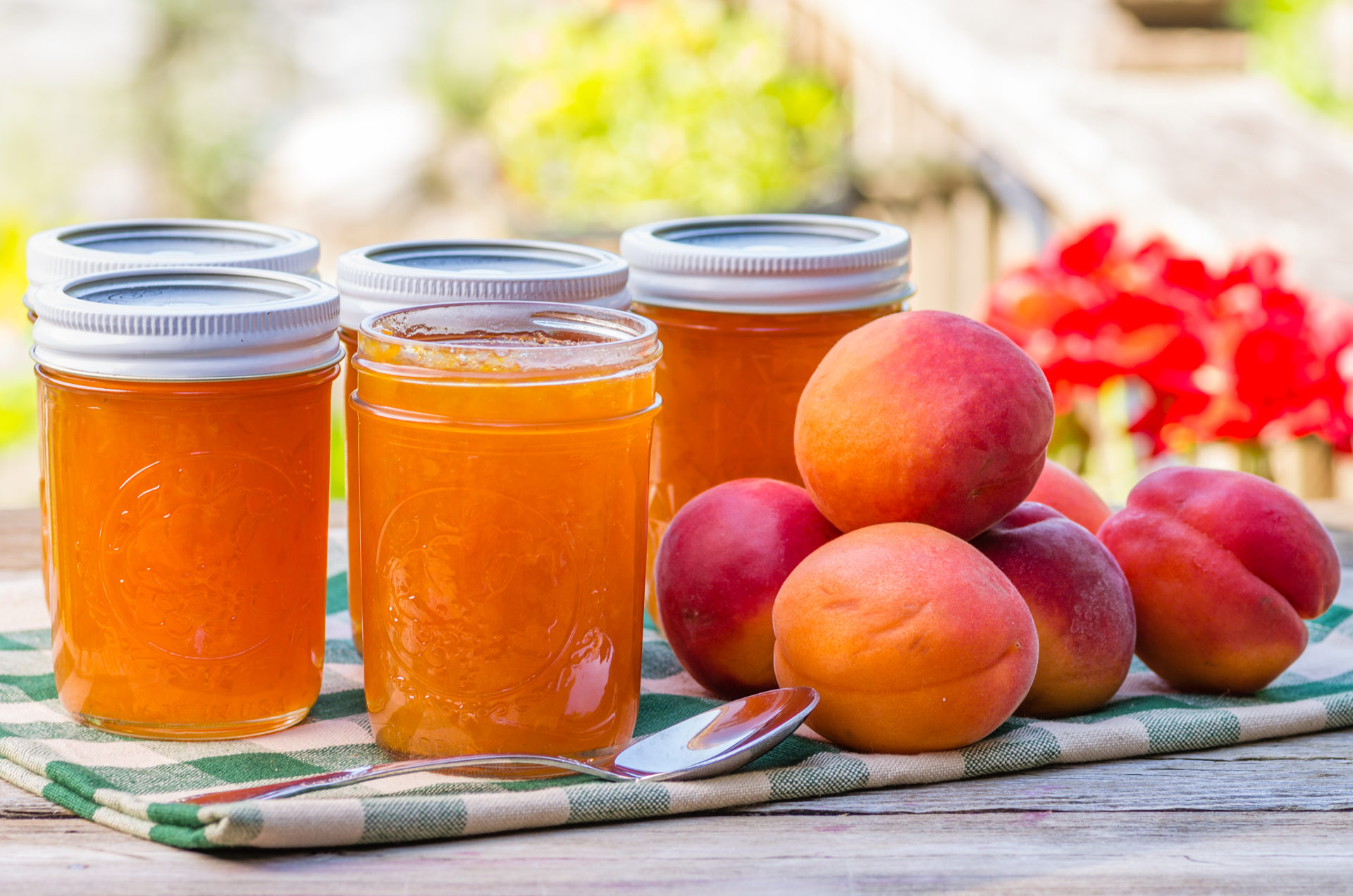 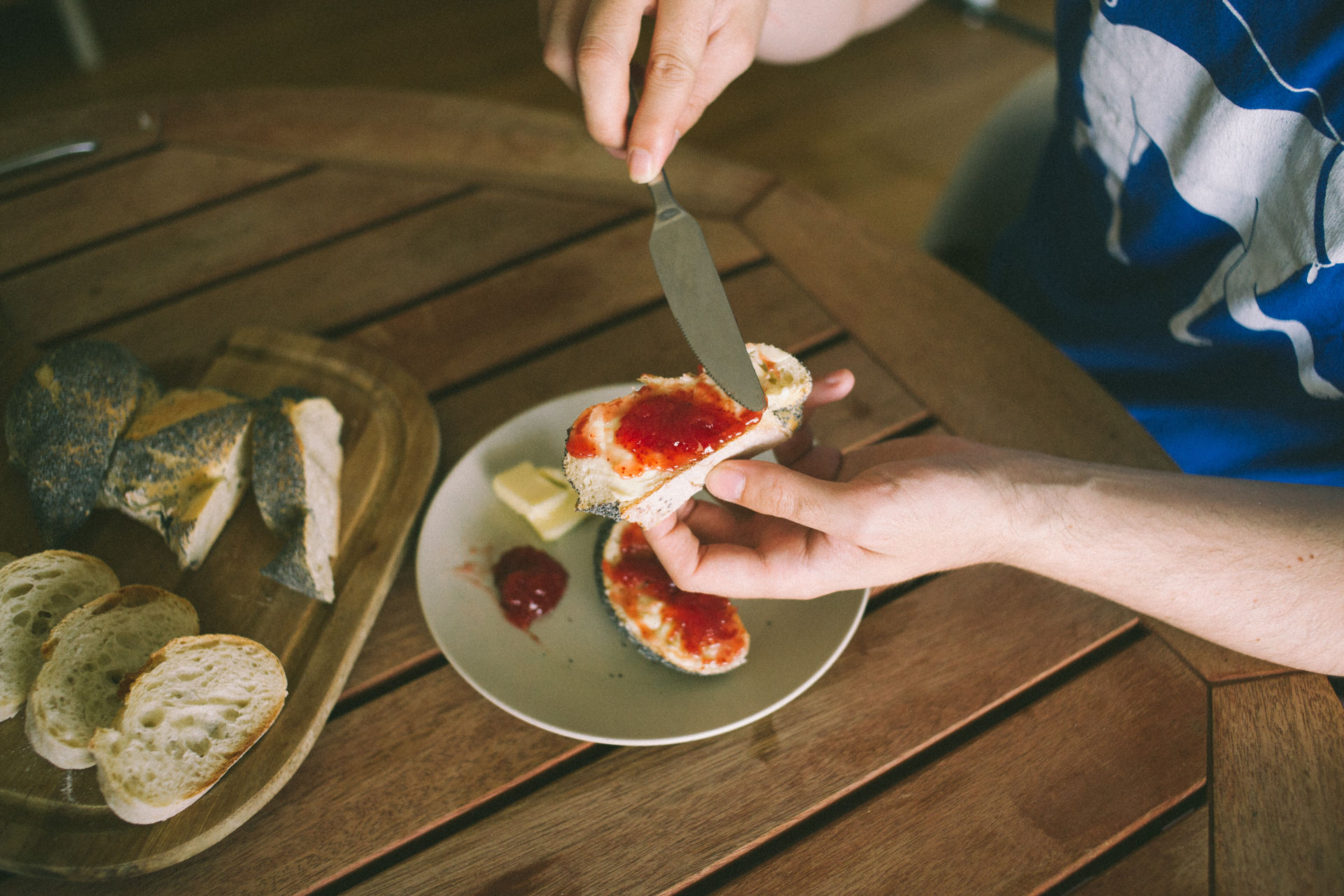 Group
Ride with us and discover all the must-see locations and hidden gems of Athens! Get an overview of the city center and enjoy the city...
Group
Discover the Saronic islands of Hydra, Poros and Aegina on a scenic full-day trip from Athens. Enjoy stunning views of the Greek coast and the...
Group
Catch the latest concepts before they trend and find out what fearless post-crisis fashion looks like on you! With more freedom to create, Greek designers...
EXPLORE ALL

Athens
from 307 €
BOOK NOW
VIEW ALL
Book your trip