A tour of the Goulandris Museum of Modern Art in Athens

Basil & Elise Goulandris Foundation, Photo © Christophoros Doulgeris
A gem of a museum – and a dream that was more than 30 years in the making – allows us to enjoy the biggest names in Contemporary Art under one Athens roof. 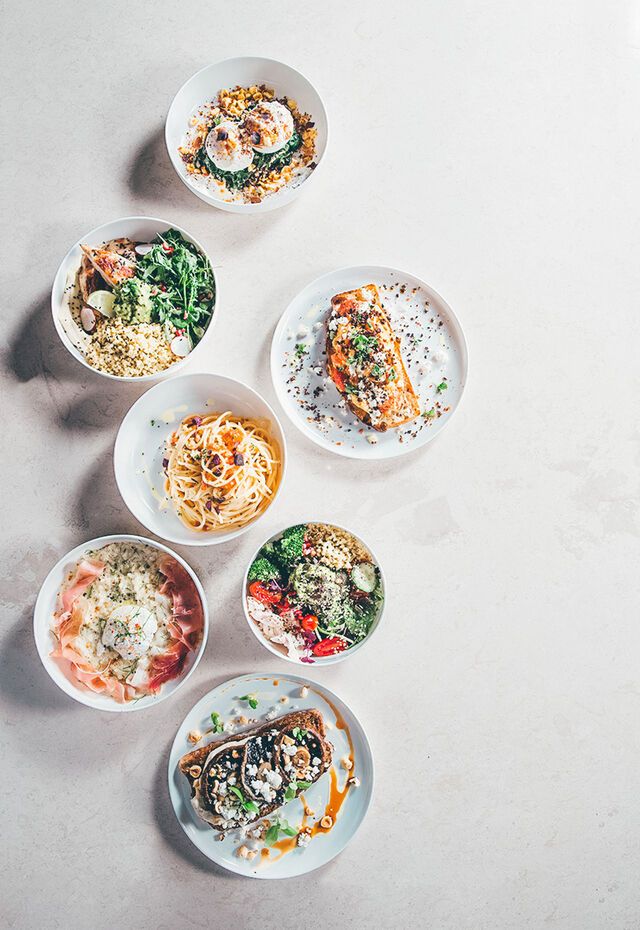 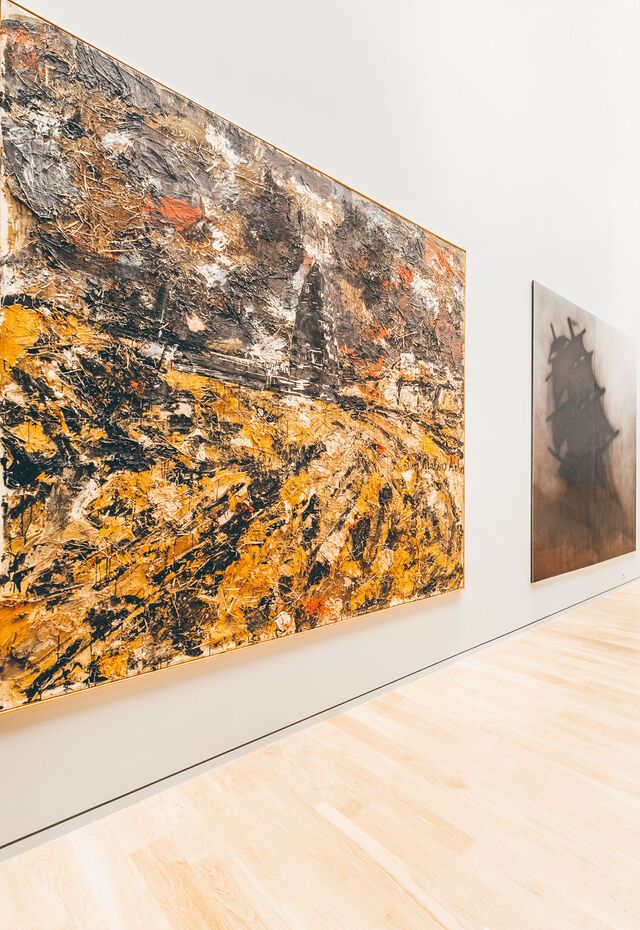 View on map
Duration
1 - 2 hours
Season
All year round

Picasso, Van Gogh, Monet, Cezanne, El Greco, de Chirico, Miro, Degas, Gaugin, Pollock… What sounds like a check-list of many of the biggest names in Modern Art also happens to be one of the most extraordinary collections of artwork in the world. That it’s the private collection of an art-loving Greek couple on display in an Athens museum makes it all the more incredible.

You’ll find the Goulandris Museum of Modern Art fascinating and it’s an absolute must for art enthusiasts, whether you’re staying in Athens or you’re just passing through.

Part of the Basil and Elise Goulandris Foundation, it is a gift that was more than 30 years in the making. The ship-owning couple accumulated their collection mainly at auctions in London and New York and always dreamed of exhibiting it in Athens (the smaller Goulandris Museum of Contemporary Art in their native Andros has operated since 1979). The dream became a reality in October 2019 with the opening of this museum in a refurbished neoclassical building in up-and-coming Pangrati, near the Panathenaic Stadium, a neighbourhood once known for its lively arts scene.

You have to pinch yourself as you sweep through all the great pioneering movements of Contemporary Art – realism, impressionism, cubism, abstract… There are around 180 pieces of mainly 19th and 20th century international artists and a section dedicated to some of the biggest names in Greek art.

With sculptures, a library and a collection of furniture completing the experience, it is likely to be the most unexpected treasure trove you’ll discover in Athens. 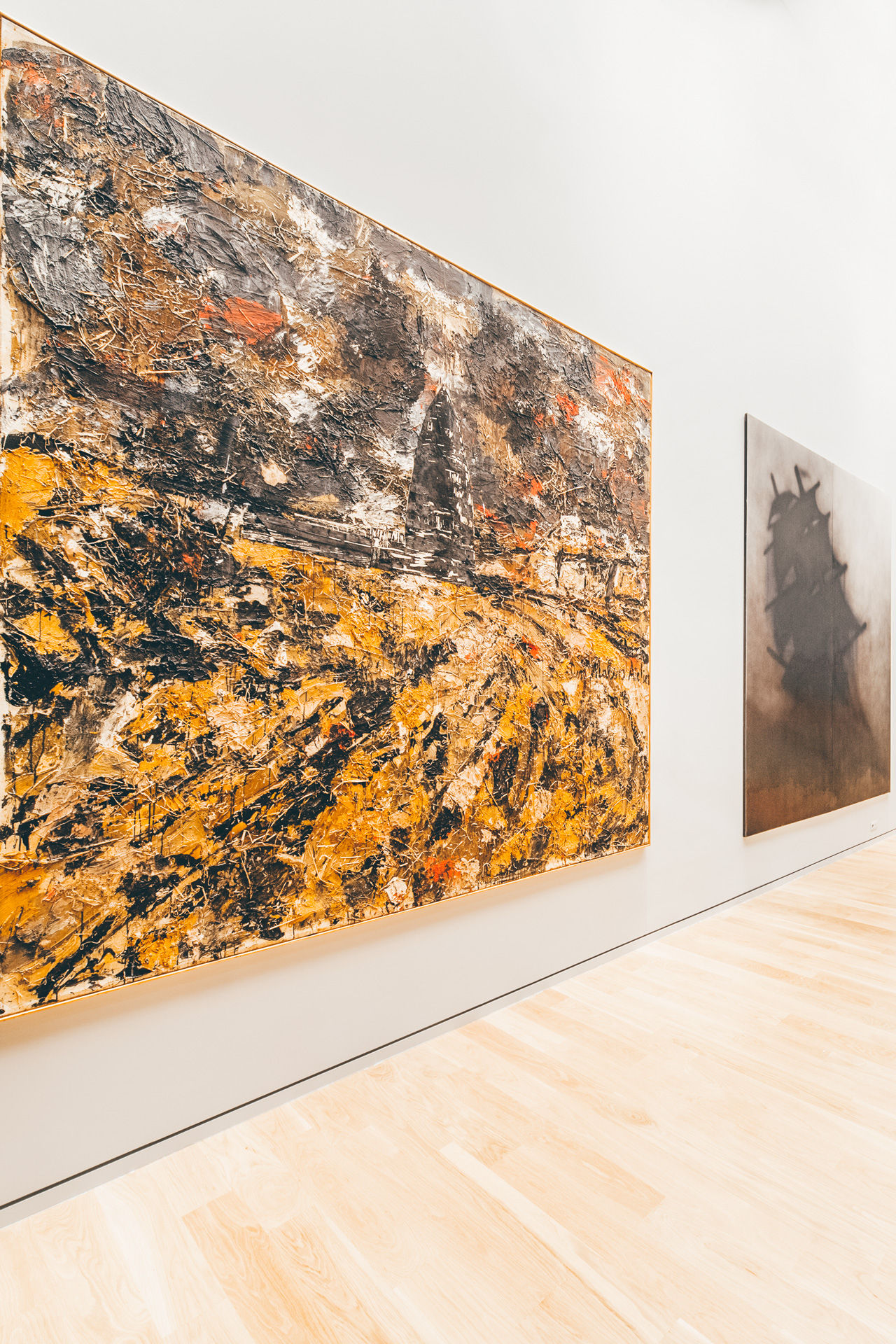 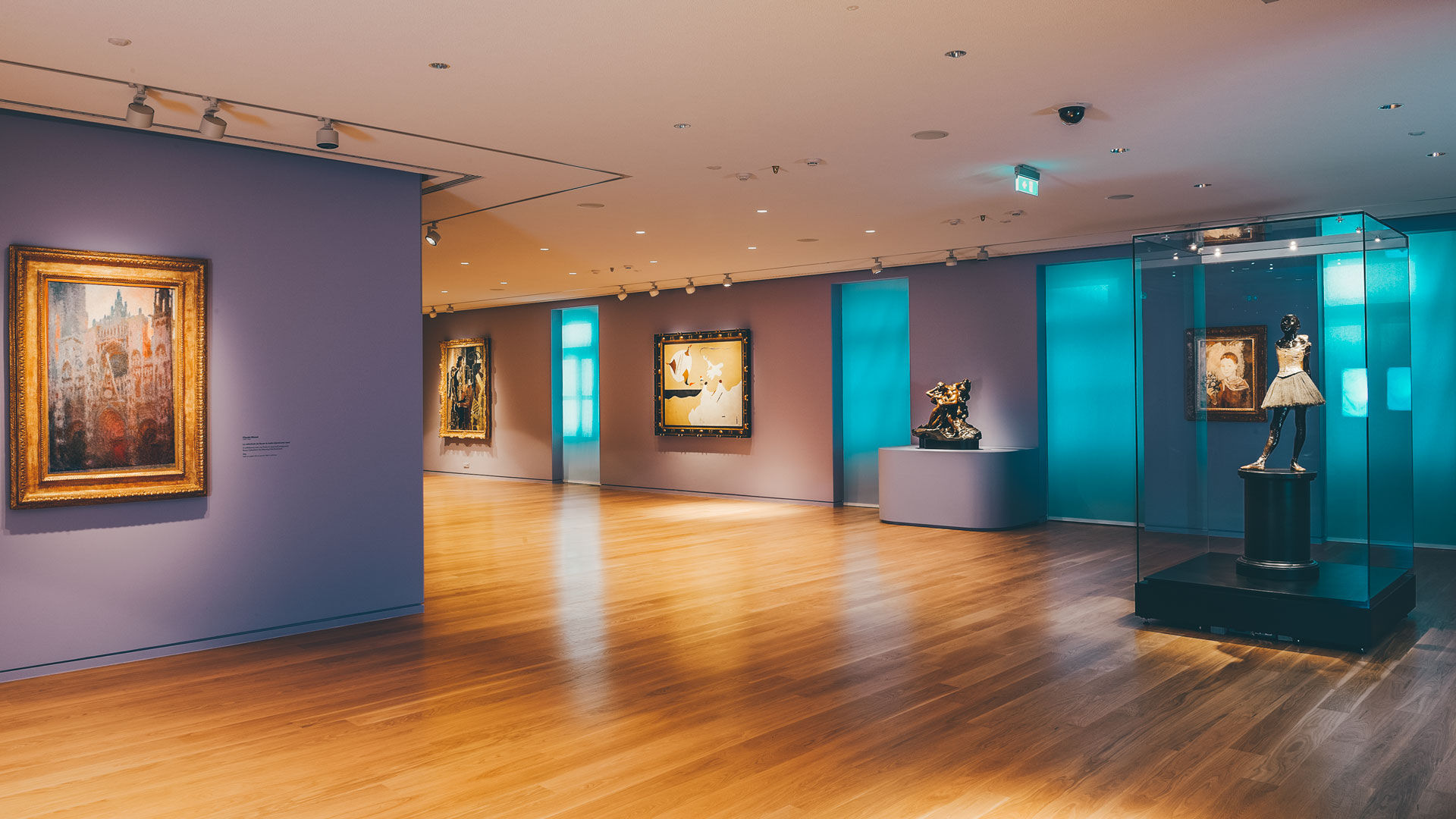 Explore one of the most extraordinary collections of artwork in the world
Basil & Elise Goulandris Foundation, Photo © Christophoros Doulgeris 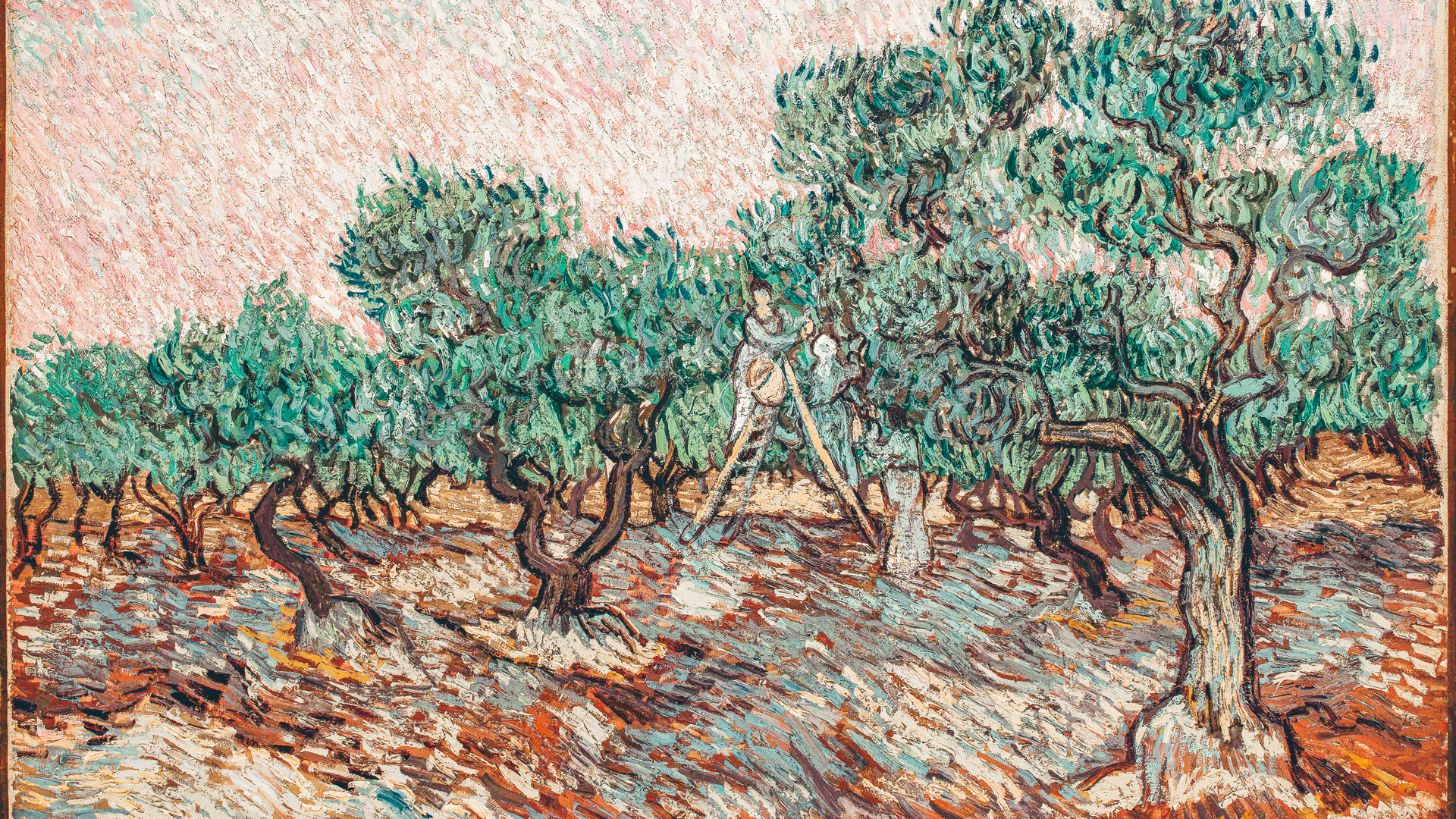 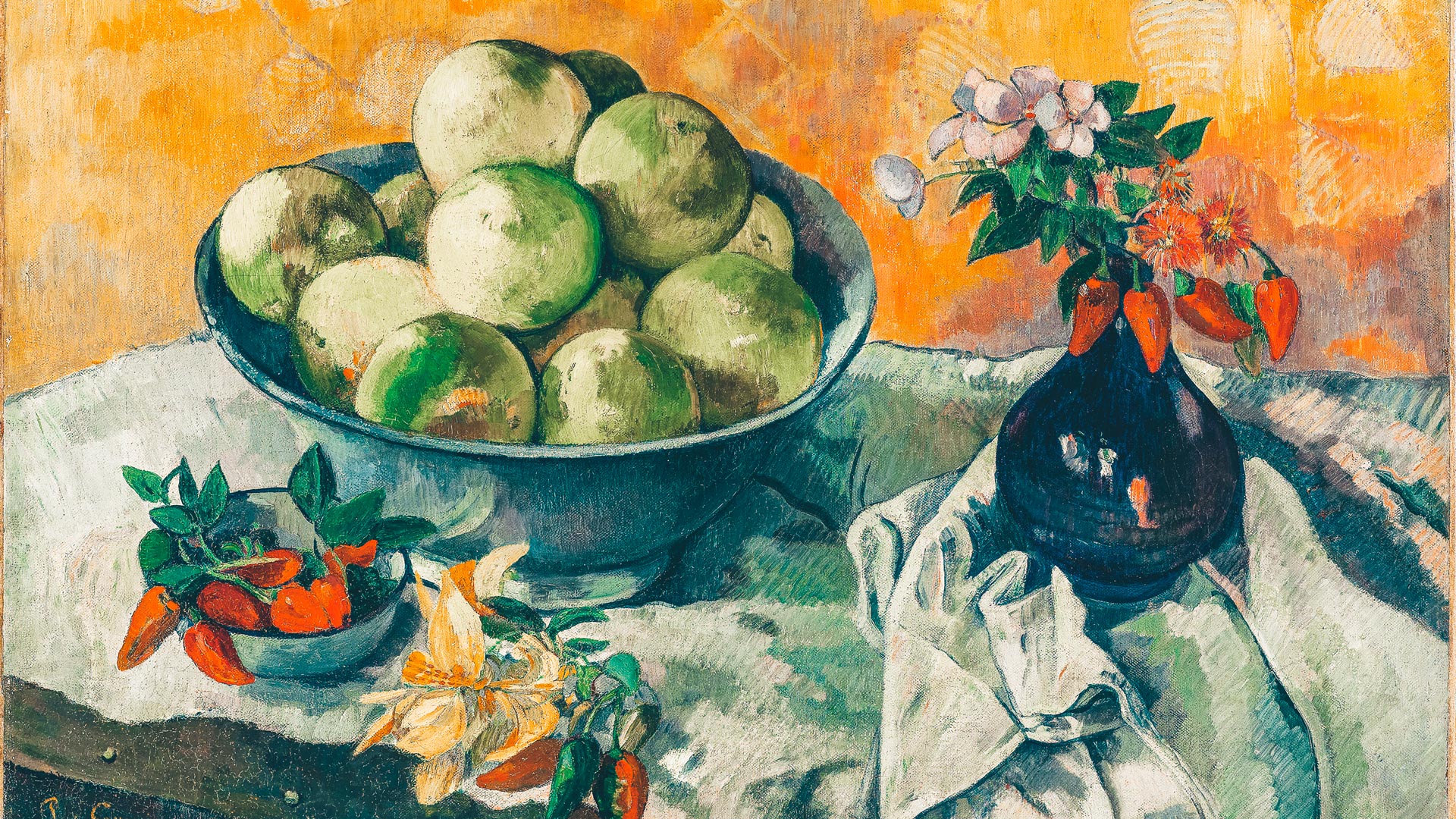 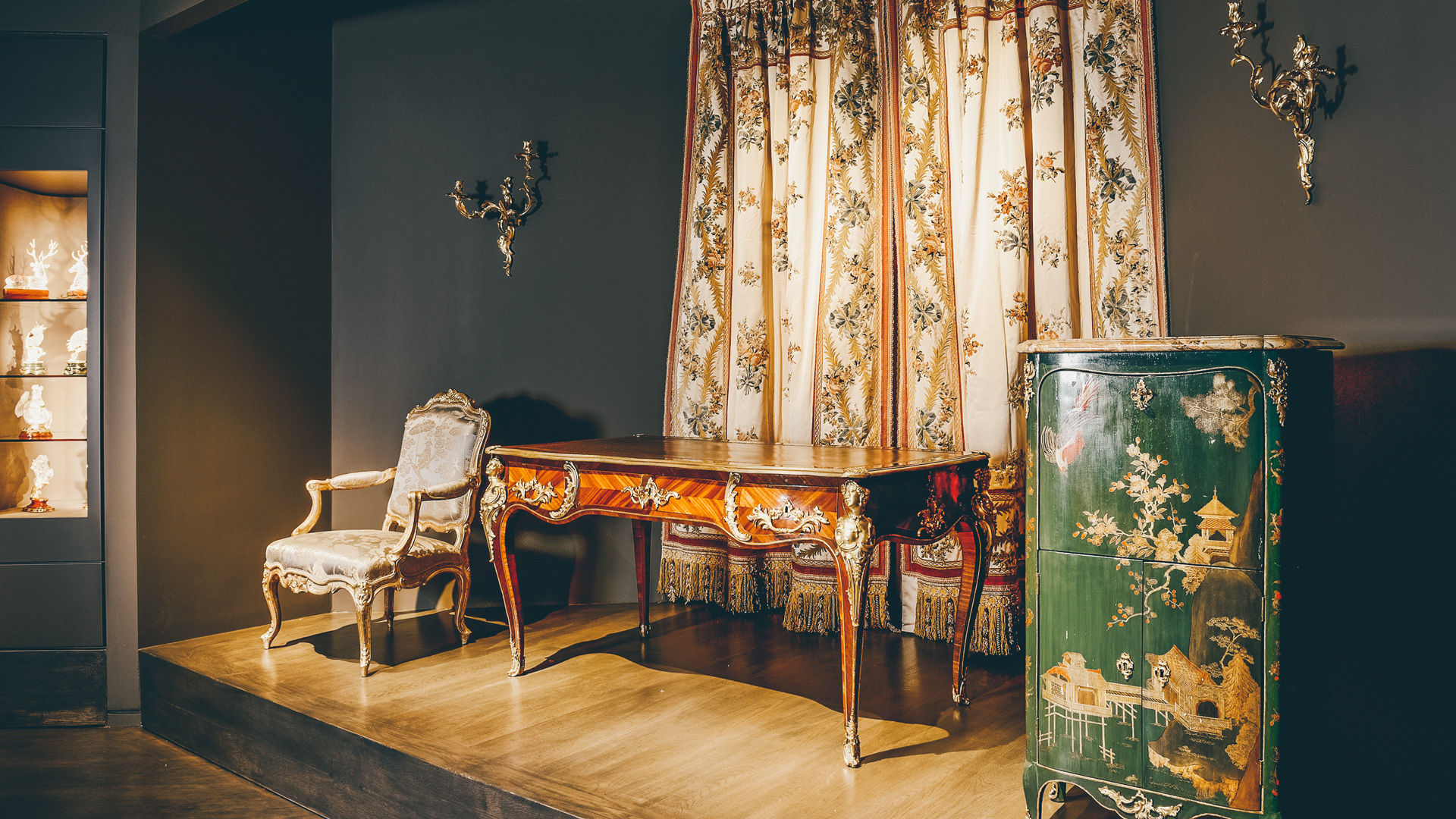 Collection of French furniture, of the most famous ébénistes from the 18th century
Goulandris Museum of Modern Art 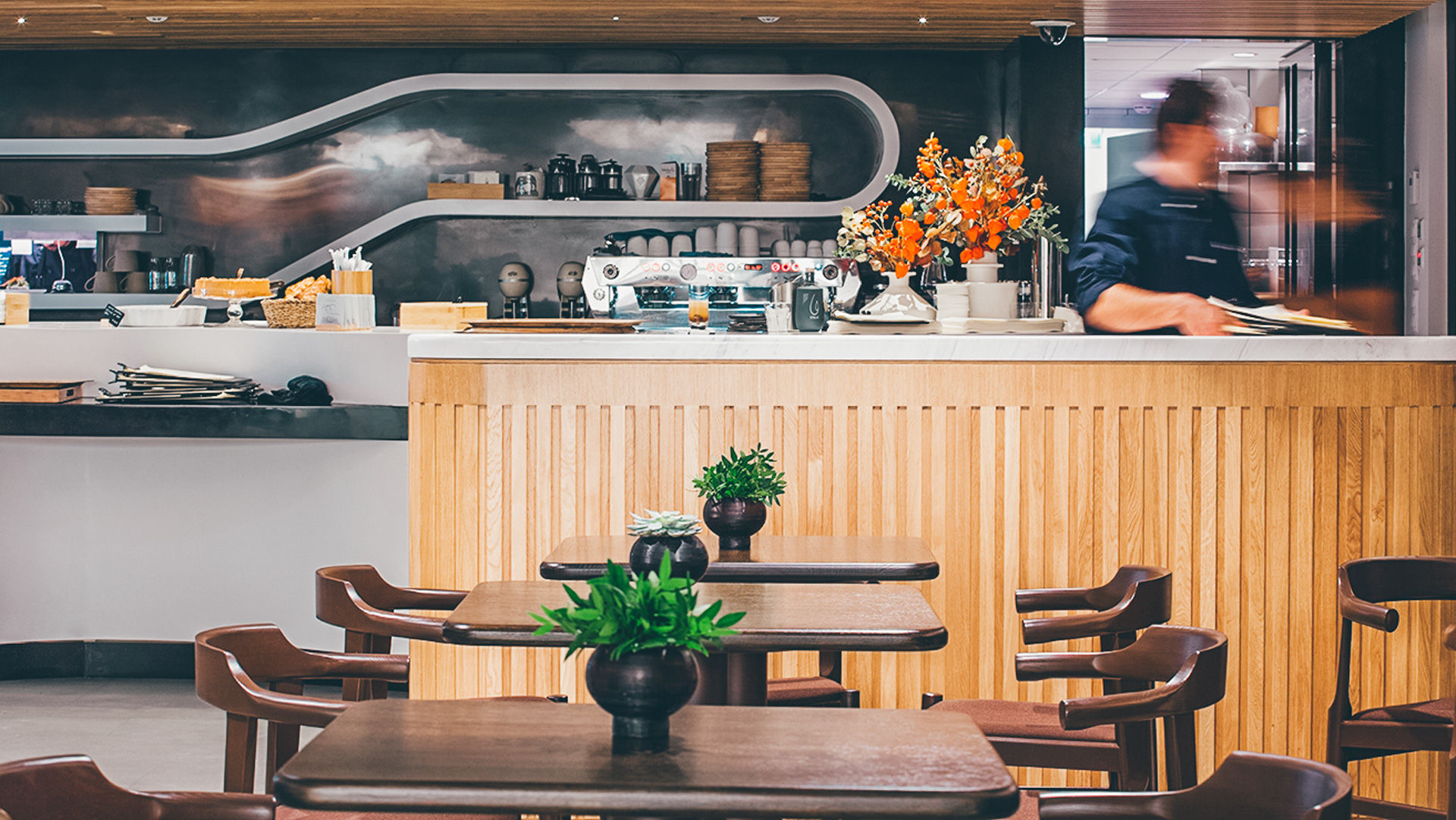 You can practically add the Goulandris Museum’s cafe-restaurant onto its list of exhibits
Basil & Elise Goulandris Foundation, Photo © Anastasia Adamaki 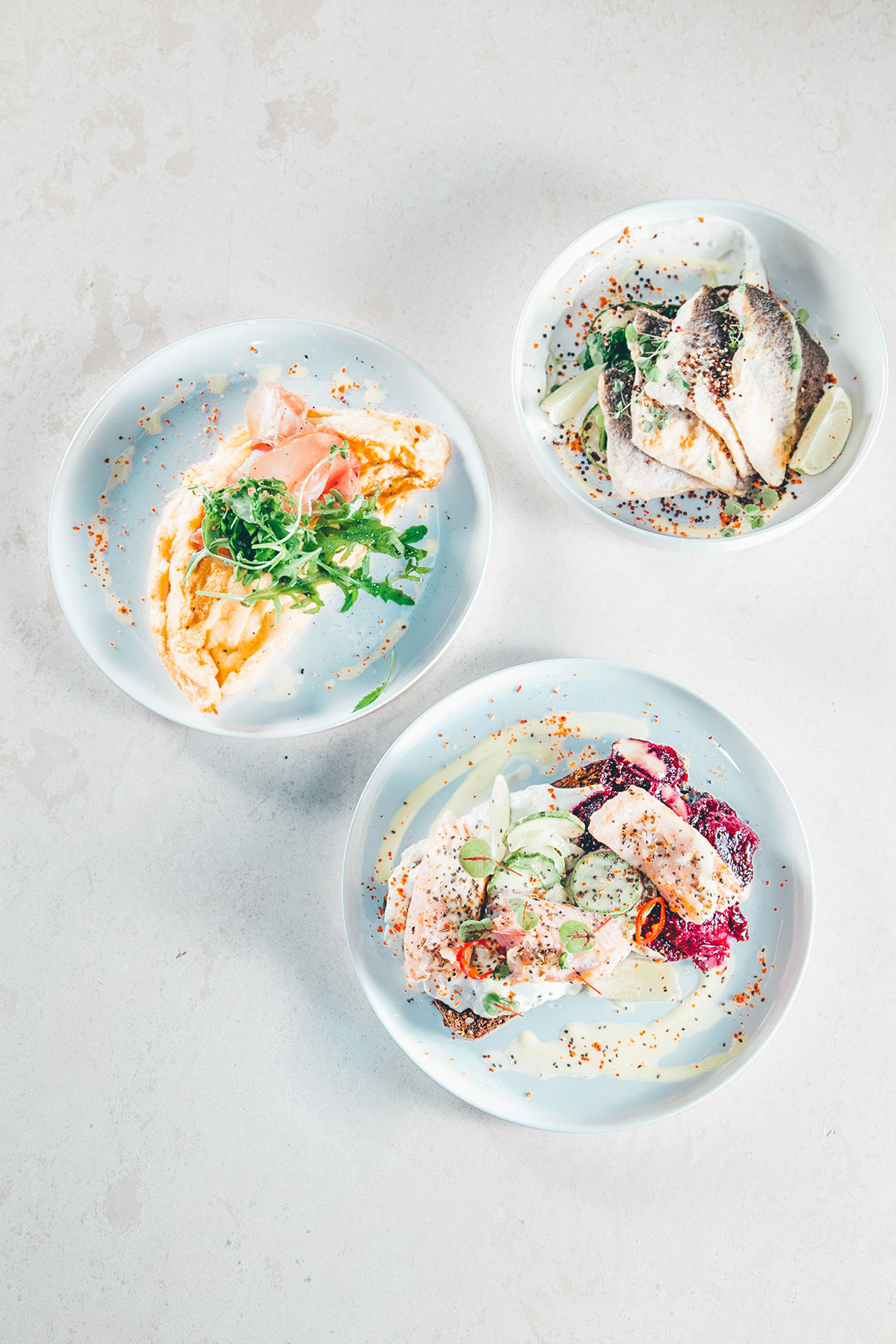 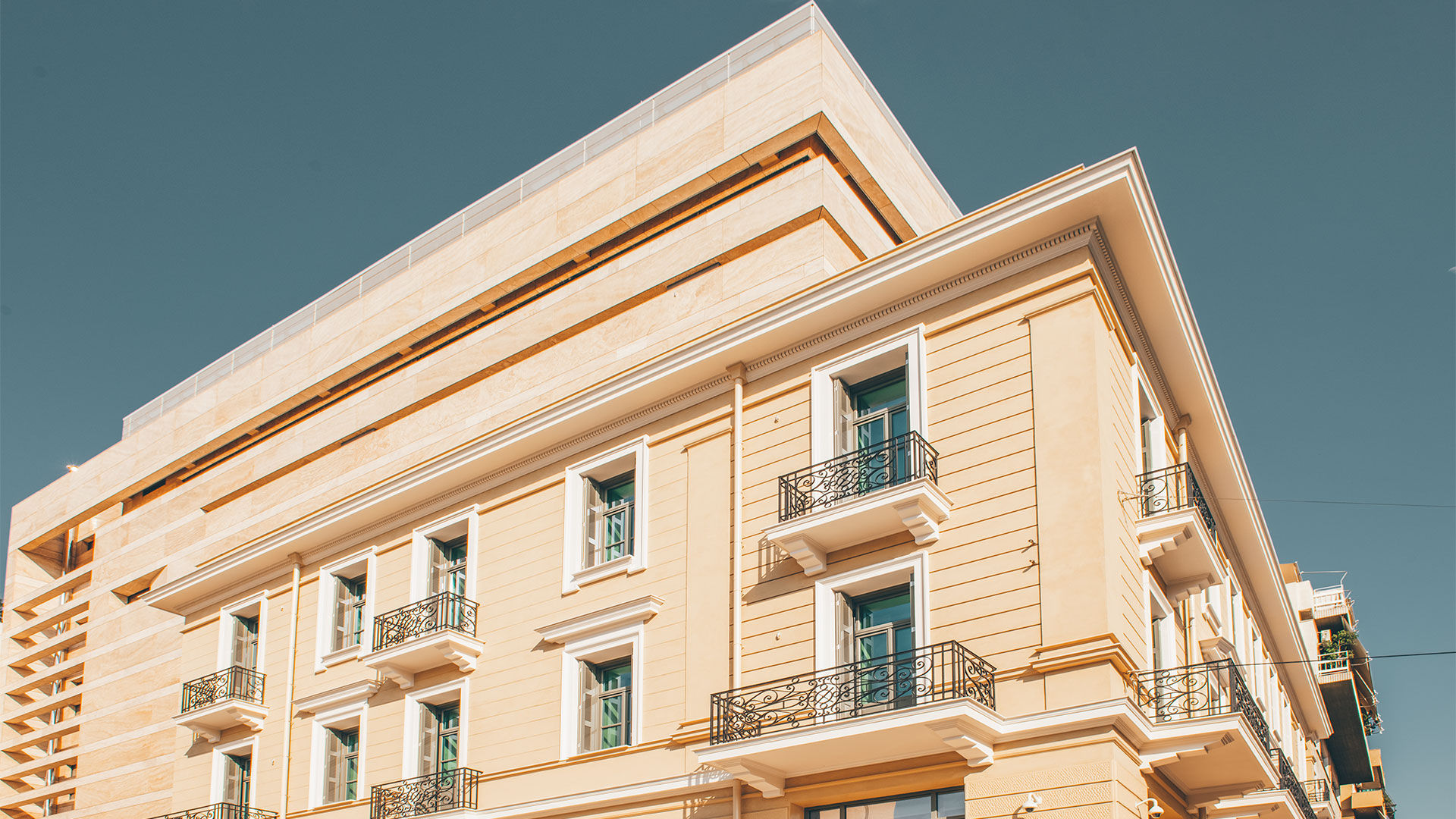 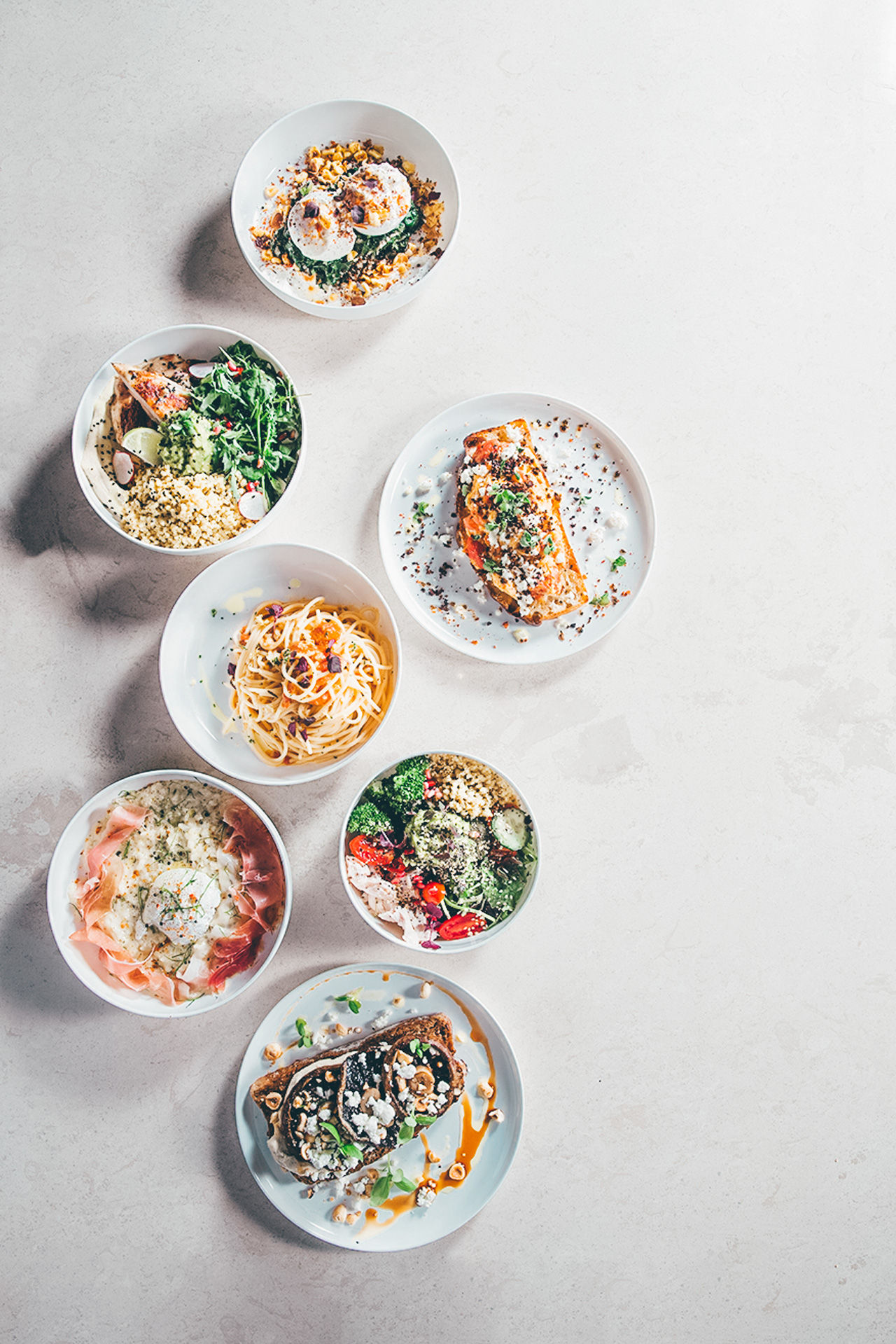 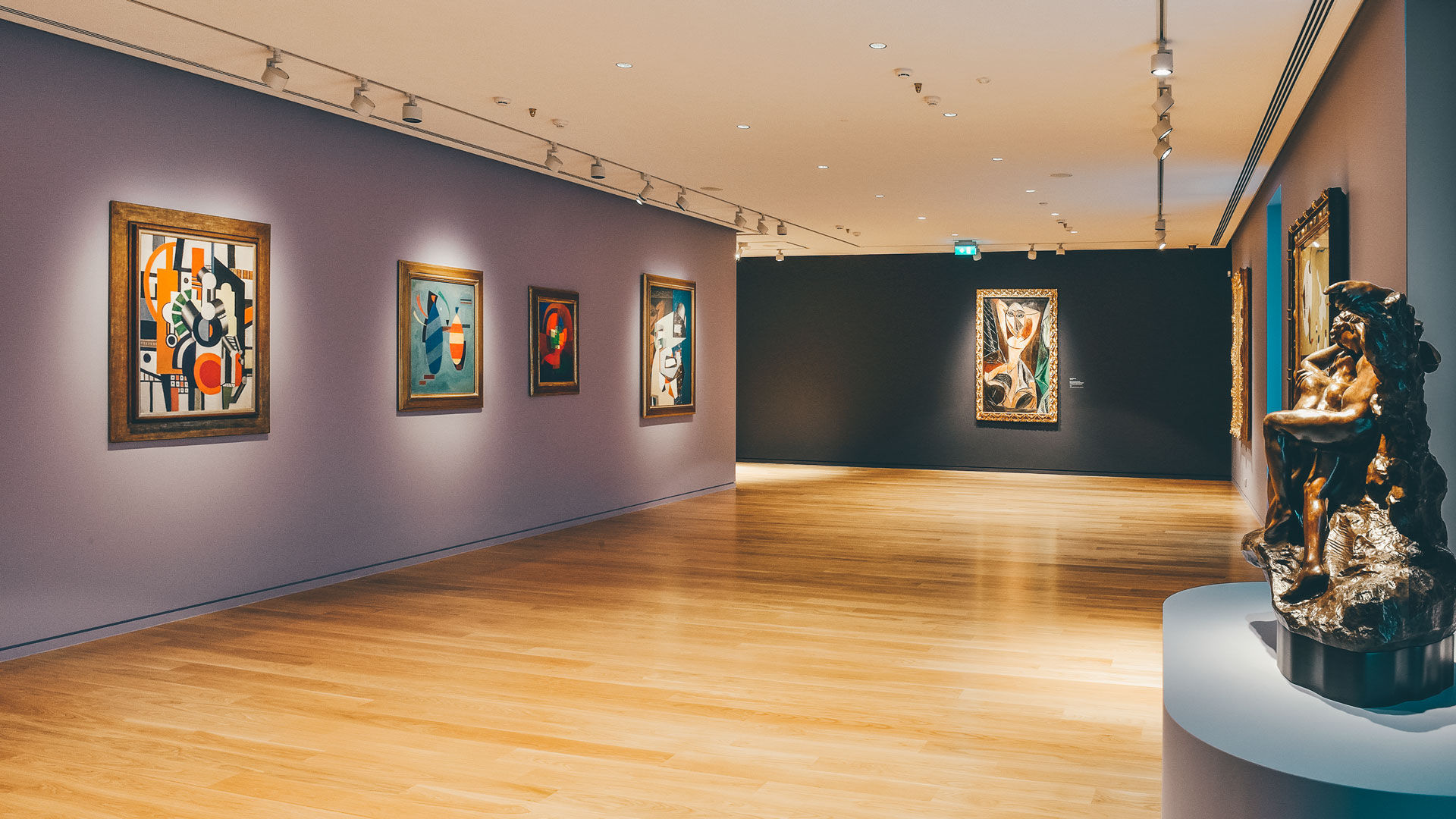 Goulandris Museum of Modern Art in Athens is a gem of a museum and a dream that was more than 30 years in the making
Basil & Elise Goulandris Foundation, Photo © Christophoros Doulgeris

It’s hard to know where to begin, given all the mastery on display. Vincent Van Gogh’s Olive Picking stands out as it was one of only three he completed during his time at a psychiatric clinic in southern France, whilst Pablo Picasso’s Nude Woman with Raised Arms is one of the works that set him on a journey exploring cubism. Claude Monet spent long hours painting the same subject at different times of day and his Rouen Cathedral in the Morning (Pink Dominant) is regarded as one of the most complete paintings of the series, capturing the very first morning light. You’ll wonder at the surrealism of Joan Miró’s The Grasshopper and the colourful harmony of Wassily Kandinsky Both Striped. And don’t forget to pause and admire the rare yet masterful simplicity of Paul Cézanne’s late 19th-century Portrait of the Artist Looking Over His Shoulder and El Greco’s 16th-century Veil of St Veronica, depicting Christ on his way to crucifixion. There is also a collection of sketches of artists including Henri Matisse, Braque and Picasso, Balthus and Jean Fautrier.

Make sure you take the opportunity to discover some of Greece’s finest talent. Two of the most recognised are Yannis Tsarouchis, whose favoured motif of sailors is represented in the museum, and abstract artist Yannis Moralis, whose two works called Erotic are from 1977 and 1994 yet look like they were created within days of each other. Look out for A Wonderful Day (The Morning Cyclist) by Alekos Fassianos, a popular artist known for his idiosyncratic, figurative painting style, and Yannis Gaïtis’ Descent from the Cross. It belongs to a series known as Antiquities, created in protest against the commercialisation of antiquities. You’ll also enjoy the cubist influences in the entangled roofs, terrace rooms and triangular pediments of neoclassical buildings in Nikos Chatzikyriakos-Gikas’ Paris Rooftops.

As well as paintings, you’ll have the chance to admire sculptures and other small objects. Auguste Rodin’s Eternal Springtime is recognised as a rare and very beautiful example of a Rodin sculpture representing a couple in love. Edgar Degas’ Little Dancer Aged Fourteen is the only sculpture Degas exhibited during his lifetime. Alberto Giacometti’s Femme de Venise V is a bronze cast of one of the famous ‘Women of Venice’ Giacometti created when he represented France for the Venice Biennale. And Giorgio de Chirico’s Troubadour I is a good example of the Italian artist’s use of mannequins to explore the theme of the metaphysical. There is also a hall dedicated to a collection of French furniture, of the most famous ébénistes, and other objects from the 18th century, as well as Chinese artwork made of jade or porcelain.

You can practically add the Goulandris Museum’s cafe-restaurant onto its list of exhibits. It is referred to as an ‘open, urban garden’, with a mouth-watering menu of creative Mediterranean dishes assembled by distinguished Greek chef Andreas Lagos. It t has a soothing yet wonderfully uplifting air in which to sit and contemplate the astonishing artwork you have just witnessed.

Those who want to delve even deeper can explore the museum's collection of more than 5,000 Greek, English and French books covering areas such as Theory and History of Art, Painting, Sculpture, Design, Engraving, Architecture and Decorative Arts. There are also catalogues of exhibitions and monographs of distinguished foreign and Greek artists, as well as publications of international museums and art institutions, periodicals of art, encyclopedias and art dictionaries.

Group
Explore some of Greece’s greatest treasures and the best of modern Athens on this full day tour. This guided experience will help you get your...
Group
Discover the techniques and history behind traditional Greek cuisine in this hands-on cooking class led by a professional chef. Learn the secrets of the country's...
Private
Enjoy the ultimate self-guided tour, solve spatial quizzes and discover the hidden gems of Athens Historic Center. Together with Mourgos the Dog Avatar, the more...
EXPLORE ALL

To get the most out of the experience visit between October-April when the summer crowds have thinned and you’ll also most enjoy the company of Athenians going about their daily lives and feel like a local.

Please help us preserve the magic of the artwork on display for future generations by following all the basic rules of visiting museums. 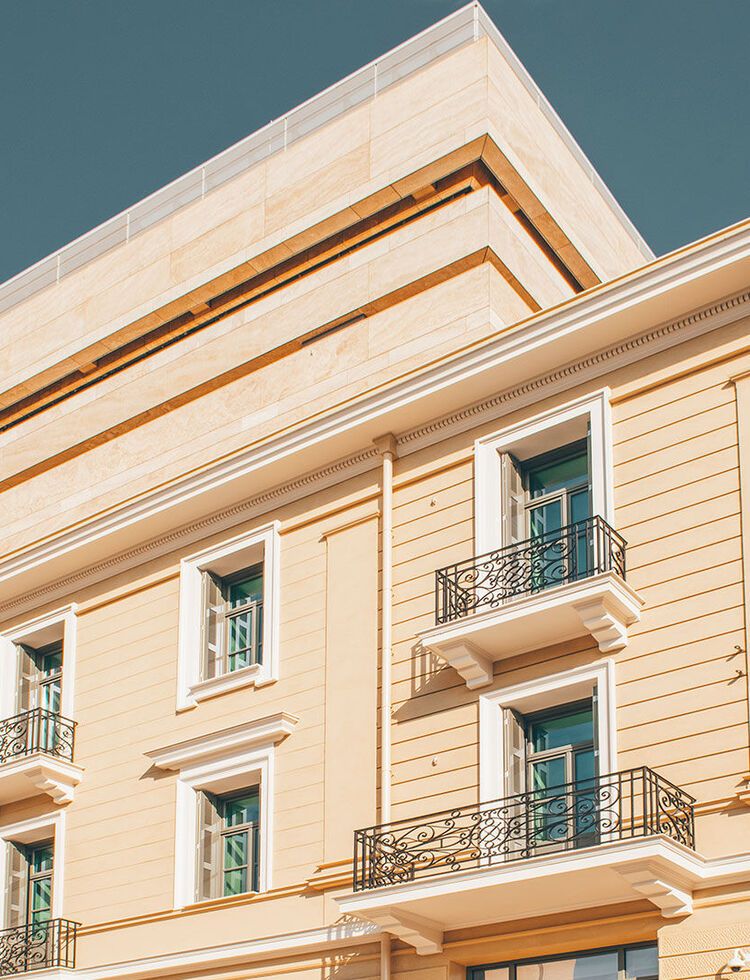 Refrain from touching any of the artwork. The fingers’ natural oils can be extremely damaging.
Use the bins provided or, if need be, take your rubbish with you.
If there’s a ‘No flash photography’ sign, please respect it. It’s to protect the exhibits.
Use a refillable water bottle to try to minimise your use of plastic.
No pets (other than guide dogs) are allowed in cultural sites and museums.
Read More Read Less
DESTINATION