A tour of the Archaeological Museum of Thessaloniki

sponsored by Municipality of Thessaloniki
Whether you’re on a city break or a stopover on your way elsewhere in Macedonia or Halkidiki, a visit to the Archaeological Museum of Thessaloniki is a must to understand everything about this famous land and its people. 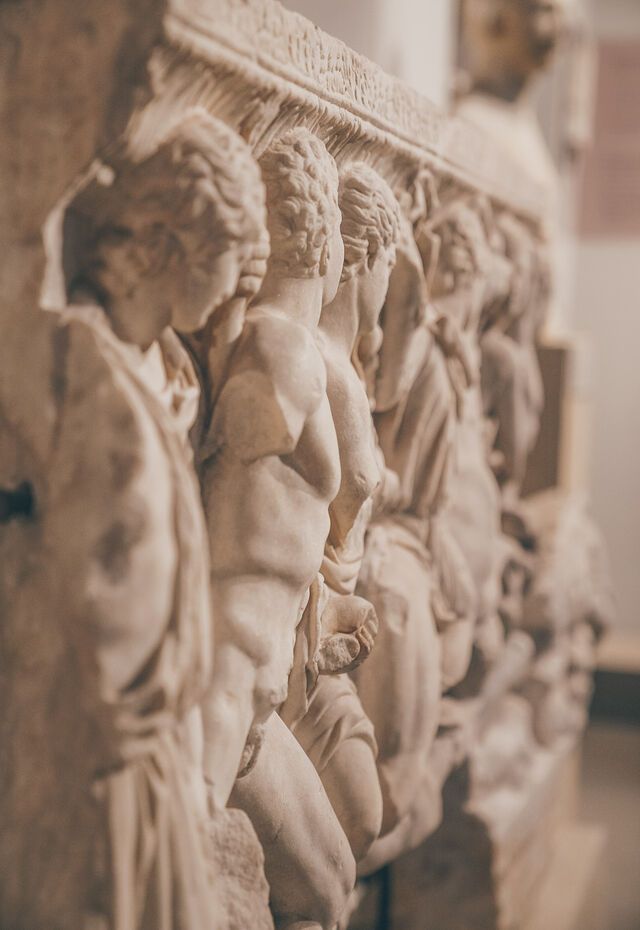 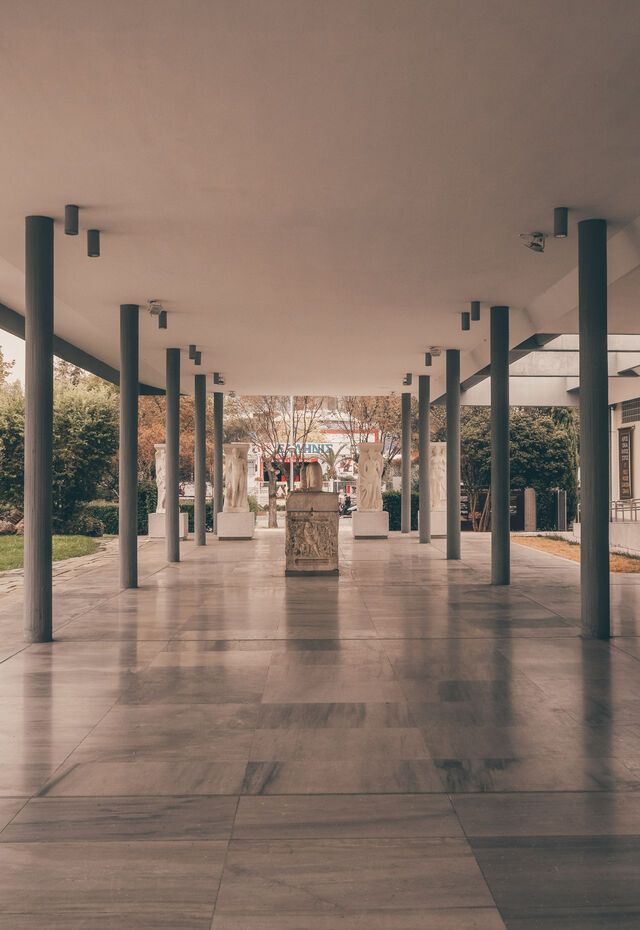 View on map
Duration
2 - 3 hours
Season
All year round

It’s only right that Greece’s biggest city in the north and the region that gave us the great Macedonian dynasties should have an archaeological museum to rank amongst the very best in the country.

From the extraordinary Petralona Hoard, dating from the 3rd millennium (yes, millennium!) BC to the time when Macedonia was a province of the Roman Empire, the museum describes a sweeping story of early human life, grand civilisations and the economic, social and commercial explosion that led the metropolis we enjoy today.

On display are artefacts and monuments excavated locally or in the wider area (including Mt Olympus and Mt Athos), through which you’ll witness the developments in stonework (from architecture to artistry) and the metalwork for which the region is famed – notably the use of gold, reaching its zenith with the ornate gold wreaths of the Macedonians.

Clearly laid out and with audio-visual displays and touch screens bringing stories to life… the museum keeps your full attention, before you step back outside and see the city through new eyes. 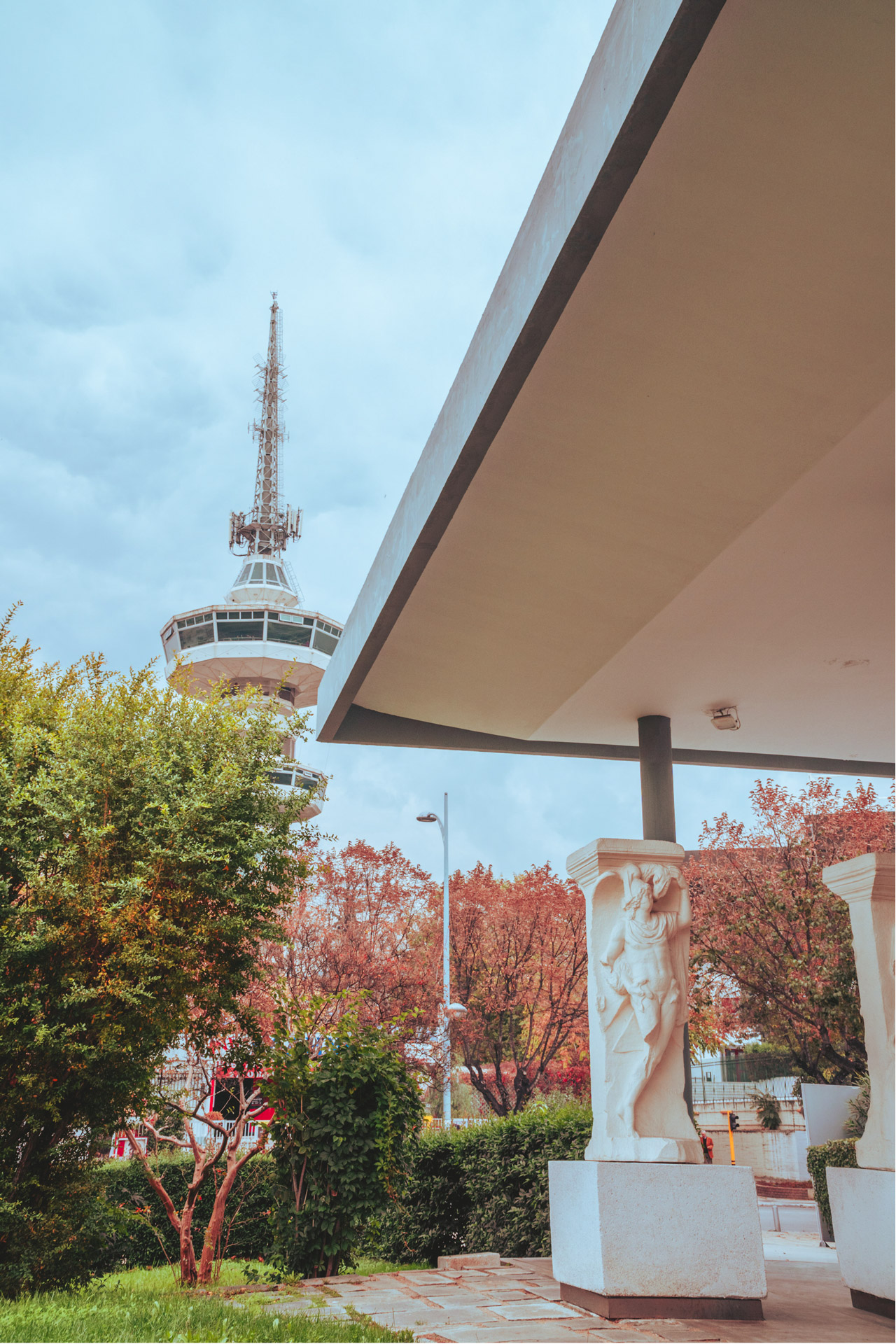 View of OTE tower from the archaeological museum 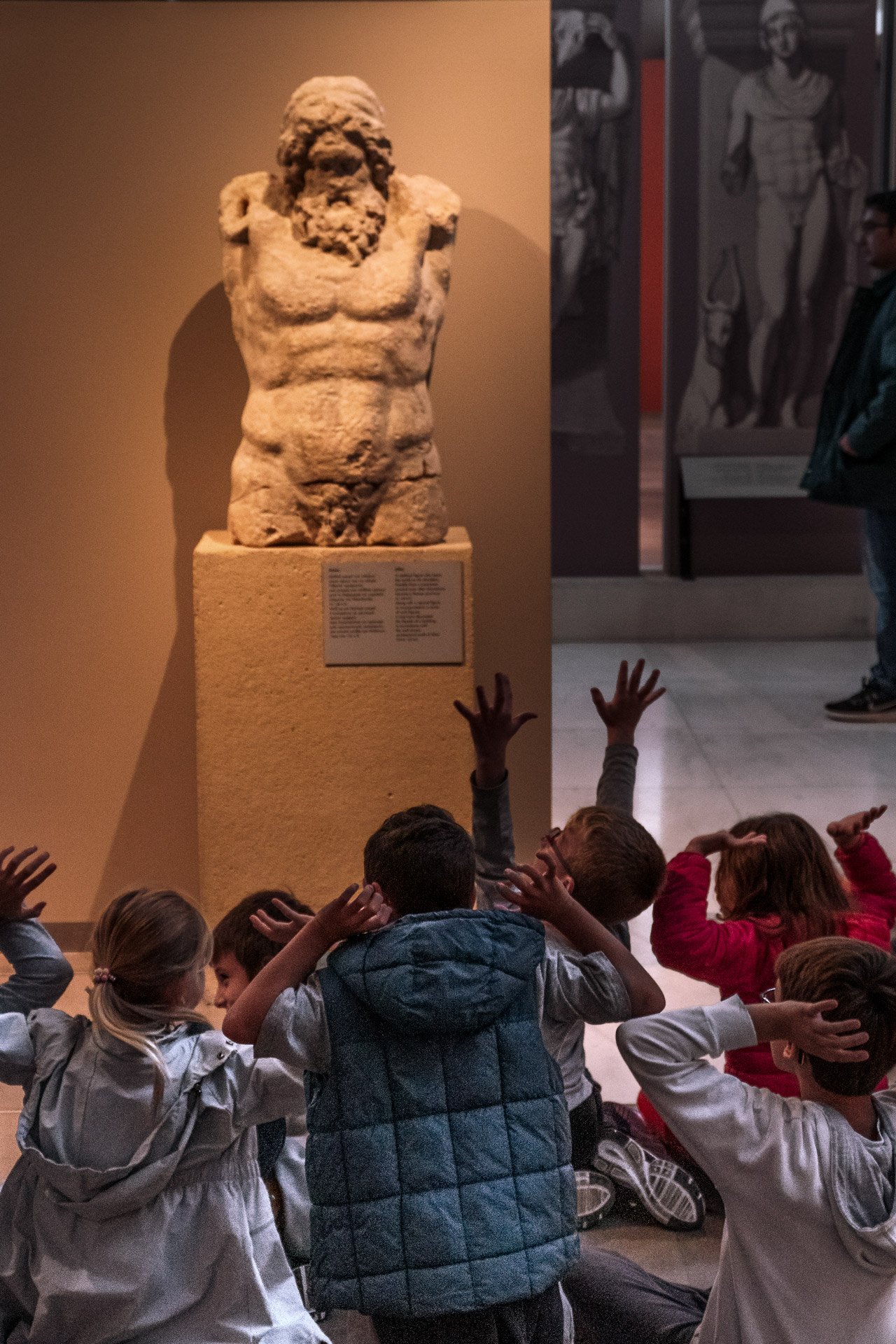 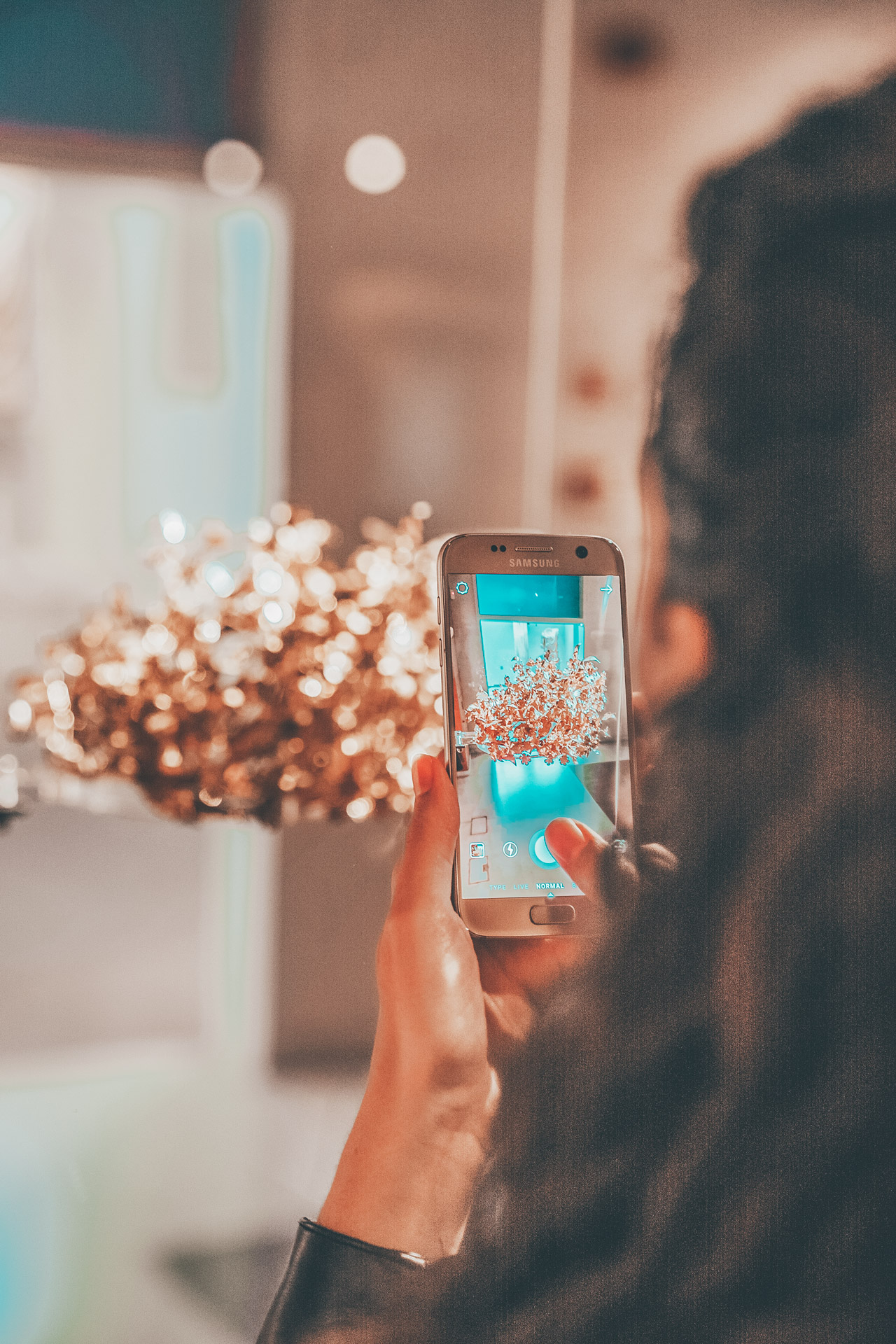 Gold masterpiece in the Archaeological Museum of Thessaloniki 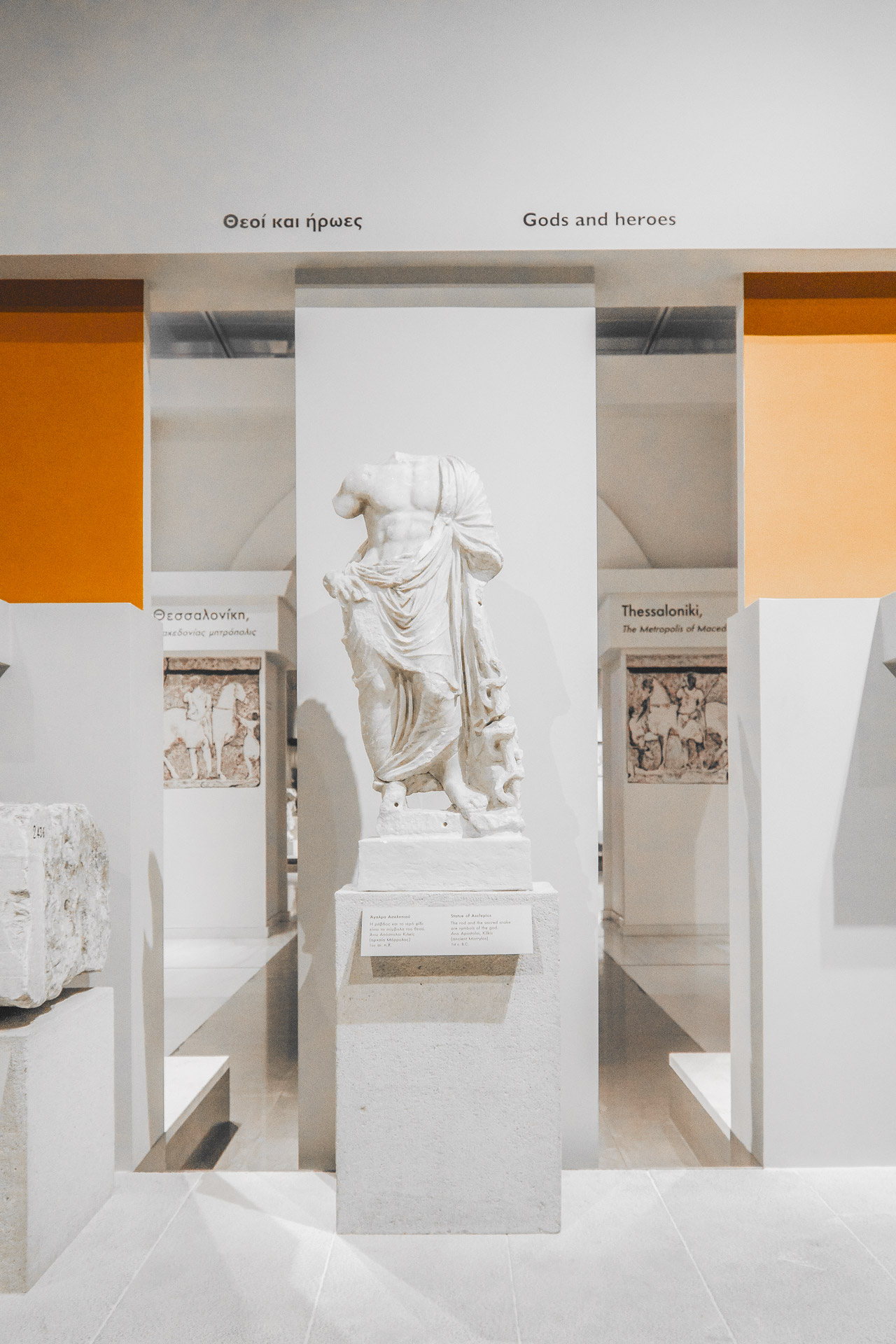 Explore extraordinary statues and learn everything about ancient Macedonia 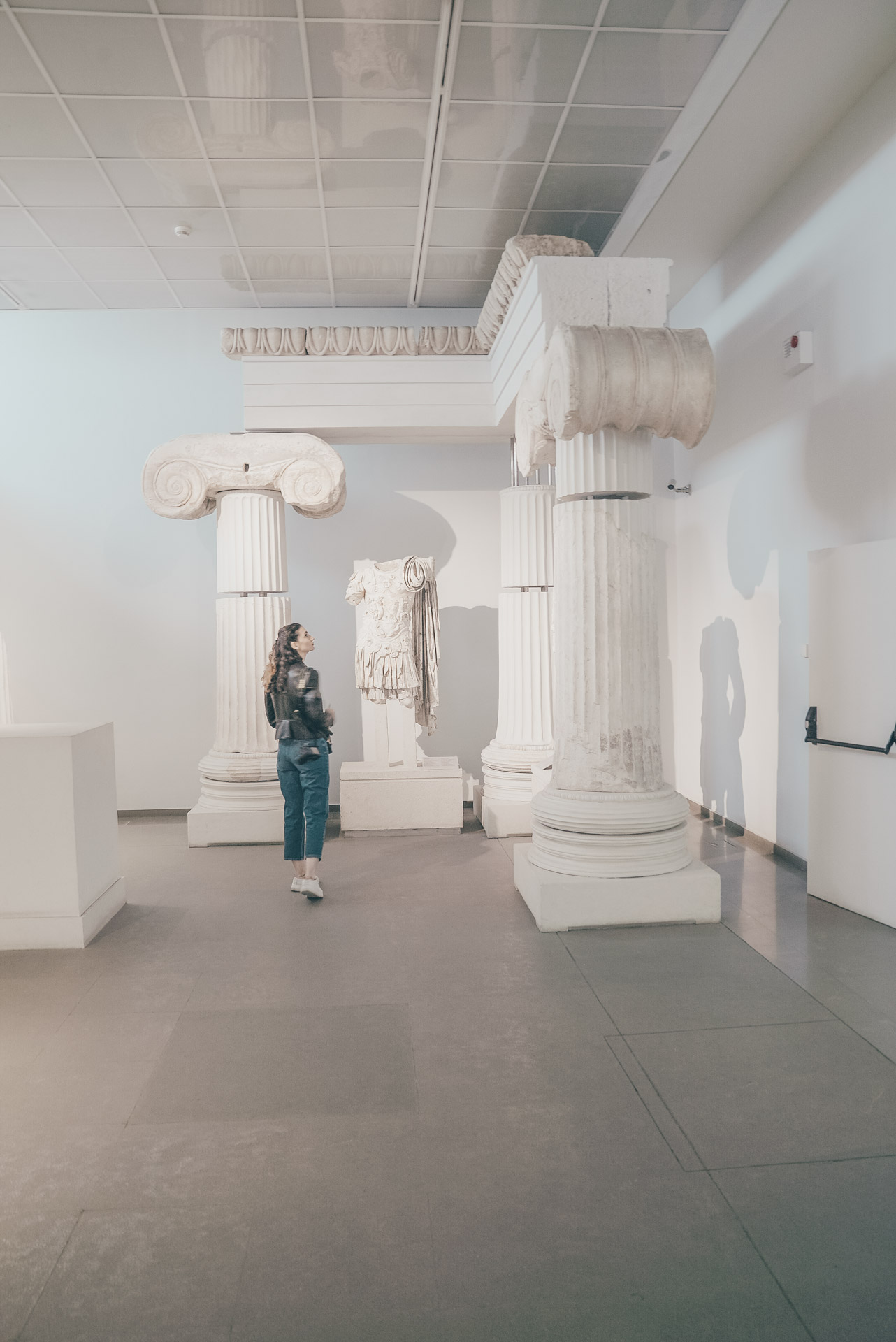 Time travel in ancient Macedonia at the Archaeological Museum of Thessaloniki 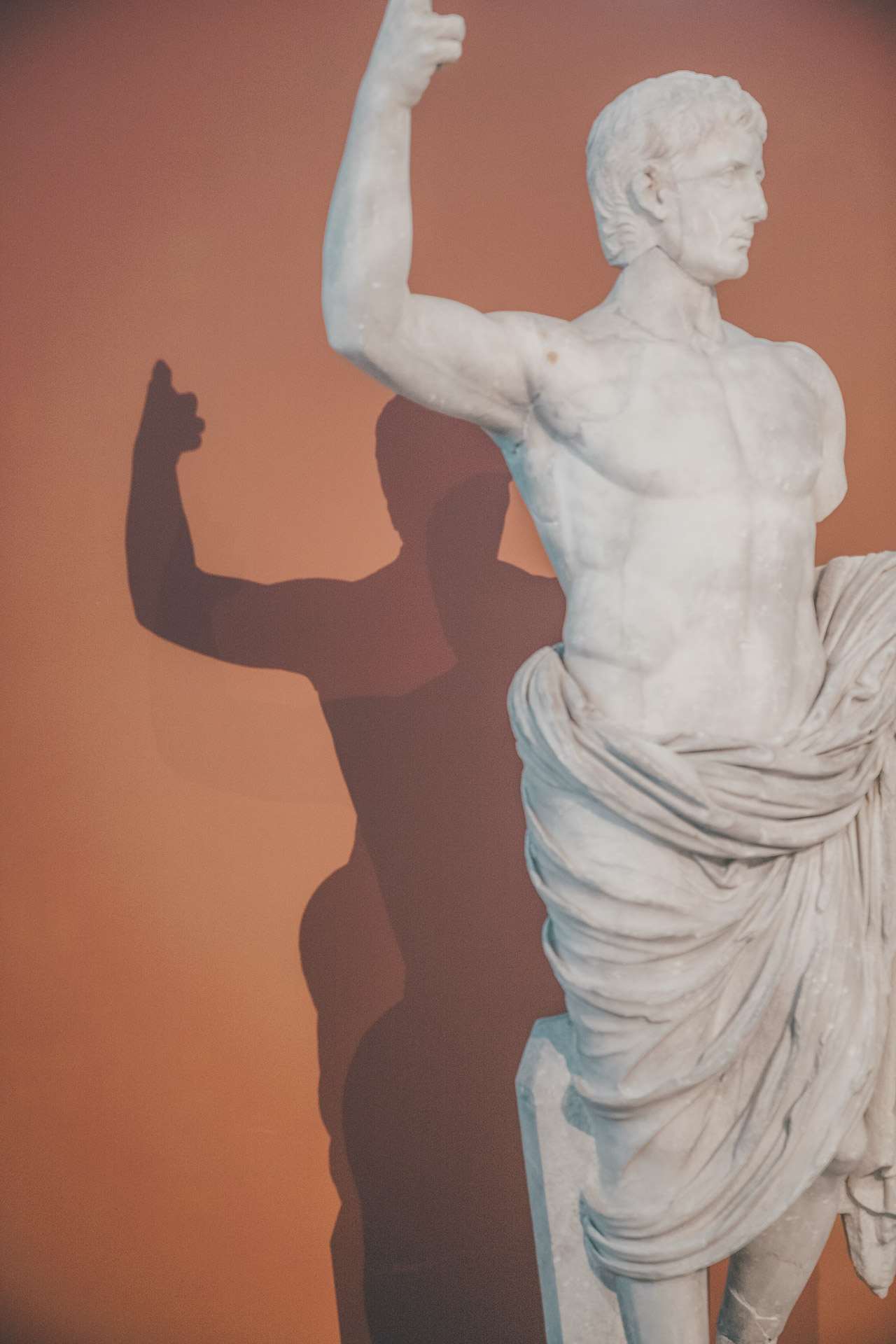 Vew of ancient statue at Archaeological Museum of Thessaloniki 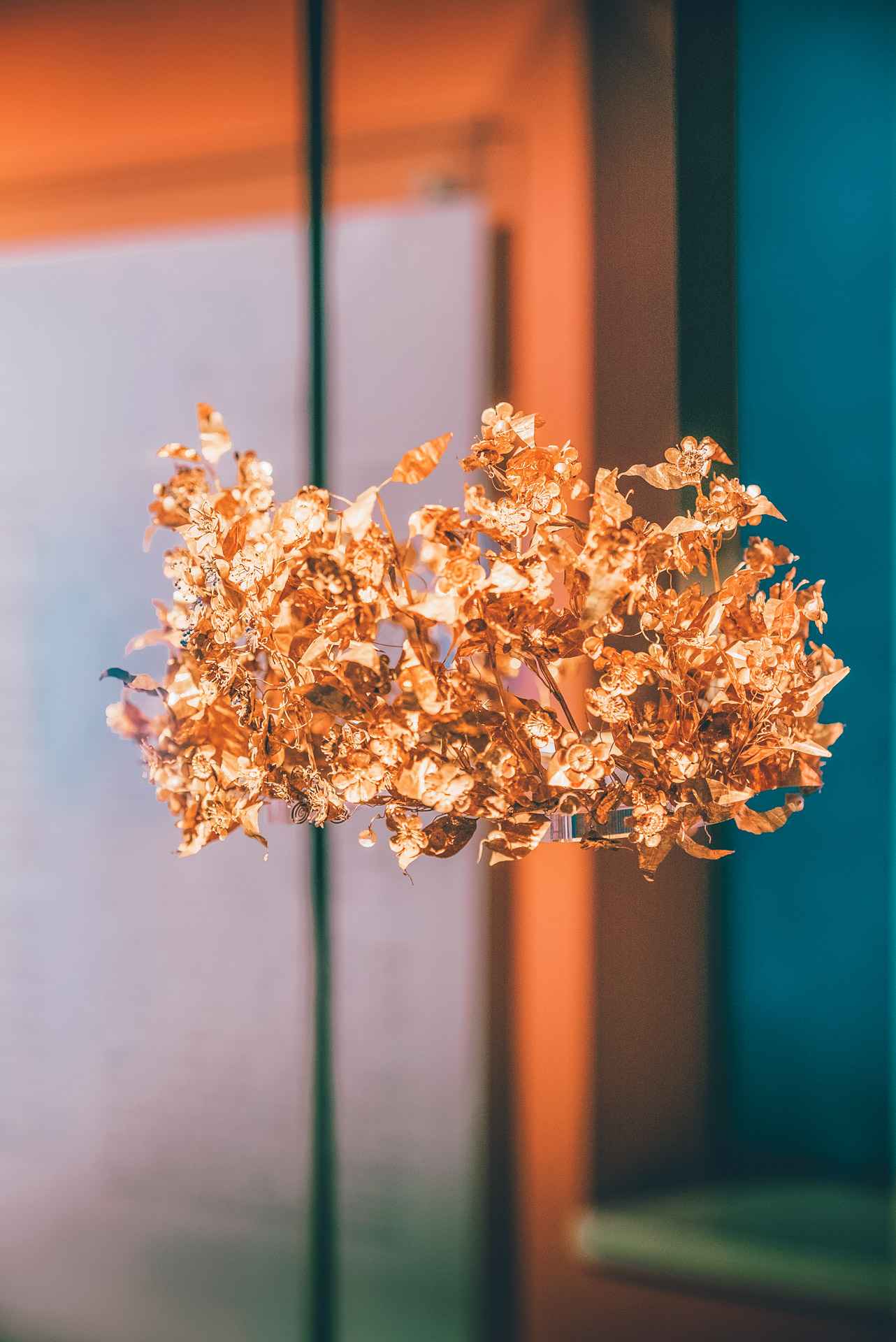 Explore the gallery The gold of Macedon

The timeframe of history (or pre-history) within the museum is extraordinary. The permanent exhibitions alone will make you feel that no stone has been left unturned in telling the story of a fascinating part of the world.

Taking you to the time before modern humans, you are introduced to prehistoric Macedonia through exhibits such as the Petralona Skull, found in a cave in Halkidiki and believed to be more than 200,000 years old. Discover the Neolithic era and, through collections such as the astonishing Petralona Hoard of tools and weapons, the Bronze Age, showing how early humans hunted, fished, farmed, made tools, traded and became communities.

Towards the birth of cities

So often depicted as a time of darkness, the Iron Age (1100-700BC) is brought to light through the latest excavations revealing important changes in the economic and social life of settlements at the time. In this context, Macedonia is shown to belong to a wider network, exchanging goods and know-how, particularly in metalwork.

Macedonia from the 7th century BC until the late antiquity

From independent kingdom to province of the Roman Empire, this was the time when Macedonia flourished politically, socially and economically. Through hundreds of artefacts, you’ll learn about the institutions that defined the region’s history and how life was organised – the military, education, sports, farming, crafting, trading, and of course arts and religion. Highlights include the General conscription decree of King Philip V in 197 BC, calling on all males aged 15 to 50 to take up arms against the Romans. And the Marble door of the Macedonian Tomb of Agia Paraskevi, an elaborate burial monument showing the intricacy of Macedonian craftsmanship and burial customs of the elite.

Dedicated to the ancient city from its founding in 315 BC to the early 4th century AD. You’ll appreciate the origins of Thessaloniki’s modern grid system, including the organisation of ancient public and private life, and be introduced to some lesser-known monuments in the city. Highlights include the Statue of Augustus, the first Roman emperor (24 BC-14 AD) and the best-preserved statue in the museum, and the Small Arch of Galerius, originally crowning a small temple during the time of Gaius Galerius Valerius Maximianus, the Roman Caesar who gave Thessaloniki its palatial complex.

The Gold of Macedon

Metallurgy flourished in Macedonia not once but twice, in the late Archaic and early Classical times and later in Classical and early Hellenistic times. The craftsmanship is remarkable, particularly in the golden wreaths and the burial collections (weaponry, vessels and jewellery). Highlights are the Derveni Krater, a masterpiece of the 4th century BC, depicting the sacred wedding of Dionysus and Ariadne along with an entourage of satyrs and maenads. Also in this section is the Derveni Papyrus, from 340-320 BC, the oldest surviving book in Europe. It only survived because it is charred and is on the UNESCO Memory of the World register. The first part describes cult practices associated with the afterlife of the soul and the second contains an Orphic hymn.

Artefacts from the 2nd-4th century AD, when Thessaloniki flourished, are displayed here, with sarcophagi and altars from the city's cemeteries. There is also a depiction of a wealthy house during the Roman Empire, including original mosaic floors, and reconstructions of a dining room, bedrooms, kitchen and reception area.

Centring on the 1st to the 7th century AD, this section focuses on how stone was used in the communication of laws and edicts of kings and emperors, and shaped in the construction of temples, public buildings and of course the sculptures of heroes, gods and the busts of rulers and prominent citizens we admire today.

Group
All aboard, take the scenic route through history by rail in a place explored by over 2-million visitors annually.
Group
While in Thessaloniki, don’t miss out the opportunity to visit Meteora – one of the world’s most popular UNESCO sites.
Group
2 Day Hike Olympus is a mountainous 2 day adventure tour on the legendary Mt. Olympus, home of ancient Greek Gods!
EXPLORE ALL

It’s worth avoiding the hottest and most popular summer months and exploring the city in spring, early and late summer and autumn. 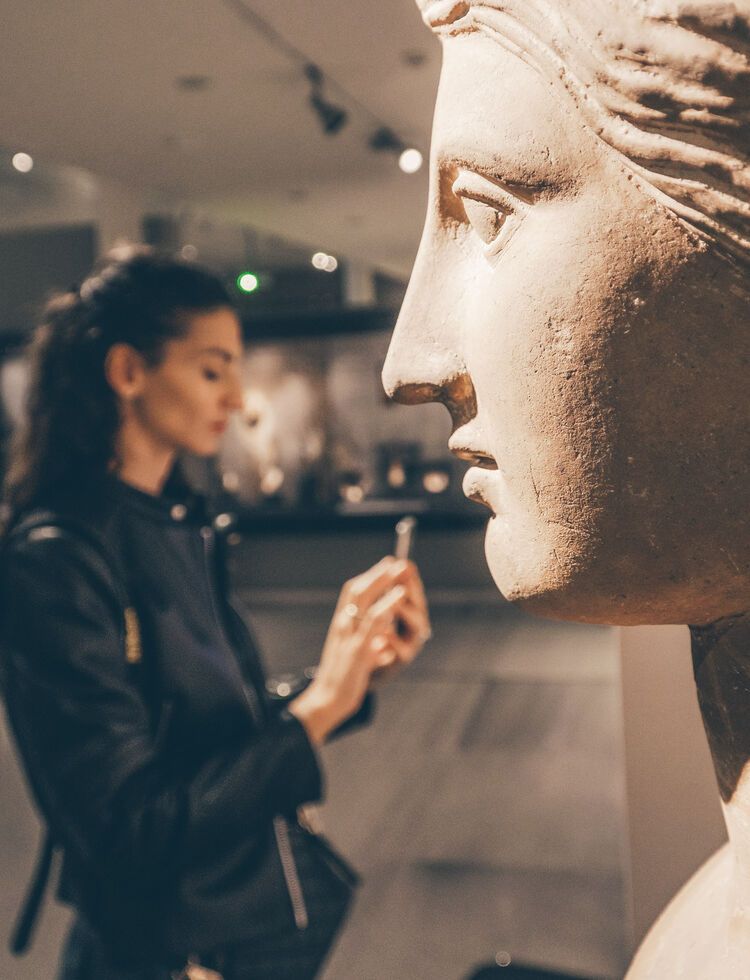 Refrain from touching any remains or monuments. The fingers’ natural oils can be extremely damaging to artefacts.
Use the bins provided or, if need be, take your rubbish with you.
Use a refillable water bottle to try to minimise your use of plastic.
If there’s a “No flash photography” sign, please respect it. It’s to protect the monuments.
No pets (other than guide dogs) are allowed in cultural sites.
Read More Read Less
DESTINATION