A tour of the Panathenaic Stadium in Athens

Sponsored by Aegean Airlines
Having hosted the original modern Olympic Games in 1896 and been the site of athletic and cultural events in antiquity, the Panathenaic Stadium in Athens is packed with fascinating history and continues to be a part of the daily lives of Athenians 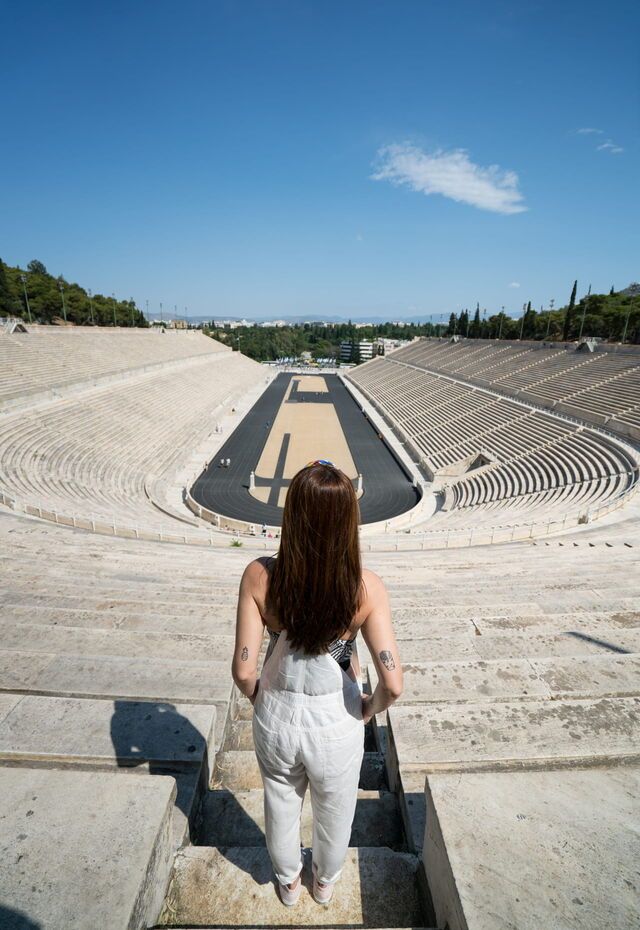 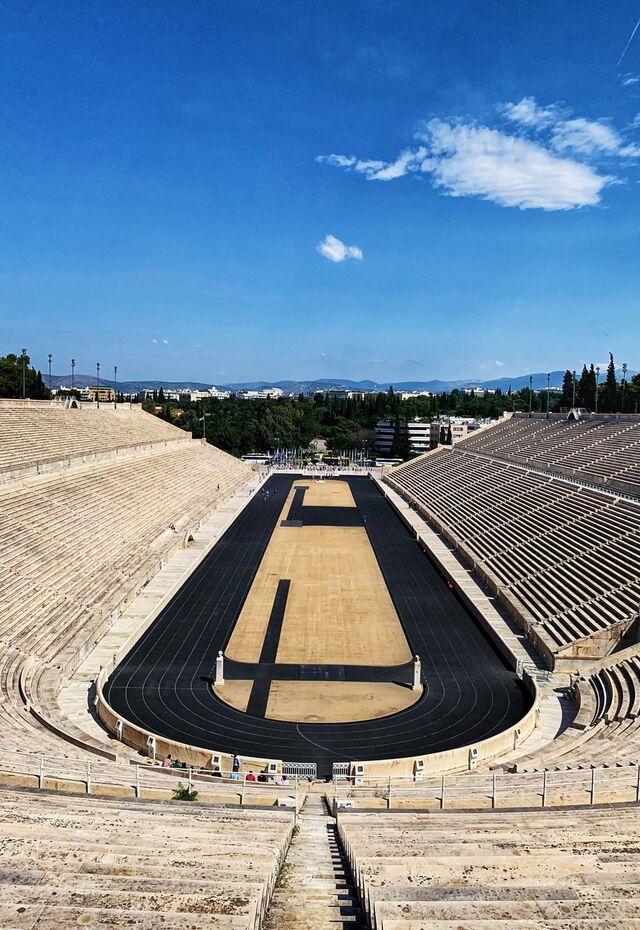 View on map
Duration
1-2 hours
Season
All year round

Standing in front of the horseshoe-shaped Panathenaic Stadium in Athens, you can easily imagine the 80,000 spectators at the opening ceremony of the first modern Olympics in 1896, cheering the establishment of the ideals of excellence, friendship and respect through sport. What might be harder to imagine are the 50,000 spectators in the mid-2nd century AD in what was (in shape at least) a similar stadium, revelling in the gladiatorial battles and animal baiting during Athens’ Roman occupation..

Both scenes are part of the unique history of this Athens landmark, although the stadium’s Olympic legacy is its defining characteristic and its main reason for visiting.

Its history goes back to 330 BC when the Athenian statesman Lykourgos built the original limestone stadium on the site of a racecourse to stage the Panathenaic Games (a religious and athletic festival celebrated every four years in honour of the goddess Athena).

It was rebuilt by Athenian benefactor Herodes Atticus by 144 AD (when it was given a 50,000-seat capacity and resumed its place as a major Athens monument) but fell out of use by the 4th century AD, becoming derelict until it was chosen as the host venue for the first modern Olympics. Evangelos Zappas provided the vision and George Averoff (an Egypt-based Greek businessman from Metsovo) the money … and the result was (what is still) the only all-marble stadium in the world. Its other name (Kallimarmaro) means ‘beautiful marble’.

The real beauty of the Panathenaic Stadium, however, is that it is still part of the daily lives of Athenians, with the surrounding woodland and even the track used as a jogging venue. It’s the finishing line for the annual Athens Marathon and, every four years, holds the Olympic Flame handover ceremony. During the 2004 Athens Olympics, it once again became an Olympic venue, hosting the archery competition.

For the price of admission, you’ll line up on the running track like those first modern Olympians, pose for a photo on the winner’s podium, visit the on-site museum and walk through the Vaulted Passage and diodos, the underground passage used by ancient athletes entering the stadium.

Read More Read Less
See the gallery
The real beauty of the Panathenaic Stadium, however, is that it is still part of the daily lives of Athenians 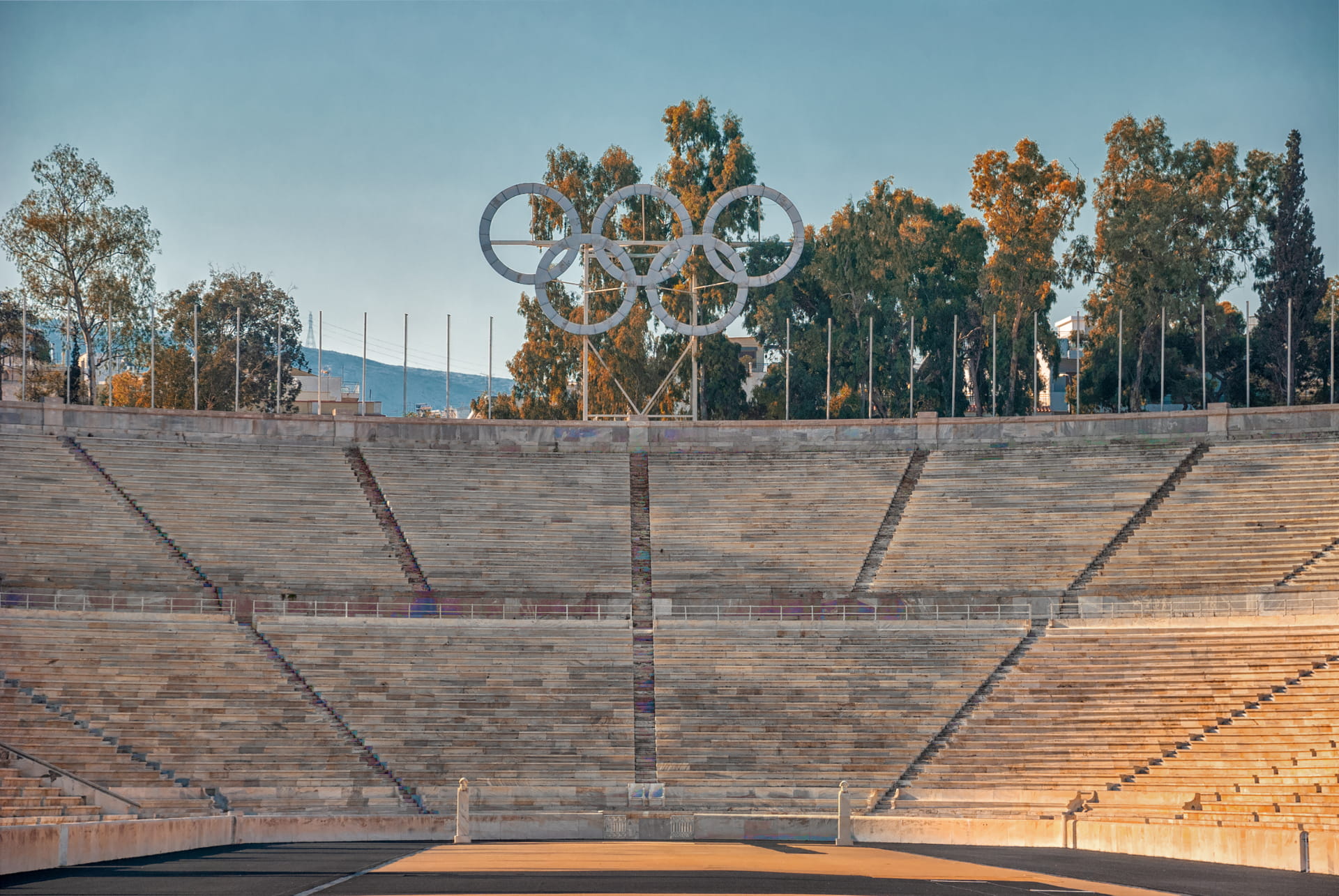 The Panathenaic is the first greek stadium in Athens 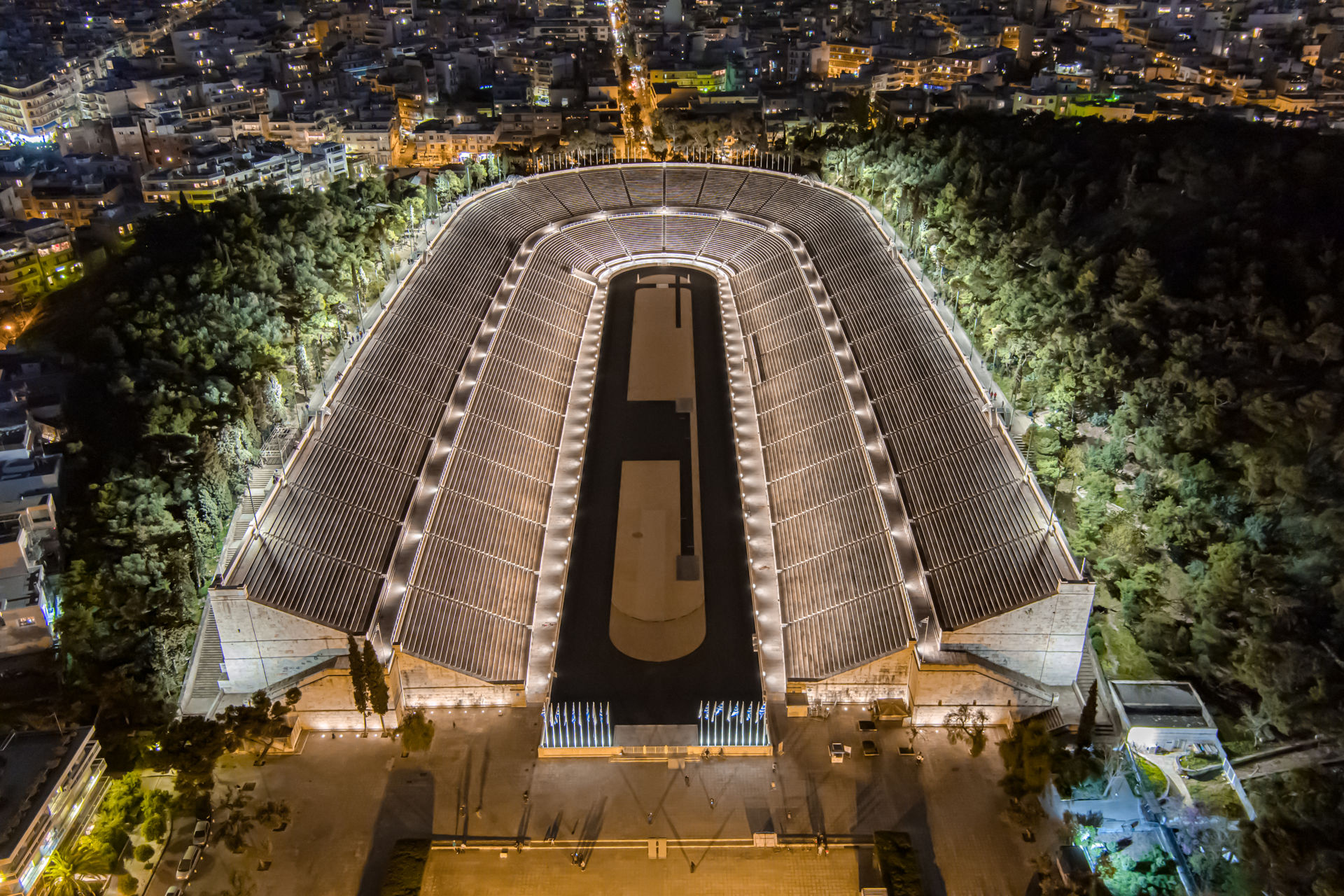 The Panathenaic Stadium (Kallimarmaro) in Athens 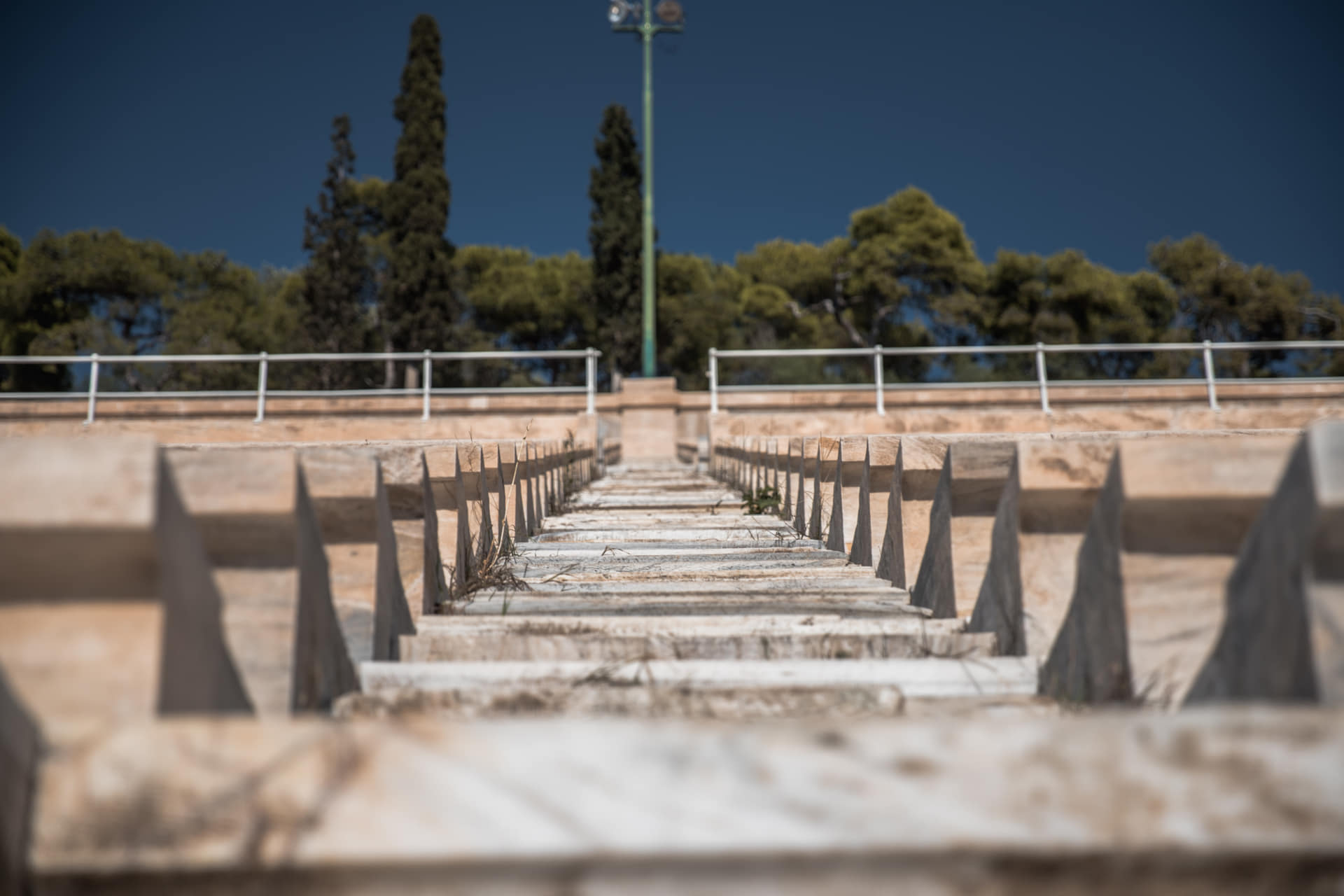 During the 2004 Athens Olympics, it once again became an Olympic venue, hosting the archery competition.
By Anastase Maragos 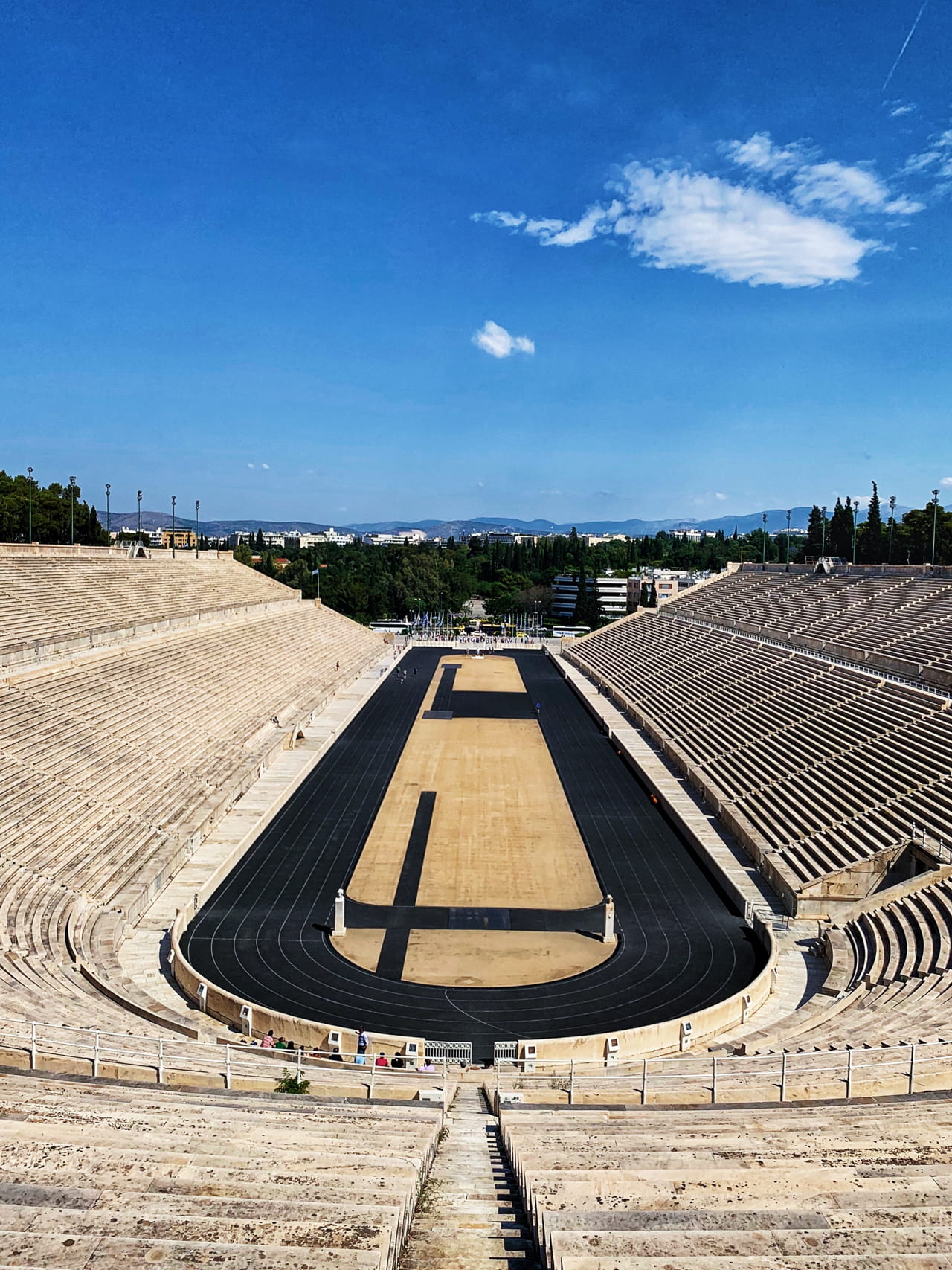 The Panathenaic Stadium is open all year round 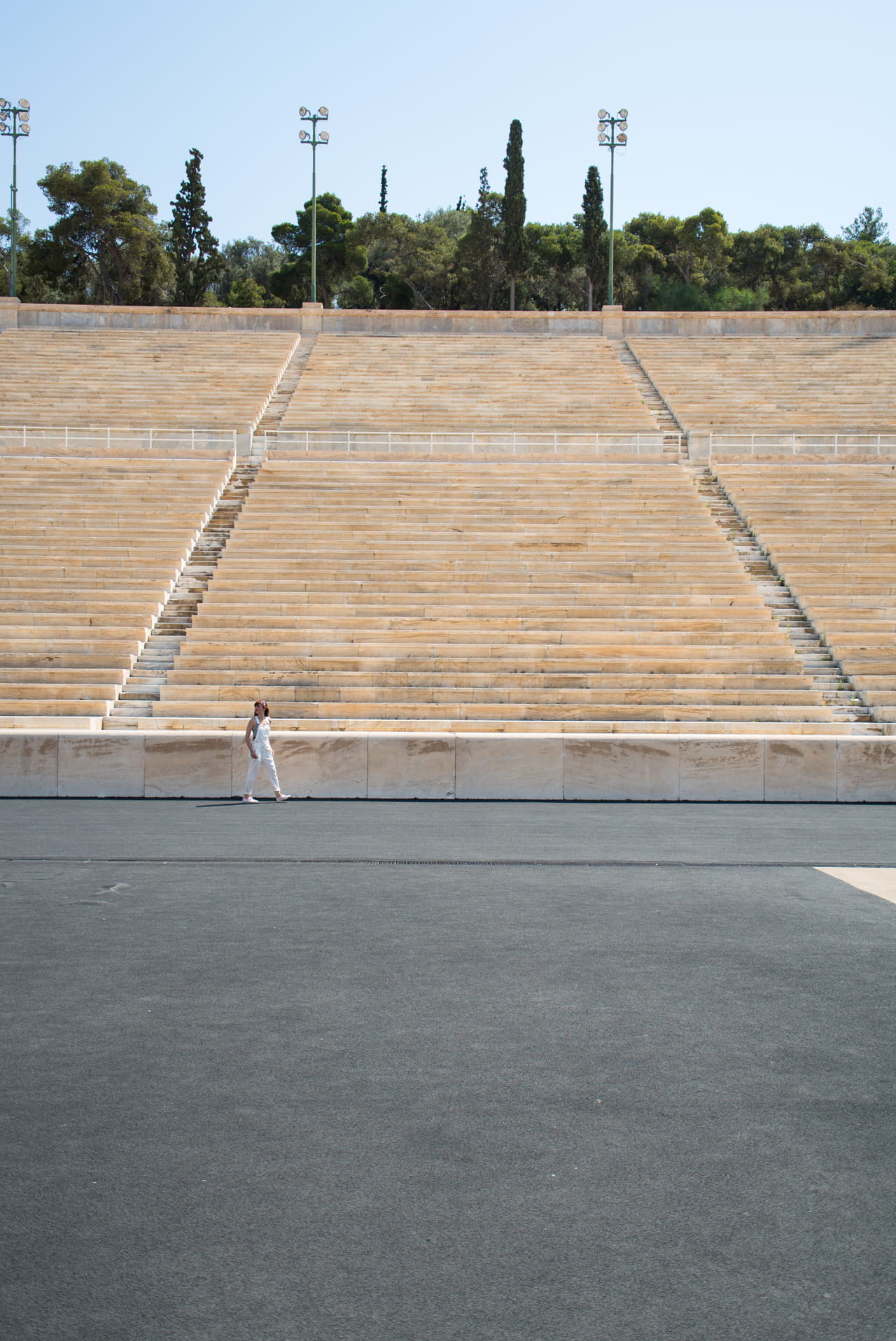 Exploring the Panathenaic stadium in Athens

Group
Ride with us and discover all the must-see locations and hidden gems of Athens! Get an overview of the city center and enjoy the city...
Group
Join our Athens mythological tour & get to the heart of the ancient world by exploring Athens' landmark sites through timeless myths. Uncover fascinating stories...
EXPLORE ALL

Athens
from 185 €
BOOK NOW
VIEW ALL
Book your trip

Where is the Panathenaic Stadium in Athens?

When is the best time to visit the Panathenaic Stadium in Athens?

What are the opening times of the Panathenaic Stadium and how much are tickets? 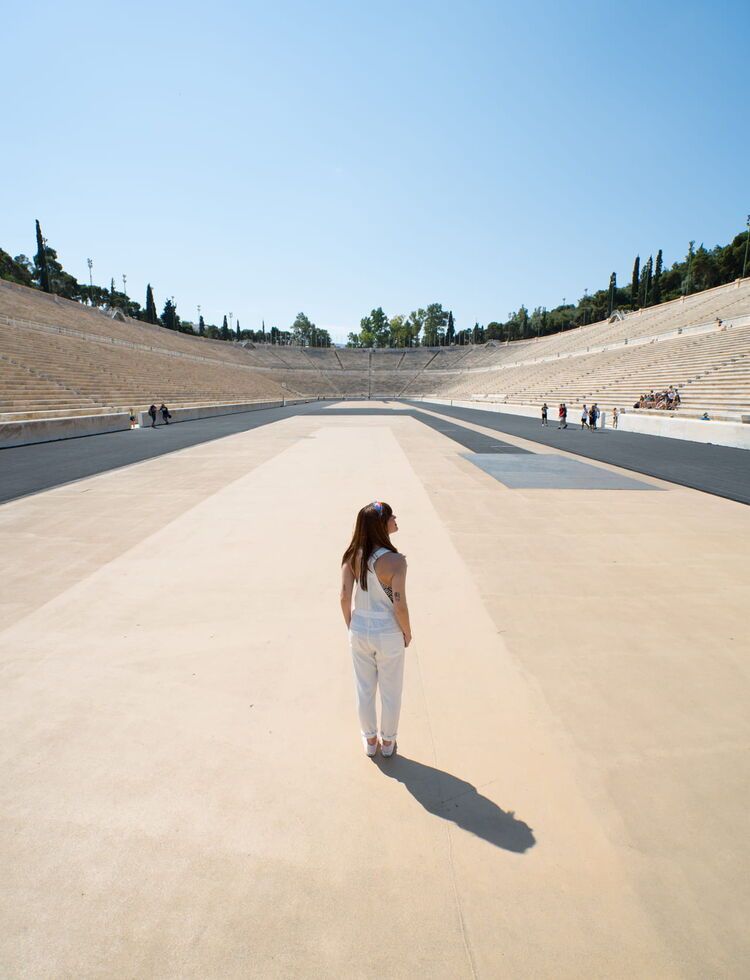 Use the bins provided (especially for chewing gum, which can damage the marble). If need be, take your rubbish with you.
Amateur photography/filming are permitted in all areas
Use a refillable water bottle to try to minimise your use of plastic.
No pets (other than guide dogs) are allowed in cultural sites.
Smoking is prohibited.
Read More Read Less