The aristocrat on the mountain

It’s another world 1,000m above sea level. The town of Metsovo perches on one of the most beautiful slopes of the Pindus Mountain range, at the ‘crossroads’ of Epirus, Thessaly and Western Macedonia. Built like an amphitheatre, its collection of houses with tile roofs and wooden porches stretch out across the slope, and within them are grand mansions nestled in between beech and fir trees. The soothing sound of water always on the move adds to the majestic atmosphere.

What to do in Metsovo

Home of the benefactors and living tradition

Metsovo has always been a thriving town, with an economy based on livestock, trade and crafts. Metsovite travellers and traders became prosperous, particularly in the Danubian principalities and Russia, and subsequently brought the benefits of their wealth back to their homeland by constructing public buildings, bridges, churches and schools. Metsovo became a cultural and commercial hub for merchants and traders from East and West. Of its benefactors, particularly noteworthy are the Tositsa Foundation and Evangelos Averoff, who were the driving force behind the economic boom and an influx of tourism in 1970.

Metsovo’s main square is one of the most famous attractions of mountainous Greece and thousands of visitors pass through it every year, stopping to take a picture next to the monument of two bears exchanging glances, while elderly Metsovites look on, conversing in their local Vlach dialect.

More than 200 paintings and sculptures by the great Greek artists of the 19th and 20th century are exhibited here, the most significant focal point of culture in Epirus. Lytras, Gyzis, Volanakis, Parthenis, Hatzikiriakos-Gikas, Tsarouhis, Moralis and Fasianos are just a few of the big names in the collection, housed in a spectacular three-storey building behind the town’s main square.

The high altitude of the artificial lake at the source of the Aoos River makes it the only one of its kind in Greece. In the winter, the blue water sinks into the white landscape and in the summer it is draped in the foliage of the dense riparian forest. The beech forest gives way to a forest of firs to the north of the lake, on the boundary of the Pindus National Park.

A day on the slopes

Metsovo’s Politses Ski Resort may be small, but it offers all the necessary facilities for a day’s skiing. Reaching an altitude of 1,400m, it has five pistes and three lifts.

The famous cheese of Pindus

It’s called Metsovone and is a delicious traditional smoked cheese, one of the most popular in Greece. They say that it contains all the aromas of the Pindus Mountains. The secret is in the milk, provided by the region’s farmers, whose animals roam freely in the surrounding valleys from spring until autumn.

The Sequoia of Agios Nikolaos

The combination is one of a kind: A river, grove, fountain, huge sequoia, wooden bell tower and a stone-built monastery. Metsovo’s Agios Nikolaos Monastery was established in the Byzantine era and is one of the most important in the area.

They sew traditional Greek costumes by hand and engrave ornate wooden ceilings in homes and church altars. Metsovo’s artisans are the dedicated guardians of these rare traditional crafts, sworn to keep them alive for generations to come.

A constant source of inspiration

Crystal-clear, pure water comes gushing out of some 25 stone ‘taps’ found around the area, the same water that sustains the abundant flora and fauna in the area. Combine a scene of natural beauty and a singularly thirst-quenching experience in one gulp!

Metsovo is a traditional village in the Pindos Mountains, in the Epirus region of northern Greece. It is the centre of Greece’s Vlach population, whose language is of Latin origin and contains elements of Greek and Balkan dialects. Metsovo is known for its woven textiles, wood carving and red wine, being the first location in Greece to introduce the Cabernet Sauvignon grape. It is also associated with two of Greece’s biggest benefactor families, Averoff and Tossizza.

Metsovo is around 445km (4½hrs) by car from Athens via the Rio-Antirrio Bridge near Patras or 411km (5hrs) via Karditsa, and 217km (2½hrs) from Thessaloniki. The closest city is Ioannina (50k, 50mins). You can also reach it by public bus (KTEL) from all these locations.

Group
The tour takes places in the Vikos-Aoos National Park, the most untouched area in Greece, in the region of Epirus. Cross the impressive Vikos gorge,...
EXPLORE ALL

Metsovo
from 95 €
BOOK NOW
VIEW ALL
Book your trip

#discovergreece
See the gallery
Metsovo is an ideal destination for lovers of relaxing mountain holidays
The town is famous for its local cheeses (Metsovone and Metsovela)
Winter activities in Anilio ski center
Winetasting experience in Katogi Averoff winery, Metsovo
Agios Georgios church with long history
Into the cellars of Katogi Averoff winery
Metsovo’s main square is one of the most famous attractions of mountainous Greece
Traditional Christmas in Metsovo
A peaceful lake based at the source of the Aoos River
Traditional Taps
Metsovo's Bear Square - one of the most famous of mountainous Greece
Averoff Gallery, Metsovo 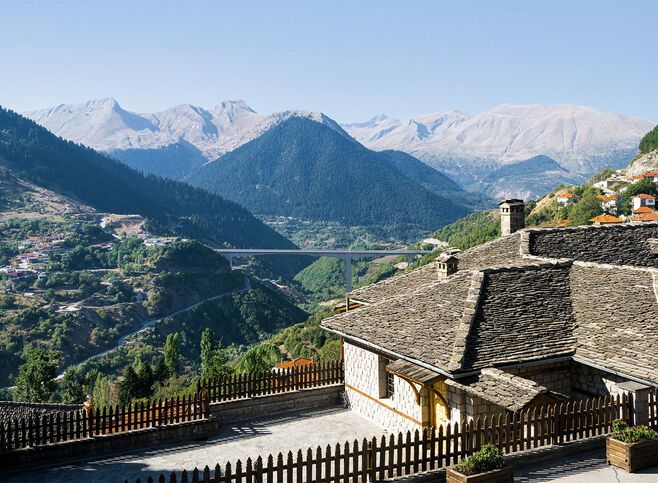 Discover the 11 best things to do in Metsovo

If you love traditional village life, red wine, smoked cheese and the epic mountain scenery in northern Greece, you’ll love all the things to do in Metsovo 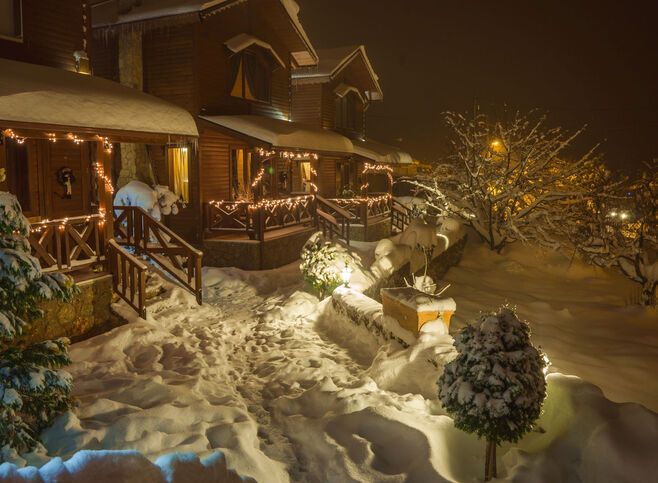 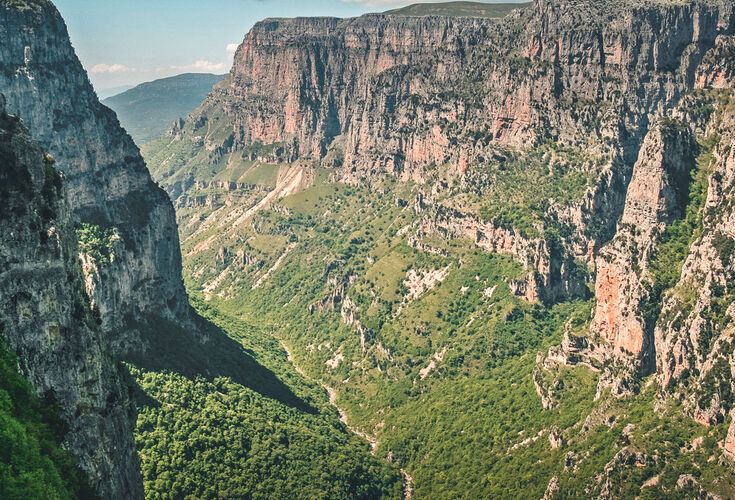