Explore the Minoan Palace of Phaistos in Crete

The Palace of Phaistos is one of the most important centres of Minoan civilisation in Crete, second only in significance to Knossos, and one of the main cultural attractions of southern Heraklion 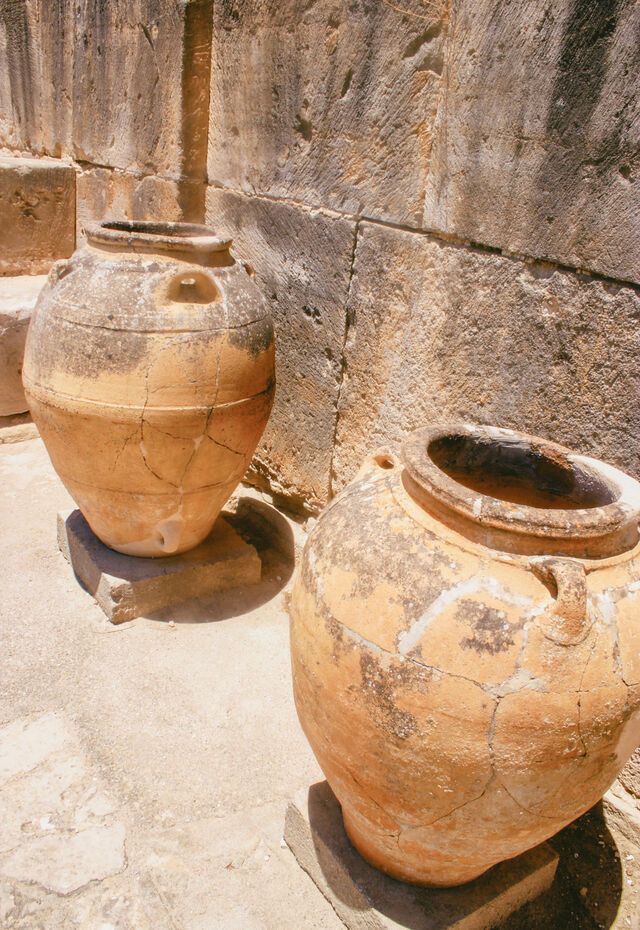 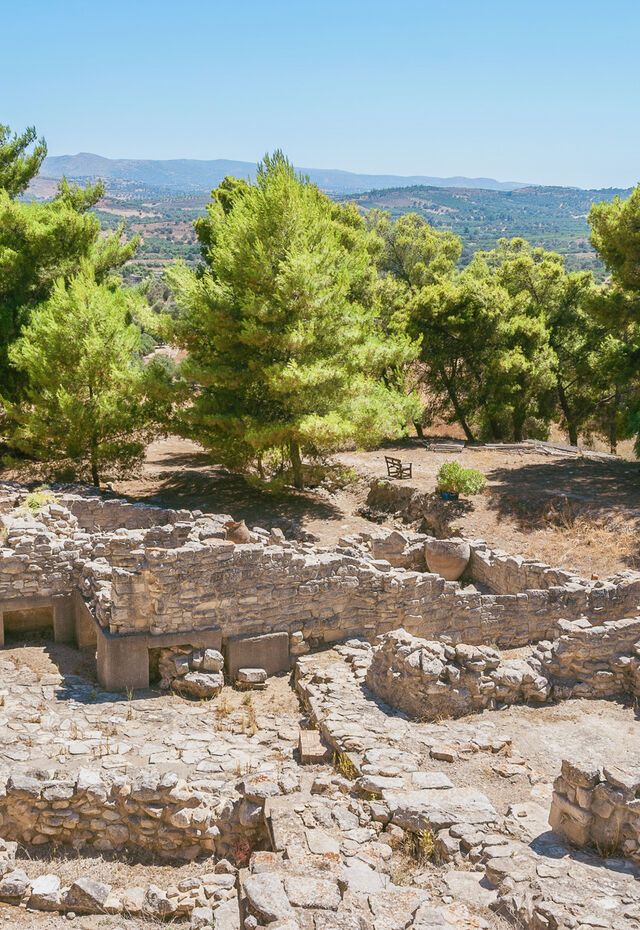 View on map
Duration
1-3 hrs
Season
All year round

Around 60km south of the city of Heraklion, close to Matala and other seaside resorts in southern Crete, the Palace of Phaistos is one of the most important remains of Europe’s oldest civilisation, the Minoans. But before you get complacent about taking a tour around yet another Greek ruin, just consider how old that makes it.

It was mentioned by the historian Pausanias, immortalised as part of the tales of the Trojan War by Homer and, in mythology, was the seat of King Rhadamanthus, the son of Zeus and brother of Minos. It also gave us the Phaistos Disc, one of the earliest and most fascinating examples of writing, on display at the Archaeological Museum of Heraklion.

Built on a hill overlooking the fertile plain of Massara and with views of Mt Psiloritis (Crete’s tallest mountain) as well as Mt Asterousia and the Lasithiotika mountains, the palace offers the perfect excuse to explore the wider region of Heraklion. Best of all, as soon as you’re done, the beaches and tavernas on Crete’s south coast beckon for the rest of the day. The Minoans clearly had a great eye for a location. 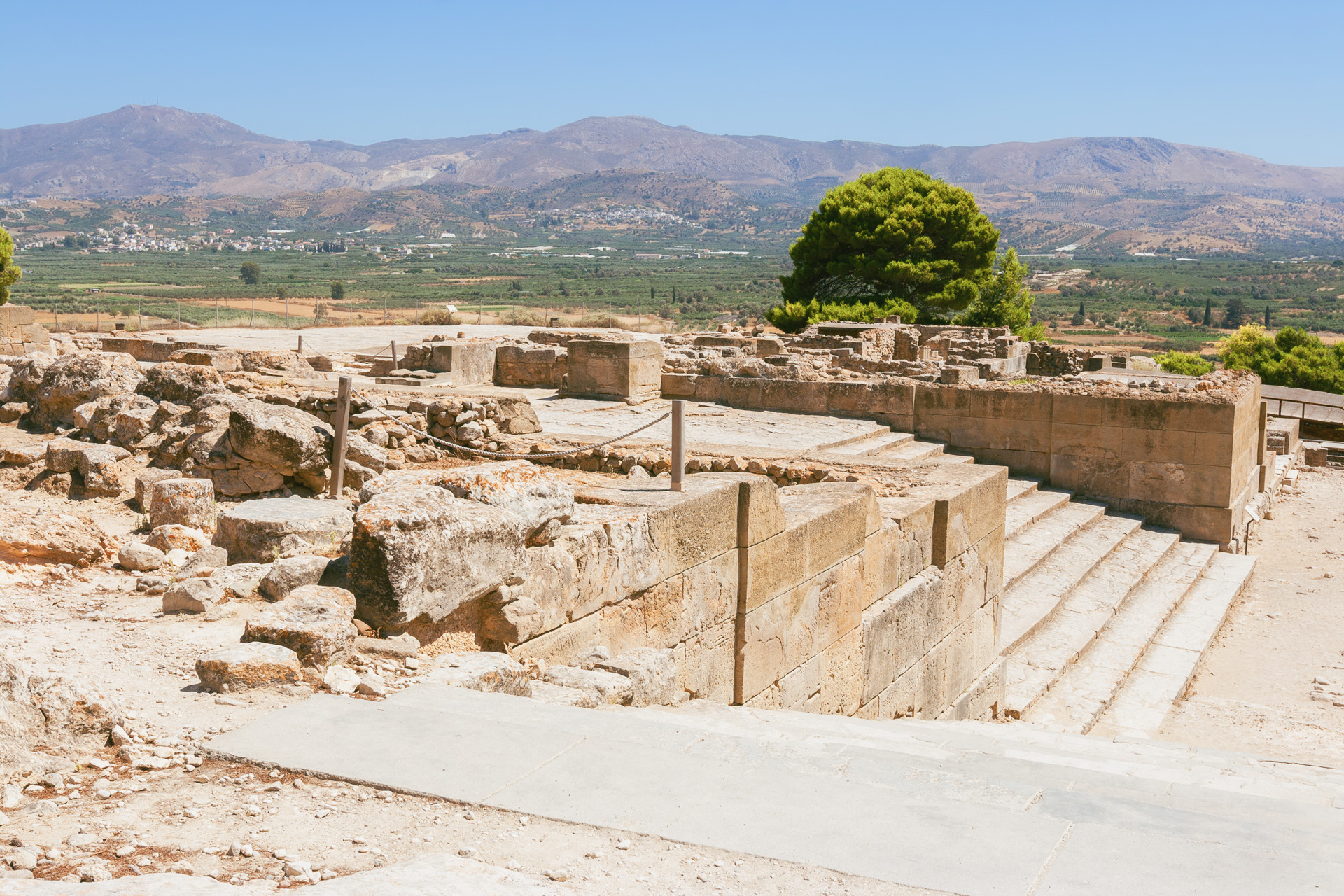 The Minoan Palace of Phaistos in Crete 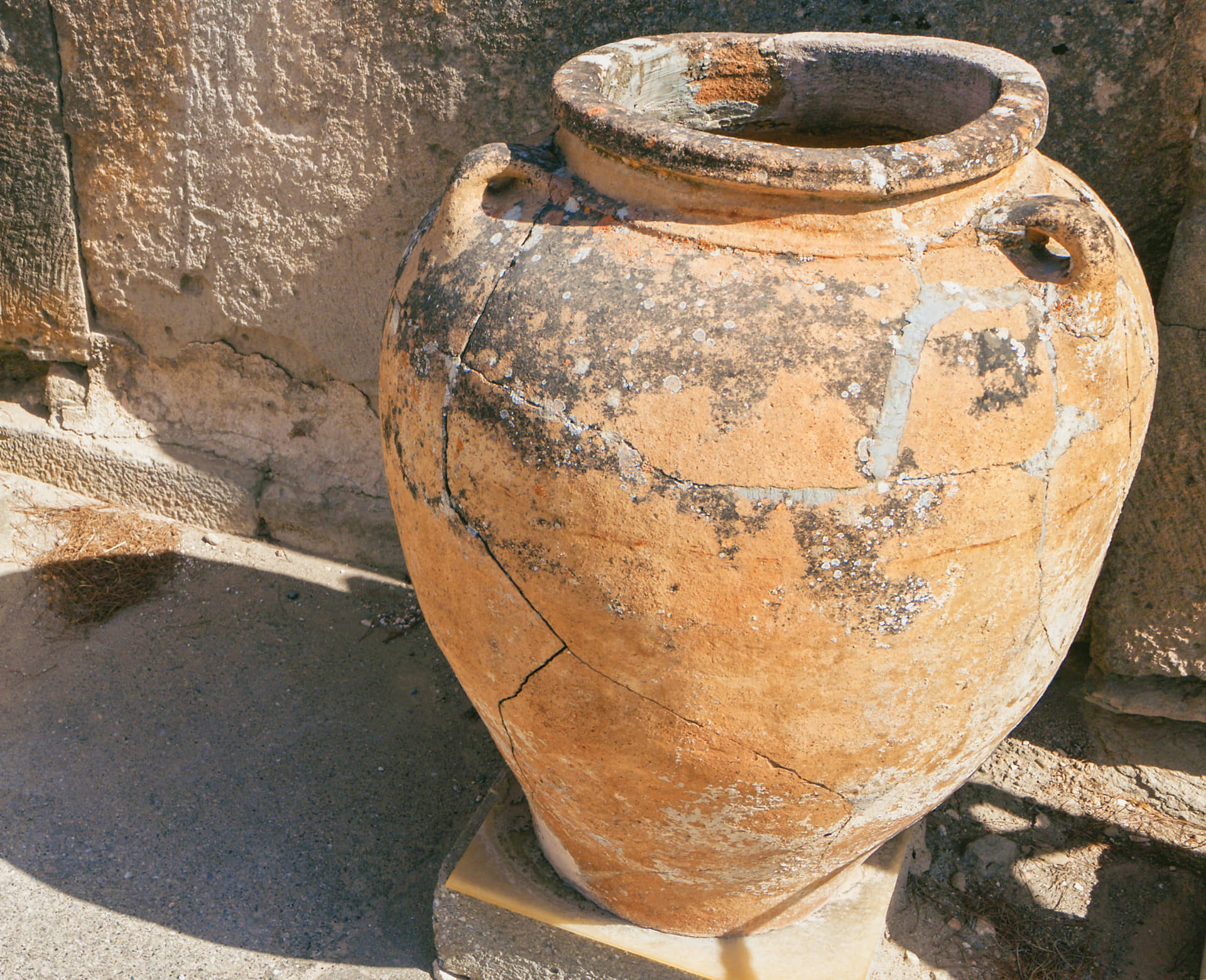 Ancient crater found in the palace of Phaistos

Highlights of the Minoan Palace of Phaistos in Crete

Your tour starts at what is believed to be the main entrance of both the Old and New Palace. Looking over the remains, you can appreciate how the palace was built over three terraces, with a Processional Causeway running from north to south, and a Central Court dominating the layout. This is perhaps the best angle to observe what little is left of the many rooms and warehouses serving a community of 18,000 during the time of the First Palace Period and reaching an estimated 100,000 in the wider city by 1700 BC.

Just below the Upper Terrace, the West Court is notable for the 8 rows of stone seating, each more than 20m wide and capable of gathering an audience of more than 400 people in total. From what we know of Minoan civilisation, the events staged here would have been religious ceremonies and political or community gatherings rather than theatrical productions.

Even though the palace buildings are largely destroyed, the layout will naturally take you from the West Court towards the 14m wide monumental staircase next. Note how the steps slope downwards (presumably for rainwater to wash away) and look out for the remains of the columns of the once-covered Propylon or portico at the top, serving as a corridor to the Central Court.

At 55m long and 25m wide, the Central Court was the hub of social and political activity at the palace. Though you will have stepped into the stone-paved courtyard through what was once its main entrance, you will be able to make out the remains of other corridors and entrances, helping you understand its architectural importance in communicating with other rooms and spaces of the palace. On either side would have stood porticos with alternating pillars and columns.

Northeast of the Central Court are the remains of a section of the palace with a kiln in the centre for smelting metals and no other remarkable feature – until you learn that this is where the legendary Phaistos Disc was discovered in 1908. The 15cm in diameter disk is believed to date from the middle of the Minoan Bronze Age, with concentric stamped symbols (241 ideograms, 45 of them distinct) whose meaning still escapes us. Visit the Archaeological Museum of Heraklion, where the disk is one of the prized artefacts, and see if you can crack the code.

The last part of your tour brings you to the royal residence at the palace’s North Wing. The smaller Queen’s Apartment comes first, featuring a lightwell (typical of Minoan palatial architecture) as well as sections of flooring and walling with original alabaster (gypsum) slabs and frescoes.

Finally, just to the north, the King’s room also features a lightwell, slabs of alabaster flooring and fresco-decorated walls. The key feature, however, is a lustral basin in a small chamber at the bottom of a short staircase in which cleansing (a religious ritual) would have taken place. There are remains of lustral basins elsewhere in the palace but none as complete as this.

Group
Discover the long kept secrets of wine and olives and Cretan tastes as you travel through Cretan villages in a semi private group of 6-8...
Group
Combine a unique safari tour in the White Mountains of Crete and take in the most incredible panoramic views, visit traditional Cretan villages, learn the...
Group
Skip the ticket lines and enter the Palace of Knossos and the Heraklion Archaeological Museum with a combo e-ticket. Explore the sites at your own...
EXPLORE ALL
Book your trip

How do you get to the Minoan Palace of Phaistos in Crete?

How do you get to Heraklion?

When is the best time to visit the Minoan Palace of Phaistos in Crete?

How long do you need to visit the Minoan Palace of Phaistos in Crete? 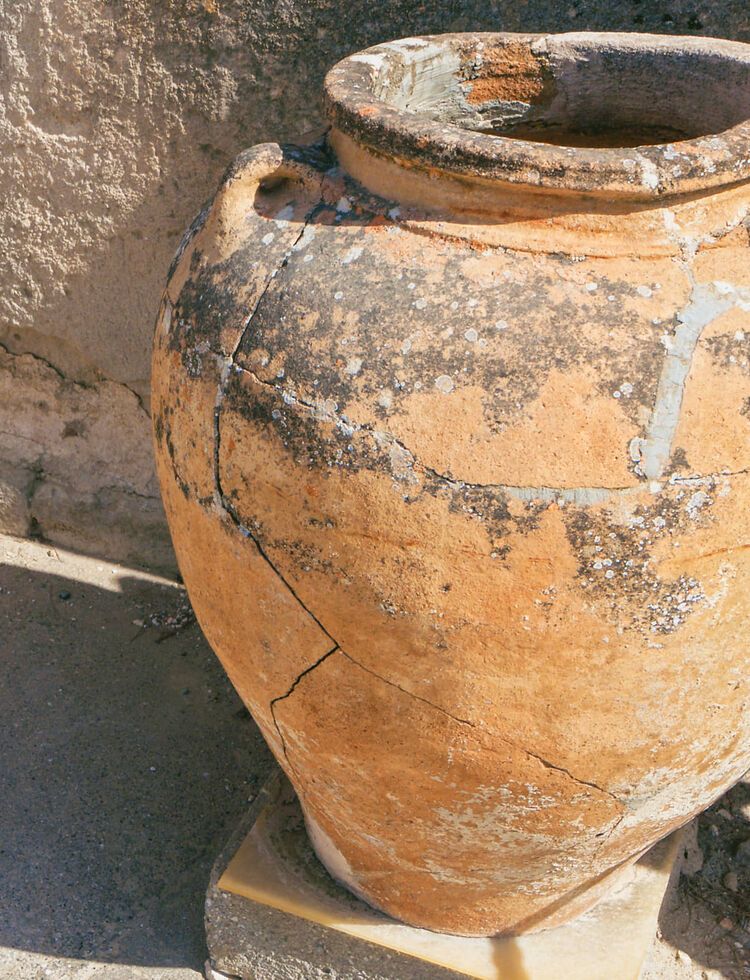 Refrain from touching any remains or monuments. The fingers’ natural oils can be extremely damaging to artefacts.
Stay on the marked paths and respect your fellow visitors.
Use the bins provided or, if need be, take your rubbish with you.
If there’s a “No flash photography” sign, please respect it. It’s to protect the monuments.
Use a refillable water bottle to try to minimise your use of plastic.
No pets (other than guide dogs) are allowed in cultural sites.
Read More Read Less