Close enough for an island break, remote enough to escape 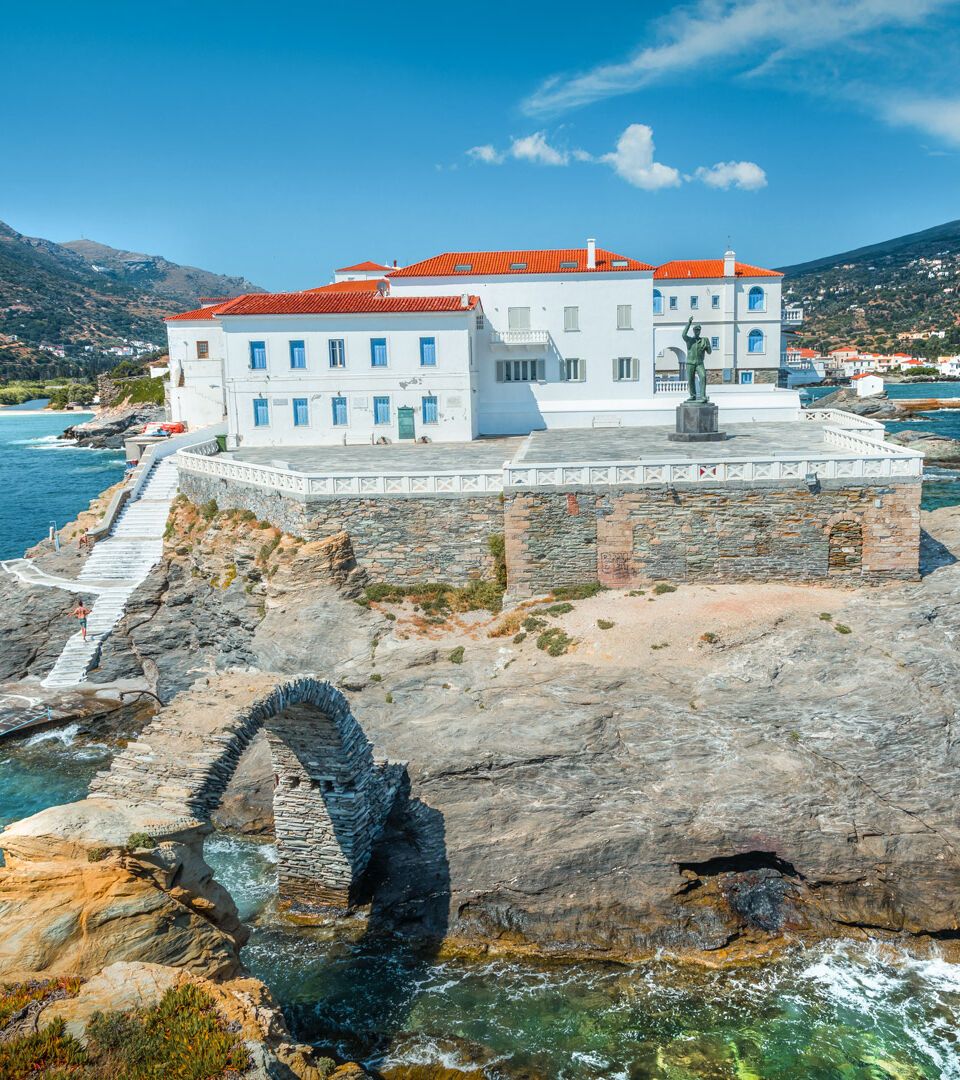 Today
23°
MON
22°
TUE
22°
WED
23°
THU
25°
Sophisticated yet rustic, mountainous yet beach-lined, nautical yet agricultural… the island of Andros resists labels and rewards its visitors over and over.

Just two hours from the port of Rafina, northeast of Athens, Andros is the greenest of the Cyclades islands as well as the second-largest after Naxos. And it’s full of surprises.

Where else could you find Venetian castles and untouched beaches, rushing rivers and abandoned watermills, a world-class modern art museum and the grand mansions of local ship-owners, as well as well-marked hiking trails and dramatic precipices?

For all its wealth, Andros is laid-back and discreet, shy of tourism, unlike any other in the Cyclades. It awaits discovery by the discerning traveller.

What to do on Andros island

Sail into the realm of sea captains

Andriots are above all seafarers, captains, ship-owners and sailors. The main town, Hora, is full of stately homes and neoclassical buildings they erected with their earnings a century or more ago. The broad main street exudes prosperity in its marble pavements, open squares, large churches and carved marble fountain. But don’t expect glitz. Instead, the modest shops of Andros’ main town sell traditional foods, clothes and sweets.

The central square is the heart of Hora, flanked by the Archaeological Museum and buzzing cafes, with two long beaches (Paraportiani and Nimborio) spread out below. If you walk on into the oldest part of town, you’ll come to a square at the end of the promontory, occupied by a single monument to the Unknown Sailor. You could almost be standing on the prow of a liner.

Hosting an exciting new exhibition each summer, the Goulandris Museum of Contemporary Art is reason alone to visit Andros. Past treasures have included works by Picasso, Matisse, Klee, Chagall, Rodin, Miro, Kandinsky and many more.

Of all the villages in the lush hills near Hora, Stenies may be the loveliest. Camouflaged by tall trees, its grand mansions may be the highlight for sightseers, but you can also explore a 17th-century tower, an old stone bridge and a picturesque old factory with a huge waterwheel. Devote a few hours of your holiday on Andros to take in these splendid sights.

Enjoy enough beaches to fill a month of Sundays

The beaches of Andros are little-known wonders. Some on the north are accessible only by dirt road or boat, such as Ahla, Zorkos, Ateni, Vitali, Grias and Pidima. Or if you prefer, Old Lady’s Leap with its remarkable stone pillar jutting out of the sea. Those to the south, like Agios Petros, Batsi, Chryssi Ammos, Fellos and Halkolimionas, are much easier on the tyres. Many remain just as nature intended, so bring your own umbrella and refreshments. Others have beach bars or tavernas and all mod cons.

Explore Korthi and other villages around Andros

East of Hora, Korthi could belong to another island. Wind-battered at the end of an open bay, this is a place for hikers and adventurers. From here, you can climb to the ruins of a Venetian castle and from there walk down the Dipotamata Gorge where watermills once ground Andros’ wheat. Or you could make the circuit of the pretty villages in the hills of Andros. Not afraid of dodgy roads? Drive right to the end of the island where a narrow strait separates Andros from Tinos, visiting one or more of the venerable monasteries along the way.

Faneromeni Castle, or Upper Castle, stands in contrast to the even more ruined fortress at the tip of Hora. Prepare to be amazed by the view of the Aegean.

The Tourlitis Lighthouse, off the coast of Hora, is the only one in the Cyclades built on a rock in the middle of the sea.

A network of well-marked hiking paths covers Andros. Get yourself a map and follow the arrows that will guide your journey, always with the big blue in the background.

Experience the best of Andros

#discovergreece
See the gallery
The Tourlitis Lighthouse off the coast of Hora is the only one in the Cyclades built on a rock in the middle of the sea
The main town, Hora, is full of stately homes and neoclassical buildings
The Faneromeni Castle
The Goulandris Museum of Contemporary Art in Andros
Kypri beach in Andros
The Bisti mansion (Mouvela) outside the Hora of Andros
The port and its traditional houses, Andros
Steps to the church of Panagia 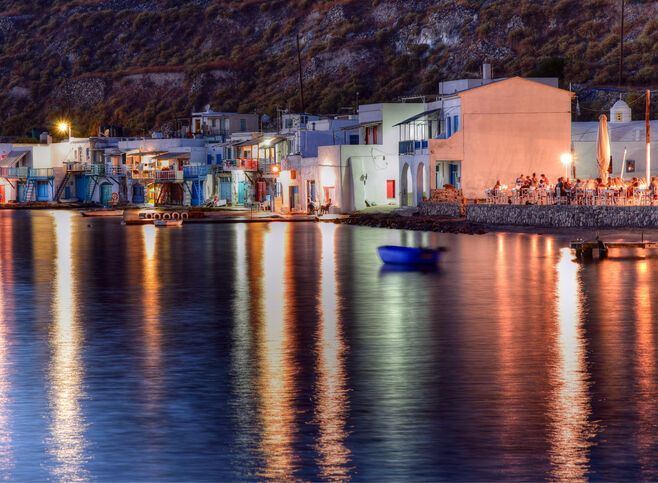 All around the Aegean Sea are an extraordinarily diverse array of islands begging to be explored … so why stop at one? 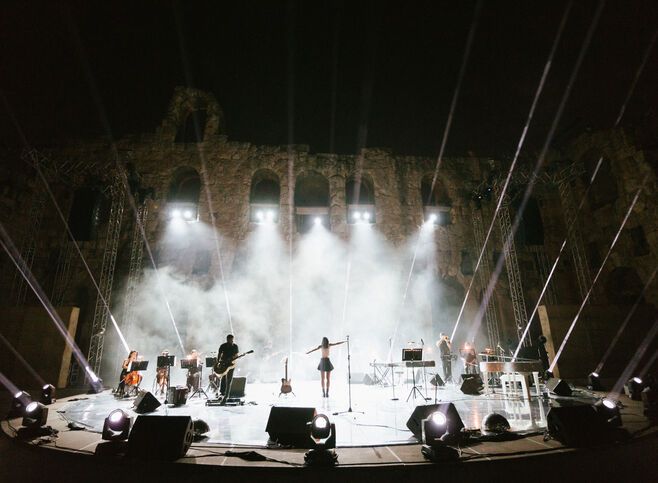 Contemporary art museums, open-air exhibits and performances in ancient theatres are just the start of what modern Greek culture has to offer
SEE ALL
DESTINATION