A tour of the Museum of Cycladic Art in Athens

Discover how some of the most ancient objects in the world are also amongst the most graceful, continuing to inspire fashion and design thousands of years after they were created. 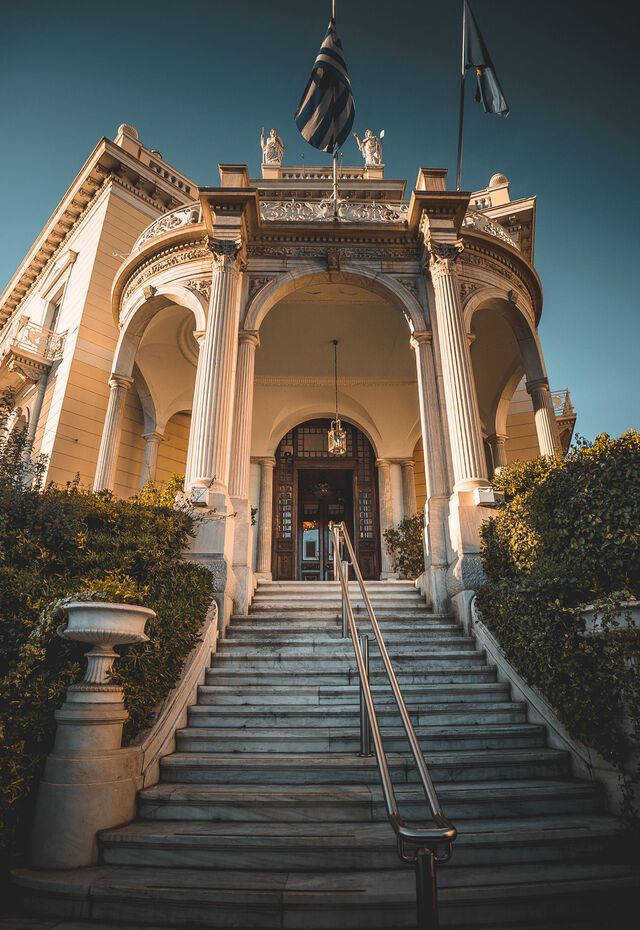 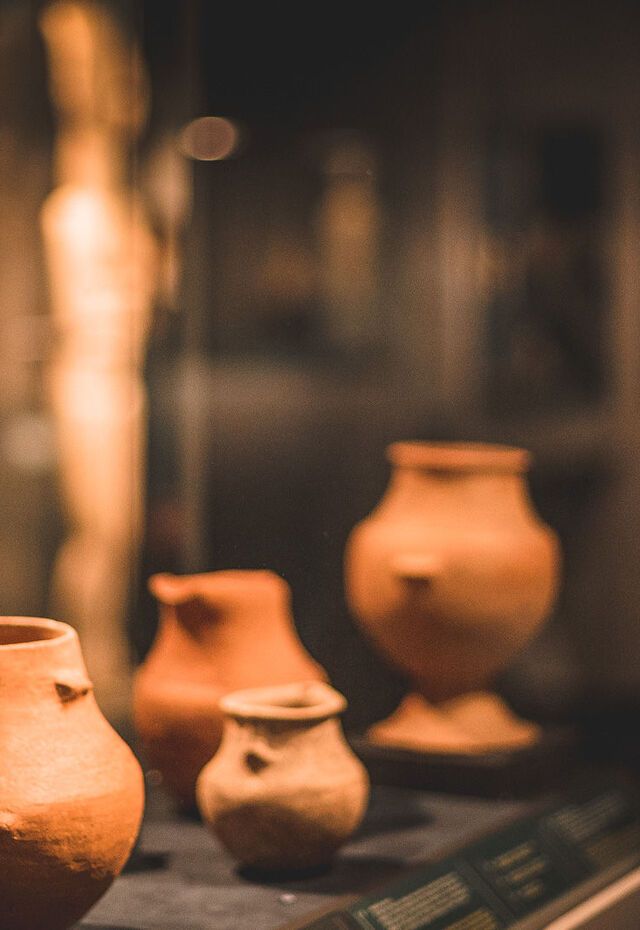 View on map
Duration
2 hrs
Season
All year round

The Museum of Cycladic Art in Athens manages to do something very special. It takes us to the very dawn of Greece’s history on some of the most famous islands of the Aegean and presents us with artwork so elegant that it still influences fashion trends today. And all that in a neoclassical building whose splendour is part of the experience.

Whatever your reason for being in Athens, this is a museum that deserves your attention. It tells the story of society on Cycladic islands such as Andros, Naxos, Antiparos, Amorgos and Thera (Santorini) as long as 5,000 years ago through vases, weapons and tools – and especially the exquisite marble-work of what is known as the Early Cycladic Period that gave us the famous figurines of men and woman (and sometimes just faces) notable for the beauty of their lines and luminosity of the marble.

The museum is spread across two interconnecting buildings, with the permanent exhibits (including floors dedicated to Ancient Greek Art and Cypriot Antiquities) in a modern purpose-built Main Building and temporary exhibitions housed in the beautiful Stathatos Mansion – one of the best examples of neoclassical architecture in nineteenth-century Athens and part of the legacy of Bavarian architect Ernst Ziller in Greece.

Read More Read Less
See the gallery
The museum tells the story of society on Cycladic islands as long as 5,000 years ago through vases, weapons and the famous marble figurines 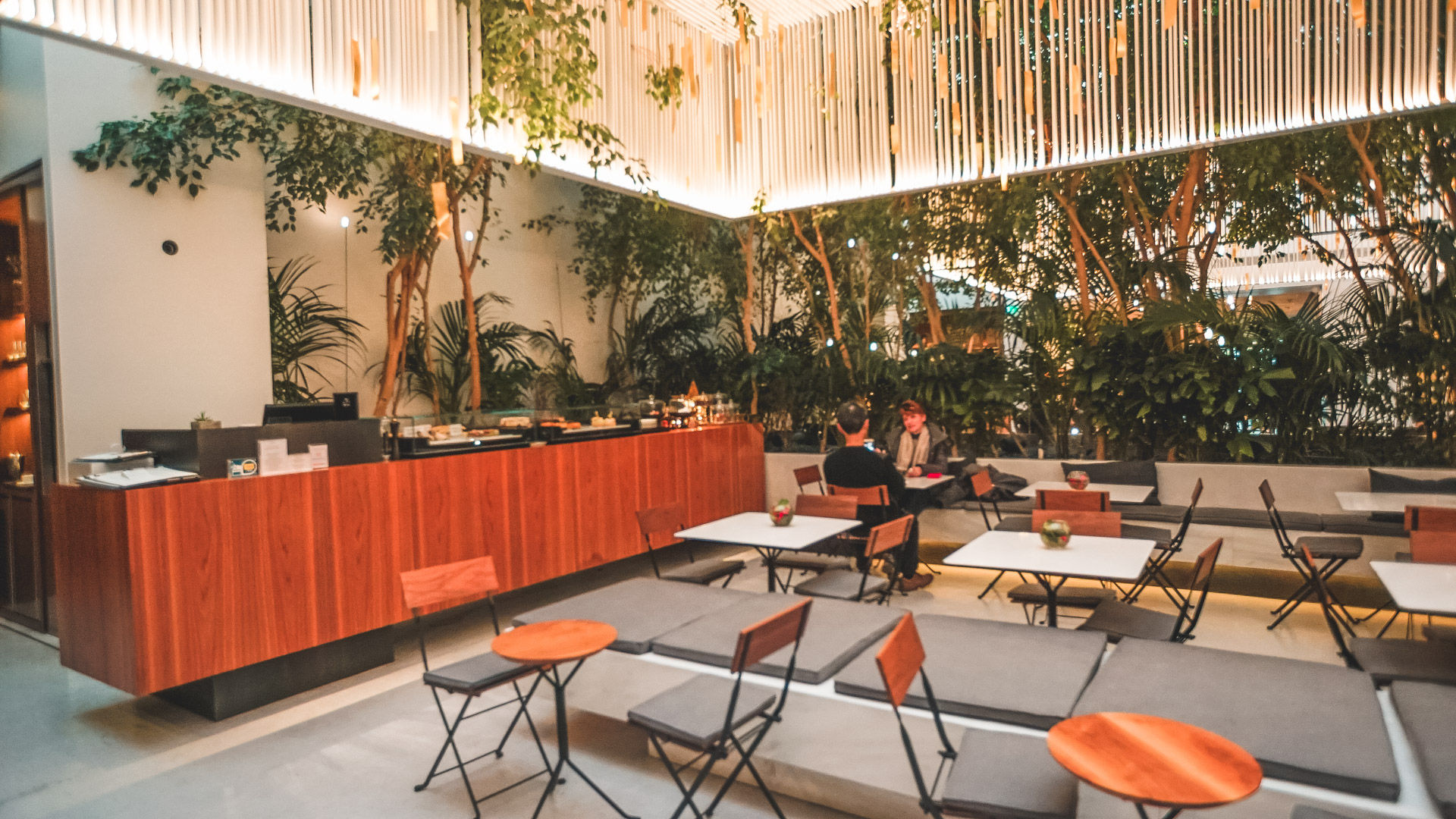 The museum has an excellent cafe that has been designed to be part of the experience, with uplifting lighting and a garden-like feel 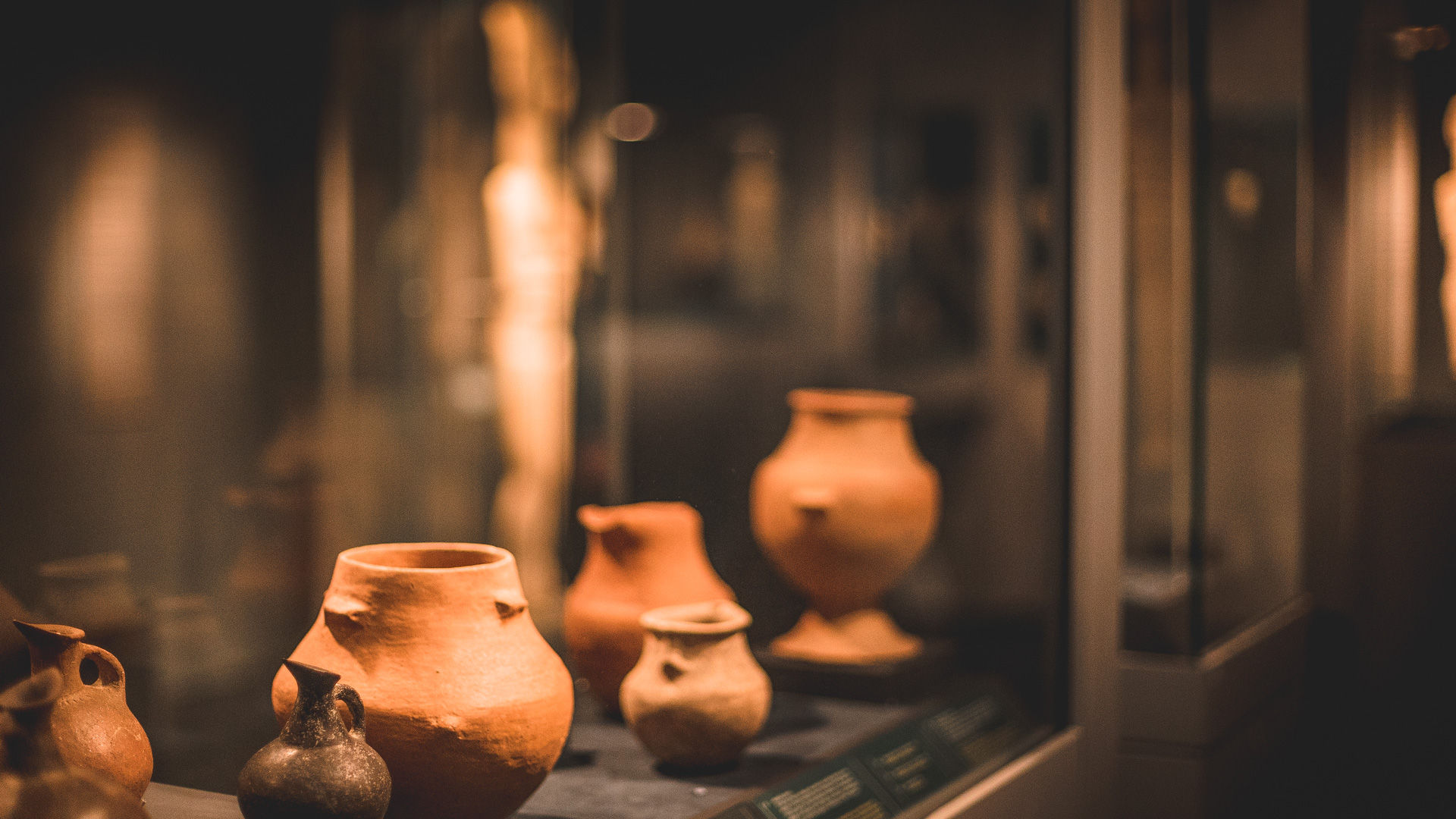 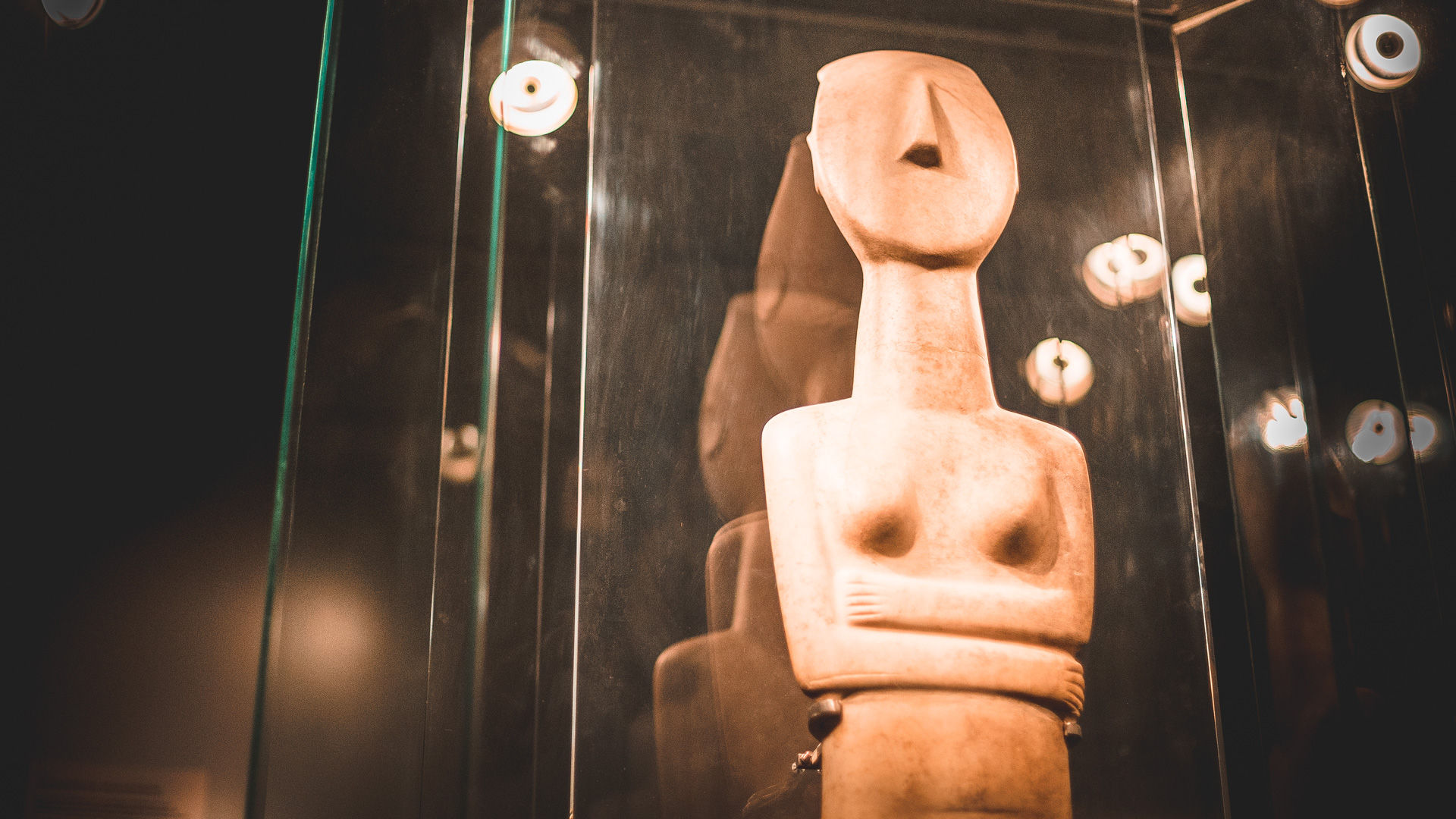 The Early Cycladic Period gave us the famous figurines of men and woman, and sometimes just faces, notable for the beauty of their lines and luminosity of the marble

Through more than 800 objects and artefacts, the Museum of Cycladic Art covers the very birth of Greek art in the protohistoric Aegean to the influence of Cycladic artwork on Classical culture and its gradual spread throughout the Mediterranean.

Without a doubt, the signature exhibits are the creations of the Early Cycladic civilisations on the first flour, particularly the mystical marble figurines of men, women and faces. You’ll be introduced to artwork that is as beautiful as it is old, with a perfection of proportions and form and a simplicity that is bewildering in its beauty. There are objects from the Early Bronze Age and all three Early Cycladic periods (3200-2000 BC), with utensils, tools, weapons and jewellery made of marble, clay, metal and the highly cherished obsidian. Highlights include a 1.4m female figurine (the second-tallest of its kind in the world) and the Vase Pigeon, the most complete example of a poppet valve with sculpted birds. It’s astonishing to think that 20th and 21st century artists have been influenced by the subtlety of design, particularly the faces, and marble that is almost translucent in its whiteness – although it’s worth remembering that they would originally have been brightly coloured.

Objects from the Middle Bronze Age (2nd millennium BC) to the end of the Roman period (4th century AD) are displayed over two floors, through which you will discover how artwork in antiquity helped shape so much of world culture and western aesthetics. In the 'A history in images' collection on the second floor, you can trace some of the most important social and political developments from the birth of ancient Greek culture to its creative mix with the Roman tradition. Part of the exhibition is dedicated to ancient Greek technology, with interactive applications, where you learn about ancient methods to make clay pottery and figurines and bronze weapons and tools, as well as gold jewellery and glassware. Moving to the fourth floor, the ‘Scenes from everyday life in antiquity’ collection focuses on objects and texts of the Classical and Hellenistic periods (5th-1st century BC), bringing to life public and private spaces, myths and religious habits and society’s relationship with death and the afterlife.

The most comprehensives collection of its kind, the Cypriot Art exhibition on the third floor includes more than 500 objects from the Bronze Age through to the Byzantine, medieval and even the Modern period. Included are ceramics, embroidery, scripts, coins, glassware and jewellery. Once again, some of the exhibits are extraordinarily old, with figurines and pendants from the 4th millennium BC made of Cypriot picrolite. 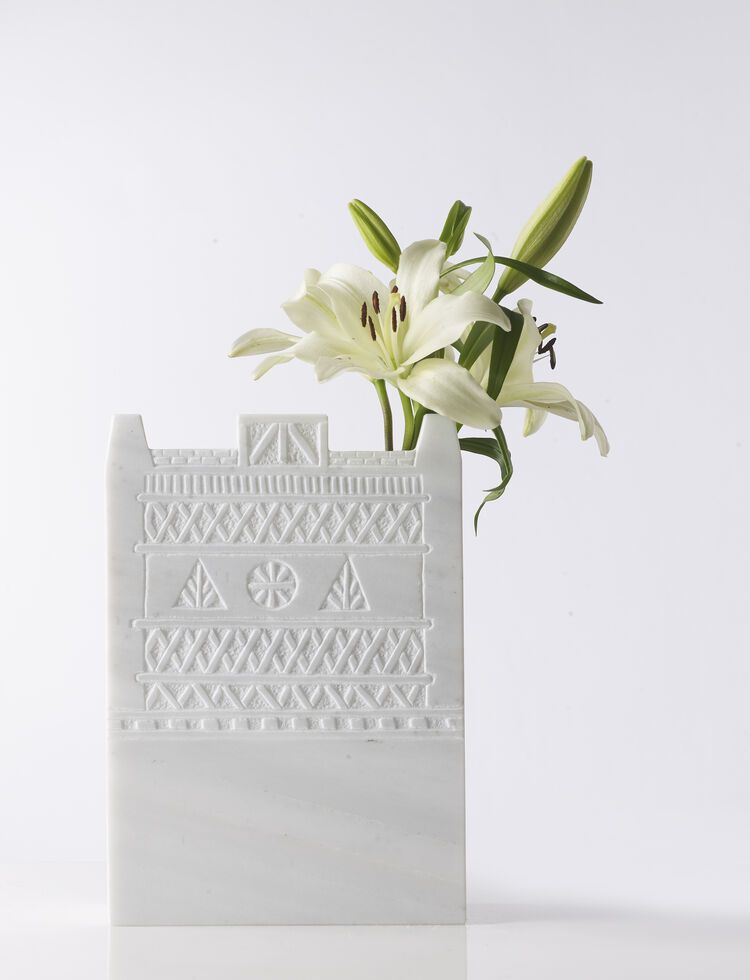 Refrain from touching any artwork or antiquities. The fingers’ natural oils can be extremely damaging.
Use the bins provided or, if need be, take your rubbish with you.
Follow any instructions regarding filming or photography. If there’s a ‘No flash photography’ sign, please respect it. It’s to protect the exhibits.
Use a refillable water bottle to try to minimise your use of plastic.
No pets (other than guide dogs) are allowed in cultural sites and museums.
Read More Read Less
DESTINATION