Scale the heights of Palamidi Castle in Nafplio

The Venetians’ grand fortification in Nafplio is also a landmark symbol of freedom for Greeks … and the ultimate hilltop lookout in one of Greece’s most romantic destinations. 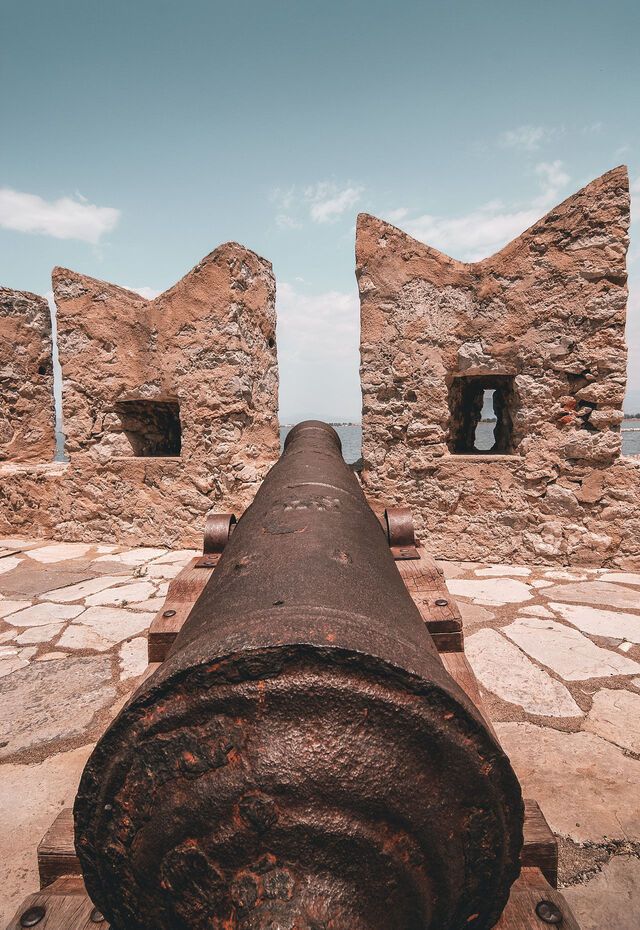 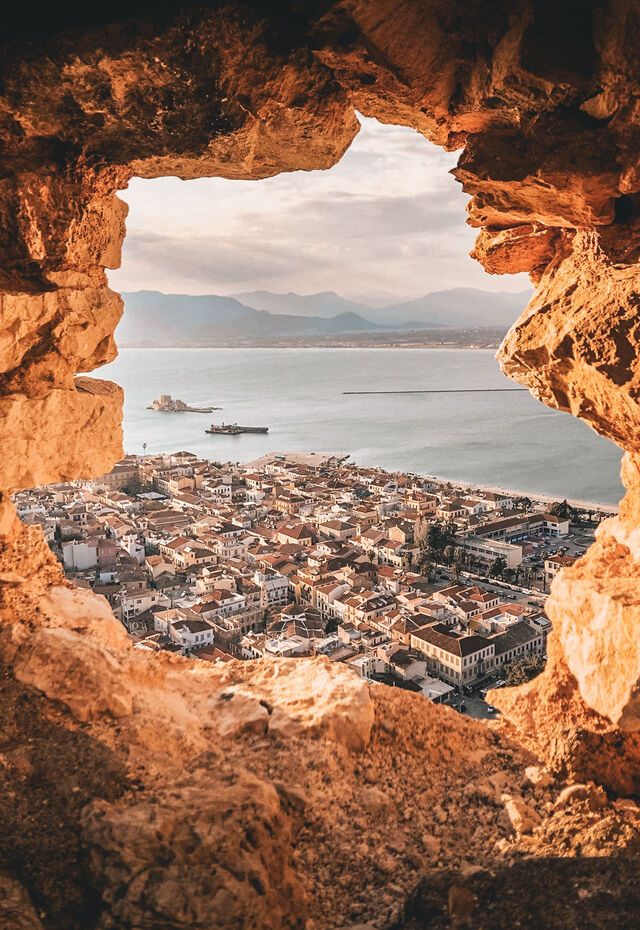 View on map
Duration
1 hr
Season
All year round

Nowhere captures the spirit and history of Nafplio quite like Palamidi. Perhaps the finest fortification of its time in Greece, built at the start of the 18th century in an incredibly quick three years, its size represented the value placed on Nafplio by the Venetians. Unsurprisingly, it was quickly adopted by the Ottomans who converted one of its bastions into a much-feared prison. And symbolically, it was stormed by Greek revolutionaries in one fateful night in November 1822, marking Nafplio’s return to Greek hands – and, soon, its position as Greece’s first capital.

Nowadays, Nafplio is the country's most romantic weekend escape, just 2hrs drive from Athens. And no visit is complete without exploring its landmark castle, built 216m up on a hill overlooking both the town and the Argolic Gulf. Ideally, you should attack it by stairs – 999 of them, according to legend. In reality, there are 857 to the fortress and more than 1,000 to the very top.

The first thing that strikes you is the impressive engineering – eight interconnecting (and inter-supporting) bastions, meaning that if one fell the others could be secured and come to its support.

Two bastions stand out: Miltiadis, in which revolutionary hero Theodoros Kolokotronis was later imprisoned for alleged high treason under the fledgling regency of King Otto. And Agios Andreas, also used as a prison but where conditions were better. Inside is the barrel-vaulted church where the feast day of St Andreas is celebrated in memory of the mass that was held here when Palamidi was secured by the Greeks to end Ottoman rule.

But far beyond the architecture and the sheer size of the castle-like fortification, what you’ll remember most are the panoramic views of Nafplio and the gulf beyond. Soul-filling by day and heart-melting by night, it is romantic down to the very last drop of the sea that it looks on to.

Read More Read Less
See the gallery
Far beyond the architecture, and the sheer size of the castle-like fortification, what you’ll remember most are the panoramic views of Nafplio and the gulf beyond 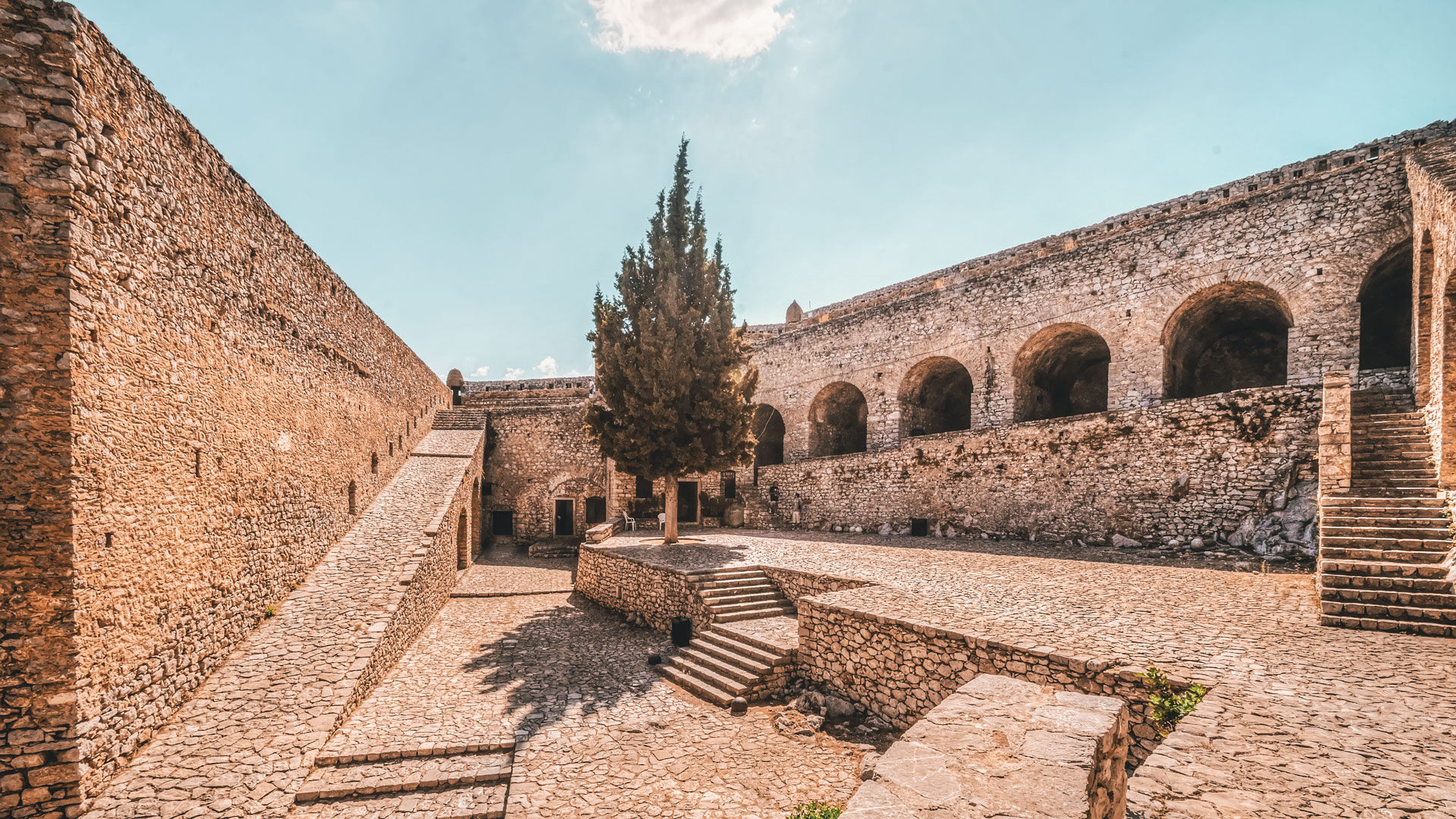 The first thing that strikes you is the impressive engineering – eight interconnecting bastions, meaning that if one fell the others could be secured and come to its support 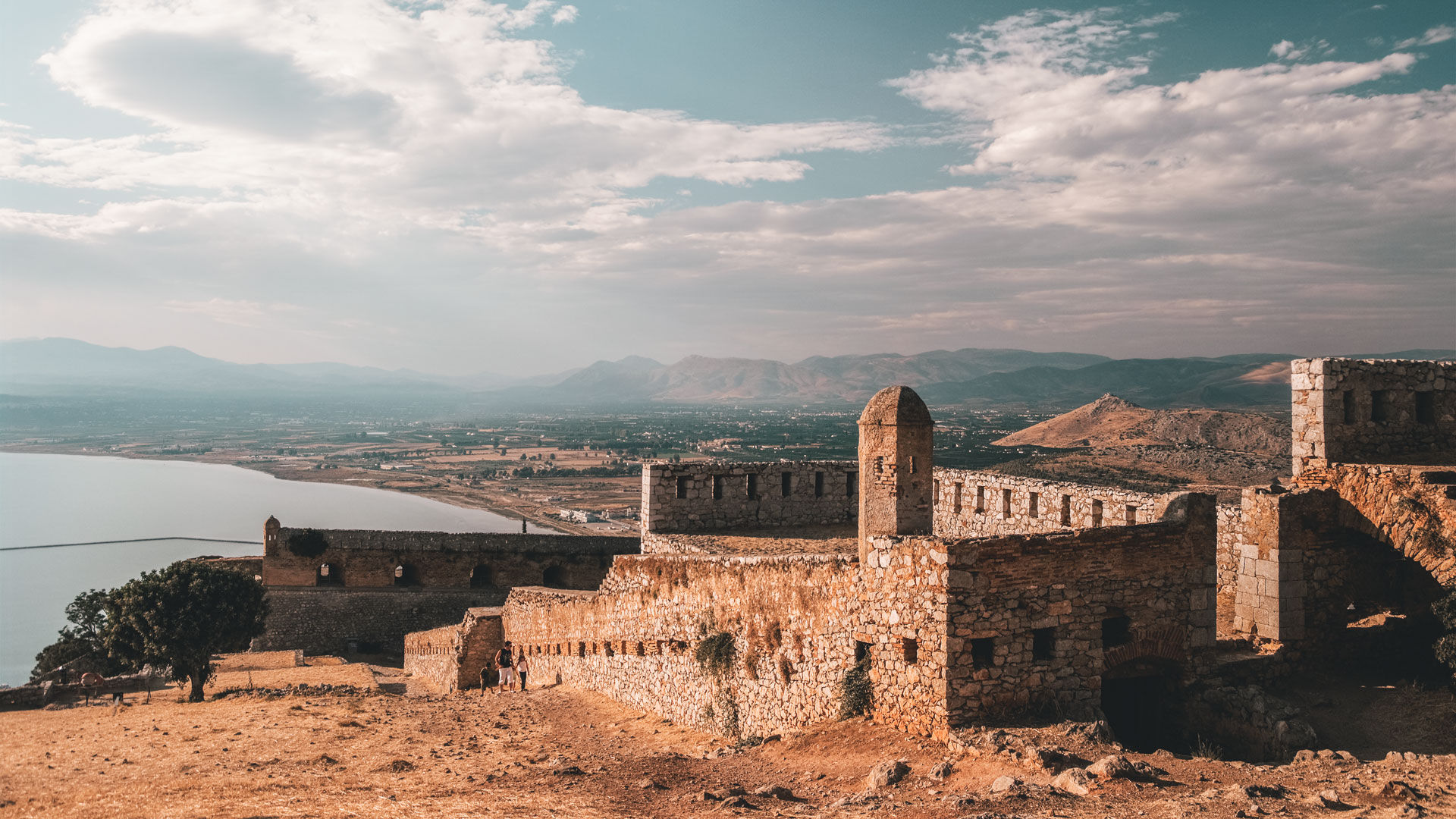 No visit in Nafplio is complete without exploring its landmark castle 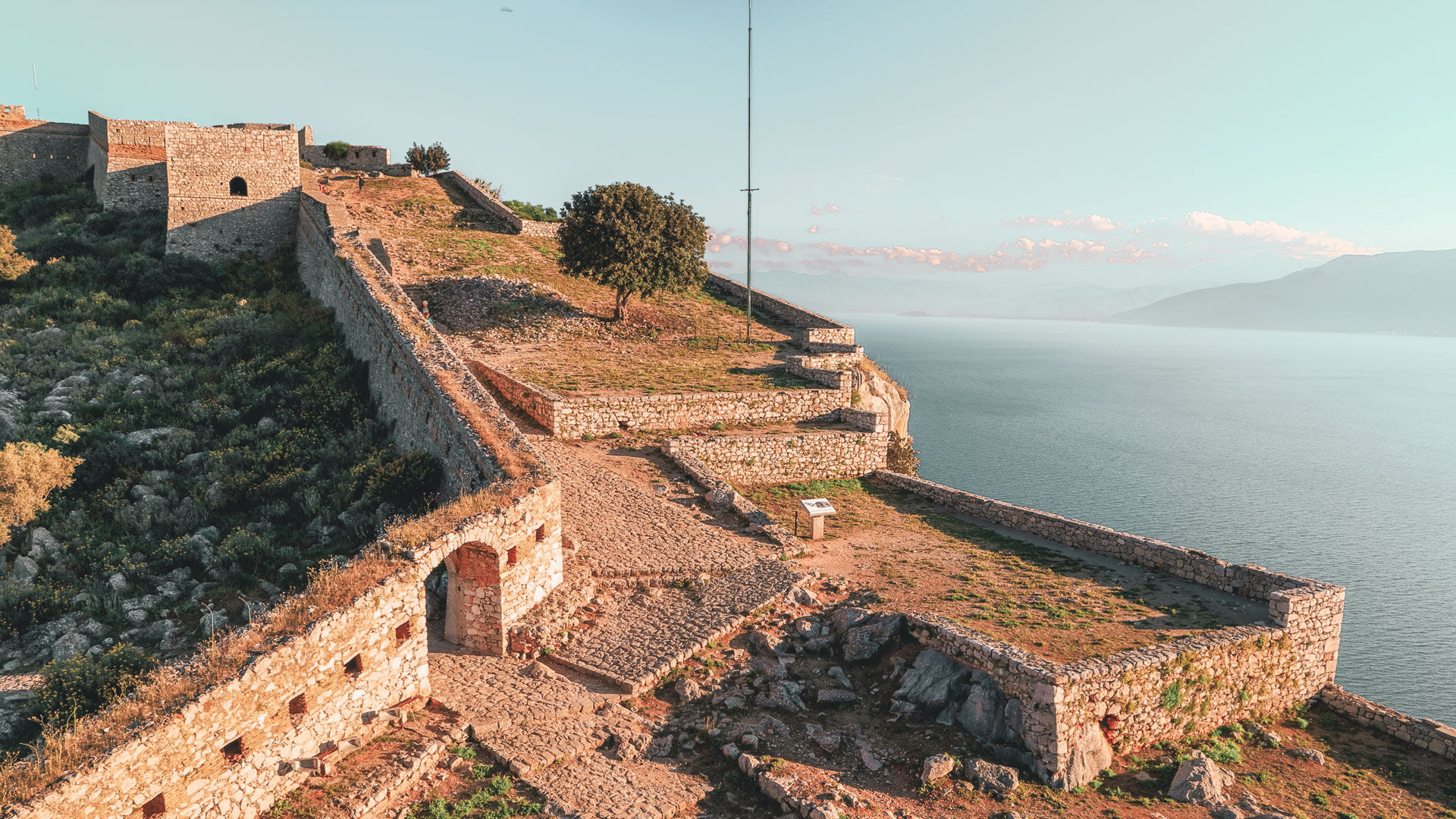 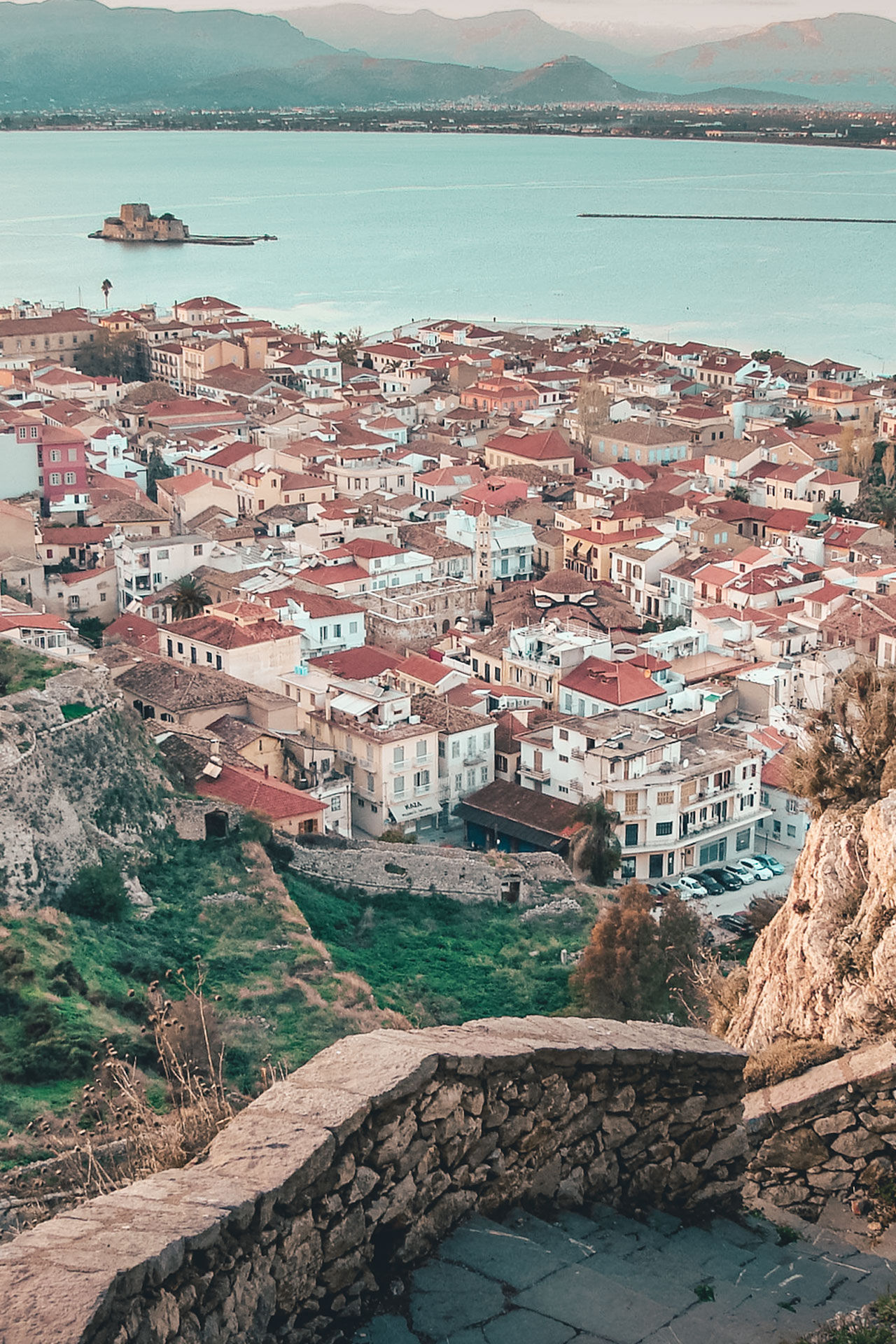 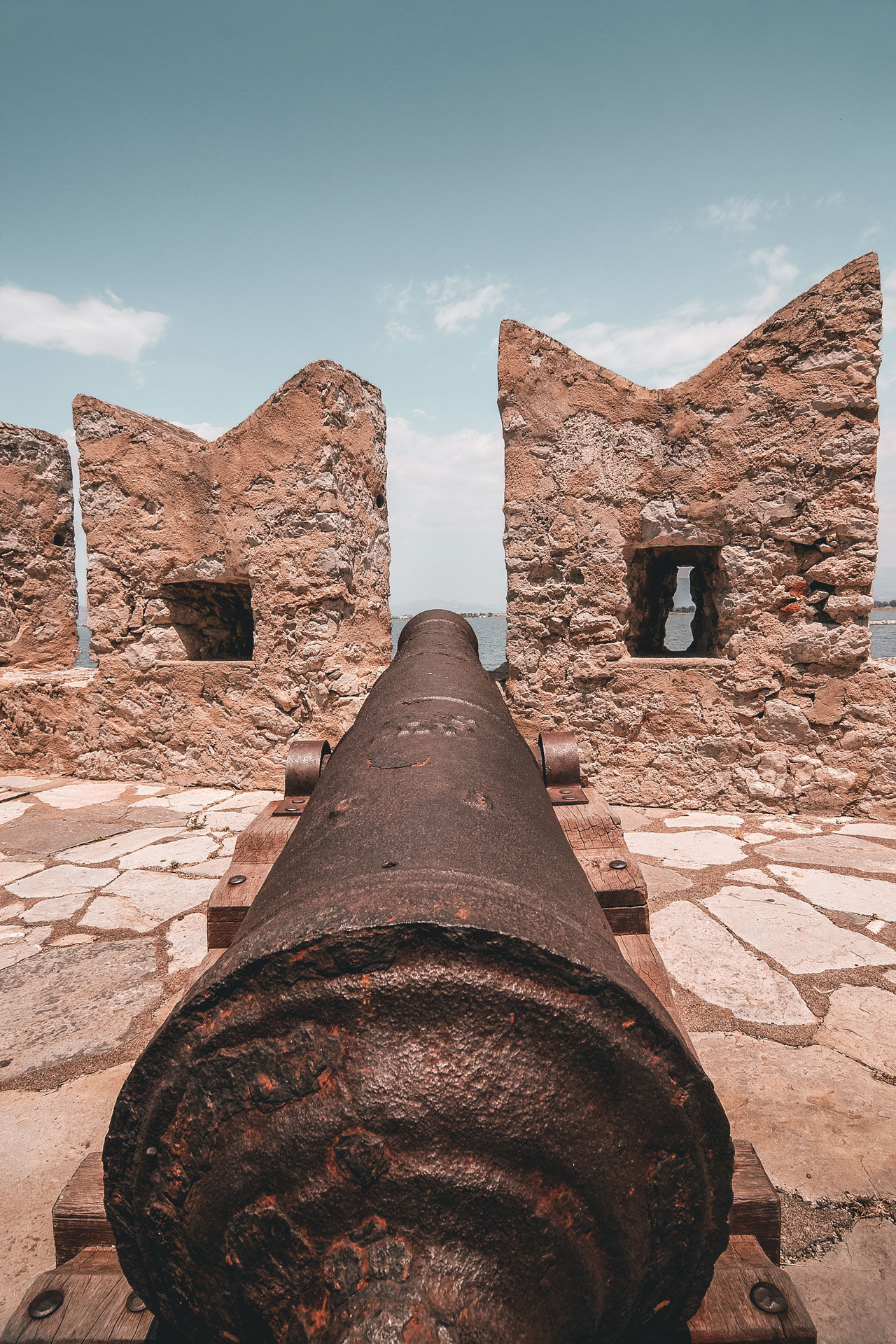 Nowhere captures the spirit and history of Nafplio quite like Palamidi 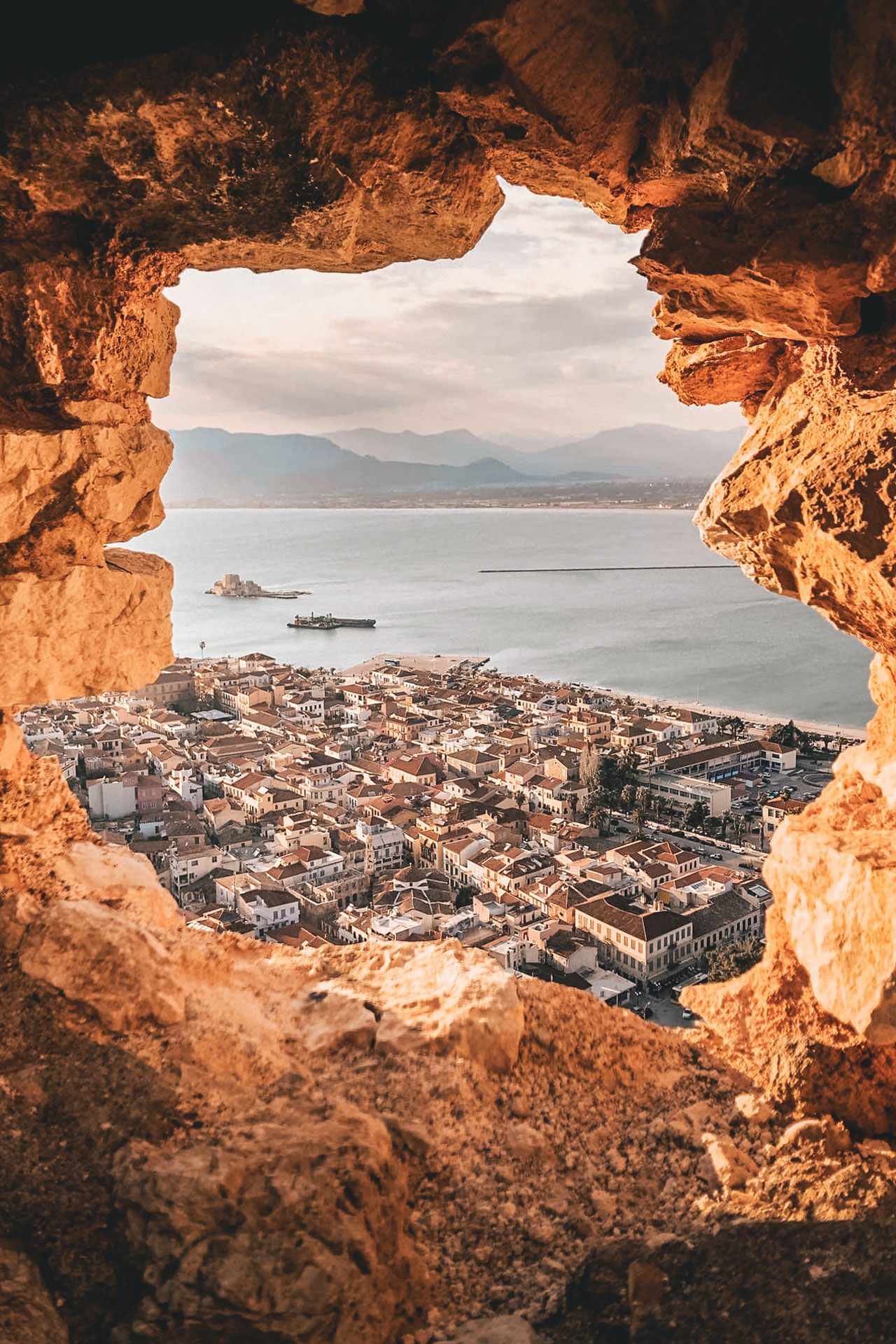 View of Nafplio city and Bourtzi Castle from Palamidi Castle 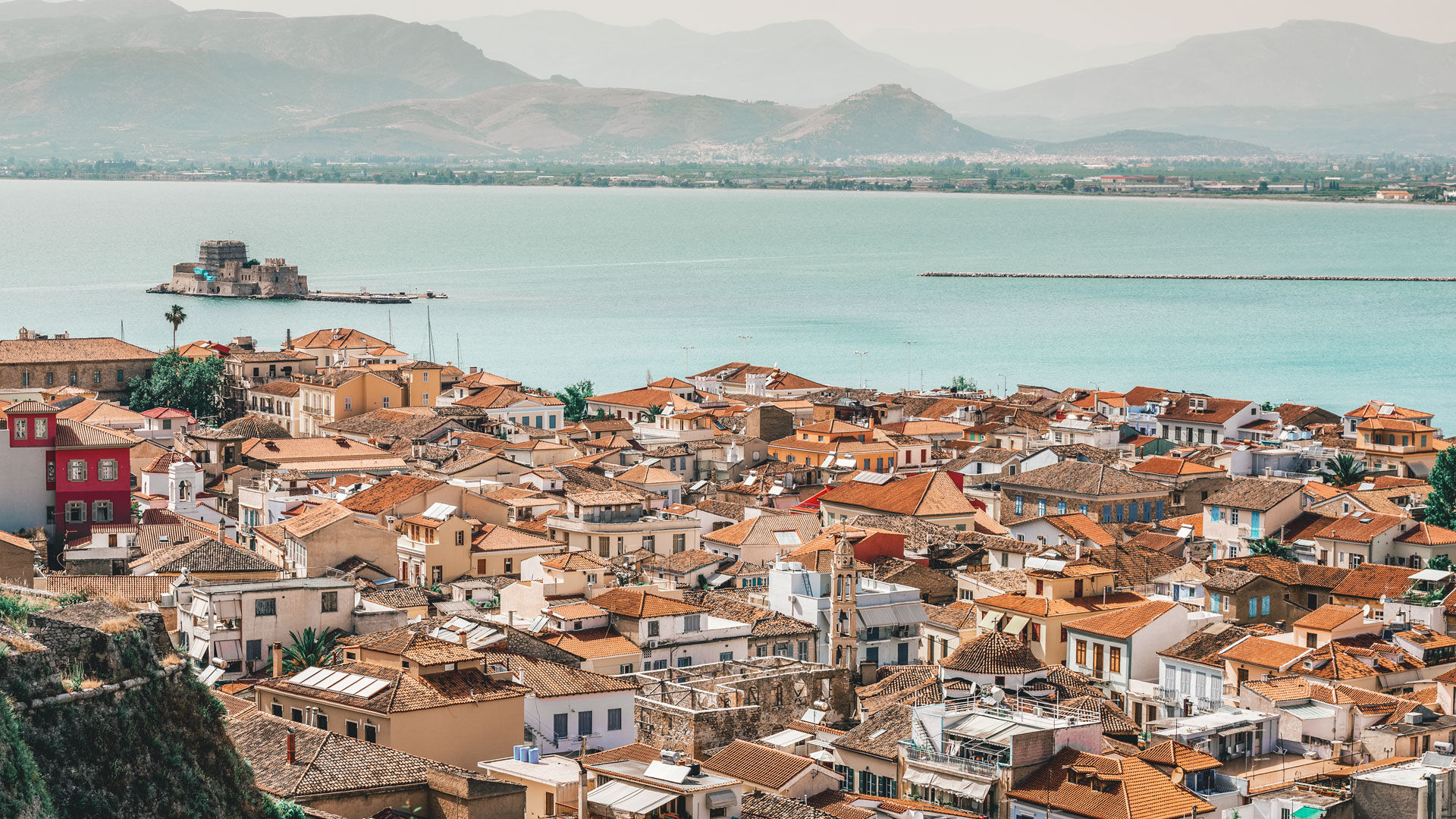 Private
Our all-day experience starts early in the morning. A private minibus will be waiting for you at the hotel. After a 2-hour road trip you...
EXPLORE ALL

There are two main entrances to the fortress.

Access is difficult for visitors with disabilities because there is no ramp for wheelchairs.

Make sure you have everything you need: 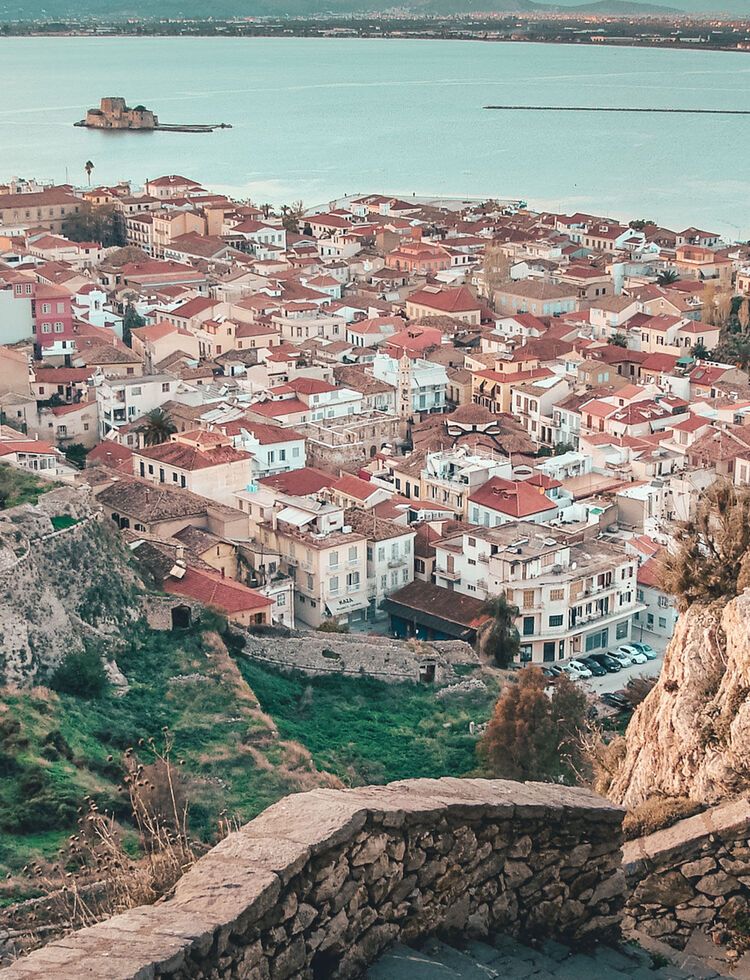 Refrain from touching any remains or monuments. The fingers’ natural oils can be extremely damaging to artefacts.
Stay on the marked paths and respect your fellow visitors.
Use the bins provided or, if need be, take your rubbish with you.
Use a refillable water bottle to try to minimise your use of plastic.
Smoking is prohibited.
No pets (other than guide dogs) are allowed in cultural sites.
Read More Read Less
DESTINATION

Experience the irresistible charm of Greece’s first capital
Discover It 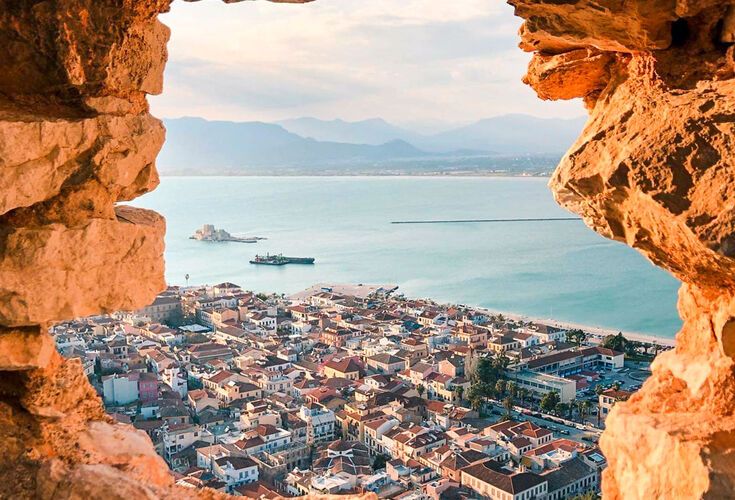