24.11.2017
A 4-day road trip heading south from Athens down the length of one of the Peloponnese peninsulas and back up to the capital again
READING TIME
As long as it takes to eat a slice of watermelon
AUTHOR
Maria Kofou
Travel Blogger

A 4-day road trip heading south from Athens down the length of one of the Peloponnese peninsulas and back up to the capital again, stopping off for something a little theatrical on the way. That was the plan, combining the chance to see more of this gorgeous country and catch up with a dear friend at the same time. Truth is I was so wrapped up in my own thoughts of triumphs, failures and the latest big dilemmas before we set off that I barely paid any attention to the spectacular itinerary she had put together for us, but it was this element of surprise that made the experience even more rewarding and memorable.

The open road has a mesmerizing quality. We left the city streets of Athens and joined the highways heading south, past toll booth after toll booth; then we took an exit, then another, then another… and, before we knew it, we found ourselves on a winding road, cutting through hills bedecked with olive trees for as far as the eye could see. Small domed churches perched on hilltops and little candlelit memorials were tucked away to the side of the road, commemorating the lives of loved ones. We passed through sleepy villages lost in time and we drove past old men sat cogitating in front of café home from homes. Modern shiny gas stations flashed by, as did the ever-present olive trees, whose numbers began to defy belief. And all the while, the hum of the engine, the splendor of the journey and the thrill of a friendship renewed inspired us to roll back the years; one story flowed into another, both of us eager to share and hear each other’s latest news, not to mention those well-worn anecdotes that we never tire of polishing up like prized antiques.

Our first stop was Kardamyli, a village that rather adeptly walks the fine line between rustic and trendy. The farmhouse vibe – the cicadas, the arched verandas, the decidedly traditional scene – manages to sit comfortably with the live music cafe scene, the tiny bustling high street, the unpretentious waterfront restaurants.

It was in Kardamyli that we first found our way to the sea.  We walked to the bottom of a field, unlatched the small gate and made for the stone stairway that took us down through the trees. We needed to watch our step on the uneven surface, but still it was hard not to be distracted by the turquoise water glinting through the leafy canopy as we edged closer to the beckoning blue Instagram-friendly heaven.

Eventually, there we were, gulping in the breeze in a secluded, rocky cove, cliffs rising imperiously to our right, the sea before us streaked with veins of green and gold.  We required no second invitation to dive deep beneath this glorious surface. We were reluctant to come up for air, let alone ever get out of the water! 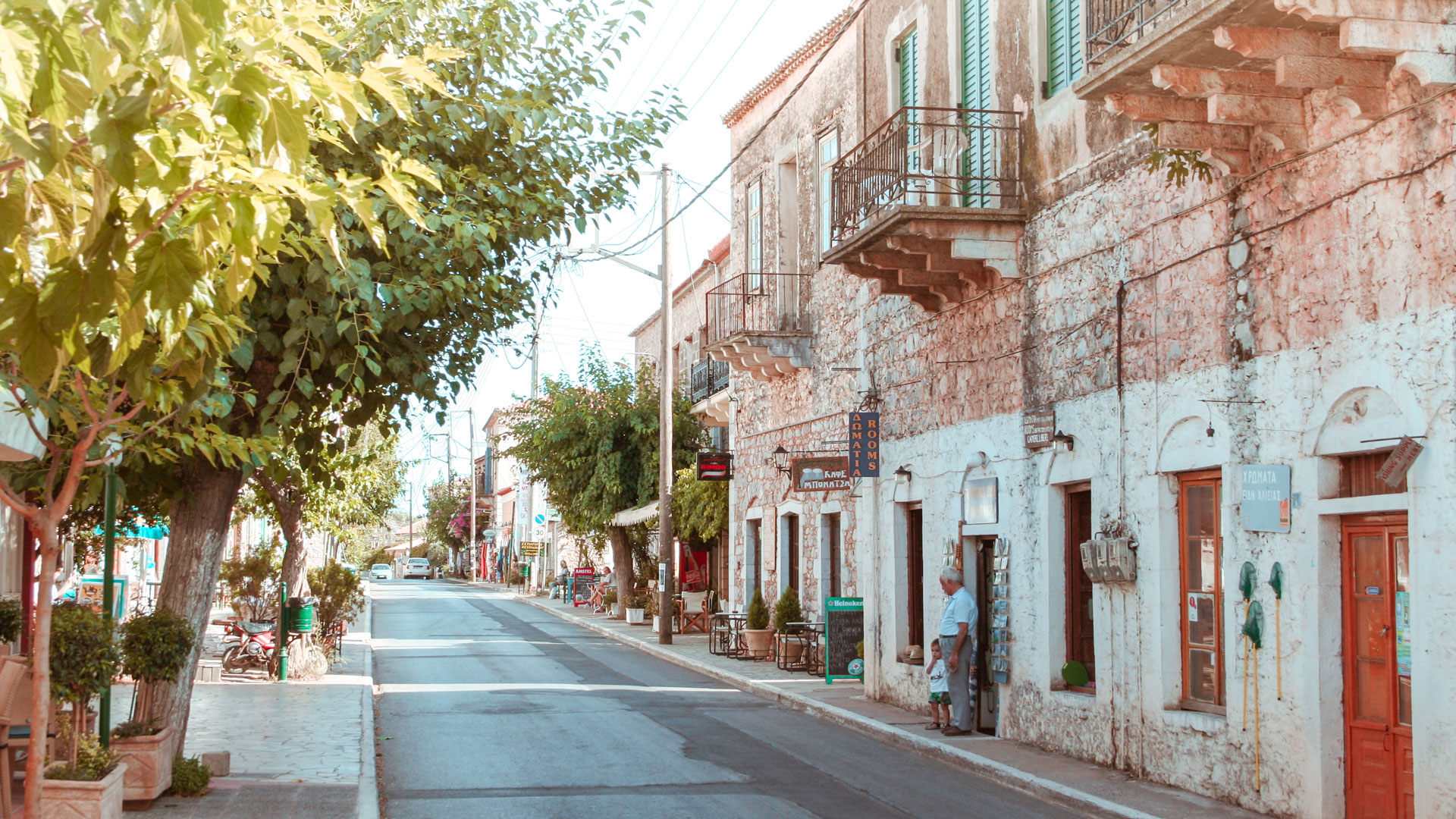 The next swim was near Limeni – another village on the westward facing side of the Mani peninsula. This beach stretches out invitingly for hundreds of meters and the water is wonderfully warm. We had dinner on the Limeni waterfront and watched a big red sun sink into the sea.

The third swim was at Gerolimenas, on the southernmost tip of the peninsula. Diving off the edge of a stone jetty, we discovered the water a little cooler here, yet still dazzlingly blue under the surface. The fish are fearless, paying no mind to swimmers or to the fishing boats passing to and fro. 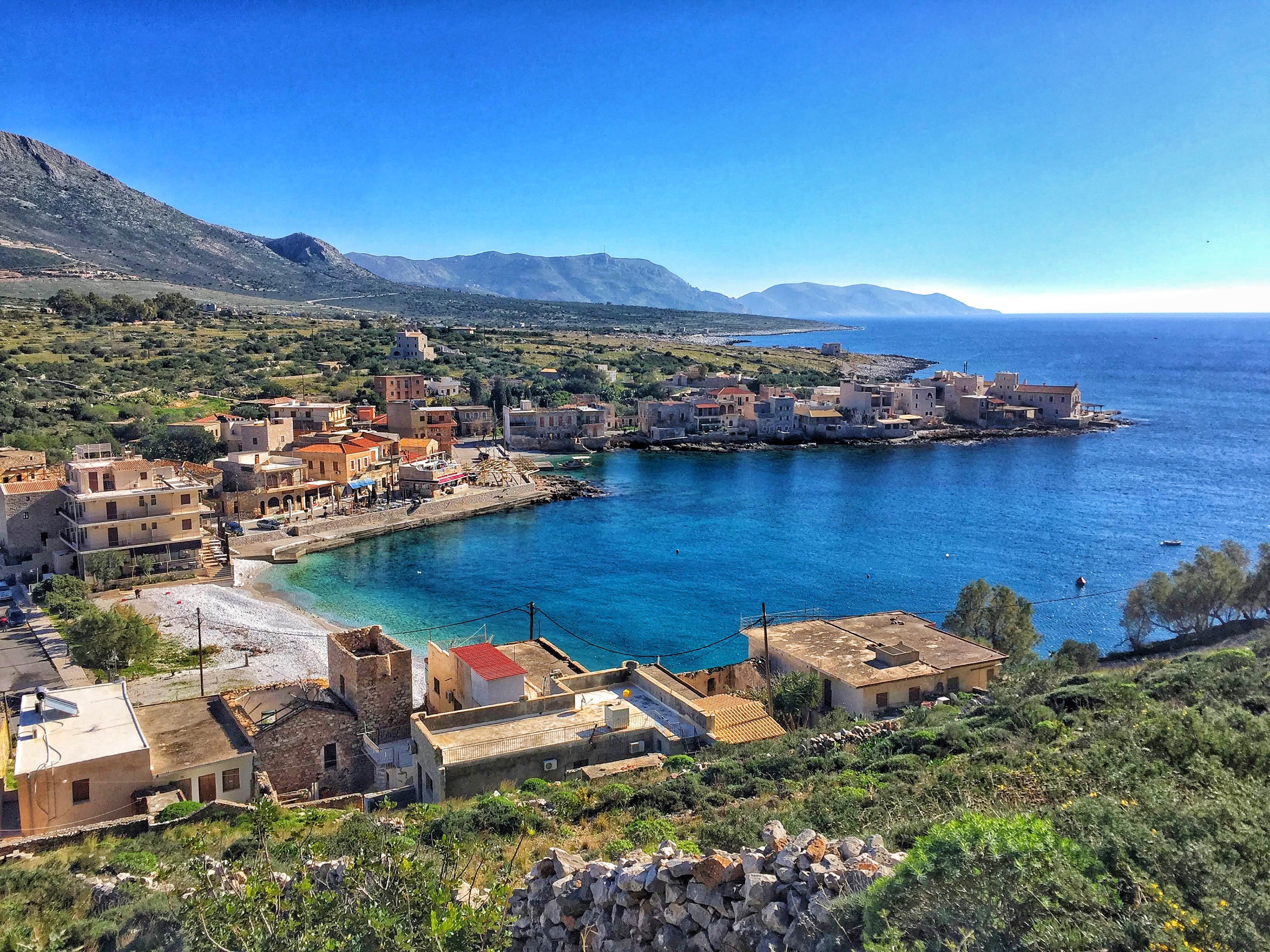 Before we were completely conscious of it, the Peloponnese had worked its healing spell on us. Who could resist the huge expanses of blue, salty sea, the perpetual sunshine, day upon day of cloudless skies? Just for a while as our route turned north, there was an intermission in our conversation; tranquil minds in meditative repose, suffused with the majesty of all we had seen.

The final stop was the Ancient Theatre of Epidavros about two-thirds of the way back to Athens and located in a sanctuary dedicated to the ancient Greek god of medicine, Asclepius. Why was there a theatre in a health sanctuary? Dramatic arts played an important role in healing the ancient Greek soul – just as they do today. At about 9pm, with a glorious sunset and a sky filling up with stars, 14,000 of us filled the seats that have been welcoming visitors for over two thousand years. We watched the National Theatre of Greece’s production of Aristophanes’ Peace. There was beauty, profanity, laughter, poignancy, wit, wisdom, mockery, and deep reverence. It was a night to run the gamut of emotions in an awe-inspiring venue framed by imposing mountain peaks, with the air perforated with the voices of the performers and the occasional mellifluous warble of a sleepless bird. 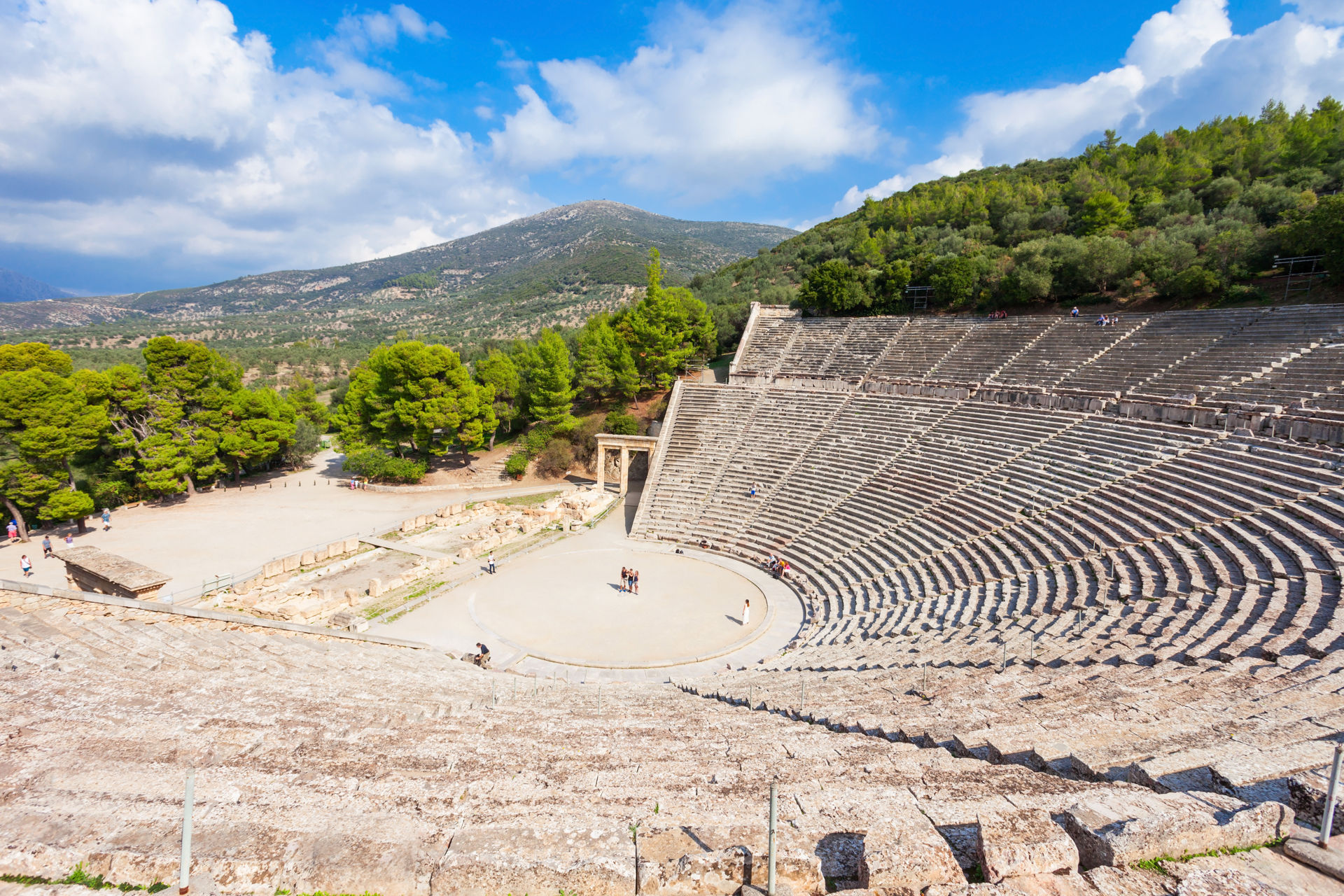 And so, driving back into Athens on a Sunday morning, I experienced a feeling of serenity and also gratitude that I had had the privilege to see such a beautiful part of Greece at such close quarters – a brand new member of the Peloponnese peninsula fan club.

Some of the places visited by our intrepid duo may hold particular interest for you on your own travels around the Peloponnese. Music lovers should note the International Jazz Festival held in Kardamyli in May and, naturally, the Epidavros Festival, becoming ever more audacious with its programme, which this month features Aris Biniaris with the Cyprus Theatre Organization as well as a production of Sweeney Todd, The Demon Barber of Fleet Street. Also, the Epidaurus International Medical Tourism Centre under the auspices of Diazoma aims to revive and revitalize the ancient role of the site as a place of healing and enlightenment through the theatrical arts.

Maria Kofou studied journalism in Panteion University in Athens and continued with post graduate studies on Digital Media and communication in Milan. She loves travelling and this is why 4 years ago she created Travelstoriesfromyworld.com, a blog with suggestions for alternative travel destinations, tips and useful information for travelling in and outside Europe.

BLOG POST
Wanderlust Greece: Round the Peloponnese in 10 days