Kefalonia in a weekend

My first contact with the Ionian Islands was Lefkas, followed by Zante but if there is one island that made me fall in love with the Ionian Sea, it is none other than Kefalonia!

Kefalonia is one of the few islands which, no matter how long you spend exploring them or how many days you stay there, you will never have enough time to see all its beauty because; every single trip there has something new to reveal.

Its picturesque villages, sandy beaches, vibrant towns, other-worldly caves; everything contributes to the creation of an ideal setting for your holidays in such a magical way that you always find yourself  promising to come back for more.

I was in Kefalonia only last month, with a single weekend to take in as many of its delights as I possibly could. Opting for the following programme, I made sure I got equal measures of both blue and green.

When you arrive in Argostoli early in the morning, it is imperative that you take a short but pleasurable stroll along the still empty port and, once you have had a good breakfast, walk across the De Bosset bridge in the old harbour. Then, hop in the car and prepare yourself for unique landscapes.

Katavothres on Cephalonia are literally cracks in the land through which the sea enters and then traverses  almost the entire island underground. It’s an unbelievable spectacle, a rare geological phenomenon characterized as one of the “mysteries of Argostoli”. 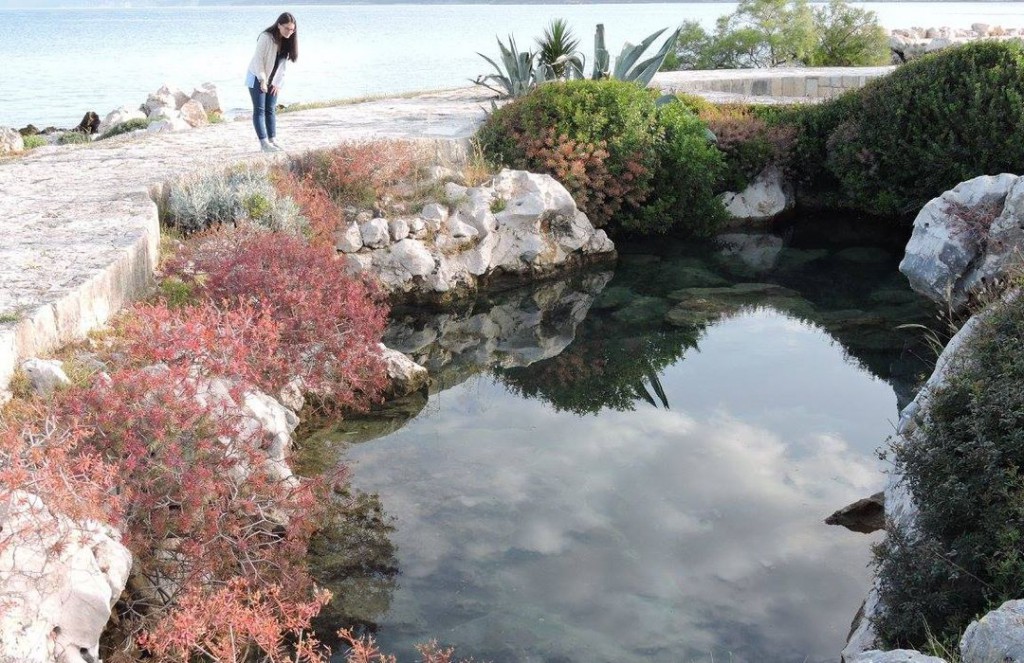 Second stop: the most romantic lighthouse in Greece, affectionately known by the locals as“Fanari”.

Only 2.5 km from Argostoli, you’ll come across  a romantic and serene landscape which at first sight will transport you back to a bygone age.

Third stop: A morning dip at the beaches Petani and Myrtos.

Beating the midday crowds and the sense that you’ve got these places more or less to yourself make the experience simply staggering.

To my mind, it has to be the prettiest village on Cephalonia. Pause for a coffee in the little harbor and walk up to the headland to visit the 16th century Venetian Castle. 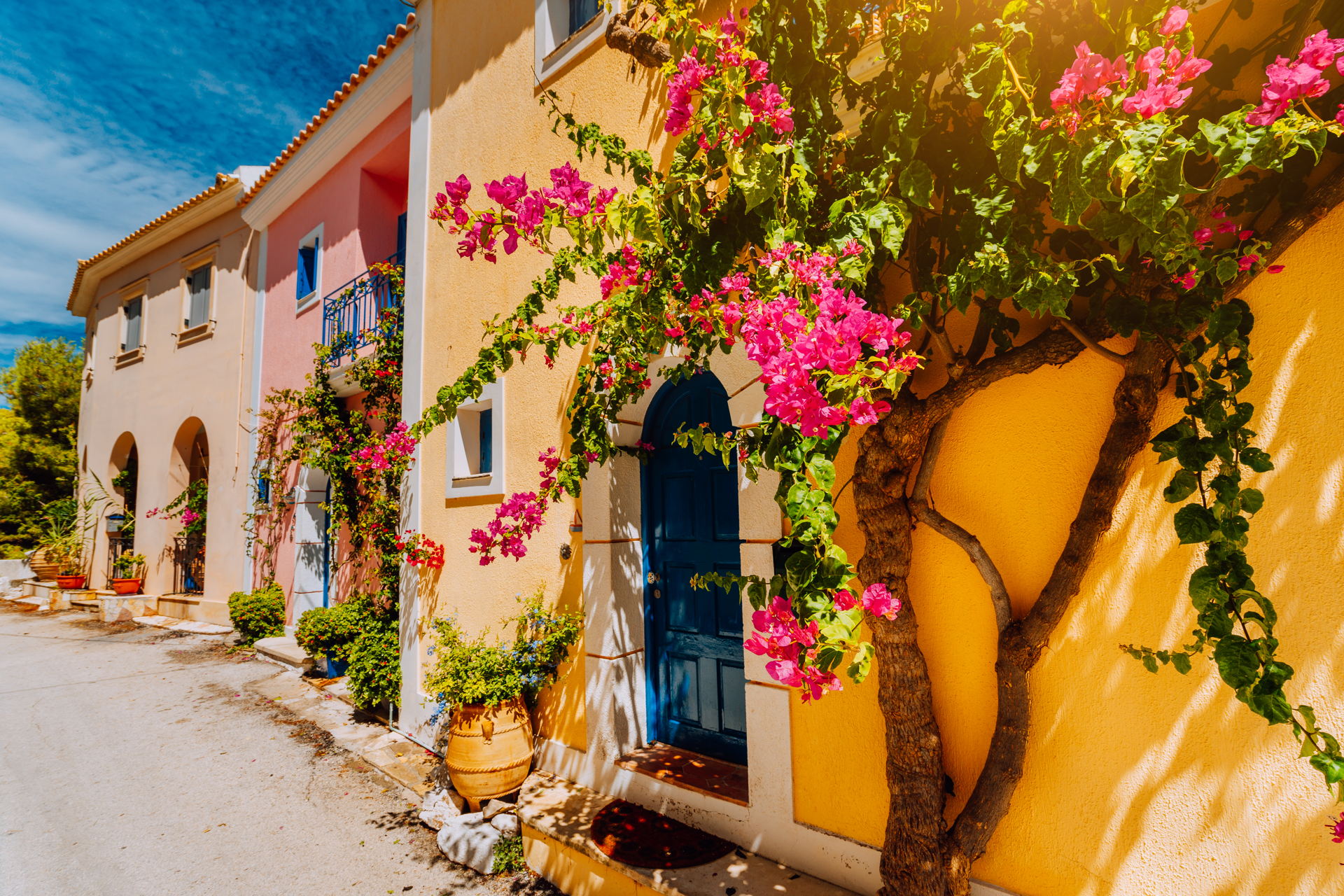 One look at its traditional architecture, the bougainvillea in the gardens and the majestic harbor and you’re in 18th century Italy, a close neighbour that has had so much of an influence over the Ionian Islands through the years. Walking along its narrow streets, keep an eye out for the house of the poet Nikos Kavvadias, with the inscription proclaiming that this is where he spent his childhood summers.  Take care to bump or not to bump into the odd Hollywood icon (all  depending on how star-struck you’re feeling), a frequent occurrence in the summer, as Fiscardo is a favourite amongst celebrities from all over the world. 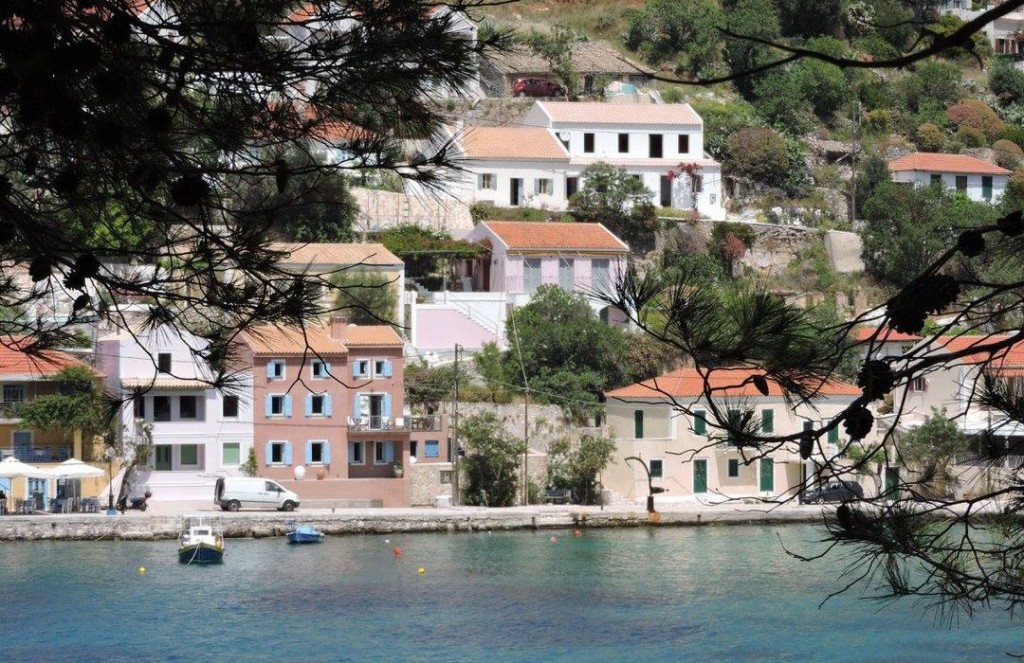 Sixth stop: After waking up and taking breakfast in Fiscardo, get in the car and head to Dafnoudi beach

Perfect for the first dive of the day and then head to the beautiful seaside village Agia Efimia for a coffee.

The natural entrance to the cave is vertical with dimensions of 40 x 50 m and was created by the collapse of part of the roof. The lake is 20 m below ground surface and the depth of its waters ranges from 10 to 30m. Try to get there early when there aren’t many people about or late, at closing time when the boatmen are in the mood for a chat or a serenade. 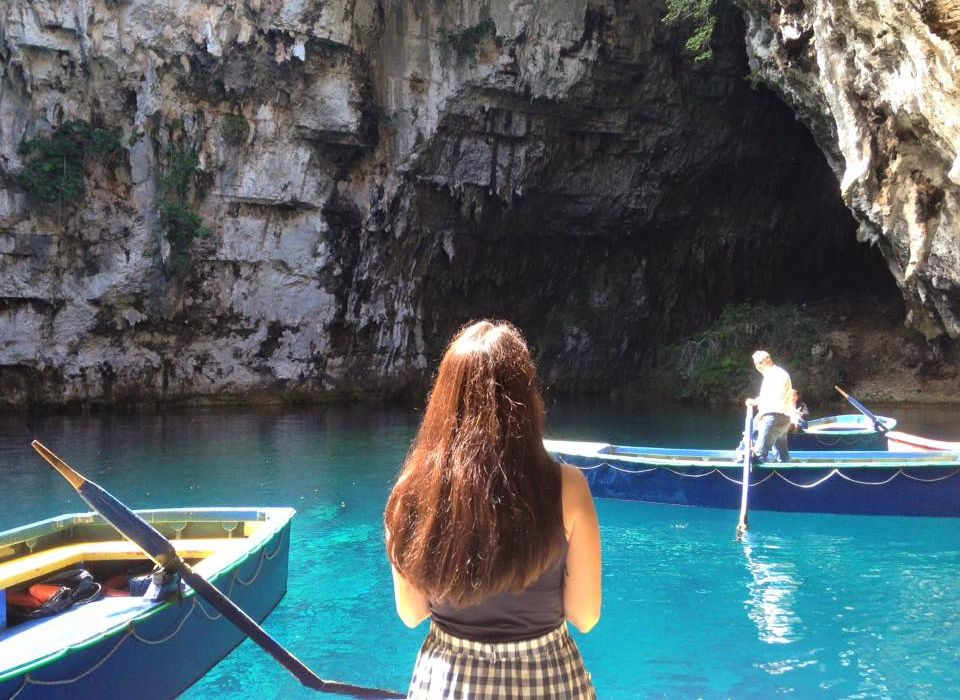 The perfect beach for a dip and then a little relaxation. Avoid crowds by bypassing the bar with the sunloungers and the water sports kiosk and lay your towel down a bit further along, under the shade of the trees. It’s a spot  simply crying out  for a midday siesta. 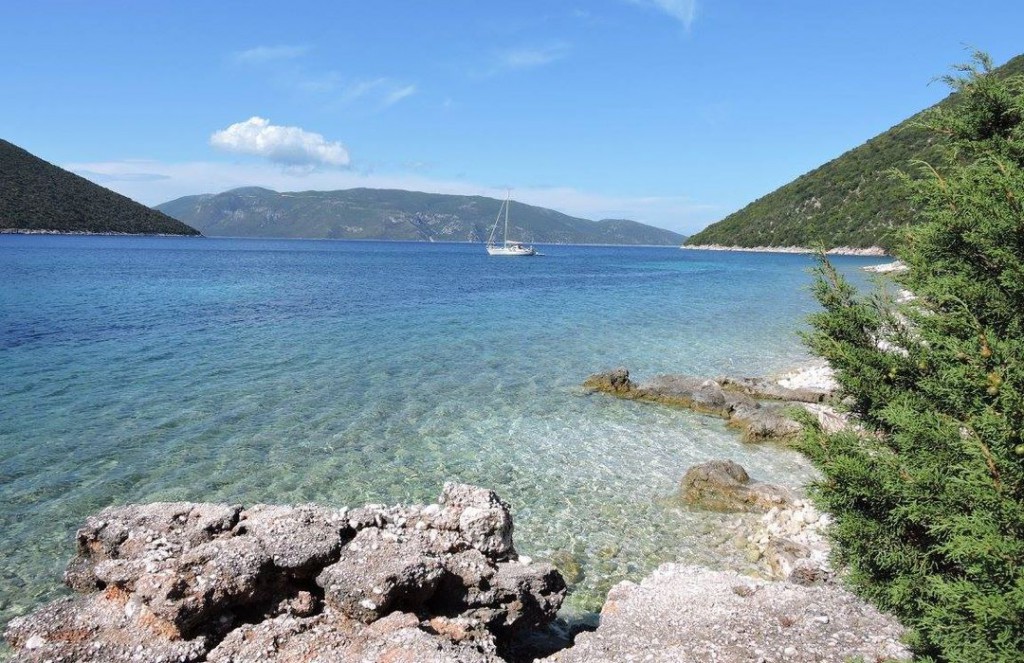 Ninth stop: After the sea, Sami invites you for a tasty fish supper while admiring the view around you.

My personal favourite restaurant is Familia at the end of the harbour.

Tenth stop: Back to Argostoli for a stroll in a port now lit up for the evening’s entertainment.

And all topped off by a drink with your friends or other half to bid your farewells to the island.

Maria Kofou studied journalism in Panteion University in Athens and continued with post graduate studies on Digital Media and communication in Milan. She loves travelling and this is why 4 years ago she created Travelstoriesfromyworld.com, a blog with suggestions for alternative travel destinations, tips and useful information for travelling in and outside Europe. 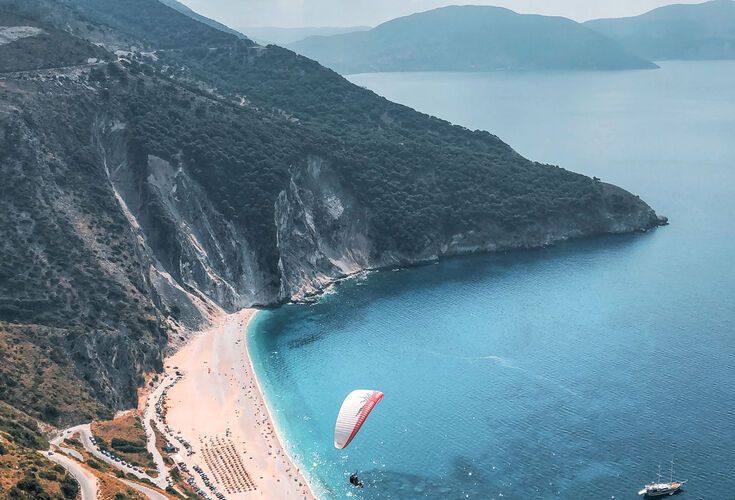 BLOG POST
Wanderlust Greece: Round the Peloponnese in 10 days