The most important religious sites in Greece

Monasteries, churches, sacred places and pilgrimages tell of the long and enduring devotion to Orthodox Christianity in Greece

During your holidays in Greece, you will find both on the mainland and on the Greek islands, that religion and faith are everywhere. From Mt Athos and Meteora to Patmos and Crete, from the Aegean to the Ionian, from the Peloponnese to Central Greece. Over the centuries, Greeks have imbued their entire land with the strength and enlightening presence of Christianity, building monasteries, churches and chapels of great religious and architectural import.

For Orthodox Christians around the world, the monasteries in Greece are places of major pilgrimages and are ideal for your religious trips to Greece. They are special, authentic and timeless. Almost always built in beautiful locations, often on the sites of ancient temples and sanctuaries, the monasteries symbolise the human attempt to transcend the earthly.

Some of them cling to cliff sides over gorges, others were fortified and resemble castles. In their katholika (main churches), libraries and museums are frescoes, portable icons, manuscripts, books and relics of inestimable value. The monasteries of Agios Ioannis Theologos on Patmos, Hosios Loukas in Viotia, Meteora and Mount Athos are just some of the most famous. 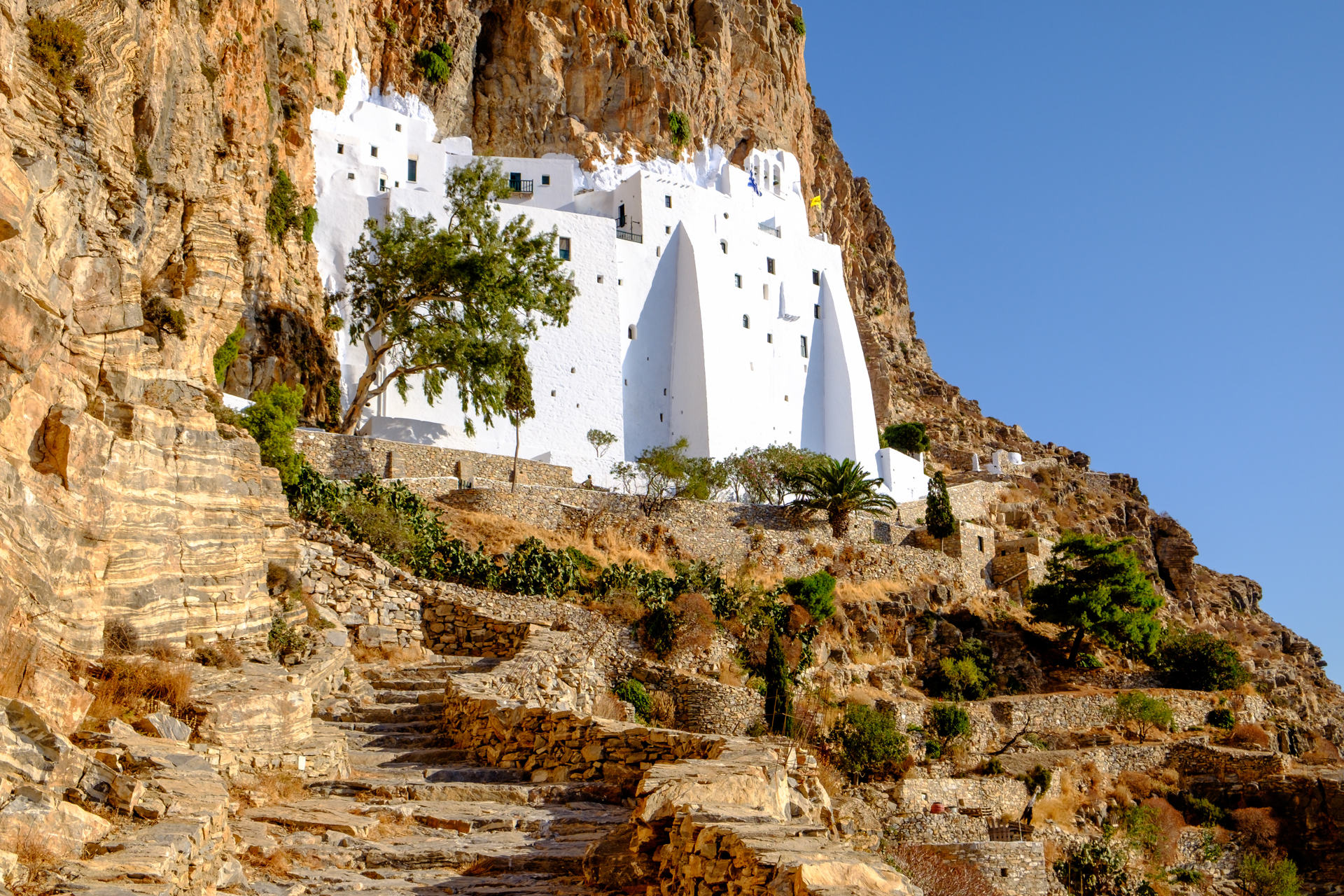 In the footsteps of the Apostle Paul: This is a route that retraces the travels of Saint Paul as he spread the message of Christ throughout Greece. The pilgrimage commences in Samothrace and continues through Kavala, Philippi, Thessaloniki, Veria (where you can find the ‘altar of the Apostle Paul’), Athens and ends in Corinth, where a church was constructed in his honour.

Mount Athos: The monastic state of Mount Athos has some 20 large monasteries which operate as sacred male communes. Smaller brotherhoods exist at various cloisters, cells and hermitages. About 1,600 monks currently live on Mount Athos, most of them Greek, though a fair number hail from around the world.

Famous churches and monasteries in Greece

From Mount Athos to Crete and from the Aegean to the Ionian and across the country, the Orthodox Christian faith found expression over the centuries in the form of monasteries, churches and chapels of great religious and architectural value.

Whether large and imposing or small and humble, these divinely inspired and exquisitely decorated buildings await your discovery. Experience awe, wonder and devotion along the way. In all of Greece, in each of the churches and chapels, the saint’s day celebrations are unique. Experience the feasts and festivities, with homemade wine and raki, traditional music and local delicacies. Here are some of the most important churches and monasteries of Greece.

Group
2+ million annual Meteora visitors can’t be wrong.
Group
The sun is setting on the horizon. You are standing on top of the world to witness Meteora’s breathtaking sunset. A truly one in a...
Group
While in Thessaloniki, don’t miss out the opportunity to visit Meteora – one of the world’s most popular UNESCO sites.
EXPLORE ALL

BEST OF
10 of the best beaches in Tinos

BEST OF
12 Top things to do in Kythira