One of the most glorious sanctuaries of the ancient world, the birthplace of the Olympic Games is a cultural rite of passage in the Peloponnese. 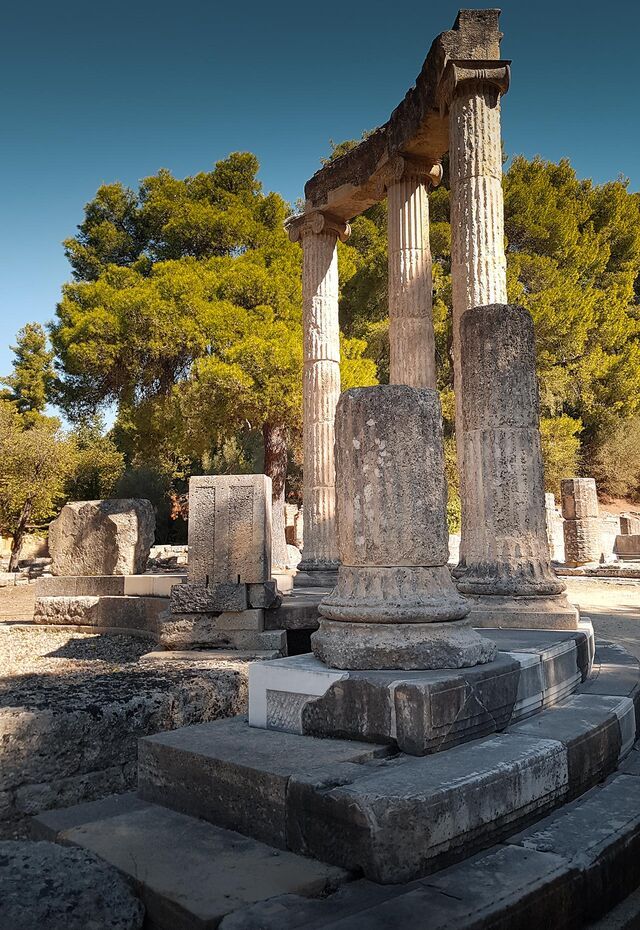 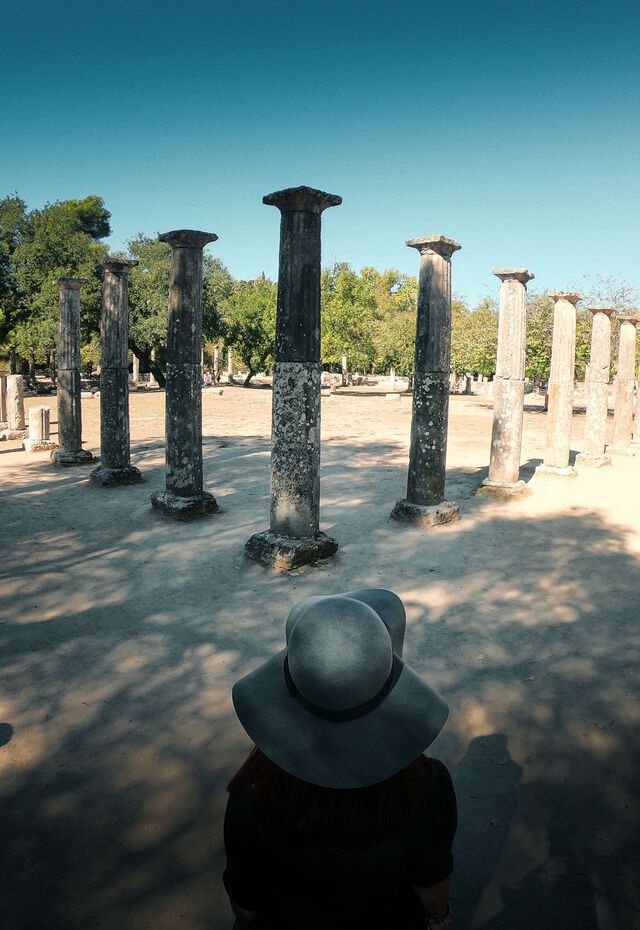 View on map
Duration
5 hrs
Season
All year round

There aren’t many cultural landmarks that you have a feeling for without having visited. The archaeological site of Ancient Olympia is one of them. Capturing all the spirit of the Olympic Games, it’s also the place where the Olympic flame is lit in commemoration of the Games that originated and were held here every four years for a staggering 1,000 years.

Located in the western Peloponnese, Ancient Olympia was one of the most sacred and glorious sanctuaries of the ancient world. And, though only foundations of many of its structures remain, it is still one of the most evocative of Greece’s archaeological sites.

Ancient Olympia strikes that magical balance of appealing to both children and adults in equal measure. You can still feel the spirit of the athletes and the adulation of crowds chanting their names (women and slaves from a nearby hill, of course). And, next to that, the veneration of worshippers in the remains of temples dedicated to Zeus and Hera.

Read More Read Less
See the gallery
The best experience in Ancient Olympia, is in spring when the olive groves and flowers are in bloom 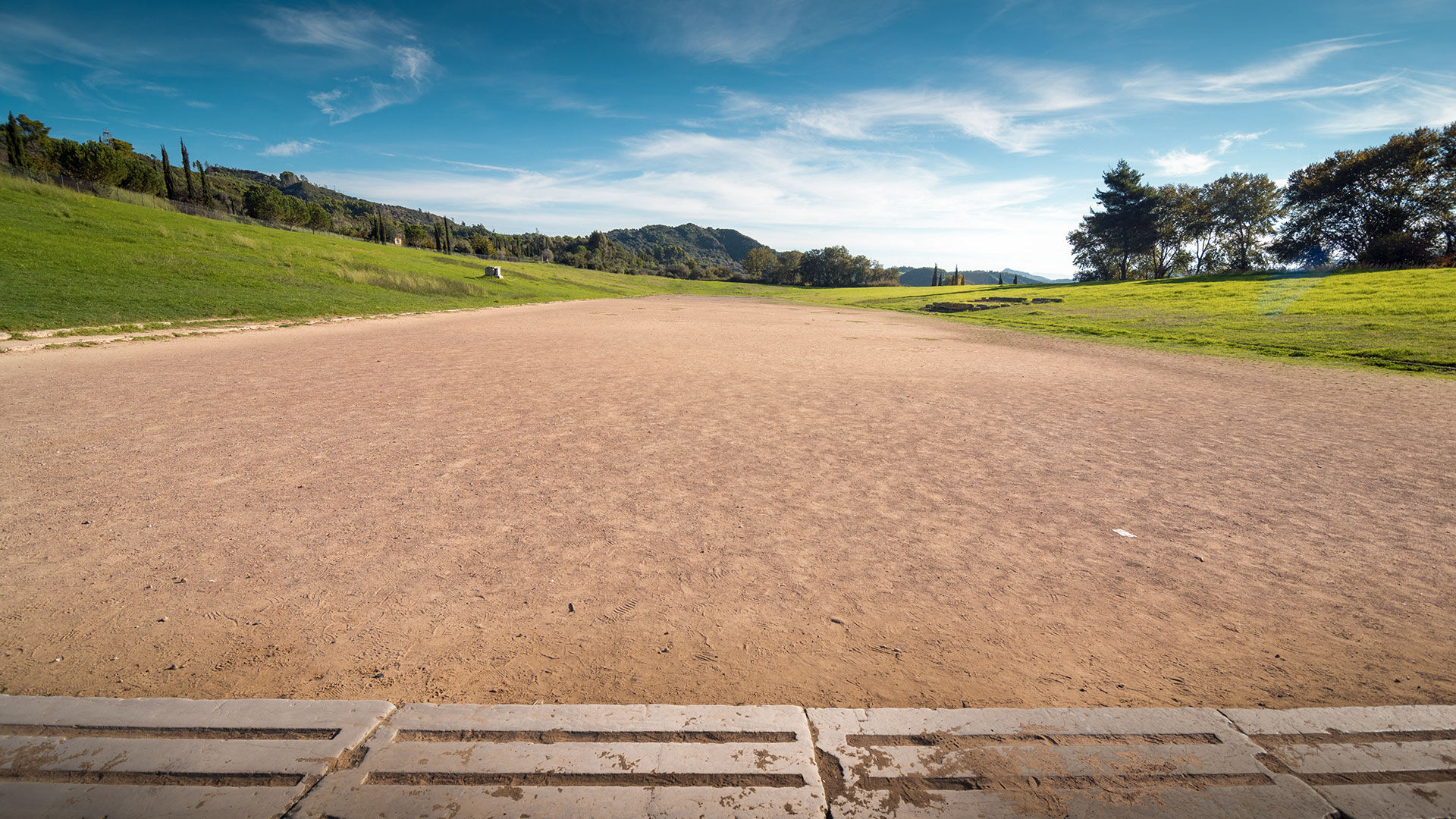 The Ancient Stadium, once housing more than 45,000 spectators 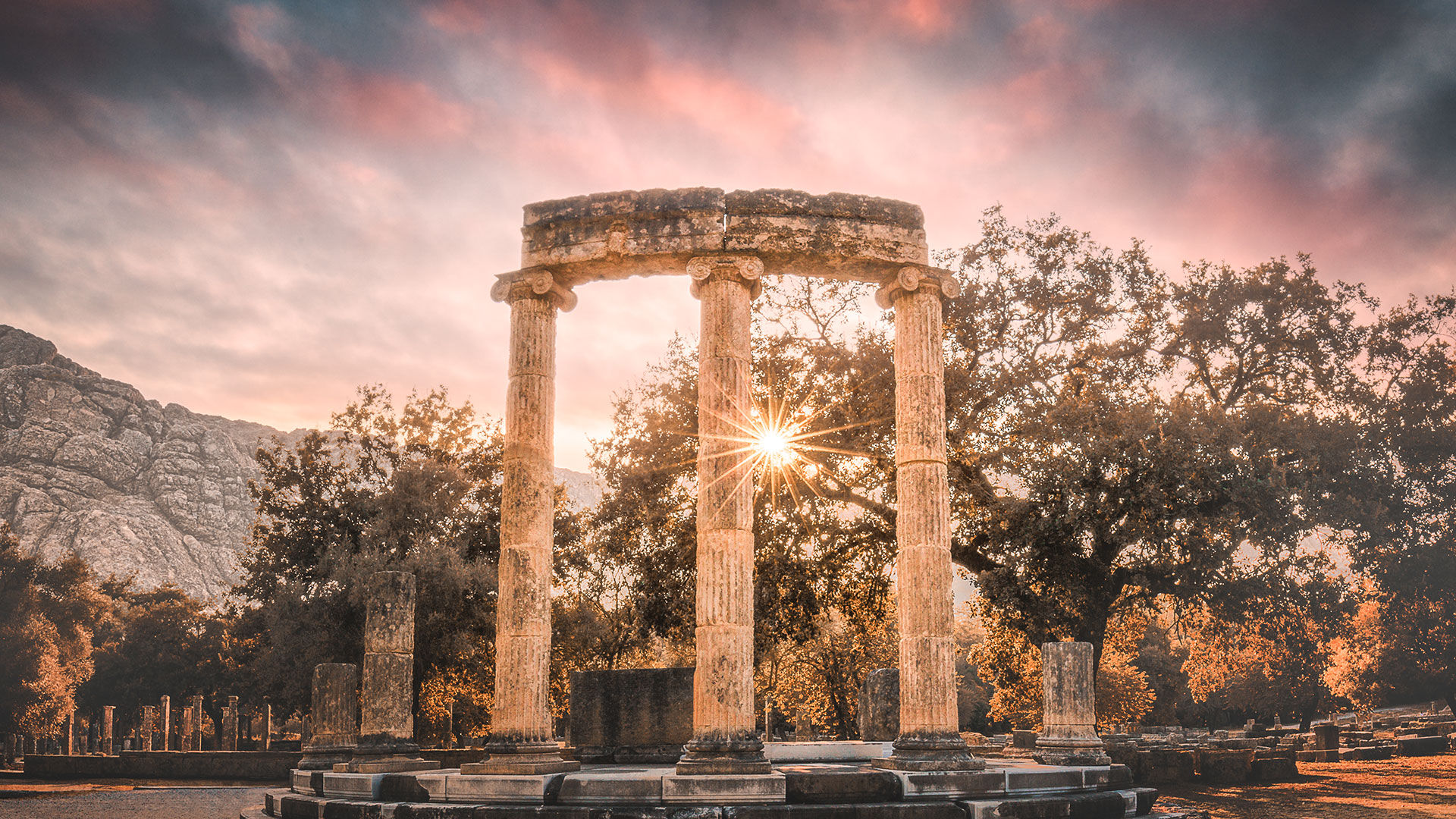 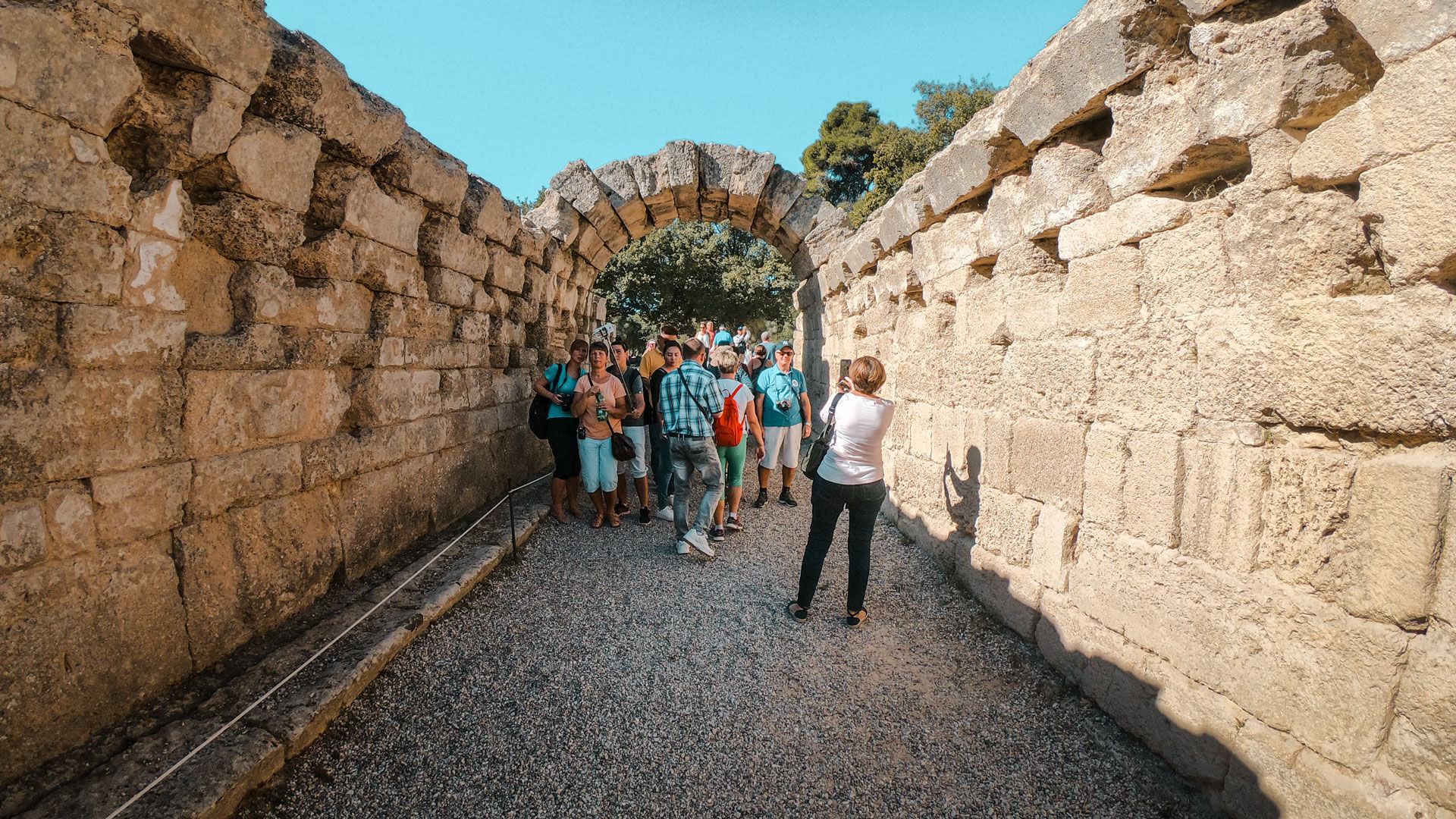 Passing through a stone archway, you enter the remains of the Ancient Stadium 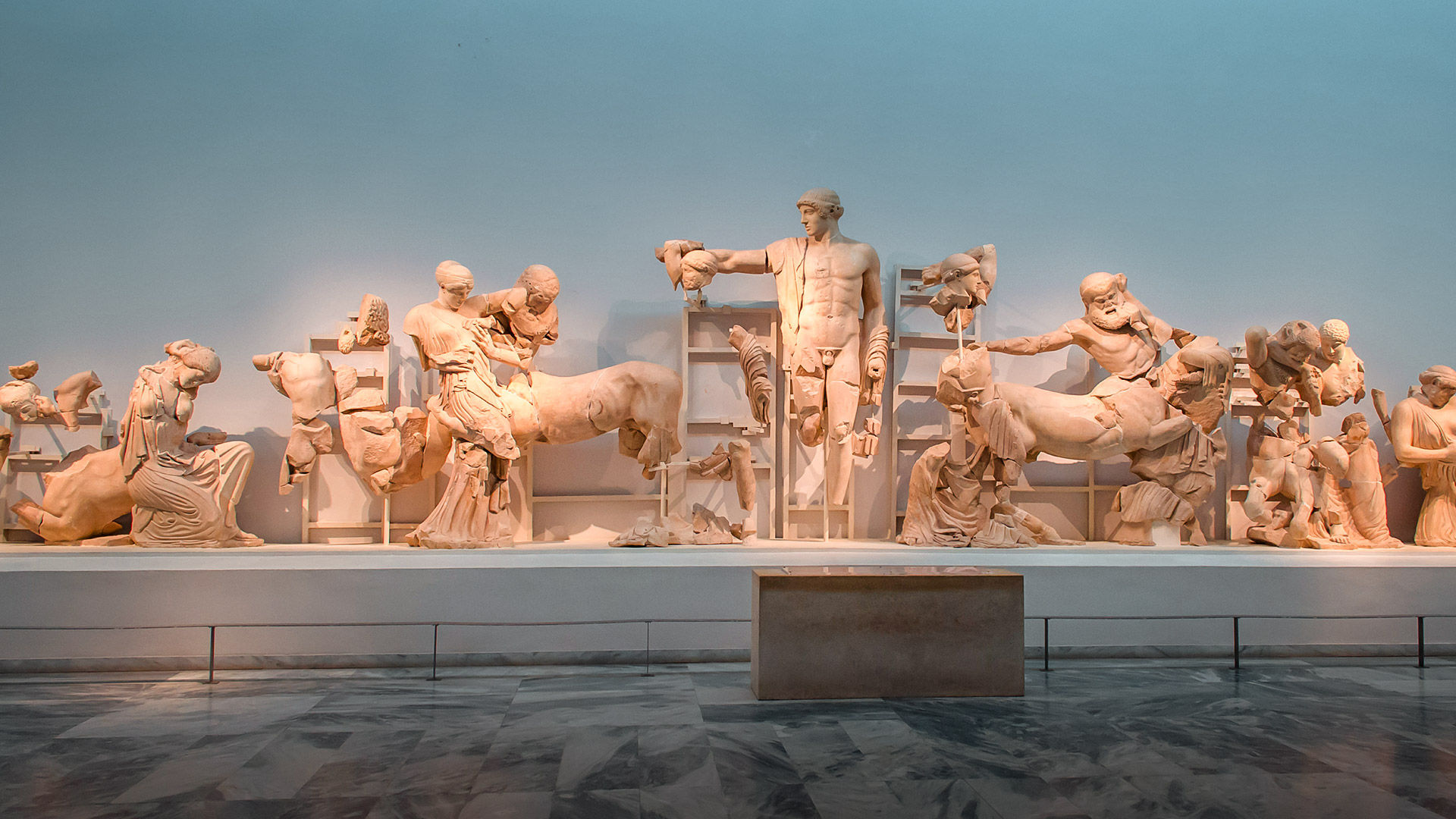 The Archaeological Museum of Ancient Olympia 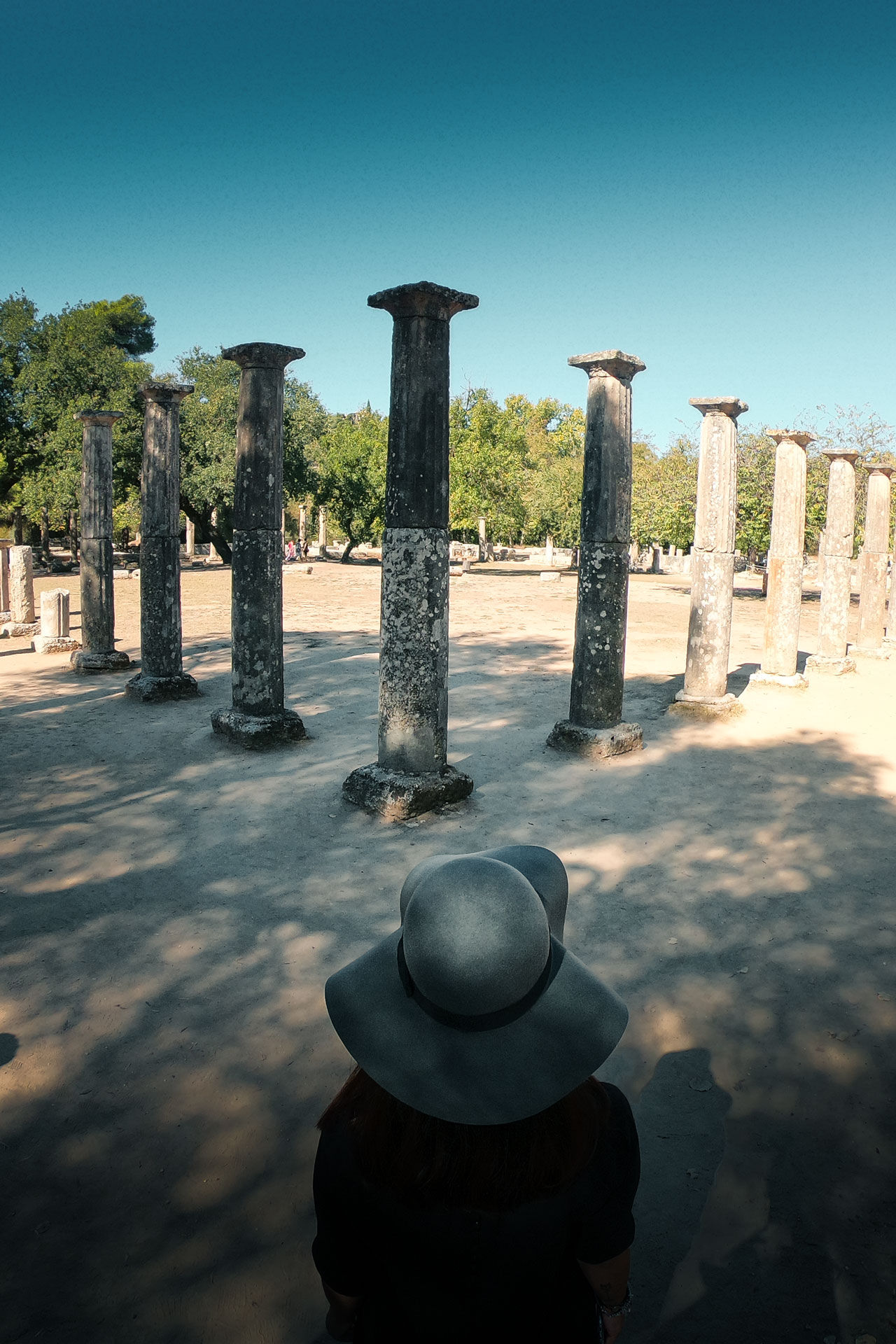 The Palaestra of Ancient Olympia 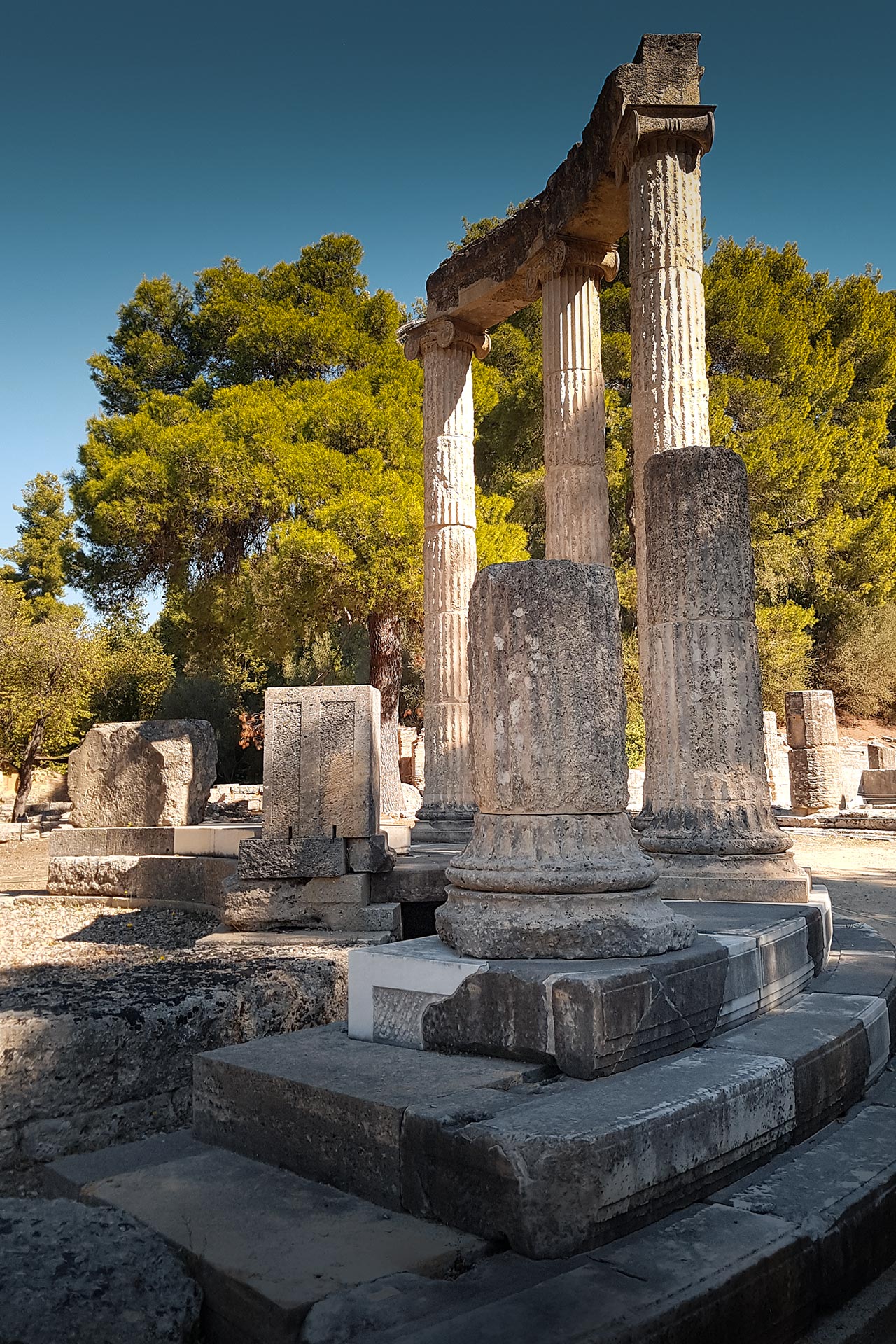 The Philippeion of Ancient Olympia

The remains of the only circular building on the site once contained gold-and-ivory-covered statues of Philip of Macedon and his family, including his son Alexander the Great. It was built by Philip to commemorate a victory against a combined army of Athenians and Thebans.

The Ancient Stadium and Archway

Passing through a stone archway, you enter the remains of the Ancient Stadium, once housing more than 45,000 spectators. The mind boggles at being able to line up on the track (measuring 192.27m), just as the finest athletes in the land did thousands of years ago. Nearby are the judges’ seats. On your marks, get set…

Built in the 3rd century BC, the partly restored Palaestra was where contestants prepared for boxing, wrestling and jumping events.

This is where the legendary sculptor Pheidias created one of his most famous pieces of work – the gargantuan ivory-and-gold statue of Zeus, which became one of the Seven Wonders of the Ancient World.

The Temple of Zeus

The most important building of the Altis (or Sacred Precinct of Zeus) was the immense 5th-century-BC Doric temple dedicated to the king of the gods. It housed Pheidias’ statue of Zeus for more than 800 years. One column of the temple has been restored, allowing us to appreciate its size.

The Temple of Hera

Older still are the remains of the late 7th-century-BC Doric Temple of Hera, in front of which burnt a fire during the Games as a symbol of the fire stolen from the gods by Prometheus. This is where the Olympic flame is lit today.

Containing artefacts and statues (the most famous of which is Praxiteles’ Hermes), the Archaeological Museum more than does justice to the challenge of putting this extraordinary site’s history and mythology into context.

A wonderful bonus is the Archimedes Museum, dedicated to the greatest mathematician, physicist, engineer, astronomer and inventor of his time.

Private
What is better than visiting the old-time classical monuments of the Ancient World? Of course, we are referring to the Ancient Olympia, otherwise known as the...
EXPLORE ALL

From Katakolo Port (for cruise ships)

The best experience is in spring when the olive groves and flowers are in bloom and there’s a wonderful light, adding to the magical aura. 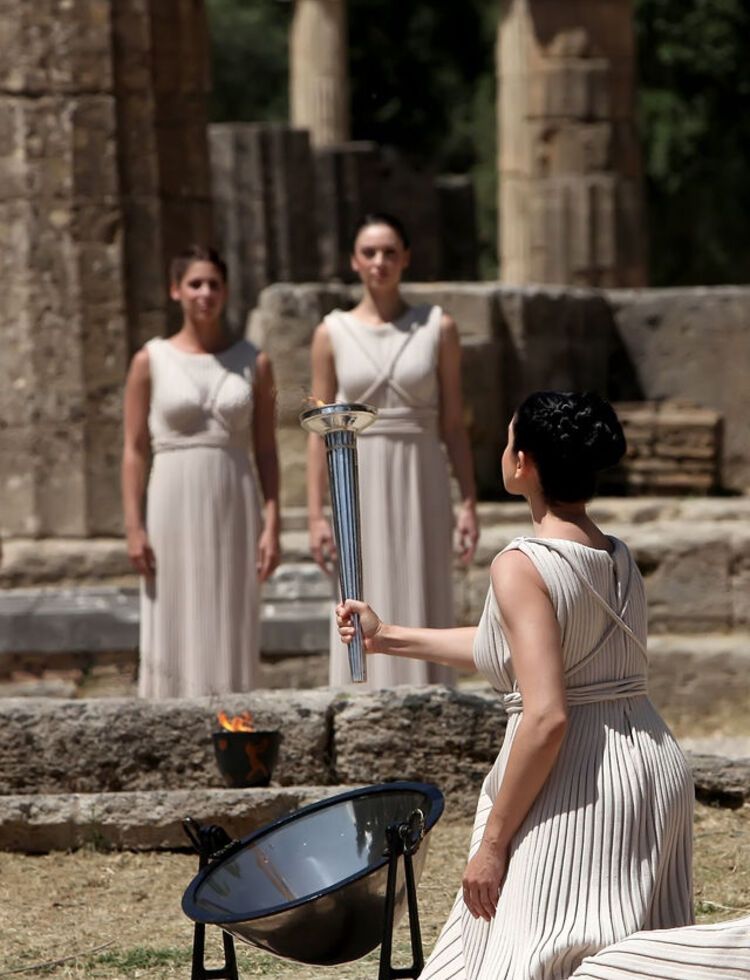 Refrain from touching any remains or monuments. The fingers’ natural oils can be extremely damaging to artefacts.
Stay on the marked paths and respect your fellow visitors.
Use the bins provided or keep your rubbish with you until you find one.
If there’s a “No flash photography” sign, please respect it. It’s to protect the monuments.
Use a refillable water bottle to try to minimise your use of plastic.
Smoking is prohibited.
No pets (other than guide dogs) are allowed in cultural sites.
Read More Read Less
DESTINATION

The eternal flame of the Olympic spirit
Discover It 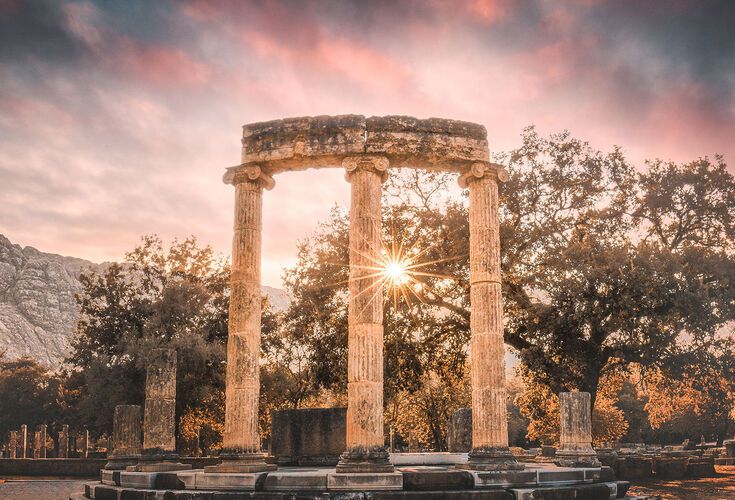