Whether you want to conquer the home of the gods or gently hike through divine nature, Mt Olympus stands ready to greet you 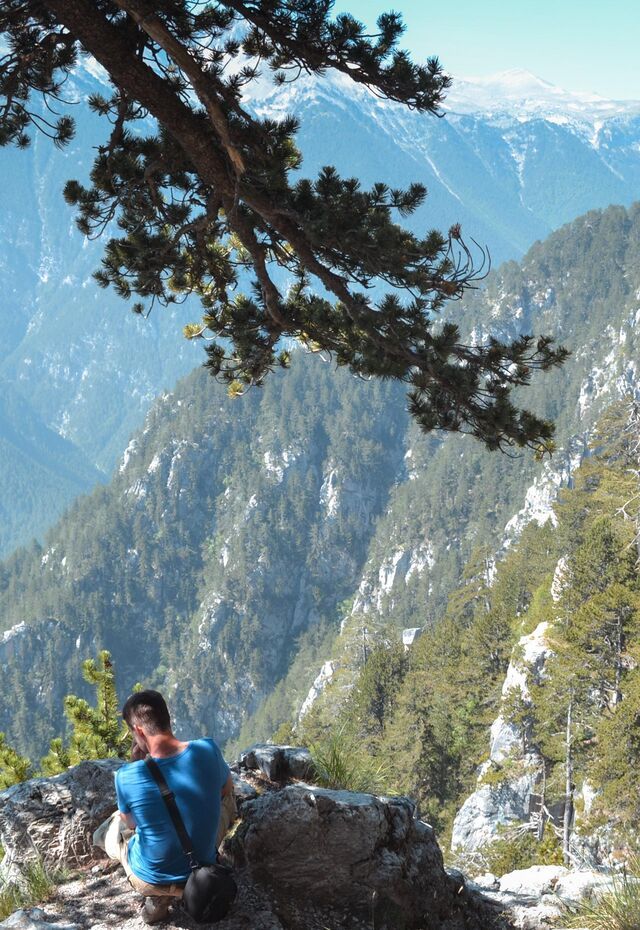 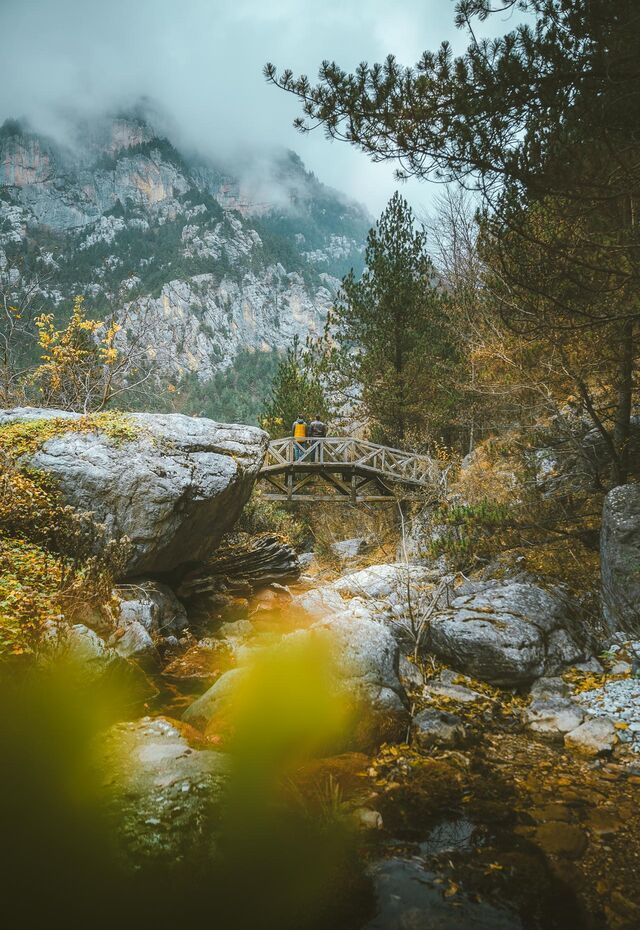 It’s not for nothing that the ancient Greeks chose Mt Olympus as the seat of the 12 gods. Greece’s highest point has always attracted a sense of awe – as much for its rich wildlife as the mystery of its ravines, caves, plateaus and mist-covered peaks. Where better for Zeus to settle as lord of all the gods, demigods and humans?

And humans, in turn, were quick to show their reverence. Mt Olympus was made Greece’s first National Park and has been incorporated into the E4 hiking path, allowing us all to enjoy the views from its many peaks and folds, along with some of the 1,700 types of plant and animal found on its slopes.

You certainly don’t have to reach the full 2,917m to Mytikas, the legendary Throne of Zeus. There are various routes you can follow, either with a guide or on your own. And the most popular is the first stretch, along the beautiful Enipeas Valley, from the foot of the mountain to one of the refuges.

The terrain, climate and vegetation change as you ascend. From oaks and low-lying shrubs to deciduous trees and black pine and firs – including the rare robolo tree (or Bosnian pine) – until you rise above the treeline at 2,500m with low-lying vegetation and, in the spring, an expanse of wildflowers. 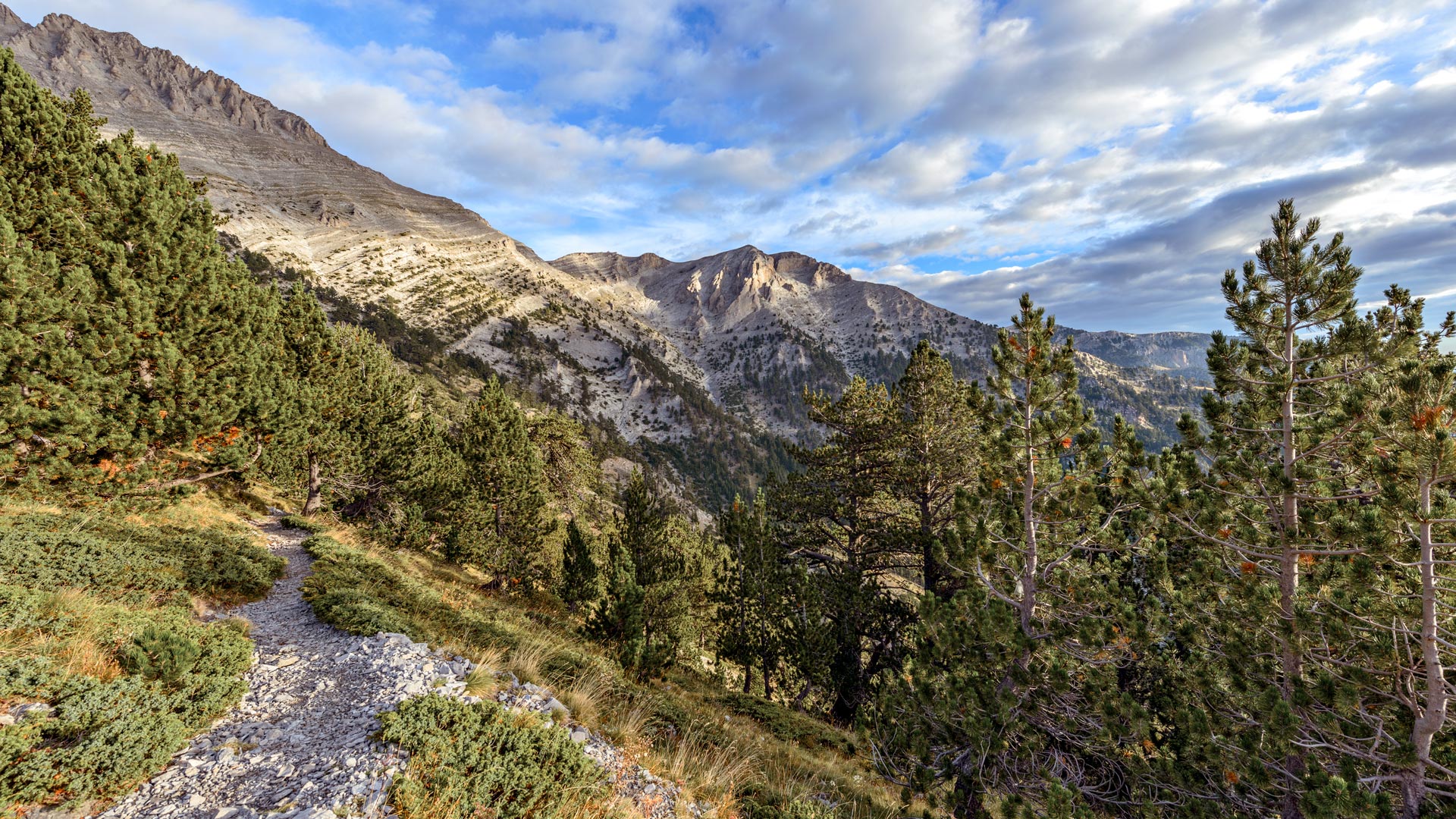 Path to the top of Olympus mountain 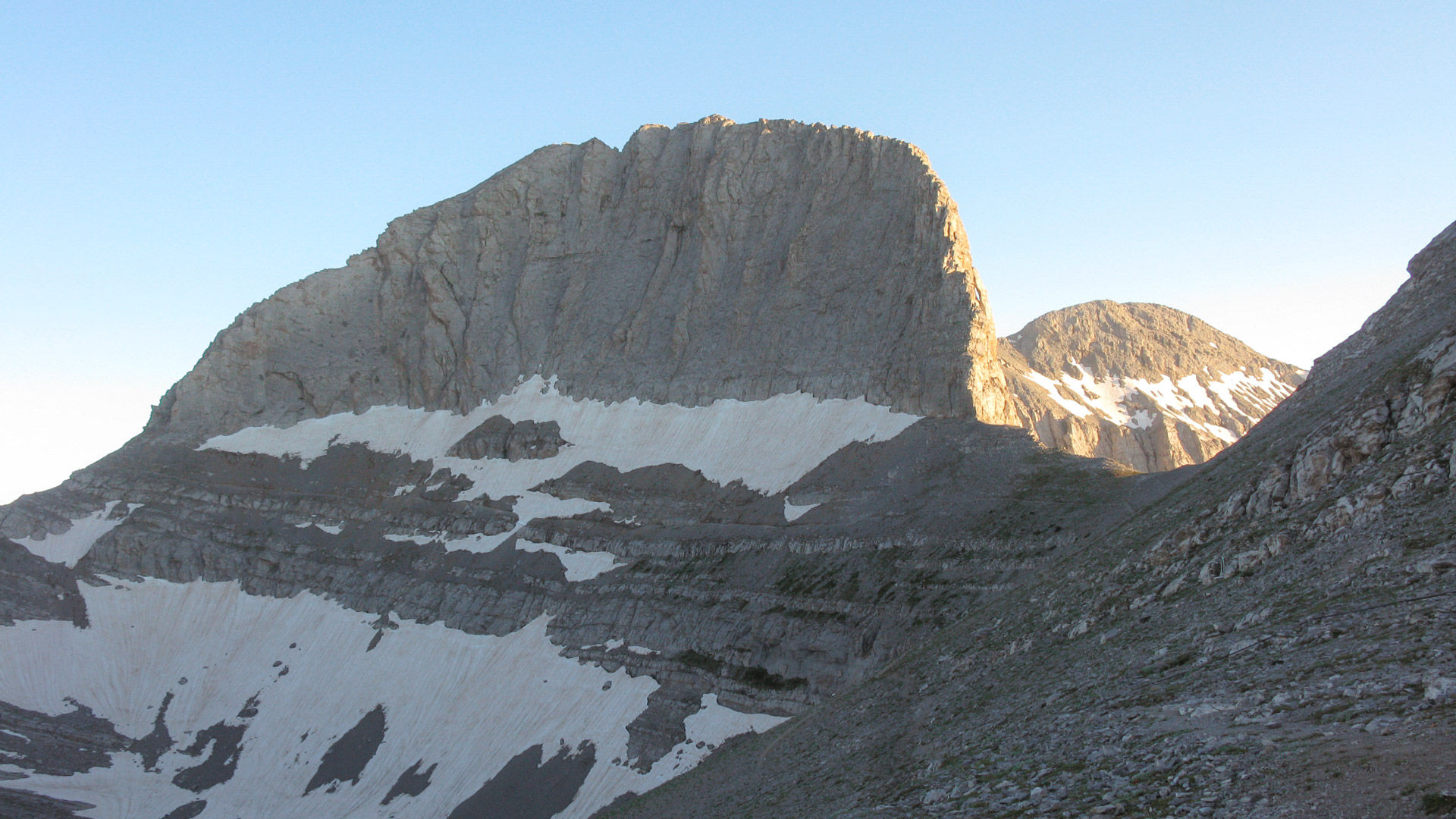 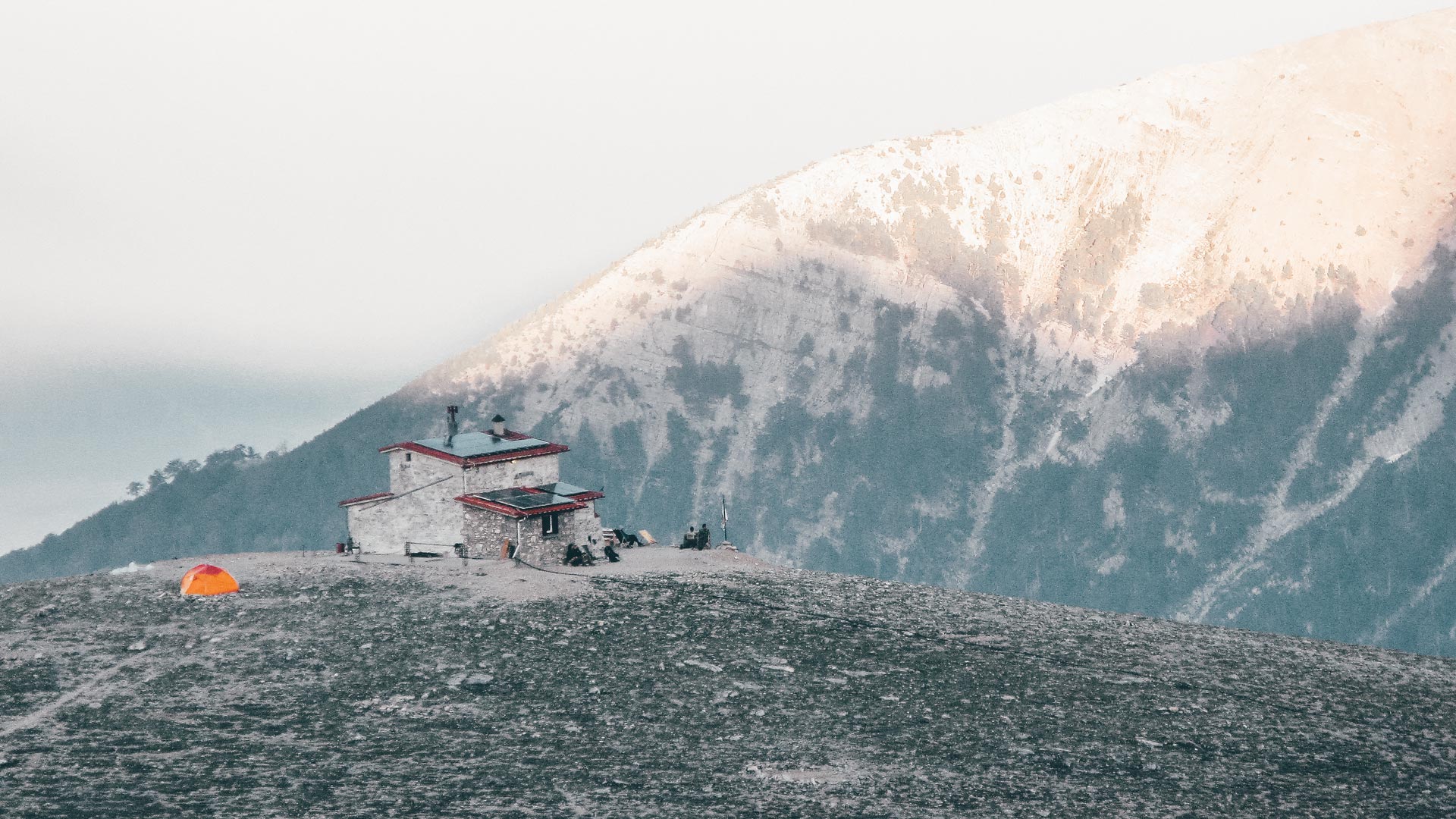 The highest peak of Greece Mytikas (2918m), is addressed to the mountain lovers with good physical shape 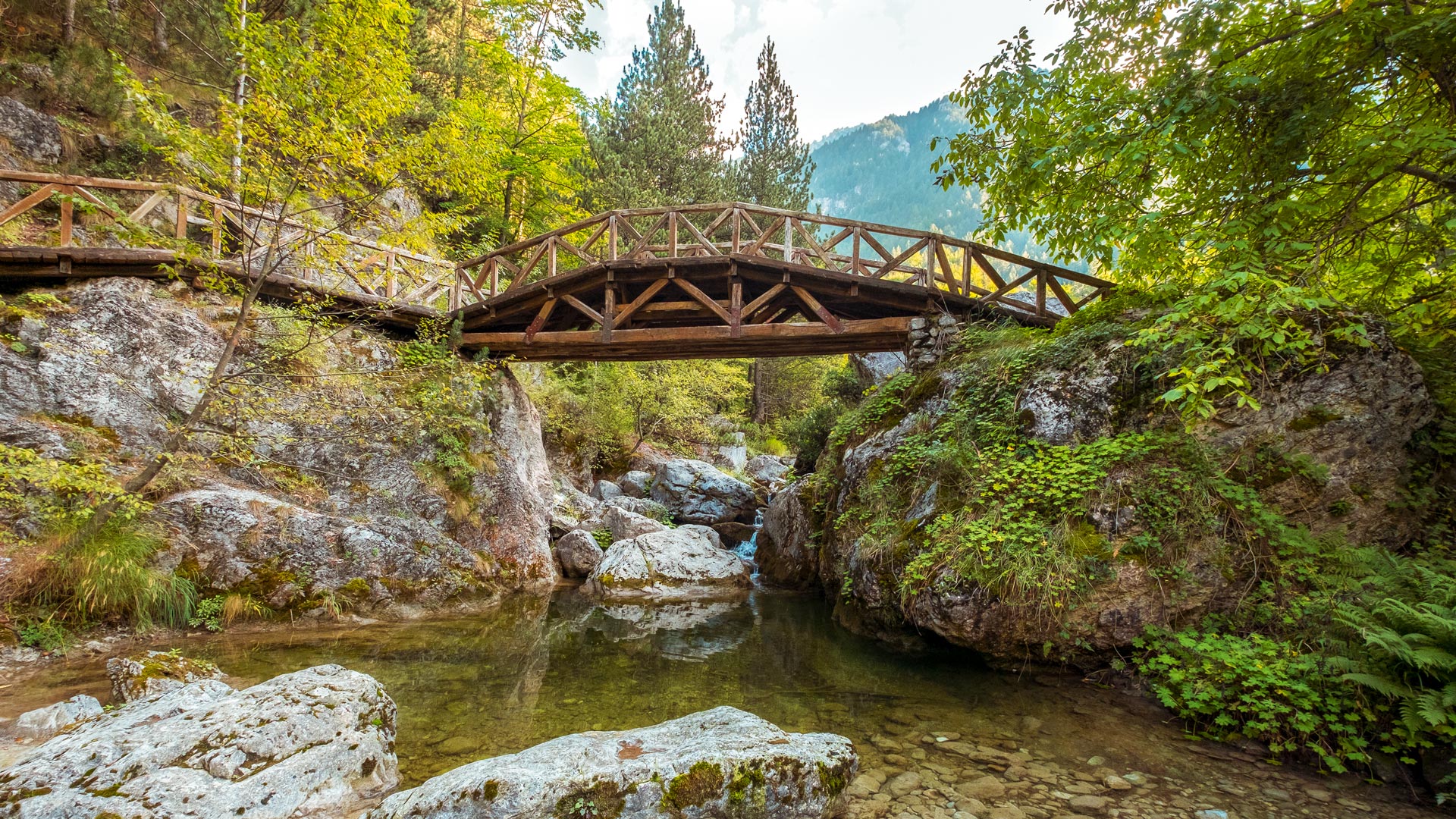 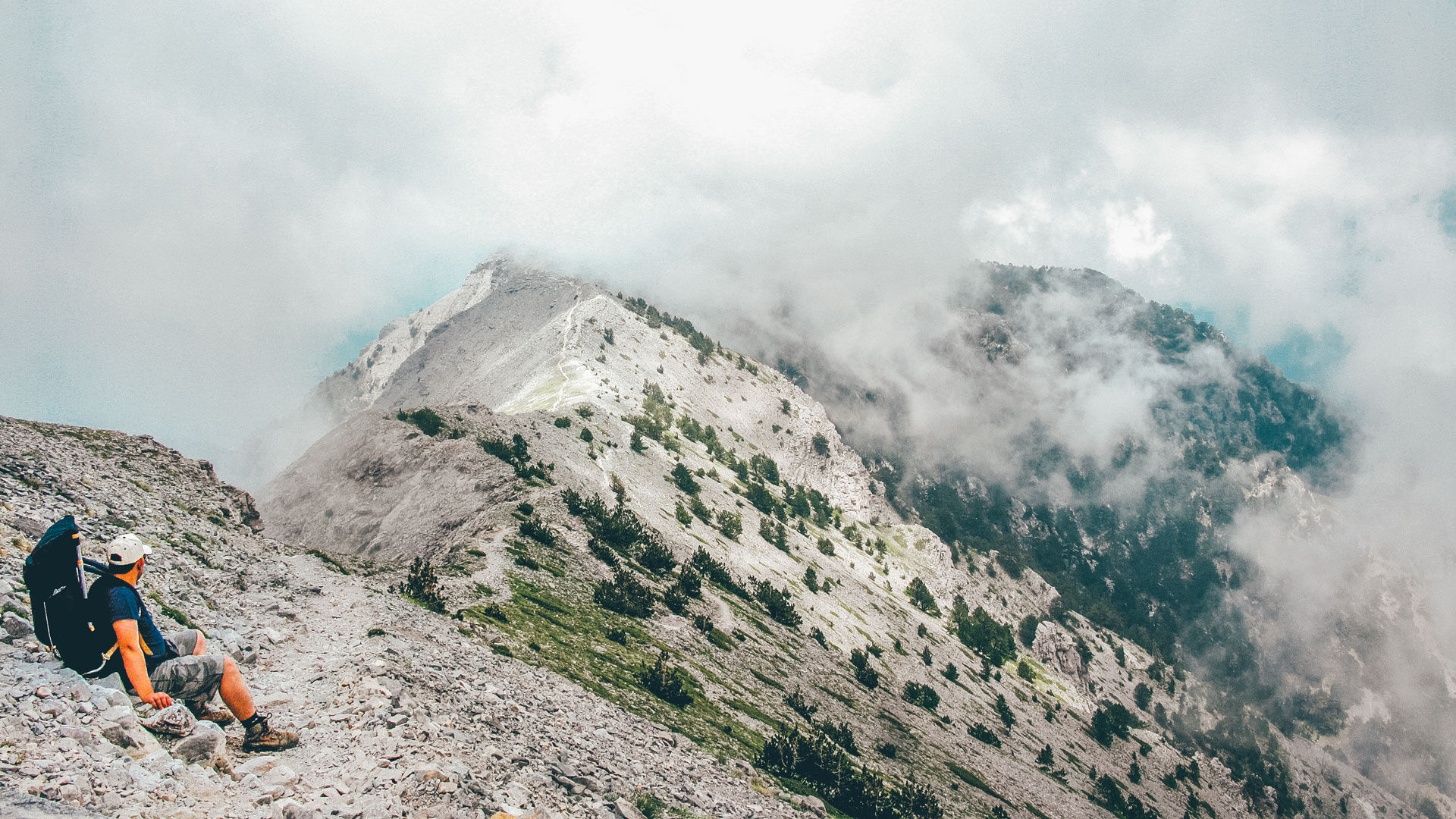 Hiking from Myli, just outside Litochoro (the closest town), to Prionia (the highest point reachable by car) is one of the most popular routes. Wooden bridges criss-cross the 10km path along the densely-forested valley, which is part of the E4 hiking trail, until you reach Prionia (1,100m altitude). Along the way, you’ll enjoy:

Agios Dionysios Cave: Where Saint Dionysios lived as a hermit.

Agios Dionysios Monastery: Hidden within the pine forest, a 15th century monastery that was destroyed by the Germans during World War 2.

Enipeas Waterfalls: With a beautiful plunge pool you can swim in.

Prionia is also a popular starting point, with a carpark and other facilities. The path continues to the Spilios Agapitos Refuge at 2,100m (one of many refuges on the mountain). You pass between pine, beech and fir trees until you reach the refuge, within a plateau of impressive age-old robolo trees. If you’re intending to climb to the top, you can sleep the night here.

Not one summit, but three!

Weather conditions, and whether you’re willing to scramble the final stretch, will determine where your hike ends. The first peak is Skala (2,882m), after which you can cross a narrow ridge to the second summit, Skolio (2,911m). Or you could choose to scale Mytikas (a further 3hrs). But don’t feel pressurised, especially if the weather isn’t good. The last bit isn’t easy.

Group
Be part of the Kassandra full-day tour from Thessaloniki
Group
A great day hiking in Enipeas gorge were you will have the opportunity to experience the unique natural beauty of the lower Olympus area. The...
Group
1 Day Summit Olympus is a lesser known but very beautiful route to the summit of legendary Mt. Olympus in just one day!
EXPLORE ALL

The mountain is at its most beautiful in spring (with running water and trees and flowers in bloom) and is popular in summer, when temperatures and winds are at their best for climbing.

Make sure you have all the correct equipment before setting out:

The charm of hiking on Mt Olympus is that it is a completely wild and unspoilt environment, so please help keep it that way. 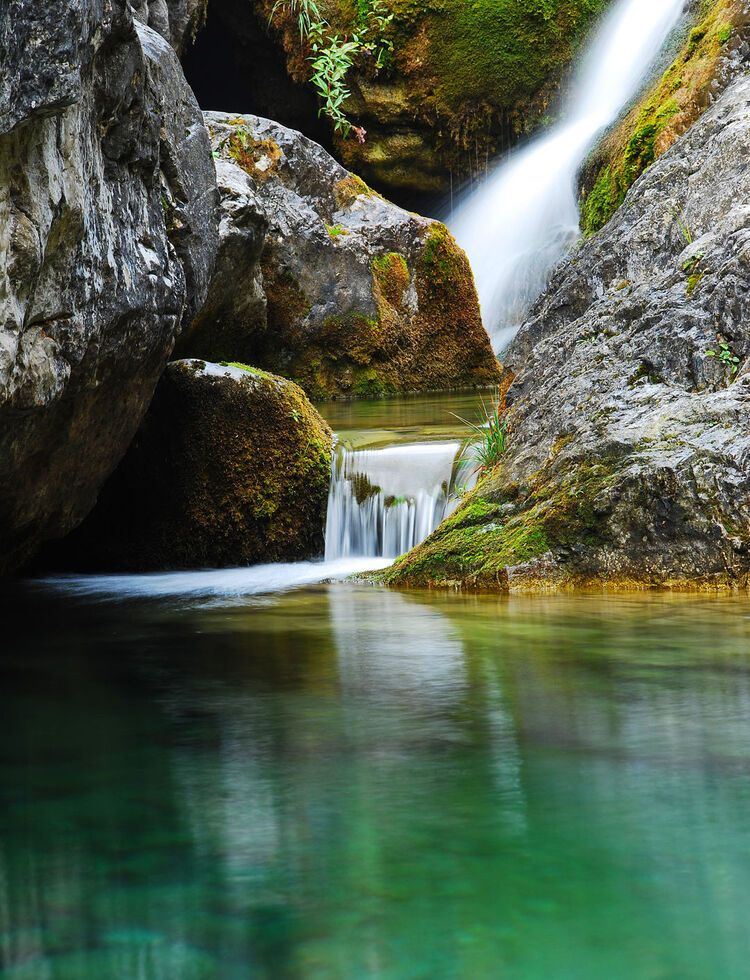 Don’t forget to keep any rubbish with you until you reach a bin.
Please keep to designated paths for your own safety and to avoid disrupting the wildlife.
Tempted as you might be, please don’t feed any animals.
Use a refillable water bottle to try to minimise your use of plastic.
Respect the local environment by not picking any plants or flowers
Respect your fellow hikers.
Respect any cultural sites or monuments you encounter on the way.
Always check the weather and don’t attempt anything that is beyond your abilities or physical condition.
Lighting fires in the wild is prohibited.
Read More Read Less
DESTINATION

A mythical escape of mountain and sea
Discover It 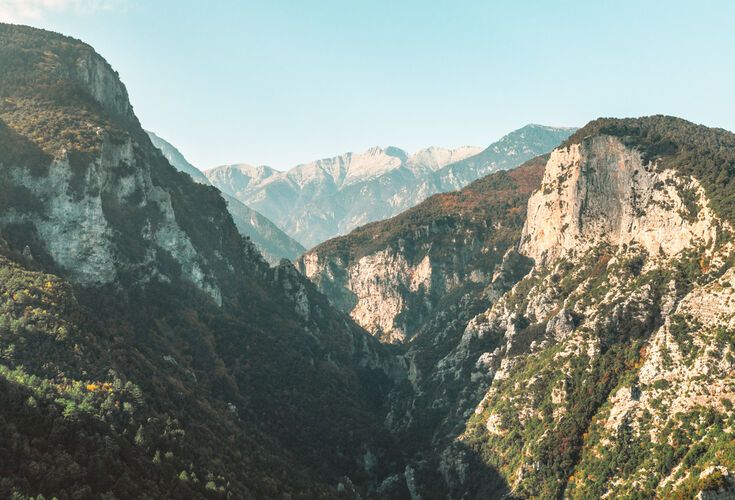