A seaside city that loves to live, eat and get festive 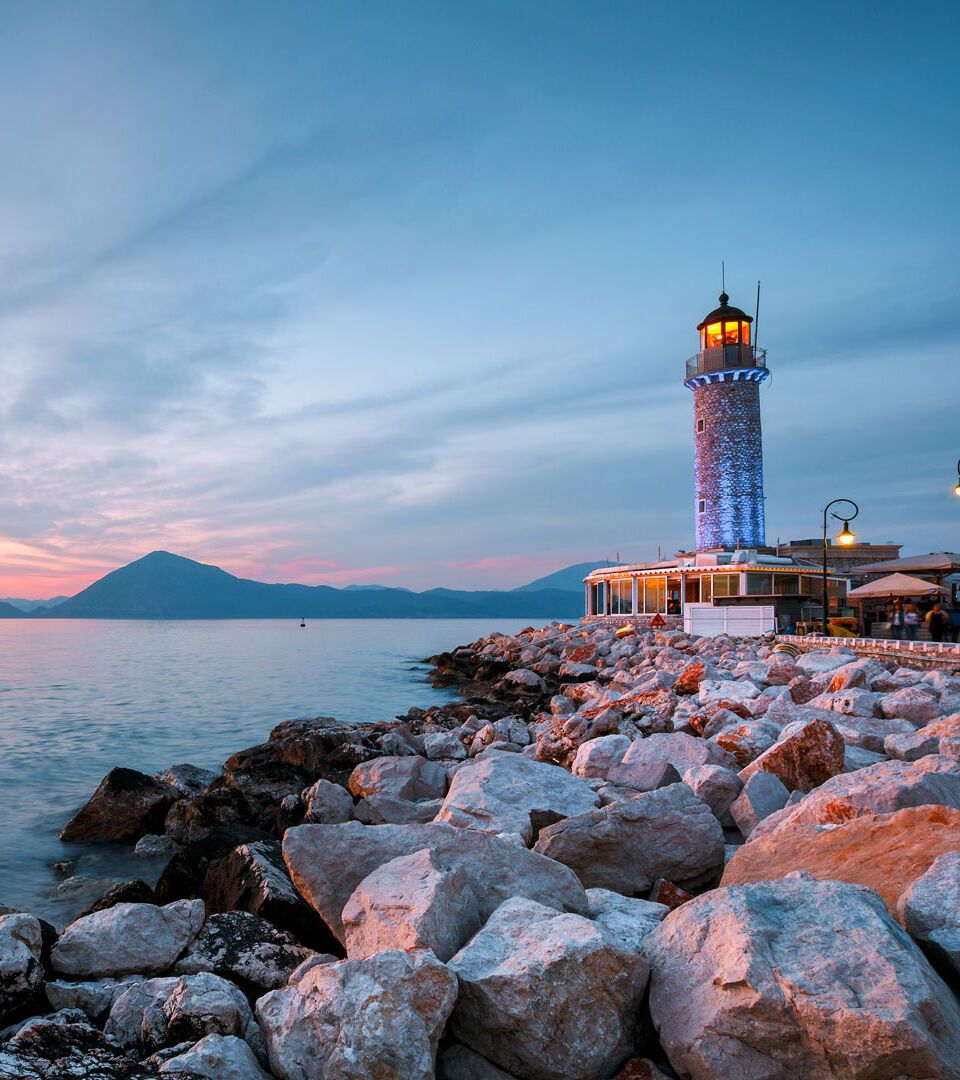 Today
13°
MON
12°
TUE
11°
WED
11°
THU
11°
The city that knows how to entertain invites you to enjoy its intensity, passion and year-round festive atmosphere

It has a world-famous carnival and its very own Rio … but you don’t need to go as far as Brazil. Patras, joyous and extroverted, entertaining and fun, looks as if it lives in the rhythm of carnival all year long. Feel its energy in every corner and in the dozens of youthful and lively hangouts, cafes and restaurants. Wander in the beautiful old town and in the castle built by the Byzantine Emperor Justinian I. Explore the multiplexes, squares, sidewalks and the bustling port, linking Greece with Italy. This city in the Peloponnese, with its Mediterranean temperament, will never fail to entertain you.

What to do in Patras

This is the Patras Carnival’s timeless slogan. The colourful festivities each spring include nonstop fun, dancing, floats, masqueraders and the famous treasure hunt that was established in 1966. All year long, the municipality’s carnival crews and artists’ workshops brainstorm ideas, cutting and sewing costumes and putting together ingenious designs for floats. The result is a joy for young and old.

The closing ceremony consists of a huge parade on the last Sunday of the season, which concludes with the burning of the Carnival King. On the following day, Clean Monday (the first day of Orthodox Lent), there’s an awards ceremony for the best costumes and floats.

A walk around Upper Town

It’s lovely to walk through this picturesque section of the city, with its narrow streets, archways, attractions and traditional homes. You’ll see the castle, the ancient conservatory, the Pantokratoras church, built in the 19th century, the Roman Amphitheatre (1st century AD) and the Old Municipal Hospital built in 1857. Originally designed by the Danish architect Theophil Hansen, it now functions as an exhibition space and cultural centre.

It was built by the Byzantine Emperor Justinian I upon the ruins of the ancient acropolis and has borne witness to the city’s tumultuous history. The open-air theatre, with its majestic view of the city, holds various cultural events throughout the year.

So many squares, so little time

Which square will you choose? Patras has so many and all are filled with people having coffee and convivial conversations. You can begin at Psilalonia, "the balcony over the sea," populated with tavernas and bars. At the centre, George Square (where the Carnival’s opening ceremony takes place), you’ll admire the famous Apollon Theatre designed by Ernst Ziller, a replica of La Scala in Milan.

A little further down, at Olgas Square, you’ll stop for a coffee and then head to the Archaeological Museum. Make time for another break at the square of Agios Georgios, where the trees create shade for its joyous chaos of tables and chairs. And the view of the stunning Roman Conservatory completes the scene. Every square in Patras has a one-of-a-kind personality.

Don’t miss the magnificent church of the patron saint of Patras, Agios Andreas (St Andrew). The dome reaches a height of 46m and is supported by a gold-plated cross, 5m in height, symbolising Christ, while 12 smaller crosses surround it, symbolising his apostles. Built in the Byzantine style, it was commissioned by George I in 1908 and inaugurated in 1974.

A bridge to the future

The cable-stayed Rio-Antirrio bridge is a terrific feat of modern science and engineering. Its bold design makes an outstanding landmark and something of a beacon for change, for not only is it a structure of indisputable beauty, but it has also been the catalyst for significant financial and social development in Western Greece.

Tentura, the nectar of Patras

From the Pantokratoras church, walk straight towards Boukaouri Street to find the hamam. Built by the Venetians, they are the only Turkish baths still in operation in Greece today.

Discover the neoclassical landmarks of the city, built from the 1830s onward, during the time of King Otto, and throughout the remainder of the 19th century. Notable features include marble staircases, ornate railings, impressive doors and the intricate murals.

The lighthouse of Patras

It was the symbol of the Archaic capital. Each time a ship of foreign origin came into port, a sailor on board would wave their nation’s flag towards the lighthouse and, by way of greeting, an orchestra sounded out that country’s national anthem. The lighthouse was originally built at St Nikolaos harbour, where it remained until 1972, when it was demolished. A model of the lighthouse was built in 1999 a little to the south, near the church of St Andrew.

With Patras as your starting point, short breaks in beautiful places full of environmental and historical interest are yours for the taking in Achaia.

At the foot of legendary Mt Helmos, lies Kalavryta, an ideal destination for winter holidays since the ski centre there is one of the best organised in Greece. During your stay, don’t miss the chance to see examples of nature at its artistic best, such as the Cave of the Lakes or the plane tree forest in Planitero. There are also the many historic and religious sites, the Agia Lavra Monastery and Mega Spilaio (the Great Cave) being prominent among them.

Besides all this, what visit to this area could possibly be complete without a short trip on the renowned rack-and-pinion railway which crosses the uniquely beautiful gorge of the Vouraikos River? The route starts in Diakopto, a seaside village with beautiful beaches, from which you can also set out for great mountain day trips.

The second-most populated city of the prefecture, Aigio, offers a remarkable range of options for fun and relaxation on its mountain slopes covered in fir trees and its pristine beaches, like Alykia and Digieliotica.

Finally, in quiet and beautiful Akrata, you can soak up the sun on wonderful beaches and then take a dip in clear blue waters.

When a place is so well endowed with the trappings of nature – mountains, gorges, lakes and beaches – there are countless options for all you outdoor types. Horse riding, trekking, sailing and canoe- kayaking are some of the activities you can enjoy in the mountains and rivers, such as the Erymanthos. On top of that, you can go rowing and hiking in and around the lakes of Tsivlos and Ladonas, two aquatic oases nestled amongst the fir trees.

As for your summer swims, the beaches near Patra more than fit the bill with their golden sand and refreshing blue waters: Kalogria, Lakkopetra, Tigania, Psathopyrgos, Rodini, Arahovitika are just a few from a long list of sun and sea retreats.

A unique experience that the prefecture of Achaia offers is a tour around the renowned wineries of the area, where you can sample different wine varieties and buy interesting souvenirs.

#discovergreece
See the gallery
Morning views from the beach promenade of Patras
Jason Blackeye
The beautiful beach promenade of Patras, as the sun sets
Jason Blackeye
The Lighthouse of Patras was the symbol of the Archaic capital
Church of Agios Andreas, Patras
The castle of Patras in the Peloponnese
Patras lighthouse
Preparing for the Carnival of Patras
The joys of Christmas in Patra
View of the city centre of Patras from castle hill
The blue sea at the port of Patras
Patras is a joyfull-vivid city, full of young people
The stunning suspension bridge of Rio-Antirio
A walk around sights and attractions in the Upper Town, starts from Gerokostopoulou stairs 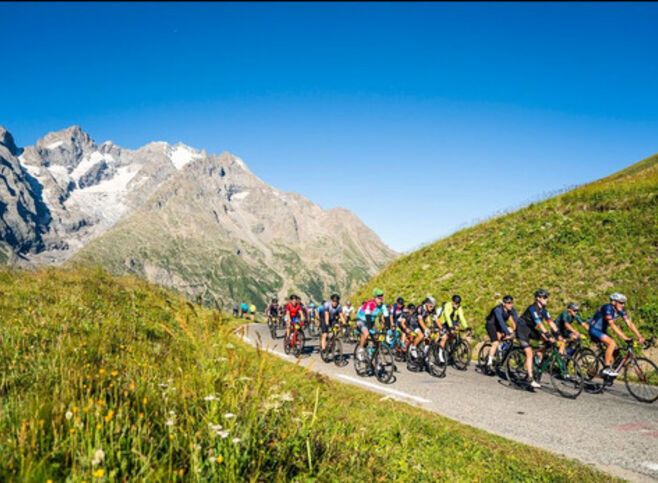 6 sailing destinations around the Peloponnese

With a seemingly infinite number of large and small bays and mythical destinations to visit, the Peloponnese provides an endless panorama of sights for those who sail around its shores.
SEE ALL
DESTINATION