The spectacle of the Odeon of Herodes Atticus in Athens 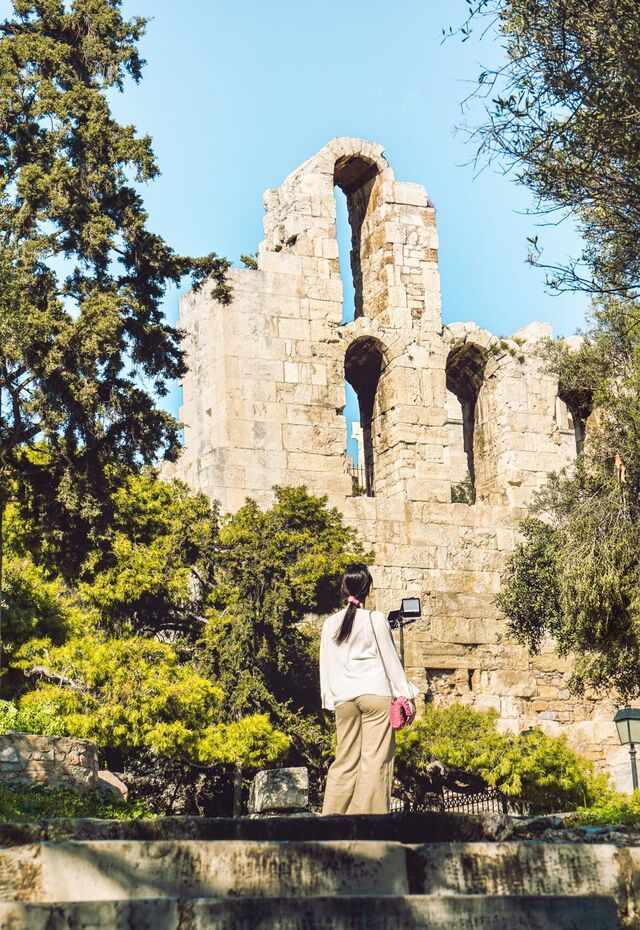 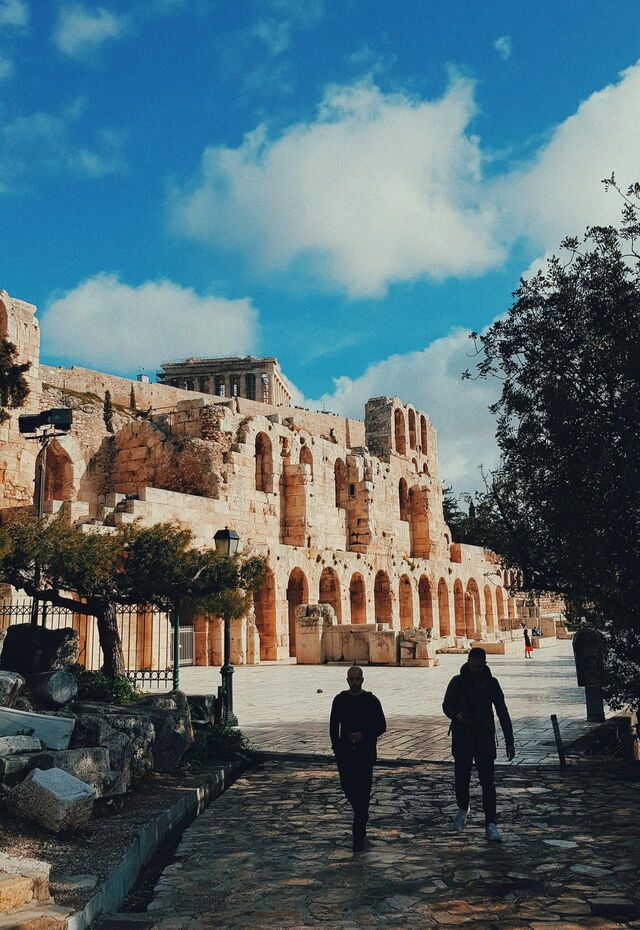 The Odeon of Herodes Atticus in Athens

Built by Athenian benefactor (and Roman senator) Herodes Atticus in around 161 AD as a memorial to his late wife, Regilla, the Herodion (as it’s commonly called) is one of the most striking Athens monuments and one of the world’s oldest functioning theatres.

There can be few better ways to enjoy the Athenian night sky than a musical or theatrical performance of the Athens-Epidaurus Festival, for which the Odeon of Herodes Atticus is the main venue.

It wasn’t always open-air, with the original three-storey façade of arches being closed in by a wooden and tiled roof, making it the most prestigious Roman-era theatre in ancient Athens and a landmark of the city, even in antiquity. However, the roof burnt down around a century after it was built and its condition declined over the centuries (especially during Ottoman times) – although that didn’t stop it from continuing to stage performances and public events, even during the wartime German occupation.

Its rebirth came in 1950, with a refurbishment project that included the reconstruction of the characteristically steep tiers of seating from Pentelic marble, taking the capacity to around 5,000.

The venue has since hosted some of the world’s leading performers – from home-grown divas Maria Callas and Nana Mouskouri to international legends Luciano Pavarotti and Frank Sinatra and pop icons Elton John and Sting. 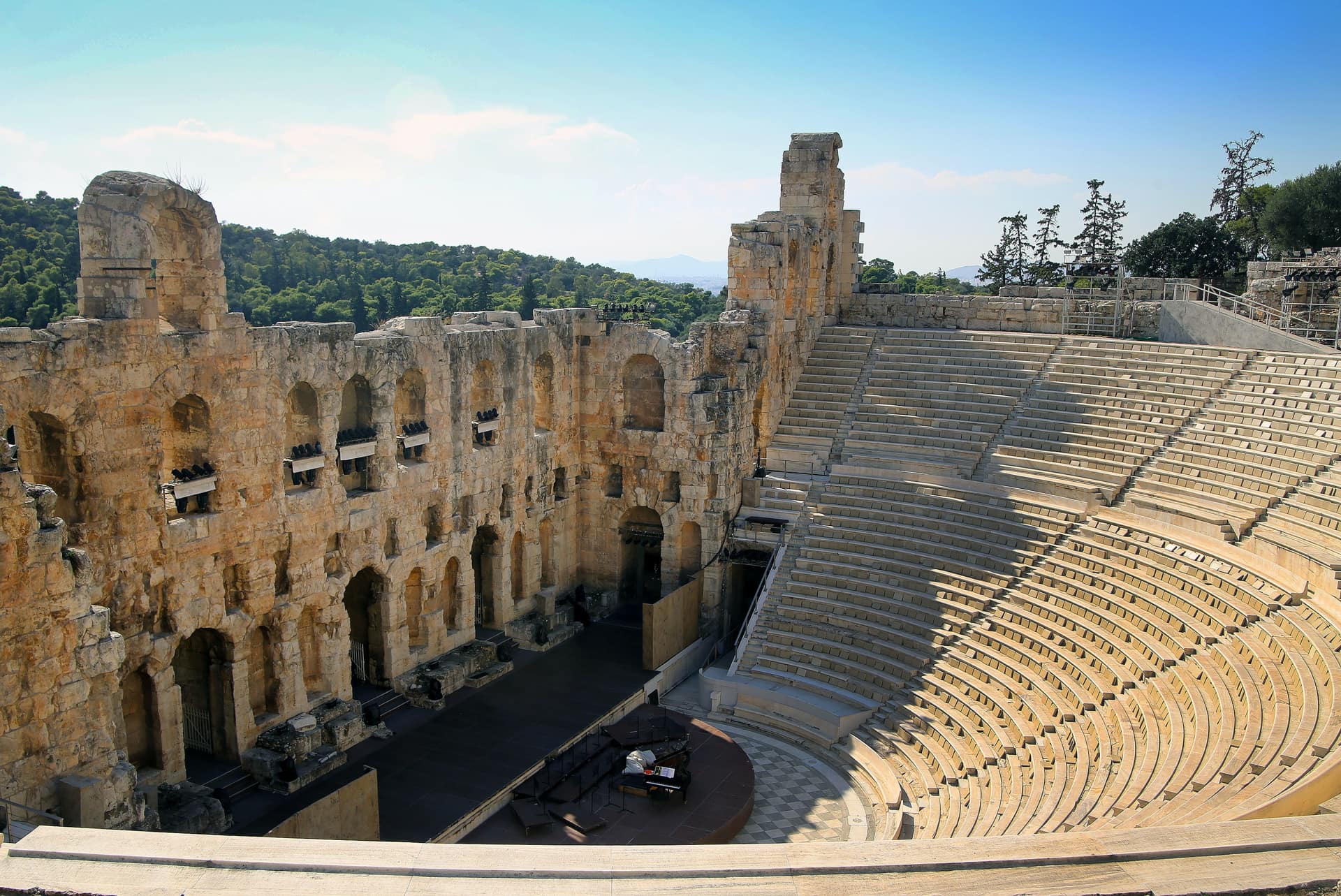 The legendary Odeon of Herodes Atticus
By Fernando Trivino 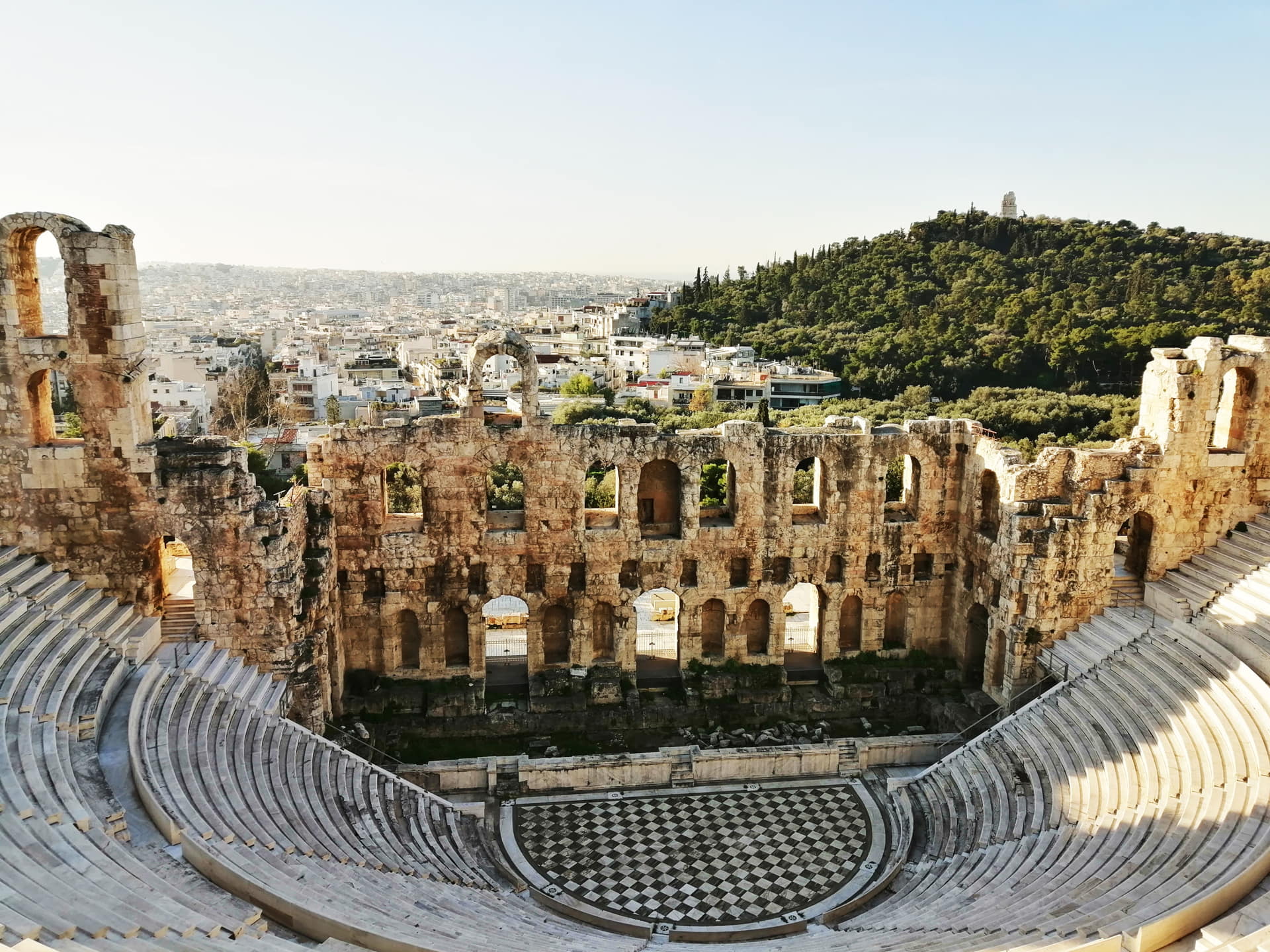 Group
Ride with us and discover all the must-see locations and hidden gems of Athens! Get an overview of the city center and enjoy the city...
Group
Join our Athens mythological tour & get to the heart of the ancient world by exploring Athens' landmark sites through timeless myths. Uncover fascinating stories...
Group
Beat the heat and the crowds by accessing the Acropolis early in the morning with your professional guide on this semi private walking tour.
EXPLORE ALL

Athens
from 198 €
BOOK NOW
VIEW ALL
Book your trip

Where is the Odeon of Herodes Atticus in Athens?

When is the best time to visit the Odeon of Herodes Atticus?

How long are shows at the Odeon of Herodes Atticus in Athens? 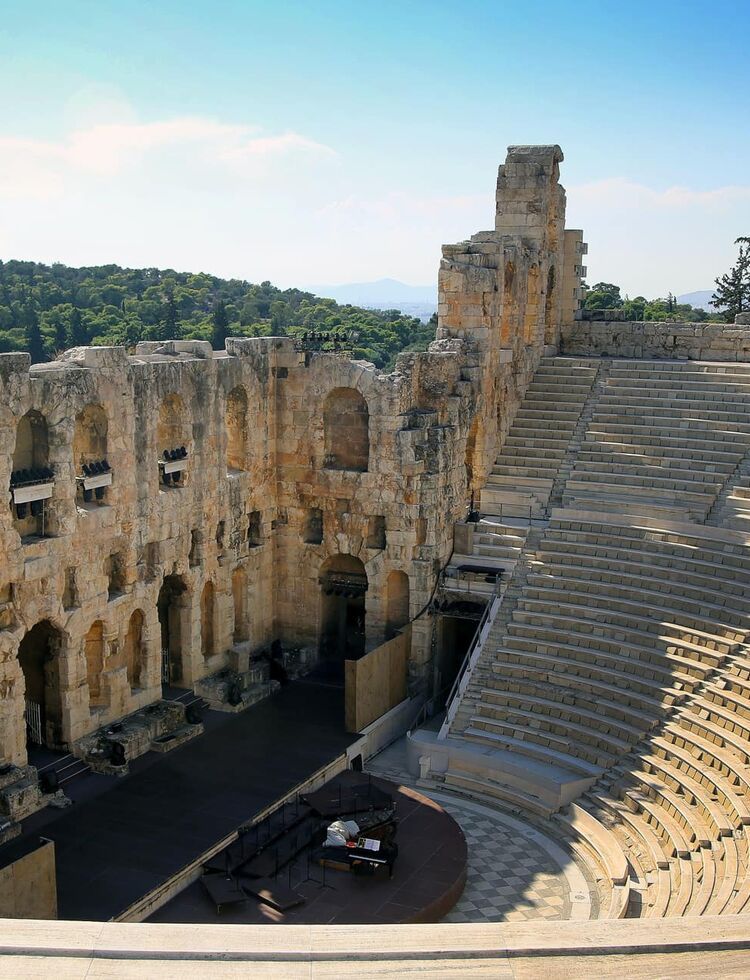 Use the bins provided (especially for chewing gum, which can damage the marble). If need be, take your rubbish with you.
Use a refillable water bottle to try to minimise your use of plastic.
The use of mobile phones and photography (with or without flash) or video recording are not permitted during a performance.
No pets (other than guide dogs) are allowed in cultural sites.
Read More Read Less

EXPERIENCE
A tour of the Archaeological Museum of Chania