The simple aristocrat in the Dodecanese 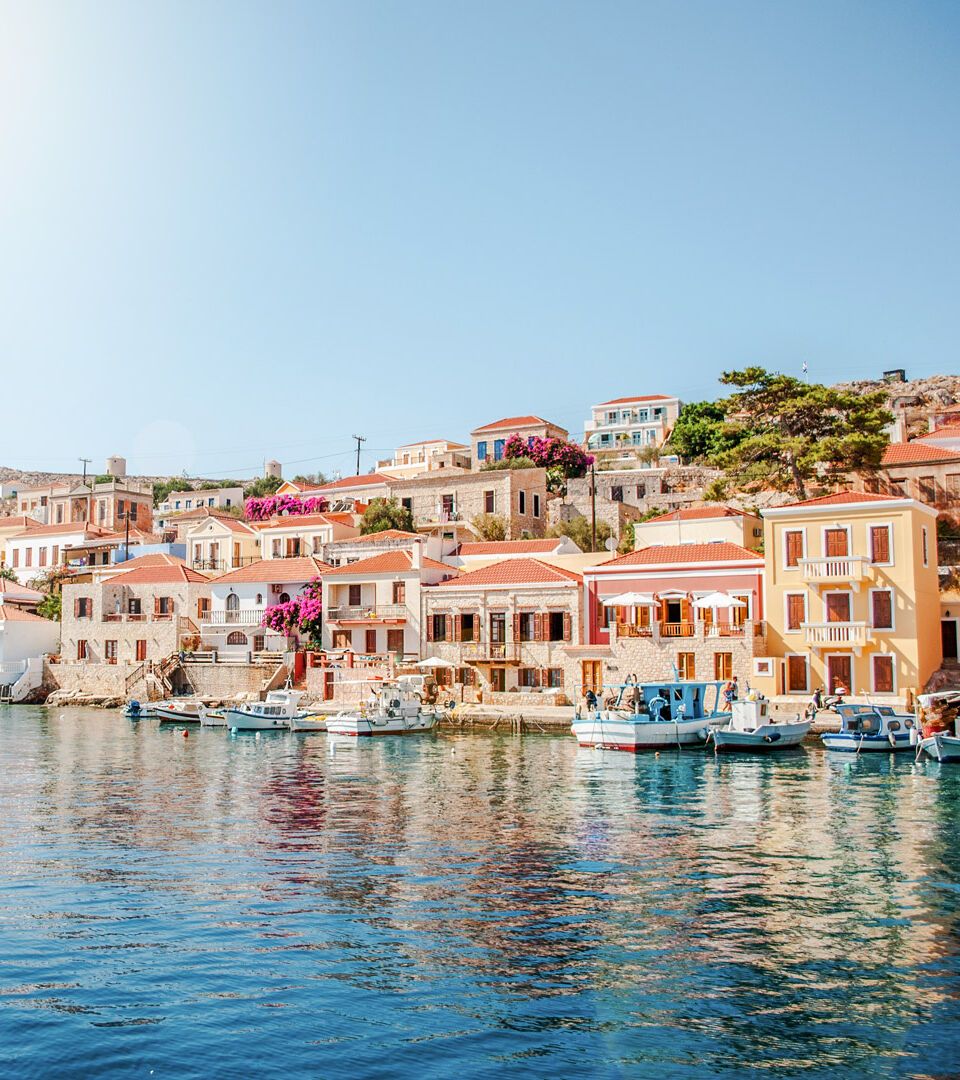 Halki, small though it may be, makes a big impression. It is obvious from the moment you cast your eyes on the smallest Dodecanese island’s gorgeous harbour (and only settlement), Nimporio. The absence of vehicles, the serenity and the romantic atmosphere enthrals you.

Everything moves at a relaxed pace, set by the laid-back attitude of the locals. You will enjoy walks in the stone-paved alleys, amongst stately homes and restored houses, coloured with a painter’s full palette; dive into limpid waters; take time out with ouzo and backgammon and savour the traditional food. And as for the people themselves, they stand out for their innate kindness, their respect their island and love of the slow life.

Things to do in Halki

Wander the alleyways of Nimporio

The sun-drenched two- and three-storey houses of picturesque Nimporio, with colourful walls and tiled roofs, look like little boats anchored in the bay.

Wandering through the alleyways, you’ll enjoy delicious smells from the ovens that every house seems to be equipped to bake bread and the famous makarounia of Halki, handmade pasta, laid out in the sun to dry. Ask a local to give you some prickly pears, fruit of unique taste found everywhere on the island.

Amongst the architecture, the church of Agios Nikolaos (the island’s patron saint) stands out with its steeple and the carved wooden icon screen, as well as its ornately paved courtyard with the traditional “hohlakia”, beach pebbles. And pause for a while at the town hall, an old stately home with its splendid clock tower.

Some of the island’s beaches are accessible on foot and others by caique from Nimporio. Pontamos is the most popular beach on the island with its sparkling white sand. Kania is a picturesque pebbly beach, as are Giali, Ftenagia and Areta, renowned for their azure waters. Trahia, a beach between two channels of water, can only be accessed by boat.

The Monastery of Agios Ioannis Alargas

“Alarga” means “far” and this monastery in Stafia is indeed some distance from both Palio Horio and the sea. You can get there after a 1.5hrs hike passing dry stone walls and huts, fragrant herbs and a scattering of fig and prickly pear trees. On August 29, the monastery throngs with pilgrims who come to take part in the biggest celebration on the island and are generously accommodated in the monks’ cells. Under the high cypress tree, they eat, sing and dance “sousta” until the morning.

Horio and the Castle of the Knights

Perched on a hill 2.5km from the harbour is Horio, the old capital of the island. Concealed in the ruins of the abandoned houses is the Glory of Halki. From the church of Panagia Horiani, with its exquisite curved masonry, you can follow the path that leads to the Castle of the Knights. Its interior is full of fascinating ruins and the Temple of Agios Nikolaos still stands with frescos from the 15th and 17th centuries. From the fortress, you can admire the wonderful view to the Karpathian sea.

Either by private boat or by caique from Nimporio, a day trip to Alimia, an islet in the sea between Halki and Rhodes, is well worth it. You will have your fill of swimming and diving in the blue waters of the large beach, while further inland you can find the ruins of the old hamlet and a saltwater lake.

In contrast to the stark mountainous landscape of the island, this monastery is surrounded by trees and affords a panoramic view. If you enjoy hiking, you can get to the monastery on the footpath starting from Nimporio and crossing Horio. From Palarniotis, starts a trail towards Agios Georgios Riskiou passing through the ruins of medieval churches and abandoned windmills.

Experience the best of Halki 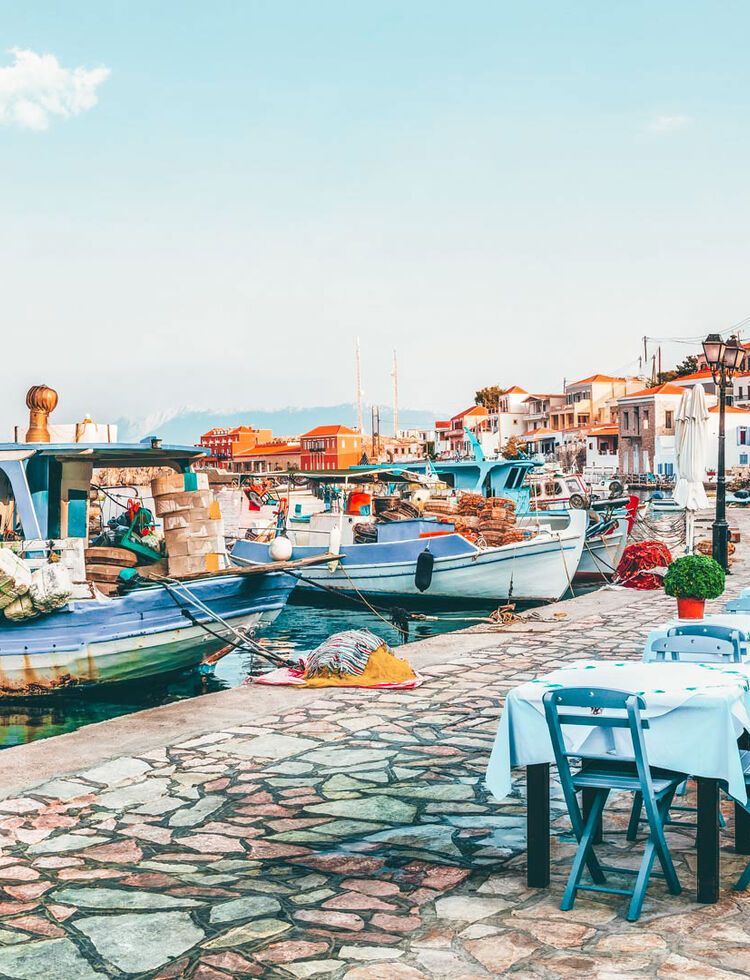 A boat trip to timeless Halki

#discovergreece
See the gallery
A walk around Nimporio will leave your heart brimming with peaceful thoughts and ineffable joy
Local fishermen preparing Halki shrimps, a delicious local delicacy
Colorful architecture in a street of Halki village, Dodecanese
Chalki Island, one of the Dodecanese islands of Greece, close to Rhodes
Amazing view of Halki Island
A view of the harbor, Halki
Fishing boats in the harbor of Halki