Akrotiri: the Pompeii of the Aegean. Skip-The-Line e-ticket with Audio Tour on Your Phone

Experience the prehistoric site of Akrotiri at your own pace with a skip-the-line e-ticket and a captivating self-guided audio tour on your smartphone.

Receive your ticket by email, download the app and the audio tour on your phone, prior to your visit, and travel back in time to experience the curious, spine-chilling history of the site of Akrotiri, frozen in time by the eruption of the Santorini volcano.

Put on your headphones and explore the layout of the prehistoric town, once buried under ashes, through the power of storytelling. Learn historical information about its affluent residences, known as Xeste, and little-known stories and anecdotes about the daily lives of its inhabitants. The content of the tour is the result of in-depth research, distilled into brief original stories that will make your visit both engaging and educational. The audio tour can be used repeatedly and at any time, before or after your visit.

This is an unmissable opportunity to gain valuable insights into the archaeology of a prehistoric residential space that has been literally frozen in time, providing a snapshot of life just before its residents decided to flee the increasing fury of the neighbouring volcano. As a result, you will relate to your surroundings in an entirely original way.

Square of the double horns (15 mins):

Akrotiri developed under the influence of the volcano and the maritime power of Knossos. This square takes its name from the Horns of Consecration, a typical Minoan symbol. The horns crowned the building whose façade overlooks the square. Discover the spot, paying attention to the door of the building behind the double horns and listening to the stories of the transformation of a poor village into a wealthy settlement under Minoan rulership.

A three-story building whose ground and first floors were used for storing goods and vessels became synonymous with eternal female beauty. Two extremely well-preserved frescoes depicting such timeless beauties were found adorning the first floor. The paintings give us a very rare glimpse of real fashion and beauty standards for ordinary women back in prehistoric times.

Telchines street could be a sort-of prehistoric Oxford street or 5th Avenue! It was the main road of Akrotiri and ran on a north-to-south axis, dividing the town into two halves. Listen to the stories about the Telchines, the mythical master metallurgists who gave their name to the street, and how it was connected to the harbours of Santorini, making it a truly cosmopolitan place.

Only one building was fit for the Great Goddess and her sacred animal. The sheer size of Xeste 3 made it ideal for the worship of the deity. Through the power of storytelling, re-imagine how this building must have looked whole, and learn about the Great Goddess depicted in one of the many frescoes surviving in this building. Piece together the evidence and take a shot at guessing what its function was, as this remains a mystery until today. 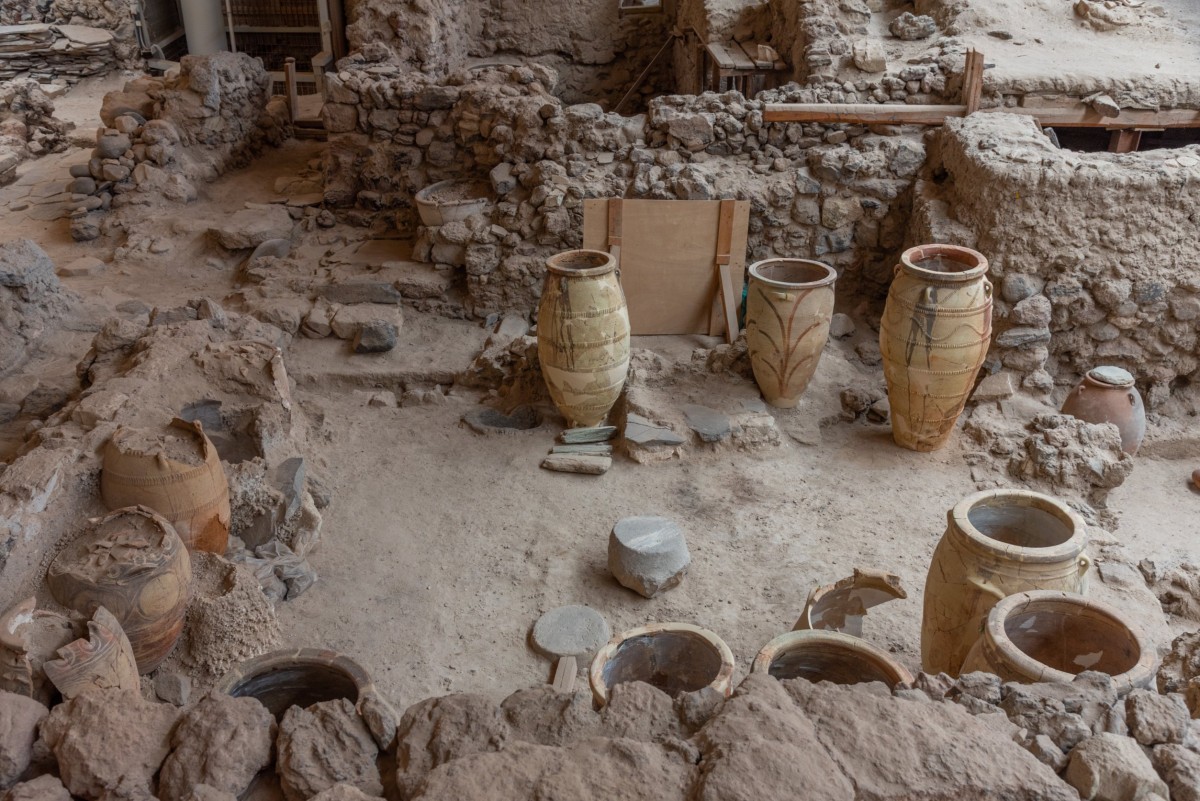 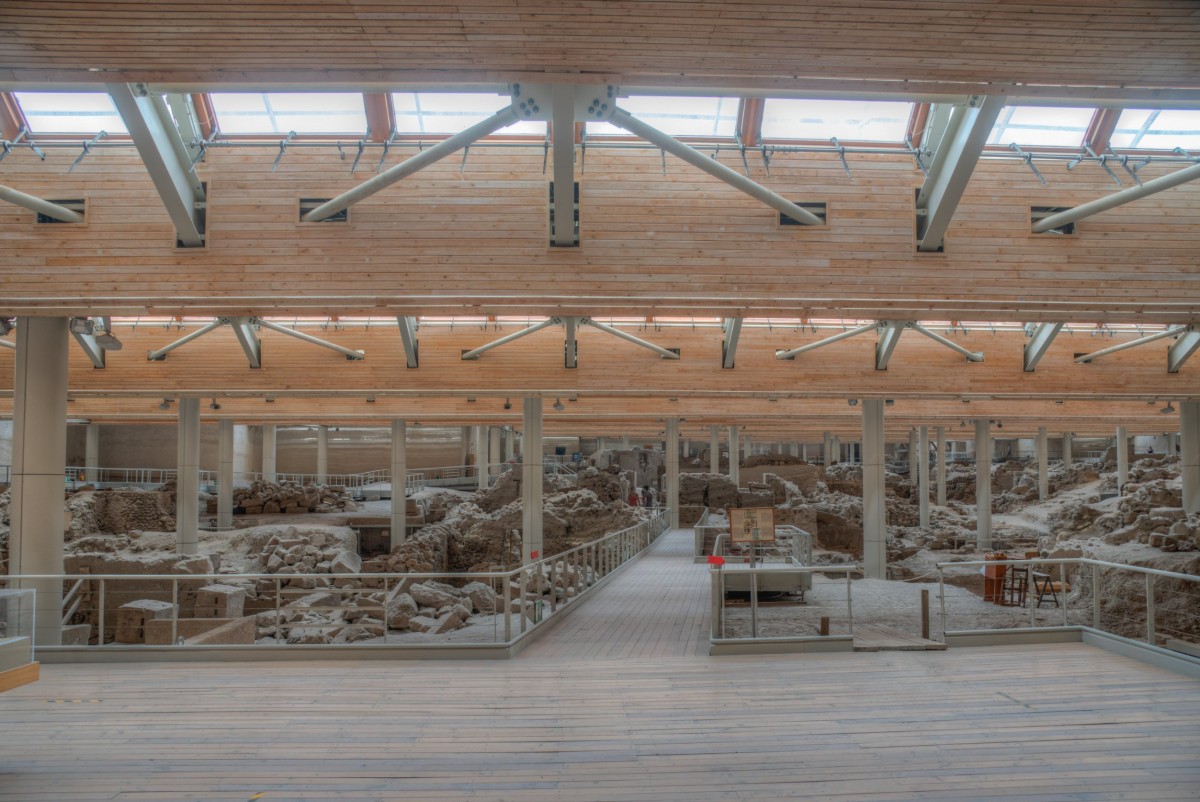 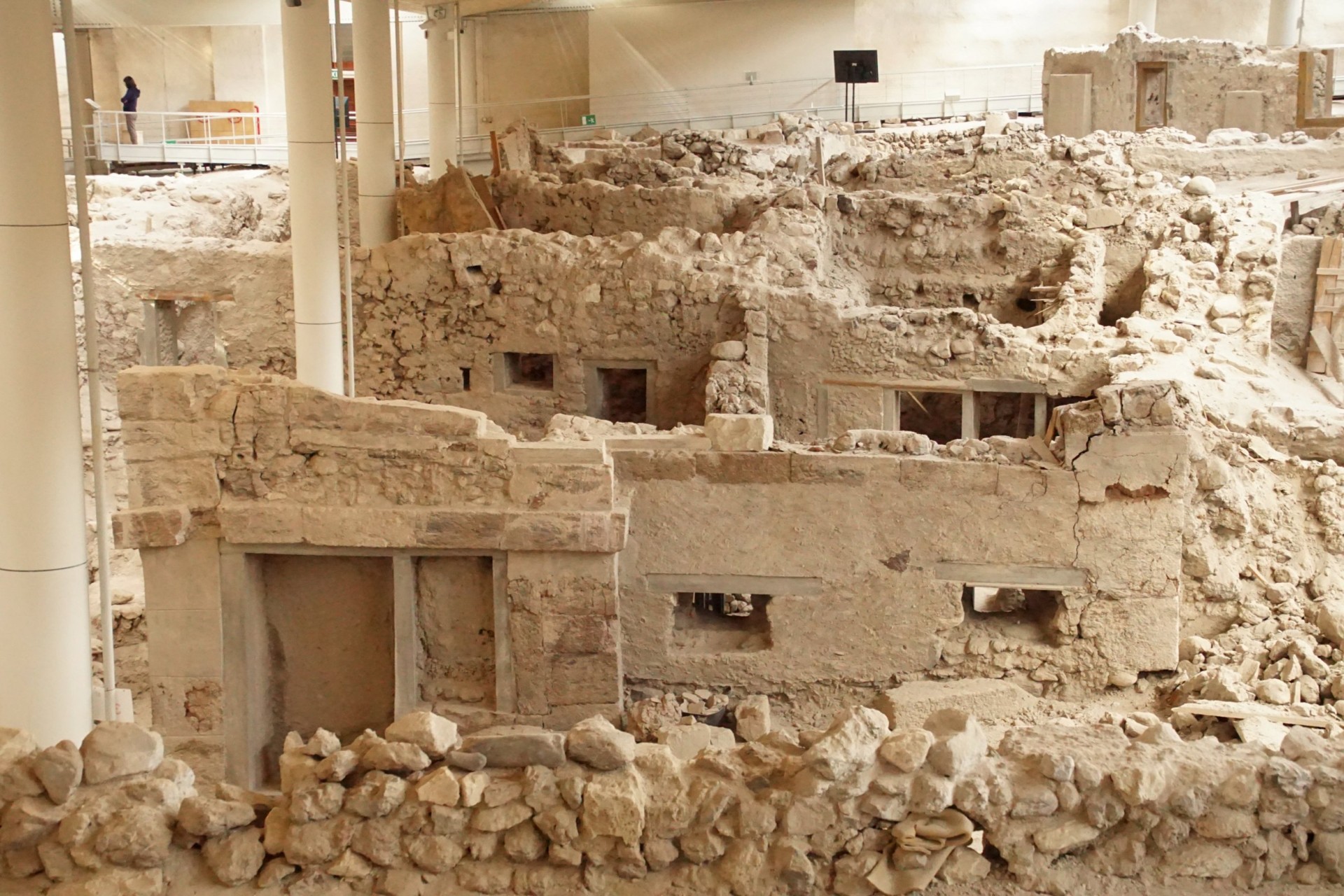 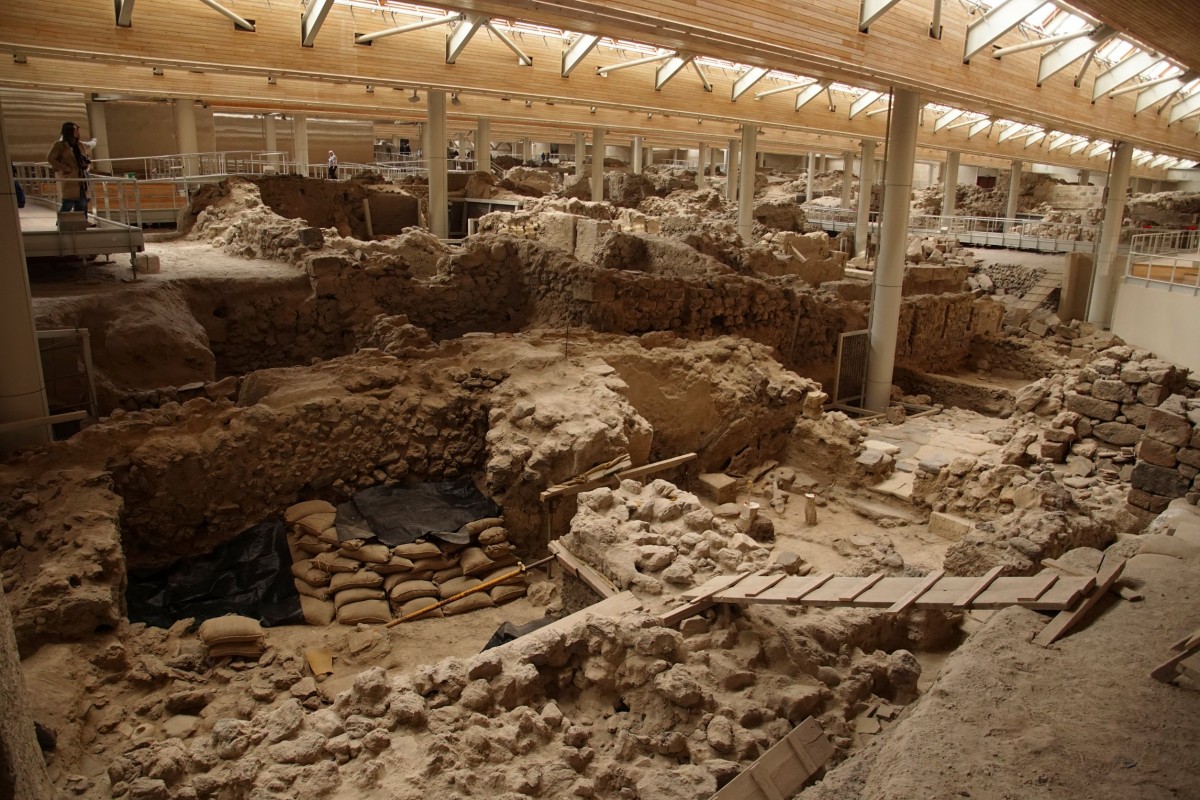 3.9
28 Reviews Ratings and review count are calculated from those on the most popular tours & experience provider platforms. If no rating exists, the supplier's Google rating is used.
70 minutes
Culture
by: Clio Muse Tours
from: 14€
from: 14€
BOOK NOW