A city escape with a riverside air in Thessaly 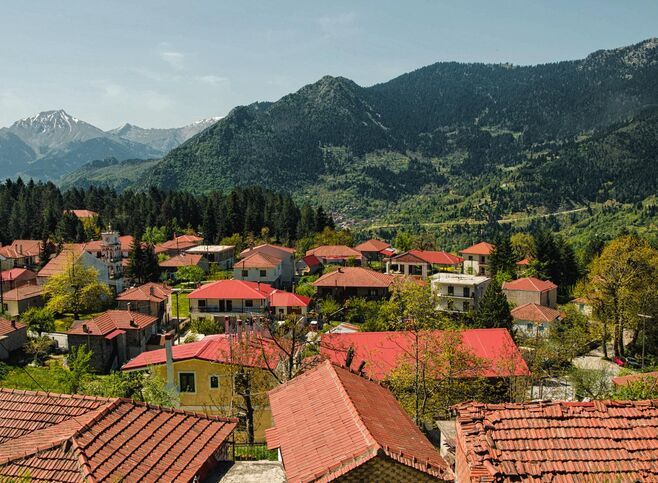 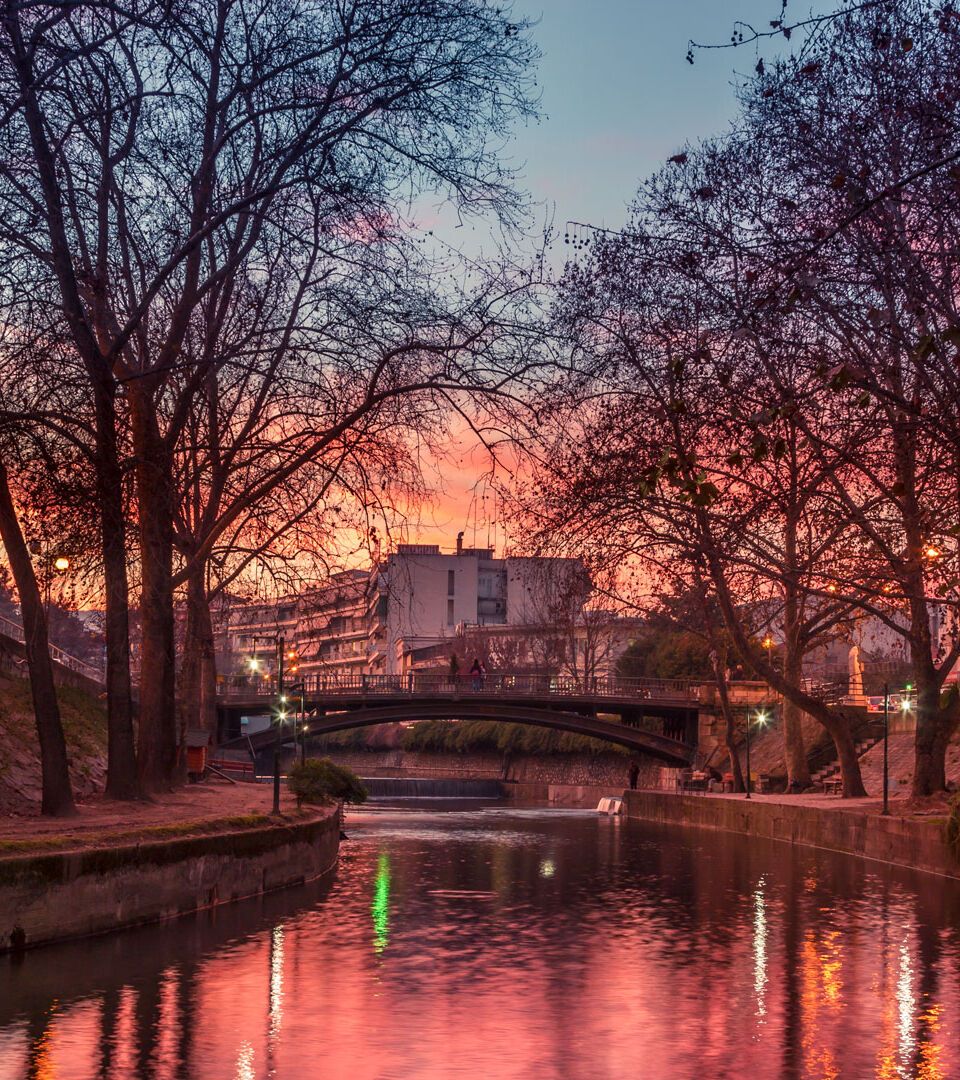 Here in the homeland of the iconic doctor of antiquity, Asclepius, a veritable treasure trove of cultural attractions await you.

In the homeland of the iconic doctor of antiquity, Asclepius, a veritable treasure trove of cultural attractions awaits you. That perfect selfie with a jaw-dropping panorama in the frame may be all the encouragement you need to make the climb to the town’s medieval fortress. But once there, you’ll be won over by the aura of the building itself. And the clock tower in the east, stubbornly defiant in the face of a considerable pummeling over the centuries, now makes a more sedate vantage point from which to enjoy beautiful sunsets.

A leisurely stroll around the town reveals the ornate architectural style of Trikala’s famed stately homes, as well as the older churches in the districts of Varousi and Palia Manavika, all commanding your undivided attention. And should you work up an appetite, the surrounding tavernas and cafe-bars are a tempting proposition.

Meanwhile, from the heart of this verdant landscape emerges a remarkable industrial monument: the Matsopoulos Park and Mill, the first flour and pasta producing factory in Greece. An imposing stone-clad structure, it will take you on a trip back to the days when mechanised production was taking its first tentative steps. Then comes a reminder of Greece’s ancient past at the Trikala Asclepeion. The next stop is Koursoum Mosque, one of the best-preserved mosques on Greek soil. Finally, the Kliafa Centre of History and Culture rewards you with a dazzling display of exhibits.

Nature combined with the urban landscape

Whether you have a romantic rendezvous or a quiet walk with a view of the Lithaios River in mind, the pedestrianised Bridge of Trikala is a cherished spot. The “green jungle” on the hill of Profitis Ilias is a surprise sweetened by the fact that it is so close to the city, while in the neighbouring zoo you will get nature with an exotic spin as kangaroos, lamas and deer lead the line-up!

The inhabitants of Trikala are well known for their eclectic palates! Here, Feta rules alongside other delights of the dairy – galotyri and mizithra (cheeses made mostly of sheep’s milk) and yoghurt. In a town with a long tradition for rearing livestock, it comes as no surprise that the Trikala sausage is reputed for its sublime taste, enhanced by herbs and spices from nearby Mount Koziakas – especially when washed down with a drop of quality wine or tsipouro.

With Trikala as your base, there are plenty of sights to enjoy in the surrounding area. Not least of which is Meteora, where giant slabs of granite shoot bolt upright from the ground. A wonderful, surreal spectacle in itself, but when you realise many are crowned by a monastery, you’ll certainly begin to doubt your senses. How did the rocks form in this way? How were the monasteries built in such a precarious position? Surely, a little divine intervention? Meteora is also a first-choice for hikers and abseilers who want to take on the challenge of this beguiling landscape.

Once you’ve got your breath back from Meteora, a visit to the Museum of Natural History and the unique Museum of Mushrooms in Kalambaka is essential. Naturally, this includes a mushroom hunt in the forest, followed by some invaluable cooking tips.

In Elati, named after the Greek word for fir tree, you can expect nothing less than a majestic alpine landscape. Mere minutes away is picturesque Pertouli, with idyllic scenes of red stone roofs and horses roaming freely in the meadows, as well as the villages of Pyli and Neraidohori, waiting to reveal their charms.

Book your trip
See the gallery
The 17th century clock tower within the medieval fortress of the old town Varousi Trikala
Elati, named after the Greek word for fir tree, you can expect nothing less than a majestic alpine landscape
Paleokarya, old, stone, arched bridge, between two waterfalls
With Trikala as your base, visit Meteora masterpiece
George Kaleadis
Christmas in Trikala
View of the city of Trikala
Picture perfect. The town of Kalampaka
The stone bridge in Pyli, Trikala 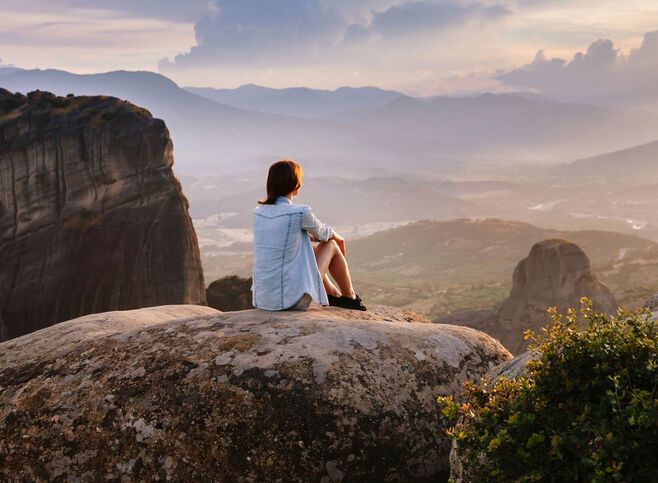 9 awe-inspiring things to do in Meteora

Have you seen the epic Meteora monasteries? Well, what if we told you that visiting them was only the start of the things to do in Meteora? Here’s why. 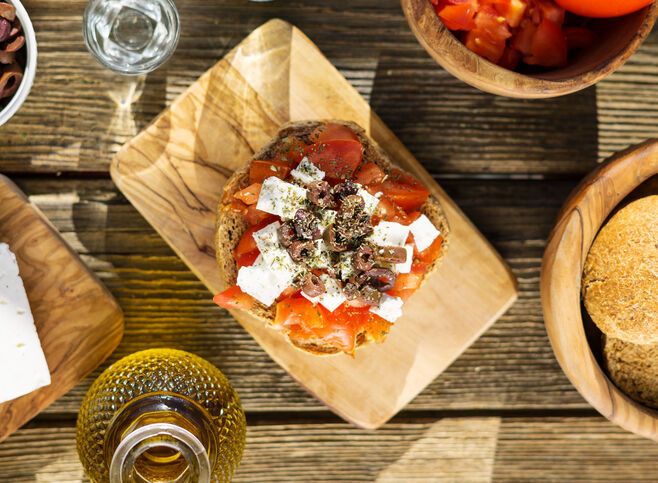 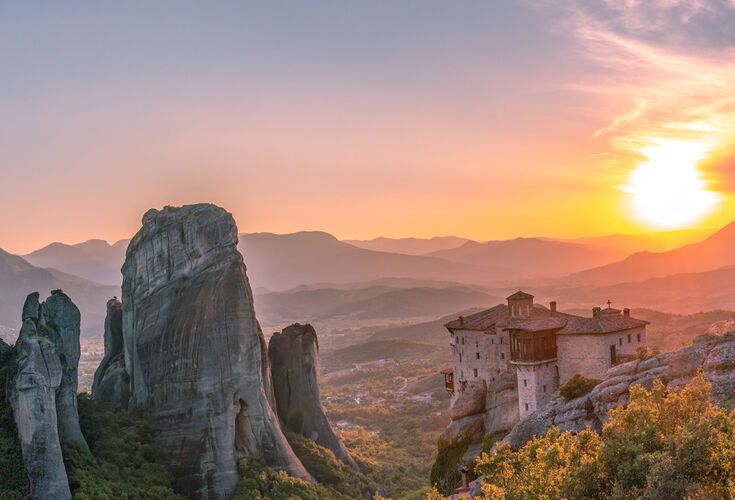