The island whose herb-scented breeze blows away your cares 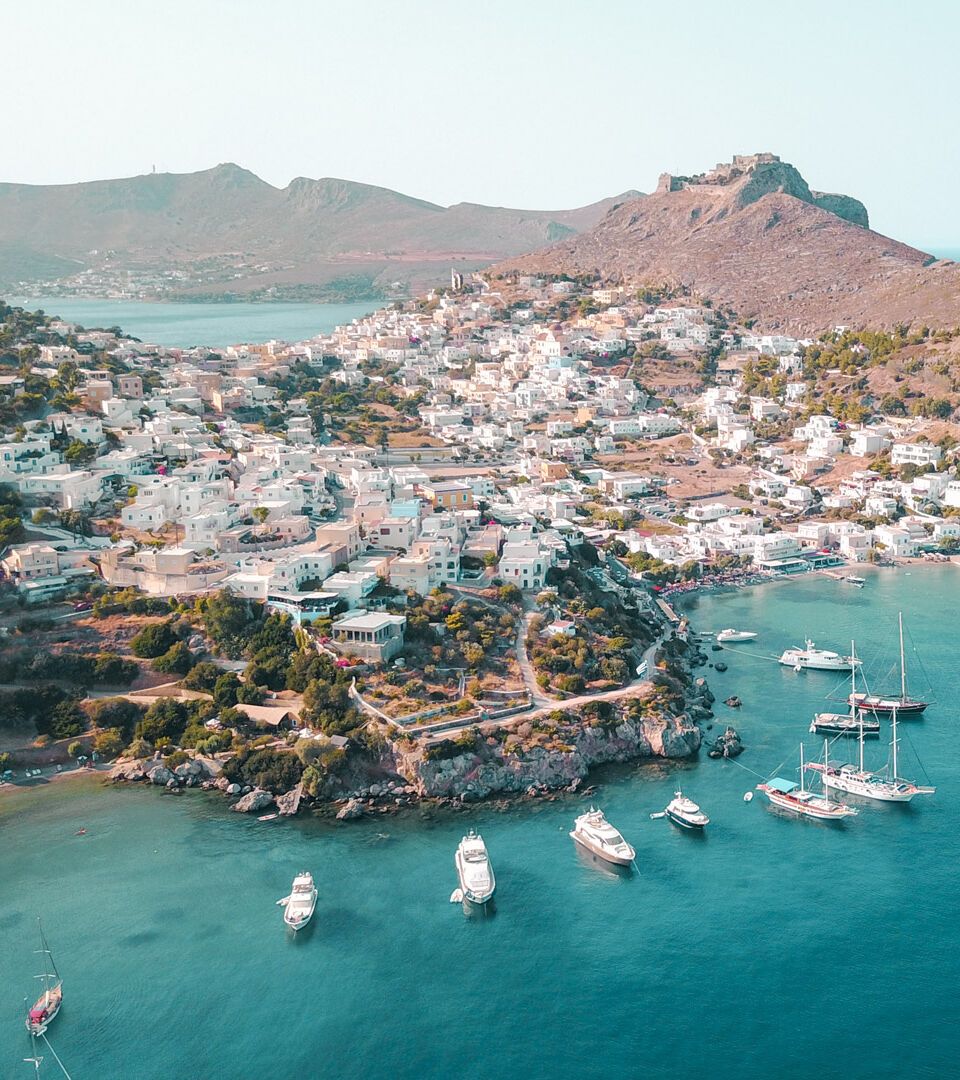 This corner of the Aegean Sea, where song and rhythm, sun and sea coexist harmoniously, was chosen by the goddess Artemis to build her throne. And ever since, people have added castles, temples, monasteries and homes, which appear to blend in with the natural environment and historical heritage. There is a special, preserved character to the architecture of this island in the Dodecanese.

Wherever you look, your eyes are greeted by beautiful sights. Low-lying hills inscribe shapely lines along the horizon and verdant planes reach languidly for the sea. And the Aegean seems to cartwheel into coves, bays and harbours sheltered from the winds. This is Leros, an island where the herb-scented breeze will blow away all your cares. Modern facilities, beautiful beaches with numerous options for water sports and memorable cultural attractions combine to offer an unforgettable holiday.

Things to do in Leros

Dotted all over the island are settlements that stand out for their simplicity and the way they blend with their natural environment.

Traditional residences, stately homes and Italian buildings in ochre and terracotta form a harmonious architectural ensemble in the village of Agia Marina. You’ll adore the view to the entrance of the large bay, which forms a natural harbour, and the windmill that seems to float in the sea.

This is the capital of the island. Along the ridge of the hills, a cluster of windmills gazes out at the sea. Without a doubt, Platanos a place where the view of the Aegean will keep you sipping at your coffee a little while longer.

With an atmosphere of its own, this fishing village of Panteli is rightly considered to be one of the most picturesque spots on the island. A little gift to the sea, it welcomes fishing boats as well as pleasure craft with the simplicity of its beauty.

The main port of the island is set on gentle, rolling downs. Neoclassical buildings on one side and whitewashed houses on the other create a remarkable composition of shapes, colours and textures, which has architects and artists purring with appreciation.

To the north-east of the island is a castle that dominates the skyline like a sleepless guard, keeping vigil over the entire region of the Aegean, from Patmos and Kalymnos and beyond. In the castle, you will find the church of the Holy Mother, which celebrates its August 15  feast day in style, as well as a church museum with various sacred objects. From here, you can climb to the beautiful neighbourhoods of Platanos. The view is something else!

A network of subterranean and above-ground former ammunition depots constitute a fascinating museum that will catapult you through a history of local combat.

A picturesque church built on an islet connected to the mainland by a small strip of land, as photogenic as the many couples who have tied the knot there.

If you like scuba diving, the sea around Leros boasts a rich ecosystem, caves and a few World War II shipwrecks. Equip yourselves accordingly and dive into places where the clock has stopped and the Aegean has quietly gone about its business of preserving the past.

The freshest fish, delicious local meat and aromatic mountain herbs are the basic ingredients that make up the cuisine of Leros. Make sure you try patsavouropita, the local version of yiaourtopita (Greek yoghurt cake) and quench your thirst with a local beverage known as “gavafa”.

One of the most delightful and picturesque churches of the island is near Ksirokampos village, built on a rock on the coastline. 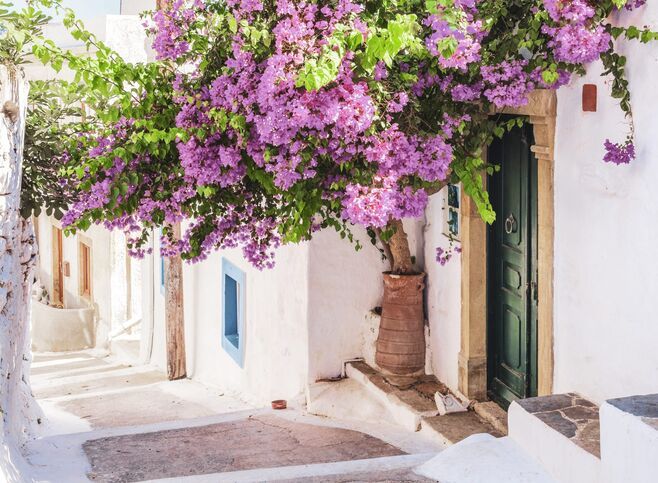 Discover 12 unforgettable things to do in Leros

Looking for a Greek island lost in time? Well, check out our things to do in Leros, including exploring fishing villages, traditional food, castles, a unique Italian heritage…and of course plenty of beach time 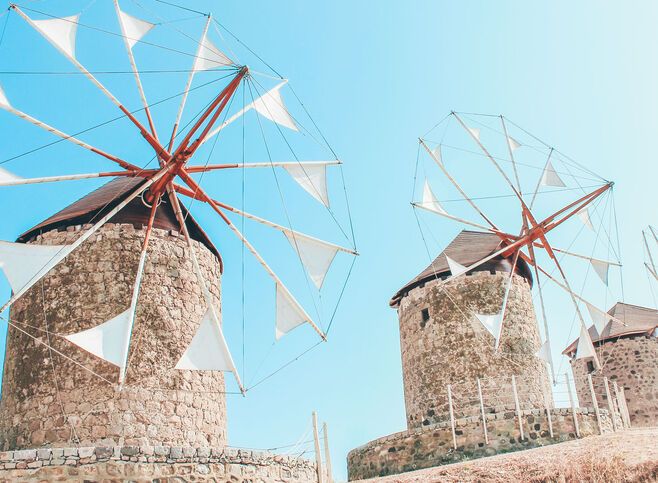 The Dodecanese: An island chain made for hopping

From Rhodes and Kos to lesser-known Karpathos, Astypalea, Leros and Patmos
SEE ALL
DESTINATION