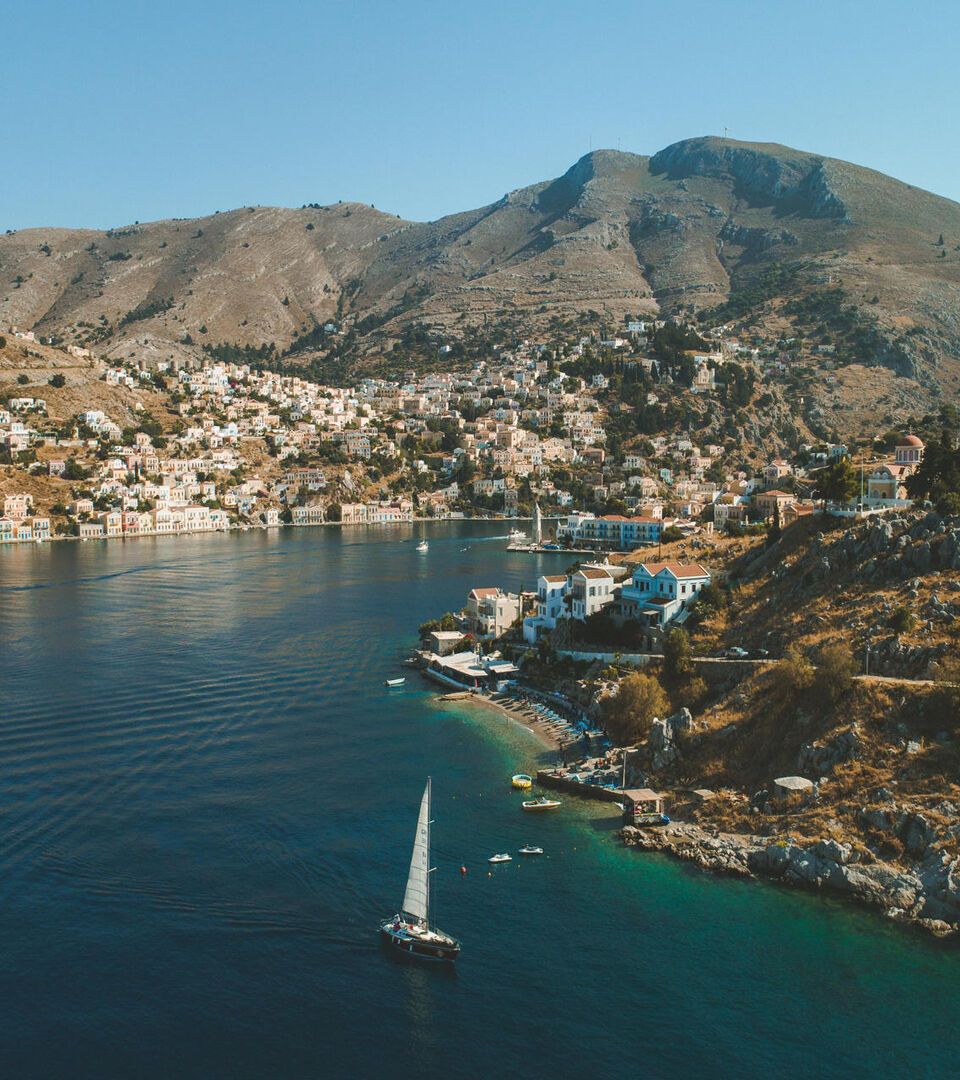 Today
8°
SUN
7°
MON
6°
TUE
7°
WED
8°
With its sophisticated ambience and period architecture, Symi promises a different island experience on the edge of the Aegean, filled with aristocratic charm

You know you’ve arrived at a special island when you reach Symi… so close to bustling Rhodes and yet such a contrast in character. What you may not know is that Symi, in the Dodecanese, ranks as the perfect destination for those seeking a holiday with style that combines cosmopolitan flavour with old-world glamour. It’s an island rich with history and culture, with expensive yachts in the harbour nestled alongside bobbing sailboats.

Whether you arrive at Gialos by ferry or cruise ship, you’ll be welcomed by the imposing homes of this multicoloured, listed neoclassical settlement. In its tavernas and restaurants, you’ll sample the famous Symi shrimps. While on the other side of the island, you’ll light a candle and say a prayer at Taxiarchis Michael of Panormitis, the monastery that houses the icon of the famous miracle worker. Welcome to Symi!

What to do on Symi

Ochre, salmon, red, blue, turquoise, grey… The stately neoclassical buildings at Symi’s port, Gialos, preserve the colour and glamour of the island’s glorious past. A place that looks as if it was taken straight from the pages of an old book, its many sights and attractions include the Timiou Prodromou Monastery (founded in 1838), old Customs House, Fish Market, stone bridge, statue of a young fisherman, Clock Tower (built in 1881) and the old boatyard in Harani.

No fewer than 500 steps guide you from Gialos to Horio, in Ano (Upper) Symi. It was once the only way to get from one town to the other. Now, as you make your way up, imagine the old days when you’d pass well-dressed ladies in crinolines and gentlemen in tails. This is Kali Strata, boasting lavish homes and boutiques in what is the wealthiest and most beautiful part of town. At the top, an outdoor cafe awaits like an oasis. From here, watch the setting sun bathe Gialos in its technicolour glory.

You’ve arrived at Horio (meaning village) and now, with the locals as your guide, a fascinating journey through local history is about to begin. It includes Spetsaria, the old community pharmacy with its glass containers and late 19th-century architectural splendour; the impressive Hatziagapitou-Hatzioanou mansion; and the Farmaki mansion, which houses the Archaeological & Folklore museum. After you’ve stocked up on culture, stroll through the cobblestone streets to the Kastro and take in the view of the Aegean.

The Monastery of Taxiarchis Michael Panormitis

Famous for its miracles, Panormitis is a major pilgrimage site. Devotees queue to get into this monastery, which seems to exude its own mystical energy and has existed since the 15th century. The icon of the Archangel Michael (the patron saint) is considered miraculous. Feel like staying the night? The monastery rents out some of its Spartan rooms.

The most famous and traditional dish in Symi. Small and flavourful, you’ll eat them fried in the tavernas of Gialos and Horio.

Sponge-diving and other underwater stories await you at this museum, which is housed in an impressive neoclassical building in Symi’s old shipyard. Put this towards the top of things to do during your holiday on the island.

Set sail for the beaches of Symi

Day cruises will take you to whichever beach you chose. Whether it’s Ai-Giorgi, Dysalona, Agia Marina, Nanou or Fokospilia, you’re bound to have a wonderful time. And, as Gialos recedes into the distance, you can take a last admiring glance at all its neoclassical splendour.

Experience the best of Symi 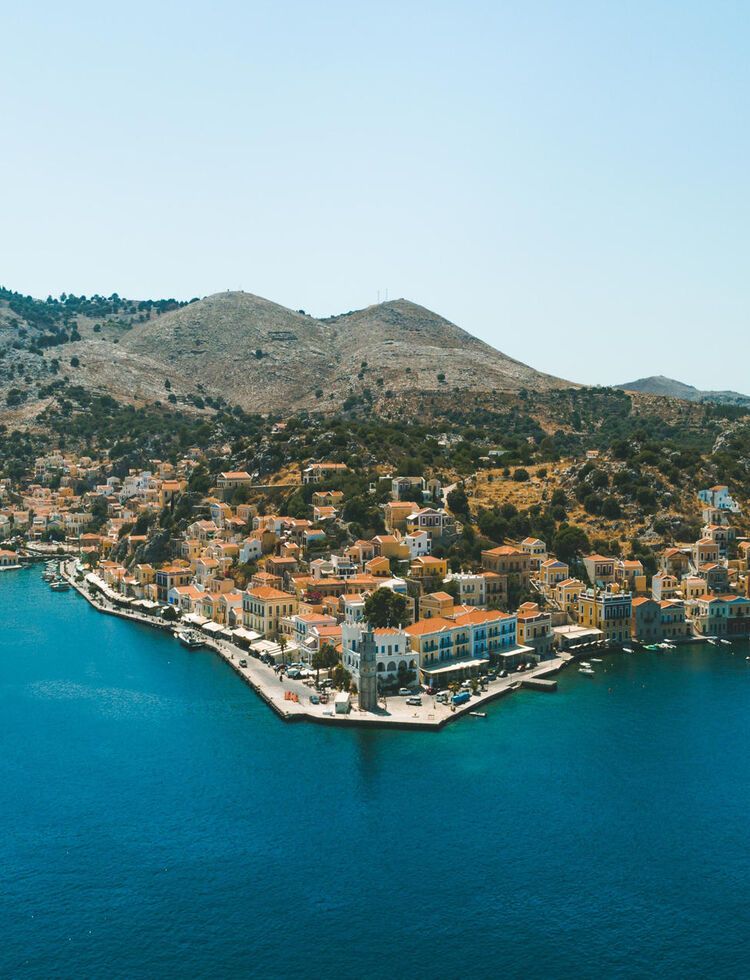 #discovergreece
See the gallery
Take a look around you… at the generously-laid out tavernas and those houses rising theatrically up the hillside towards the Upper town
A stroll around Gialos
Enjoy the local cuisine by the sea
Before you head anywhere else, make sure give the port the time it deserves
There’s an Old World grandness to the multicoloured mansion houses within and above the port
Aerial view of Symi island
Symi ranks as one of the most popular summer destinations in the Mediterranan for those seeking a holiday with style
Bird's eye photo taken by drone of Yalos, iconic port of Symi island, Dodecanese
Panormitis monastery, Symi island, Dodecanese
Arriving at Gialos, Symi’s main port imprints itself into your memory like a photograph.
Appreciate the colours and grandeur of the mansion houses rising up the hill in Gialos
Symi port
Vlad Kiselov