The Museum of Ancient Corinth was built in 1932 to house the numerous objects brought to light by the archaeological excavations. Its construction was undertaken by the American School of Classical Studies, thanks to a donation of Ada Small Moore.
View on map
See the gallery

The archaeological site of Ancient Corinth lays on the northern foothills of the Acrocorinth hill, around the Archaic Temple of Apollo. Extended excavations and have brought to light the Roman Forum, temples, fountains,porticoes, baths, latrines and various other monuments. The investigations extended also to the fortress on Acrocorinth, tto the south of the organized Archaeological Site, as well as to the north, were prehistoric settlements suchas that on the Korakou hill, at HagiosGerasimos, Gonia and Gyriza were brought to light. To the south of the organized Archaeological Site excavations revealed the Theatre, the Roman Odeion, the temple of Asclepius and Hygieia (Asclepieion), cemeteries, the Potter’s Quarter (Kerameikos), Roman Baths, the walls of the city and many more other building, such as the Frankish Area and a substantial number of Venetian and Ottoman monuments.
Limited excavations were conducted in 1892 and 1906 by the Archaeological Society of Athens under the direction of A. Skias. The systematic excavations of the area, initiated by the American School of Classical Studies in 1896, are still continuing today.The site of ancient Corinth was first inhabited in the Neolithic period (6500-3250 B.C.). It is located at the northern base of the hill of Acrocorinth at the site of today’s agglomeration, Ancient Corinth. Its fertile soil but mainly its strategic location at the intersection of land routes from the Balkan peninsula of Aimos and mainland Greece on towards the Peloponnese and waterways that connect the western Mediterranean to its Eastern counterpart, to Asia Minor and to Syro-Palestine, offered the region from very early on enormous potential for communication, growth and prosperity.

The Museum of Ancient Corinth was built in 1932 to house the numerous objects brought to light by the archaeological excavations. Its construction was undertaken by the American School of Classical Studies, thanks to a donation of Ada Small Moore.

The building was designed by Stuart Thompson, following the architectural model of the “Chicago school”. The west wing was added later, in 1951. Museum spaces were organized around two atriums, which give a unique character to the building.

During 2007-2008, works were undertaken in order to upgrade the Museum, through funds of the 3rd CSF. The two galleries containing the prehistoric collections and the finds from the Sanctuary of Asklepios were renovated at this time.

In 2015, large-scale works were completed in the east and south wing. These areas now host a new exhibition on ancient Corinth, from the Geometric Period until its destruction by the Romans, in 146 B.C. This project was funded by the 2007-2013 NSRF.

The exhibition “Corinth, a Roman colony” includes an important number of sculptures and interesting mosaics from roman villas of the Colonia Laus Iulia Corinthiensis, as well as certain objects – mainly glazed plates – from the Byzantine era of the city, as well as from the Frankish rule.

The same area also houses the exhibition section entitled ‘Return to the homeland’, which presents 274 repatriated ancient objects which had been stolen from the Museum in 1990 and were traced to the USA ten years later.

The Museum’s Atrium, as well as the semi-open air spaces of its two perimetric stoas exhibit sculptures, reliefs, Greek and Latin inscriptions from Ancient Corinth, as well as elements attesting to the presence of the Judaic community in the Roman city.

More information on the tickets

A parking area is available for cars and buses near the Archaeological Area. 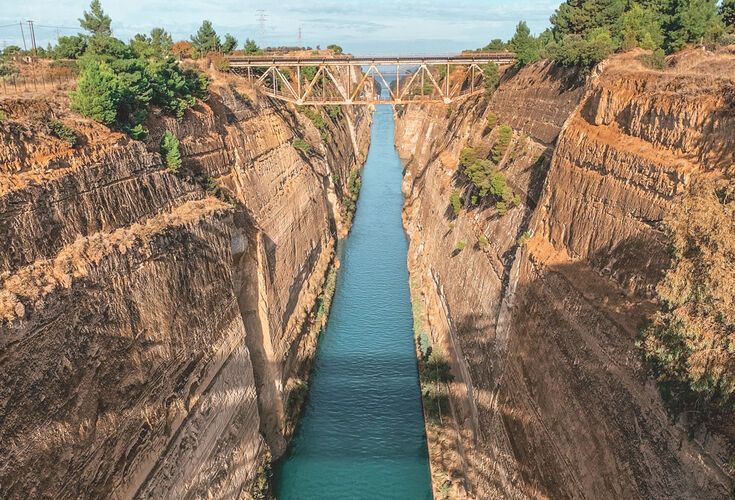