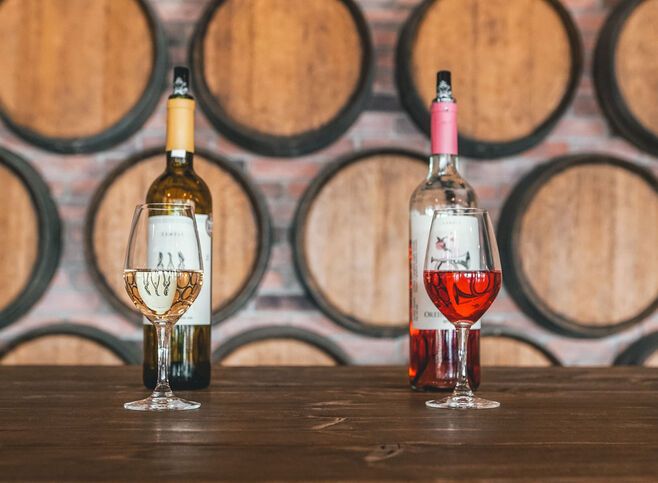 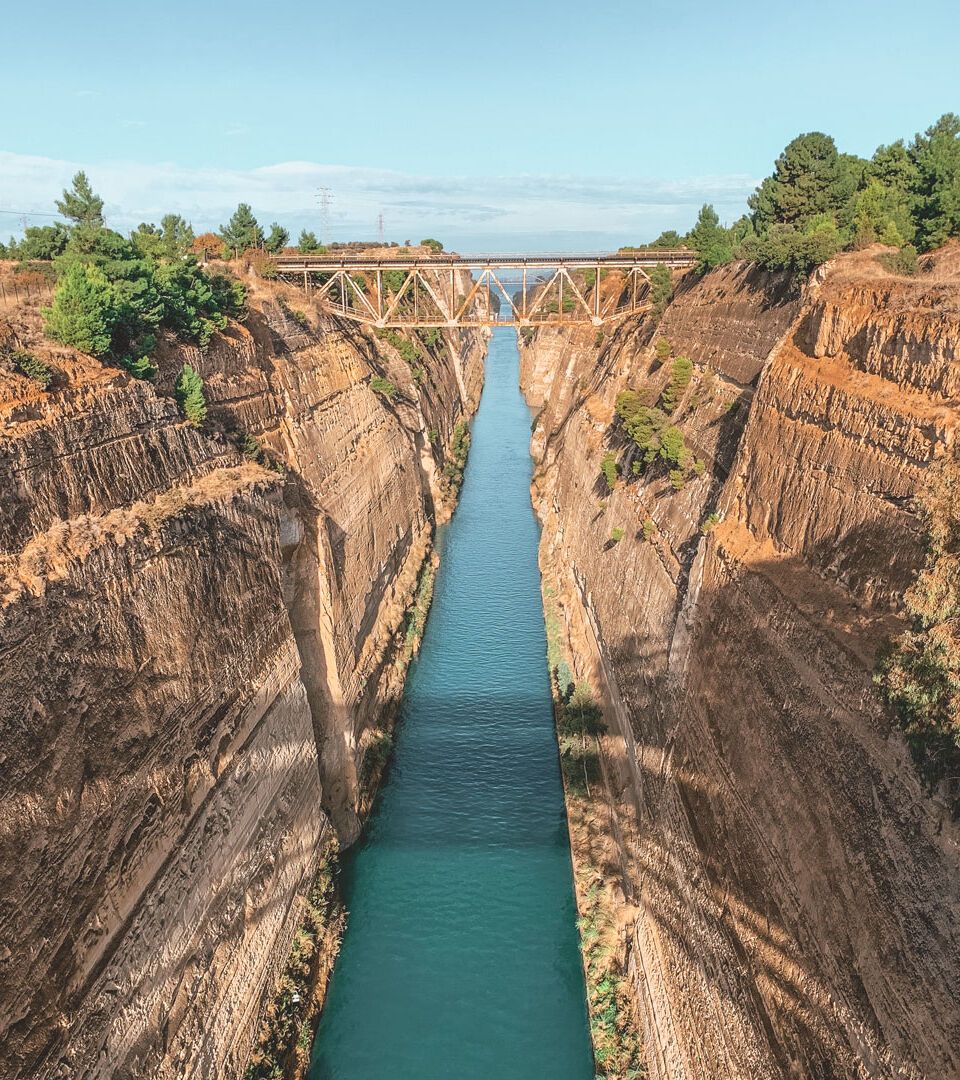 Through its long history, Corinth has been blessed and cursed by its position at the crossroads between mainland Greece and the Peloponnese and between the Saronic and Corinthian gulfs. Its commanding position generated great wealth and attracted powerful enemies. Today, it’s also a crossroads in time, allowing you to explore ancient ruins and taste the fruit of the fertile land. There’s also a modern city to get to know and a new way of testing your courage on the famous canal.

What to do in Corinth

An ancient dream made real

How to avoid circumnavigating the entire Peloponnese when you’re blocked by a narrow spit of land? Well, under Periander in the 6th century BC, the ancients cut out a slipway that allowed ships to be dragged overland, but it took a lot of muscle power. Having improved the port, Periander also envisaged a canal but nothing came of it, setting a pattern of failure that dogged the efforts of Nero, Caligula, Hadrian, the Byzantines and the Venetians. The canal finally opened in 1893 after 11 years of digging. Six kilometres long, it slices through cliffs 90m high and is a perennial favourite with sightseers.

A long and tumultuous history is recorded in the walls of nearby Acrocorinth. In Ancient Greece, the high city was dedicated to the worship of Aphrodite, the goddess of love, but its massive fortifications attest to the fact that many of its visitors over the years have been far from what you would call affectionate. Bloody battles, sieges and dozens of heroic legends mark Acrocorinth’s millennia-spanning history. If you listen carefully, you can still hear rousing calls to arms echoing through the walls.

Nemea in myth and reality

Hercules killed his lion here, the Panhellenic Nemean Games of Ancient Greece were held here, and grapes have been cultivated on the slopes and valleys of Nemea for at least three millennia.

Fruit of the land

Corinth’s mild climate and fertile soil combine to produce big flavours in small packages, the raisins and currants of Corinth are legendary (you may see them being sun-dried around you) and another gift of the vine is the Agiorgitiko variety of grape that produces the area’s signature deep red wines, traditionally known as ‘Hercules’ blood’.

Your heart’s pounding as you stand on the edge, about to jump off with only a slim cord linking you to safety. The vertical sides of the canal seem to converge, making your target look very narrow. Will you dare or will you chicken out? And if you need an extra rush, the cord can be adjusted to dip you in the sea. The Peloponnese has the ability to surprise and amaze – and the Corinth canal is proof of this!

Lake Stymfalia, the ecology of a myth

Hercules and the sixth feat. According to Apollodorus, the mythical hero slew the Stymfalian man-eating birds with bronze wings and beaks that inhabited the marsh. Nowadays, equally rare birdlife frequents this wetland, with over 130 species recorded.

Experience the best of Corinth 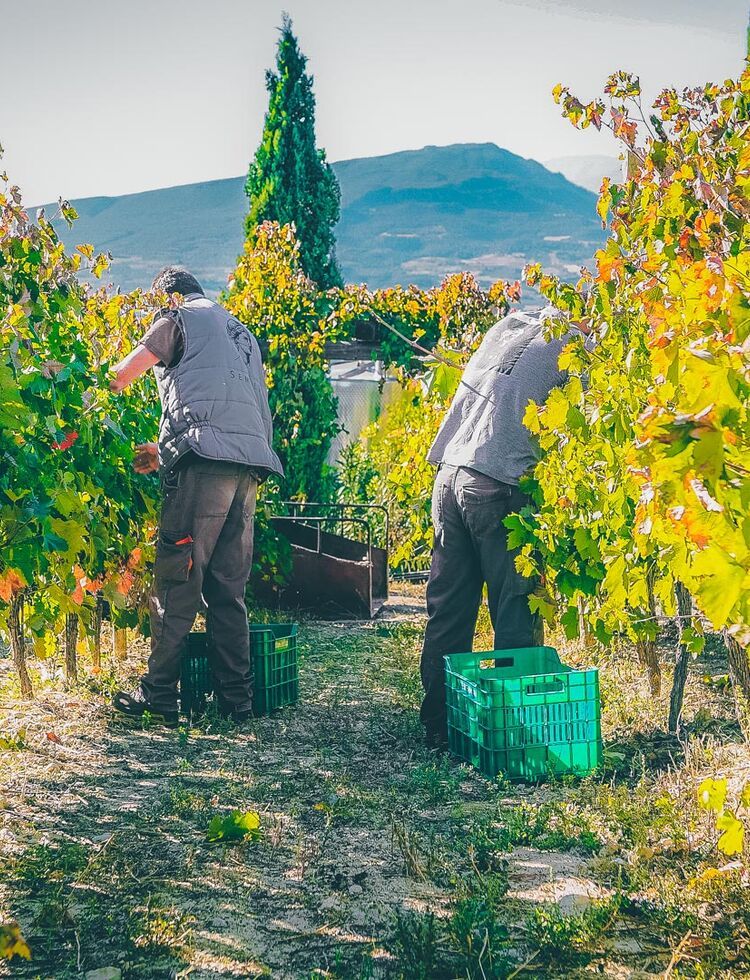