A masterpiece of nature in the Peloponnese 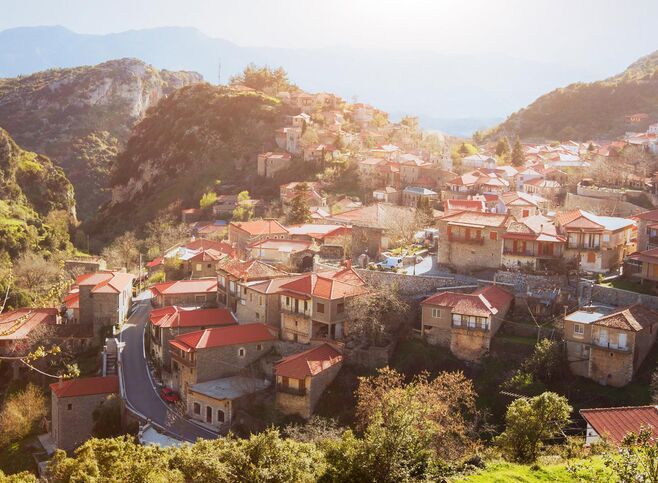 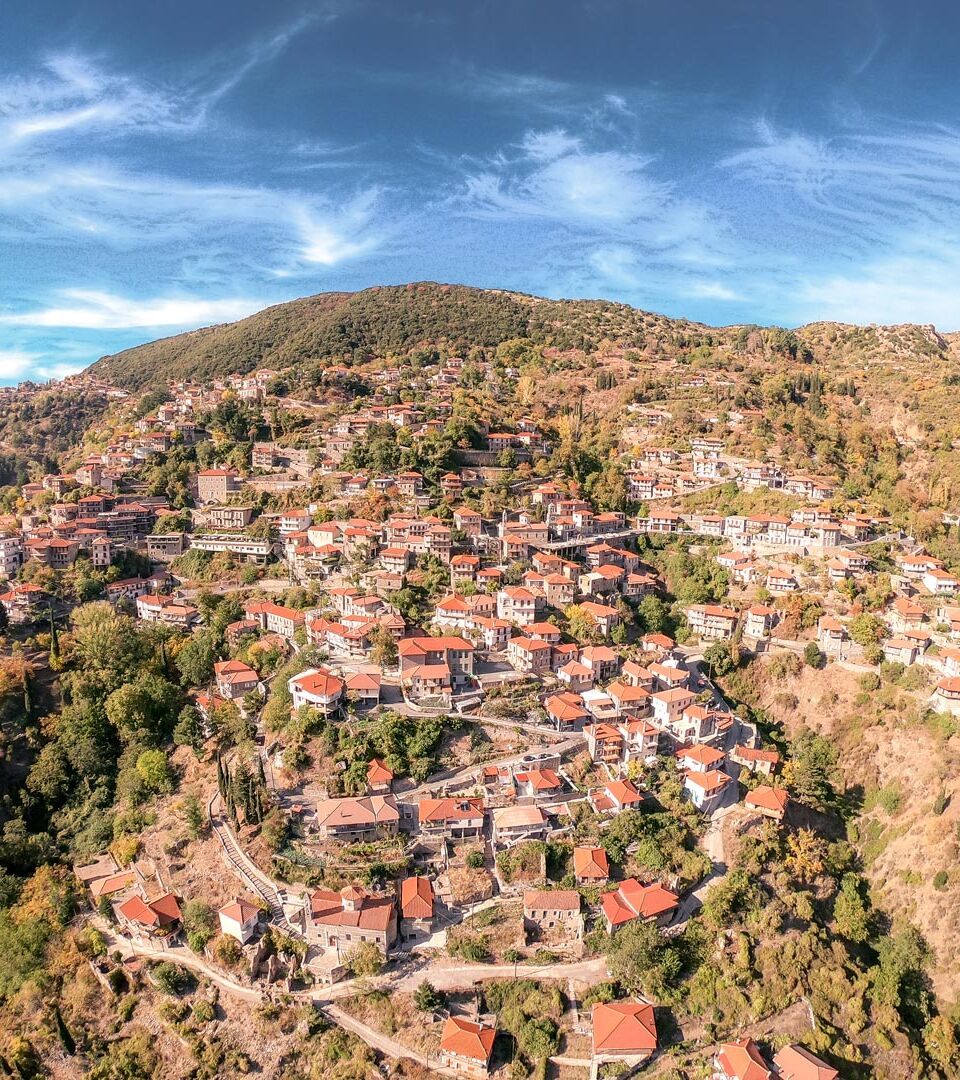 As the Lousios River sparkles in the gorge, ancient temples and old monasteries sanctify the landscape here. Welcome to Mountainous Arcadia, a mythical destination in the Peloponnese, known for its historic villages with traditional architecture and tasteful stone guest houses. Stemnitsa, Dimitsana, Karytaina, Ancient Gortyna … and the monasteries of Prodromos and Philosophos all await. Add to them rafting, hiking, local products, delicious traditional fare, the open-air Water Power Museum and much more.

What to do in Mountainous Arcadia

Spread out along the wooded slopes with their stone, tile-roofed homes and churches with elegant bell towers are Stemnitsa, Dimitsana and Karytaina. Each village has its own long history, natural beauty and array of attractions. In Dimitsana, you’ll visit the library and the open-air Water-Power Museum. In Stemnitsa, you’ll admire the clock tower of St George’s Orthodox Church, the Bournazos mansion and churches of the 12th and 15th centuries. In Karytaina, you’ll be impressed by the castle known as the Greek Toledo. Built in the 13th century, it was one of the best-fortified castles in the Peloponnese.

The Prodromos and Philosophos monasteries

If you are lucky, the monks of the Prodromos Monastery will treat you to sweet loukoumia (Turkish delight) and, then, as you walk out onto one of the wooden balconies of the monastery, built overlooking the Lousios Gorge in the 16th century, you’ll savour a view that is equally divine.
The beauty of the Peloponnese lies at your feet and a path leads down to the Lousios River and then ascends to the other side of the gorge, bringing you to the Philosophos Monastery, built in 1691. There’s a 10th-century Catholic church to visit as well as well as the so-called New monastery (Nea Moni Philosophou), where you can admire the murals that have embellished it since 1693. It is one of the most impressive attractions in the area.

The ancient valley of Gortyna

The most important ancient site in the Lousios Valley, this landscape exudes a timeless energy. The remains of the city that flourished during the Classical and Hellenistic periods lie at the edge of the gorge. Excavations uncovered two acropolises, two Asklepeia (health centres), bath-houses, temples and thermal springs.

The only one of its kind in Greece, this museum displays the technology of the pre-industrial period that exploited the driving force of water. By touring the facilities – the restored gunpowder mill, tanneries, fulling mill, distillery, watermill – you’ll learn all about these modes of production.

The epicentre of Arcadia is the capital, Tripoli, built 650m above sea level. It was founded at the beginning of the 14th century and called Tripolitsa (little Tripoli) until the 19th century. Many of its conquerors, such as the Venetians and the Turks, left their mark here. In Tripoli, there are still listed neoclassical buildings and impressive churches, large squares and parks. It is worth visiting the War Museum, Cultural Centre, Matzouneio Public Library and the extremely well-organised Archaeological Museum, housed in a building designed by Ernst Ziller, an architect so enamoured by Greece that he ended up adopting its nationality.

Rafting and trekking in the Lousios River

The river is perfect for whitewater rafting and you’ll also love hiking and trekking in the gorge. Here in this Peloponnese landscape, lovers of outdoor sports will recharge their batteries.

The small square pastries that you’ll see in all the shops selling traditional products are called toutoumia. Now’s your chance to stock up on local herbs, sweets and handmade pasta too.

What does the interior of a traditional home in Mountainous Arcadia look like? You’ll find out at the Folklore Museum of Stemnitsa, where reproductions of traditional workshops are also on view.