One-of-a-kind relaxation and reflection in the Cyclades 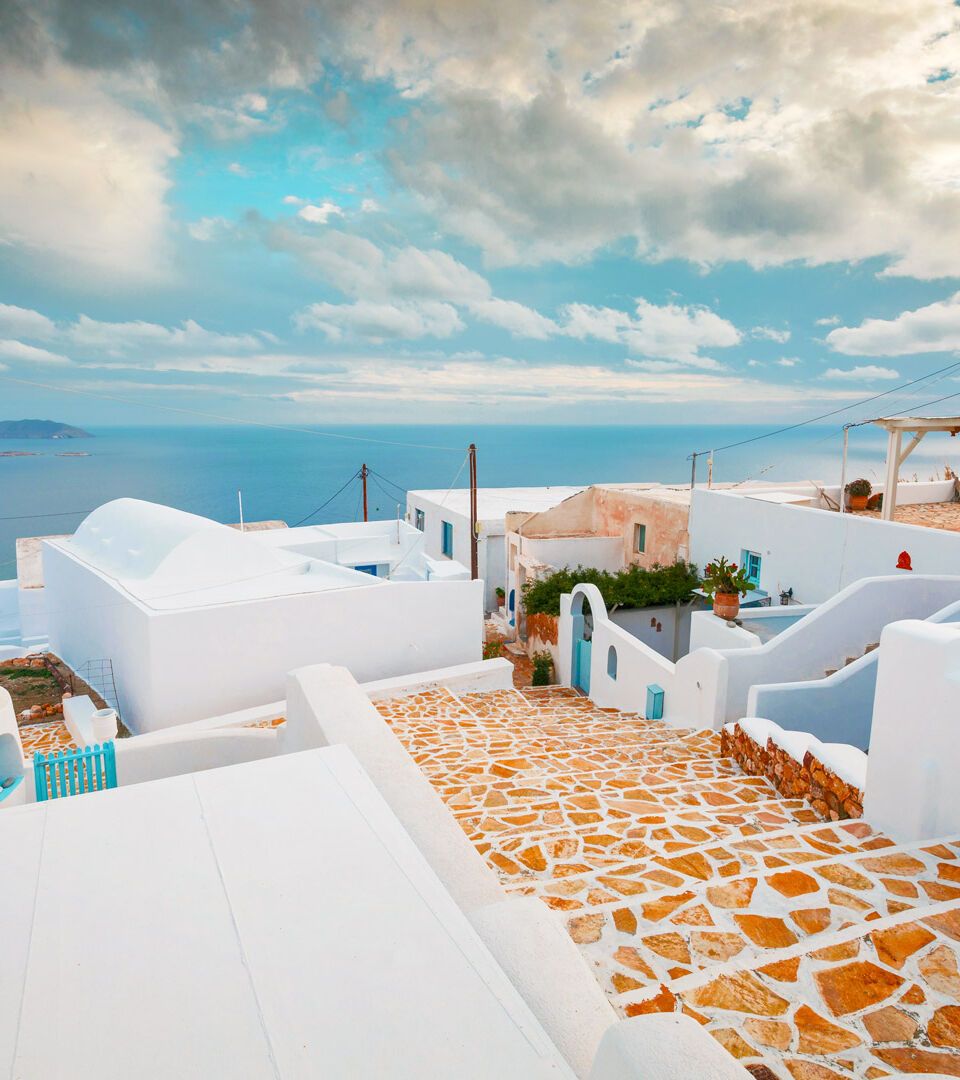 Bugün
22°
THU
22°
FRI
23°
SAT
24°
SUN
24°
Known for its dazzling light and wild yet serene nature, Anafi is a largely undiscovered gem in the Cyclades

It is said to have emerged from the angry waves at the command of the god Apollo and was a refuge for the sea-weary Argonauts. Today, Anafi, the child of music, is a haven for all visitors seeking intimacy with nature at its most unspoilt. Even the most seasoned traveller will find one-of-a-kind relaxation and reflection in plentiful supply.

Virgin beaches, footpaths, hills, chapels, buildings displaying the skills of local craftspeople and interesting archaeological sites are the backdrop to an island where people follow a simple lifestyle, harmoniously combining tradition with the modern-day. Modest and quiet compared to its cosmopolitan Cycladic neighbours (especially neighbouring Santorini), Anafi exudes an inherent confidence in its subtle charms.

Things to do in Anafi

Amphitheatrically built upon the ruins of a Venetian castle, 3km from the harbour of Agios Nikolaos, Hora (the island’s main town) quite literally sparkles. You will wander its narrow alleys, impressed by its distinctive Aegean architecture and calmed by its relaxed, leisurely pace. Little whitewashed houses and gardens in full bloom will remind you of Anafiotica, the neighbourhood under the Acropolis of Athens, built by highly skilled craftsmen from Anafi. Enjoy the limitless view to the sea and lose yourself in romantic musings at sunset against the backdrop of the two windmills on the hillside.

The highest monolith in the eastern Mediterranean, the 460m tall limestone rock of Kalamos at the eastern end of the island constitutes its most impressive natural sight. “The most terrifying rock in the world”, according to an 18th-century French traveller, it is particularly popular with experienced rappellers and climbers.

A part of Kalamos is the Cave of Drakontospilo, which can be reached only by footpath. It is a fascinating spectacle festooned with stalactites and stalagmites. Look out for the school of seals which, according to the locals, make frequent appearances in the area.

The Monastery of Panagia Kalamiotissa

At the top of Kalamos, at the end of a path starting from the Monastery of Zoothohos Pigi (Kato Panagia), as another monastery, dedicated to the Virgin Mary. You’ll admire the rugged, imposing landscape as you ascend, accompanied by the caws of hawks and the gentle whistle of the wind. On reaching the summit, you’ll be awestruck at the sight of the elegant church with its white dome and bell tower, not to mention the breathless blue of the sea and the sky uniting on the fine thread of the horizon.

With their wild beauty and clear waters, the beaches of Anafi offer a transfixing, crowd-free experience. Endless hours of fun and relaxation are at your disposal.

On the south coast, you will find the sandy shores of Agios Nikolaos, Katsouni, and Klisidi. You can also swim in the turquoise waters of the endless beach of Roukounas, with its pebbly sand and tamaris, or the magnificent gold coasts of Flamourou and Prasies.

Accommodation and food in Anafi

Well-kept rented rooms and hotels will cover your accommodation needs on the island. As for food, you will have your fill of fresh fish and dishes infused with the distinctive aroma of locally produced saffron. Don’t miss out on the opportunity to try sweets made with delicious local honey.

Clinging to the craggy northern coast of the island is the chapel of Agios Antonios with the eye-catching double arch on its roof. In the only Byzantine temple of the island, you will find frescos of Candlemas, the Ascension and Nativity dating from the early-14th century.

Circumnavigating Anafi by boat will allow you to discover beaches, difficult or even impossible to access by road. Passing by Kalamos, with its towering, vertical rocks, will no doubt be the standout moment.