The National Archaeological Museum was founded in 1829. It was the first museum founded in the Greek state after the revolutionary struggle and the liberation of Greece from the Ottoman yoke.
View on map
See the gallery

The National Archaeological Museum is the largest museum in Greece and one of the most important in the world. Originally destined to receive all the 19th century excavations, mainly from Attica and other parts of the country, it gradually took the form of a central National Archaeological Museum and was enriched with finds from all parts of the Greek world. His rich collections, enumerating more than 11,000 exhibits, offer the visitor a panorama of ancient Greek culture from the beginning of prehistory to the late antiquity.

The museum is housed in the imposing neoclassical building, built at the end of the 19th century in designs by L. Lange and eventually formed by Ernst Ziller. Its exhibition grounds, dozens of halls on each floor, cover an area of 8,000 m² and houses the five major permanent collections:

• The Collection of Prehistoric Antiquities, including works of the great civilizations that developed in the Aegean from the 6th millennium to 1050 BC. (Neolithic, Cycladic and Mycenaean) and finds from the prehistoric settlement of Thira.
• The Sculpture Collection, which presents the evolution of ancient Greek sculpture from the 7th century. B.C. until the 5th c. AD, through unique works of art.
• The Vase and Minerals Collection, which includes representative works of ancient Greek ceramics from the 11th century. B.C. up to the Roman era, as well as the Stathatos Collection, a timeless collection of miniature artifacts.
• The Metallurgical Works Collection with many unique original works, statues, figurines and miniature works.
• Finally, the unique for Greece Collection of Egyptian and Eastern Antiquities with works of art, dating from the pre-emptive period (5000 BC) to the times of the Roman conquest.

The museum has a rich photographic archive and a library with many rare editions, which is continuously enriched for the needs of scientific staff. It also has modern workshops for the maintenance of metallic objects, ceramics, stone, casting workshops, organic materials, photographic workshop and chemical laboratory. There are also halls of periodical exhibitions, a lecture theater, as well as one of the largest collections of the Archaeological Resources Fund.
The National Archaeological Museum accepts thousands of visitors each year. Along with the exhibition of exhibits, he organizes periodical exhibitions and participates by lending his works to exhibitions both in Greece and abroad.
In addition, it serves as a research center for scientists from all over the world and participates in the development of special educational and other programs. Archaeological lectures are organized in the amphitheater, while innovation is also the possibility of guiding people with hearing problems by scientific staff.

The museum functions as a Special Regional Service of the Ministry of Culture, while its five permanent collections, apart from exhibition sections, are also autonomous administrative departments.

To get the most out of your experience in Athens, visit between October-April when the summer crowds have thinned

Visitors with disabilities at the National Archaeological Museum

The National Archaeological Museum has a separate entrance for people with disabilities on the side of Vas. Herakleiou Street, accessed either by a ramp from the main view of the Museum or directly from the pavement of Vas. Herakleiou (see map plan on the Interior Map Premises).

Also, at the basement level there is W.C for the disabled with all the appropriate infrastructure. Both access to the underground level and the first floor, there are lifts. A wheelchair is also available in the museum’s information. As for people with total or partial loss of vision, they can request a list of 20 exhibits of the Sculpture Collection that can be accessed by museum information.

Finally, there are organized educational programs and services for groups of people with total or partial loss of vision (tactile thematic tours and workshops), with deafness and special educational needs, implemented by archaeologists of the National Archaeological Museum, depending on the demand of the interested persons in the context of special anniversaries.

The National Archaeological Museum, as a public institution of culture, open and hospitable, through its multi-faceted program of activities makes an effort, among other things, to provide a venue for expression and dialogue among artists and visual art groups from Greece and abroad. The Museum café hosts works of artists, offering visual stimuli and insights to the public, while, at the same time, in the renovated with 700 new kinds of plants garden-patio, musical performances take place integrated into the established annual events of the Hellenic Ministry of Culture and Sports (Museums Day, August Full Moon et al.).

Entrance to the cafe is free without a ticket. 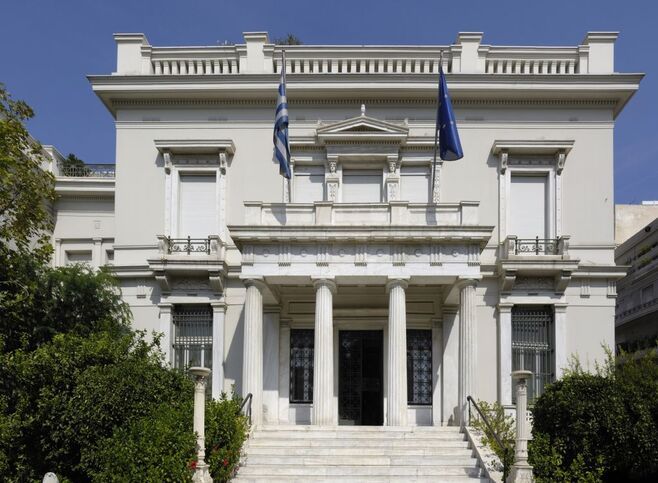 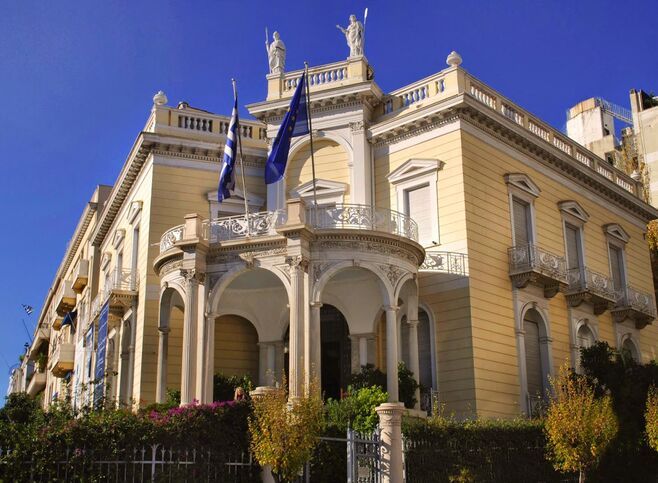 Neophytou Douka 4, p.c. 106 74
The Museum of Cycladic Art is a living cultural institution in the centre of Athens that focuses on the promotion of the ancient civilizations of the Aegean and Cyprus, with special emphasis on Cycladic art of the 3rd millennium BC.
BOOK NOW MORE
DESTINAZIONE