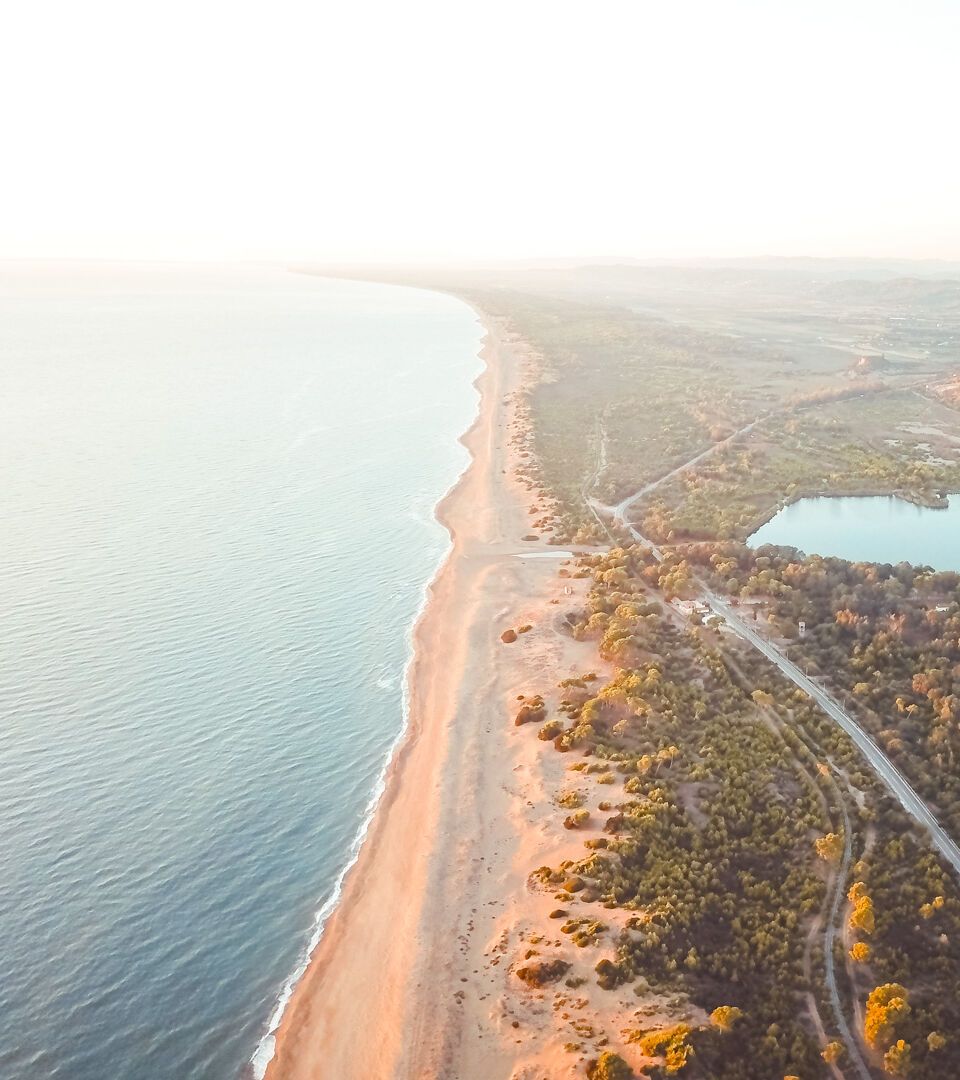 Bugün
7°
FRI
8°
SAT
8°
SUN
8°
MON
6°
This little known region in the Peloponnese is your launchpad for golden beaches, spas, trekking and fun-packed holidays

A long coastline embracing the western side of Ilia, with the wonderful waters of the Ionian, can turn your summers into a dream – leaving you wanting just that little bit more of those golden rays and limpid seas. The unique natural landscapes boast a variety that never lets up: scenes change as if nature were performing a medley of all her greatest hits. Start with a visit to the original home of the Olympic Games, Ancient Olympia, where the energy of those first athletic events still lingers in the air. After your brush with Ilia’s sporting past, your journey continues through valleys and mountains and on to the wonderful beaches of the area. There are many secrets to uncover and many wonderful holiday experiences to be savoured on this western stretch of the Peloponnese.

What to do in Ιlia

Zaharo, embedded among the trees

One end of the village climbs up the hill while the other reaches across the valley, down to an excellent sandy beach and the sparkling waters of the Ionian Sea, with pine and olive trees growing everywhere.

All the beaches are sandy and caressed by clear waters. Some are ideal for water sports, others for relaxation and moments of tranquillity, while many carry the distinction of a blue flag. Some are adorned with lilies and others with pine trees. Arkoudi, Glyfa, the Kaifa beach, Hrisi Akti, Zaharo, Agios Andreas, Levedohori, Samiko, Vartholomio and more besides could turn you all into sun, sea and sand aficionados in no time, leaving you with solid gold memories to cherish back home.

As you approach Kaïafas, a vast pine forest greets you. The thermal springs here flow from the caves of the Anigrian and Atlantean nymphs. A narrow strip of land separates the sea from the Lagoon of Kaïafas and the islet of Agia Ekaterini is set in the middle like a gemstone. Your holidays here will be like a fairy tale.

Welcome to Pyrgos, the capital of the prefecture and its administrative, financial and commercial centre. Pyrgos began to develop in the 17th century around a large tower built by its founder, Ioannis Tsernotas, on the Eparheio Hill. Among its landmarks and attractions are the town hall, the old municipal market and the Apollo Theatre, built in 1878 and restored in 1995.

Discover the picturesque little port of Katakolo with its fishing boats and seafood tavernas. A bit further north, at Agios Andreas, you’ll find the best beach bars in the area in small bays ideal for dips and parties. To the south begins that astounding beach whose golden dunes stretch all the way to Kyparissia.

The well-known port of Ilia where voyages to the Ionian Islands commence is not a place you get to know just by passing through. The beauty of Killini will entice you to drop anchor for a while and enjoy a relaxing holiday on beaches, cooled by the Ionian breeze and enriched by a palette of colours.

One of the most beautiful traditional villages on Ilia’s spectacular mountain range, it features stone-built houses, cobbled alleys and stone sources spouting cool spring waters. It can be an ideal base for your expeditions to nearby sights, a highlight among which is the Temple of Apollo Epicurius at Bassae. Within Andritsaina itself, the public library is the proud custodian of a number of rare editions and priceless manuscripts.

The wineries of Ilia

The vineyard estates of the area organise wine sampling visits and interesting events which will initiate you into the secrets of wine making.

Like the traveller Pausanias in the second century, you too will be impressed by the isolated Τemple of Apollo Epikourios at Bassae, which means ‘little valley in the mountains’. According to Pausanias, it was designed by Iktinos, the architect of the Parthenon, and built sometime around 420-400 BC by the inhabitants of ancient Phygaleia. Naturally shielded from the elements, its architectural genius remains timeless. The first ancient Greek monument to be listed by Unesco as a World Heritage Site in 1986, it is certain to engrave itself onto your memory.

The Neda, Greece’s only ‘female’ river

The Neda River has sculpted the beautiful landscape between the peaks of Mt Tetrazio to Kyparissia Bay. From its source on Mount Lykaion, the river (the only one in Greek to take the female article) meanders through steep ravines, cool plateaus, lush gorges and dark caves, passing under stone bridges and cascading over cliffs to reach the sea 32km away.

The sturdy oaks of Foloi

On the plateau of Foloi, which the locals have dubbed “the balcony of Ilia” (owing to its panoramic view), you can find one of the rarest and largest oak tree forests, now incorporated into the Natura 2000 network. Lose yourself in the magic of the forest, gazing up at the defiant oaks, so colossal that they seem to touch the sky. In contrast to some of the surrounding areas, it is relatively flat and so an open invitation to hikers to take to its gorgeous trails.

Careful not to disturb the sea turtles!

The second-most important nesting ground for the Caretta Caretta sea turtle, after Zakynthos, is the beach of Kalo Nero at the mouth of the Neda River. You can learn more about this endangered and emblematic animal at the information centres at Kalo Nero and at Elea.

Ready for some trekking?

The Neda River never fails to take the breath away as you hike down it in the summer or early autumn. You can begin your exciting trek at the village of Petra.