A romantic castle town that defies time and history 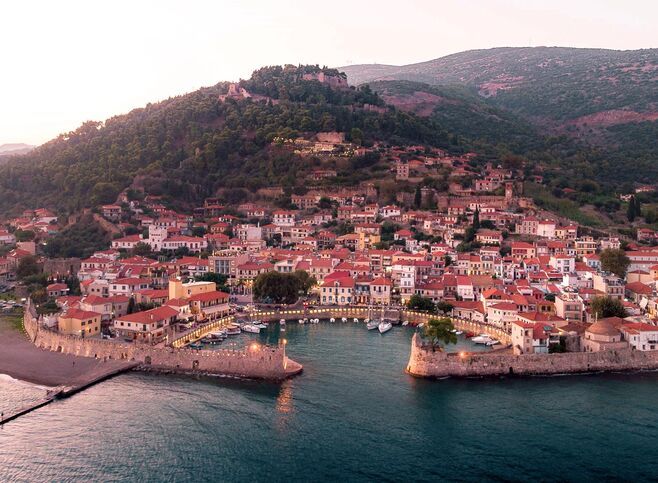 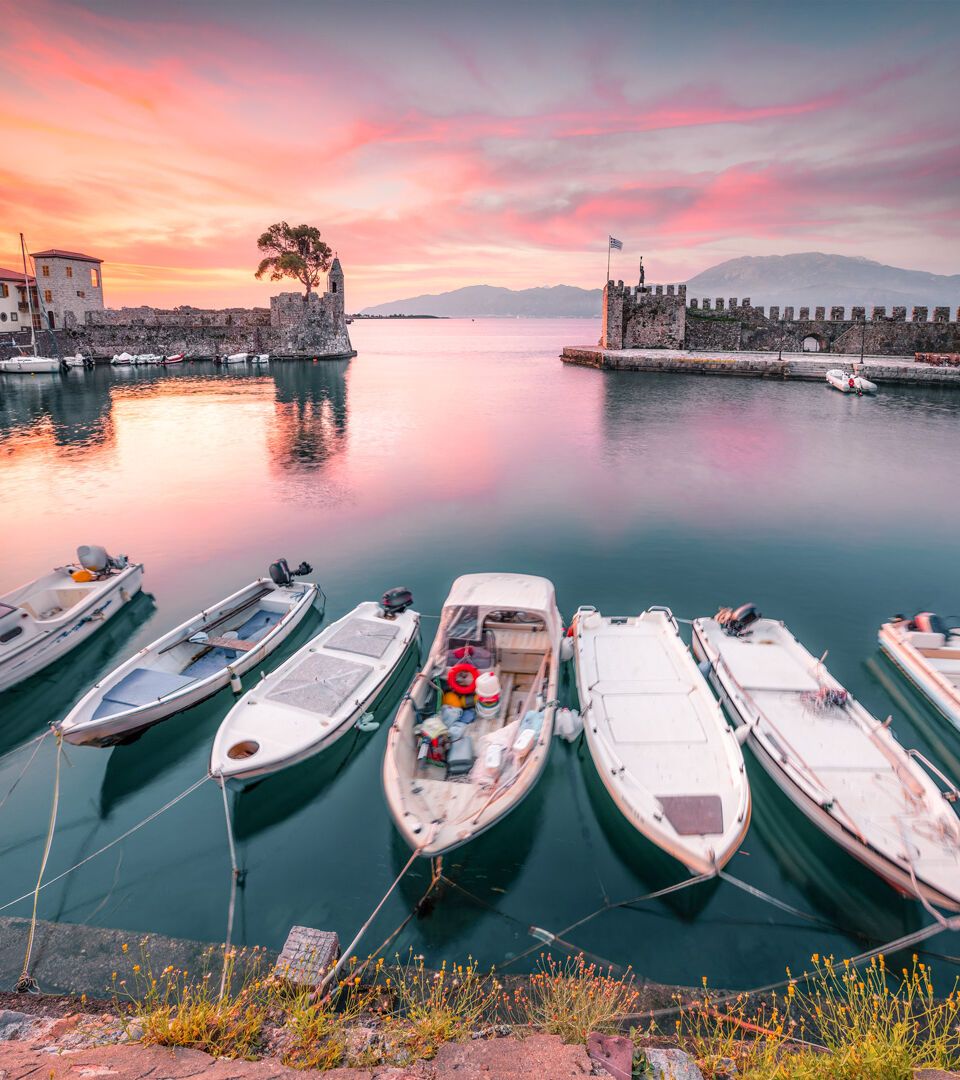 Bugün
8°
SAT
8°
SUN
4°
MON
2°
TUE
3°
What has passed and what still exists merge as a colourful tapestry of images you cannot draw your eyes away from when you are in Nafpaktos.

Nafpaktos is one of a few cities in Greece that has survived for 30 centuries of turbulent history, imprinted forever on its monuments. Built at the foot of the Pindos mountain range, it is embraced reassuringly by its mighty castle, whose walls reach down to the Corinthian Gulf. It is a picturesque city with neighbourhoods to match. Full of warm, welcoming inhabitants, it lies in a historic region whose visitors are treated all year round to spectacular mountain ranges, traditional villages and beaches with refreshingly clear waters.

Things to do in Nafpaktos

Amongst the most beautiful and picturesque in the country, Nafpaktos’ Venetian harbour is love at first sight. It’s a meeting point for locals and where you’ll enjoy a coffee in the shade of plane trees, with a view of the sea and the castle walls.

On the way to the castle…

Starting at the harbour and making your way along steepening cobbled streets, passing through neighbourhoods with gardens in bloom, the climb to the lofty fortress is a fascinating one. On the way, you will come across Botsaris’ Tower, an impressive 15th-century building serving as a museum, and the town clock dating from 1914. The castle itself, while acclaimed for its beauty, also represents one of the best-preserved examples of Venetian fortifications in Greece. The view from the top of the hill to the sea and the impressive Bridge of Rio-Antirio is unique.

Let your imagination travel and see in your mind’s eye the Sea Battle of Nafpaktos – or Lepanto as it was known then – raging. It was the decisive battle through which a coalition of the European powers put paid to 16th-century Turkish dominance in the Mediterranean.

Down by the sea

The two beaches of the city, Psani and Gribovo, stand out for the centuries-old plane trees which sway along to the sound of the waves. Both beaches, having won the distinction of a blue flag, offer hours of relaxation as well as an opportunity for relaxing strolls.

The Castle of Roumeli, as it used to be called, was built at the sea’s edge in the 15th century. Today, you could be forgiven for imagining it stretching out to join forces with its impressive counterpart on the northern shores of the Peloponnese. Indeed, both the castles of Nakpaktos and Antirrio were the tireless guardians of the Corinthian Gulf for centuries. Cultural events, especially in the summer, have now replaced some of the more brutal exploits of the past!

From Nafpaktos, head to Mountainous Nafpaktia, one of the most exciting mountain destinations in Greece and ideal for a road trip. The dense forests, the Evinos River and its lake, Evinolimni, ravines and stone-built sources with free-flowing water will have you thinking you’ve driven straight into a chapter of one of the Grimm brothers’ finest tales. Along enchanting trails through lush slopes, with oak, fir, beech and chestnut trees, you will begin to see emerging … one after the other, villages perched on the peaks overlooking their own little valleys. Ano Hora (most geared to tourist needs), Ampelakiotissa (with its monastery of the same name) and Terpsithea, Elatou, Platanos, Simos, Kato Hora and Kryoneri are just some of the villages whose warm hospitality await you.

Naturally, such an unspoilt location has countless experiences to offer. All you need to do is get stuck in! Heave those boats into the water and get rowing down the Evinos River. With rafting, canoeing & kayaking, hiking along the riverbank and abseiling, or perhaps mountain climbing in Varasova (the mountain that rises vertically from the sea to 900m) or a ride in a 4x4 SUV.

At a height of 1,300m, Agia Kyriaki offers numerous mountain bike trails devised for you to get the most out of the surrounding fir tree forest. All in all, this is the perfect starting point for many an alpine adventure.

With the village of Grammeni Oxia as your base, set out on an excursion to the southernmost beech tree forest in Europe. The symphony of colours, shapes and images offers an incomparable treat.

This is an oak tree forest of unique beauty at an altitude of 820m. If you’re lucky enough to be there in July, you can join in a fascinating event reviving the traditions of pastoral life.